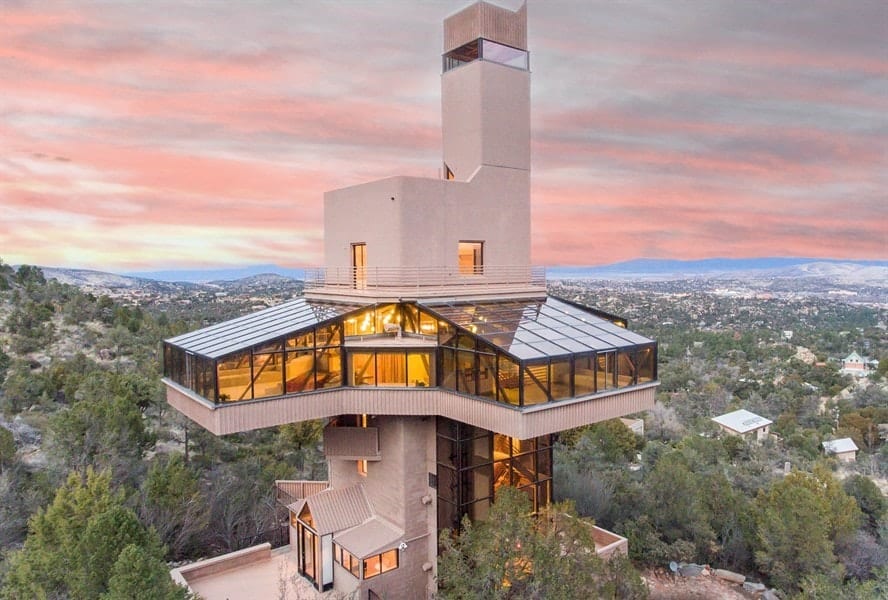 Considered as the world’s tallest single-family home, Falcon Crest is now in the market for anyone who loves to live at cloud-level. Built-in the slope of Prescott, Arizona’s Thumb Butte at a height of 124 feet, this unique home is now for sale priced at $1.5 million.

This energy-efficient home was built in 1994 comprising 10 floors and four wings that flare out near the upper level creating a living space measured at 6,200 square feet with three bedrooms, four bathrooms, a 2,000-square-foot solarium, open kitchen, and great room. A hydraulic glass elevator rises six floors from the garage taking advantage of the view and with the wings surrounded by the all-glass roofs and walls.

The listing agent of the tallest single-family home in the world is Frank Aazami with Russ Lyon of Sotheby’s International Realty.

According to the listing agent, Falcon Crest is the world’s tallest single-family home. Constructed at the the slope of Prescott, Arizona’s Thumb Butte, the house that Phoenix architect Sukumar Pal built for his own family soars to 124 feet and views stretching over 120 miles to mountain ranges in every direction. Also one of the most futuristic homes in the world, Pal built Falcon Crest in 1994 to be energy efficient while still maximizing views with glass walls and ceilings.

Encompassing 10 floors at different levels and angles above a small 24’ by 24’ footprint, most of the living space is found in the home’s four wings that flare out near the upper level creating a residence of 6,200 square feet with three bedrooms, four full baths, 2,000-square-foot solarium, open kitchen and great room. A hydraulic glass elevator rises six floors from the garage taking advantage of the view and with the wings surrounded by the all-glass roofs and walls.

Having won multiple awards for his specialization in designing energy-efficient homes, the Pal residence has won four residential architecture world records including top honors for its unconventional heating and cooling systems that utilize passive solar for winter heat and micro climate and convective cooling in the summer.

Building a tower with a small footprint has achieved three major goals of Pal’s design. Taxes are considerably lower on a small footprint compared to a house that sprawls across its lot. For each gradient in height, the views become more expansive, and the height increases air movement from ground level up through the top of the tower.

Highly adaptable for various uses, the unique structure can be used as a single family home, a work-living space, lab or offices. The listing agent is Frank Aazami with Russ Lyon Sotheby’s International Realty. Priced at $1.5 million. 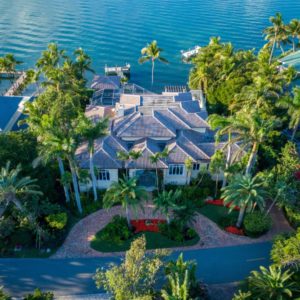 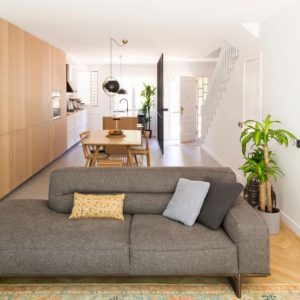