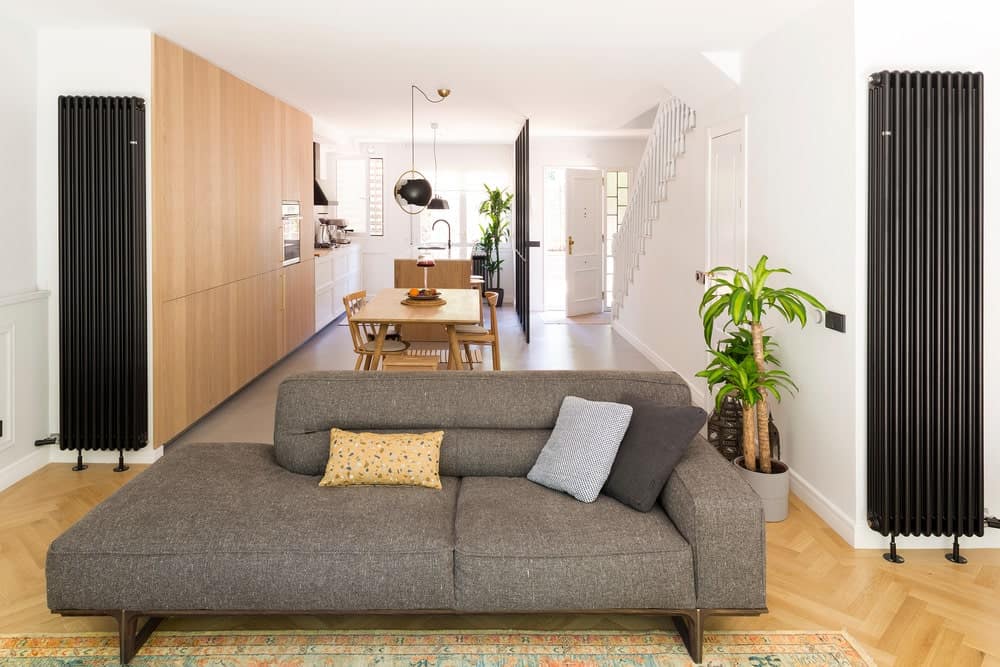 Casa YAD is located very near to Barcelona, where it breathes purer air filtered through the Sierra de Collserola that separates it from Barcelona.

Contrary to what one might imagine about the habits of a family living in a house of one hundred and sixty square meters, the inhabitants of YAD house are not a stereotypical Latin family; at YAD house there was not that much baggage to store and therein lies the essence of the project; simplicity and space brought to fruition using a refined and select combination of materials.

The mission to completely refurbish Casa YAD, commissioned by a Taiwanese Hispanic couple, arrived in GOKOSTUDIO’s inbox following an in-depth process of reflection by the owners. The result made the first phase of the project straightforward because its inhabitants had clearly identified their needs and priorities.

The inhabitants of Casa YAD were aware of the limitations of the house, with one exception: “height”.

The most difficult aspect of the project was that the desired spatial layout was at odds with the inherited house. The house built during the eighties had just two and a half meters between floors.

Consequently, the design of the layout of the bathrooms and the definition of the fittings had to be very precise to avoid lowering the ceiling a single centimeter.

The whole ground floor opens onto the back garden to provide a closer relationship with the outdoors, thanks to a huge sliding window, which spans the opening between the two side walls.

The kitchen, dining room and living room spaces are a continuum that can be distinguished from each other thanks to a refined and select change in the materials used for the furniture and flooring.

While respecting the axes and symmetries that make the living room harmonious and proportional, the courtesy toilet was fitted into just 0,90 square meters … which, even in dark grey, has the effect of drawing you in …

The first floor relinquishes one of its old bedrooms to endow the primary bedroom with a light and space that invade everything, even disguising its low ceiling.

An attic floor keeps its “orange” wooden ceiling and a bookcase inherited from the previous owners, which contrasts with the new micro-cement floor, making this a perfect office space.

With its unassuming language, purity of materials and simplicity of lines that are anything but minimalist, Casa YAD is also (or above all) able to make room for contemplative spaces, despite the hectic pace of its inhabitants. 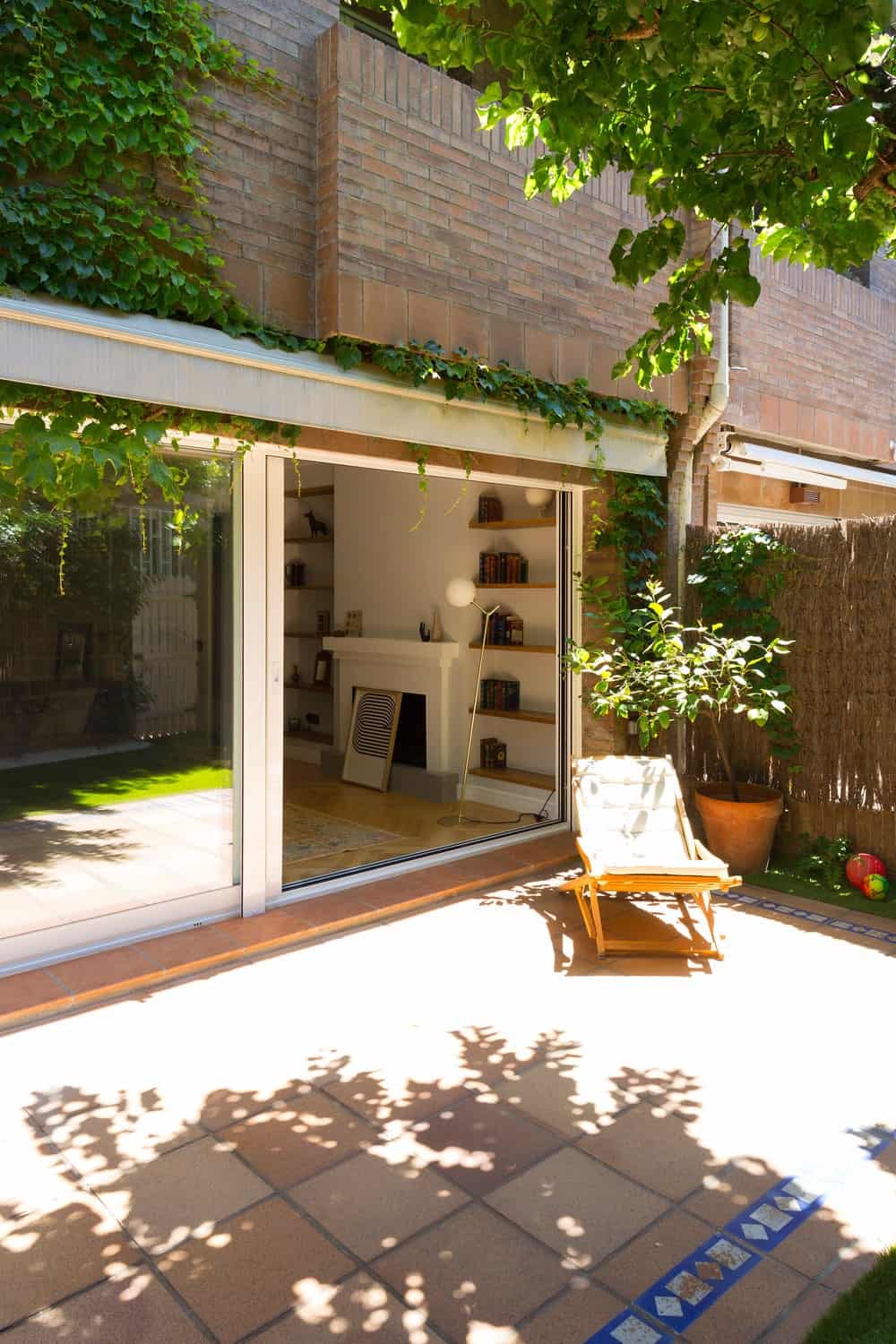 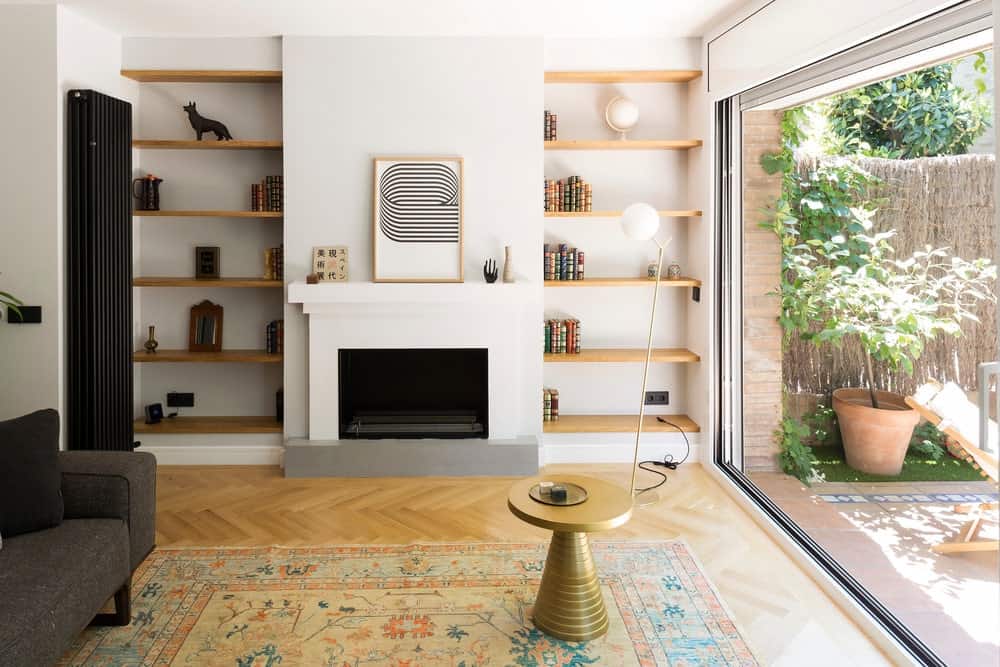 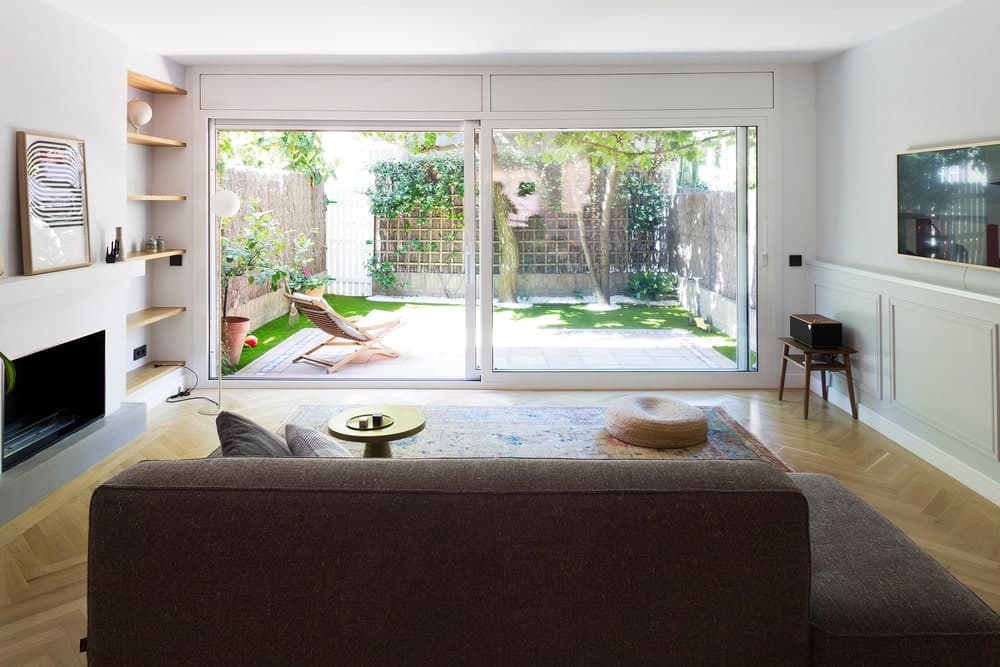 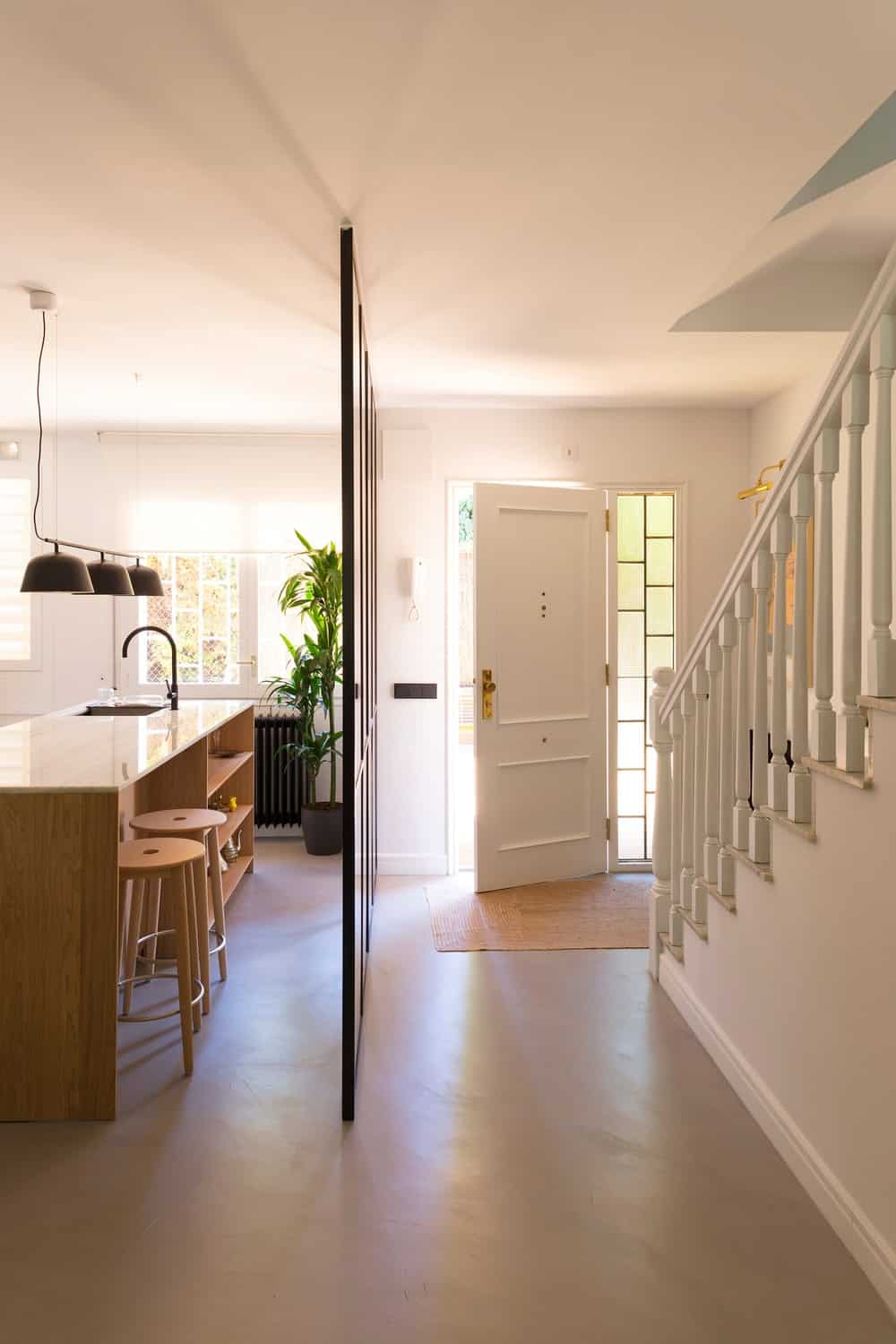 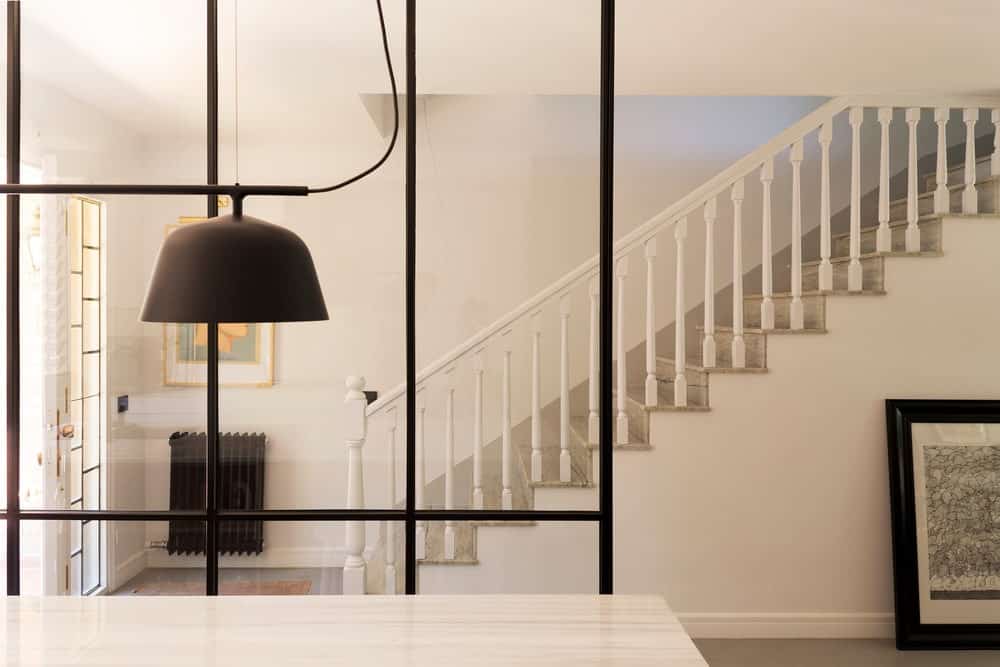 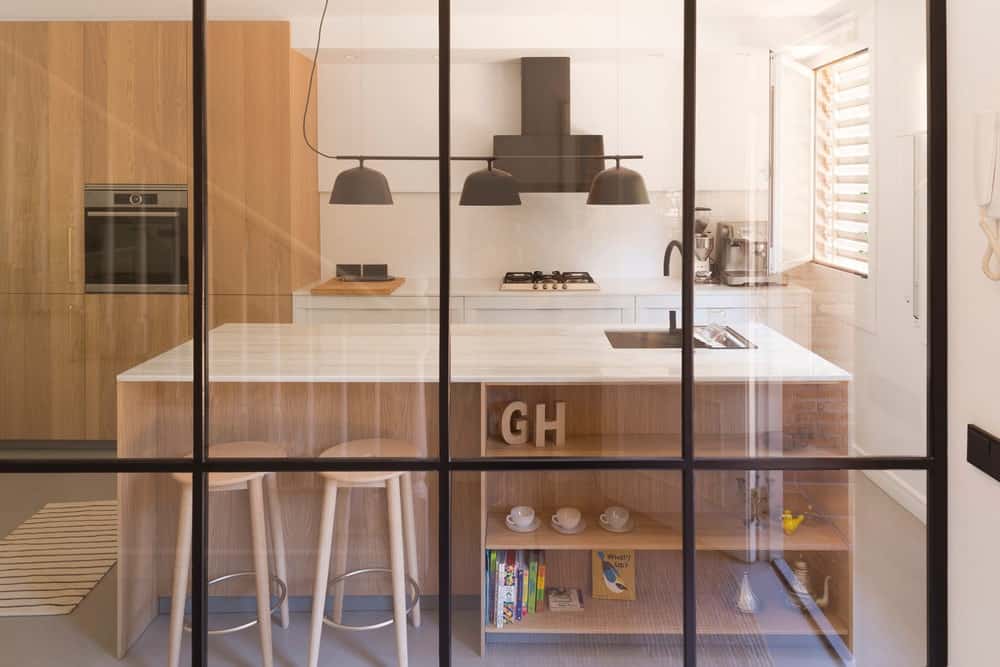 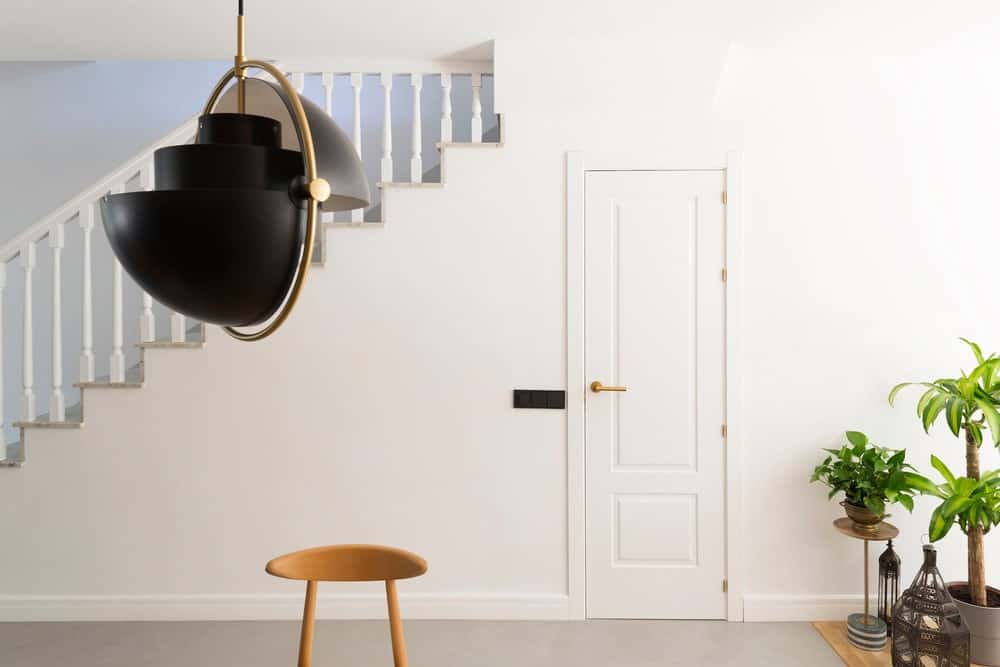 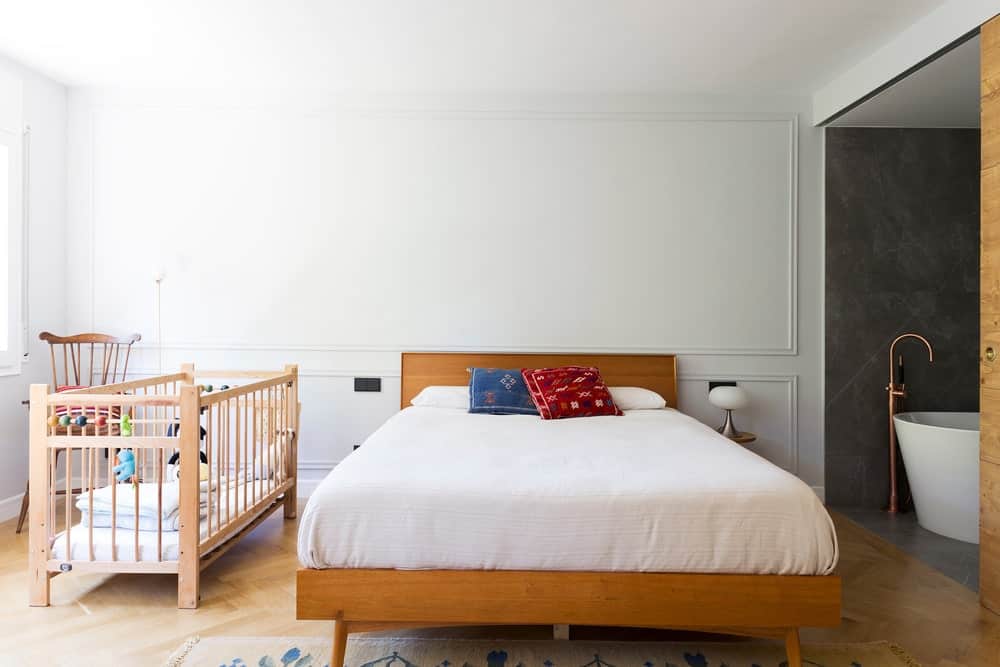 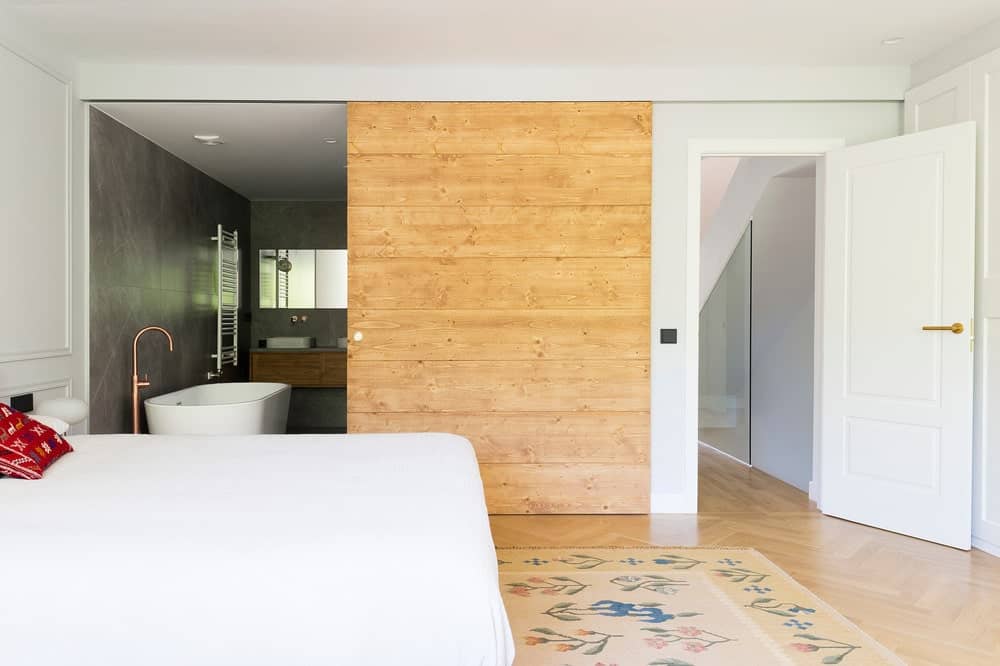 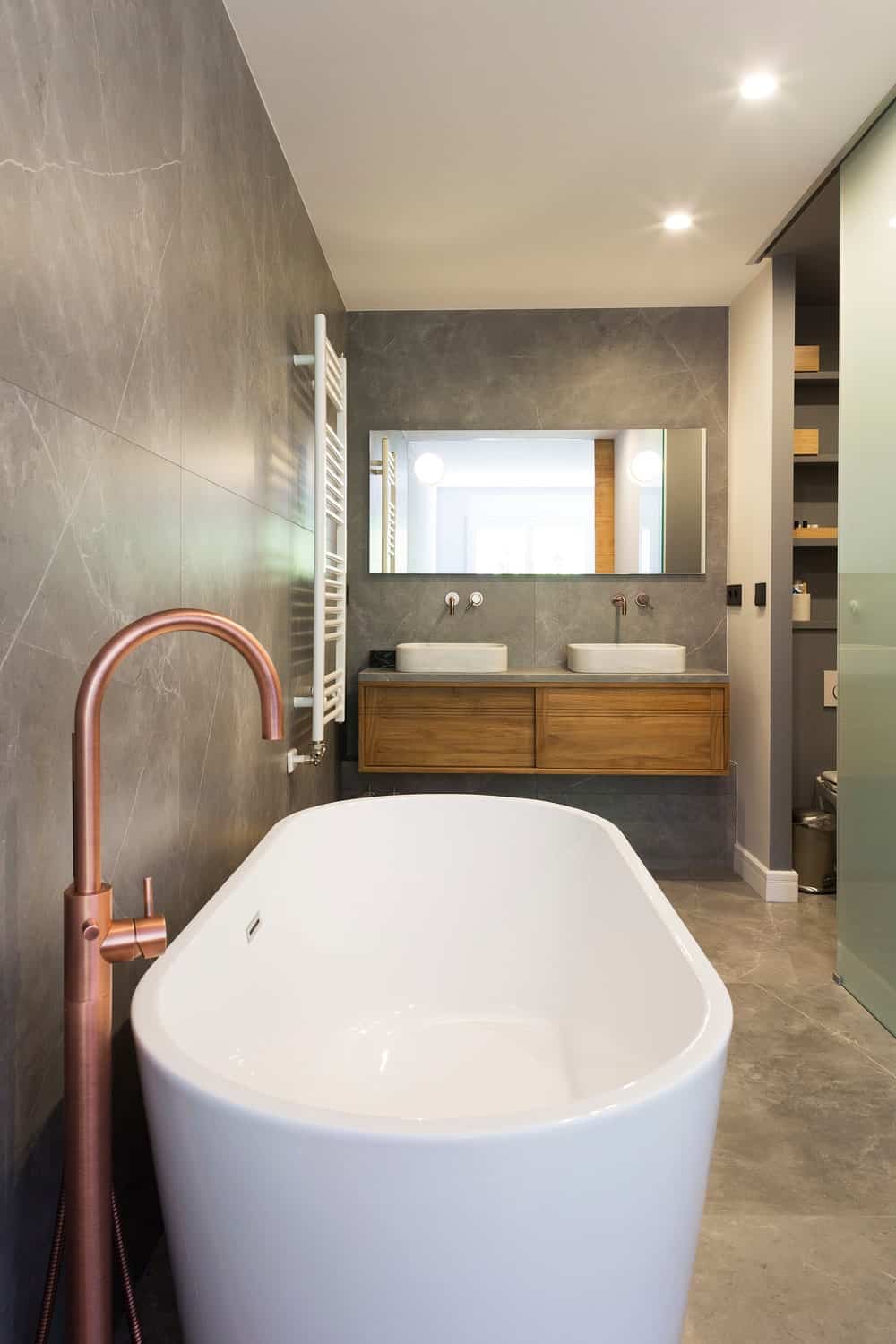 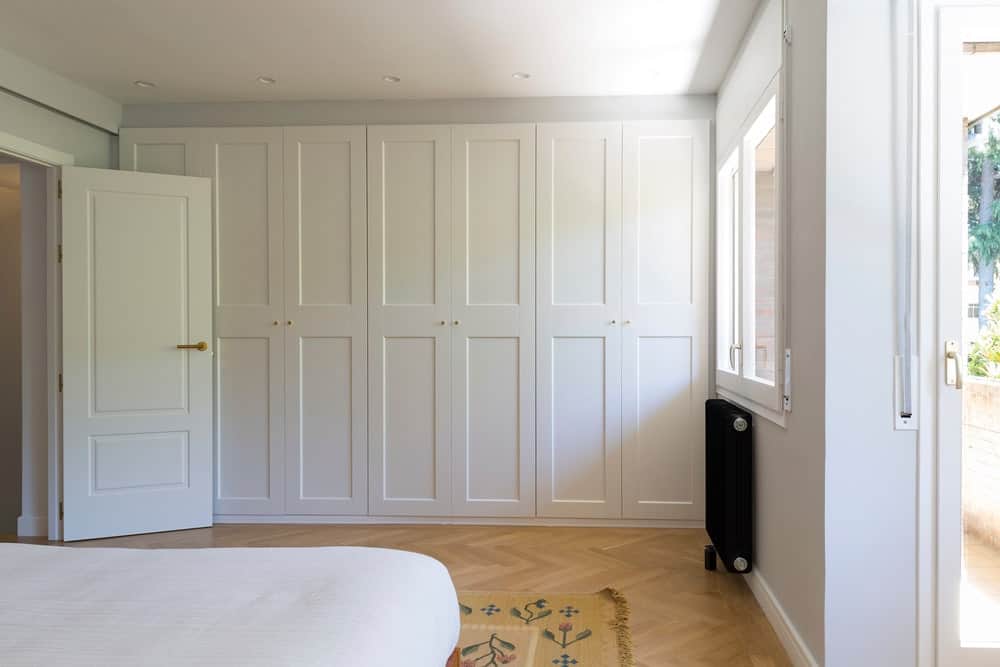 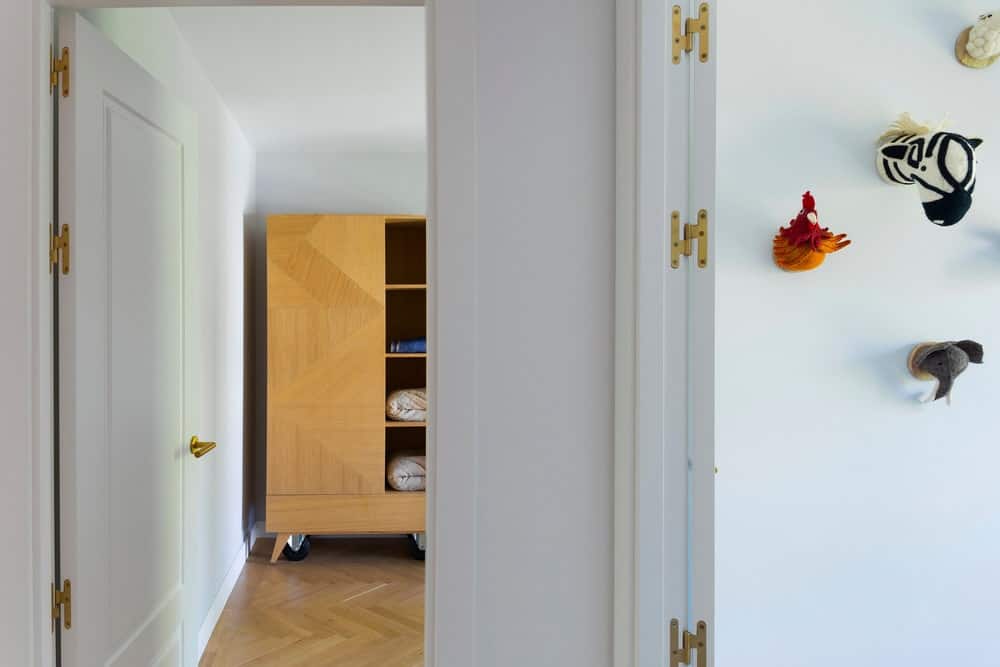 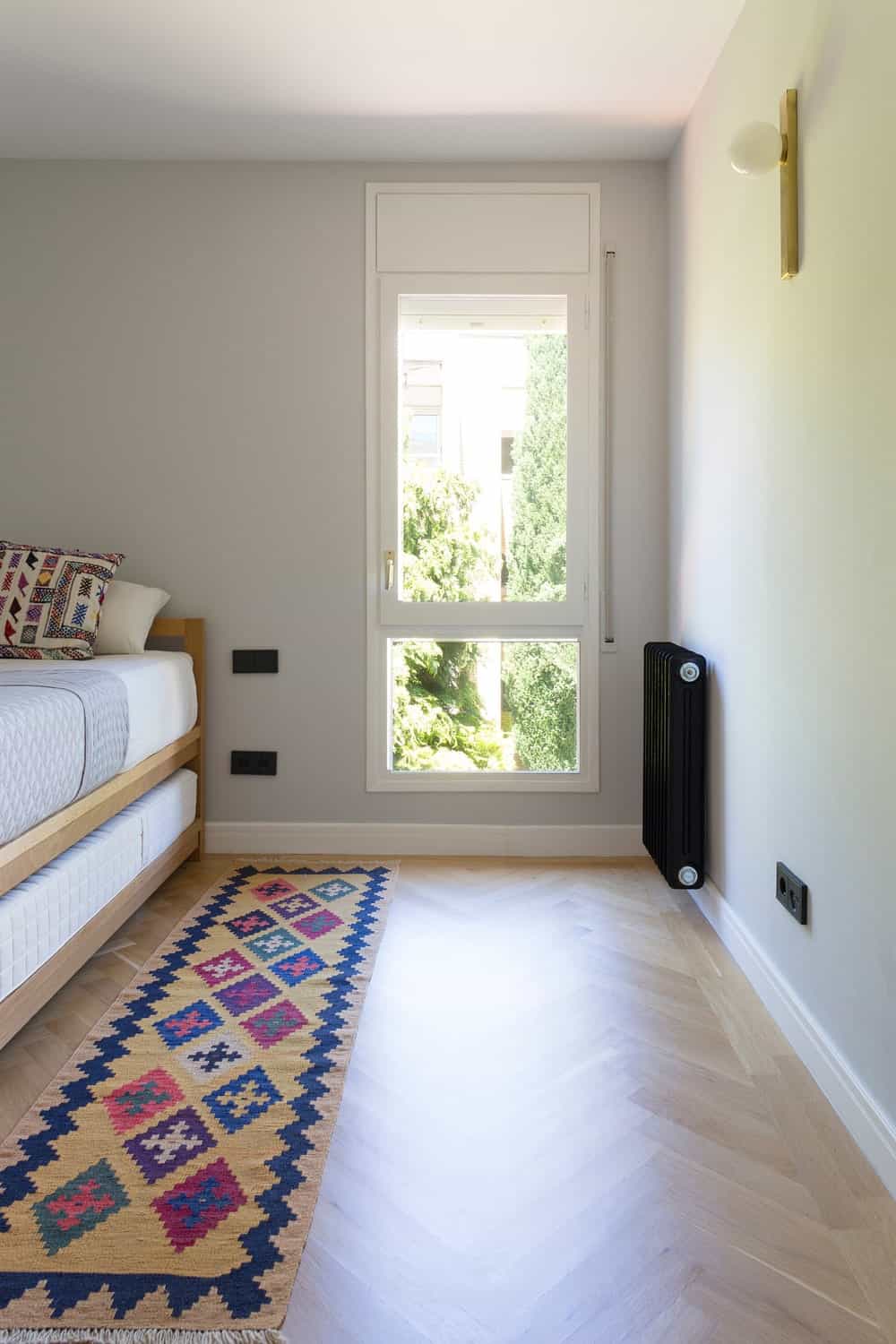 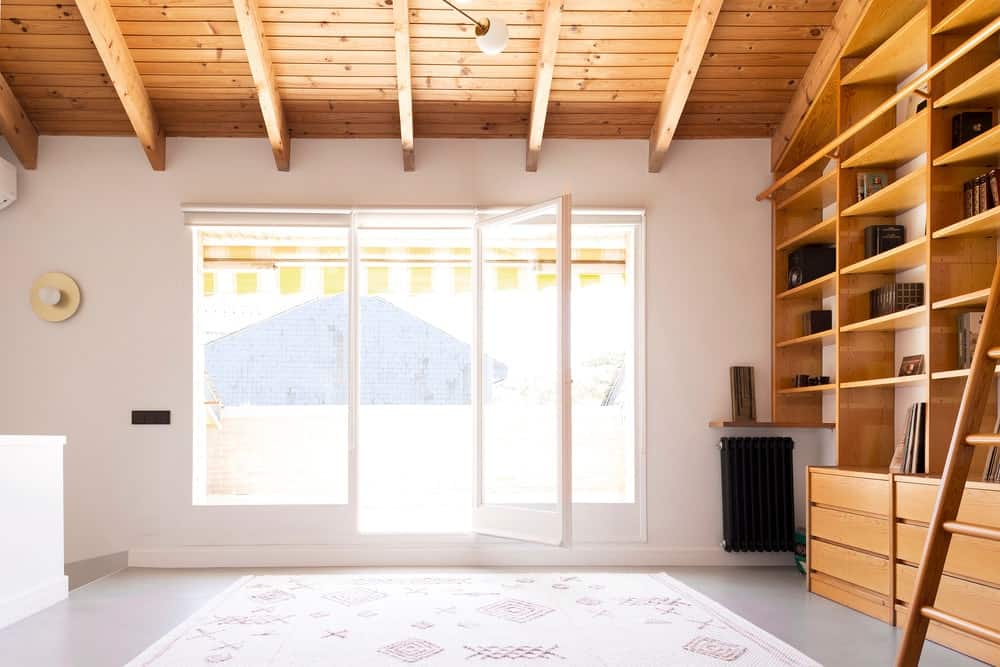 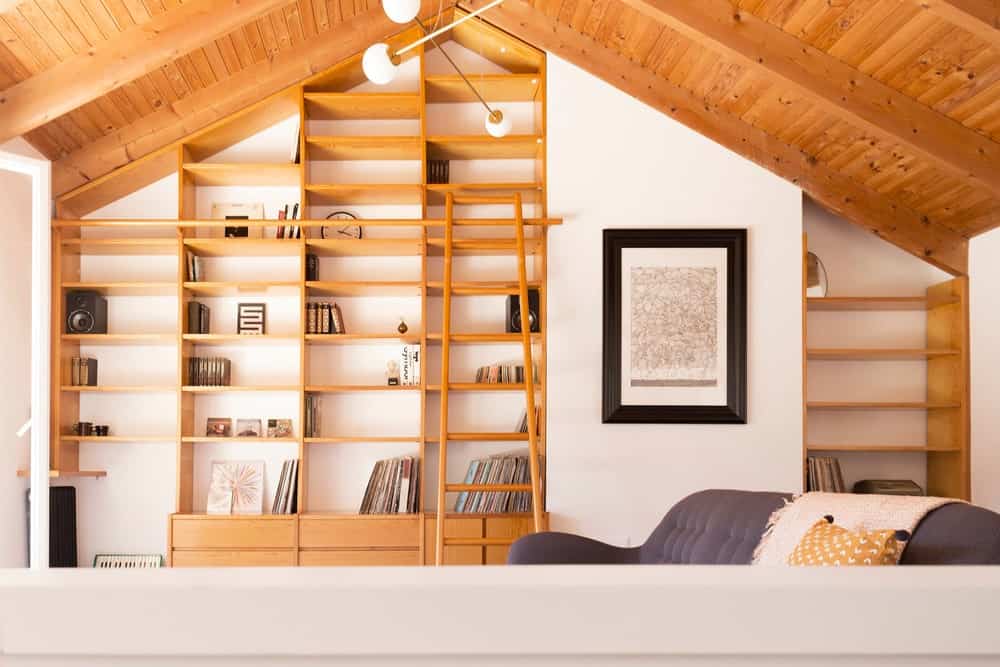 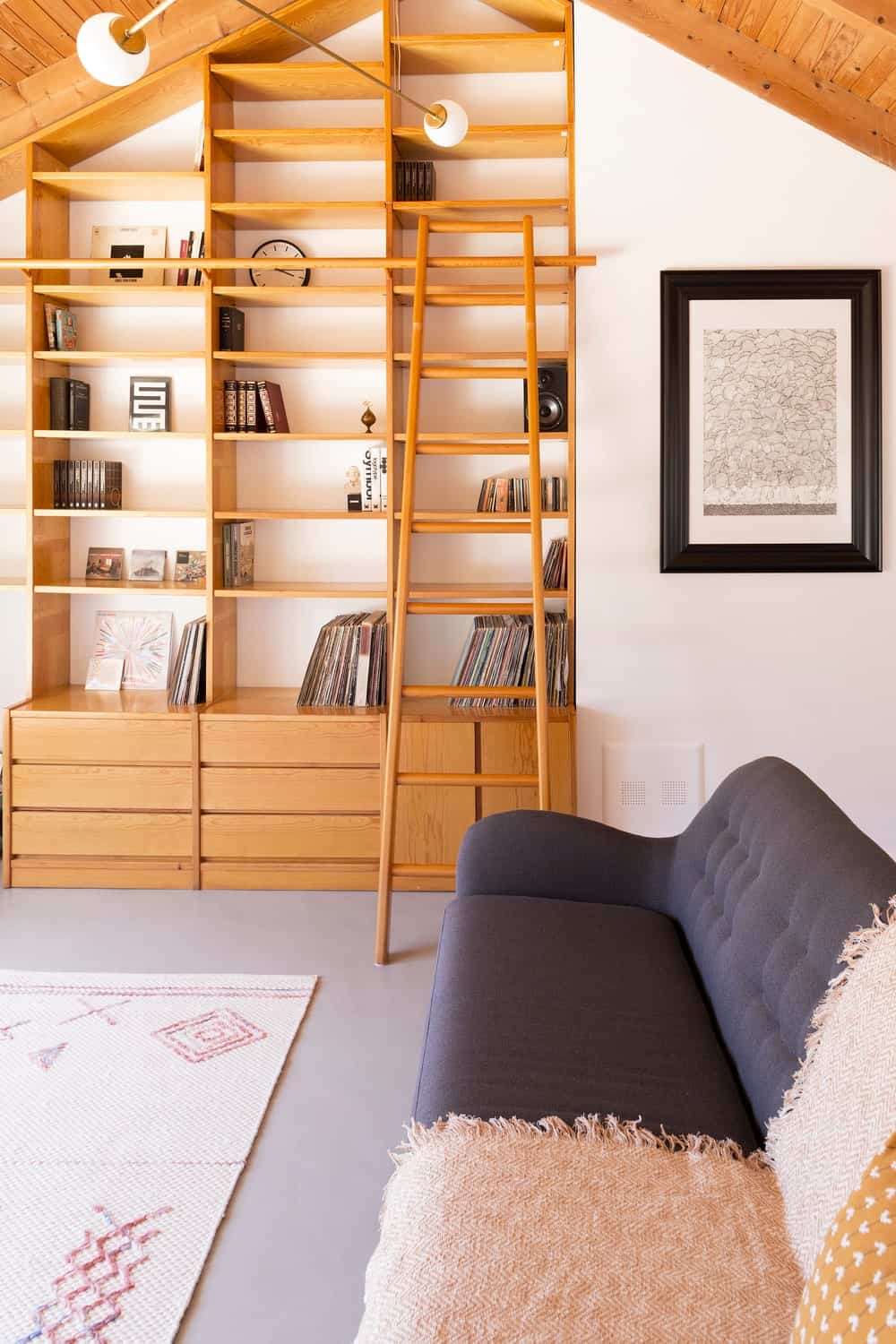 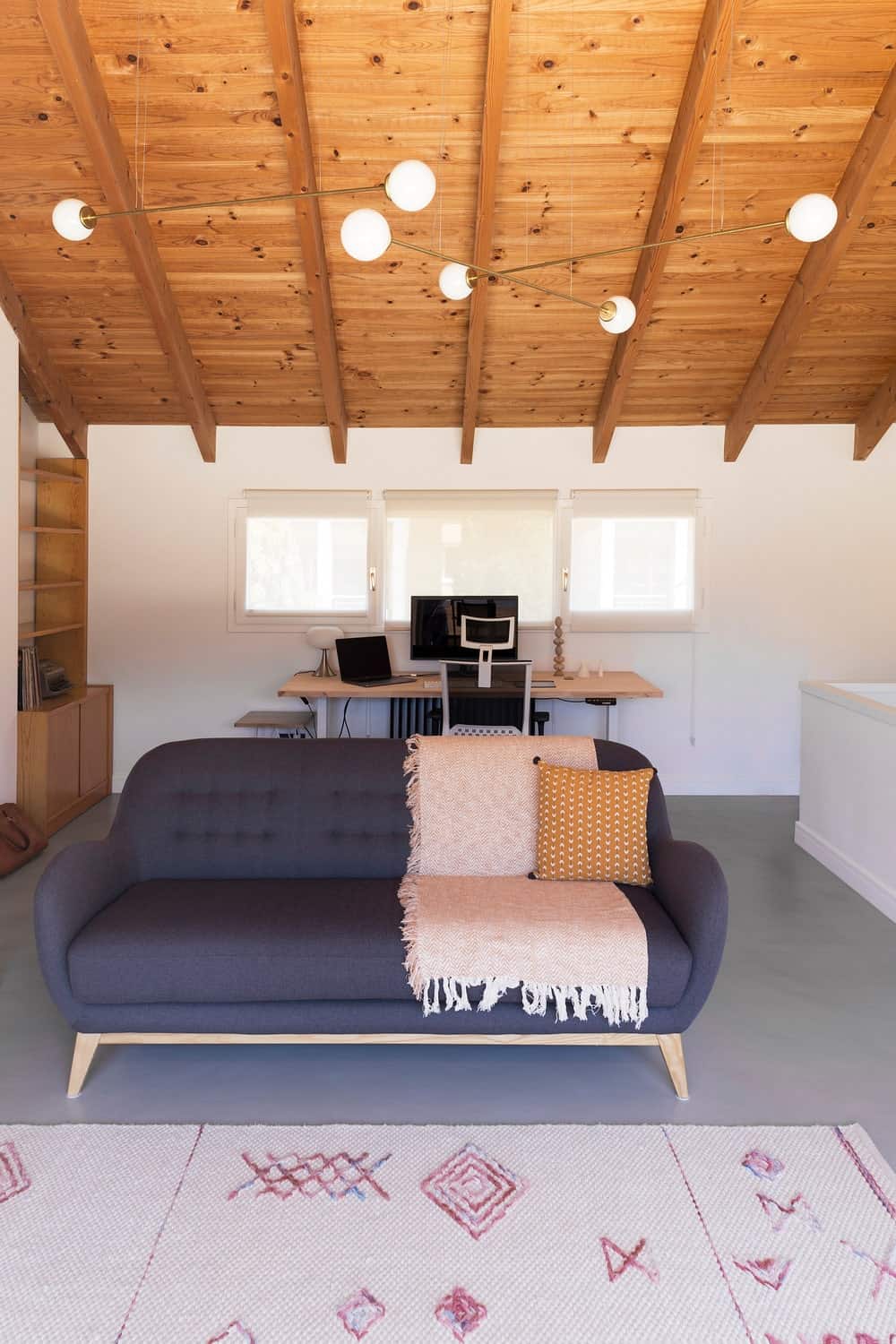 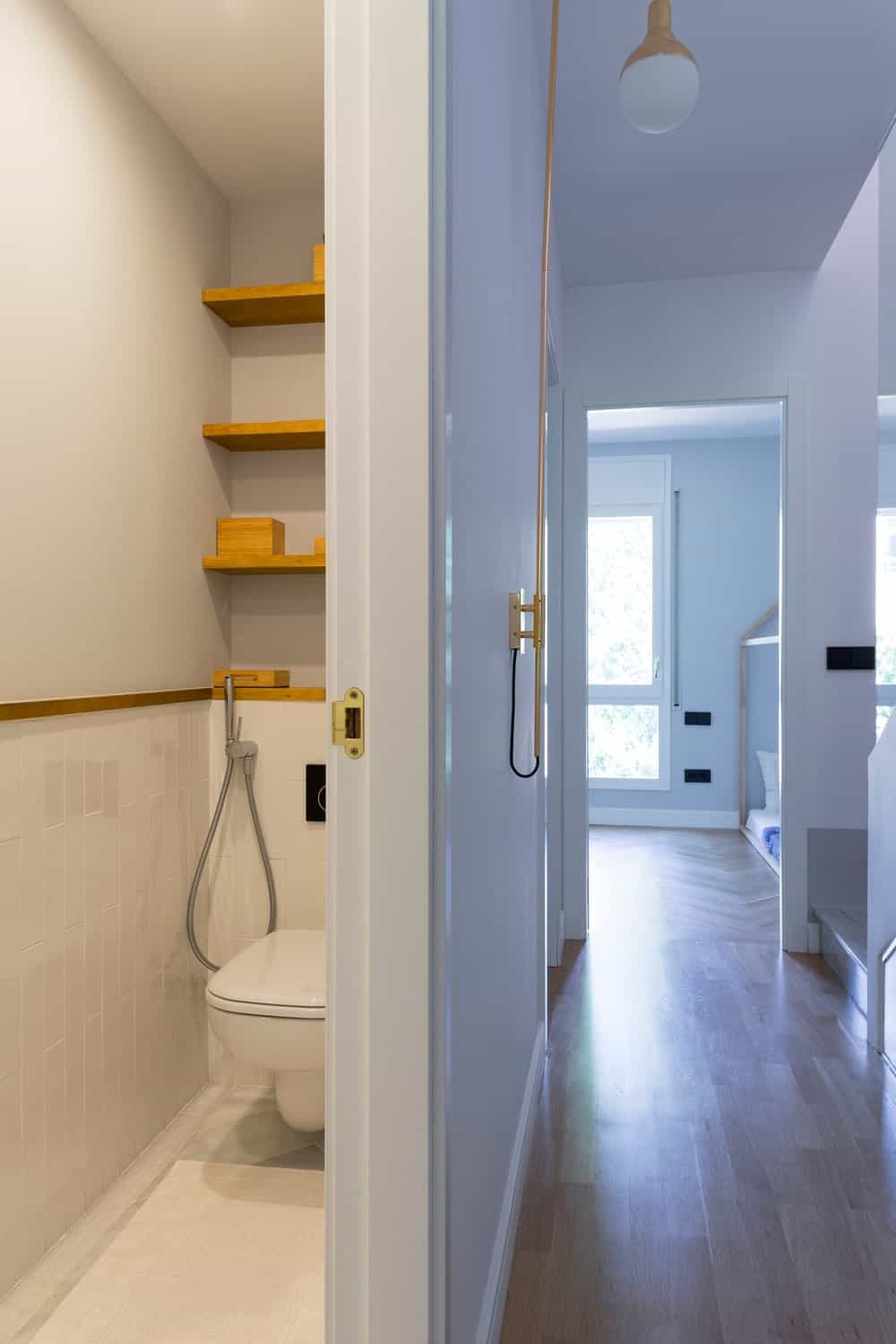 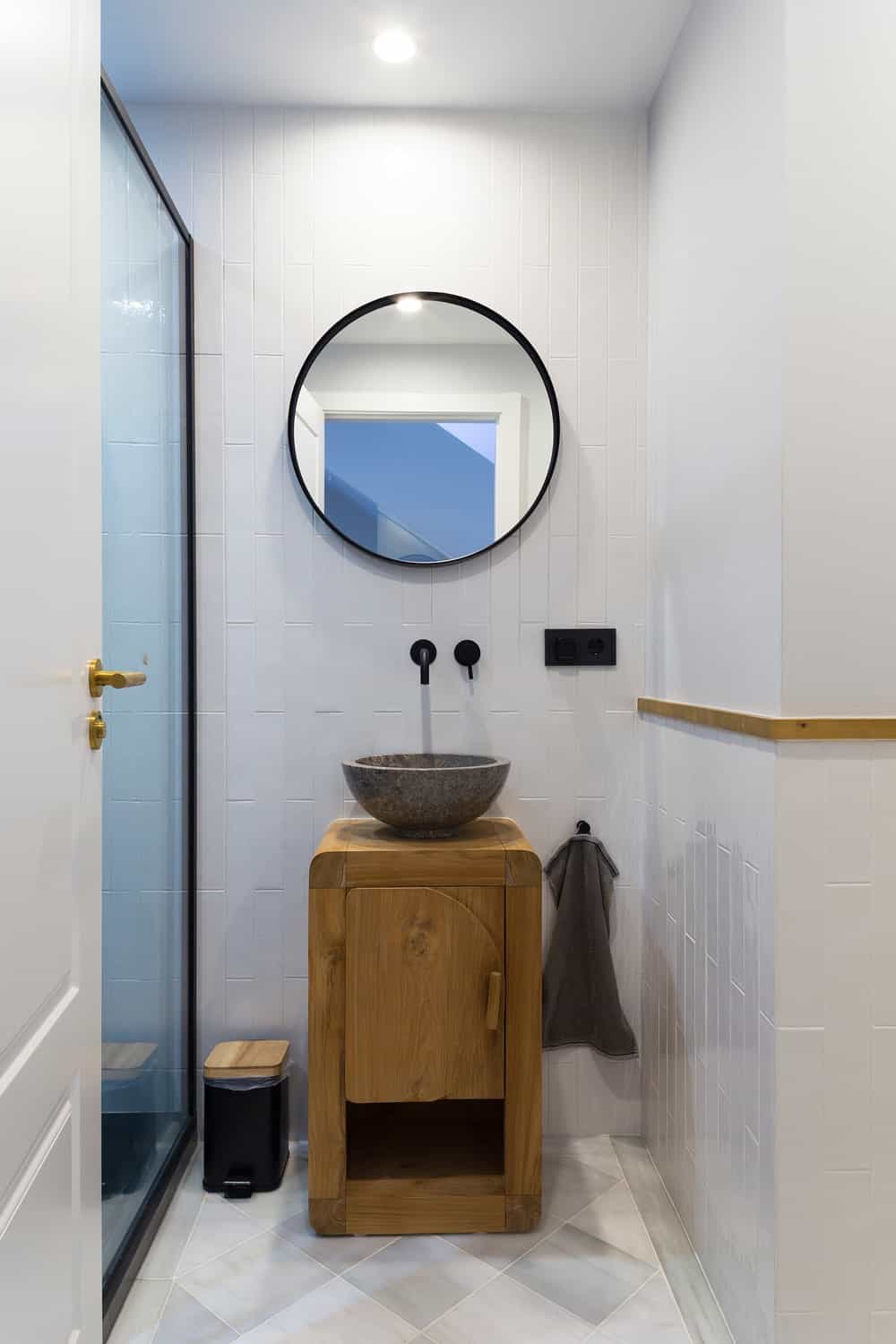 GOKOSTUDIO is an architecture office based in Barcelona, Spain. Since its creation in 2011, it has developed and executed refurbishment, restoration and new-build projects, which aim to adapt the architecture in order to prioritize people above all else, challenge conventional approaches to living spaces and have a positive impact on our way of life.

GOKOSTUDIO’s projects seek to harmonize the conditions of ‘vertical’ urban living with those features that nurture us as human beings: our longing for a safe refuge in tandem with expansive perspectives. The fluid transition between interior and exterior spaces and a layout of comfortable, functional spaces with personality are the ideal setting for us to go about our everyday lives in harmony. This is how GOKOSTUDIO improves the quality of life of the people residing in its architecture.

In the 9 years since its foundation, GOKOSTUDIO has developed and built more than 50 projects in the city of Barcelona. It is now expanding its area of activity to other cities in Spain, such as Valencia, Tarragona, and Madrid, and to the other side of the world in Buenos Aires.

Gokostudio’s buildings celebrate life and are a catalyst for change in the lives of the people that live in them.