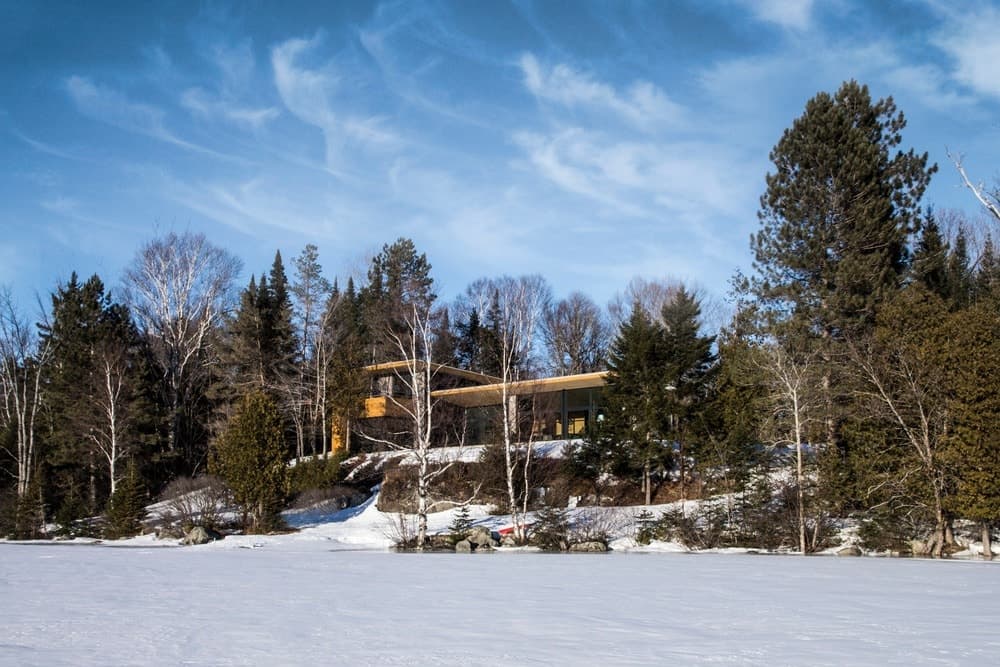 The Wooden Wing is a large cottage on the shores of Lac Supérieur, in Quebec’s Laurentians.

The house is perched on a sizeable outcrop of granite bedrock, giving it a commanding yet intimate view of the lake and Mont Tremblant, on the other side.

The living spaces sit on a large, semi-polished concrete slab raised slightly above the natural outcrop, putting the house in close contact with its natural surroundings, from which it is separated by distinctive clear glass walls.

The house plays on the duality of openness and opacity, day spaces and night spaces.

The use of a limited palette of materials – white cedar, polished concrete, black aluminum and clear glass – both inside and out helps erase the boundaries between architecture and nature. 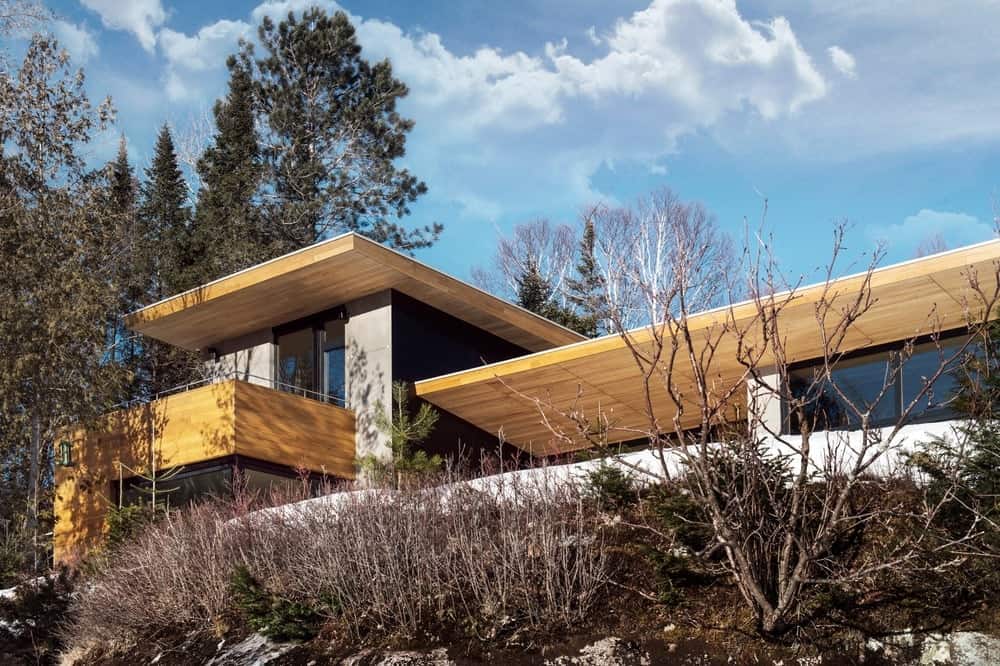 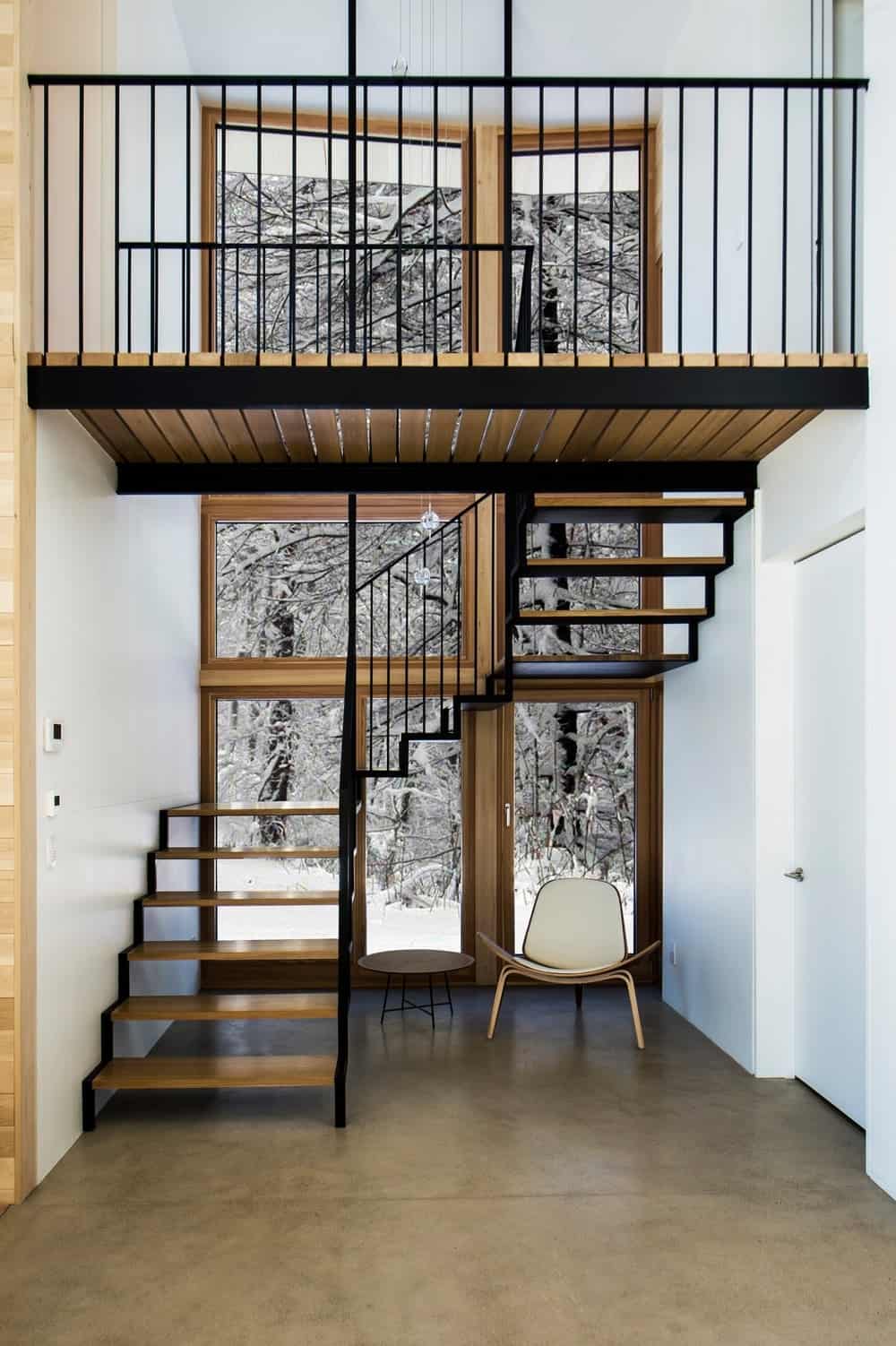 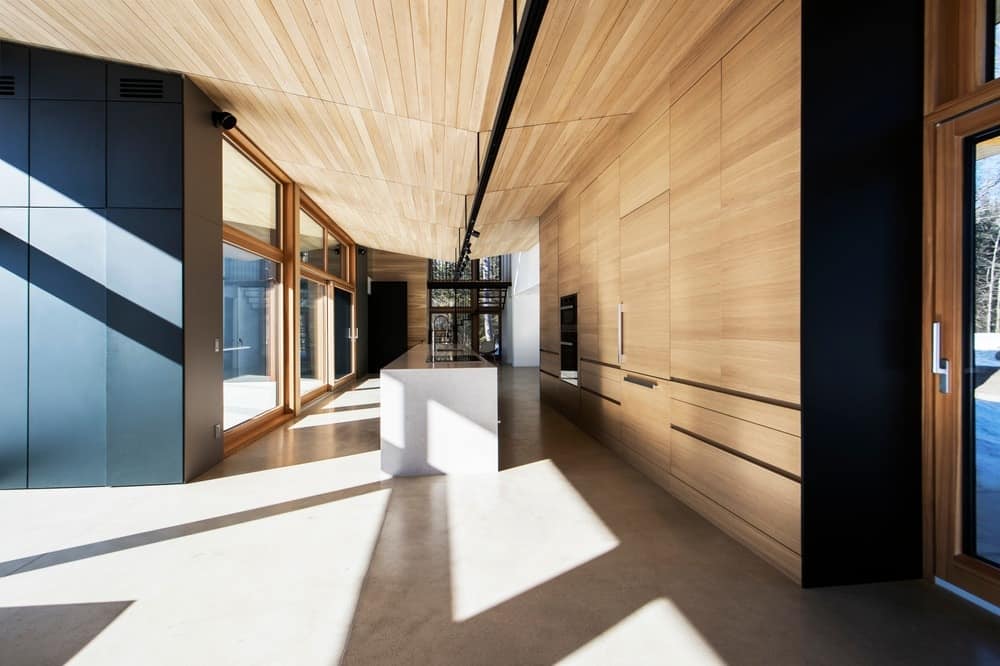 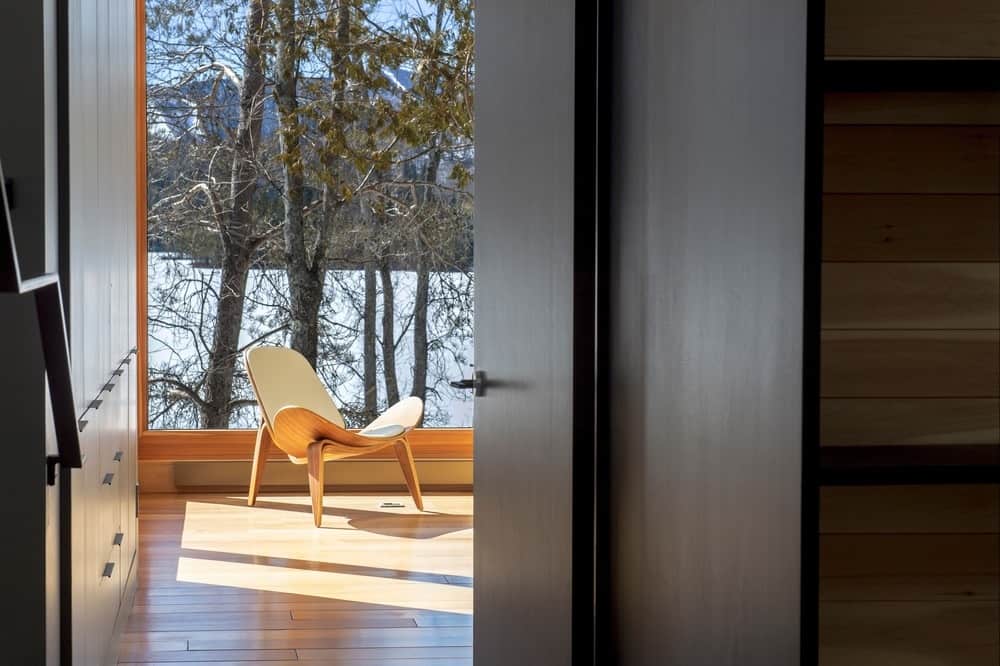 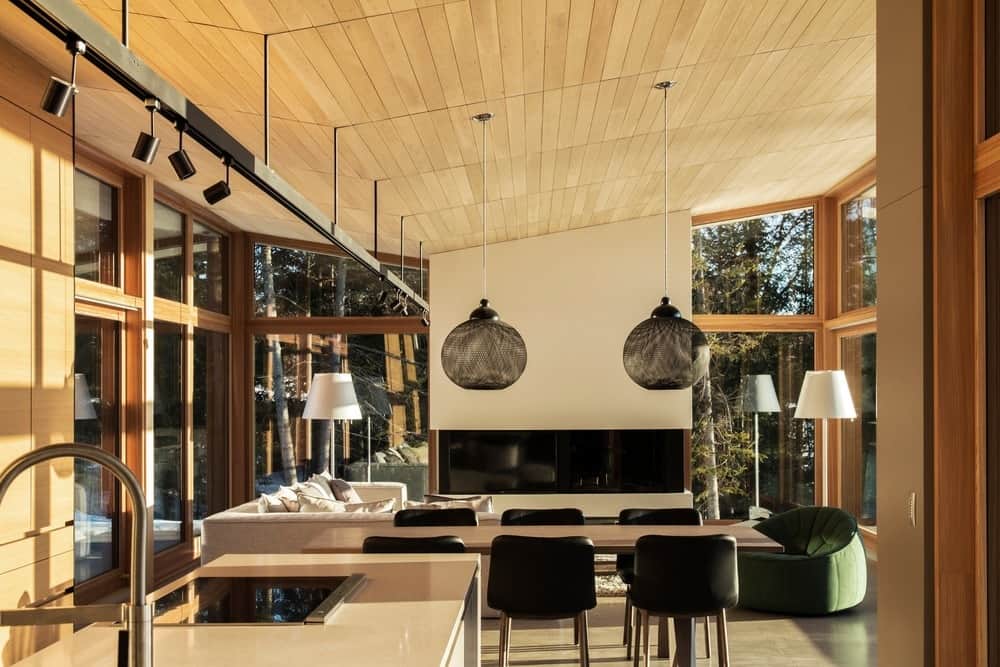 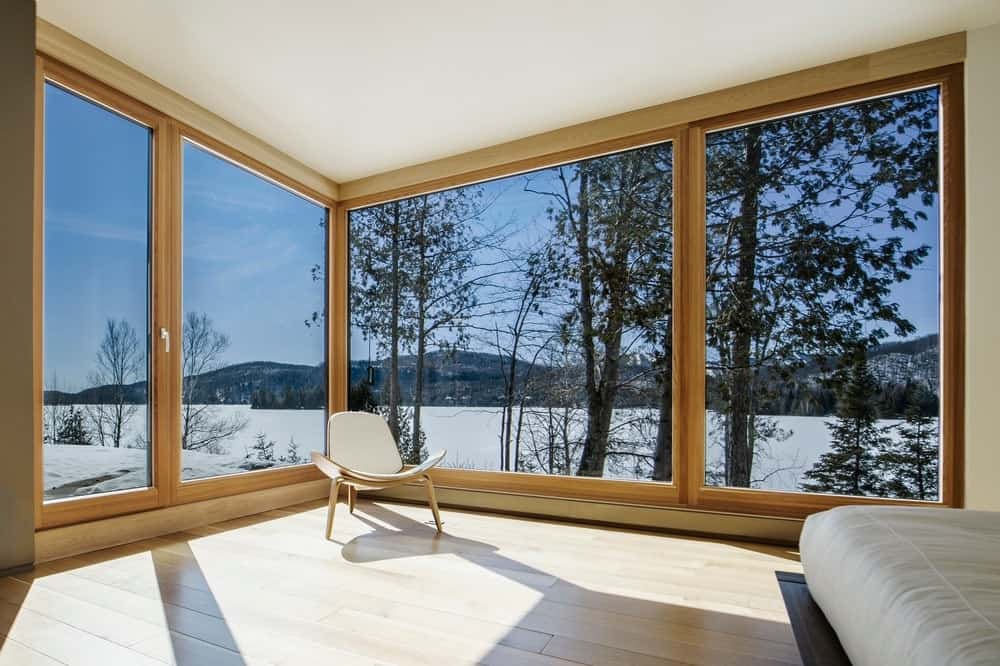 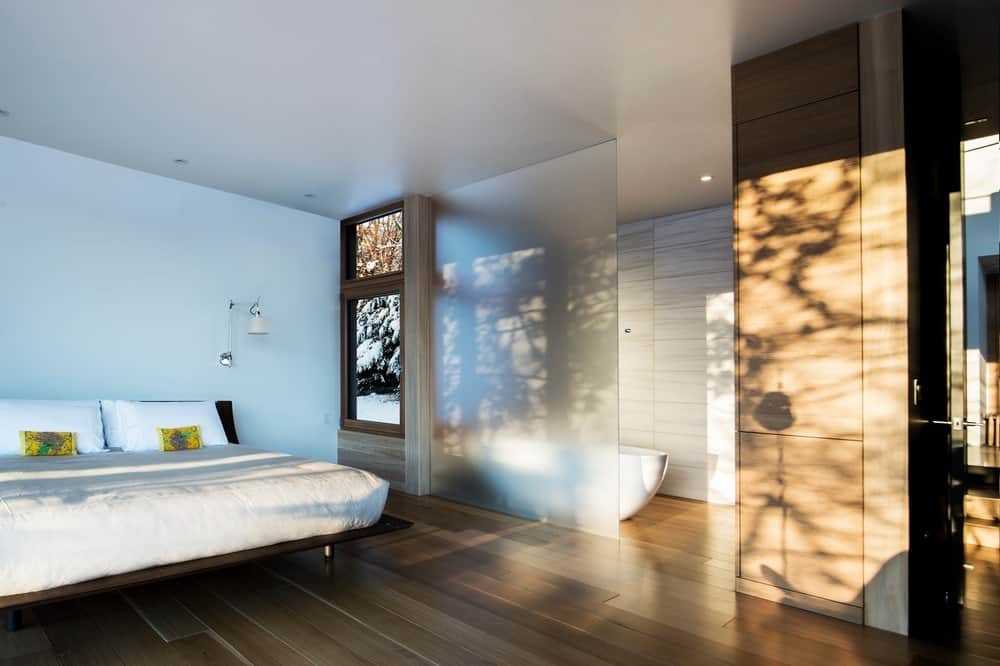 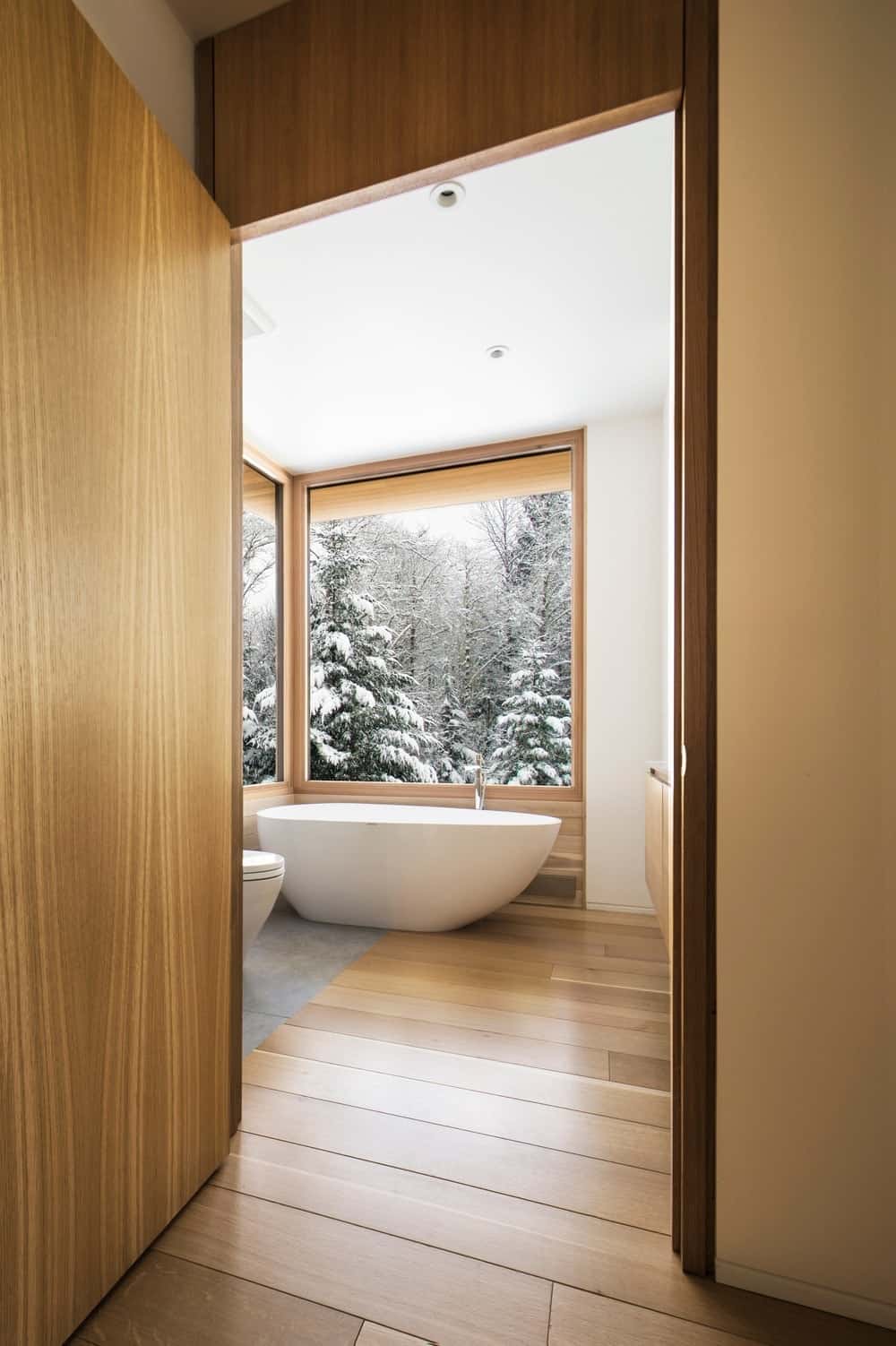 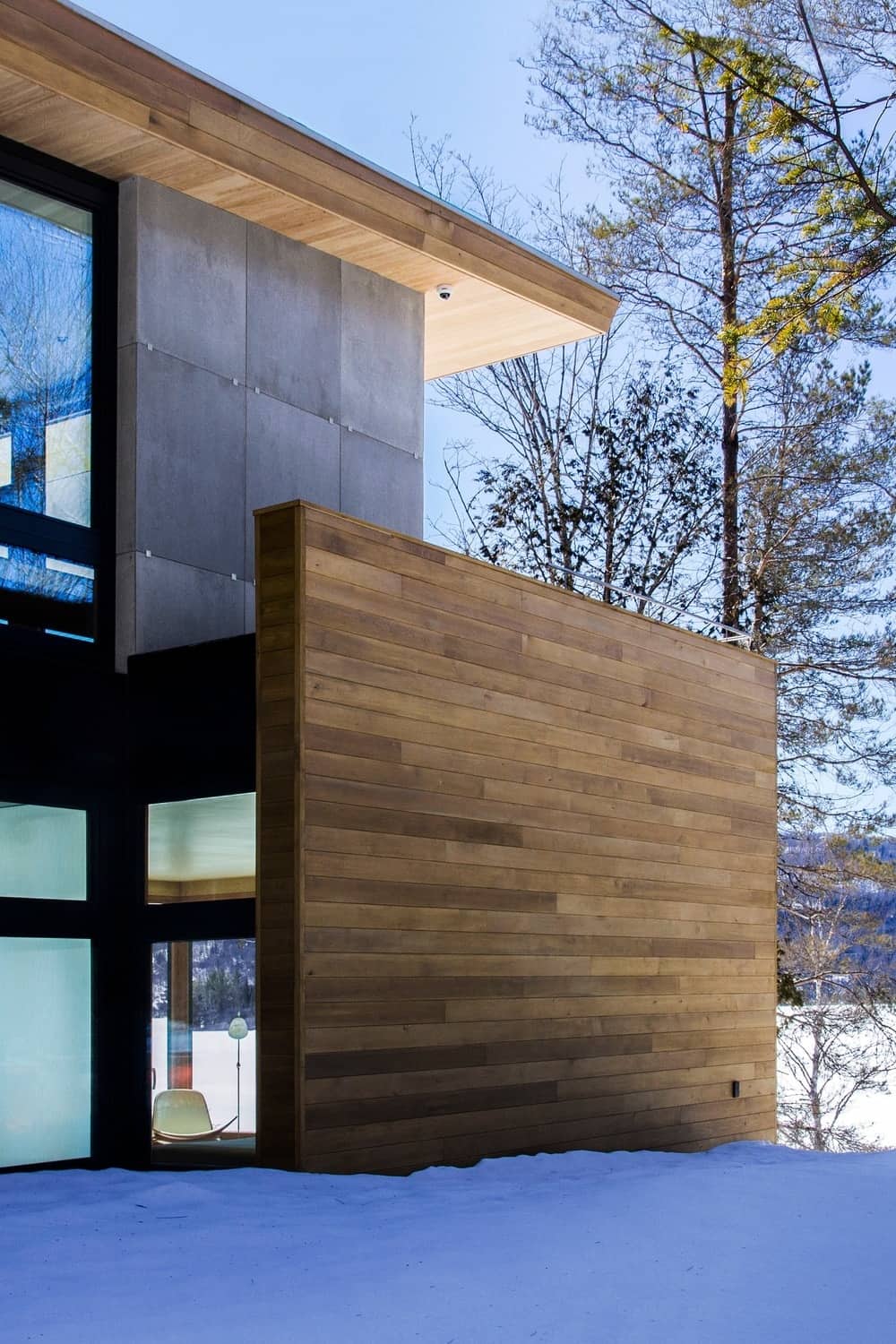 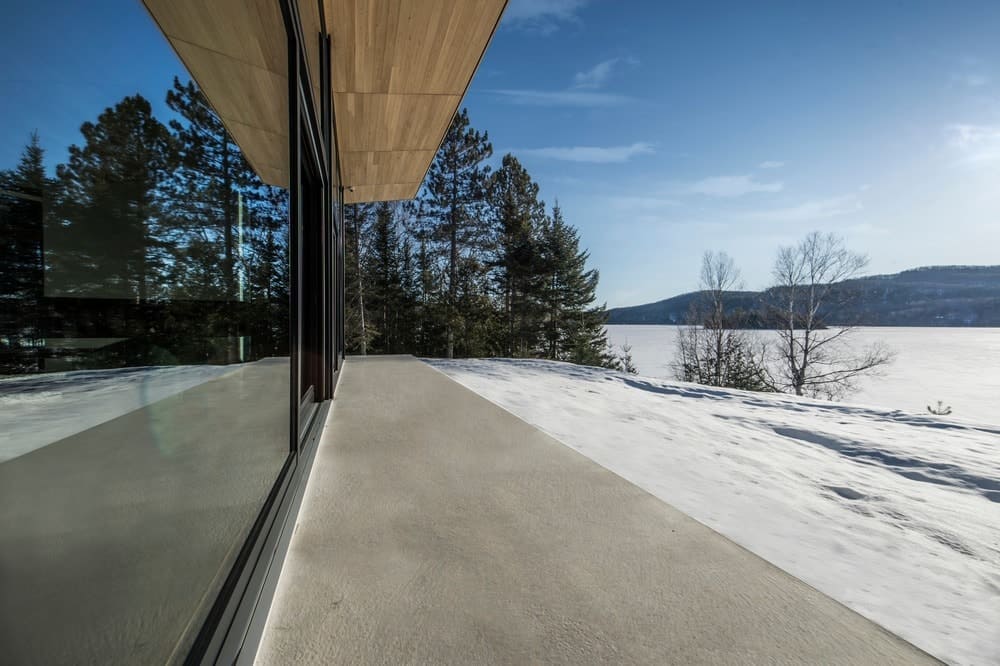 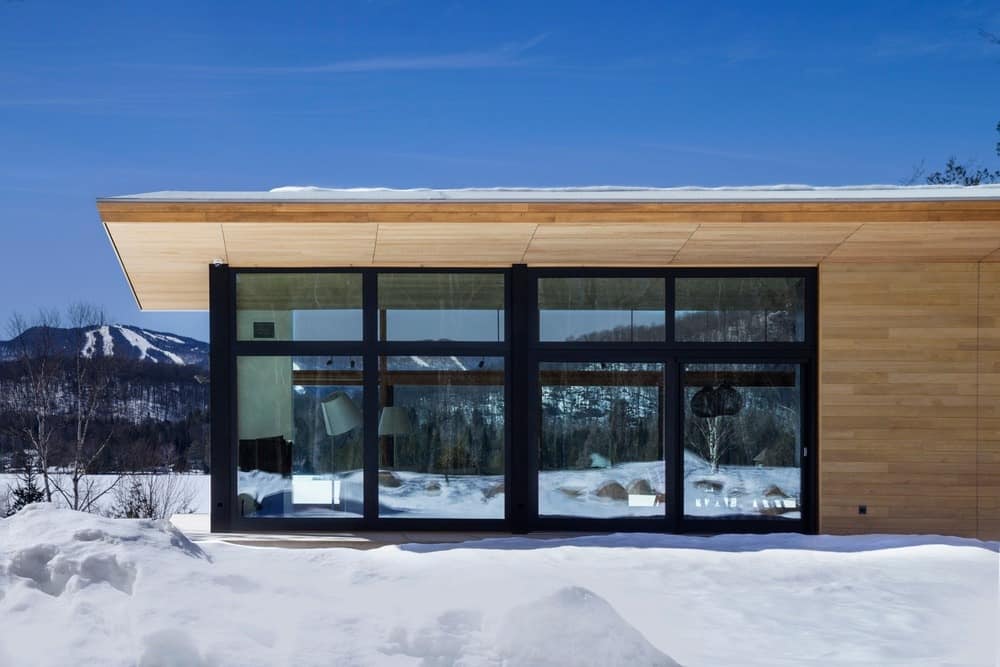 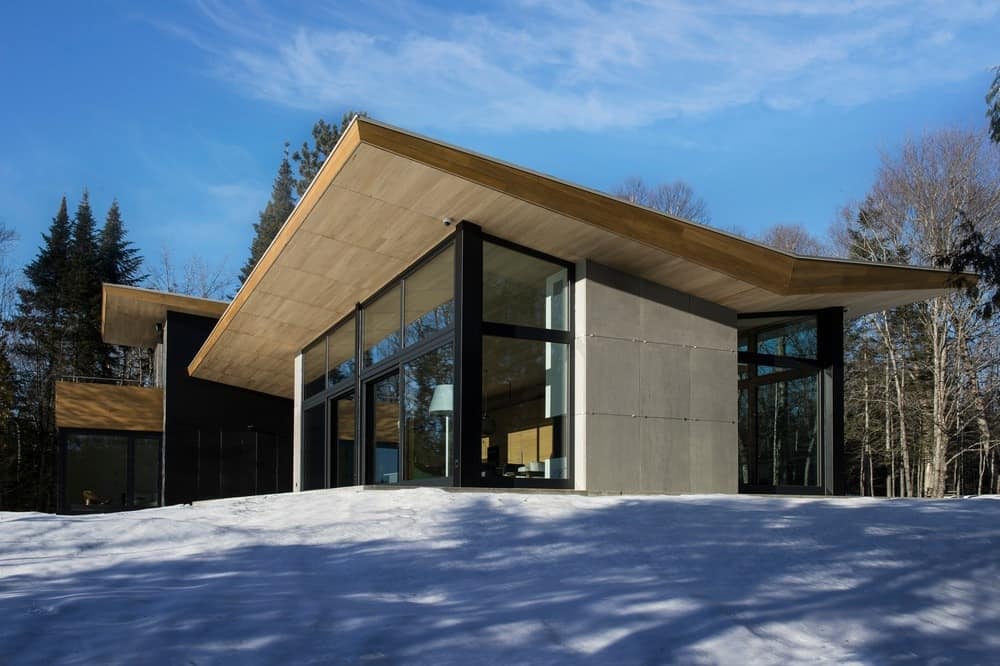 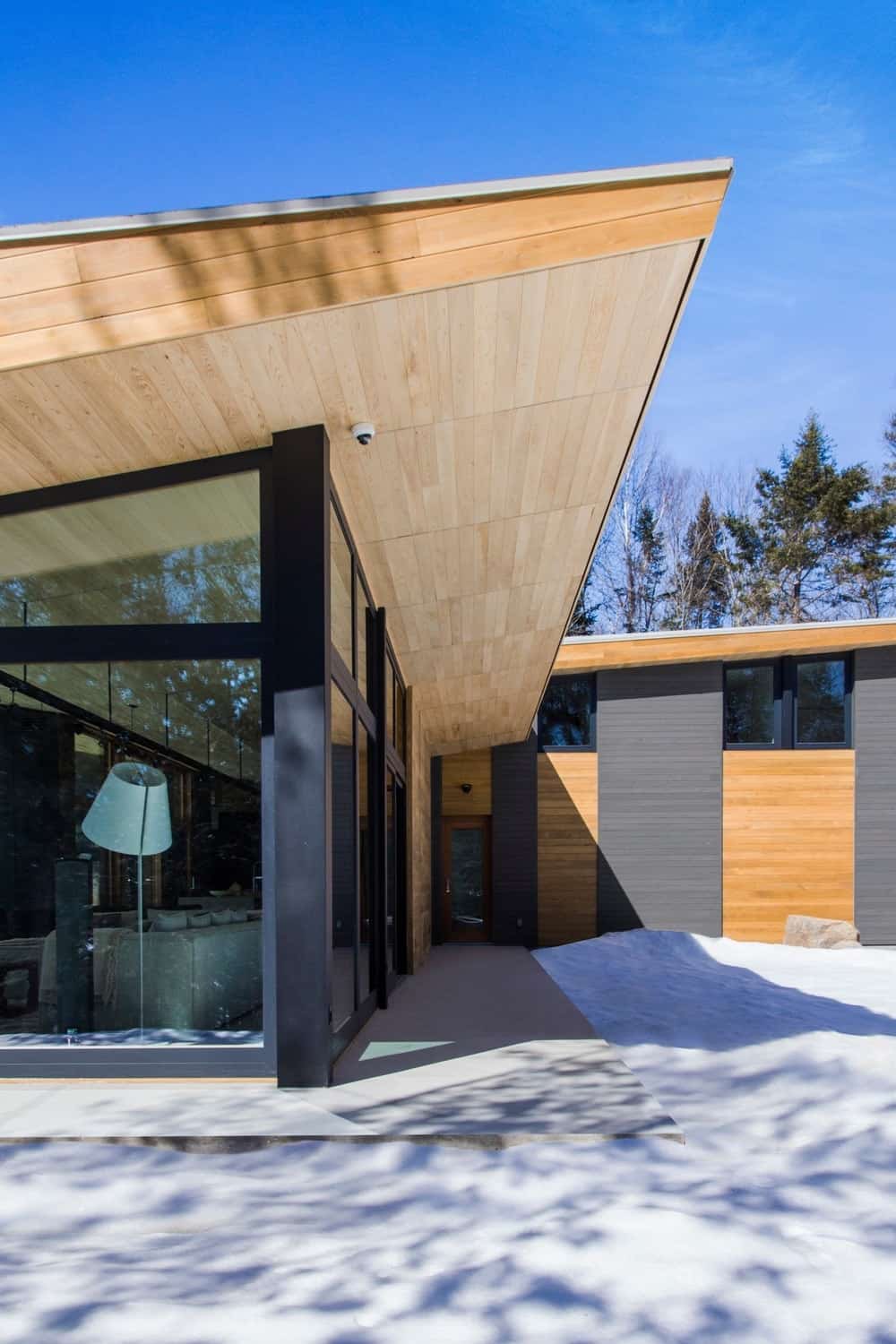 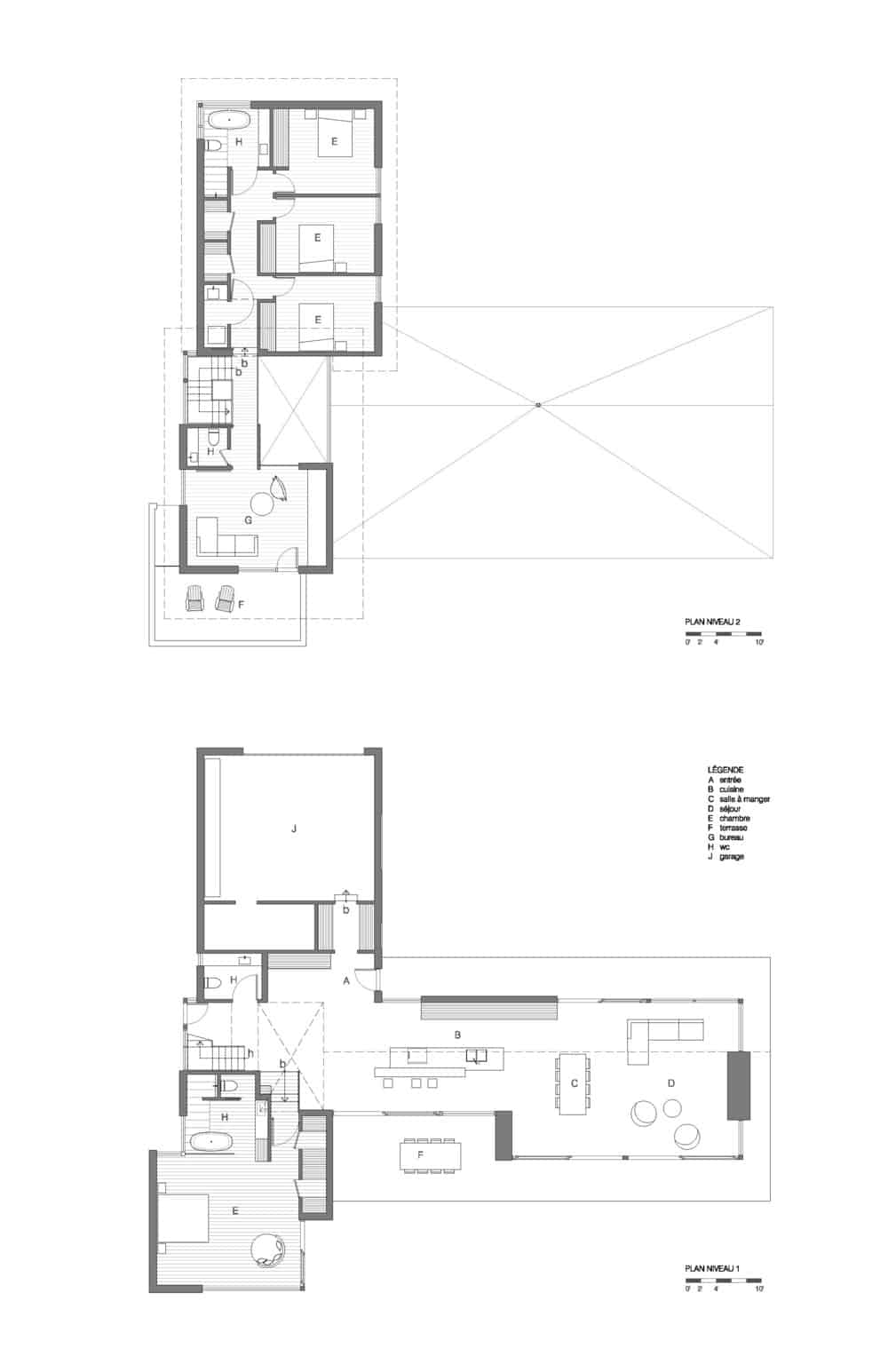 YH2 is an architectural design firm founded in 1994 by architects Marie-Claude Hamelin and Loukas Yiacouvakis.

For YH2, the architectural process is not simply about finding a functional solution to a given problem; it is a creative and transformative tool for approaching the spaces we inhabit every day, a way to reinvent reality.

The project should adapted itself to the context while transforming it. With every project, the focus is not only on form and essence, but also on the meaning of each element of the program.

The resulting designs are composed in the language of simplicity and purism. Concepts are developed with economy of means, and each element must be essential to the overall design.