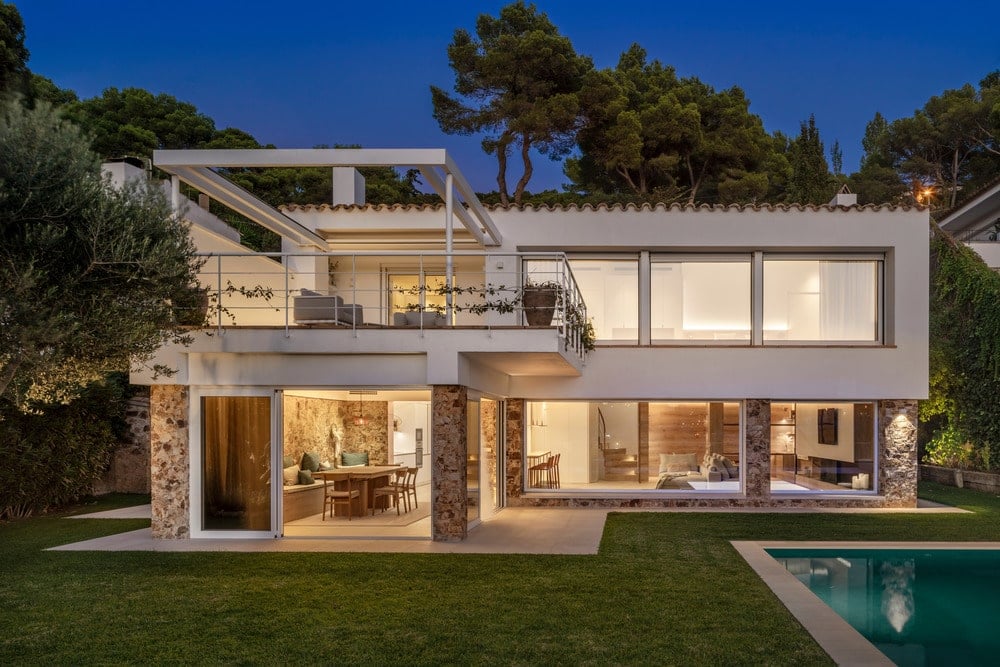 For more than 20 years, Susanna Cots has been designing spaces with an innate talent to create balance and visual comfort. Her approach to lighting, the special connection between distribution and emotion, and nature are three elements that intensify awareness, wellbeing, and mindfulness.

She set up her studio in 2001 in Catalonia. As her work became more internationally recognized, she opened a second studio in Hong Kong in 2014.

The designer’s work has been acknowledged by prestigious international prizes, such as the German Design Awards (Germany, 2020), the Luxury Lifestyle Awards and the Lux Life (England, 2017 and 2018), and the Idea Top Awards (China, 2012 and 2013).

She has also received recognition as a finalist in the Society of British Interior Design SBID Awards, the Porcelanosa Interiors Awards, the New York International Contemporary Furniture Fair (ICFF), and the FAD Awards of Barcelona.

Her profile has been featured in the publications of over 30 countries, and she has participated as a speaker in talks on design in both professional and university settings. 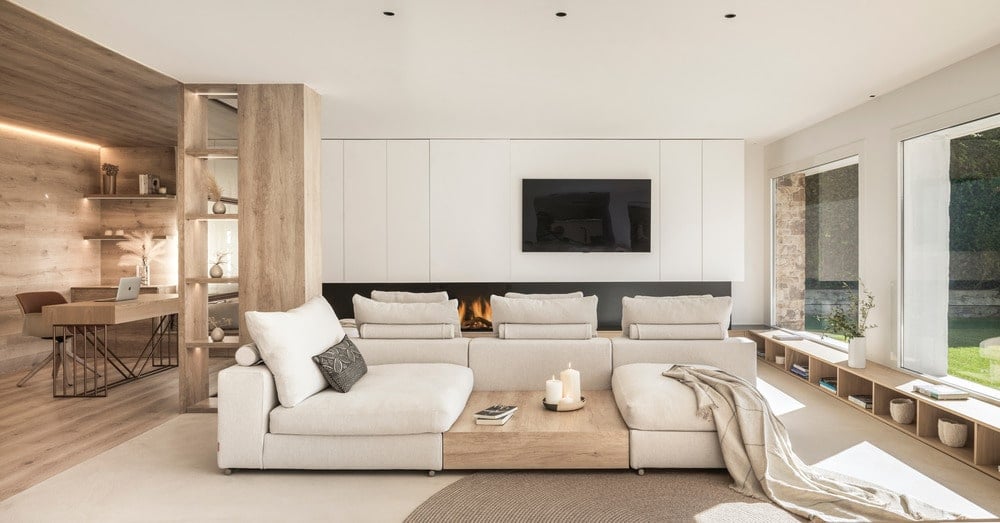 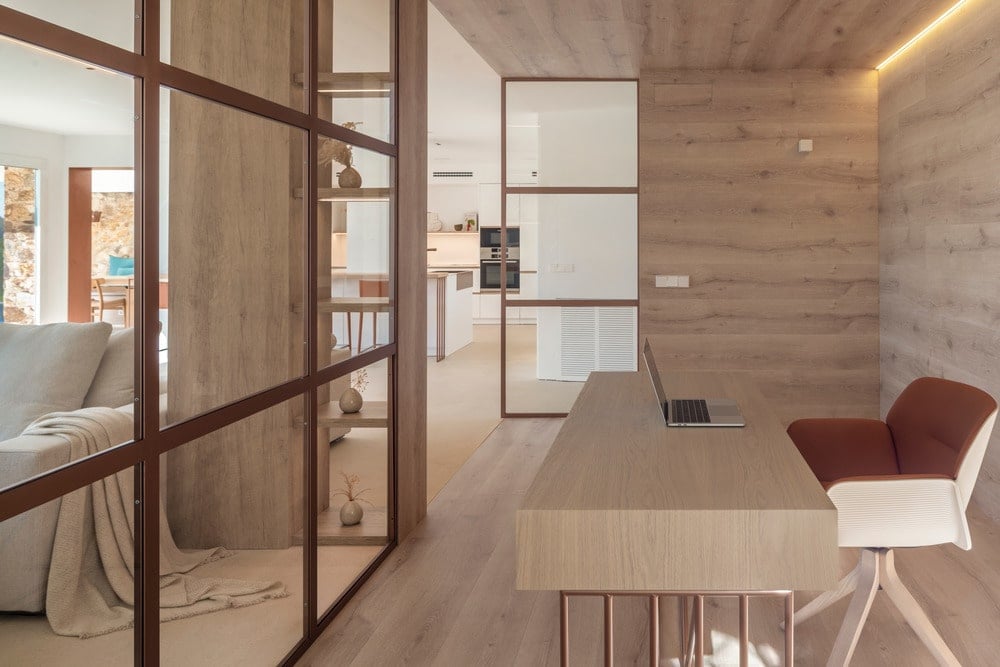 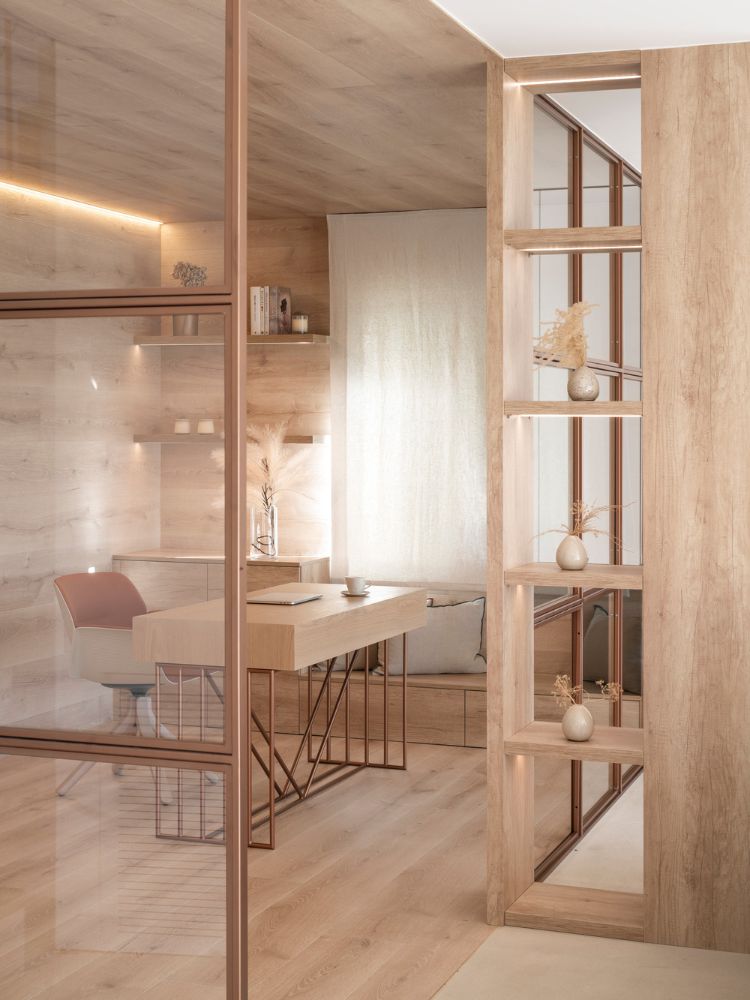 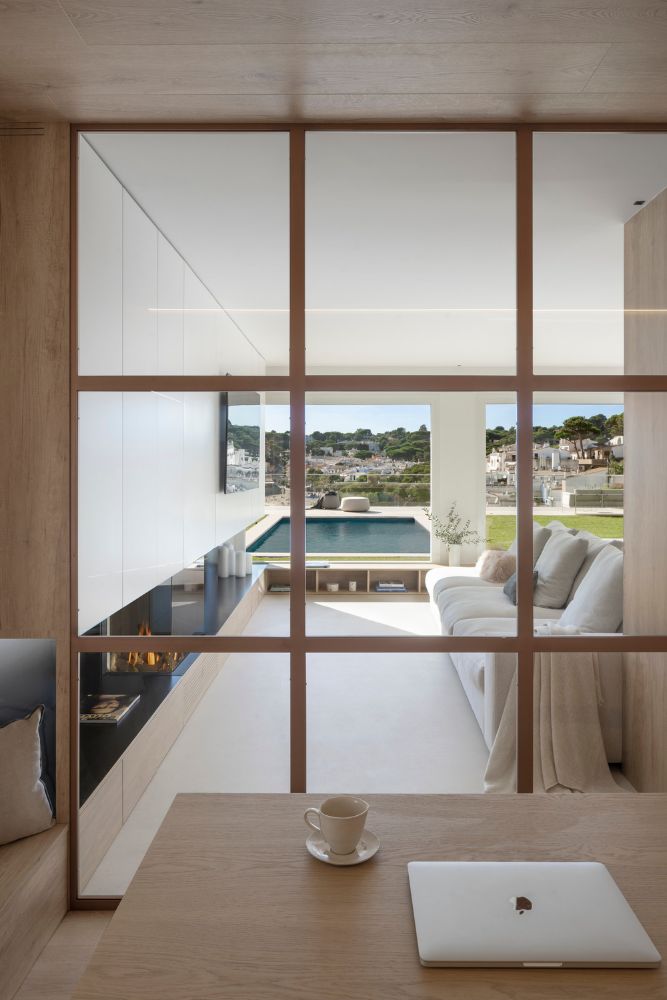 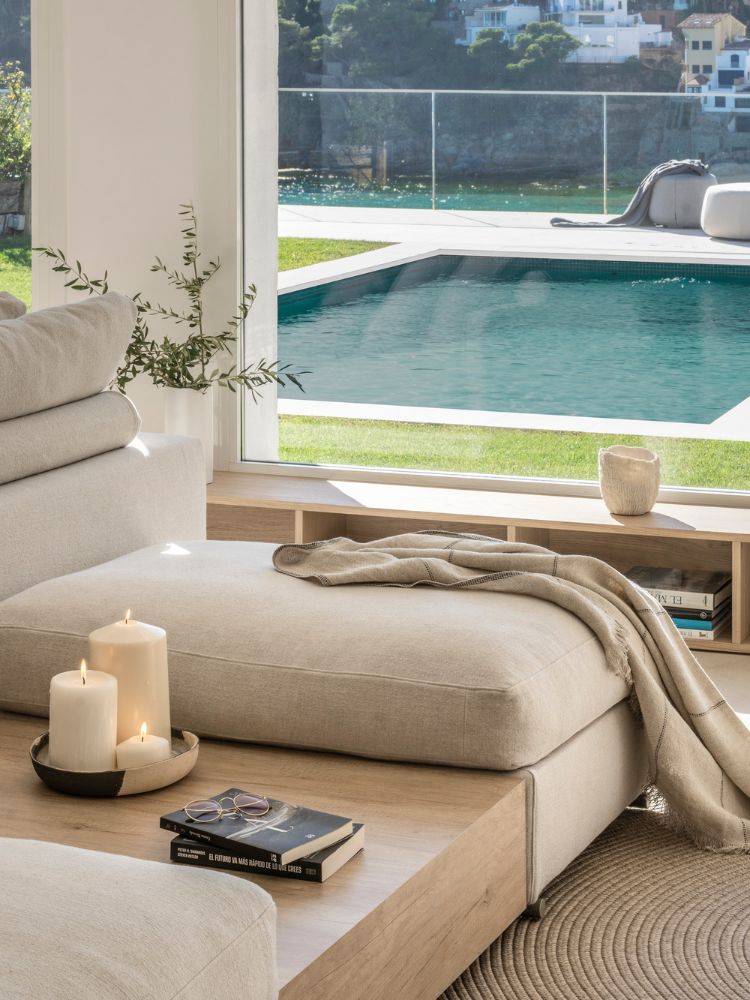 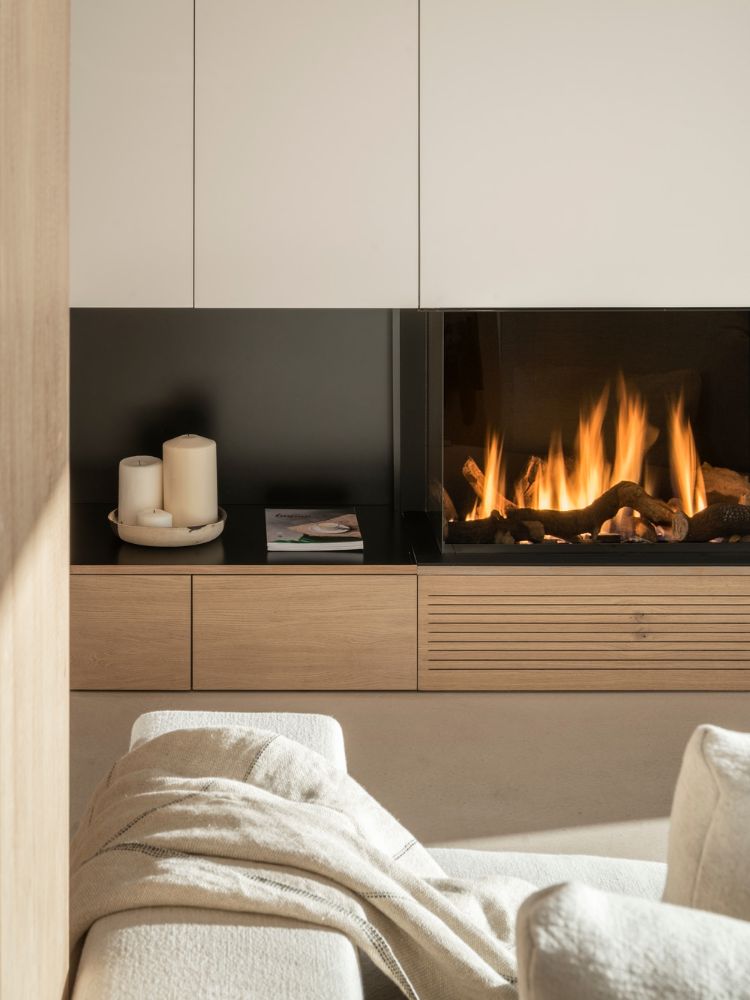 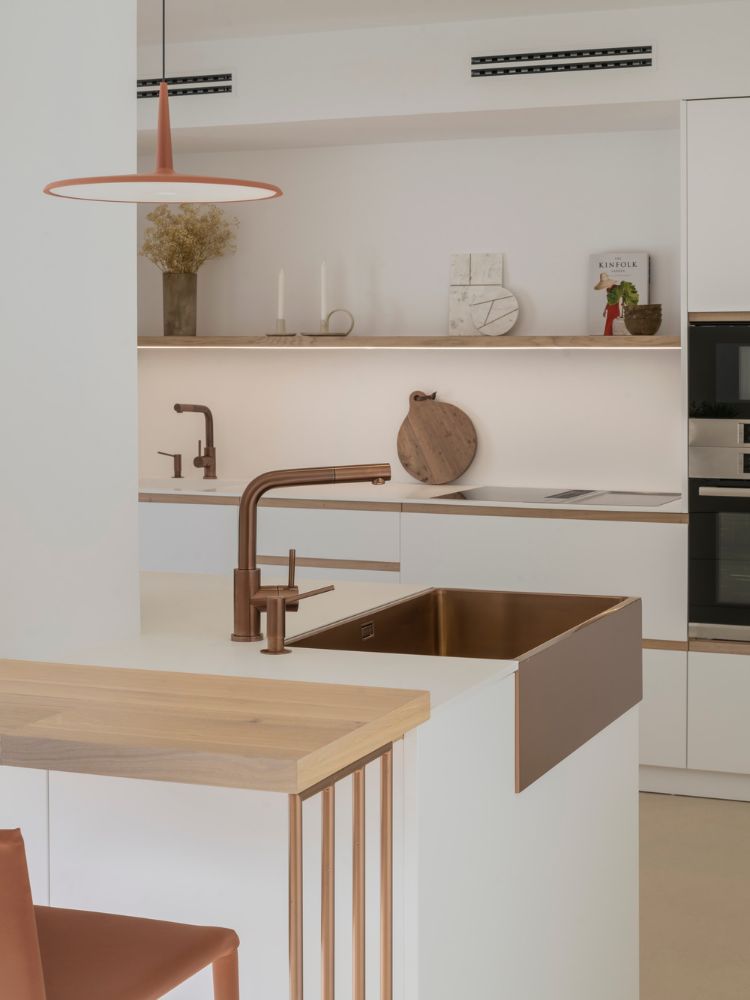 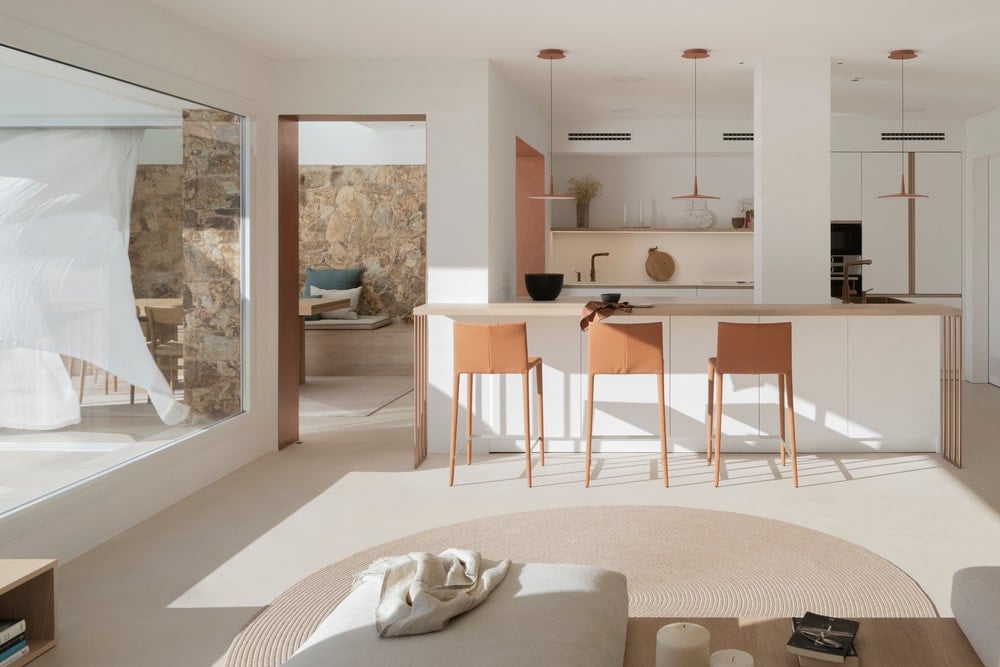 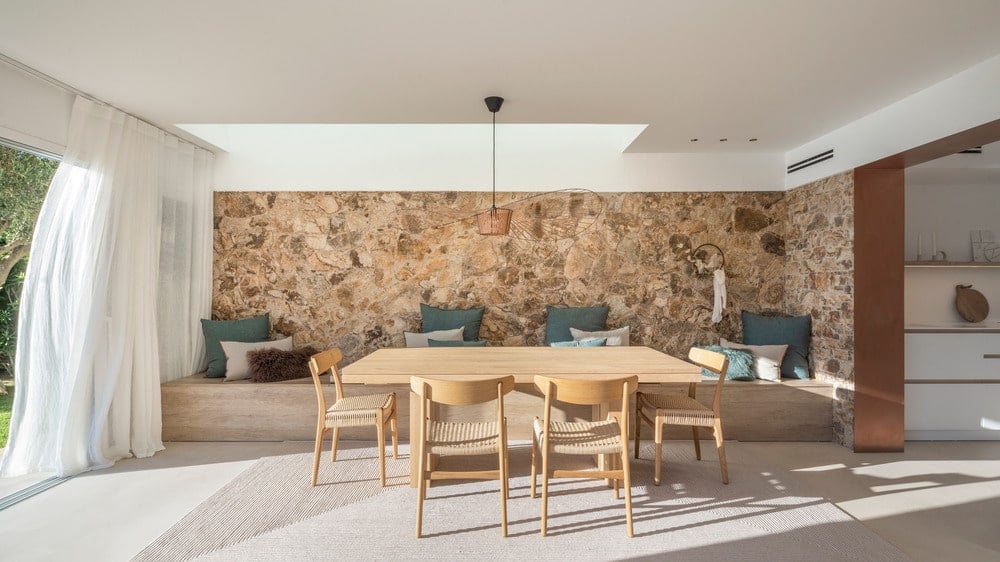 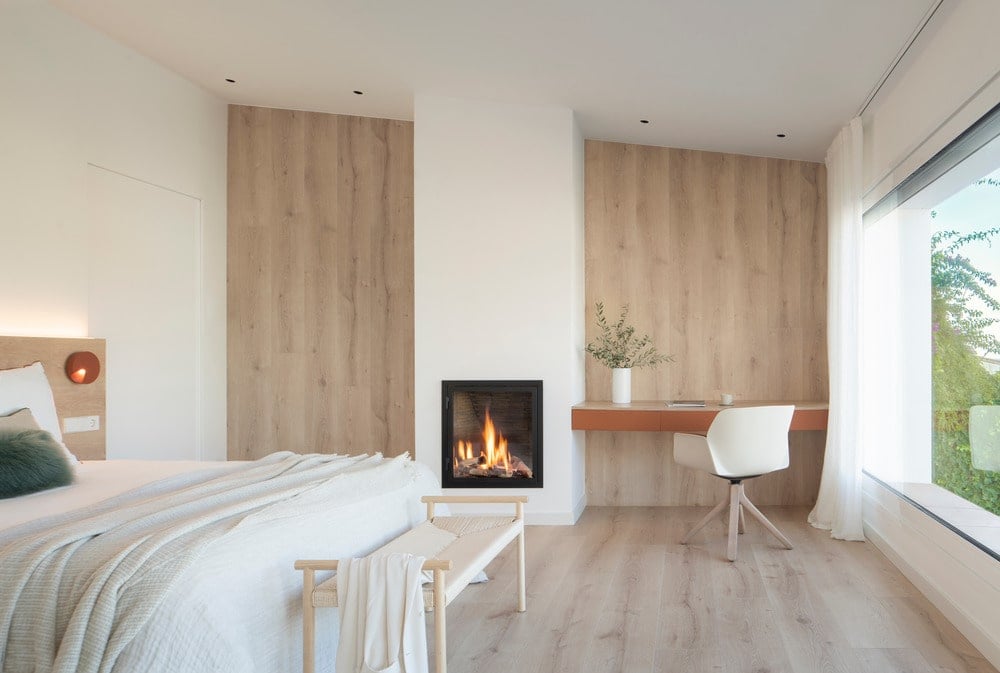 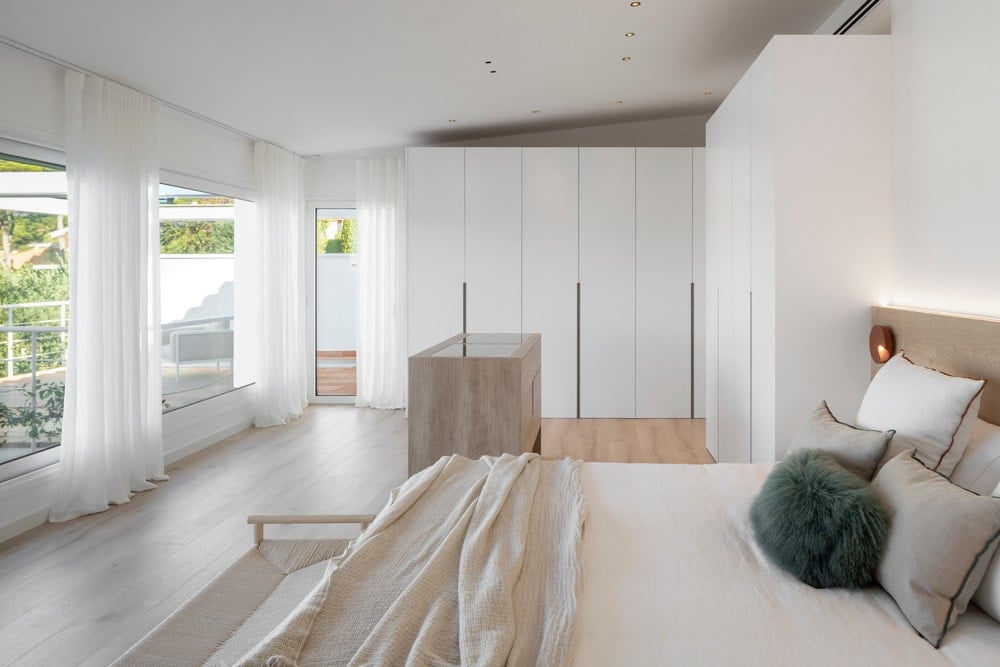 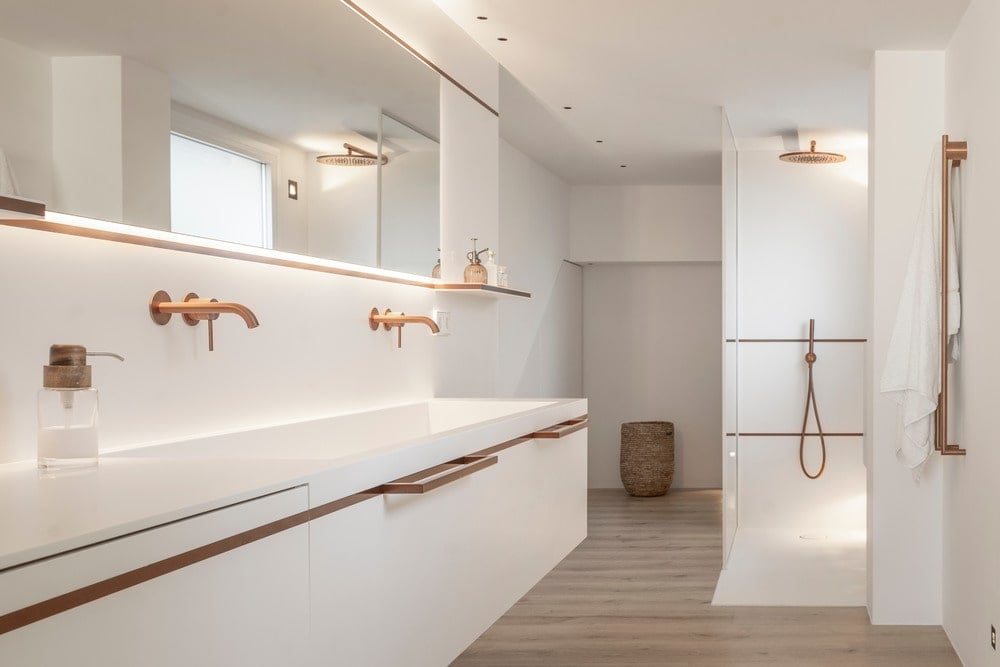 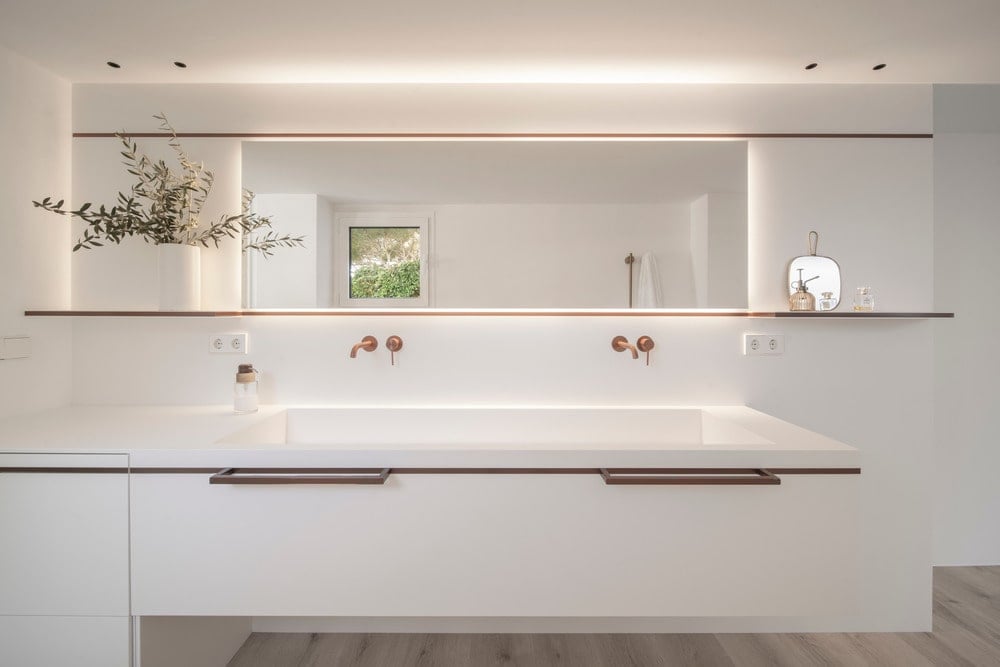 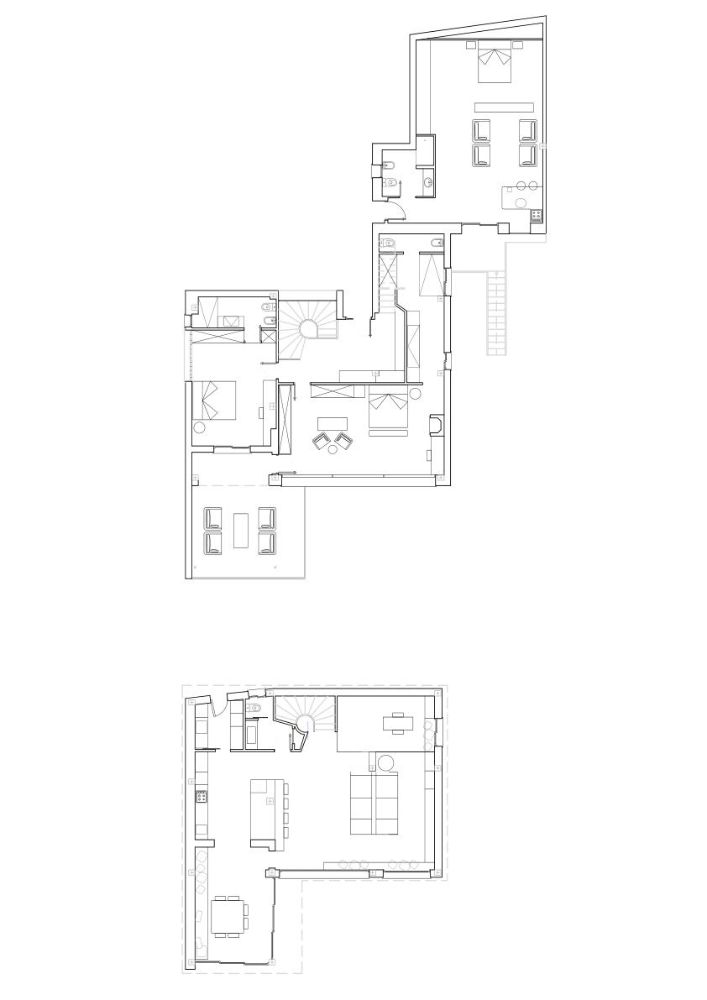 When you arrive somewhere, it may take a while for your eyes to adjust and for you to feel that you are processing all the details of what you see.

As well as inviting you to feel every detail with your eyes closed, arriving at this home is an invitation for you to discover the existential meaning of each detail.

From nature comes copper. From the senses come textures and the earth. From perfection comes the perfect asymmetry between beautiful and emotionally functional.

This space is born from the most minimalist detail that seeks to return to what it was before, honouring copper, its earthy colour, and the texture of security.

From the table legs to the texture of the leather on the drawers, arriving at the symmetry created with the breakfast bar, Susanna Cots proposes an interior design reminiscent of jewellery.

“The details, as Eames declared, make the design of this project,” says the designer.

The prominence of light

“In this home, before it was what it is now, we already felt that the interior design should merely complement what already belonged inside it: its wonderful natural light.”

We opened it up to connect and unite the interior with the exterior and allow this confusion to feel every season of the year.

The balance of white

White – the designer’s hallmark – silences the dialogue established between the different shades found in the details, such as the copper tones, the earthy colours, and the textures of leather from the furniture that Susanna Cots created exclusively for this home.

The same is found in the kitchen and bathroom, both in white, with copper details.

The strength of wood

The designer saves the integrity of the oak for the rooms on the upper floor – two full suites where the interior designer achieves a warm embrace. In the large bedroom, thanks to covered walls that contain a fireplace and a small desk, the same copper details as the ground floor office are applied.

The perfect fittings for every detail

The square sofa is designed by Susanna Cots and manufactured by Flexiform; the design of the desk to match the breakfast bar, the details of the drawers, the upholstered stools in the kitchen, the two sinks as the two nuclei of family interaction, the taps which match the lamps, the headboard and the jewellery cabinet, the towel racks.

All of these fittings work because they serve one major objective: wellbeing at home, including respect for the rhythm of each person, and the integration of the wisdom of nature.