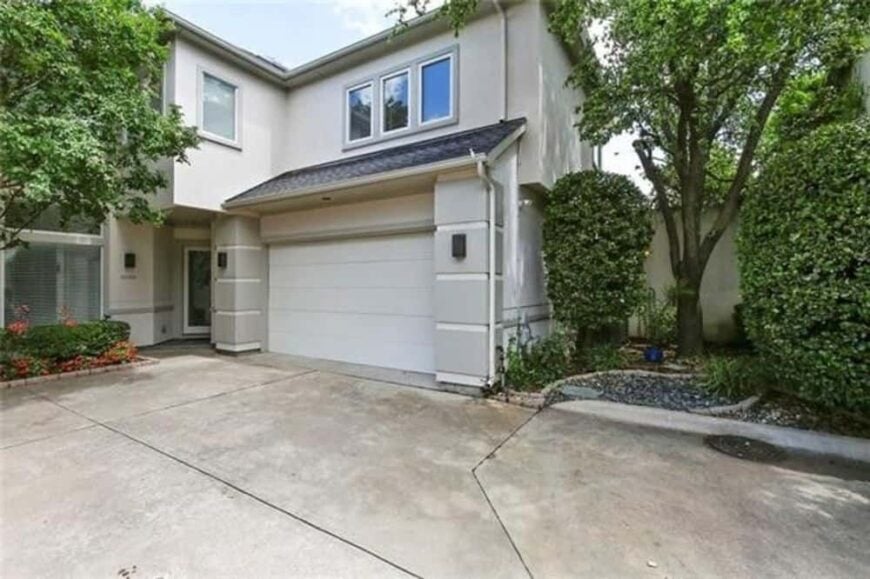 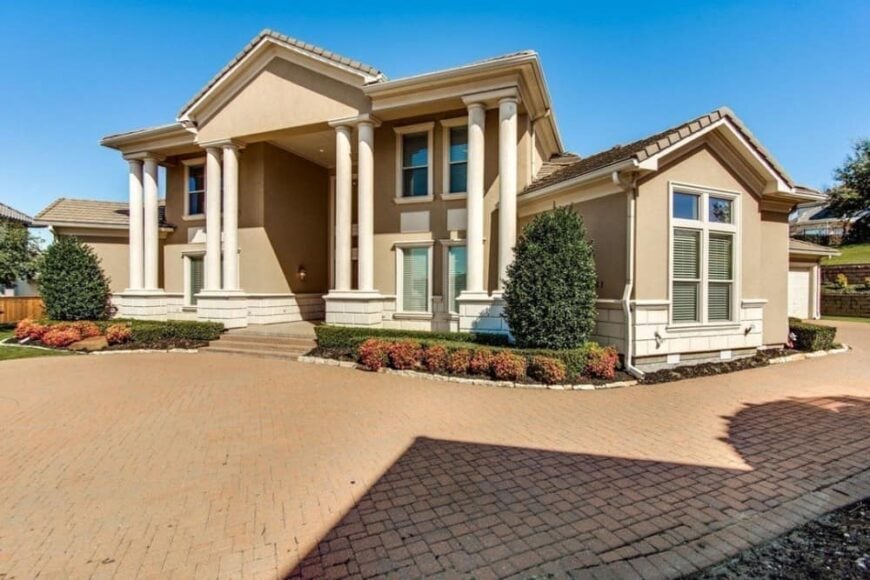 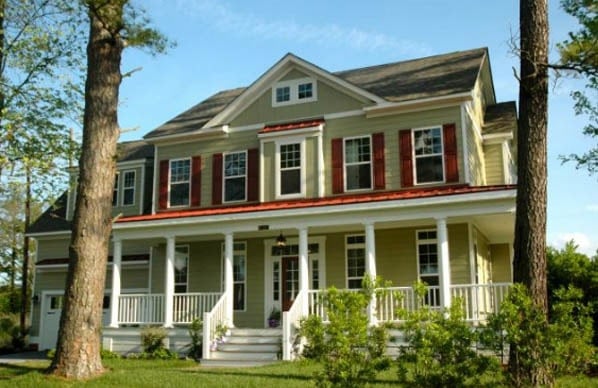 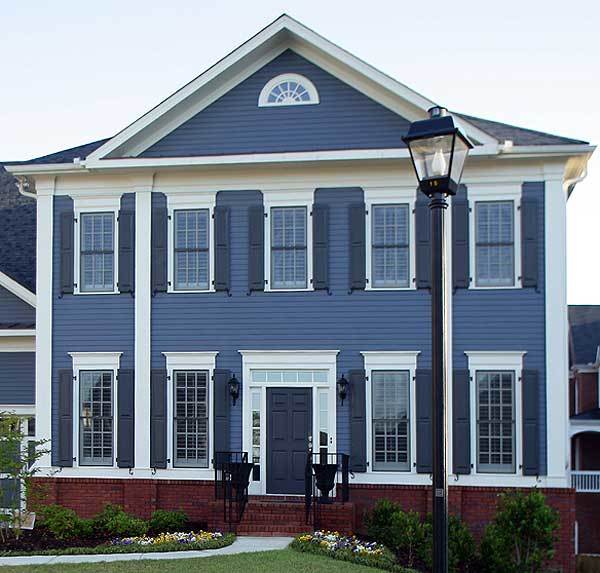 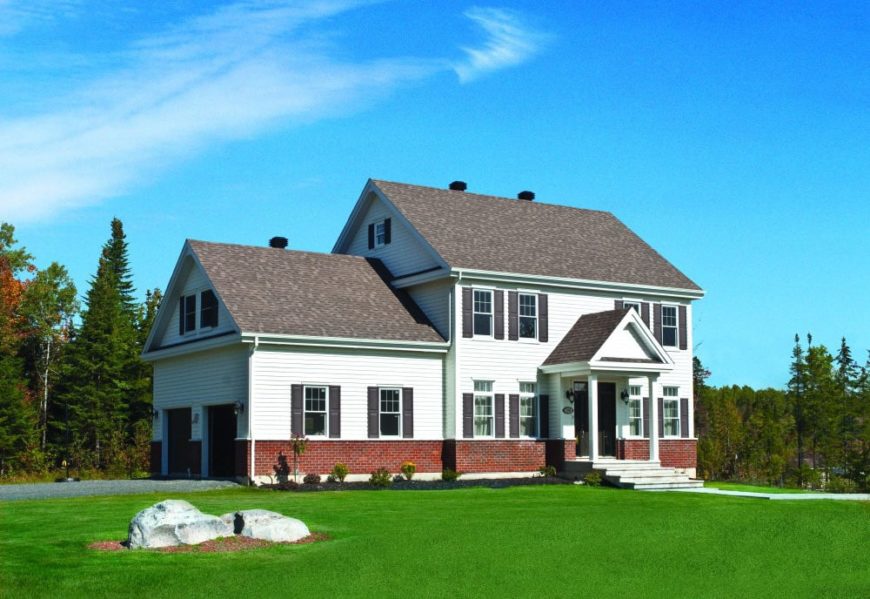 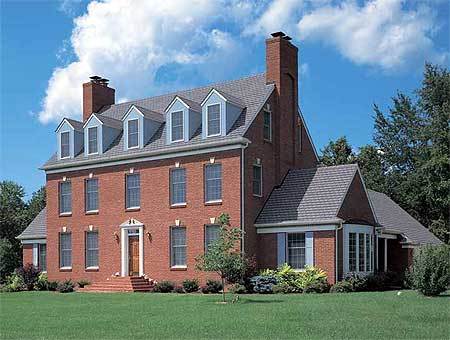 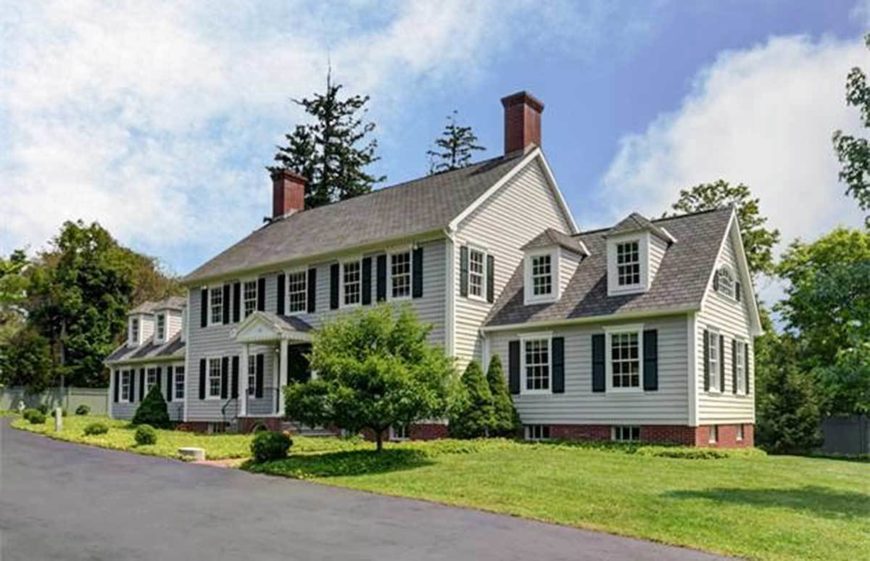 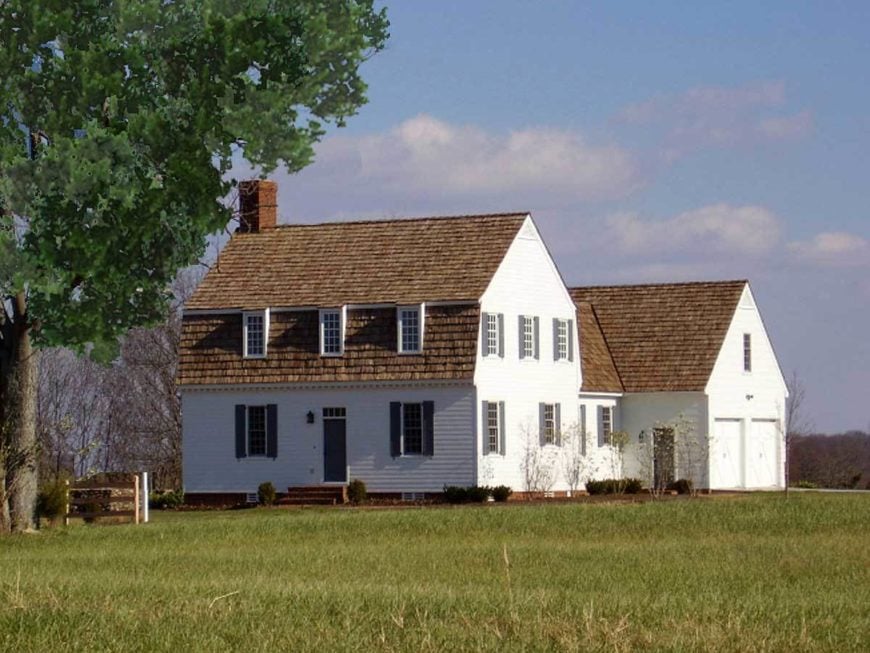 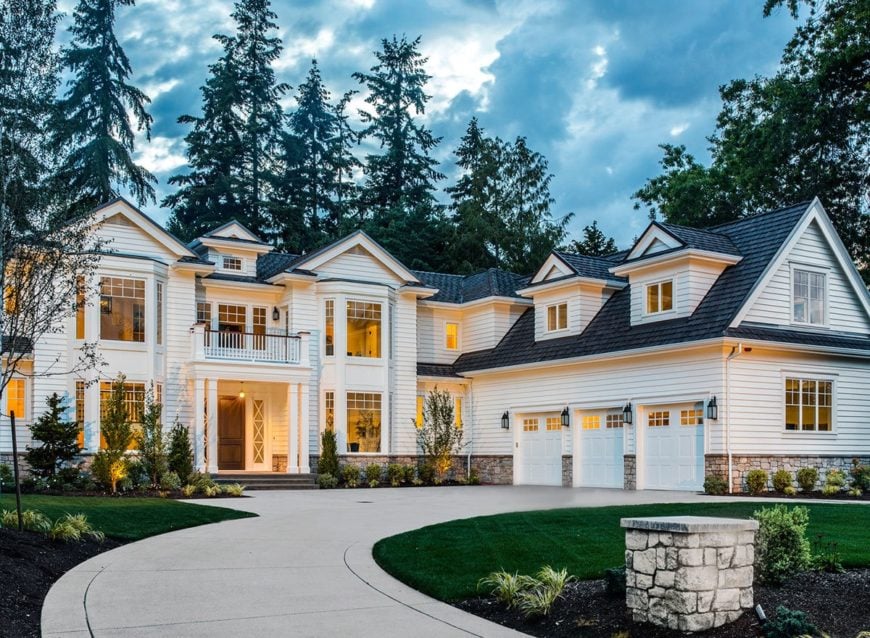 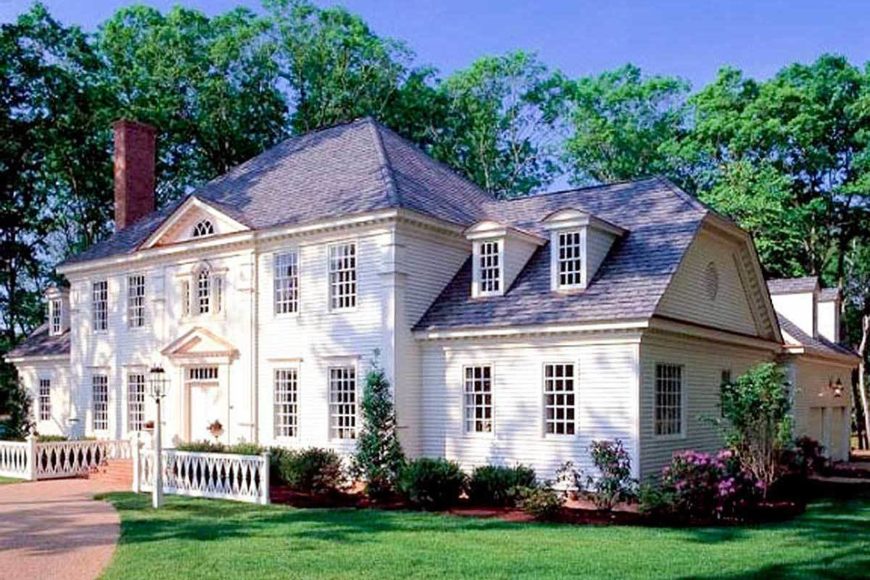 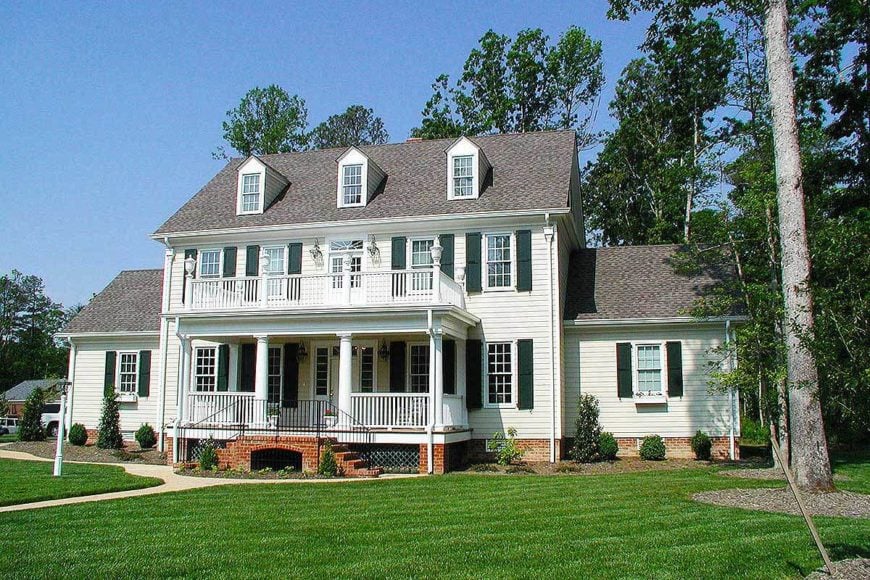 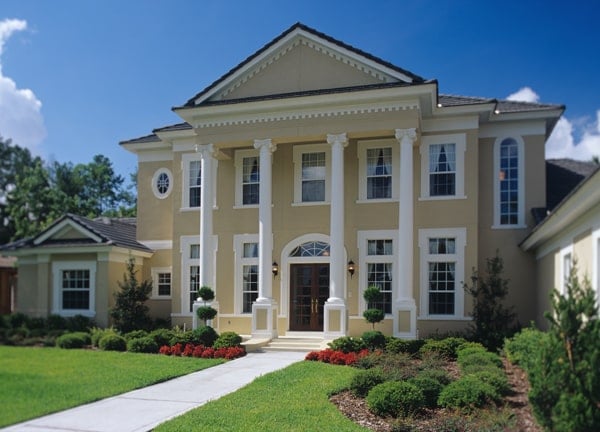 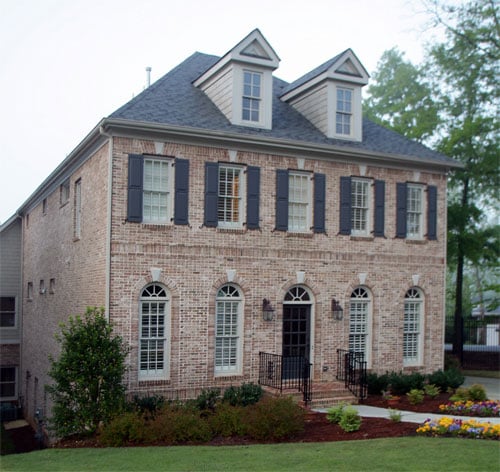 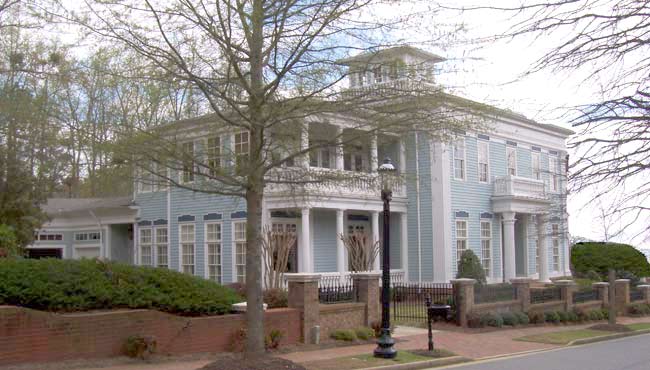 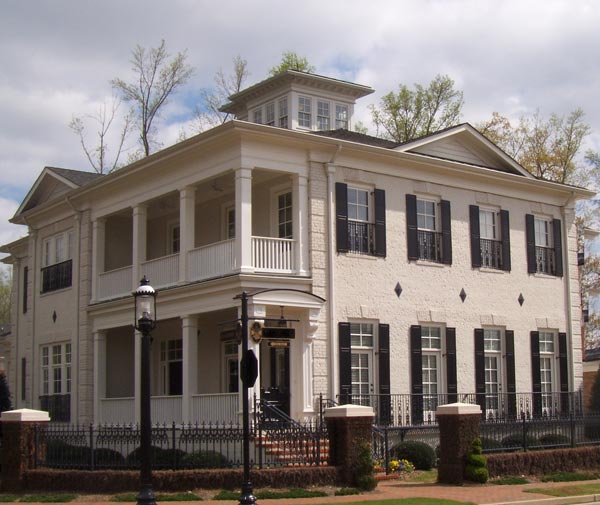 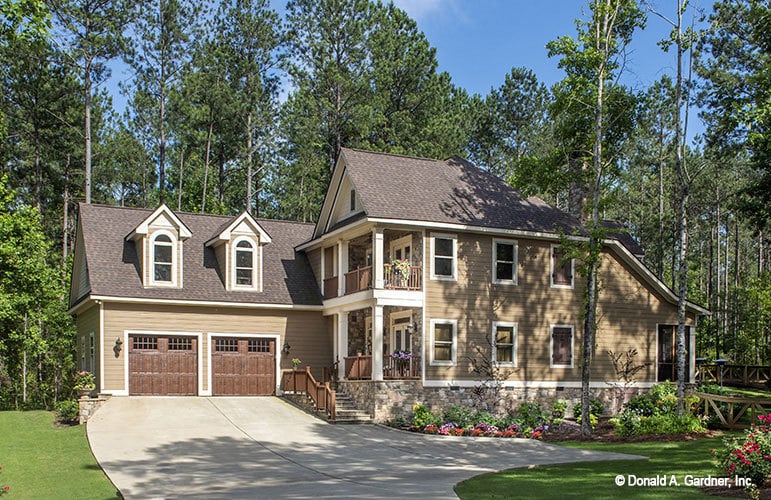 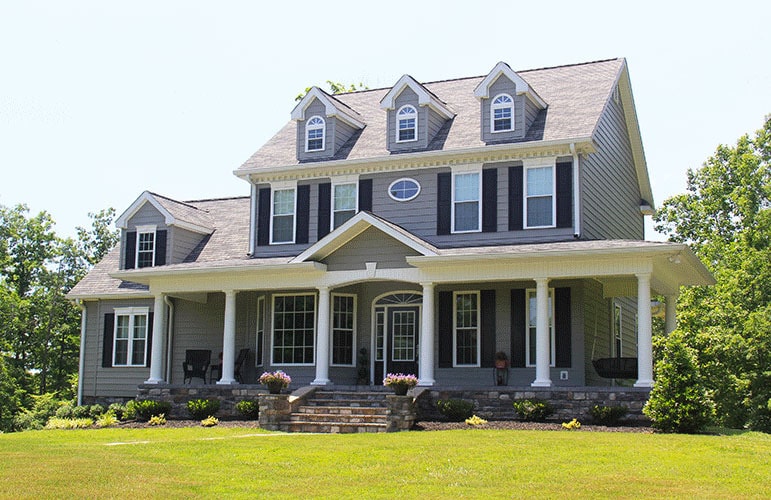 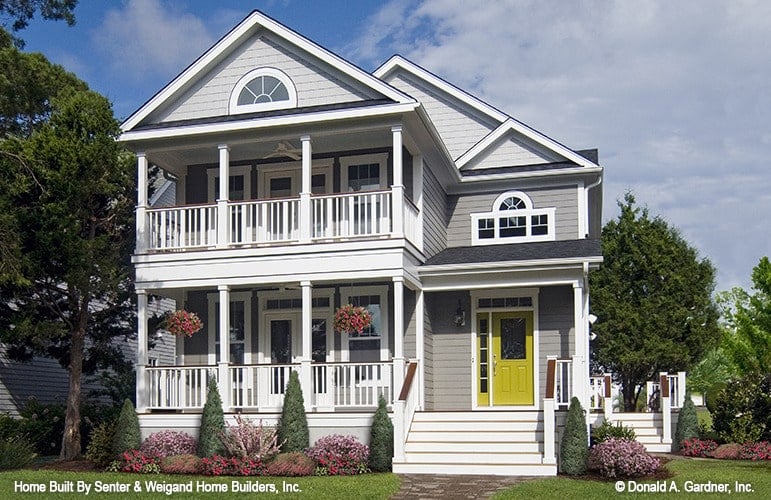 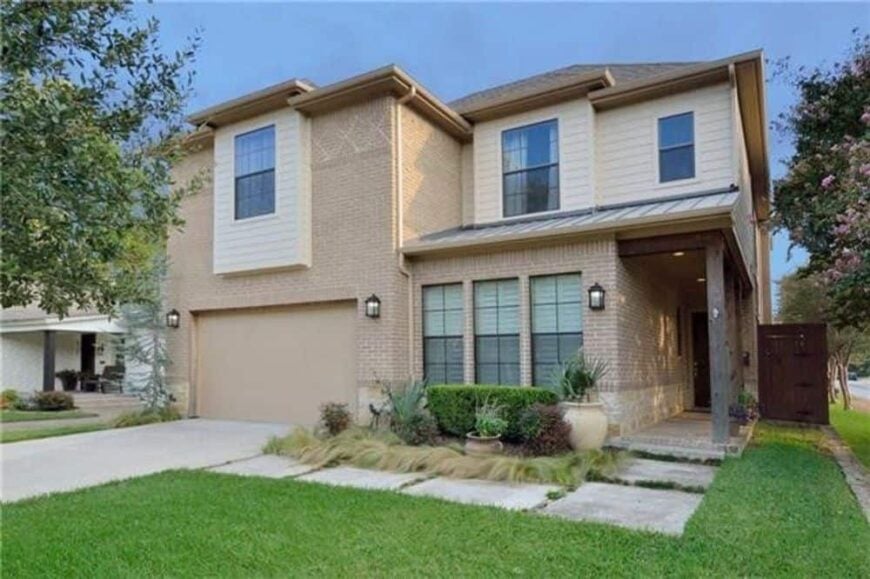 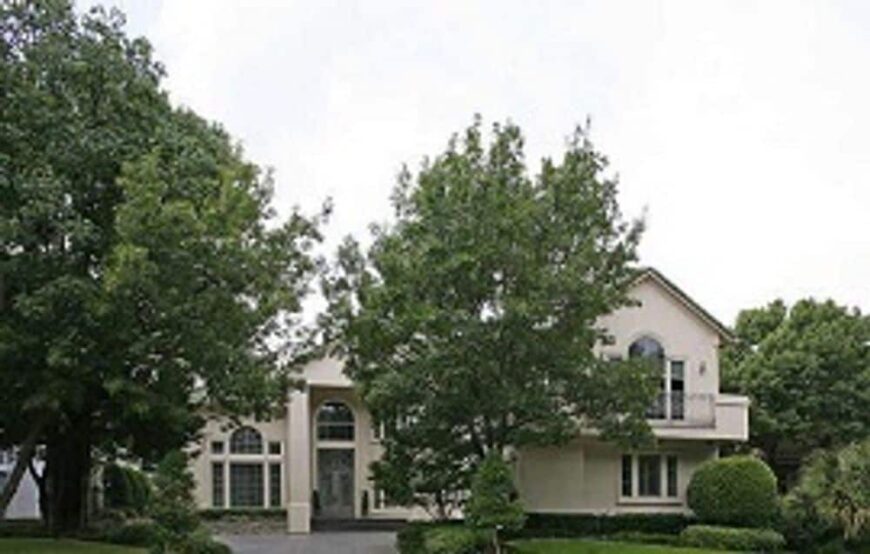 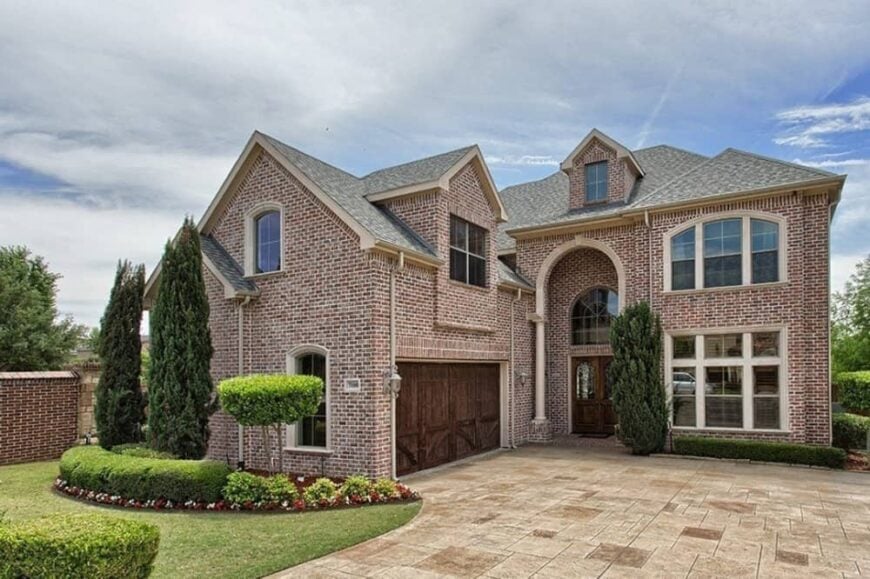 How much do Colonial-style houses cost per square feet (approximately)?

Colonial homes cost approximately $250 per square foot. This doesn’t include features like landscaping, sewer hookups, or higher-end finishes. The area where you live will also impact the cost of building a home.

Are there Colonial-style floor plans with a detached garage?  Is it possible?

Does Colonial-style house usually come with a garage?

Colonial style homes often include an attached garage. It can add symmetry to the architecture of the home, or be placed in back of the home so it doesn’t detract from the home’s facade. Drive under garages aren’t as common, but will sometimes be used for Colonial homes with a sloping lot.

Is Colonial style considered a grand or luxury style of home?  Is the style used for mansions or normally regular-sized homes?

Is Colonial style ever built as a “small” home?  Can it be built economically?

Colonial homes are traditionally thought of as being two-story homes with more rooms than some other styles. However, tiny homes can be built in the Colonial style as well. The style looks impressive no matter how big (or small) the structure.

What are popular Colonial-style exterior colors?

White is a very popular Colonial style color, and stays true to the original style. For a more modern feel, choose a statement color for trim or the front door. Yellow, grey, blue, deep red, and beige are popular colonial colors as well.

Can you build Colonial-style house on a narrow lot?

Traditionally, Colonial-style homes were built on wide lots. They are known for having a widely proportioned design that works exceptionally well on a large lot.

Can a Colonial-style homes be built on a sloping lot?

How many floors/stories does Colonial style usually have?

Traditionally, most Colonial style homes have two or three stories. The staircase is in the center of the home, and many have formal entryways. Modern Colonial homes often follow this floorplan as well.

Do Colonial-style houses have a basement?

Many Colonial style homes have a basement. These basements are often used as a recreation area given the spacious layout that differs from the more compartmentalized main floors.

Yes. Most floor plans today offer energy-efficient options, and Colonial floorplans are no different. Traditional Colonial architecture can be more expensive to heat and cool, due to the square footage and compartmentalized style. However, smaller or open Colonial styles are available as well.

Is a porch a common design feature with Colonial-style houses?

What types of roof does Colonial-style house typically have?

Colonial homes normally have peaked or pitched roofs with a little overhang. Side gable roofs are also common. Traditionally, roofs would feature one large central chimney or a chimney on each end of the roof for a symmetrical appearance.

Does Colonial style work well with a rustic interior decor?  Or is it more suited to a contemporary interior?

Traditional Colonial style includes Windsor chairs, Chippendale sofas, and Pencil poster canopy beds. Stencils and murals were popular wall decorations. Colonial homes can be designed with a slightly rustic but elegant decor. Simple tapestries and handmade quilts can add a rustic charm. Traditional designs bring out the magic of these homes, and create a timeless feel. A little luxury and formality can be added as well, particularly in areas like a formal dining room or sitting room.