Sean Combs, also known as P. Diddy, has listed his Alpine Hills home at $7.89 million. The 3.25 acre estate includes an 8,000 sq ft home with 6 bedrooms and 6 baths. Other ameities include an indoor basketball and raquetball court and a swimming pool with a waterfall. 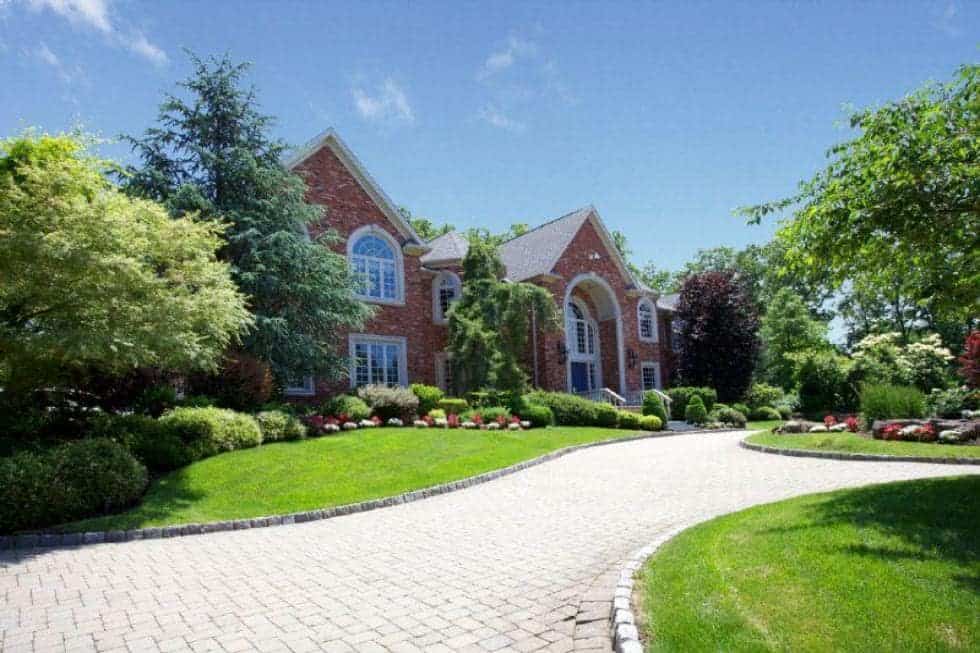 Sean Combs is listing his Alpine New Jersey mansion at $7.89 million. The 8,000 sq ft estate is befitting a star, with 6 bedrooms, 6 bathrooms, a full gym, and an outdoor waterfall. There’s a lot to love about this palatial estate, as you will soon see.

You might expect the home of an iconic rapper and business mogul to be flashy, but that’s not the case with Sean Combs estate. A brick drive leads up to the estate with a perfectly landscaped lawn. The multistory brick home has an arched entryway leading to the front door.

Once inside, the winding staircase and marble floor take center stage. High ceilings, white walls, an open floor plan, and crown moldings give the home an elegant airy feel. The living room has high arched windows, pale walls, and a rich hardwood floor. A fireplace with a white mantle adds warmth to the room.

In contrast, the home office has wood floors, walls, and ceilings. An exterior wall full of windows and a marble inlaid fireplace add points of interest. A white desk in the center of the room gives the perfect contrast.

The basement has its own kitchen, an aquarium, a home theater, and a bedroom with its own bath. It’s the perfect place for casual entertaining. The home also has an indoor basketball and racquetball court and a full gym.

The grounds include a putting green and a lighted tennis court. In the backyard, there’s a large pool surrounded by a flagstone walking area. A waterfall runs down into the pool, and there’s a separate spa pool.

History of the Estate

Sean Combs is better known by his stage names, Puffy Daddy and P. Diddy. He began his career as a talent director. In 1993, he started his own record label, Bad Boy Records. In 1997, he released his first album, No Way Out. The album is 7 times platinum and made him a star in the rap industry. In addition to many successful albums, he’s produced big names including Mary J. Blige and Notorious BIG, also known as Biggie Smalls.

The entrepreneurial spirit that led him to start his own record label has led to many other successful business ventures. In 2002, He ranked 12th on the Forbes list of the Top 40 Entrepreneurs Under 40. In 1998, he launched his designer clothing line, Sean John. In 2007, he helped develop Ciroc vodka. He also has equity in Revolt TV and Aqua hydrate, which is a zero-calorie beverage.

In addition to a thriving music career and several successful business ventures, Sean Combs is an actor as well. He’s had parts in movies including Monster’s Ball, and television shows like The Voice.