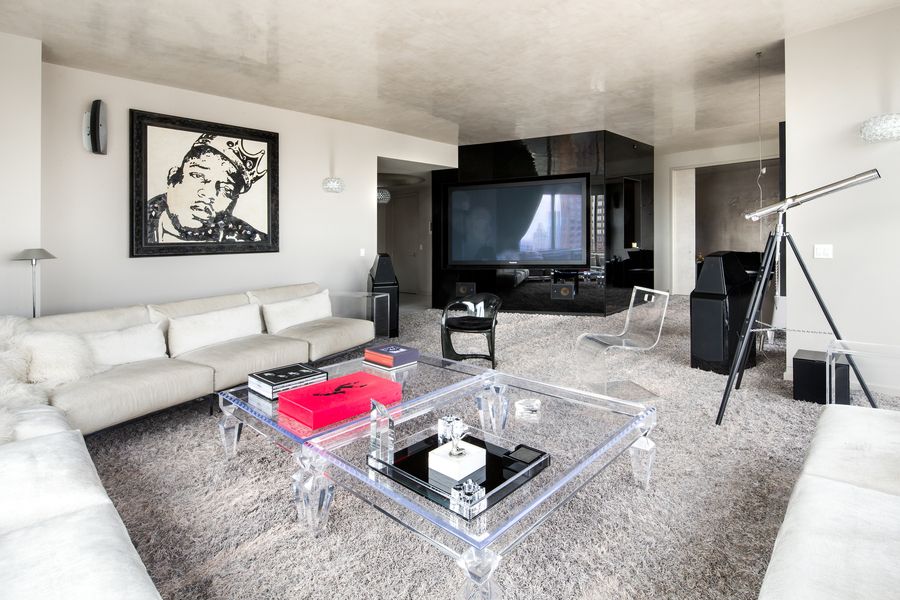 Sean Combs (a.k.a. Puff Daddy), has put his deluxe high-rise apartment up for sale. With a price tag of $7.5 million, this almost-3,000-square-foot home boasts two bedrooms, three baths, a media room, and a wet bar. This home offers luxurious living quarters in the heart of New York City.

Rapper Sean Combs, perhaps better known as Puff Daddy or P. Diddy, among other stage names, has put his New York City penthouse apartment up for sale.  It was originally listed for $8.5 million, but he’s reduced the price to $7.5 million.

The luxury condo is located on the 66th floor of the Park Imperial, a hub for celebrities.  The 2,292-square foot home offers breathtaking views of the skyline, the Hudson River, and Central Park.  From this lofty spot, you can see all the way to the Atlantic.  To enhance the aura of sophistication, Combs added a grand piano to his repertoire of exquisite furnishings.  Most, if not all, of the furniture (including the piano) is made of lucite and has an ultra-modern look.

Guests enter through the tiled foyer, which is illuminated by a round light fixture that’s almost reminiscent of the great “ball drop” in Central Park to ring in the new year.  The entryway brings you to the elaborately-furnished living room and smaller, cozy den.

In the living room, you’re greeted by a large portrait of rapper Notorious B. I.G., who was a friend of P. Diddy’s until his death in 1997.  The room’s decor features glass tables and plenty of comfortable seating.  Floor-to-ceiling windows brighten the room and give you upper-deck views of the city.  High ceilings seem to add space, making the surroundings feel more open.

Other highlights of the living area include a 90″ flat-screen TV and state-of-the-art sound system.  In fact, the whole apartment is wired for surround sound, so you can listen to music in any room.  This deluxe home includes a media room too.

The lavish apartment comes with two tastefully-furnished bedrooms and three baths.  There’s also an eat-in chef’s kitchen that offers all the contemporary amenities you’d expect to find in a space designed for gourmet meal-prep.

What people really like about this home is the galley wet bar.  Despite its somewhat compact size, it has plenty of countertop space and glass shelves.

With its ample living space, upscale furnishings, and hospitality-oriented amenities, this home is a great place to entertain.

Sean Combs, who has gone by several stage names — Puff Daddy and P. Diddy are probably the most well-known — is a bit of a jack of all trades:  singer, songwriter, actor, entrepreneur.  He was born in Harlem in 1969.  His mother worked part-time as a model, his father was murdered when Sean Combs was three years old.  The rapper attended Howard University, where, perhaps not surprisingly, he majored in business administration.

After two years at the school, he decided to start working on his career.  He launched Bad Boy Entertainment, a music production company, in 1993.  There, he had the opportunity to work with music legends such as Biggie Smalls, Mariah Carey, and Mary J. Blige.  In 2001, he went into acting, taking on various roles in movies, reality shows, and theater productions.  He also bought a hip-hop clothing line in 2008. 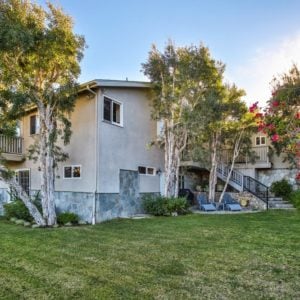 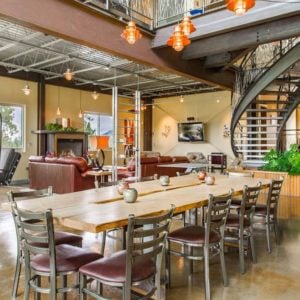