Model, actress Rachel Hunter has listed her gorgeous Hollywood Hills home for $3.45 million. It sits on 1/4-acre gated property with lush gardens, multi-level paths, pool/spa. Inside, the home has 5 bedrooms/5 baths including a beautifully appointed primary suite with adjacent balcony with views of downtown LA. 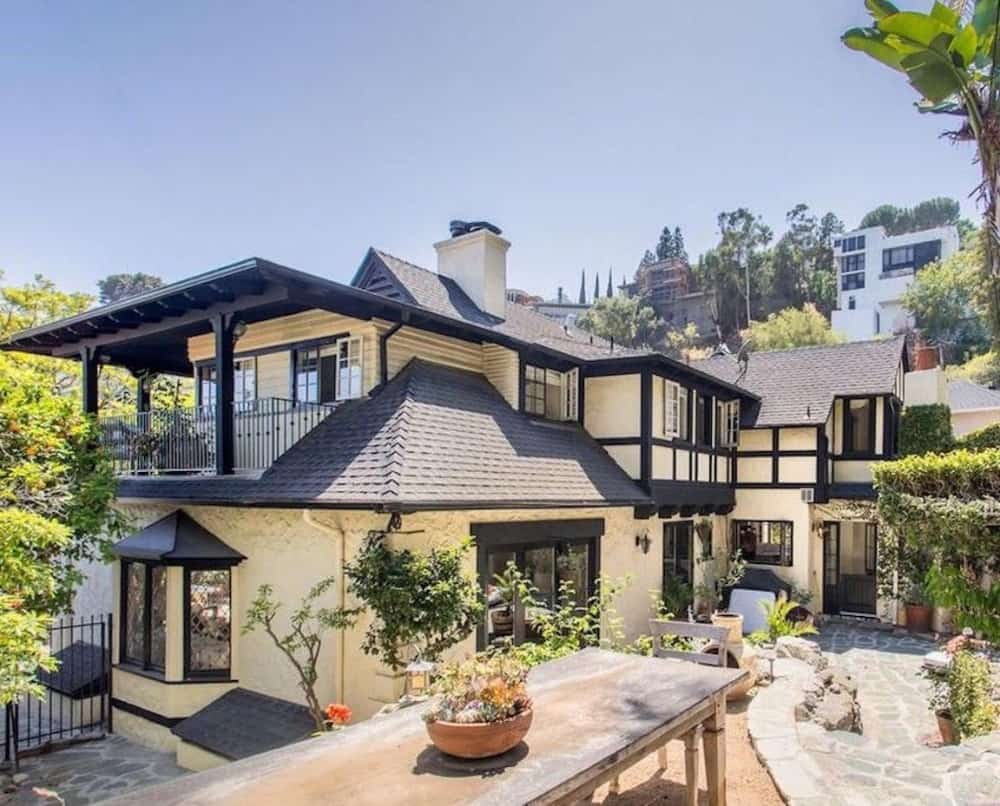 If you have an extra $3.45 million sitting around, you may want to take a look at the English Country manor-style home of the model, actress, and author Rachel Hunter. The 4,500 square foot Hollywood Hills home was purchased in April 2004 for $2.425. The home features an oversized lot, five bedrooms and five baths.

Who is Rachel Hunter?

Rachel Hunter hails from Glenfield, a suburb of Auckland, New Zealand. At the age of just 16, she was a top model walking the runways in Paris and throughout Europe. Most people think of hunter as a model, but she’s been in several movies, videos and TV shows including the Aussie-version America’s Got Talent.

Hunter’s has many other talents. She authored a book of her travels titled “Tour of Beauty,” but over the last couple of years, Hunter’s passion has moved into another realm. She has become a mediation and yoga instructor splitting her time between India, New Zealand in Los Angeles.

With this busy “on-the-go” lifestyle, there’s no doubt that Rachel has very little time to spend in her opulent LA home.

Hunter Home Beautiful and Unique Inside and Out:

Hunter first purchased the 1930’s-built Hollywood Hills home after separating from musician Rod Stewart in 2004. Hunter has had the property on the market intermittently since 2016 when she listed it for $5.0 million, $4.5 million, $3.6 and finally $2.995 before taking it off the market. Between listings, the home was rented out for around $20,000 per month.

The home is beautiful inside and out. Outside it features:

This home is the whole package with a spectacular outside, but the inside is equally as unique and gorgeous. Inside features include:

This beautiful home has so much to offer, with an opulent, yet bohemian vibe inside and natural surroundings sheltering upscale sitting areas that are perfect for entertaining or quiet evenings.

The Attraction of the Hollywood Hills

For many years, Hollywood Hills has been known as the place where the Hollywood elite, actors and musicians call home.

The early starts of the silver screen clamored to the Hollywood Hills. In the ’60s and ’70s, Sunset Strip and Laurel Canyon were home to some of the top rock acts of the day. Carole King was a resident of Lauren Canyon as was Cass Elliott, Joni Mitchell, Frank Zappa, Brian Wilson, Jim Morrison, and Buffalo Springfield.