You could own a piece of British history situated on an island paradise. Sound too good to be true? It's not if you have $8.5 million sitting around. The Duke of Windsor, also known as the disgraced King Edward VIII, once lived here after abdicating the throne. 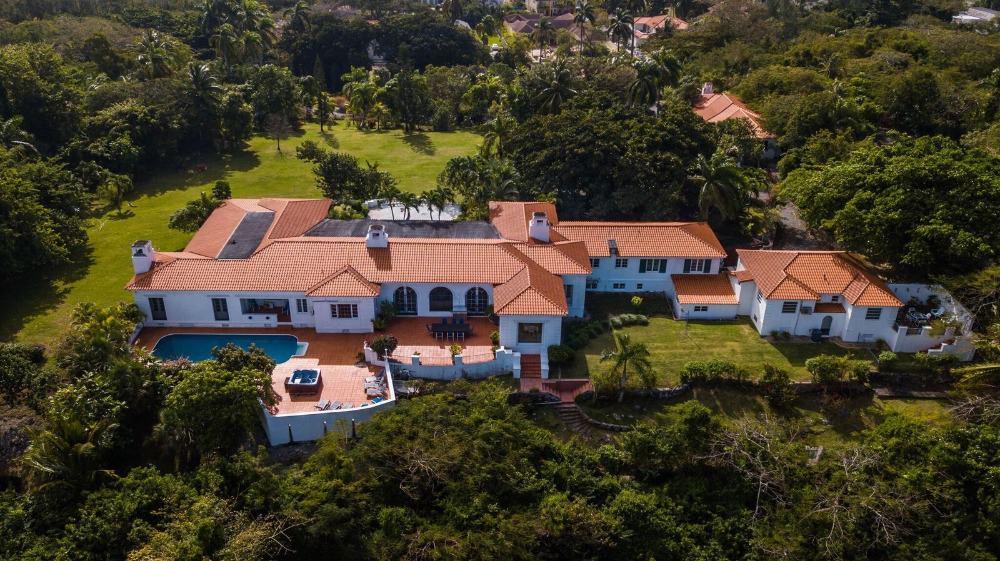 The exquisite 15,000 square-foot Sigrist house has it all: luxurious living, the perfect paradise location, and a history that touches one of Britain’s greatest scandals. And now it’s up for sale and yours for the taking for only $8.5 million. This home located just outside of Nassau, Bahamas once belonged to the Duke of Windsor, the only monarch of England to ever abdicate the throne, and combines loquacious British charm with the finest modern amenities. 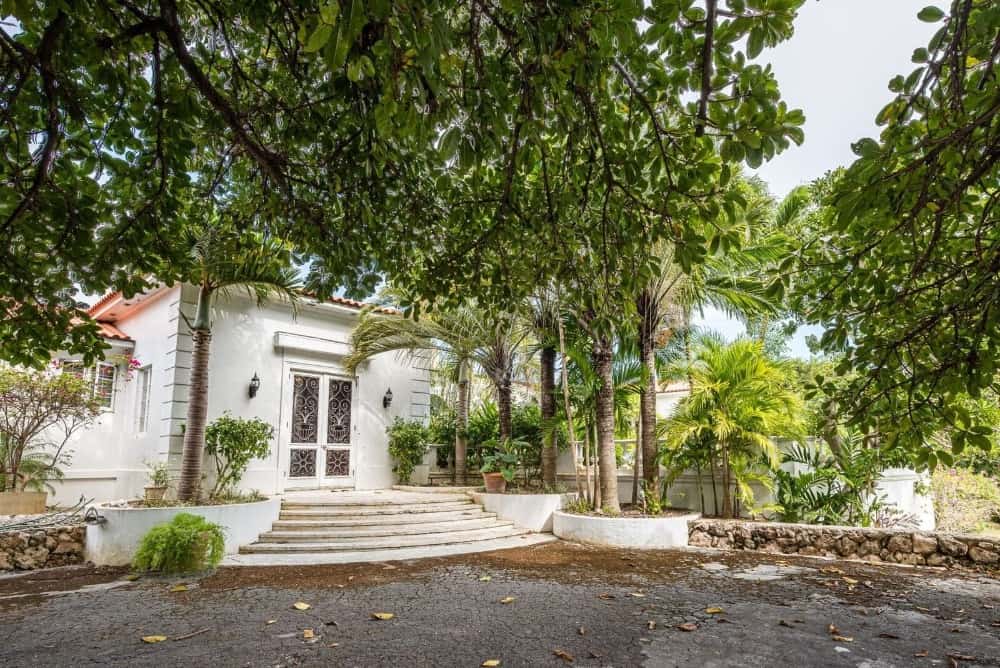 Outdoor view of the house showcasing its beautiful landscaping surrounding the property. Images courtesy of Toptenrealestatedeals.com. 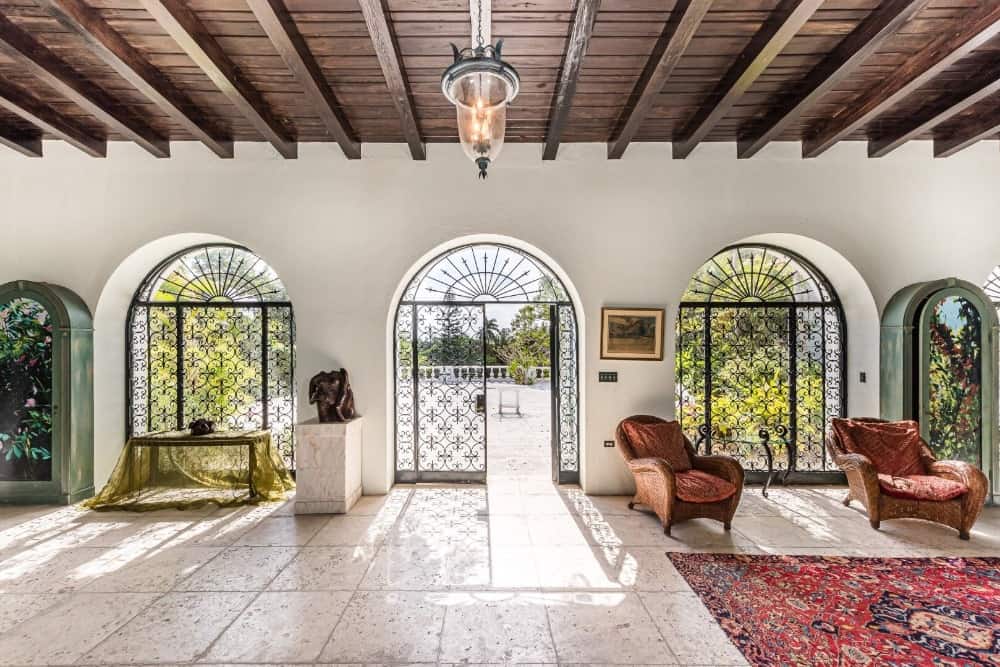 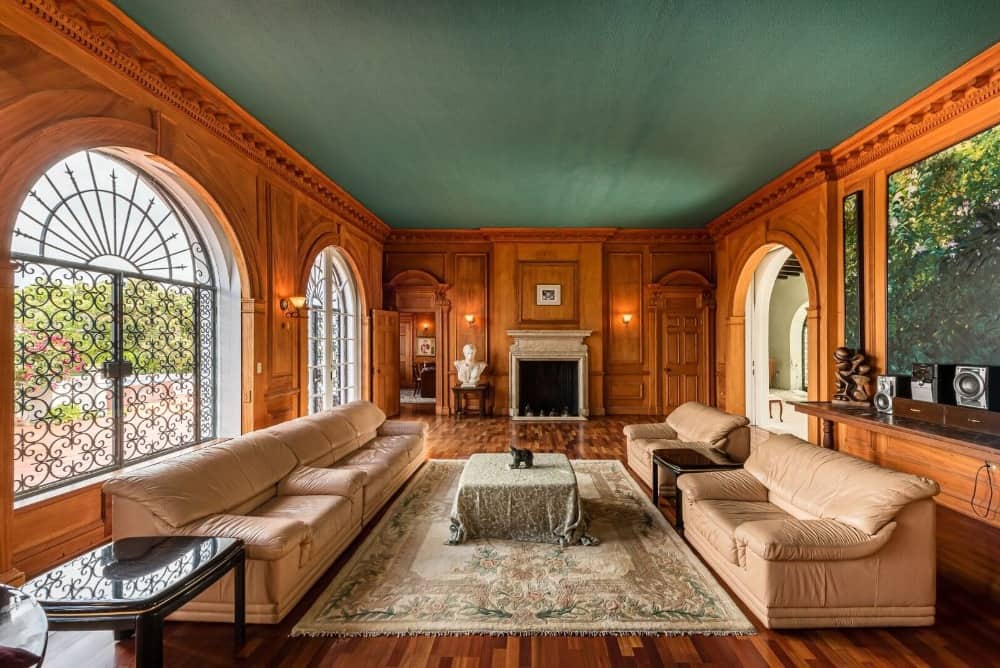 The formal living room boasts brown walls and hardwood flooring, along with a modern and luxurious sofa set and a fireplace. Images courtesy of Toptenrealestatedeals.com. 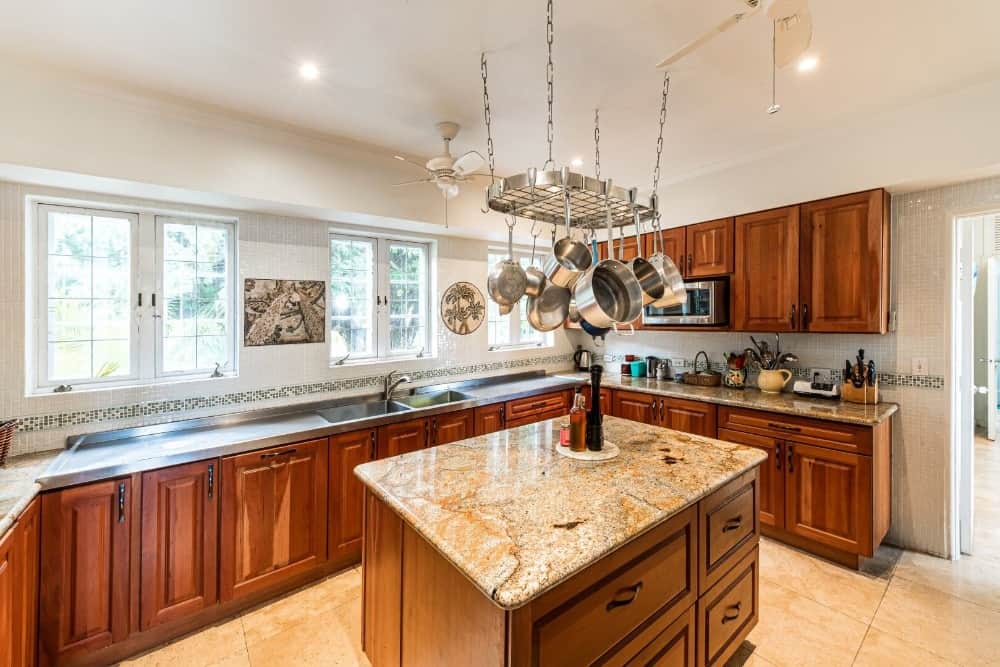 The kitchen offers a square-type center island with a marble countertop. Images courtesy of Toptenrealestatedeals.com. 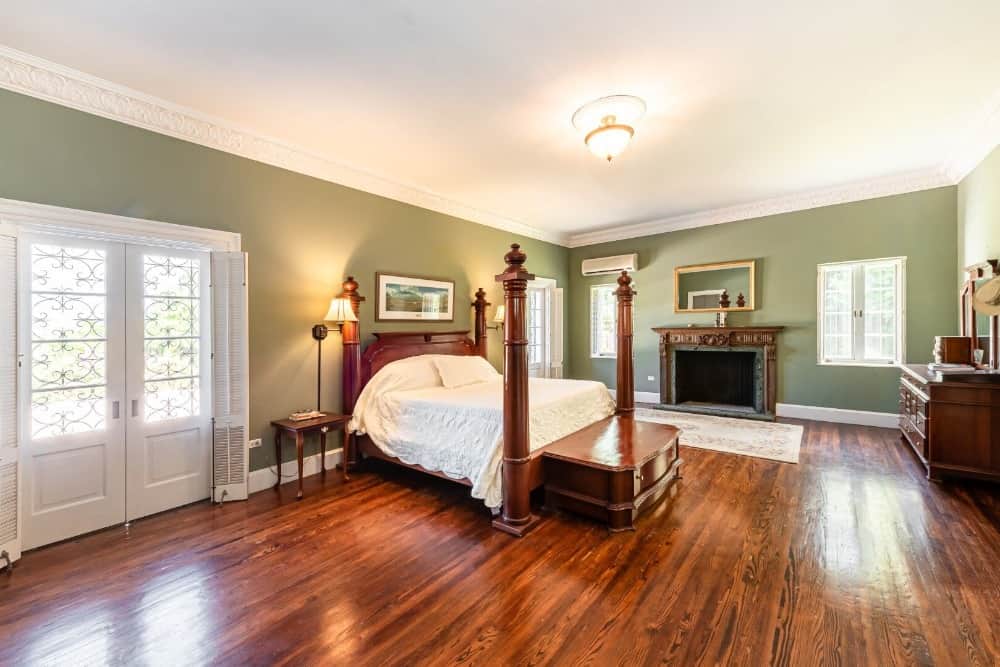 Spacious primary bedroom featuring light gray walls and hardwood flooring. The room offers a classy bed set along with a large fireplace on the side. Images courtesy of Toptenrealestatedeals.com. 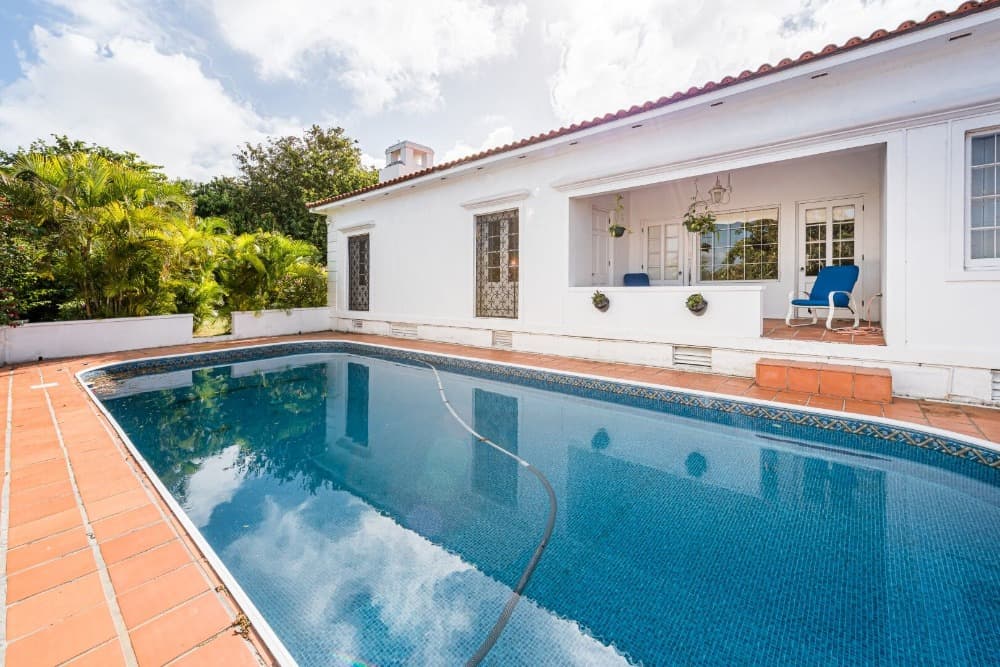 Here’s the view of the outdoor swimming pool surrounded by the home’s landscaping trees. Images courtesy of Toptenrealestatedeals.com. 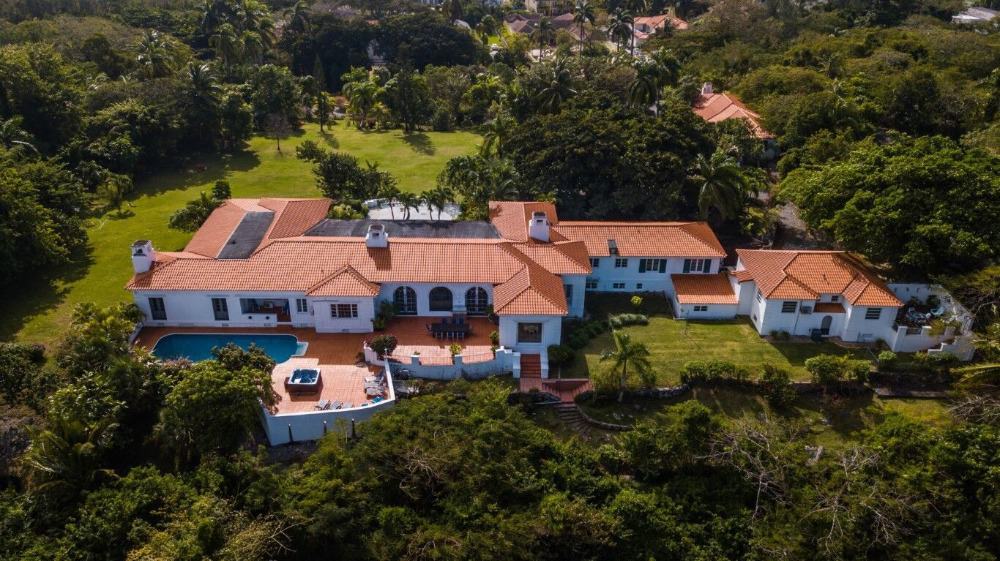 Aerial view of the house showcasing the beautiful greenery surrounding it, along with its gorgeous outdoor areas. Images courtesy of Toptenrealestatedeals.com. 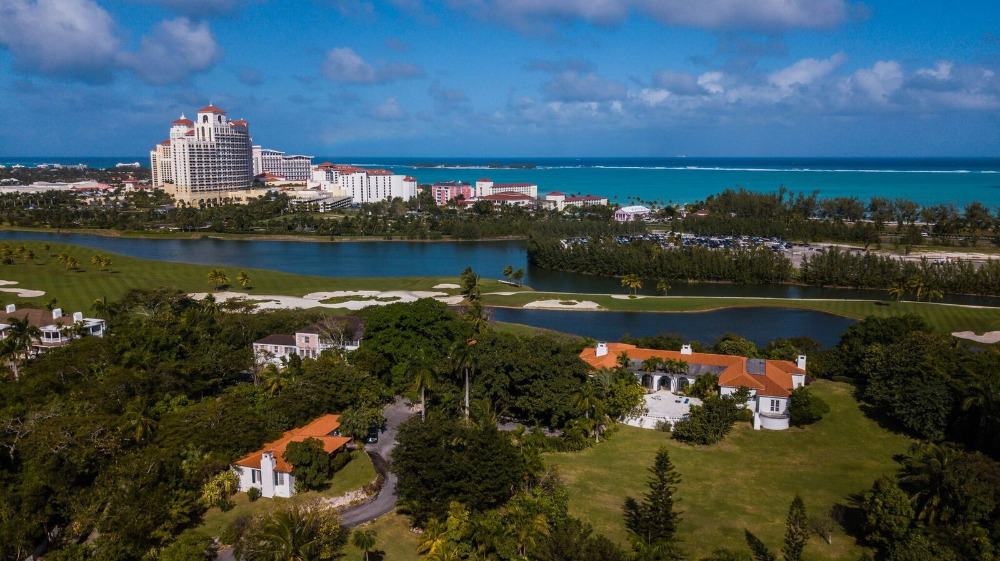 Another aerial view of the property boasting its wide lawn area and healthy greenery surrounding the house. Images courtesy of Toptenrealestatedeals.com.

The Sigrist house was built in 1930 by a wealthy British movie producer and aviation pioneer. He spared no expense building his dream home on a pristine four-acre lot outside of Nassau in the Bahamas, shipping the finest materials from England to build his home away from home. But it was ten years later that the mansion’s most famous guest moved in, and he moved in during a pretty low period of his life.

The Duke of Windsor, also known as Edward Albert Christian George Andrew Patrick David, also known as the Prince of Wales, also known as King Edward VIII, was sent to the Bahamas as a sort of long-distance grounding by his royal mother, Queen Mary. The Duke of Windsor served as King of England for less than a year before abdicating the throne to marry the love of his life, American divorcee Wallis Simpson. Choosing love over the crown was a pretty unpopular decision among the royal family and Queen Mary forbade the Duke from returning to England.

The banished Duke of Windsor caused more trouble by touring Germany in the late 1930s, a time when they didn’t quite get along with his native England. In an attempt to keep him out of trouble and out of the public eye his mom sent him to the Bahamas to become governor. Not the worst place to be exiled, is it? The Duke of Windsor chose the Sigrist house as his temporary residence while the Governor’s Mansion was being renovated.

This mansion is truly fit for royalty, albeit disgraced royalty. It boasts gorgeous ocean views on a secluded four-acre lot, a pristine swimming pool, four custom fireplaces imported from England, and renovated modern spaces. It has 15 total bedrooms and 15 bathrooms, split into the main residence, two guesthouses, and an apartment.

The thing that makes this mansion unique is the combination of classic, historic elements, modern upgrades, and stunning location. Exquisite wood paneling makes you feel like you’re in old-world England, but a step outside reveals unbeatable views of the ocean, golf course, and tropical beauty. The house has been meticulously updated so that you won’t sacrifice any modern conveniences while enjoying this unique piece of history.