One of the most desirable homes in the most desirable locations in Dallas was sold to a mystery buyer in 2019. But the eight bedrooms and 11,387 square feet of this architectural marvel (not even counting the media house or the cabana) are sure to fit the prestigious neighborhood. 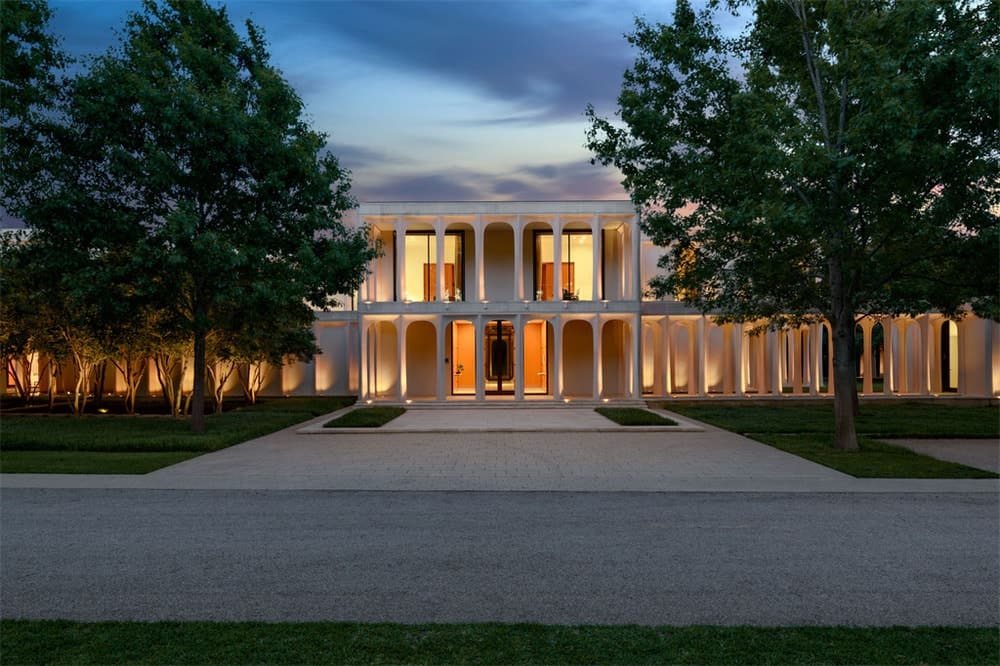 If you are rich, famous, or both, and you live in Dallas, there is a good chance you live in a 56-acre (23-hectare) neighborhood of just 20 city blocks called Preston Hollow.

Properties in Preston Hollow don’t come up for sale very often. So, as you might imagine, there was quite a stir when the historic Henry C. Beck home came on the market.at the bargain price of $23 million.

Henry and Patti Beck commissioned their home in 1963. They chose renowned architect Philip Johnson to create a unique design. Johnson is famed as the architect of the Garden Grove, California Crystal Cathedral, and his 1949 Glass House in New Canaan, Connecticut. Johnson created a home for the Becks with the same glass construction he used in his other famous projects.

This 11,387-square-foot estate home sits on 6.5 acres of land, one of the larger lots in Preston Hollow. The main house has four half-baths, seven full baths, eight bedrooms, and dramatic double staircases framing a huge, open entry hall. There are formal dining and living rooms, two studies, an updated butler’s pantry and kitchen, a guest suite, a house manager’s office, and a private stairway leading to the second floor.

Instead of a media room, this Philip Johnson design has a media house with a full bath and kitchen. The 1,521 square foot cabana has two bathrooms and a full kitchen with glass doors that open to terraces leading to the tennis court. There is a 2,232 square foot finished basement, a rarity in Texas. And, as hard as it may be to believe, this venerable old house was in sore need of trim and touch-up when Patti Beck sold it in 2002.

The Beck house received massive renovation and complete re-landscaping that took from 2002 to 2008. It regained the attention of Dallas socialites when the owners entertained both President Bush and President Obama — twice — during their presidencies.

The sellers in 2019 had modest aspirations for the sale of their refurbished mansion when they put it on sale in 2018. But with skillful marketing, the Preston Hollow property went for considerably more than the asking price. Sotheby’s agent Faisal Halum negotiated a final sales price of $27.5 million. Desiring privacy, the buyer has not allowed his or her name to be disclosed, operating the home through a management trust.