2 diagrams that show the different parts of a gazebo and how a gazebo is built from foundation to roof. These custom diagrams will give you a really good idea how to build or plan a gazebo and then build it. 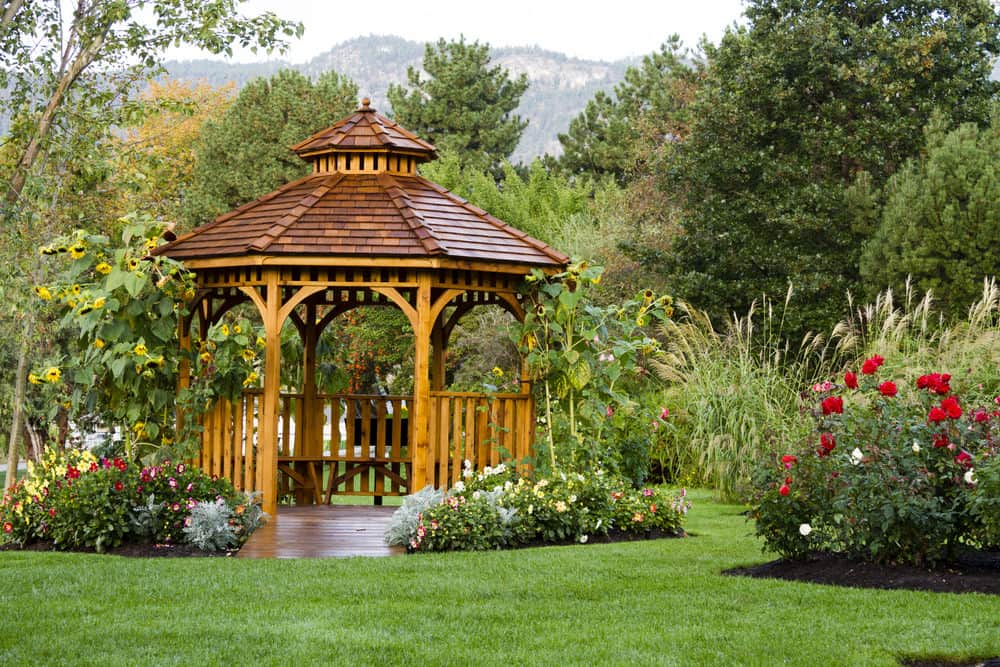 We had a gazebo on our property once upon a time and loved it. It was a terrific place to eat outside. Ours was square with a square picnic table and benches inside.

Gazebos aren’t terribly popular as backyard structures because they’re costly, but they can be a terrific addition offering a covered space. There are many types of gazebo designs as well as many parts to a fully constructed gazebo. Below we set out two detailed diagrams illustrating the anatomy of a gazebo.

Parts of a Gazebo (Diagram) 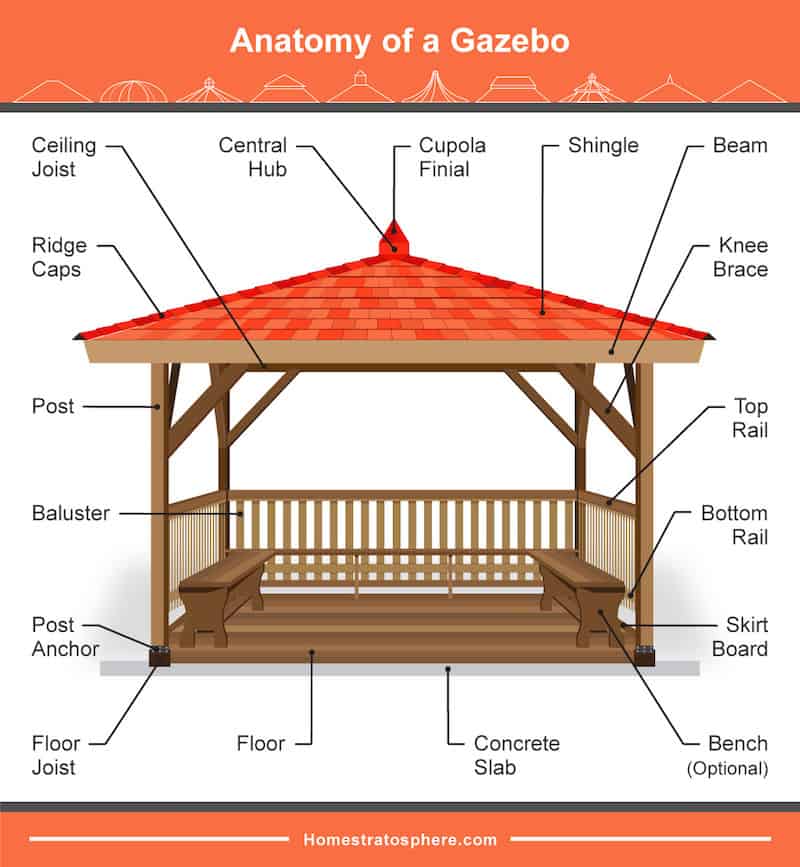 Cross-Section Anatomy of a Gazebo (Illustration) 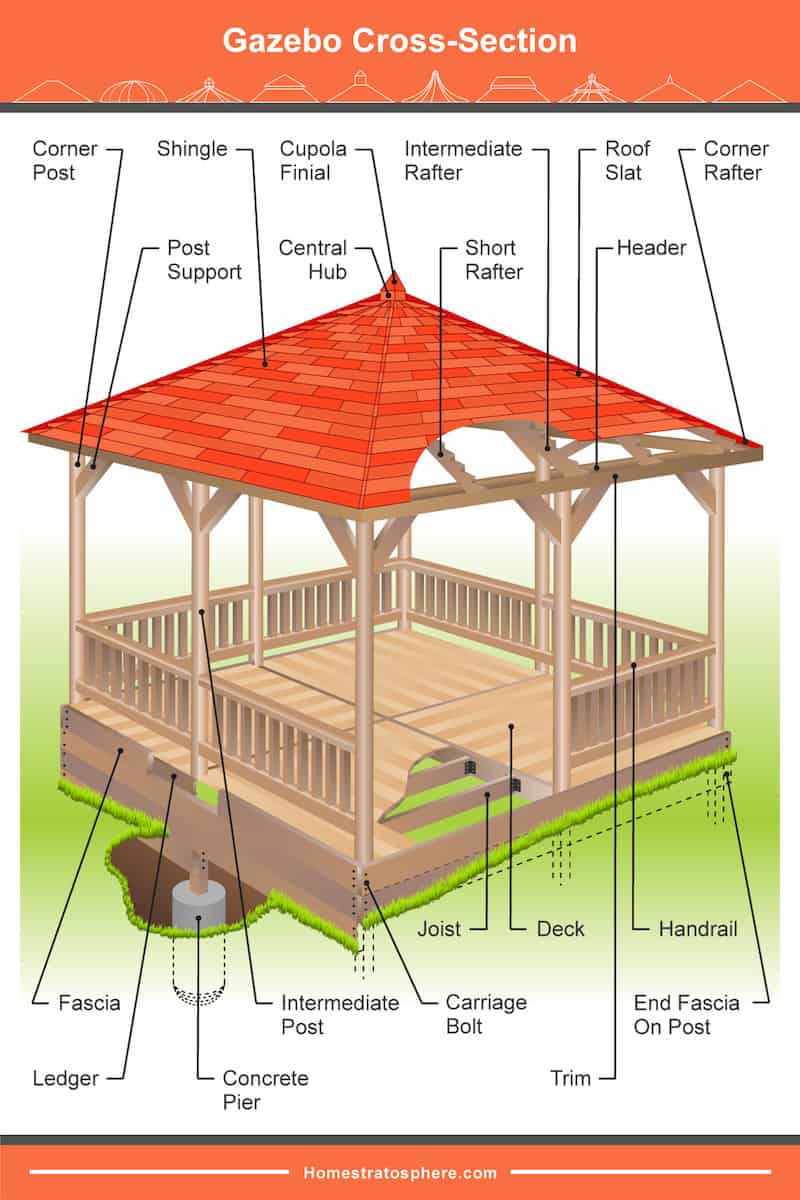 Related: Round Gazebos | Gazebos with Screens