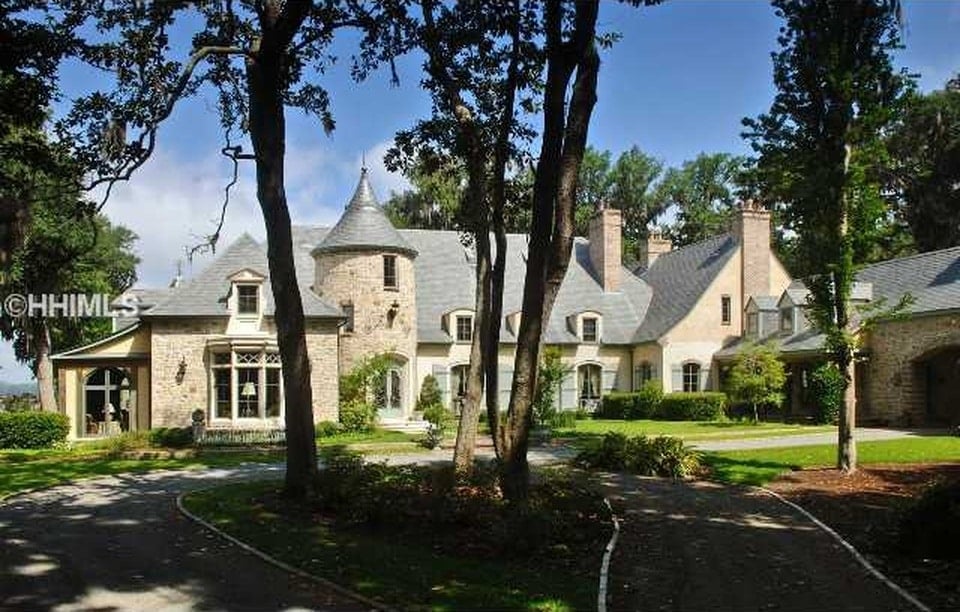 A southern European-style mansion in Bluffton, South Carolina is now on the market. This mansion is priced at $12.6 million.

The mansion is measured at 20,000 square feet with six bedrooms, thirteen bathrooms, formal rooms, a primary suite, three fireplaces, and a music room. The property also boasts of a guest house, pool, spa, access to a golf course, a private deep-water dock and pond.

This newly-built mansion in South Carolina is listed by Celia Dunn of Sotheby’s International Realty.

The permanent development of Bluffton, South Carolina began after the Revolutionary War had brought almost complete destruction. Homes were constructed during the early 1800s by area plantation owners seeking the high ground and cool river breezes as an escape from the discomfort on Lowcountry rice and cotton plantations in the sweltering summer heat. The Civil War brought more destruction to the town when the Union army took over, as it was the best lookout for war activity with its elevated views over the land and sea. Union soldiers destroyed 80 percent of the existing buildings.

Currently for sale is a 20,000-square-foot southern European-style mansion built in 2004 in the elite Colleton River community. Filled with luxurious amenities, the six-bedroom, thirteen-bath house is sited on 10 acres with 500-foot frontage on the Colleton River with a private deep-water dock and pond. Grounds also include a guest house, pool and spa.

In addition to formal rooms and a primary suite of multiple spaces and three fireplaces, the music room includes a Baccarat chandelier and 18th century paneling from the Hungarian Embassy in Paris. The home includes access to a golf course featured in the film The Legend of Bagger Vance. Priced at $12.6 million.