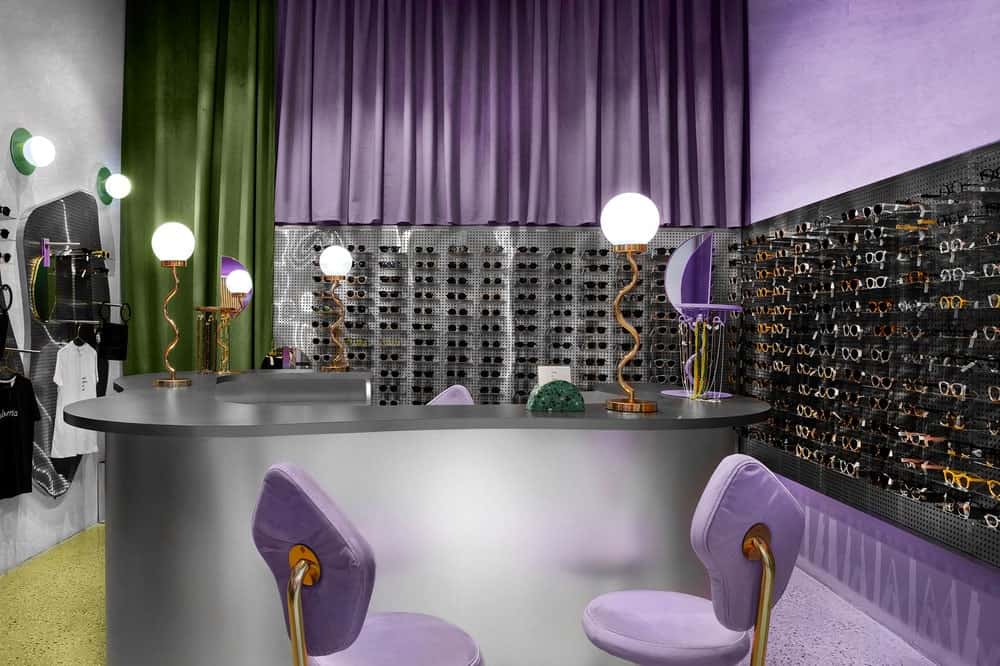 Masquespacio presents its first project in Colombia for the sunglasses & frames brand Breathe.

The first design by Masquespacio in the studio’s creative director Ana Hernández’s native city Bogotá consists of the creation of the new store from the sunglasses and frames brand. The initial aim this way was to create a new identity for the third store of the Colombian brand.

As to the design, its inspiration was taken from the study of Breathe’s brand values with a clear focus on selling human products.

As a consequence, you can recognize the different organic forms with a clear human approach, applied to the store’s design, which is getting away from the regular forms used by Masquespacio in most of their projects.

For the exhibition elements from the store on the other hand the de-sign includes shelves to highlight any specific product like in the win-dow shop as well as taking in mind versatility for them with the aim to give Breathe the possibility to incorporate other types of products. For this reason, the perforated holders on the walls have the possibility to easily move shelves and hooks that adapt to each exhibition requirement.

As always in Masquespacio’s designs, Breathe’s new store can count with a touch of color, in this case, lavender and earth green. Although the chosen colors are less usual and color has been limited to floors and walls mainly. This way, they can combine easily with the different colors from the products for sale.

On the other hand, as always, all elements of the project have been designed by Masquespacio, including the furniture and the decorative lighting.