The elegant 7,977-square-foot Tarzana House owned by Kaley Cuoco and her husband has been put on the market for $4.895 million. 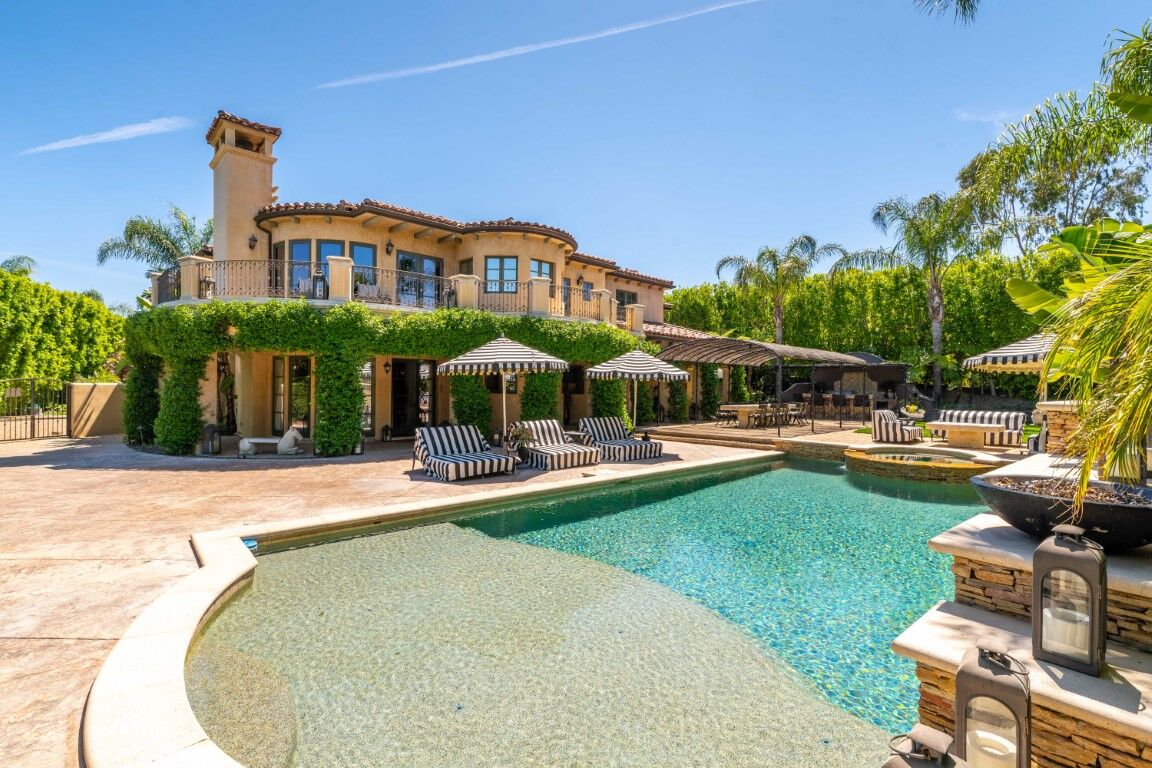 Kaley Cuoco has decided to sell her Tarzana home for $4.895 million. The 7,977 square-foot home has been the dwelling for the successful actress and her husband, Karl Cook since 2014. They bought the home from Lamar Odom and Khloe Kardashian. We have no idea why the power couple decided to put the house back on the market, but investors are so glad they did.

You may know Kaley from her stint on the popular sitcom “The Big Bang Theory”. She played “Penny” from 2007 until the shows end in 2019. Her resume is glowingly extensive. She’ll continue to have her hands full with her latest venture, the adult animation series, “Harley Quinn”. Not only does the gorgeous blonde starlet lend her voice to the title character, but she also executive produces the show under her Yes, Norman Productions company. Kaley has a lot of irons in the Hollywood fire, as of late.

Did You Know How Tarzana Got Its Name?

Tarzana, CA is the home to many illustrious LA residents. If you’re anything like me, you probably don’t know how Tarzana got such an exotic name. Well, here’s the dish; Edgar Rice Burroughs, author of the iconic Tarzan novels coined the enclave. When he arrived in LA in 1919, after relocating from Oak Park, Illinois, he purchased 550 acres from General Harrison Gray Otis. Burroughs went on to name his parcel Tarzana.

Today, Tarzana is about 9 square miles and is home to many films, cable, and television stars due to its location in Los Angeles.

Wonder If Kaley Ever Named Her Abode

The home has a breathtaking two-story foyer. As a result, you enter and feel so much space all around you. The curved wrought iron staircase that greets you is to die for. Each bedroom – there are six – has an en suite bathroom. To boot, there are three additional baths in the dwelling as well. Of course, there is a living room, a contemporary formal dining room and a three-quarter acre lot of outdoor space. The picturesque pink marble-tiled pool area in the back of the residence screams awesome.

The home appears to be fully enclosed and private. You can imagine that the last two groups of owners needed all the privacy that they can get. The landscaping does just that. It looks as if you are in a private villa all to your own.

There are fireplaces and beautiful outdoor balconies in the space as well. The curb appeal is excellent. In the mood for dangling from a star? There are swings in the family living space to get you off the ground! The expansive kitchen is fully appointed and boasts black and white accents. It is more than anyone can put into words. The best thing about this home is the privacy afforded as a result of the landscaping.

Surely Kaley and Khloe enjoyed the endless closet space for their extensive shoe collections. I wonder if the head- turners got much use out of them, hmmm???