Jorge Perez is the highly-successful real estate developer who developed 50 of Florida’s most successful condominium projects. His sleek modern penthouse in One Ocean, South Beach is now on the market priced at $20 million.

The penthouse of Jorge Perez in South Beach is listed by Mark Zilbert of Brown Harris Stevens Real Estate in Miami, Florida.

Known as the Donald Trump of the Tropics, regardless of his politics, Jorge Perez’s success story as a Cuban-Argentinian who immigrated from Colombia at age 19, is the very type of person presidential hopeful Donald Trump has spoken about when it comes to immigrants for whom he would widely open the door of the U.S. Long time collaborator and friend, Trump has also written the foreword in Perez’ book Powerhouse Principles: The Ultimate Blueprint for Real Estate Success in an Ever-Changing Market.

Going straight to acquiring education on his arrival in the U.S., Perez gained a master’s degree at the University of Michigan and became an economic development director for the City of Miami, Florida. In 1979, he founded The Related Companies with New York partner Stephen M. Ross. Starting with building and running low-income housing, Perez has developed over 50 of Florida’s most successful condominium projects including his own residence at One Ocean in South Beach.

Now for sale, Perez’s sleek modern penthouse is atop the peninsula-style One Ocean wing, affords glass walls on three sides, a wrap-around clear view balcony, and spectacular views with a large roof terrace that includes a private spa. The two-story unit is comprised of 3,528 square feet with four bedrooms, six baths, top appliances, fixtures, and materials. 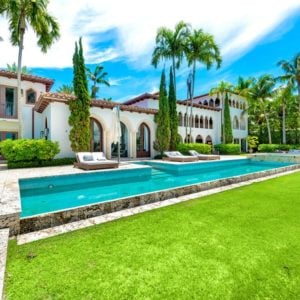 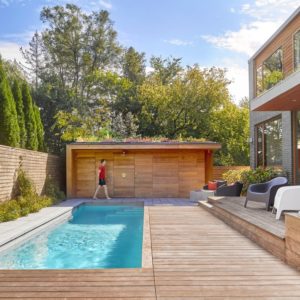