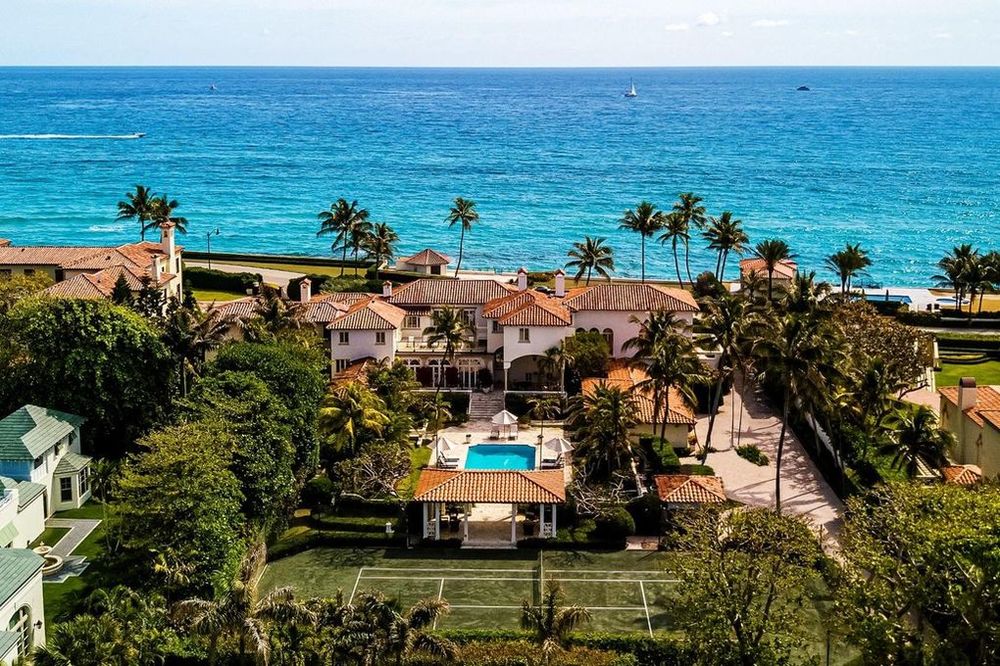 The Palm Beach mansion once owned by John Lennon of the Beetles and his second wife, Yoko Ono, is currently on the market by its current owners for $47.5 million and is listed by Robert Walsh of Spiers Realty LLC.

John Winston Lennon gained his fame as one of the co-lead singers and founder of the iconic music band, the Beetles, along with being an award-winning songwriter. He was born in 1940 in Liverpool, England, and was known for his quest for peace in the world. Two of the 25 hit singles the Beetles had on the Billboard Hot 100 Lennon penned, “Imagine,” and “Give Peace a Chance.”

John Lennon and his second wife, Yoko Ono, purchased a gorgeous oceanfront mansion in Palm Beach, Florida, for $725,000 just six months before he was shot and killed by Beetles fan Mark David Chapman in the archway of his Dakota apartment building in New York City on December 8, 1980, hours after he autographed a copy of “Double Fantasy,” for Chapman.

Unfortunately, John Lennon never got to enjoy his new mansion but did get to help layout the renovation design for it before his death. Yoko Ono completed the renovations and sold the Old World Mediterranian-style mansion, named El Solano, in 1986 for a cool $3.15 million.

The seven-bedroom home is nestled on 1.9 acres of property and measures 14,145 square feet. It boasts twelve bathrooms, formal living and dining rooms, a den and library, several fireplaces, a gourmet kitchen, and a wet bar. Guests enjoy gazing at the hand-stenciled ceiling along with the coquina stone accents throughout the house while lounging by one of two swimming pools.

The property also features a tennis court, a three-car garage, a guest house, and panoramic ocean views with its own private beach area complete with a cabana for lounging and relaxation. A covered patio makes a great space for outdoor living and entertaining while the main swimming pool in the back of the house stands out beautifully from the tropical shrubs and plants that align the surrounding walkway.

The library features a serene reading nook near a large window that overlooks the property. The wood-paneled walls and tray-style ceiling, highlighted by a gorgeous chandelier, make this space cozy and welcoming for all.

The mansion was designed by famed Palm Beach architect Addison Mizner and constructed in 1925 by craftsmen who were brought in from Europe. It is believed that about 32 billionaires on the Forbes list of 400 worldwide have homes in Palm Beach or at least visit there often.

Some famous residents of the area include rocker Rob Stewart, Howard Stern, Carl Icahn, and bestselling author James Patterson. The Kennedy family has ever owned a winter mansion there since the early 1930s. It is known that President John Kennedy spent his last weekend alive at the mansion that belonged to his father, Joseph, before heading to Dallas, Texas, where he was fatally shot by an assassin.

The home is currently on the market by its current owners for $47.5 million and is listed by Robert Walsh of Spiers Realty LLC.