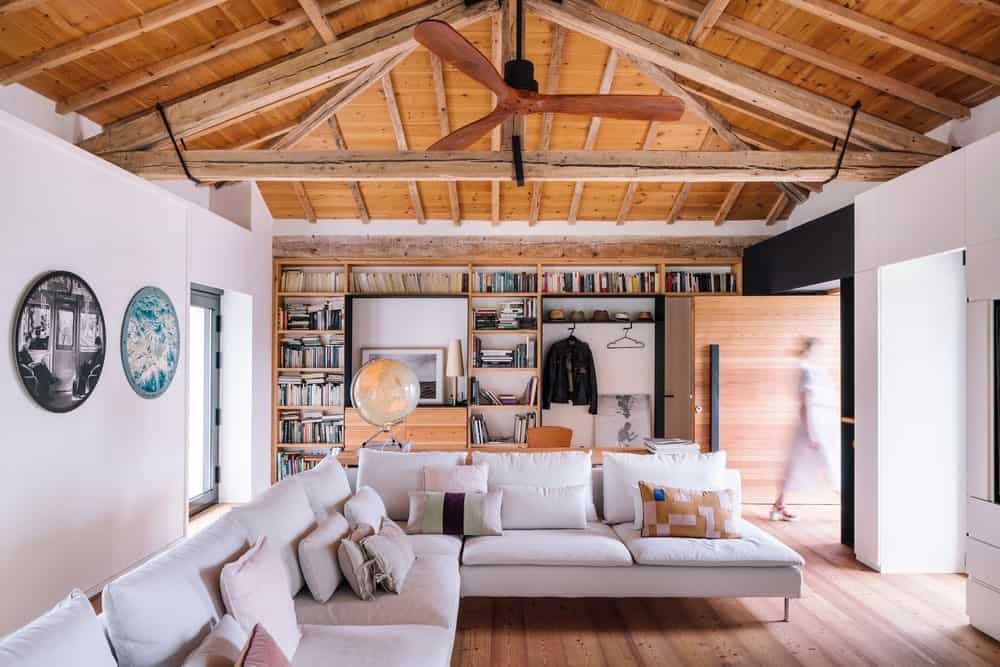 This project consisted of the renovation and extension of a former stable located in Güemes —a small town, east of Santander, in Spain— to be converted into a seasonal home. The existing building faithfully reproduces the local, simple and unpretentious building system, consisting of stone walls supporting a wooden-structure gable roof with tiles.

The nature of this architectural intervention is based on the absolute respect towards what already exists; respect not only towards the traditional materials used but also towards the type of space created inside the house. That is why the main spaces of the house are developed as a single unit in the large central space comprising the former stable.

The sequence of uses composed of kitchen/dining room/fireplace/living room/office/ bookshelves is developed in a linear pattern, under the same roof, characterized exclusively by the elements specific to each use, while always being within the same neutral and global setting. Only the primary bedroom, concealed behind a bookshelf, is separated from the general space. A second bedroom, accessible by using the exterior stairs in the original passageway at the entrance of the building is located above the main one, to complete the height of the annexed building. To reinforce the idea of an open floor plan, a storage feature is built into the perimeter of the space, freeing up indoor space and highlighting the traditional wooden roof.

The only partial modifications to the existing architecture are those made to the facades. The existing openings have been enlarged on the east-facing and west-facing facades, with the idea of incorporating nature, and the inviting views of the Cantabrian mountains, into the interior. The north-facing and south-facing facades were in poor condition and have been opened completely. Another notable feature of the house is its privacy system consisting of sliding louvers on the south-facing facade, giving users full freedom to communicate with the outdoors.

The extension building has been designed from a more rational perspective, heir of a classically modern style. Its L-shape and its position on the site —almost in contact with the existing building, but not touching it— have facilitated the creation of open space between the buildings. This is where the pool is located, and where the site’s best views can be admired. The new space consists of accommodation for guests, a meeting room, a sauna and a transition porch area beside the pool.

About materials, the intervention has adopted the existing style. Local woods, stone from the area, white facades and tiles, together they make up the aesthetic of the unit. The concrete and the metal structure afford a contemporary counterpoint to this outstanding example of traditional Cantabrian architecture. 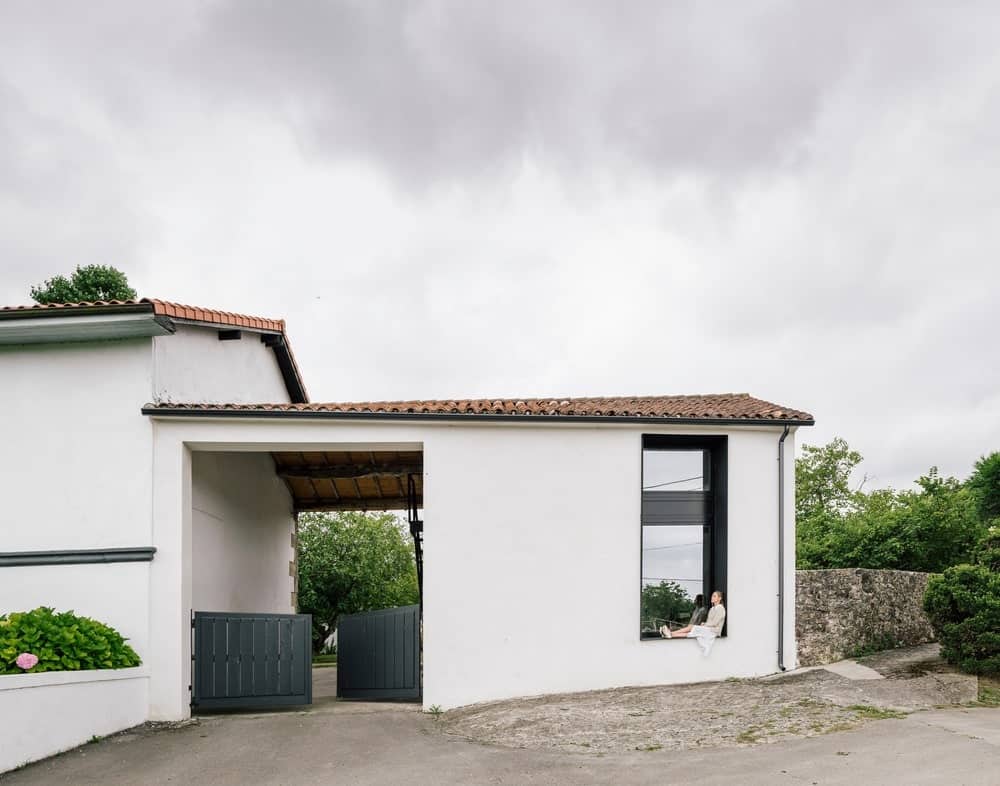 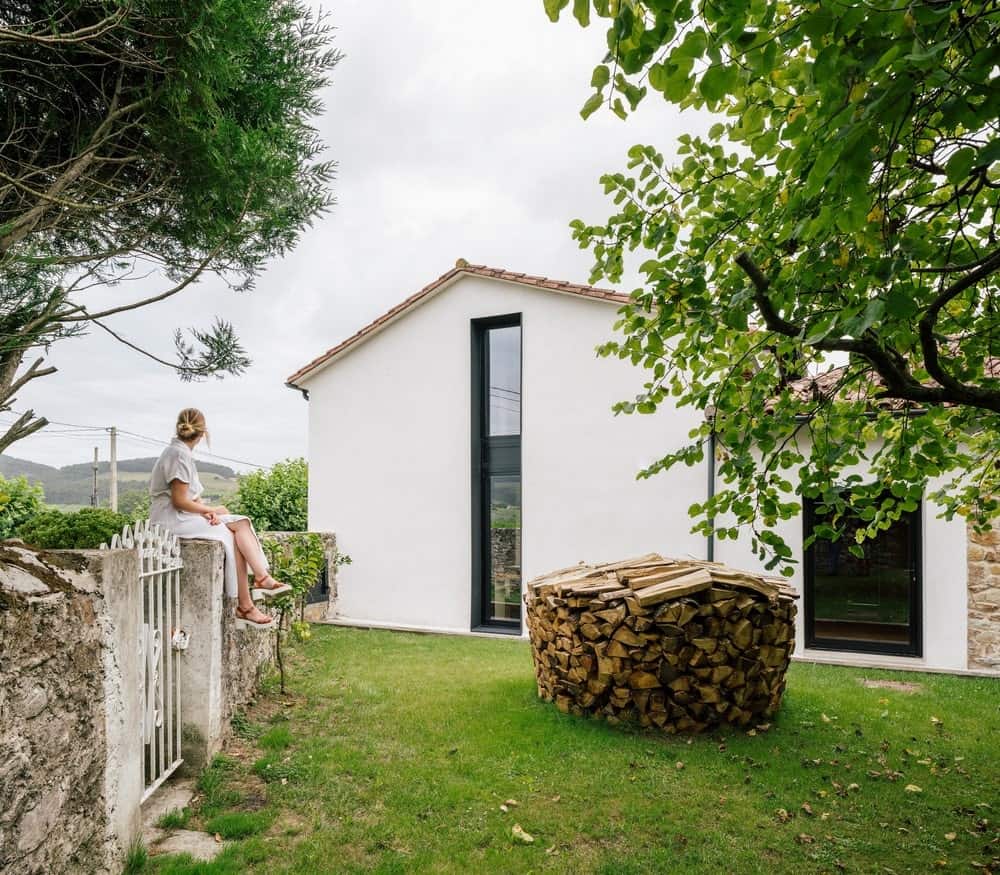 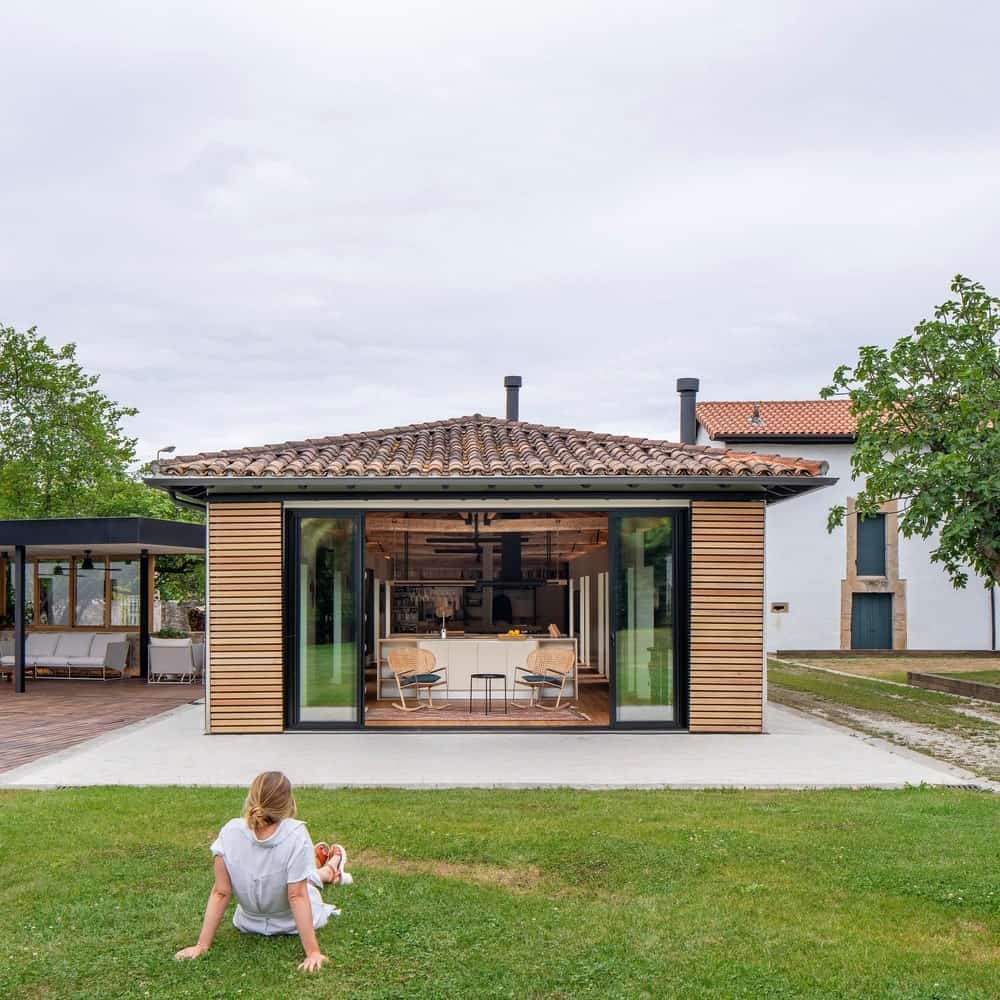 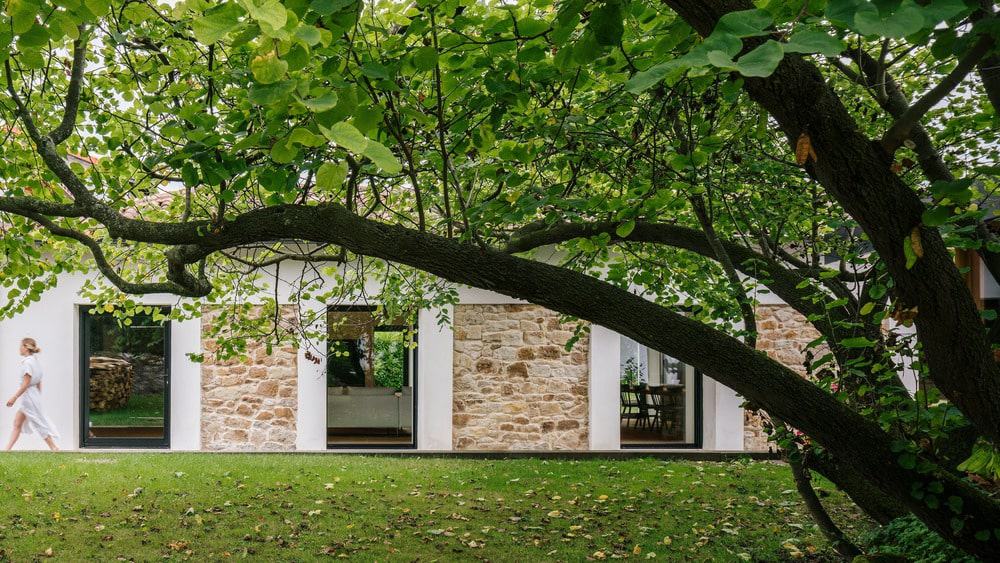 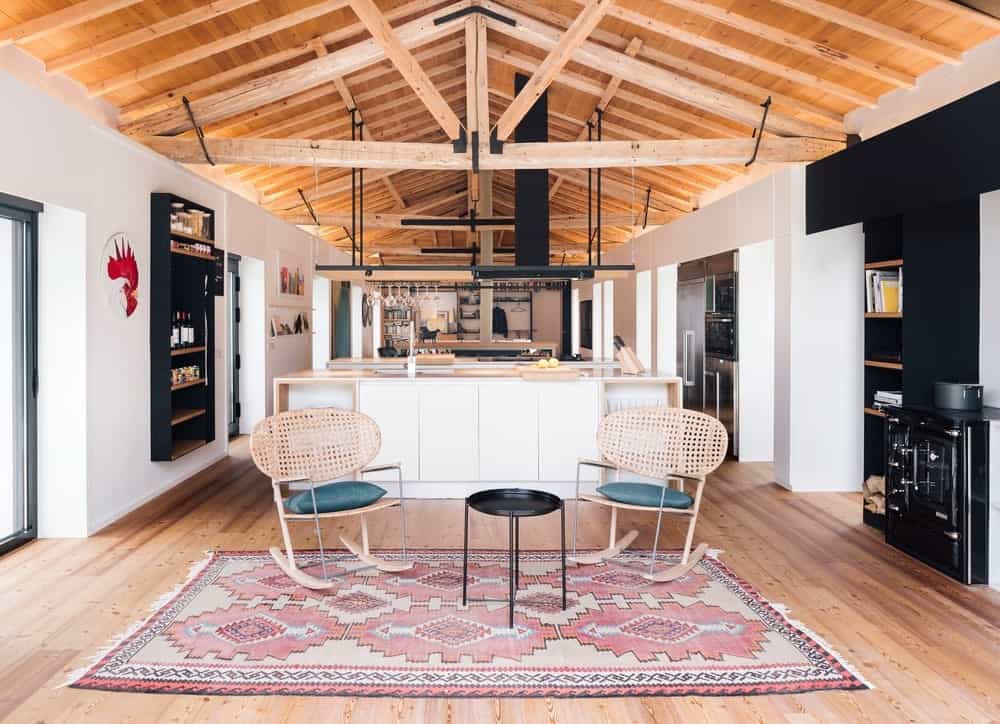 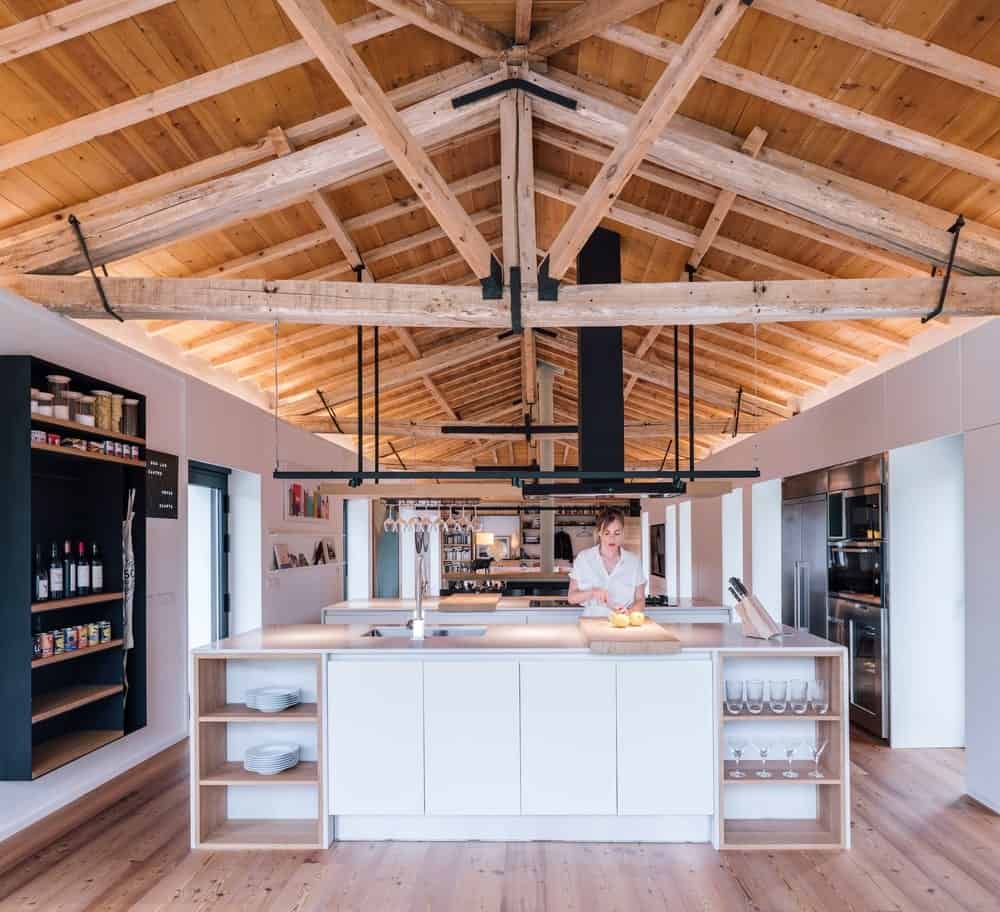 Zooco is a multidisciplinary architecture, design, and interior design studio founded in 2009 by architects Miguel Crespo Picot (Santander, 1980), Javier Guzmán Benito (Santander, 1980) and Sixto Martín Martínez (Madrid, 1980), qualified by the Higher Technical School of Architecture of Madrid (ETSAM). Today Zooco has offices in Madrid and Santander and develops its projects both nationally and internationally.

Over the past ten years, its portfolio has included more than fifty works published in specialized national and international media, some of which have been recognized with different awards such as the prestigious Frame 2020 award, Architecture Primaryprize 2019, Design Vanguard 2019, NAN Construcción 2019, EuroShop Retail Design Award ’18 Shanghai, International Design Media Award 2018 Shenzhen and Casa Decor 2013 and 2014 awards.