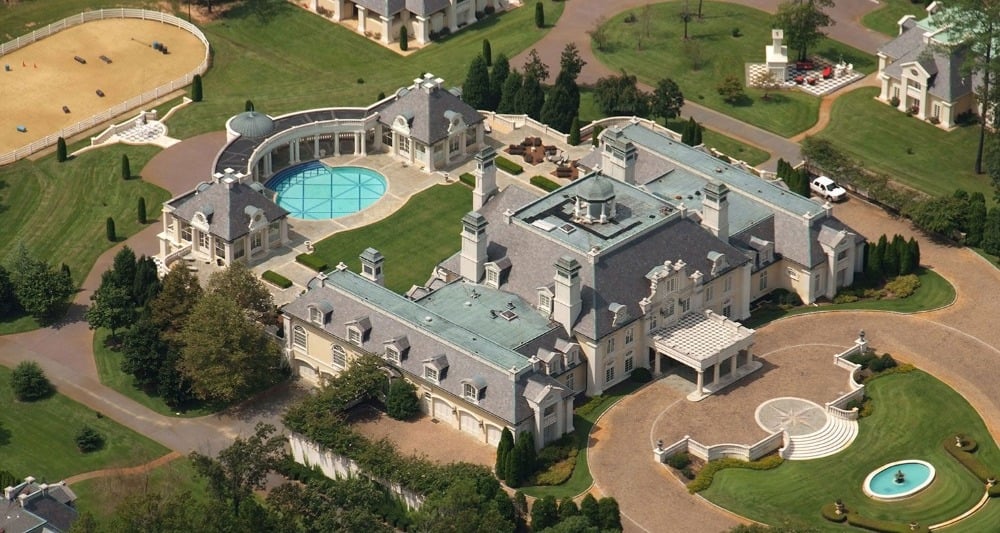 The largest mansion in Alabama, also known as Chateau Montagel, is going back to auction for the third time with a reserve price of $4 million.

Chateau Montagel, the largest mansion in Alabama, popular with its giant guitar-shaped front yard is going back to auction for the third time!

After failed auction attempts in 2003 and 2015, Chateau Montagel is now going back to auction.

The largest mansion in Alabama, with a giant guitar-shaped front yard and ties to the collapse of a Fortune 500 company, is going to auction for a third time.

When Larry House began to build his trophy mansion in the mid-1990s, he was one of America’s most successful health care executives who had transformed Birmingham’s MedPartners from a startup physician management company to a business that was thought to be worth as much as $8 billion. With his new riches, House soon began construction of a 15-bedroom home with 22 bathrooms and a front yard designed to look like a guitar from the air. However, a buyout of MedPartners that would have made House over $80 million fell apart when the company’s questionable business practices were discovered. In 1997, House went through an expensive divorce, and MedPartners lost $821 million. He lost almost everything else in 1998 when MedPartners stock fell 45 percent in one day.

House tried to sell the house to help cover his debts but Alabama mega-mansions have a limited buyers’ pool. With no takers, it was put up for auction in 2003 bringing only $3.95 million, not meeting the reserve against the more than $30 million invested in it. It went to auction again in 2015 bringing $4 million, but that sale fell through too. Now for the third time, it will go on the auction block on October 26th with the familiar reserve price of $4 million. 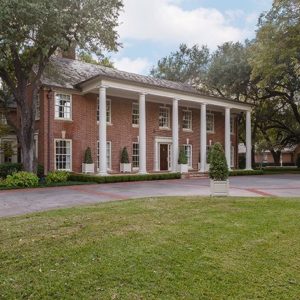 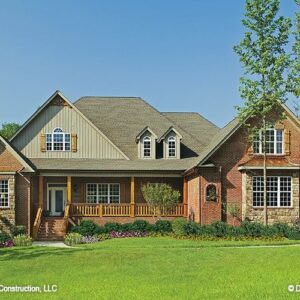