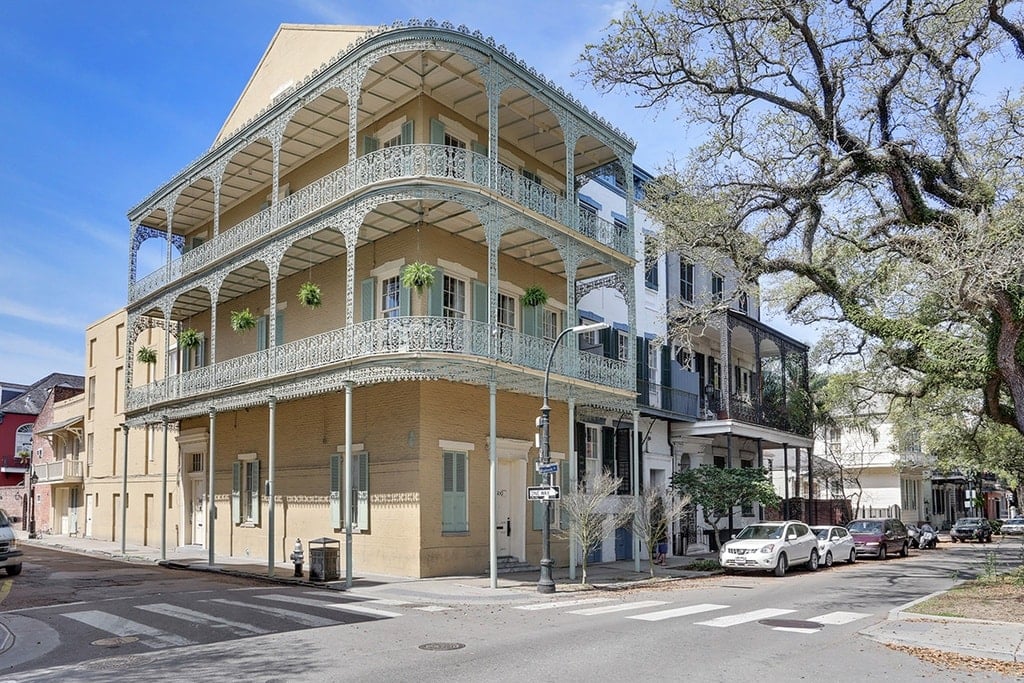 A historic mansion inside the National Historic Landmark neighborhood of the French Quarter in New Orleans that was built way back in 1834 is now on the market priced at $2.4 million.

This historic mansion inside the French Quarter of New Orleans is listed by Samara Poche from Keller Williams Realty in New Orleans.

Within the National Historic Landmark neighborhood of the French Quarter in New Orleans exists some of the most interesting examples of Spanish – not French – Colonial architecture. The original French Colonial buildings were destroyed during two major fires: the Great New Orleans Fire of 1788 and another major fire in 1794. Since the Spanish were in rule at the time of the destruction, the Quarter was rebuilt with the flat-roofed, stuccoed buildings still standing today.

One of the most dramatic examples is the three-story Denis House built in 1834. During the 1884-1885 World’s Fair, a very illustrious and important scientist lived in the house. Dr. Jokichi Takamine, a Japanese chemist, was the co-commissioner for the World’s Cotton Exposition where he met and married the daughter of a Union soldier who owned the home during that time. Over 3,000 flowering cherry trees were given by Dr. Takamine on behalf of the city of Tokyo to Washington, D.C.in 1912 to symbolize peace between Japan and the United States.

Now for sale, this grand three-story mansion with its lacy ironwork gallery railings is a standout, positioned on a corner with three-way street views from all levels. At 6,382 square feet, the house contains five bedrooms, five baths, double parlors with Corinthian columns and 16-foot ceilings with original medallions. In addition to glamorous formal rooms, large primary suite and eat-in gourmet kitchen, there are hardwood floors, original fireplaces and a charming roof deck. Garage parking and a separate rental apartment are included. Priced at $2.4 million.