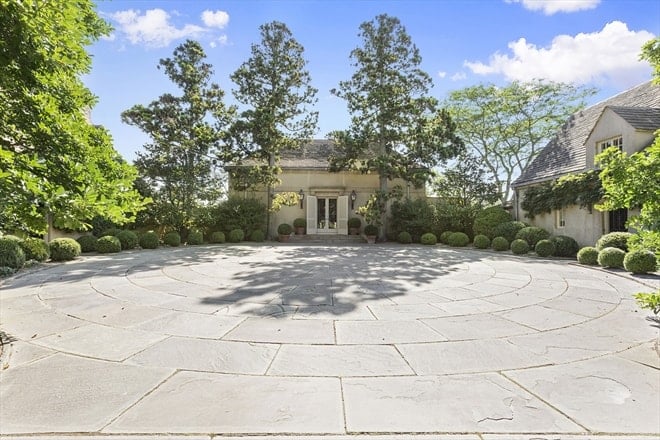 The Four Fountains estate in Southampton that was a former Art Deco-styled arts center for the community is now on the market priced at $35 million.

The historic Four Fountains estate has a large natural pond within its grounds along with the main mansion with two guest wings, a caretaker cottage, separate greenhouse, garages, a swimming pool, and pool house. The large and spacious living room was originally used as the gallery and performance venue. The property also includes a long reflecting pool with statuary at the end.

This former art center in Southampton is listed under the Corcoran Real Estate Agency of Long Island.

Southampton, at the east end of Long Island, has been the summer escape from the city for the wealthy since the turn of the 20th century. One such couple listed in society’s Blue Book was financier and philanthropist Lucien Tyng and his wife Ethel. Ethel was an artist known for her studios in both New York City and Southampton. They built and lived in several summer homes in Southampton over the years, their parties always detailed in the New York Times society pages.

In 1928, the Tyngs built an Art Deco-styled arts center for the community to be used for performances by the Hamptons Players, concerts, art exhibits, and other art forms. The architects who designed the center were Peabody, Wilson, and Brown. When the building was eventually sold, Archibald M. Brown, the building’s architect, bought it and turned it into a summer home. Years later it was purchased by CBS CEO, William Paley and his socialite wife, “Babe.” It is now on the market for the first time in 25 years.

Four Fountains estate is sited on 6.7 acres with a large natural pond that runs into Halsey Neck Pond, only a short walking distance to the white sands of Southampton Beach. Structures include the main mansion with two guest wings, a caretaker cottage, separate greenhouse, garages, swimming pool, and pool house. The large 40’ x 40’ living room was originally used as the gallery and performance venue. Grounds also include a long reflecting pool with statuary at the end, reflecting the length of the pool. The historic Four Fountains estate is priced at $35 million. 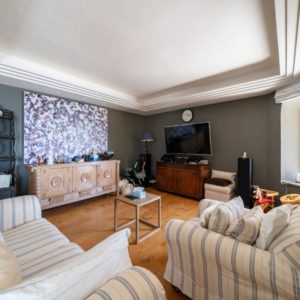 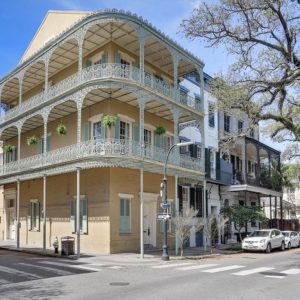