When you want to make a statement whether with interior doors or doors leading to a deck or patio, French Doors have to be on the shortlist. This article sets out French door dimensions and sizes. Exciting stuff. 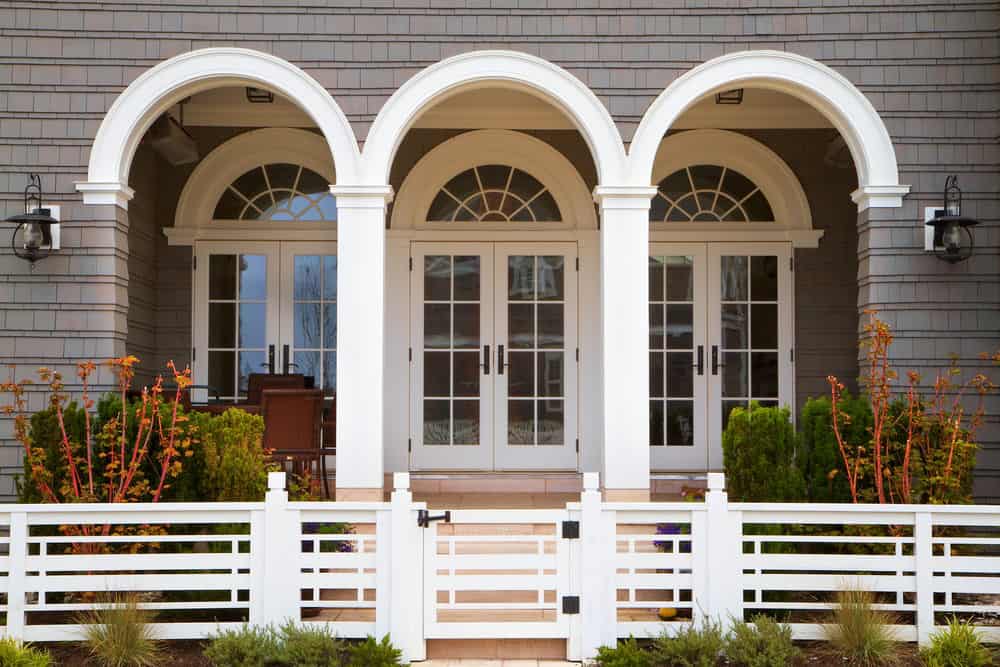 Who doesn’t love French doors, especially if your style of house is a good fit (many styles are a good fit).

I mean, take a look at that series of three sets of French doors above.  It looks great.

The question this article and series of charts addresses is the sizes and dimensions of French doors. As you’ll see it’s not as simple as you might think. 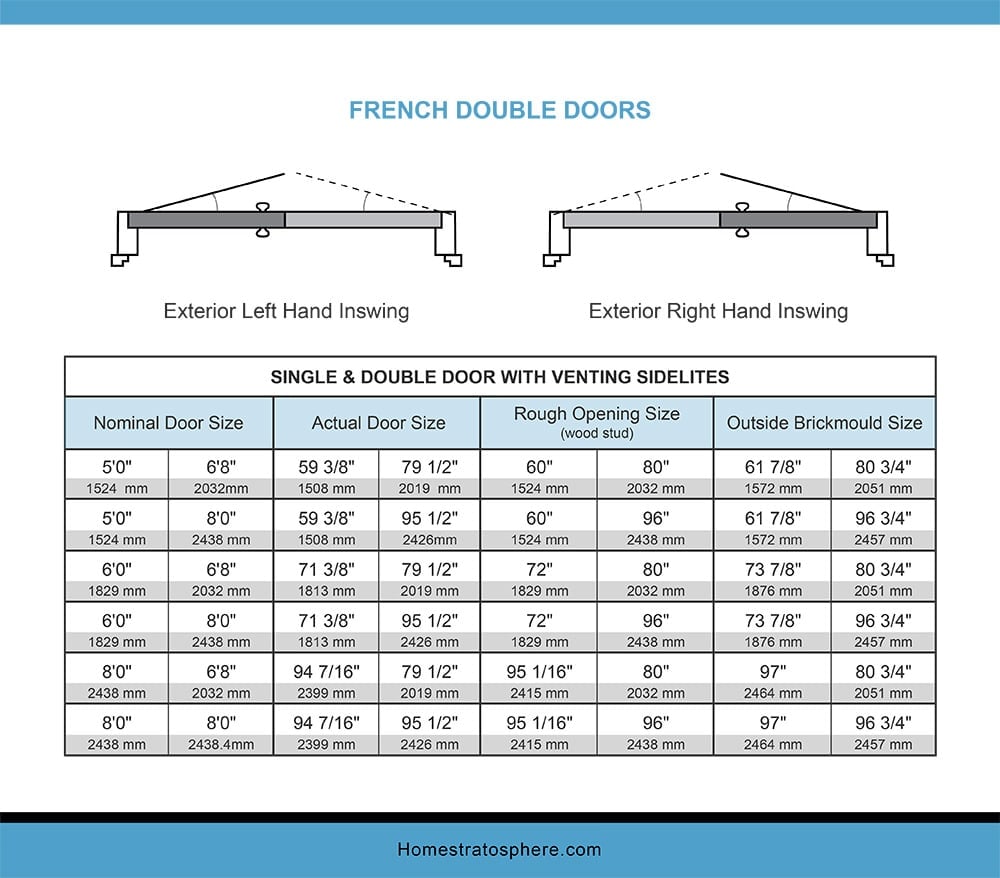 French double doors with an inswing are what most people think of when the term “French Door” is used. Two doors which swing open, allowing a nominal space of 5′ to 8′, provide classical access from inside the house to outdoors.

French doors are designed for access to a patio, deck, or porch on the side or rear of the house, or perhaps as a secondary door on the front of the house which isn’t intended as the main entry door. French doors are available in the same sizes as the primary entry door but are meant for convenience to the people who live in the house and their guests. 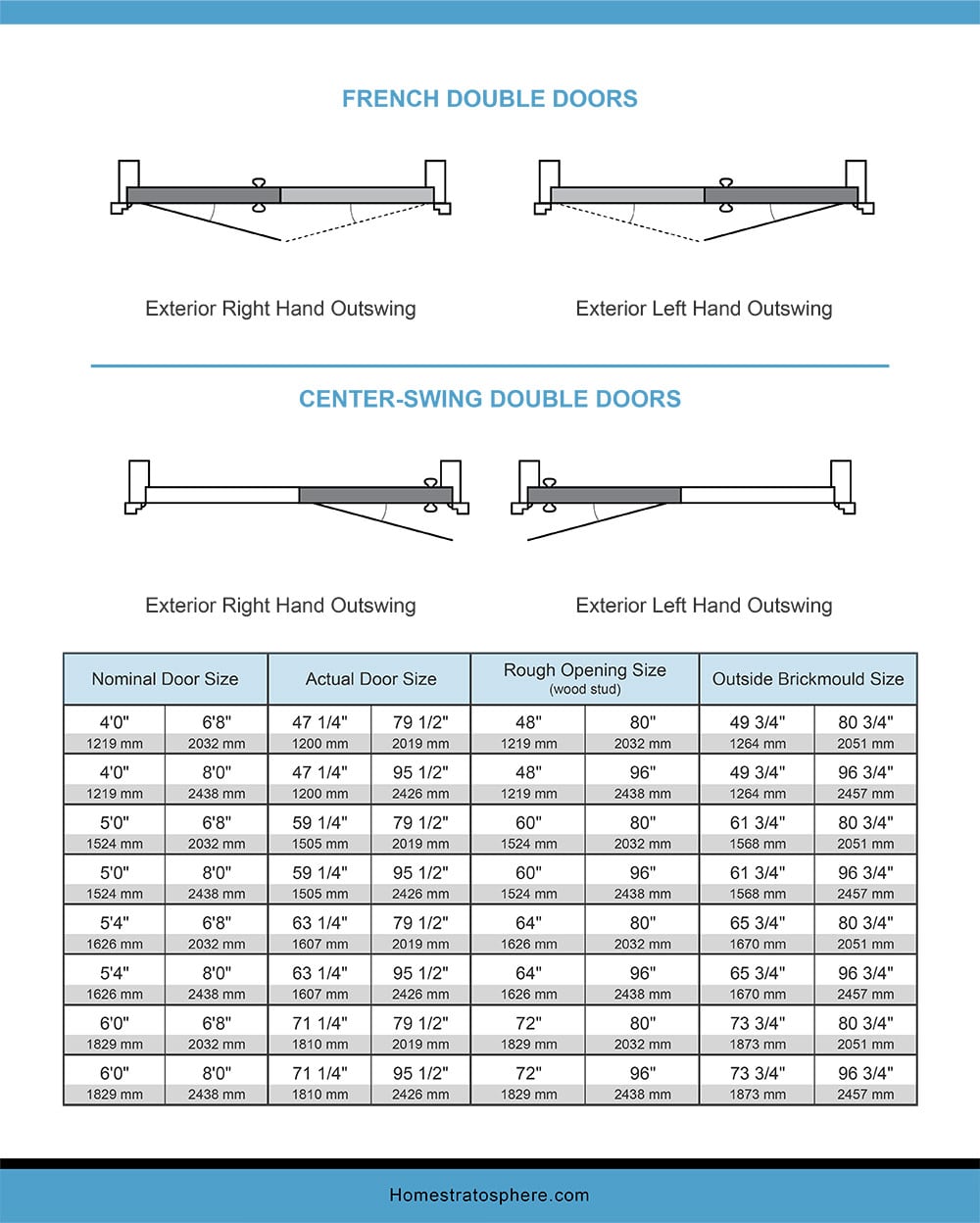 Outswing French double doors provide the same function as inswing doors but again, with specialty hinges so the doors don’t take up space which might be better used inside the house.

French outswing patio doors have the specialized outswing hinges which don’t allow themselves to be disassembled by a crook with a screwdriver. The space required to use the door as it swings open is transferred from the inside room to the outside, on the patio the door gives access to. 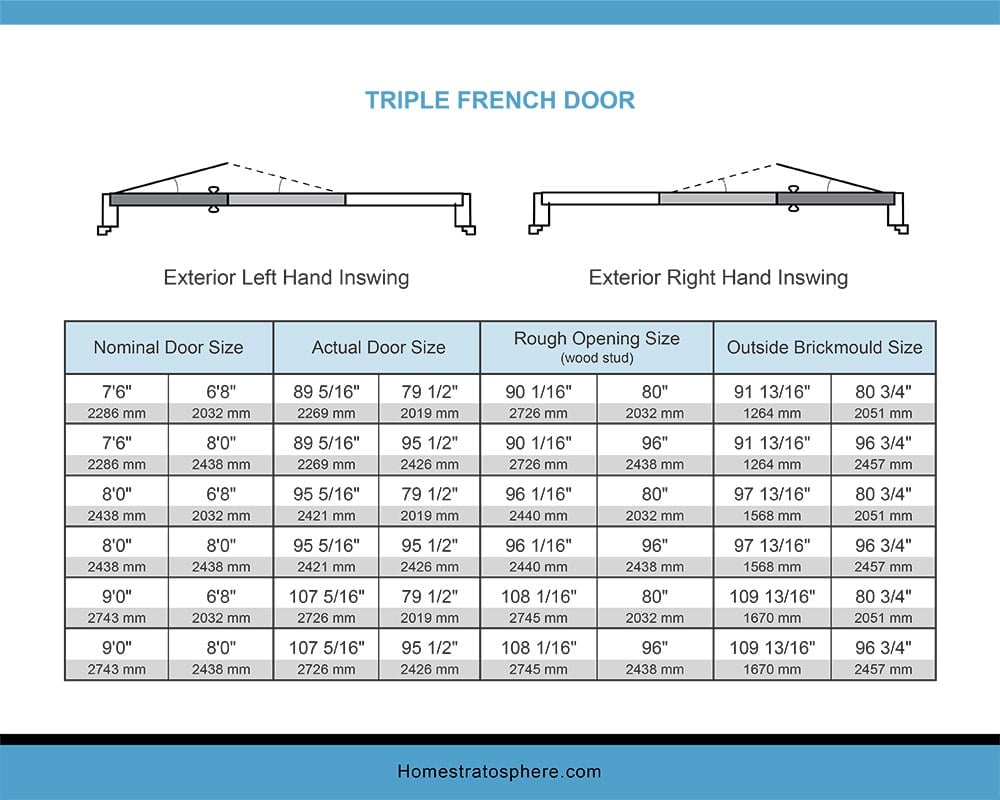 Triple French doors are a rare sight in modern homes, but essentially offer the appearance of three doors, two of which actually open. The double doors are useful in practical terms when opened singly or in tandem, the third is a cosmetic piece which fills the opening and makes the doors become a gorgeous focal piece for each of the rooms the doors adjoin. 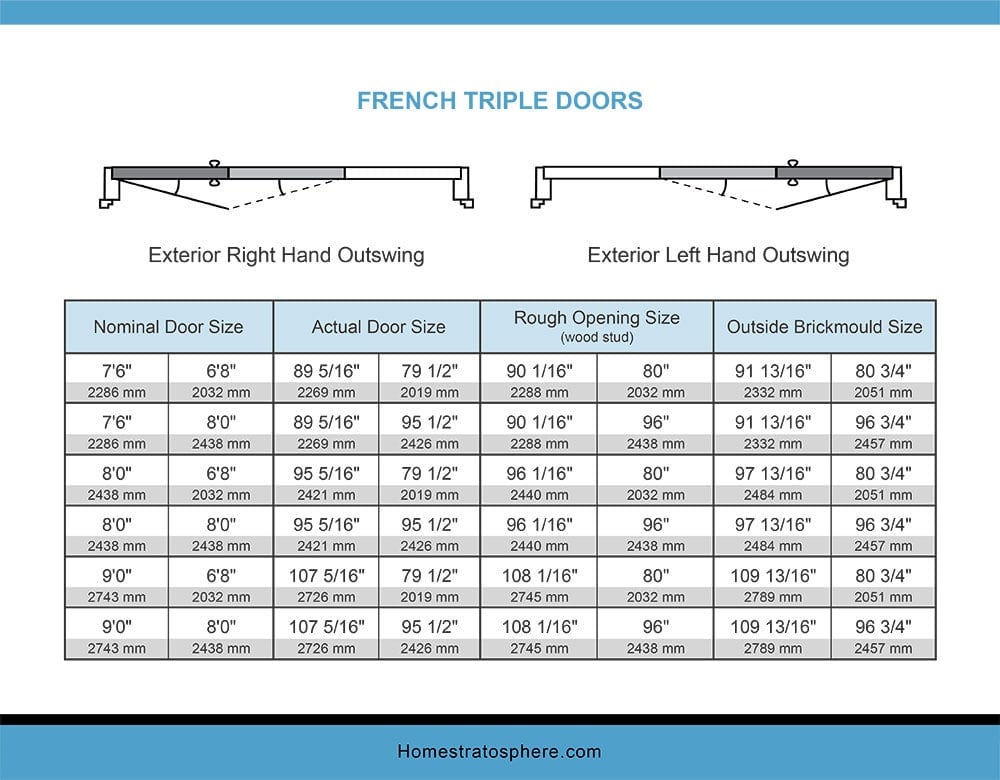 French triple doors follow the same cosmetics as the double doors, but allow for a larger and more luxurious opening. When closed and not being used they allow much more natural lighting to enter the room. Triple doors can provide up to 9′ of opening space.