Efjord is in a branch off the Ofoten fiord. Ofoten fiord leads from inside of Narvik out to the Lofoten archipelago in Northern Norway. The site is positioned on an island called Halvarøy on a natural ledge in the terrain overlooking the fiord to the west, two of Norway´s most challenging climbing peaks towards the south and protected by a ridge in the terrain towards the east.

The client desired a retreat that focused on the panoramic views of the site but also transported them to a feeling of isolation and total privacy, away from hectic workdays in the city. The conceptual layout opens and closes the building in different directions, where the eastern part of the cabin closes towards some neighboring buildings and opens towards a ridge and the close terrain on the other side. The opposite directions are sought at the front end of the cabin, opening up to the magnificent views towards the dramatic mountains and the fiord to the west.

The two volumes are slightly offset to provide for sheltered outdoor areas and views towards the fiord also from the rear volume.

The cabin is placed on height with the existing terrain to allow the outdoor spaces to interact seamlessly with the natural terrain. The terrain itself provided a natural orientation and positioning of the building that allows the different functions to work in tune with the movement of the sun and the balance between privacy and views.

The exterior of the cabin consists of two materials; structural glazing and core pinewood. The wood is treated with iron sulfate to achieve an even patina. The interiors are clad in birch veneer, the floors in granite tiles, as the stone outside. Both types of wood are typical for this region. The sauna interiors and the ceiling of the sauna and bathrooms are clad in aspen slats because of the hygroscopic properties of the wood. 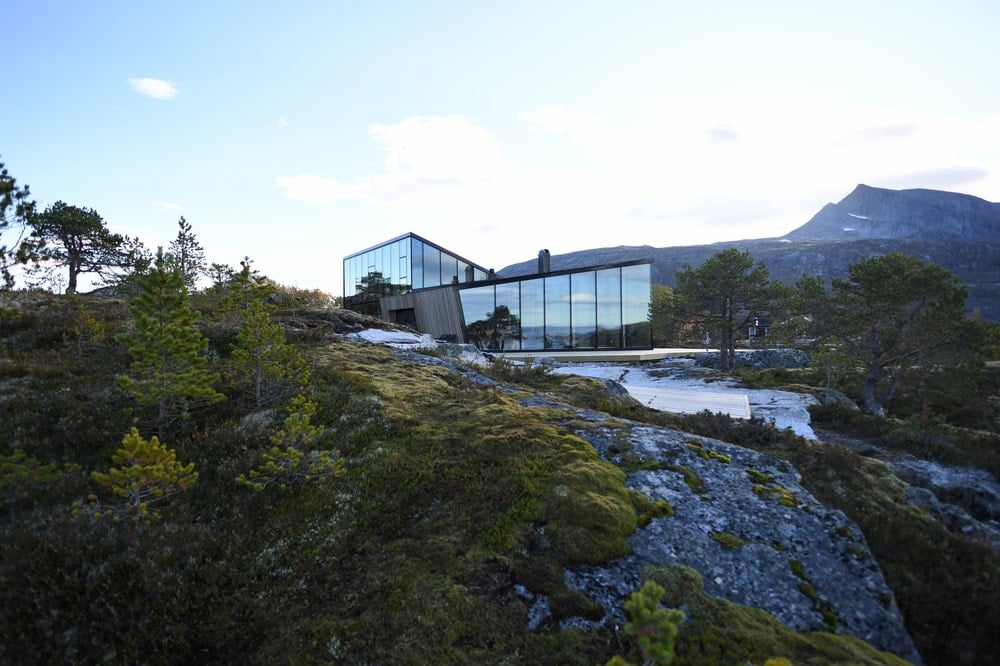 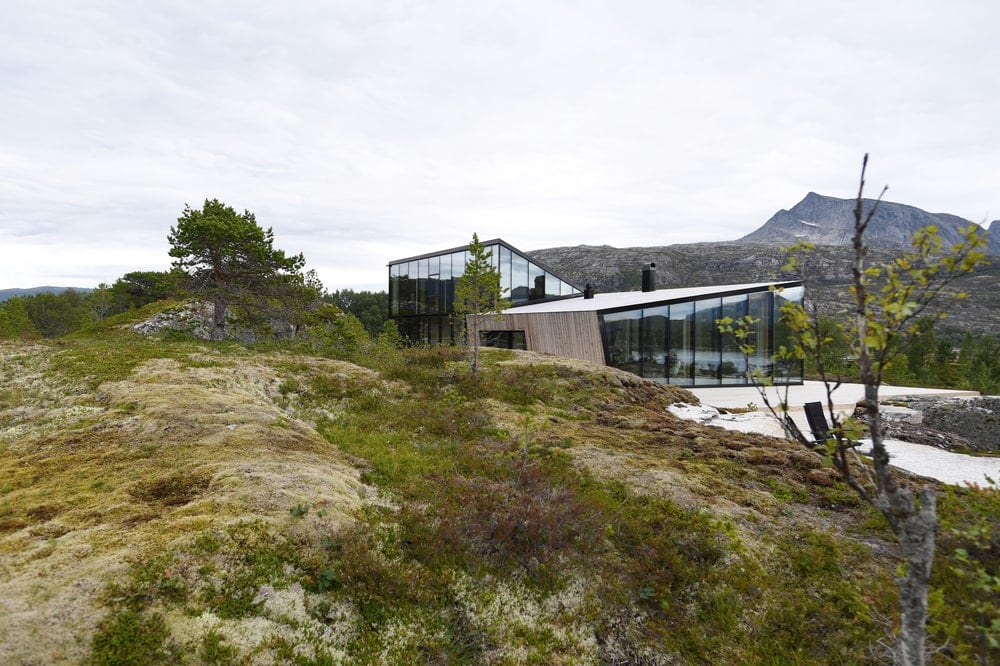 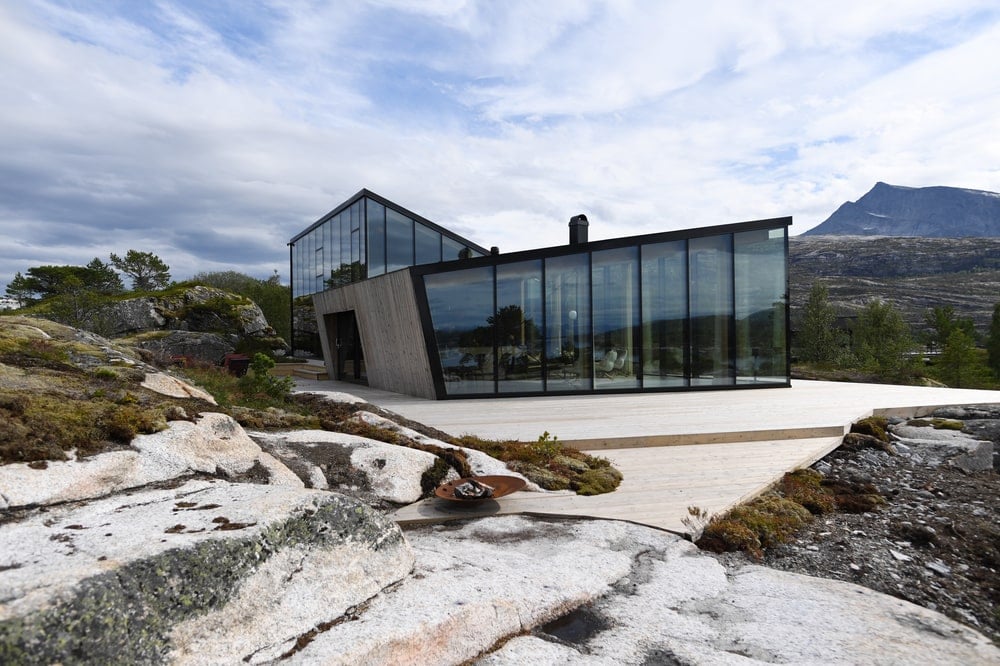 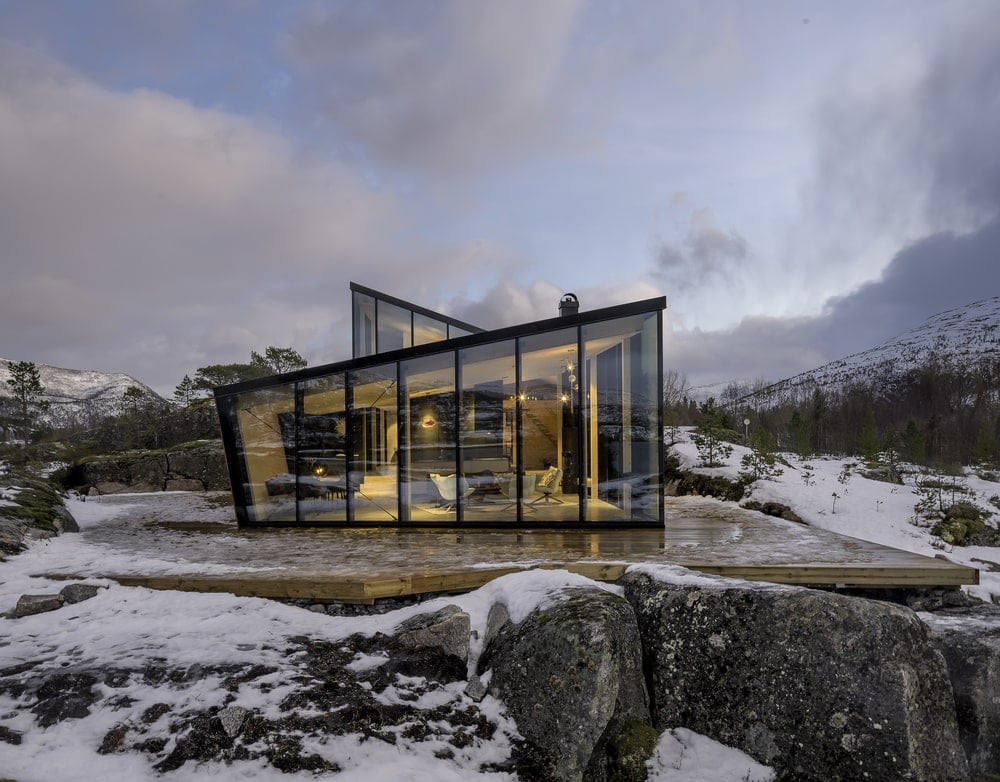 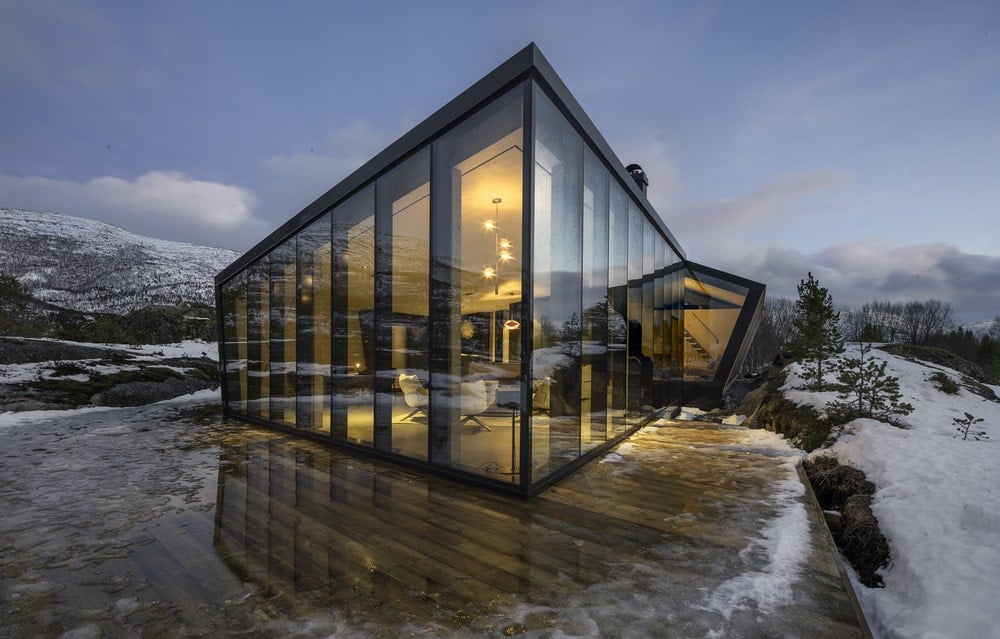 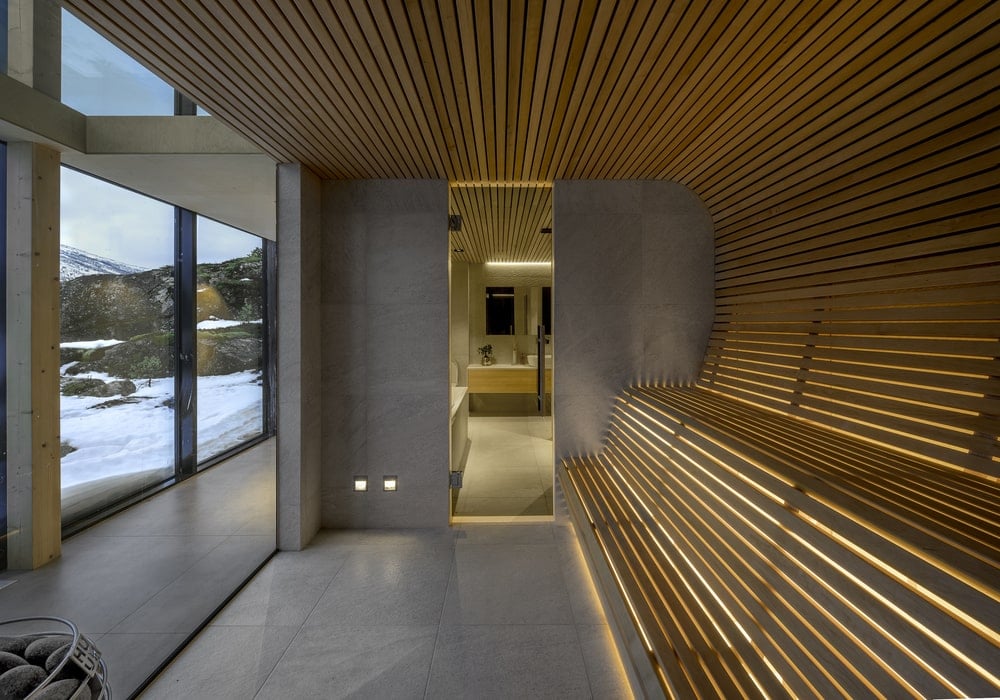 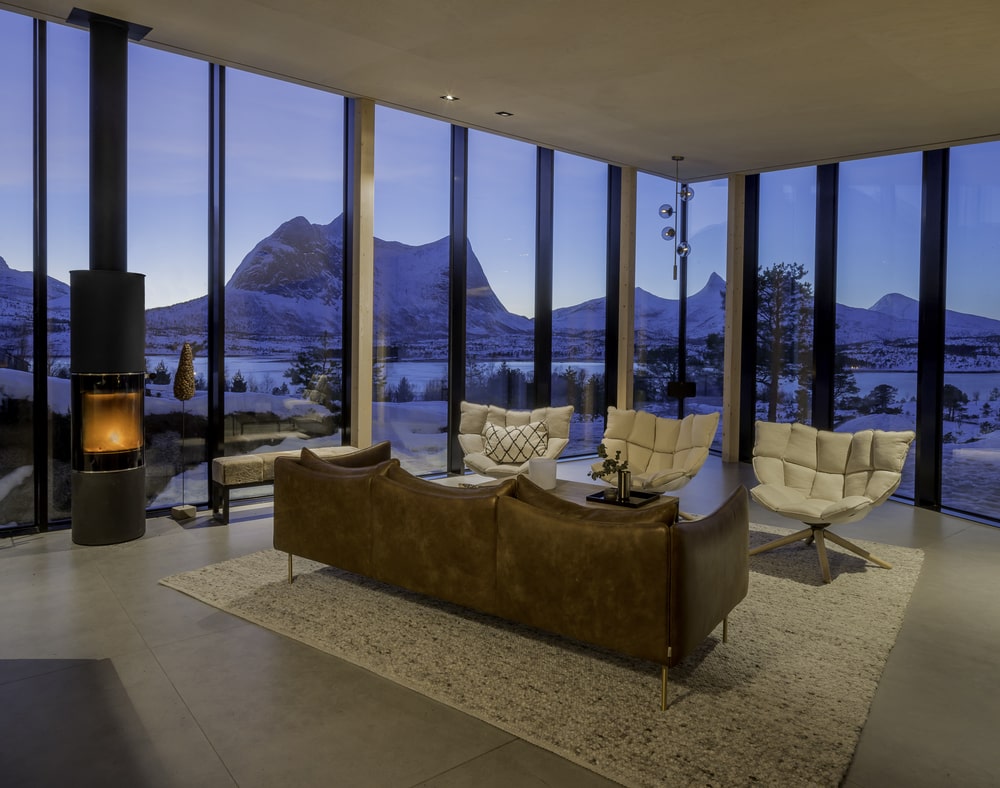 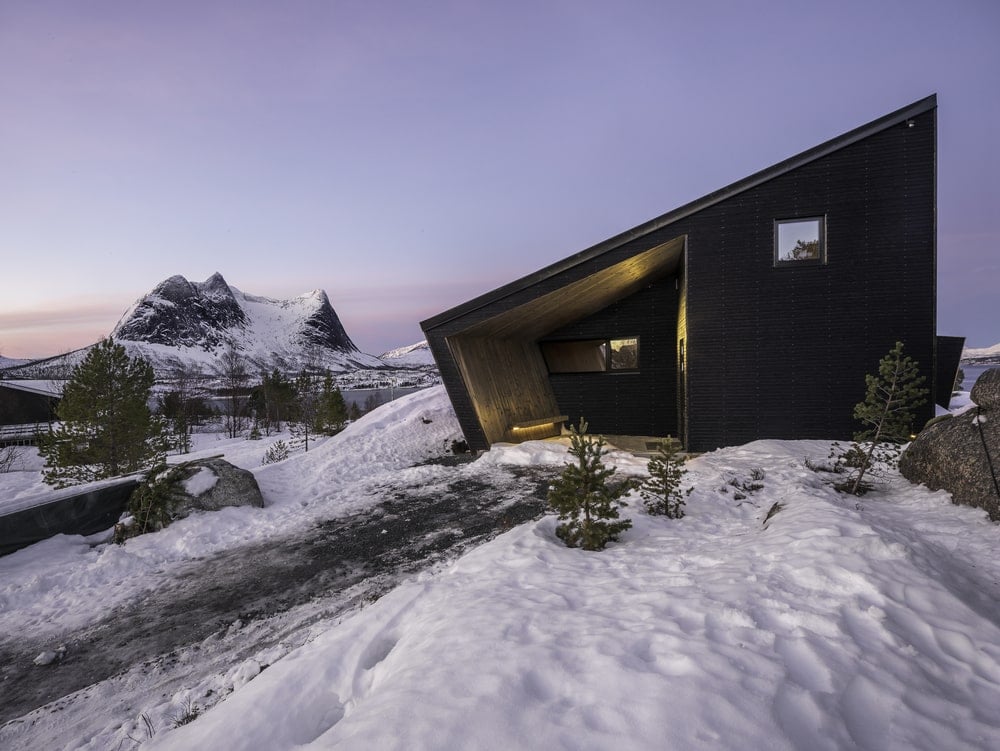