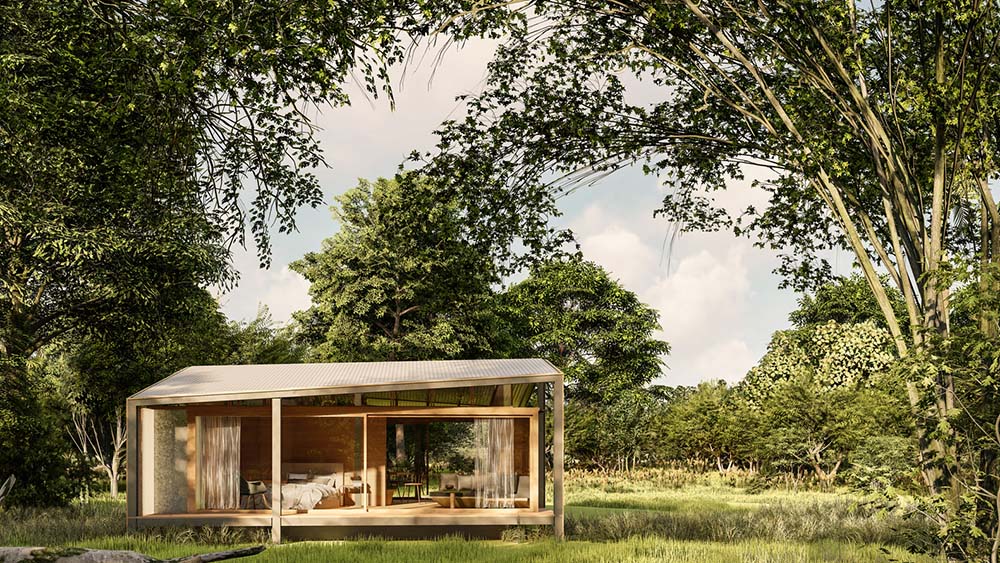 Stilt Studios designs, founded in 2019 by Alexis Dornier (chief designer) and Florian Holm (CEO), builds and operates upscale prefab structures that blend in seamlessly with nature. By blurring the boundaries of modern art, architecture, and product design, Stilt Studios creates unique experiences for residents and developers while treating lightly on the earth.  In the product development process, the team seeks to combine the highest standard of architectural design with the building innovation and a minimized footprint prefab can offer.

Along with the launch of 5 buildings standing with the Canggu garden, Bali, Indonesia, the first prototype of tiny tetra house is being built in august as its sales will commence in October this year with deliveries in Asia but are open for worldwide sales. 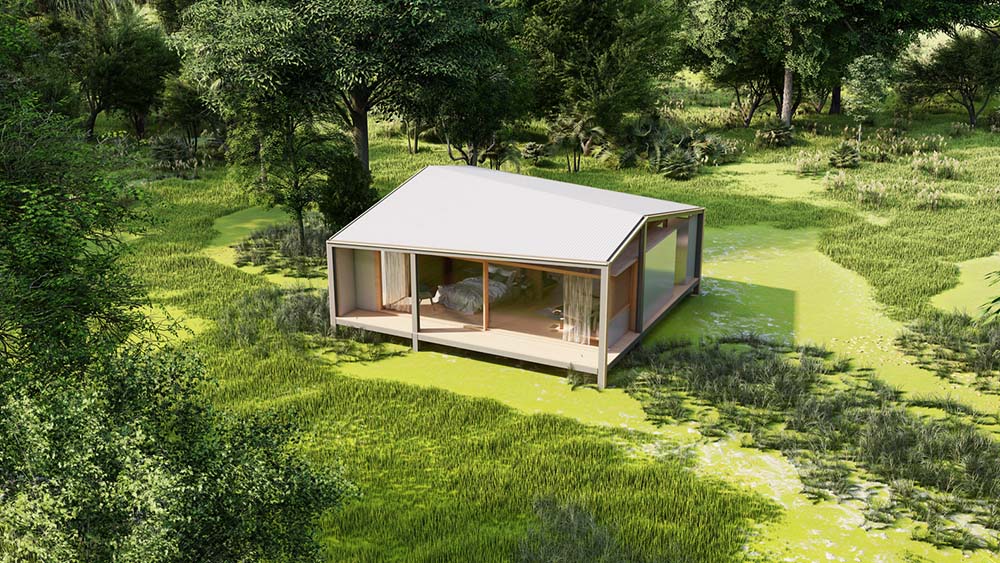 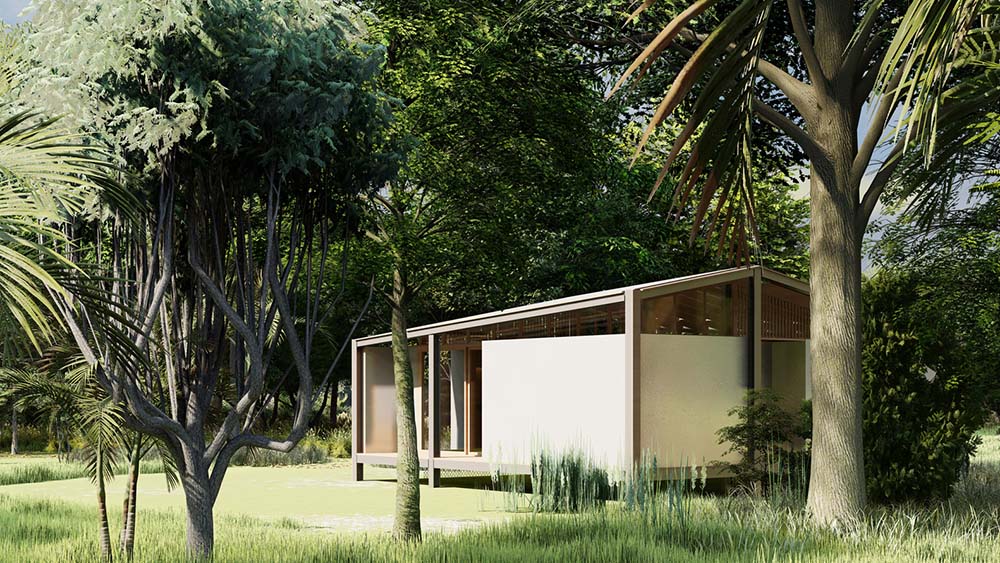 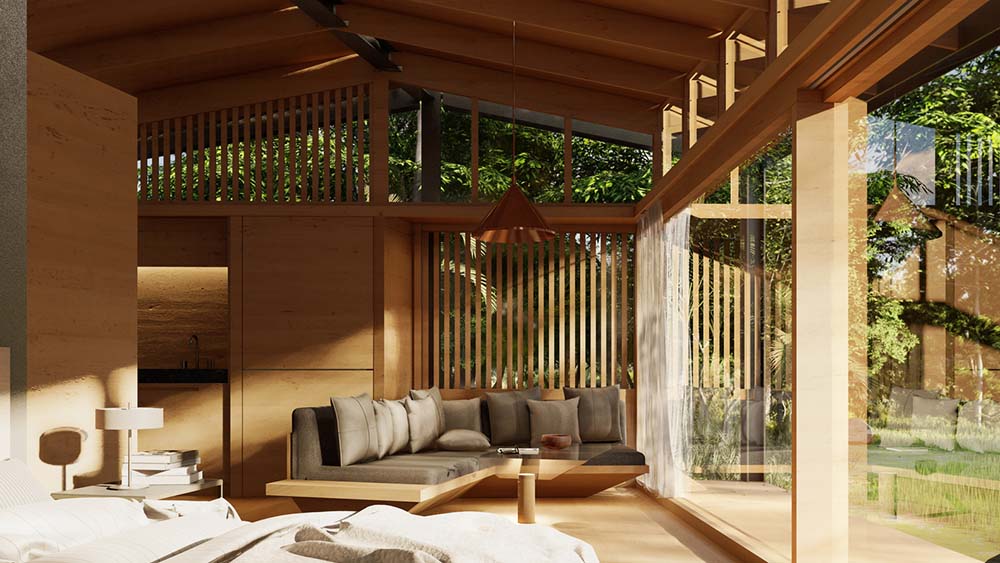 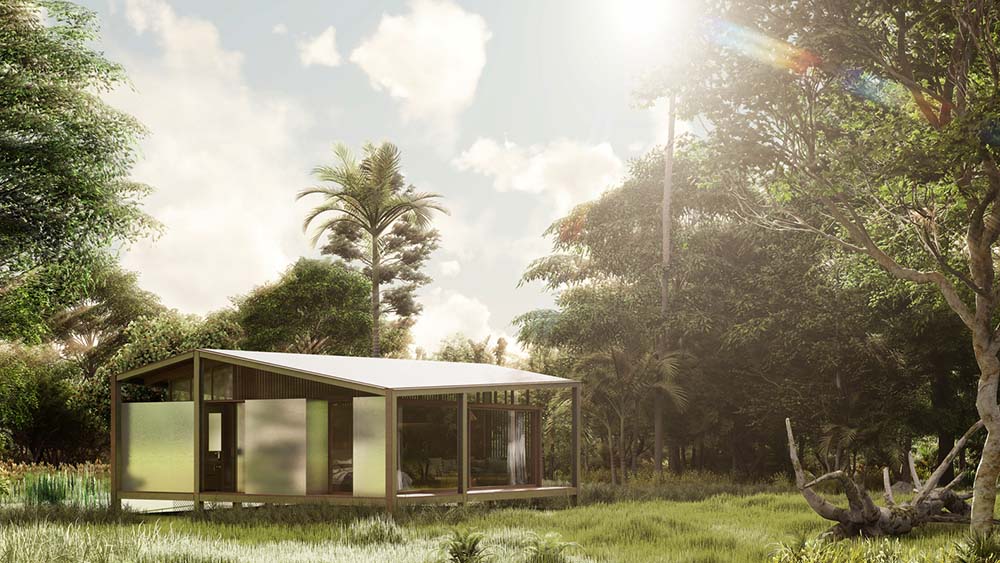 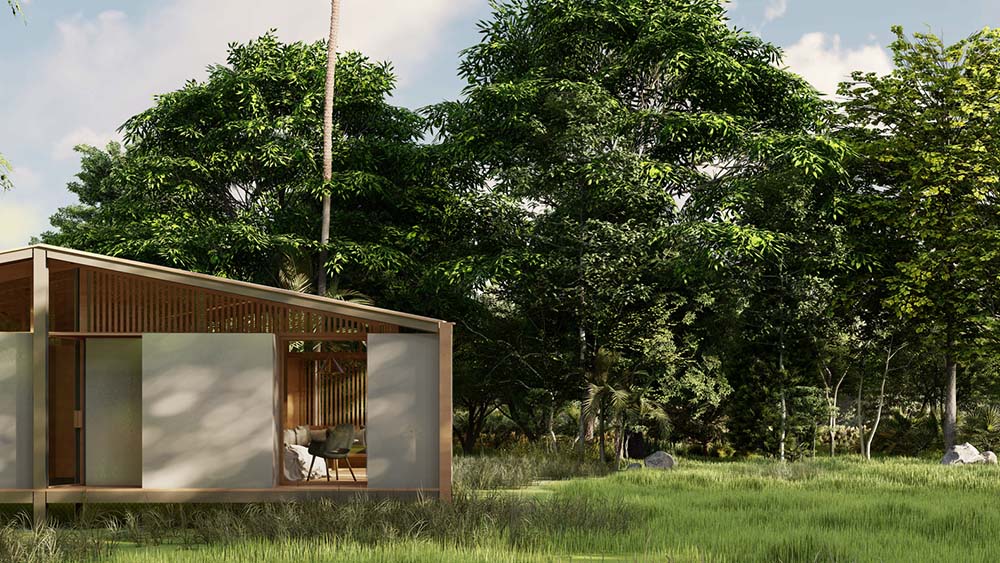 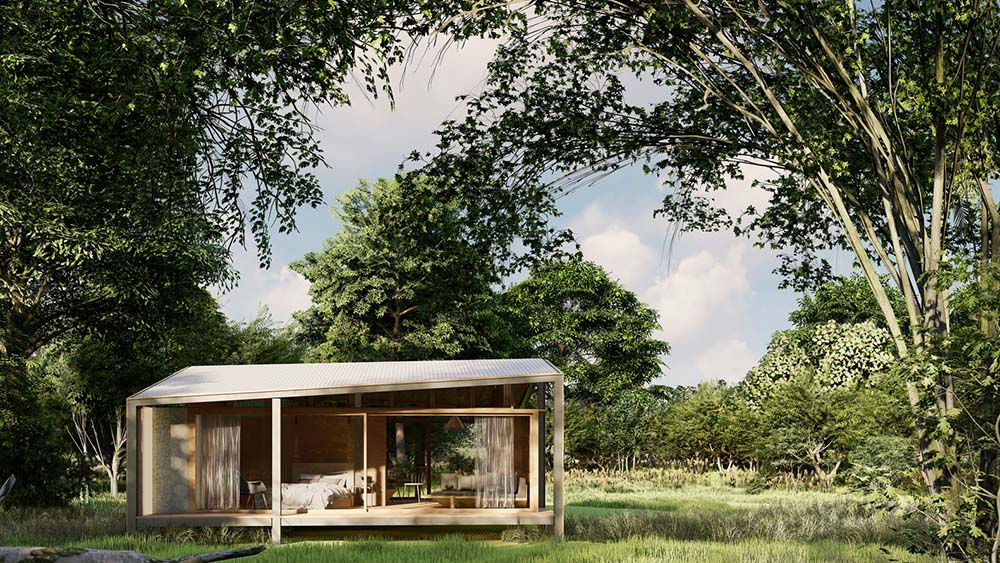 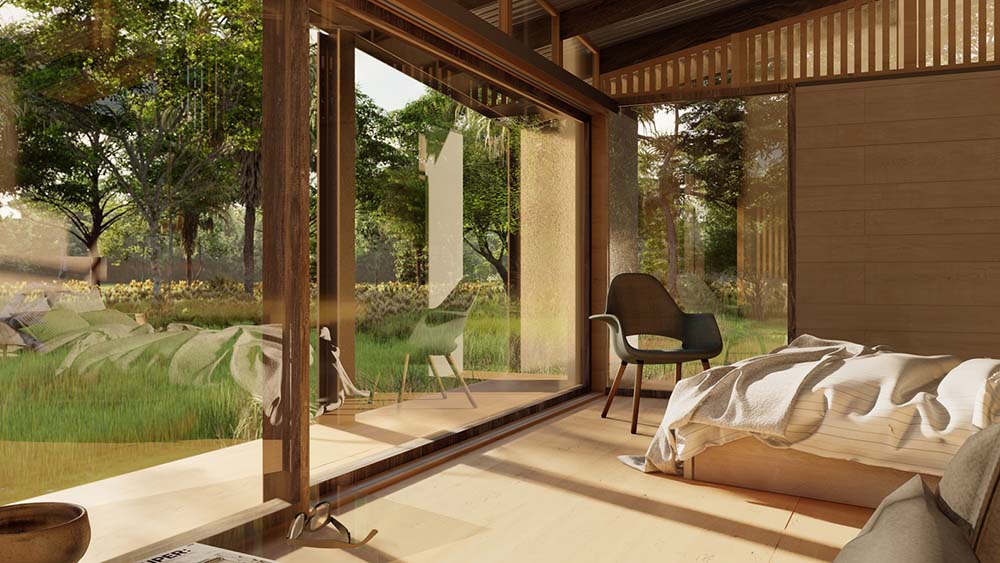 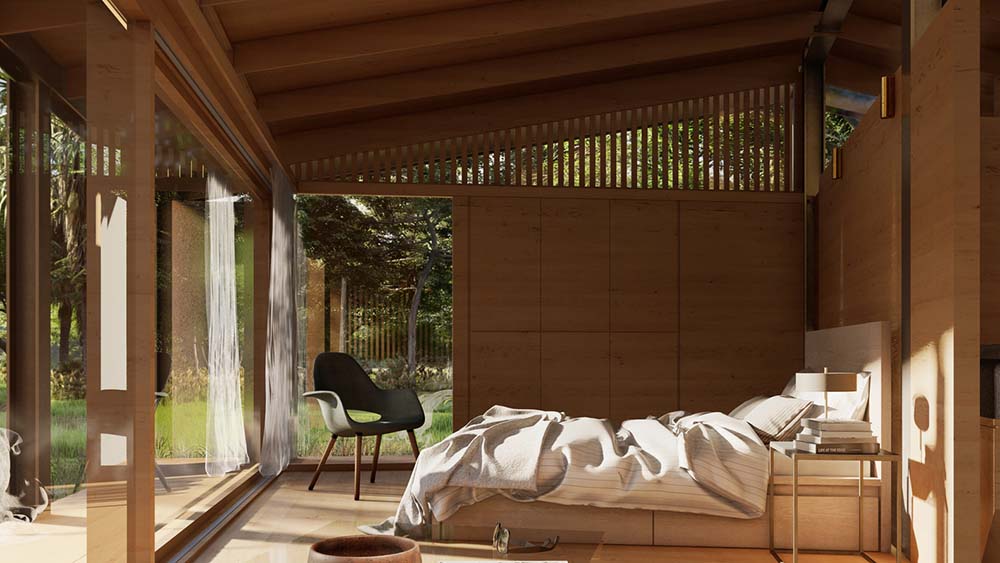 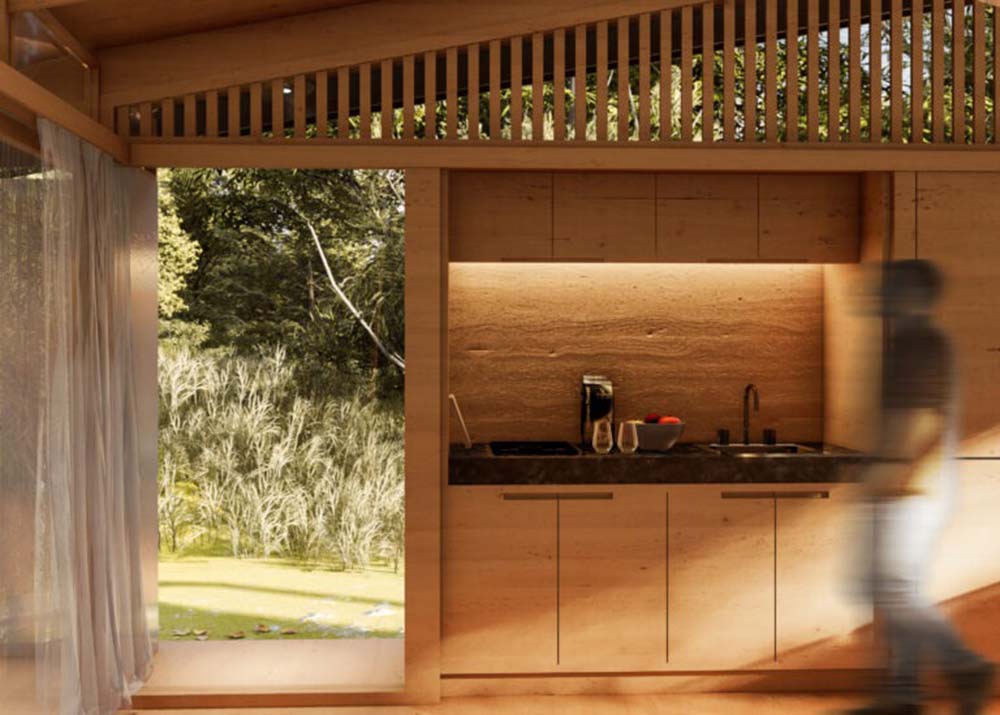 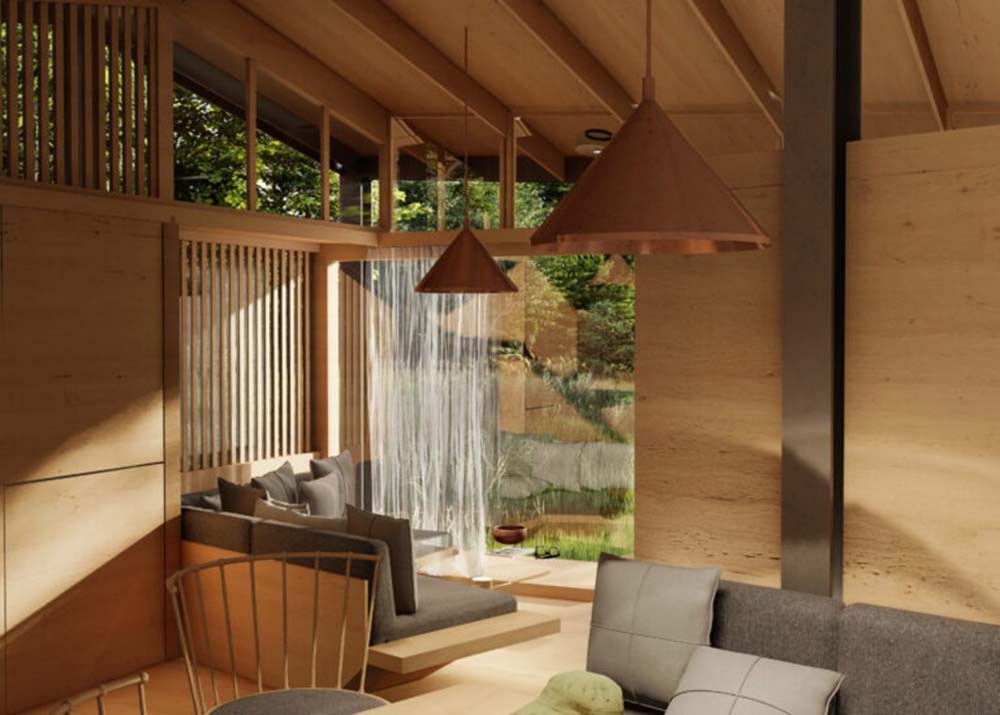 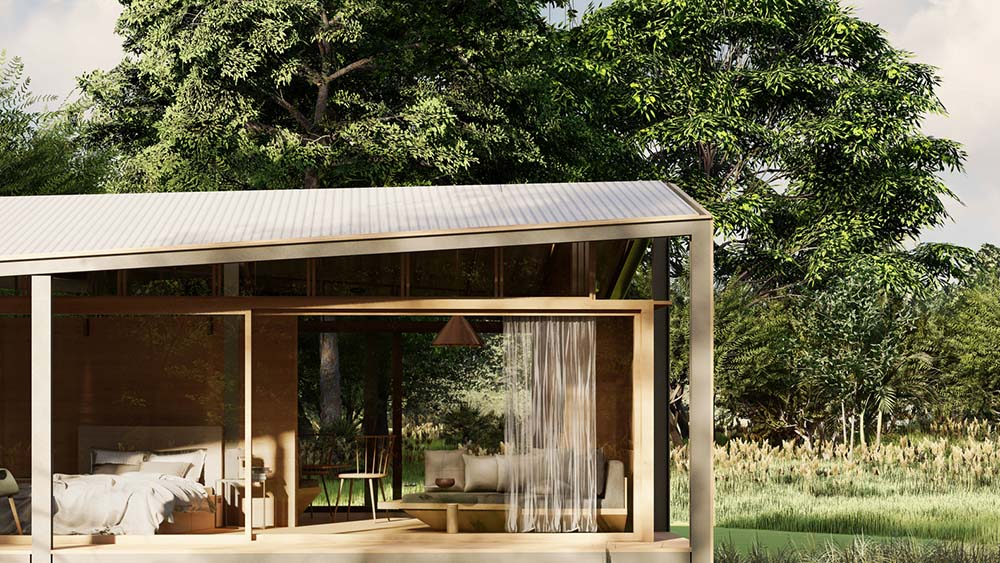 Alexis Dornier’s Stilt Studios company is launching ‘tiny tetra’ house, a new prefab home built using wood, glass and recycled waste materials. elevated 40cm off the ground, the 64 sqm dwelling comes with all living amenities, while its roof and walls employ sheets made of recycled tetra pak beverage cartons. The first prototype is being built in Bali starting in august, while sales will commence in October 2020.

Founded in 2019 by Alexis Dornier and Florian Holm, Stilt Studios designs, builds and operates upscale prefab structures that blend in seamlessly with nature. called ‘tiny tetra’ house, the company’s latest design brings together unique design with playing a part in the local, circular economy. The project is also listed on kickstarter to increase community feedback for the prototype and raise a smaller part of the prototype costs from the community.

‘We decided to launch the project on kickstarter to get as much community feedback as possible and use it to further refine the prototype for the production version,’ says Florian Holm, co-founder and CEO of Stilt Studios. ‘Supporters of the project can buy a voucher to later stay at the tiny tetra house in bali. Any help is welcome!’

The ‘tiny tetra’ house is a 64 sqm home built using wood, glass and recycled materials, that blends into its surroundings by making use of the materials’ reflective characteristics. Its diagonally oriented floor plan creates exciting spaces that bring the outside in, while strategically placed openings carefully frame outside views. For its roof and walls construction, Stilt Studios has used corrugated sheets made of recycled tetra pak beverage cartons. Bali, as many places in the world, has a waste recycling problem and by using recycled materials for building, alongside wood, the company hopes to contribute positively to the local circular economy and community.

‘At Stilt Studios we believe we have the responsibility for both creating unique designs and reducing the environmental impact of our buildings,’ says Alexis Dornier, co-founder and chief designer at stilt studios. ‘How about if we could not only reduce total material used and the footprint, but be a part of the circular economy by the choice of material used’.

To lessen the occurring waste problem, tetra pak developed poly roof panels that are made of 25% plastic and aluminium from their package cartons. The aluminium layer on top helps to ensure a 100% waterproof material. The poly roof sheets are proven as more promising than regular tin sheets according to their insulating effects in heat and noise reduction. The house is topped with a sloping roof that channels rainwater through the designed structural system, which is then stored for further use like watering the surrounding garden.