An estate that once belonged to Hollywood icon Edie Goetz is now listed for $79 million. It spans more than four acres and boasts impressive amenities like guest houses, greenhouses, swimming pools, a tennis court, and more. Get a behind-the-scenes look at this prime piece of real estaate. 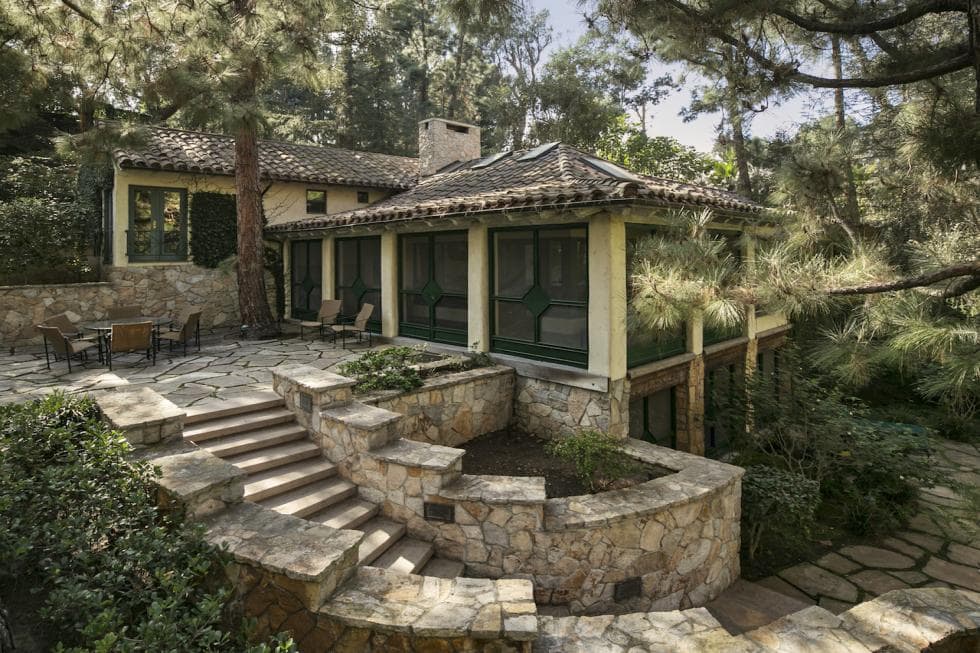 There’s a piece of real estate for sale in Los Angeles that you might like to know about.  The impressive property once belonged to former MGM owners Edie and Bill Goetz. 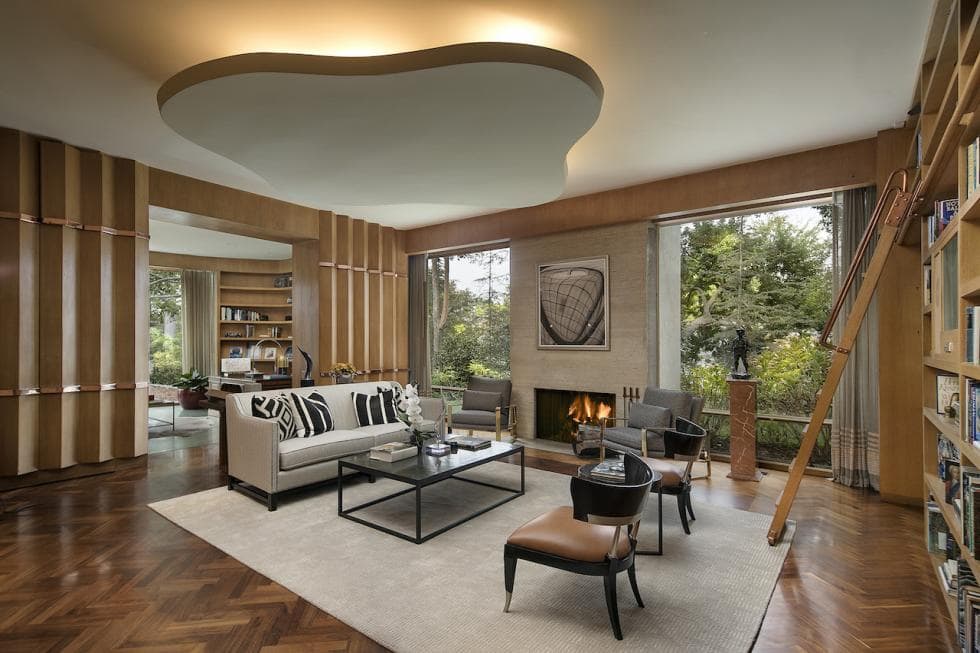 This is the spacious living room with a sofa set by the stone fireplace across from the built-in bookshelves. Image courtesy of Toptenrealestatedeals.com. 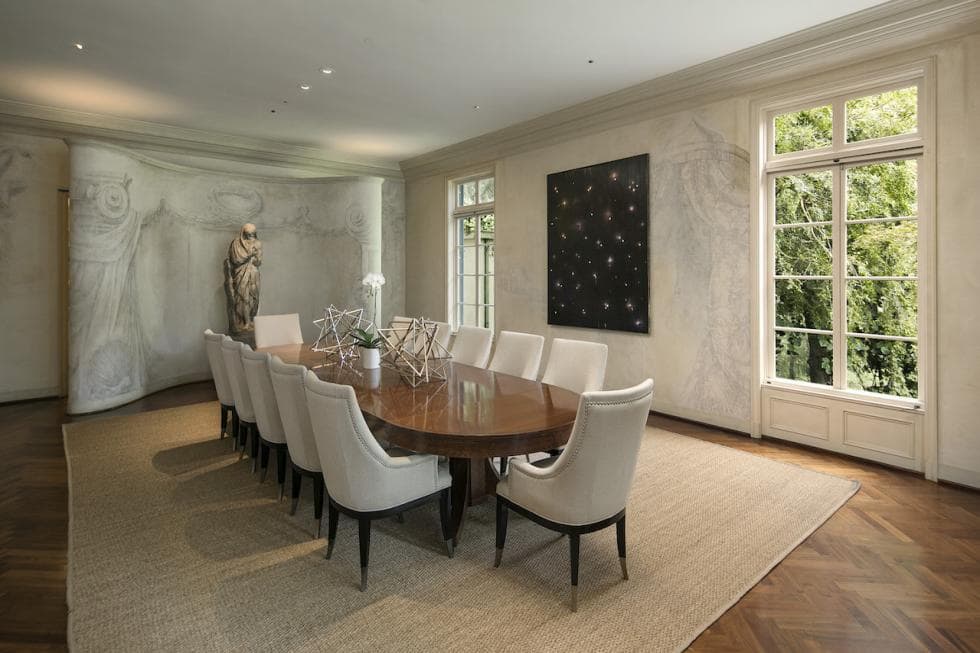 This is the formal dining room with a long wooden dining table surrounded by large windows, chairs, and various art pieces. Image courtesy of Toptenrealestatedeals.com. 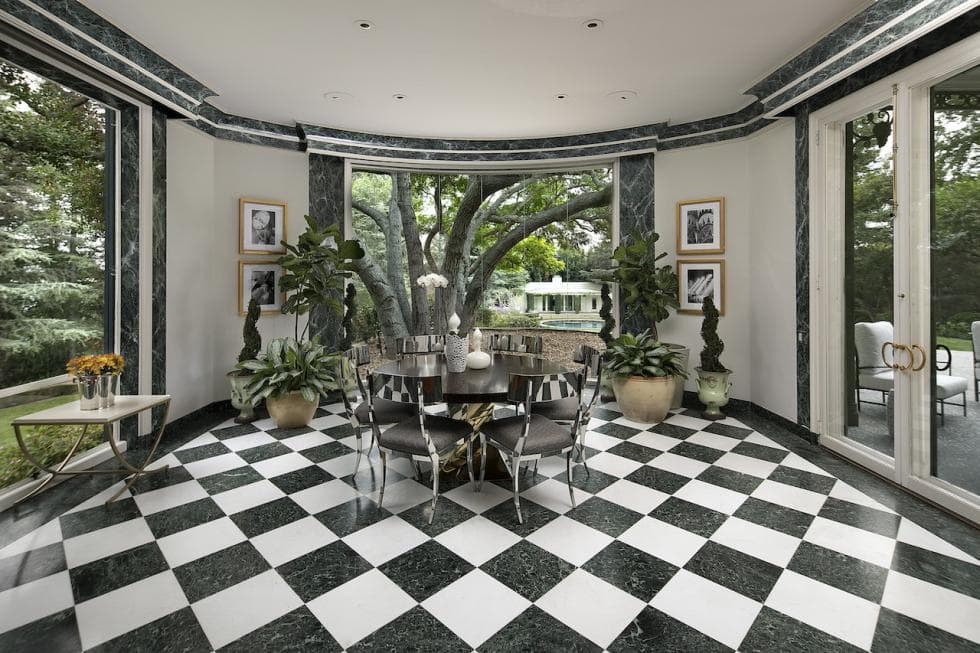 This is an informal dining room with a black and white checkered flooring to complement the dining set. Image courtesy of Toptenrealestatedeals.com. 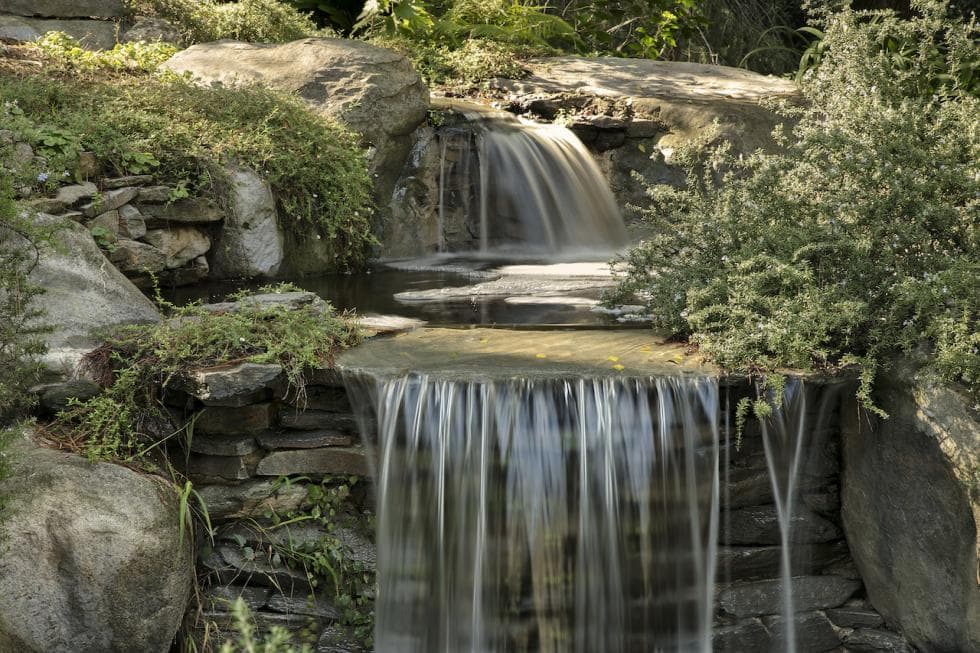 This is a close look at the landscaping of the estate with a waterfalls display made to look natural with shrubs and moss. Image courtesy of Toptenrealestatedeals.com. 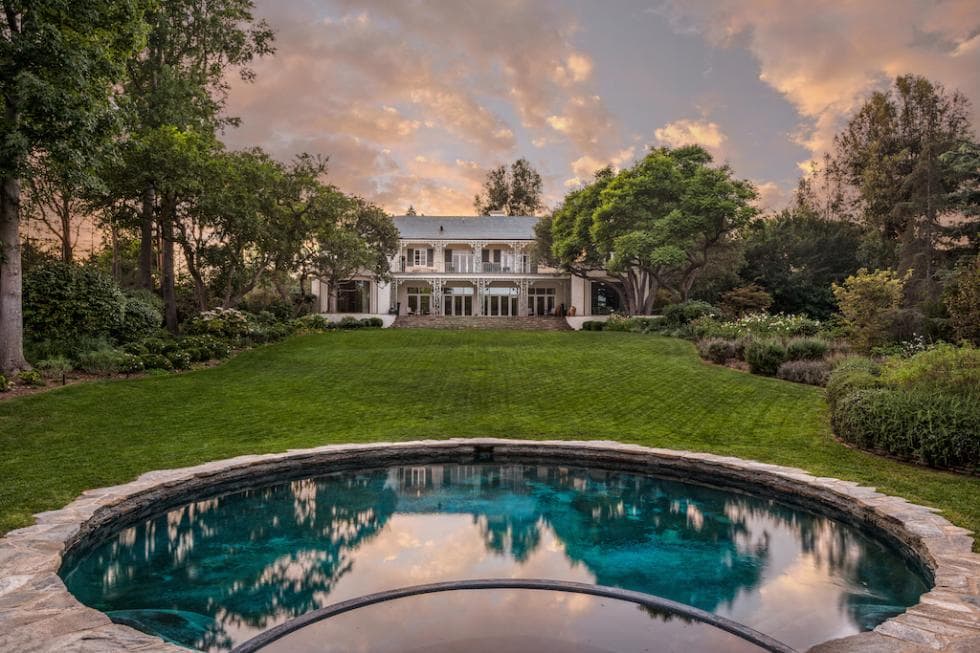 This is a look at the back of the house from the vantage of the round swimming pool with a large expanse of grass lawn in between. Image courtesy of Toptenrealestatedeals.com.

The main house boasts eleven bedrooms and nine full baths.  Plus, there’s lots of room throughout for entertaining.  In the late 1940s, Goetz had it completely redone so it would be more suitable for large gatherings.  The home was the scene of many an extravagant party until her husband’s death in 1969.  Frank Sinatra even had his wedding reception there when he married Mia Farrow in 1966.

The large living room is decked out in floor-to-ceiling windows, bookshelves, and a stone fireplace.  This space is large enough to accommodate the 20-foot-wide movie screen the Goetzes installed there, transforming the room into a home theater.  The two original projectors are still situated behind one wall.

The spacious, formal dining room also has large windows and plenty of artwork.  For more casual dining, there’s a roomy informal dining room that opens directly onto a patio, one of the property’s many inviting outdoor spaces.  Another peaceful spot is a large waterfall that’s man-made but designed to look like a natural part of the landscape.

Throughout the mansion, you’ll find herringbone floors, winding staircases, and marble moldings.  One of the most iconic rooms in this glamorous home is the library and bar, which was likely a popular hangout for some of the Hollywood stars who frequented the home for at least three decades.  The home was built in 1938 but has been expanded and revamped since.   When Wilson bought it, he also purchased the property next door and added more amenities to the merged parcels.

There’s a lot more to this property than a mansion and beautiful grounds.  There are also three guest houses, two swimming pools, two greenhouses, a tennis court, and a funicular (a cable railroad).  The latter undoubtedly is the most outstanding feature, since it’s not something you’re likely to find, even on the grounds of celebrities’ homes.

Edie Goetz was the daughter of Louis B. Mayer, who was once head of MGM Studios.  In 1930, she married Bill Goetz, a producer.  They built their LA home after making it big in the movie business.  For more than 40 years, Edie Goetz kept meticulous records of every party they hosted — the guest list, the menu, and the movies they screened.  Recently, some of those details were released to the public.