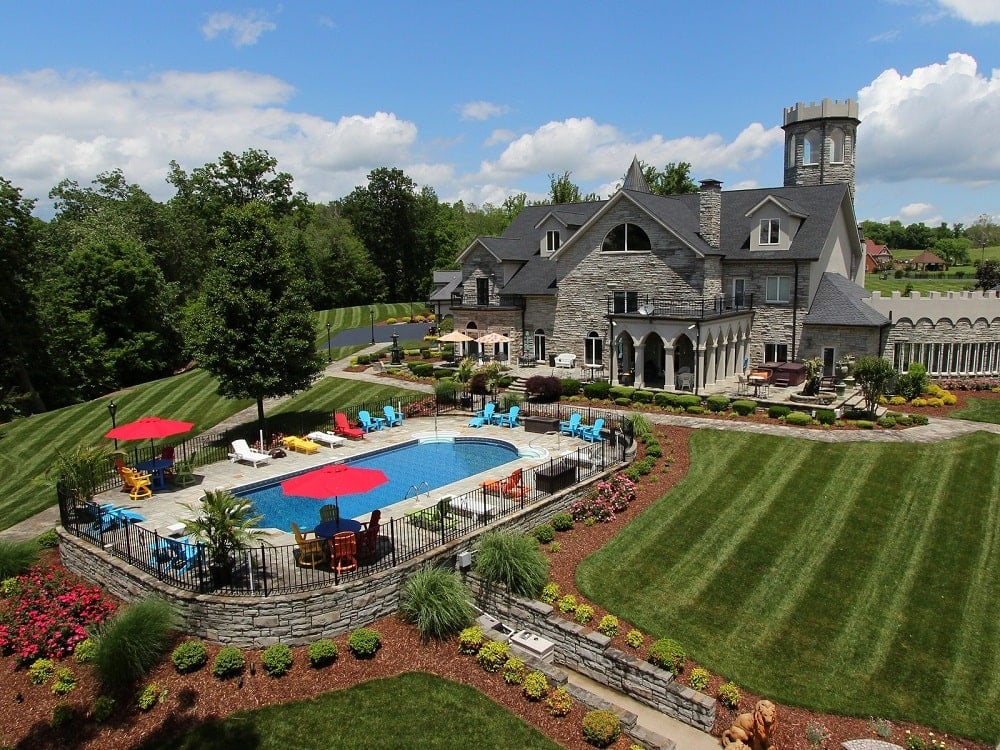 A replica of a Spanish castle in Johnson City, Tennesee with a Highlands vibe to it is now on the market. The Devault Manor will go to auction on July 10th.

The Devault Manor has a castle measured at 19,000 square feet with a large marble foyer, curved stairs, eight bedrooms, fourteen bathrooms, a chef’s kitchen, and stained glass windows that can be found throughout the home. There is also an elevator, five fireplaces, a billiards room, and an English pub. The surrounding grounds have a large pool, a six-person hot tub, outdoor kitchen, and a motor court for go-carts.

Calling all lords and lairds to Devault Manor, a modern-day castle, situated on Boone Lake with approximately 750 feet of lakefront access. Actually, it isn’t a replica of a British or Scottish castle, but instead, a Spanish castle, though its location in Johnson City, Tennessee in the Appalachian Mountains gives it that Highlands vibe.

Johnson City is ranked 14th “Best Small Place for Business and Careers” in the U.S. by Forbes and is 45 minutes from the nearest ski slopes. It also ranks #5 in the top ten most inexpensive places to live in the country. Shopping is only minutes away and its east Tennessee location gives one access to some of the finest outdoor activities in the Appalachians.

The meticulously groomed 13 acres of grounds provide waterfront for water sports, a large pool with views of the lake and forested hills, a six-person hot tub, and an outdoor kitchen. Beyond the motor court entrance is a replica of the Bristol Speedway for racing go-carts. The stately entrance has 22-foot doors that open into a large marble foyer, large enough to be used as a ballroom.

Two majestic curved stairs lead to the second floor. Inside the 19,000-square-foot castle, home is eight bedrooms, fourteen baths, a maid’s suite with a kitchen, a chef’s kitchen with stained glass windows that can be found throughout the home. There is an elevator for convenience, five fireplaces with carved mantles, including one in the master suite, which also has his-and-hers baths and walk-in closets.

The elaborate home theater has four levels of seating and its own lobby. The billiards room is outfitted with an imported English pub and one can have a 360-degree view of the countryside and mountains from the top of the turret. For more information.

Devault Manor, a 19,000-square-foot castle home on Boone Lake in Johnson City, Tennessee on 13 acres with a Bristol Motor Speedway scale-model race track will go to auction on July 10th. 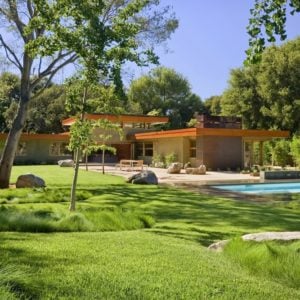 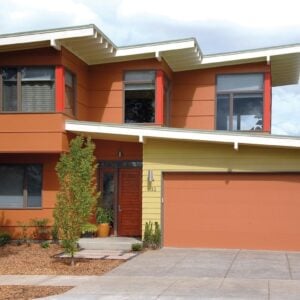