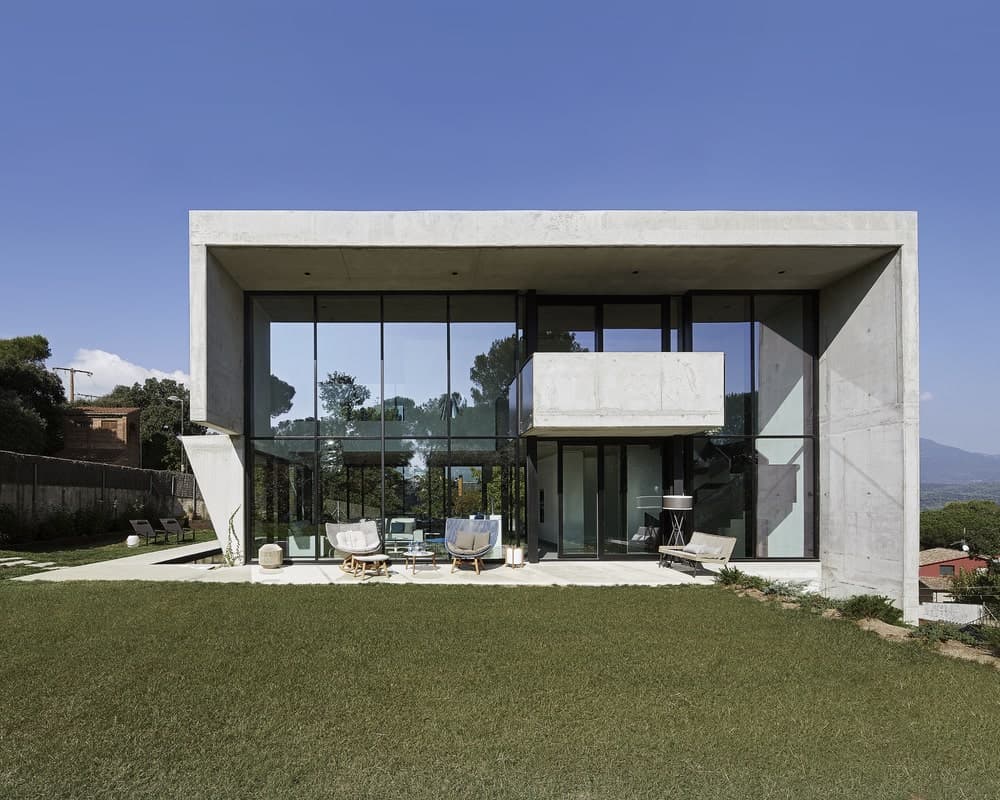 Rios is a freestanding one-family dwelling, located in Santa Maria de Palautordera near Barcelona and situated on a sloping plot of 700 m2. It is consisting of a basement of 102 m2, a ground floor of 94 m2 and the first floor of 84 m2. The house includes a pool as well, attached to the south side of the building. In the brief, the client insisted on one hand on having a completely free diaphanous ground floor, with unobstructed views towards its surroundings and on the other hand required a self-sufficient heating & cooling installation and electricity supply to meet the standards needed to combat the effects of the climate change.

The house has been conceived as a clear rectangular volume placed parallel to the streets that limit the site, thus to be able to enjoy the views towards the Montseny and to take maximum profit of the garden behind the house.

It is a house with the maximum possible surface of the glass in the facade on the ground floor to be able to take advantage of the privileged situation of the plot with its unobstructed views to the Montseny, and with a totally diaphanous distribution. The eastern part of the house (the living room among other elements) has been conceived as a double-high space facing the garden across the monumental curtain wall made up of black aluminum profiles. The upper floor contains the elements that require more privacy. The whole volume of the building has been folded over with slab of concrete, which includes generous overhangs that prevent the sun from reaching the interior in summer, which is thus protected against overheating in that season.

An installation based on geothermal energy and a heat pump has been integrated into the floors and heats the house in wintertime and provides passive cold in the summer. In addition, voltaic solar panels hidden on the roof make the house practically independent from the electrical power network. The rainwater of the roof is captured in a 20 m3 tank which has been dug into the garden and is used for the irrigation of the garden vegetation. 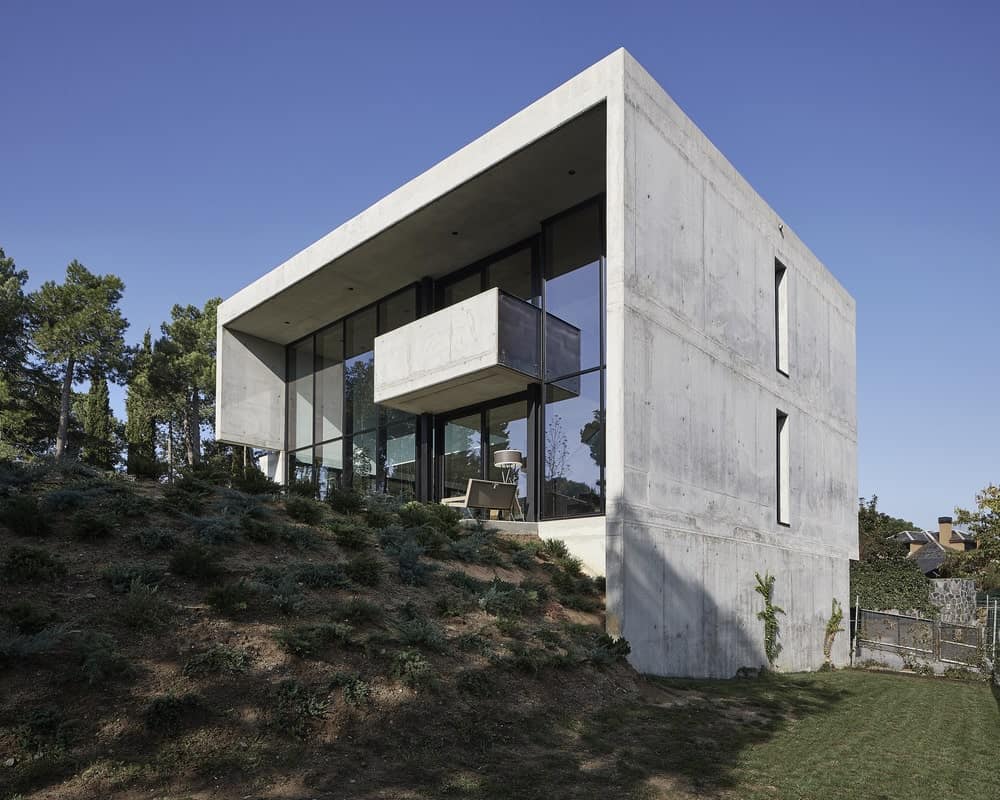 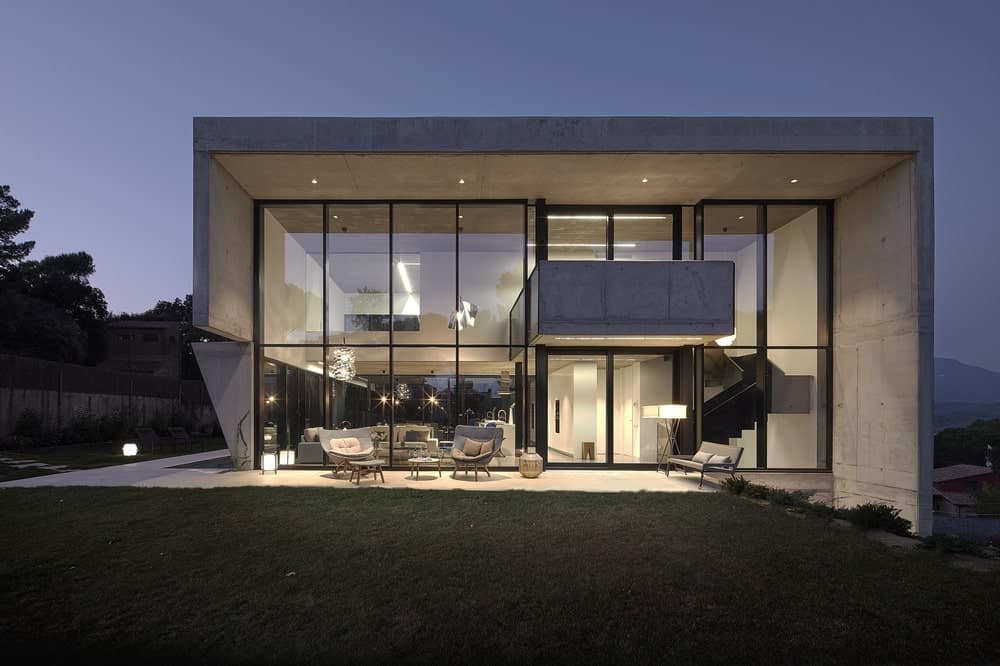 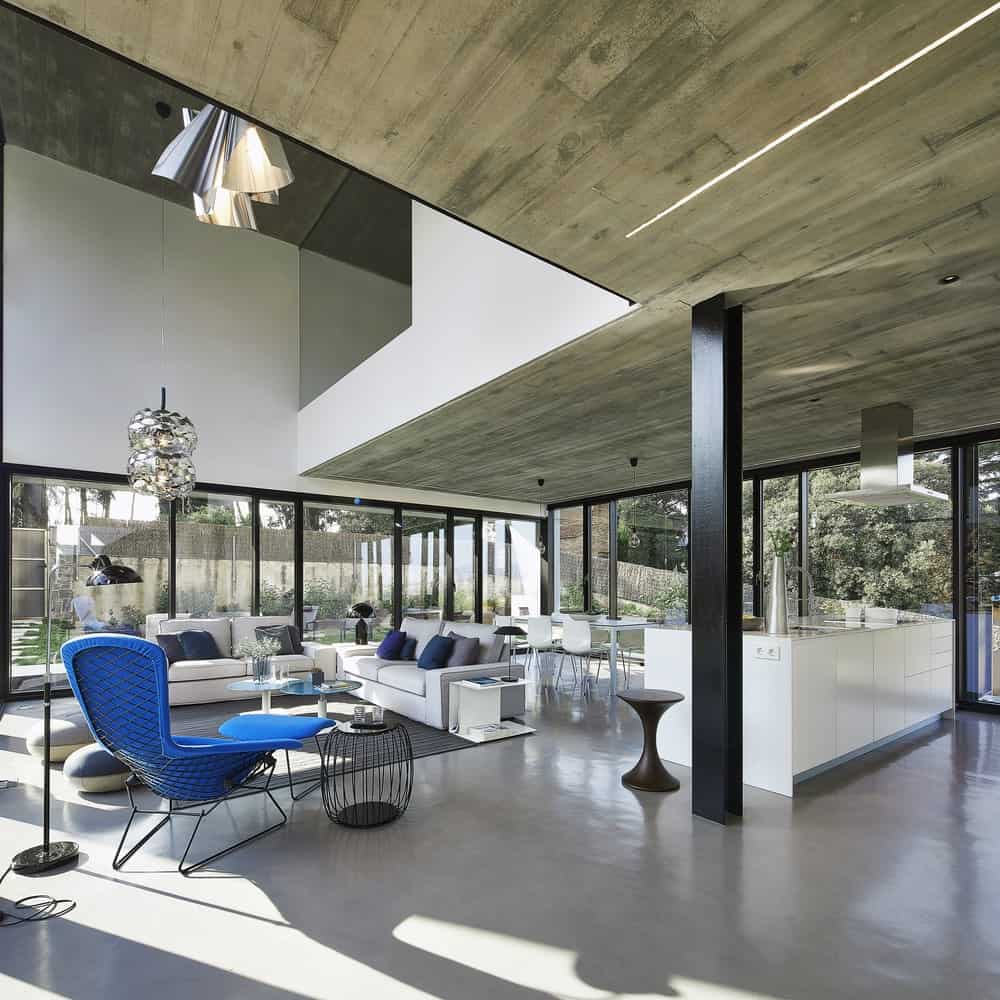 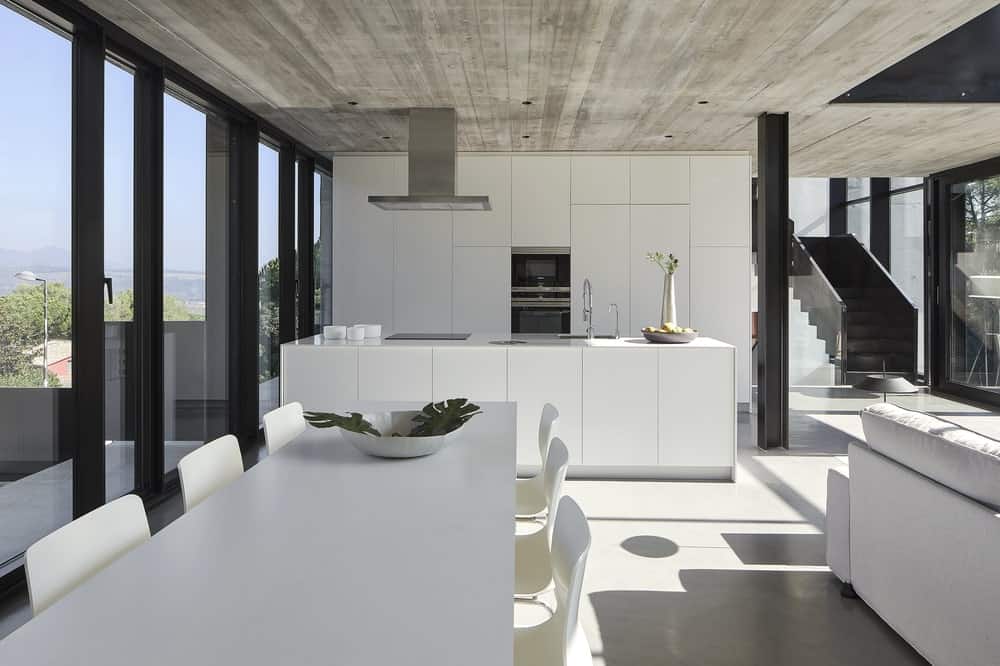 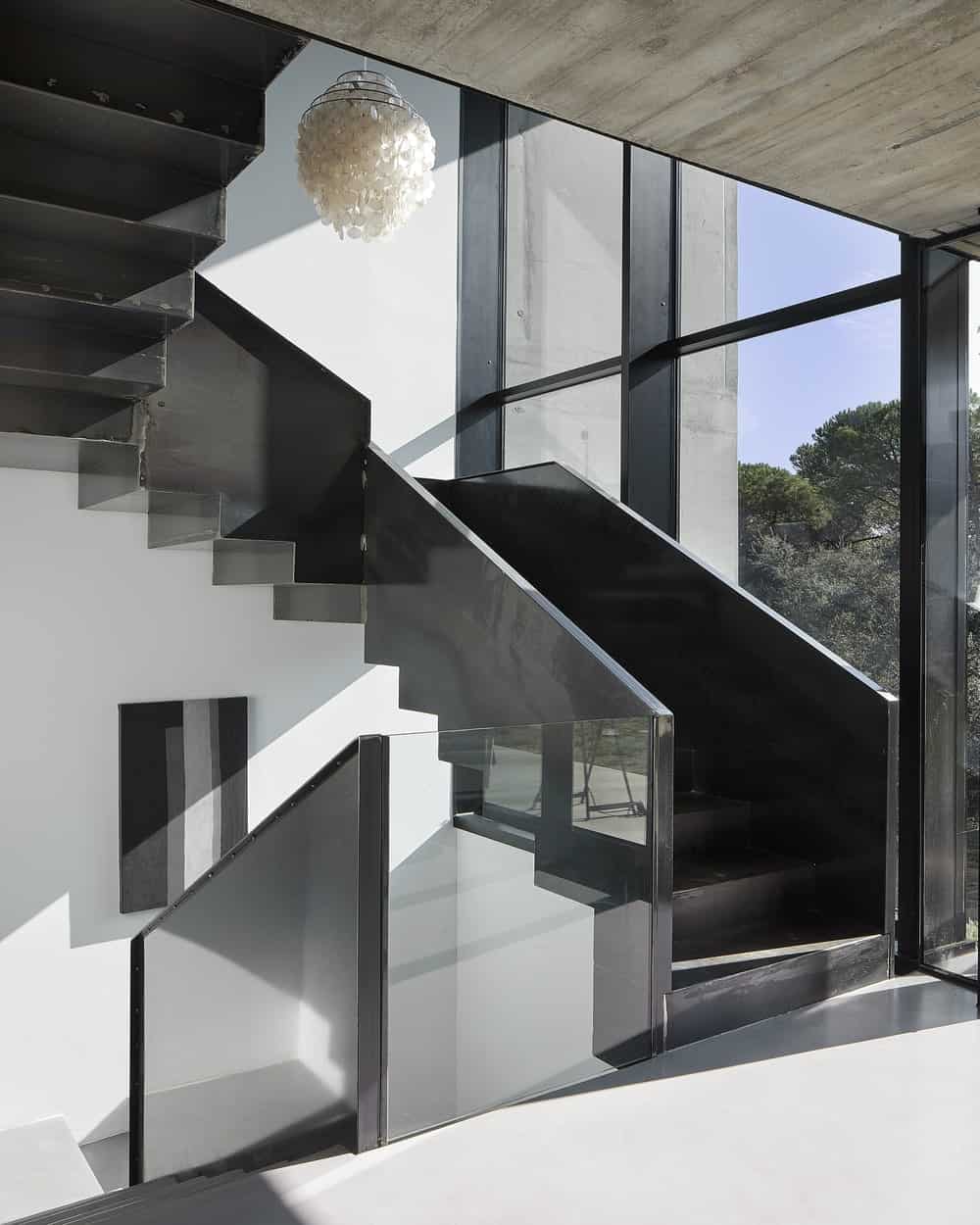 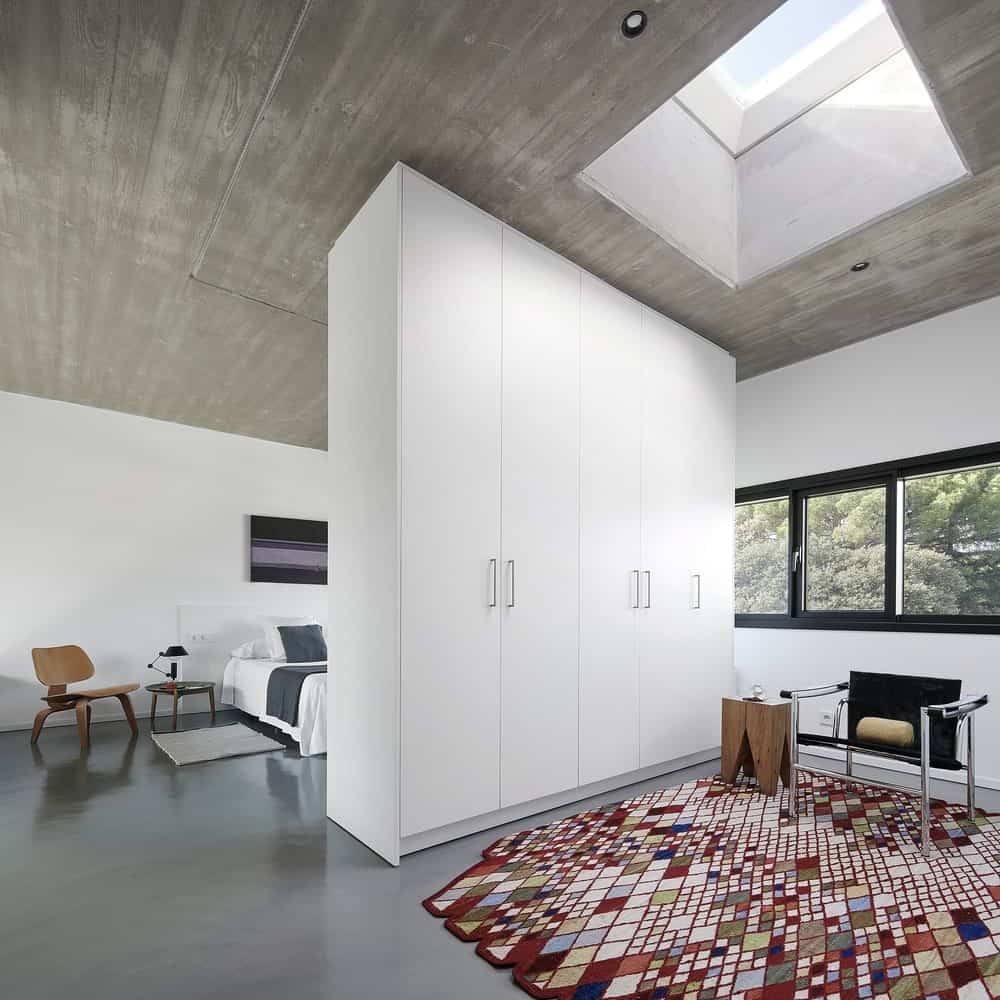 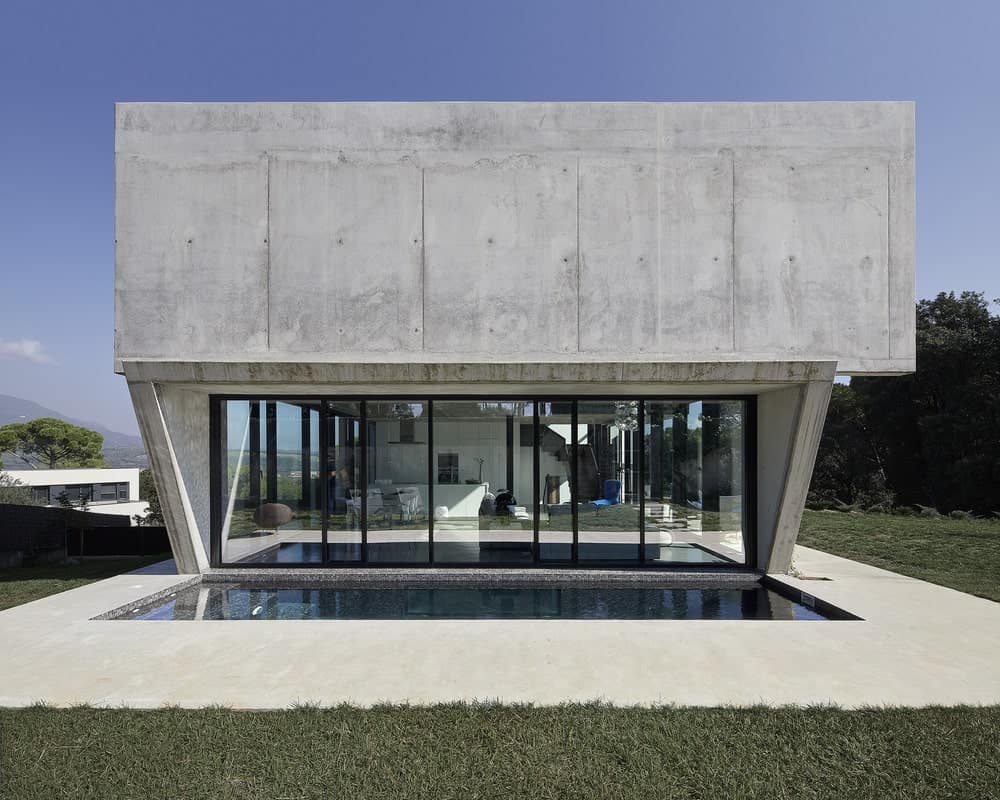 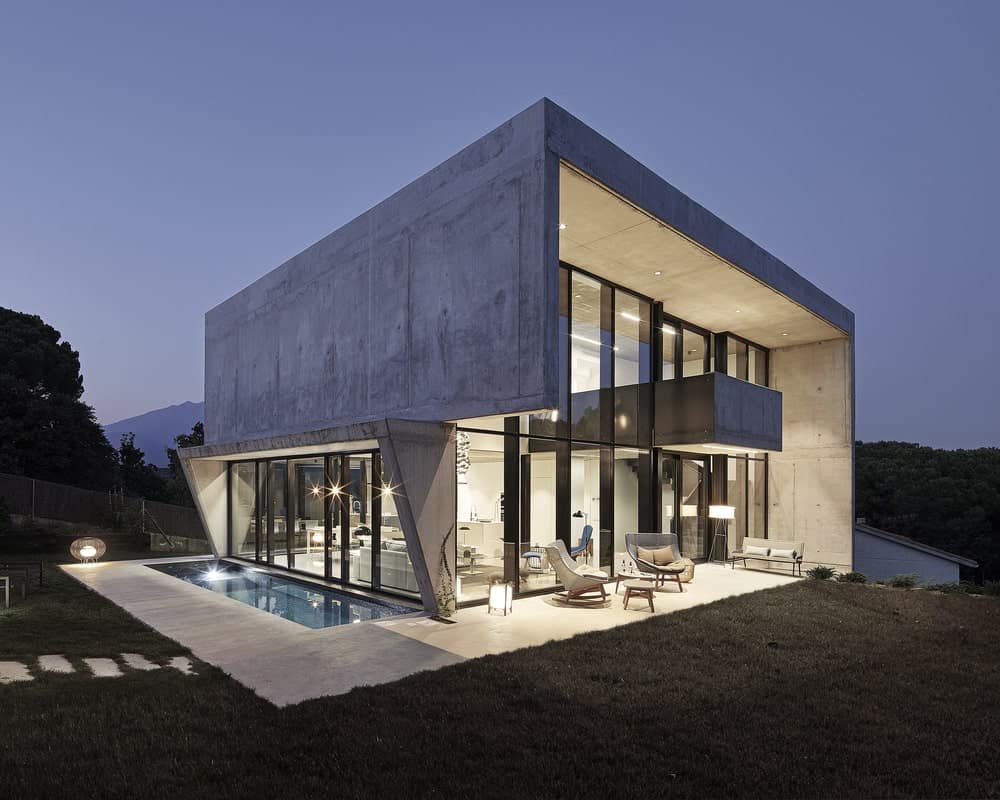