Barry Manilow’s former Malibu home is currently on the market for upwards of $10.3 million. The home offers five bedrooms and five bathrooms along with a modern kitchen and office space that may be used as a media room. A fully detached guest house also sits on the property. 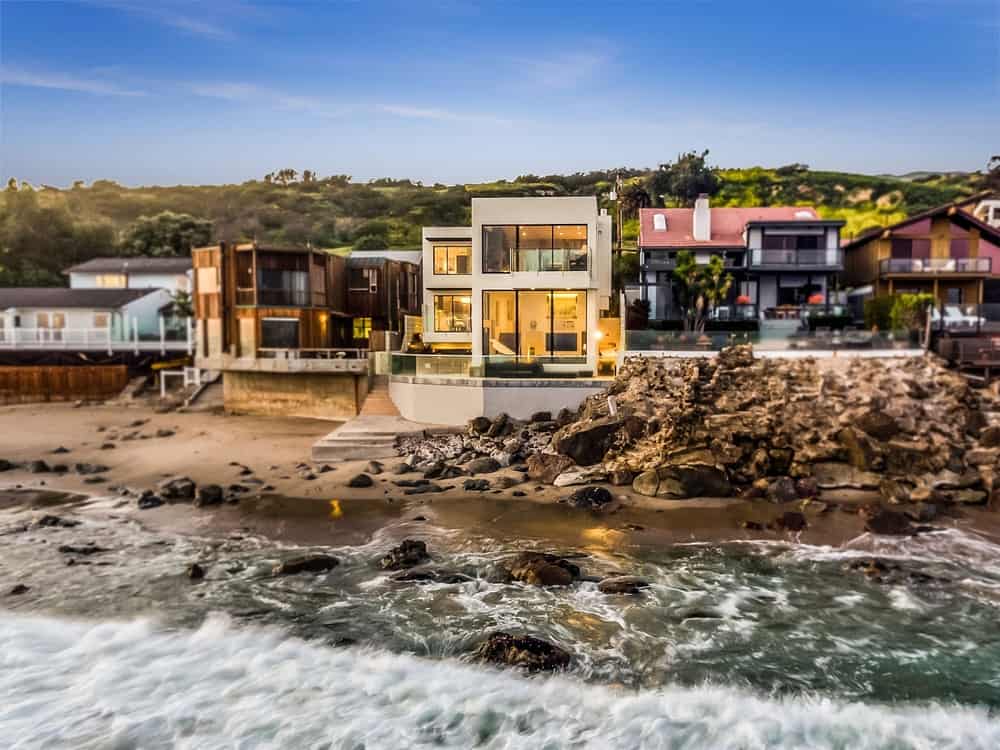 The former home of legendary musician Barry Manilow is on the market for $10.3 million. The Malibu beach house, often referenced as “Barry’s House,” is 4,320 square feet of beautiful architecture.

The listing agents for the stunning house are Sandro Dazzan, David Solomon and Anna Solomon of The Agency, Beverly Hills.

This home has five bedrooms and five bathrooms so that everyone in the house can have space for themselves. “Barry’s House,” may have been built in 1976, but there is nothing outdated about this incredible pad. This Malibu mansion boasts of updated windows, chandeliers, and a modern kitchen that gives the best view of the beach. In fact, “Barry’s House” is unique in that it literally stands out from the crowd to deliver 180-degree scenery. You can see the coast from Palos Verdes to Point Dume, and back again.

Other amenities included in this home include outdoor space specially designed for parties. There is no need to travel from the kitchen indoors to the outer courts with food for your guests. “Barry’s House” offers an outdoor kitchen with a dining area that lets you prepare and serve food in the same space.

Creatives may find extra sentiment in this home. Barry Manilow, after all, has a 50-year span in the music industry that includes selling more than 80 million records worldwide. The musician placed his piano in the living area, which gives the perfect view of the beach when he lived in this Malibu mansion. Just imagine Barry coming up with songs such as “Could It Be Magic” and “Copacabana” in the same living area that houses your sofa and lounge chairs. Such a thought is what the lucky residents of this mansion get every morning.

Residents also get a Jacuzzi hot tub with an accompanying hot outdoor shower at “Barry’s House.” The convenience of this home is further stressed with a self-feeding fish tank and an office that may also be used as a media room. The possibilities are endless at this Malibu home that continues to turn heads in its direction after more than 50 years of existence.

Barry Manilow lived in his Malibu mansion from 1990 to 2006. The singer and songwriter sold his home in 2006 for new pastures on the East Coast. A lot of Barry, however, still remains in this beautiful home. Visitors know that there is something special about this home that features a walled garden upon entry into the space. There is also a detached guest house on the property that is fully-equipped with all the essentials that the main house offers.

Barry Manilow has never been one to remain inside the box. The recording artist has, instead, worked to establish himself as a force in society with music that touches generations and a lifestyle that inspires others to spread positive energy. The masses can always depend on Manilow to keep it real and to promote love. Barry often sticks out in a crowd in the same manner that his former home stands out from the other homes on its Malibu block. You definitely need to get an up-close and personal look at “Barry’s House” to appreciate all that it brings to the community.