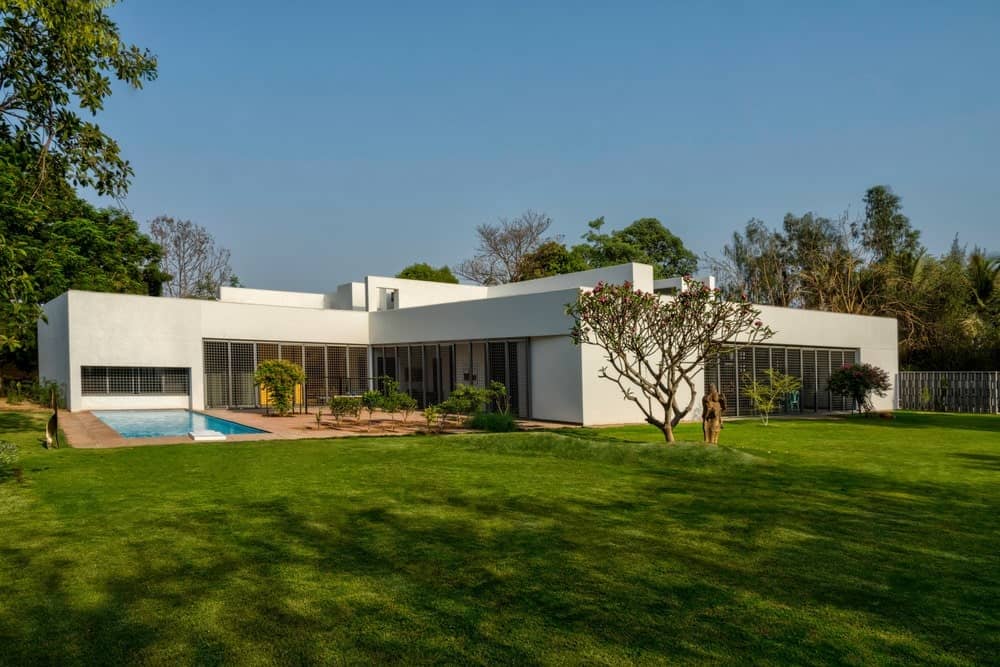 ‘Amaltas’ (a regional name for Cassia Fistula), as a rural residential retreat, particularly addresses distinct spatial domesticity by facilitating the requirements of its singular inhabitant i.e. the client herself, as opposed to the typicality of any residential space accommodating a multi-member family household. As a whole, this countryside house functions in accord with the surrounding invitatory landscape, interspersed courtyards, apertures for indirect daylighting and syncretic accents of inherited, artisanal and natural entities. Owing to its site-specific presence, the villa encompasses about 900 sq. m of area, across a 7,000 sq. m plot, on the outskirts of Vadodara City, India.

It is in the emergence of an ever-changing intersubjectivity between any residential spatiality and its inhabitant/s, that the dynamics of domesticity evolves. This further leads to unfolding an array of conscious design determinants, which are flexible enough to accommodate temporal variances whilst still asserting coherency and user-oriented peculiarity. For an atypical single-user household like Amaltas, the design considerations including but not limited to the assimilation of functionality and aesthetics, extended beyond the conventional schematics of a space that usually resonates interdependency and familial convergence. The resultant spatiality, thus incorporates four disparate zones, interlinked and contiguous alongside multiaxial circulatory connections. The essence of each zone differs distinctly by varying the degree of transparency, scale, natural light, privacy, and layering. This approach also enunciates transitional experiences, transforming the user’s movement into a sequential yet seamless phenomenon.

As for the rural site for this residence, it came with a lush expanse of pre-existent mature trees with some sporadically grown climbers and thickets. Diagrammatically, the design evinces a dispersal from the formal center, with open, semi-open and closed spaces, structured through a series of courtyards which not only moderate the openness of each space but also enable natural ventilation and day-lighting. The volumes and voids formed as a resultant of the superimposition of the tilting grids are marked by the prominence of broad brick walls.

The intent to disseminate the unconventionality of domesticity for this case, propelled the design to establish autonomous functionality, critically to a residential brief. This, in turn, was addressed by dispersing discrete services and circulation for each spatial cluster; be it for the user’s private domain or the residing guests’ wing or rather public areas in the core which can host frequent client meetings and social gatherings. While coping with the fluctuating subtropical climatic indicators for a residence of this scale, considerations for passive solar techniques included the clever use of layering wide verandas and service buffers. Thoughtful incorporation of thick load-bearing brick masonry and RC frame structure together allows the plan to deepen and achieve the desired hierarchical succession.

Amaltas rendered an opportunity to explore the objectivity of specific concerns for both, research and design, that ‘SquareWorks’ as a practice, concentrates upon. As rudimentary the idea of domesticity may seem, its predominant impact on spatial configurations, possesses immense discursive potential. Whereby, a rural residence such as Amaltas, serves as an open-ended enterprise to reflect and substantiate the comprehensive reciprocity shared by domesticity and residential spaces. 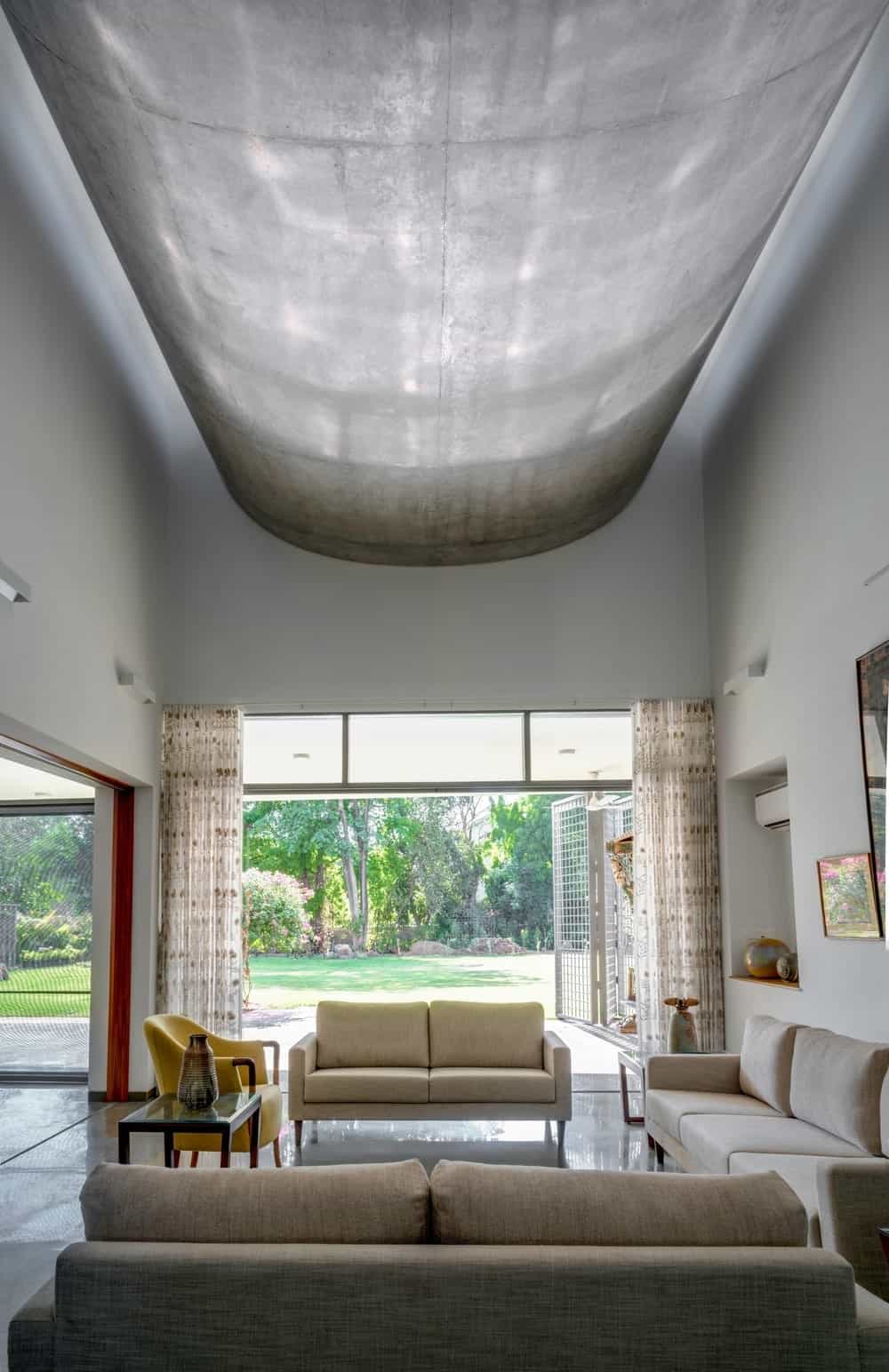 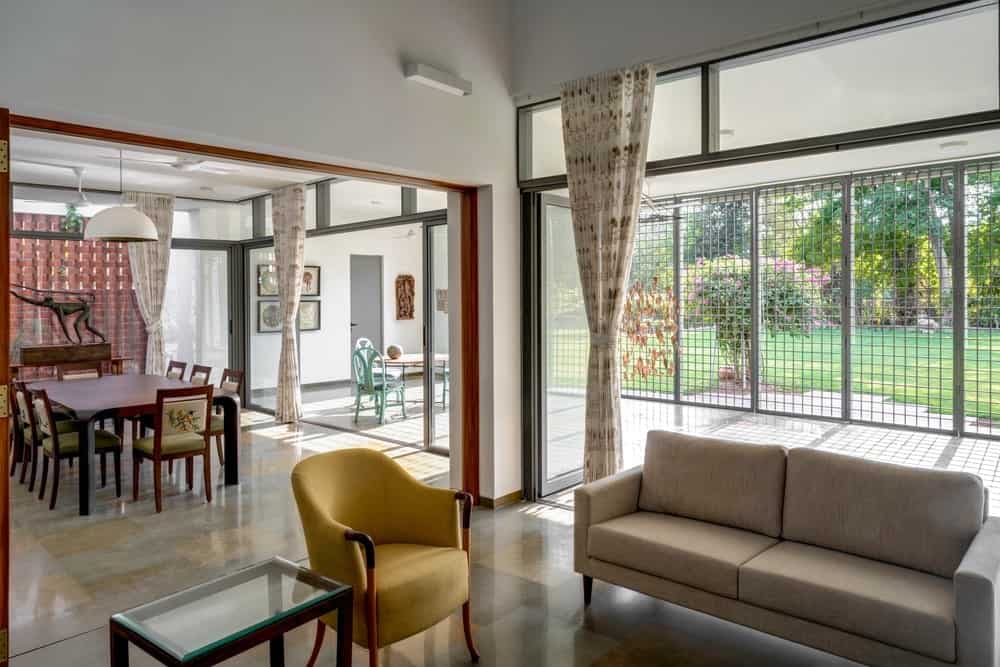 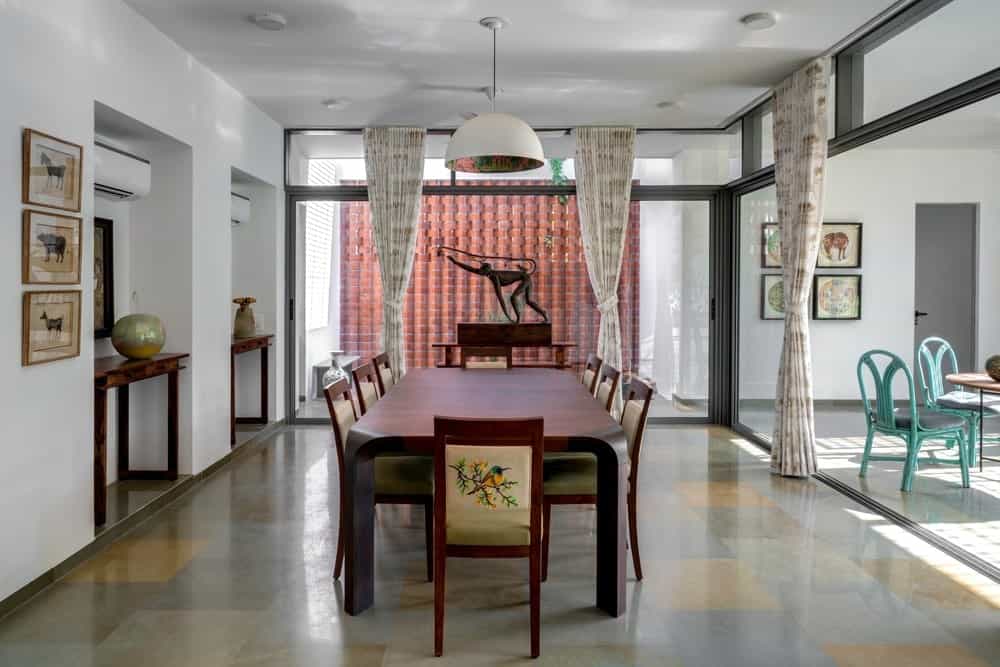 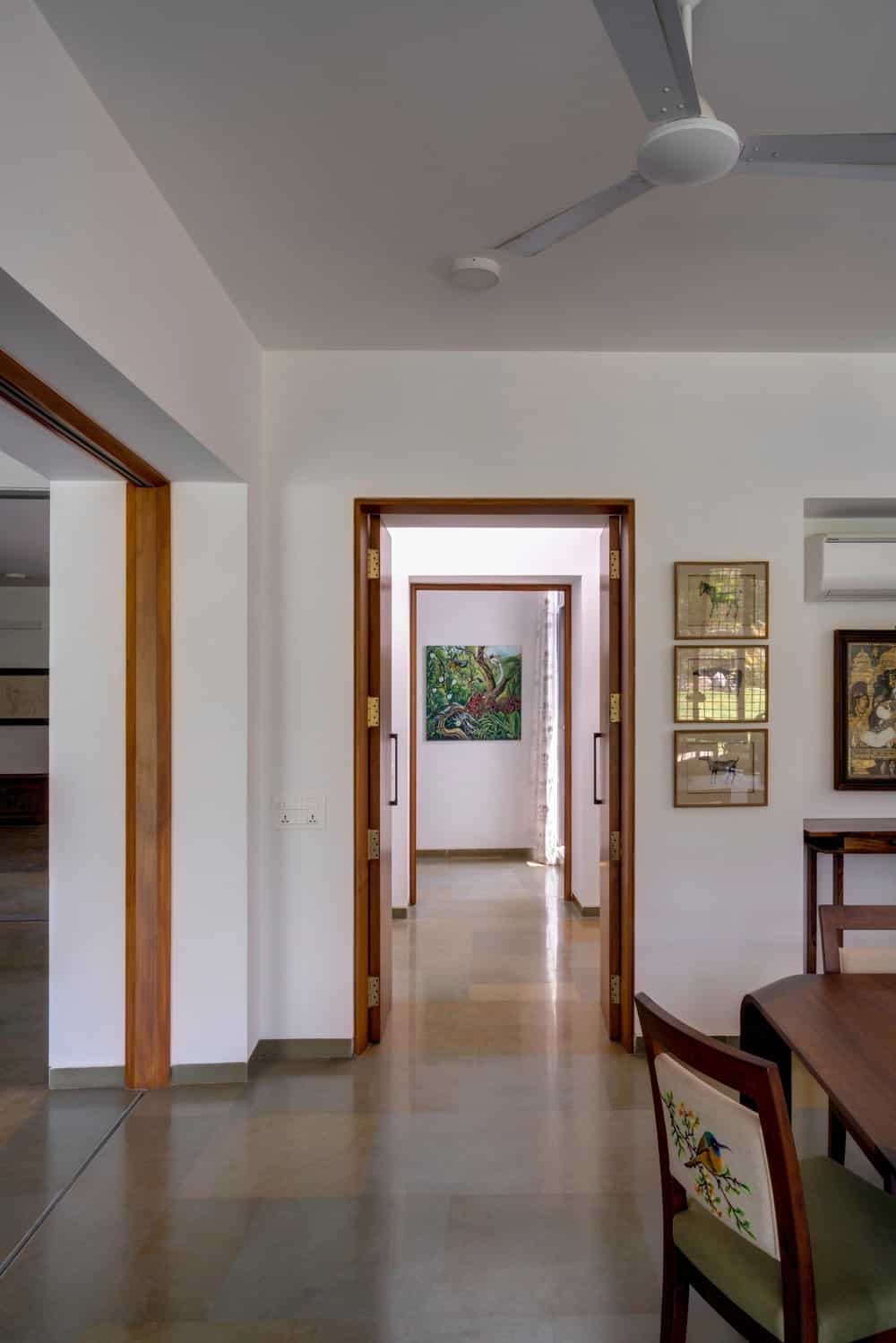 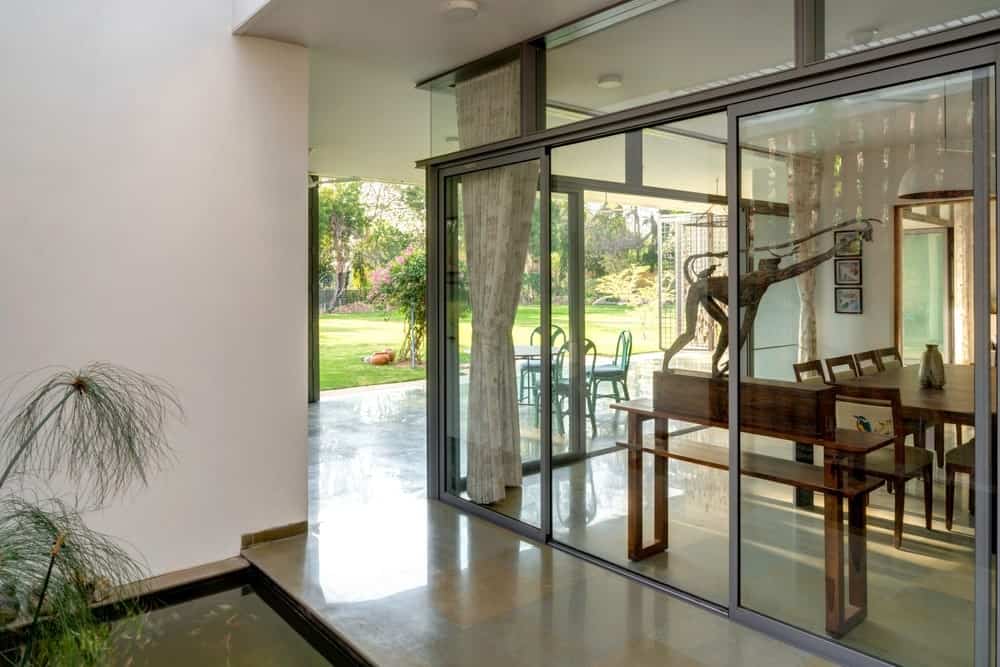 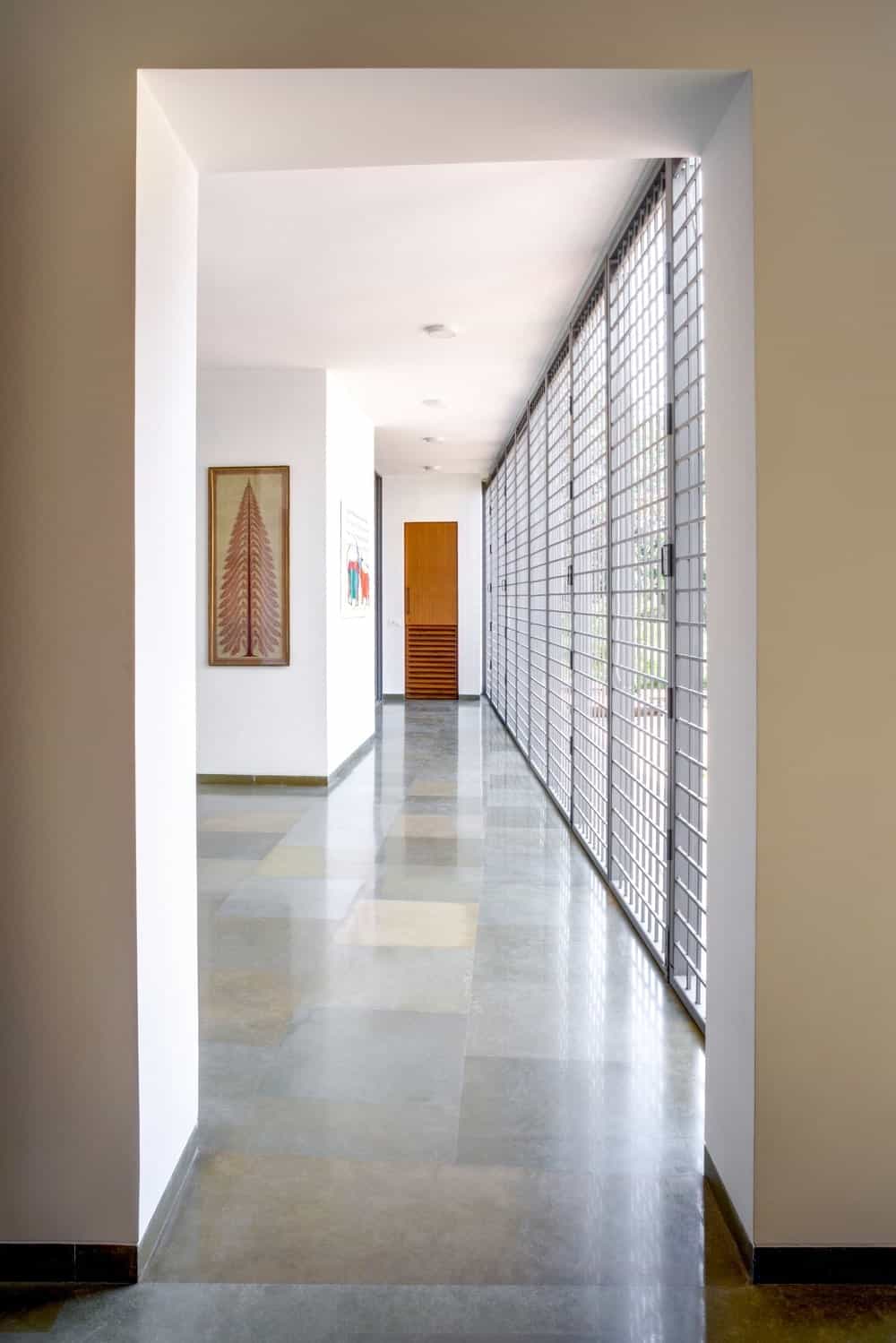 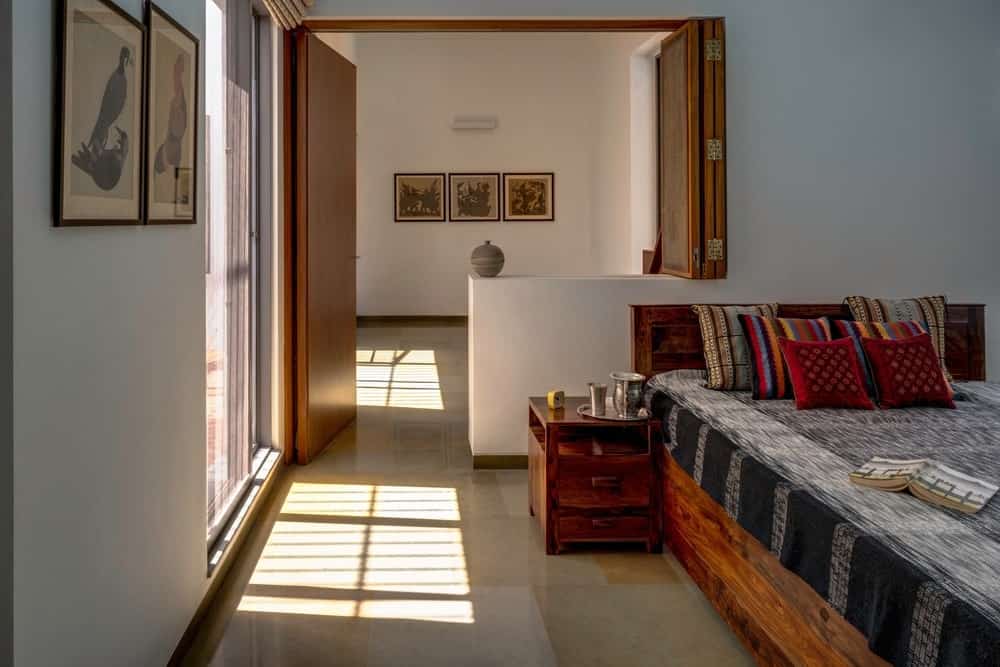 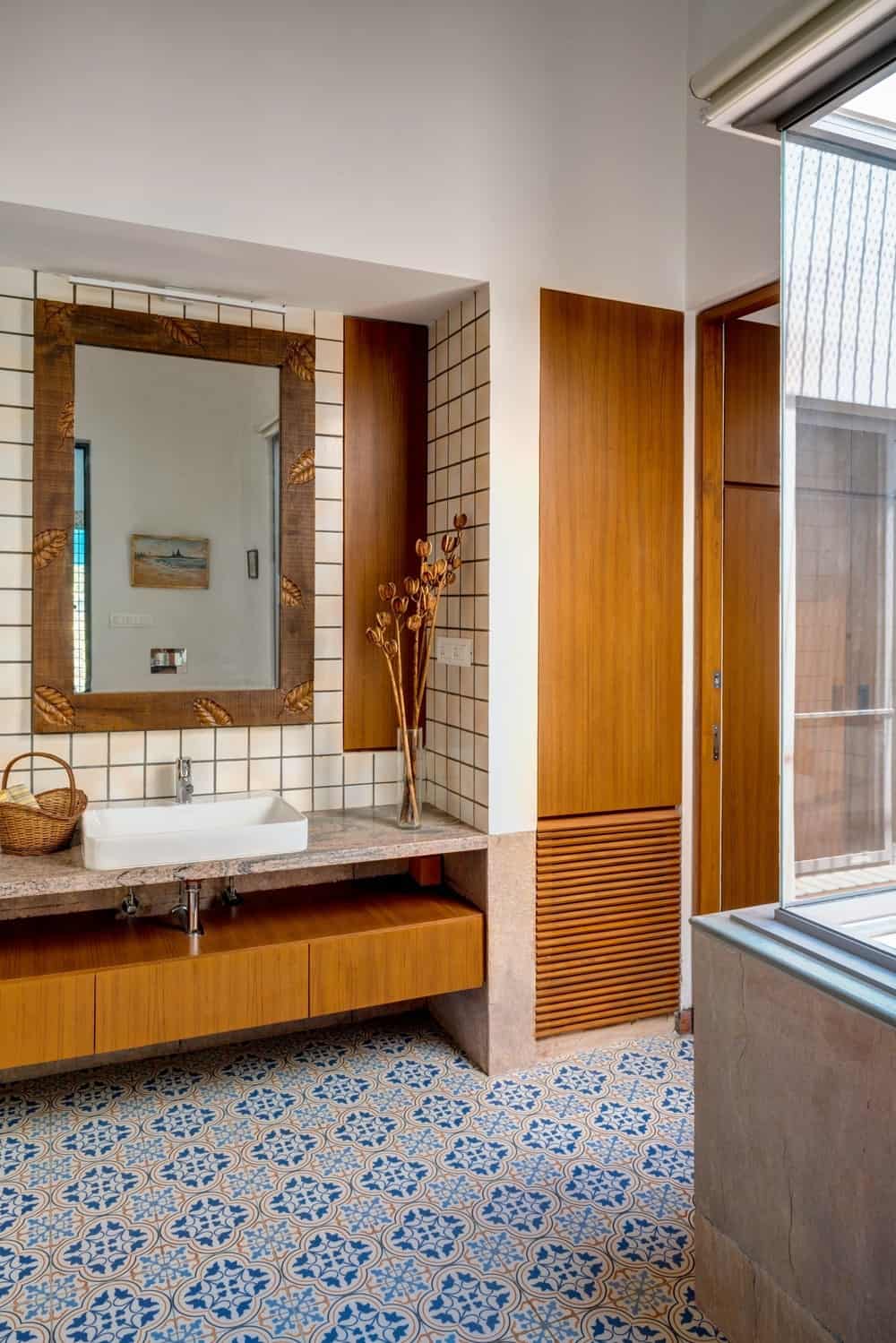 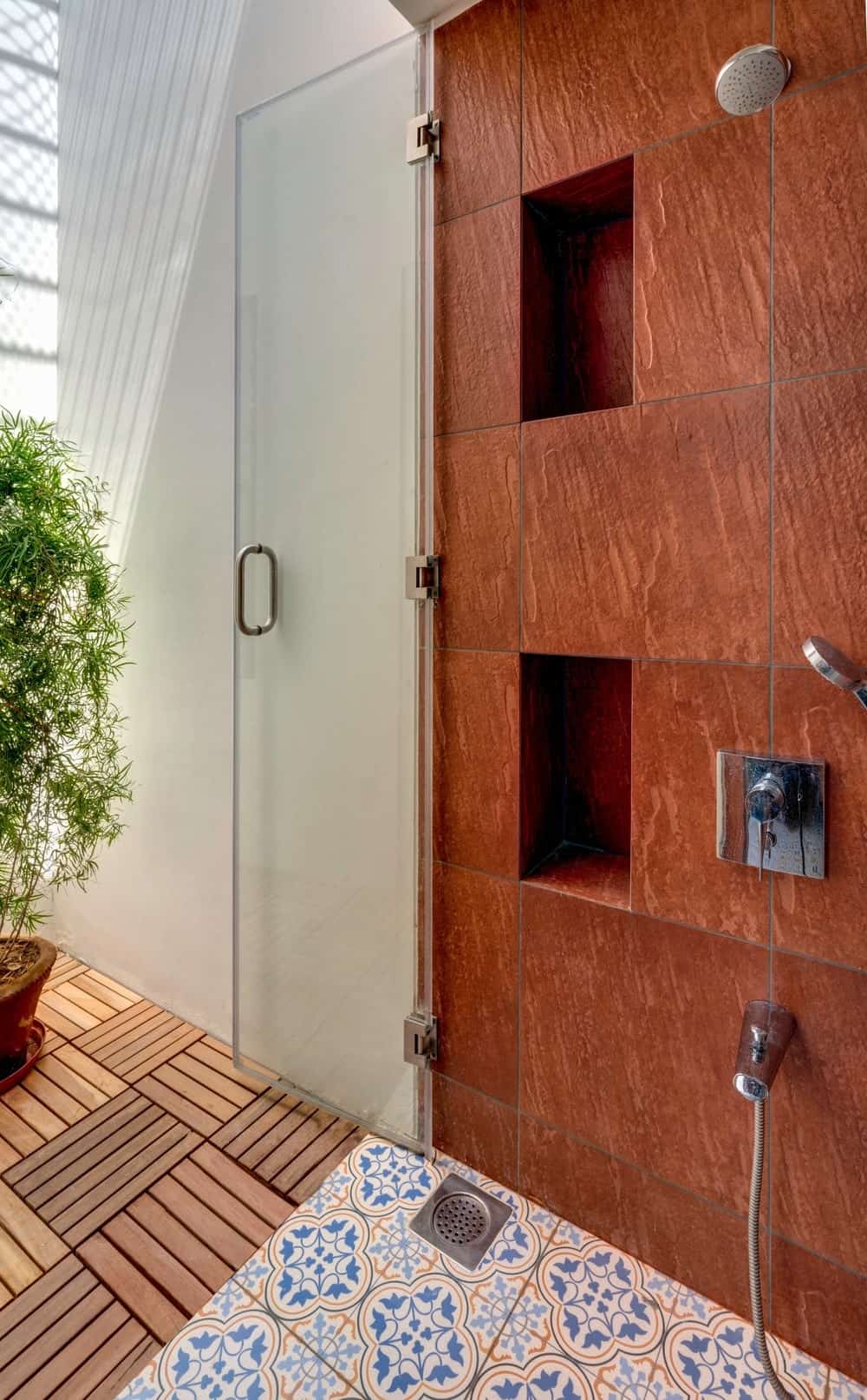 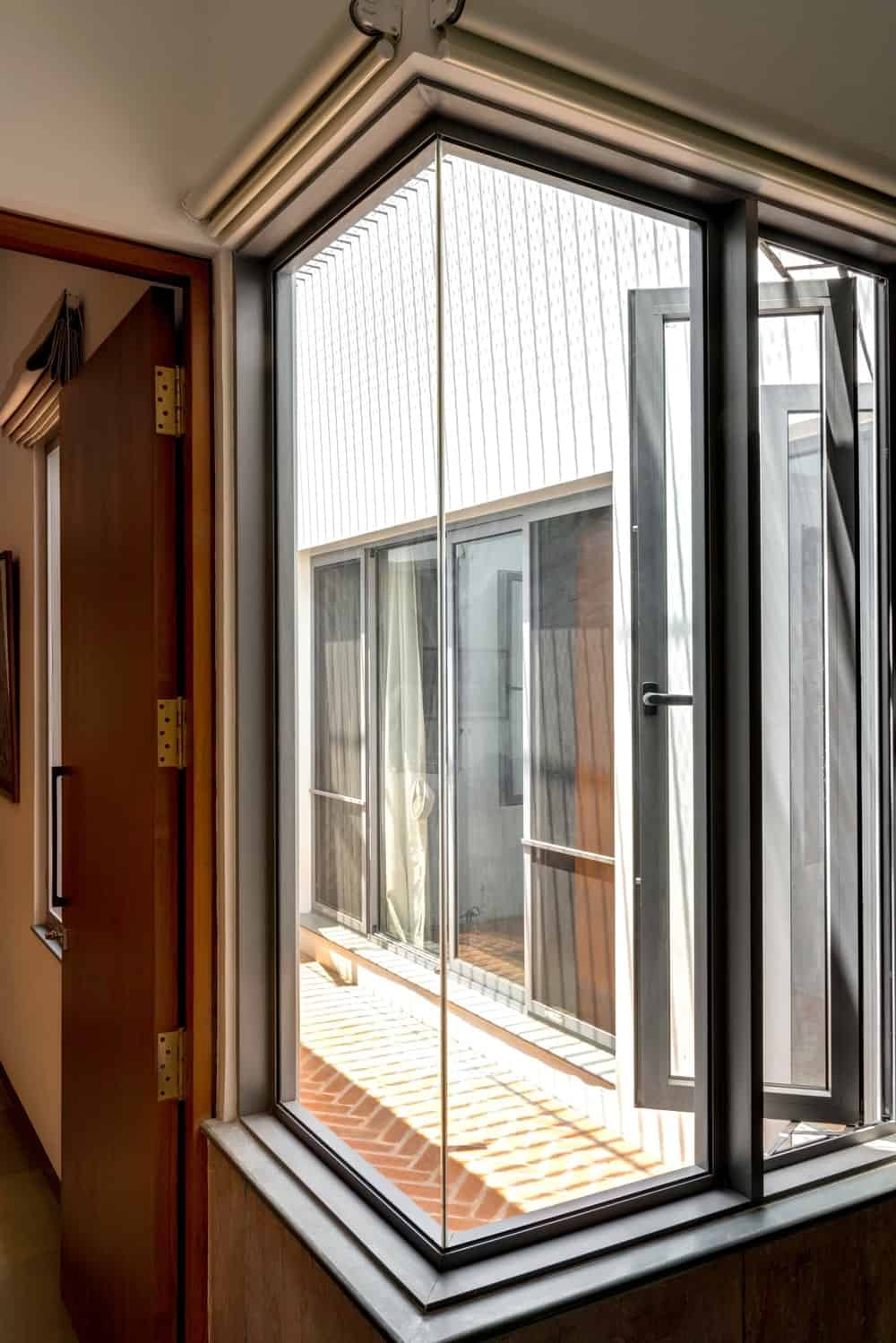 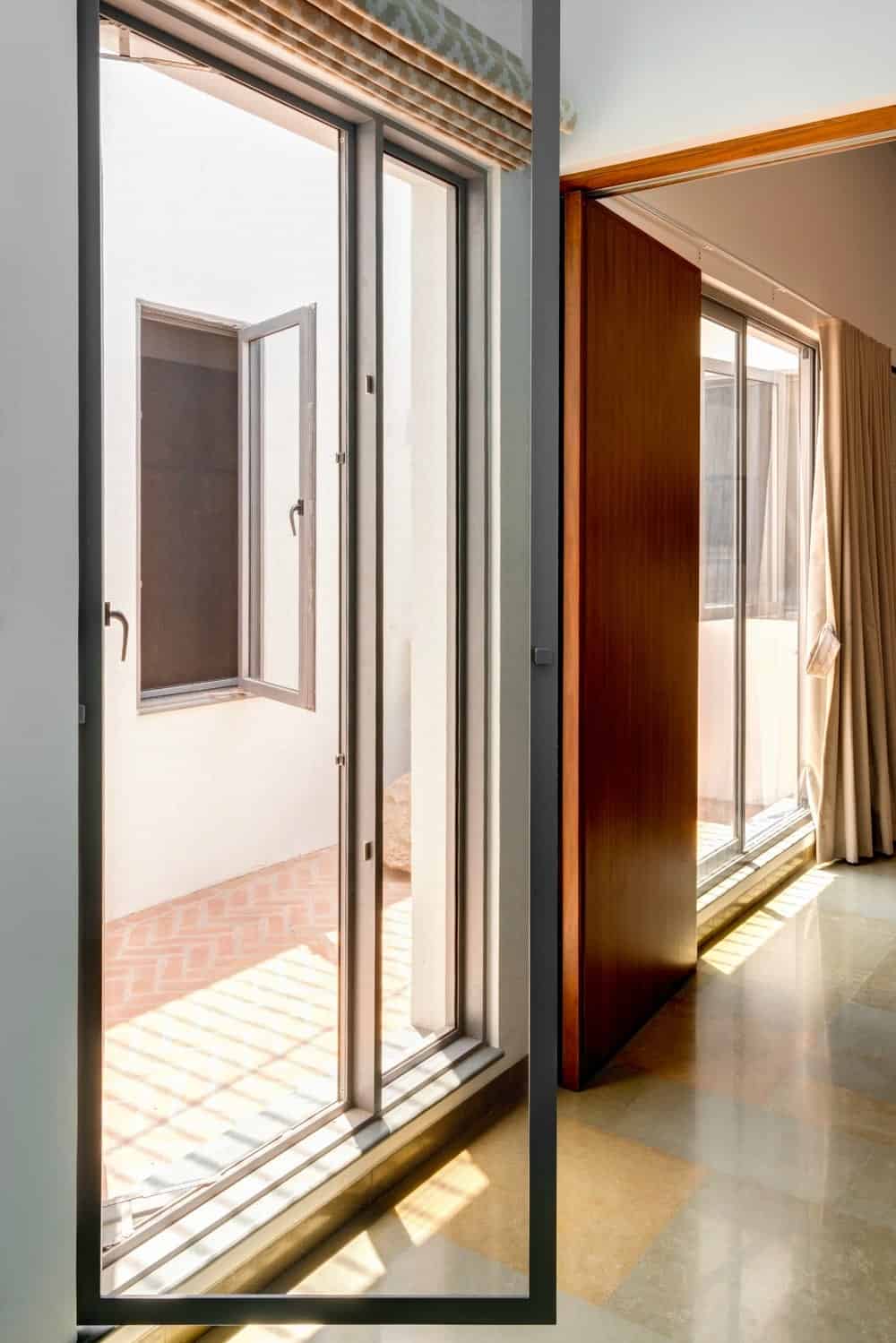 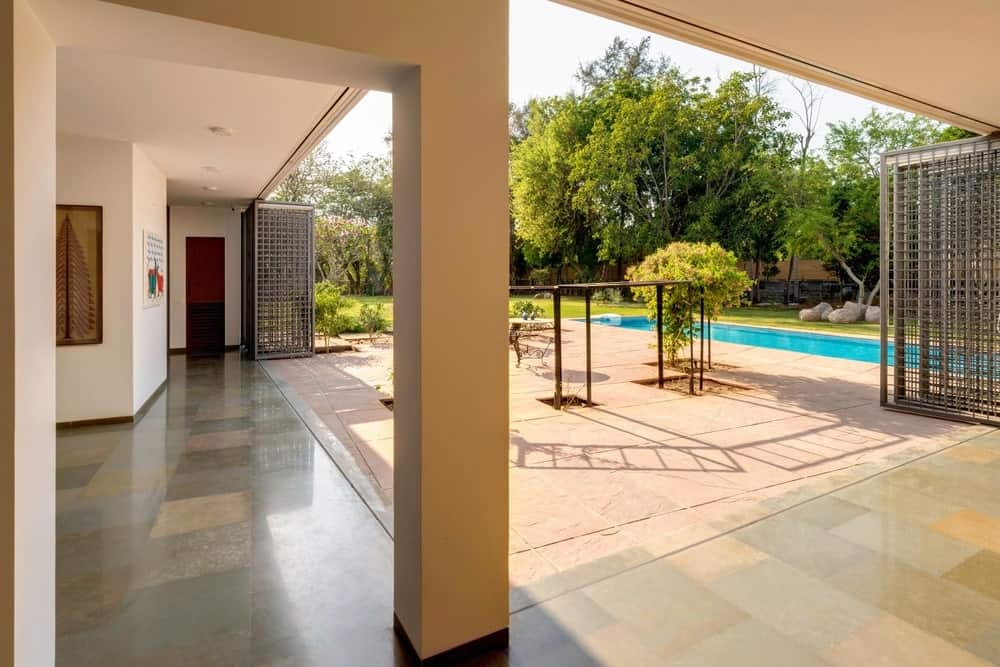 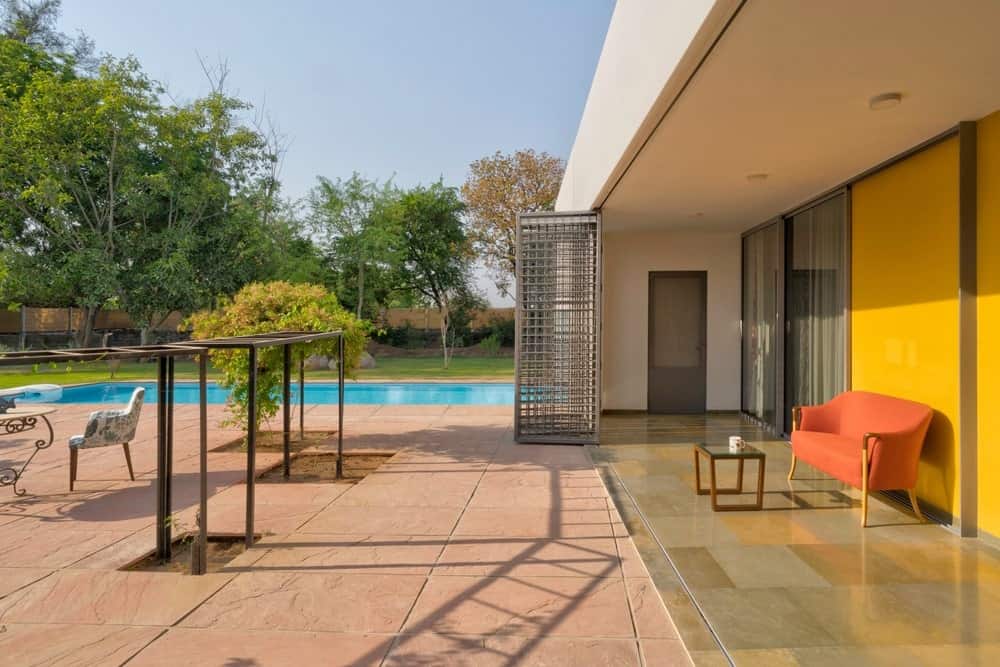 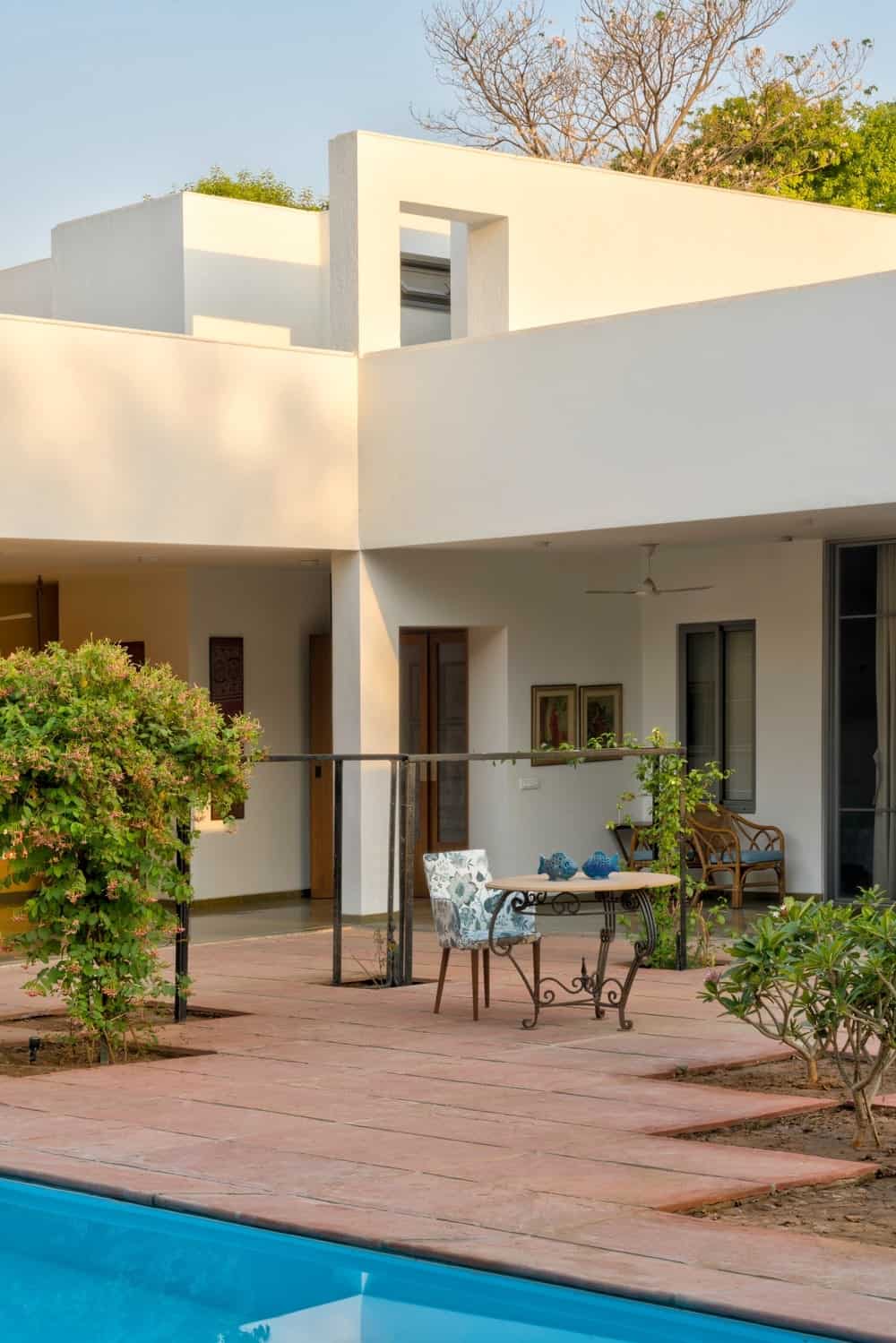 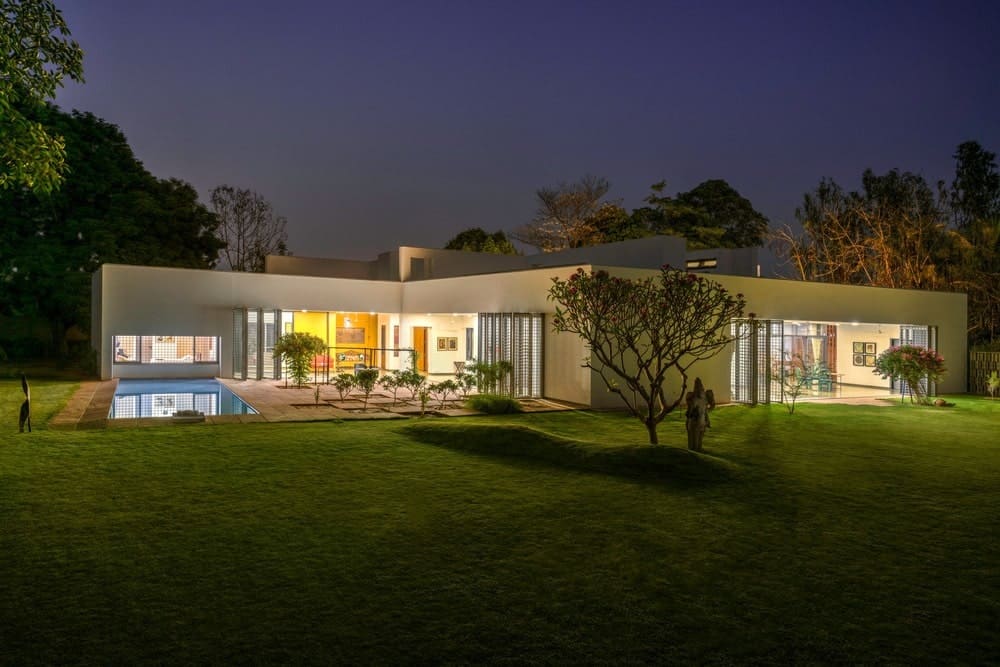 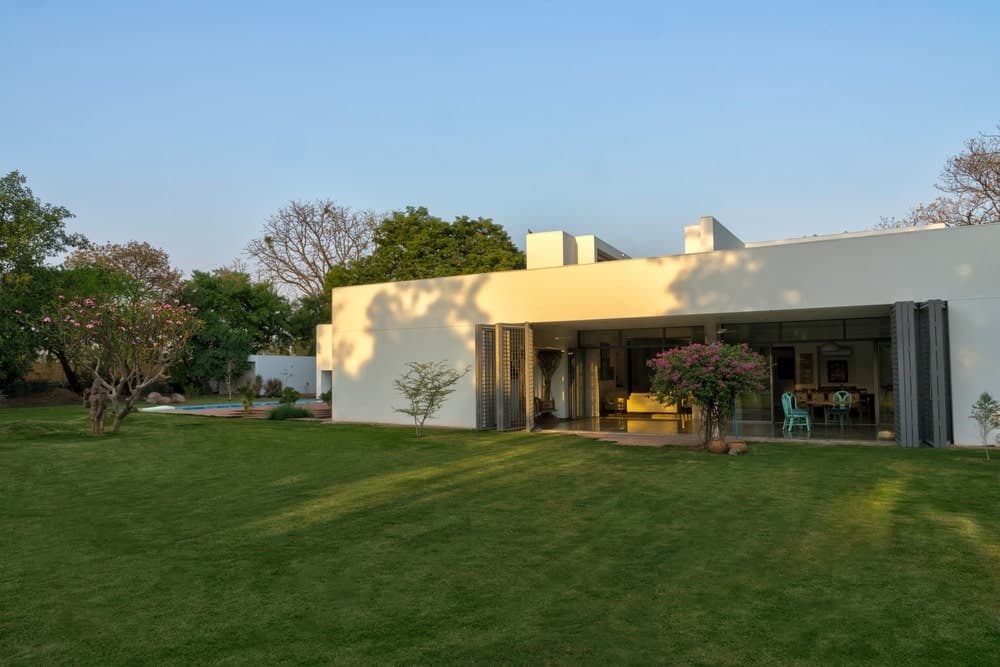 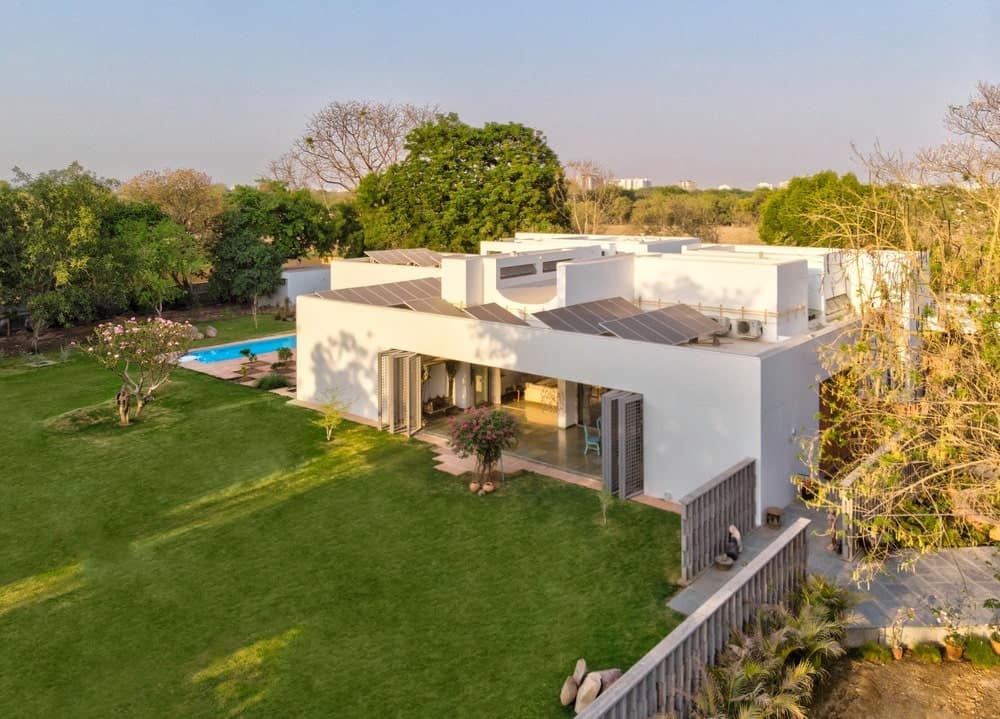 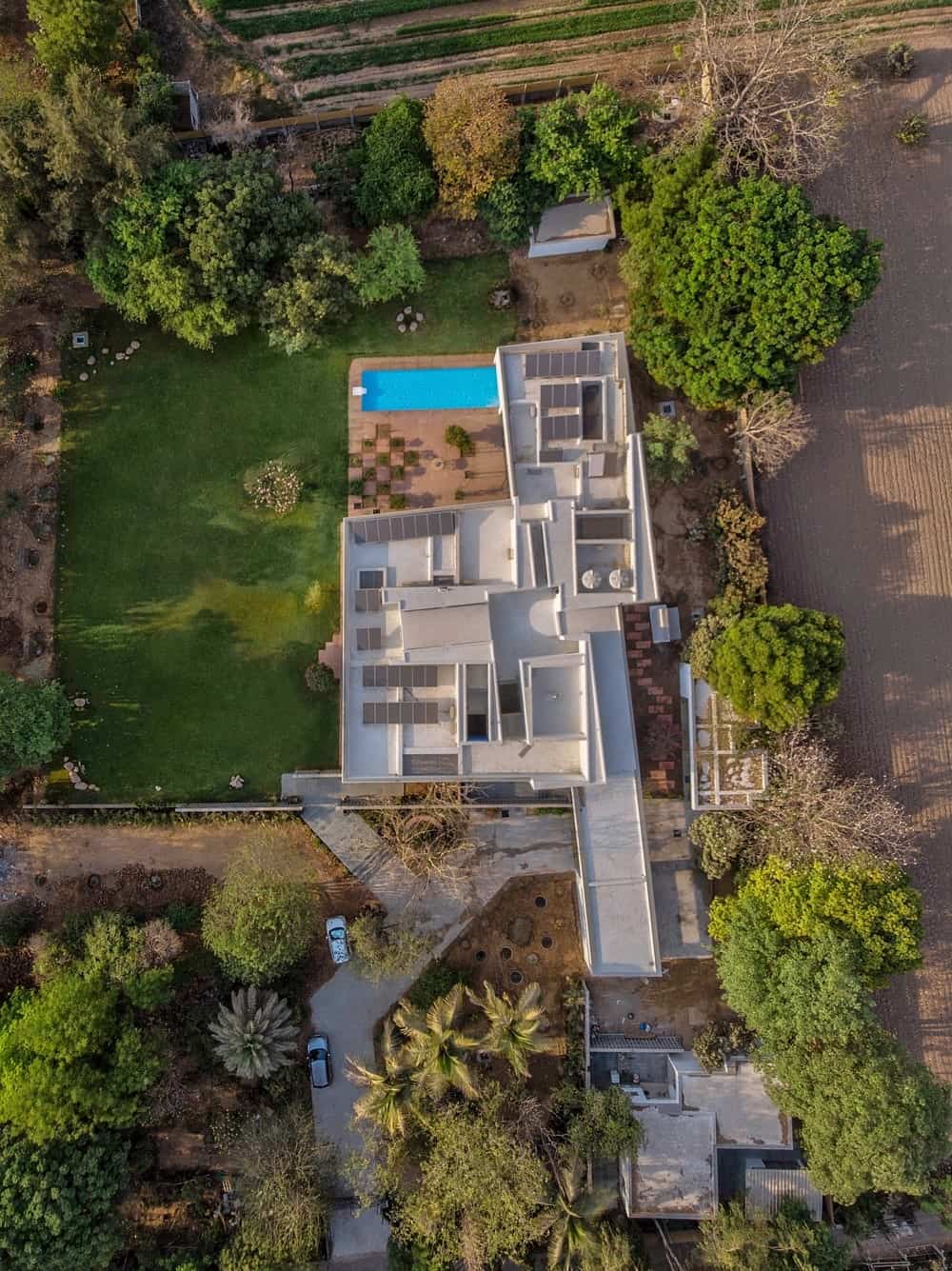 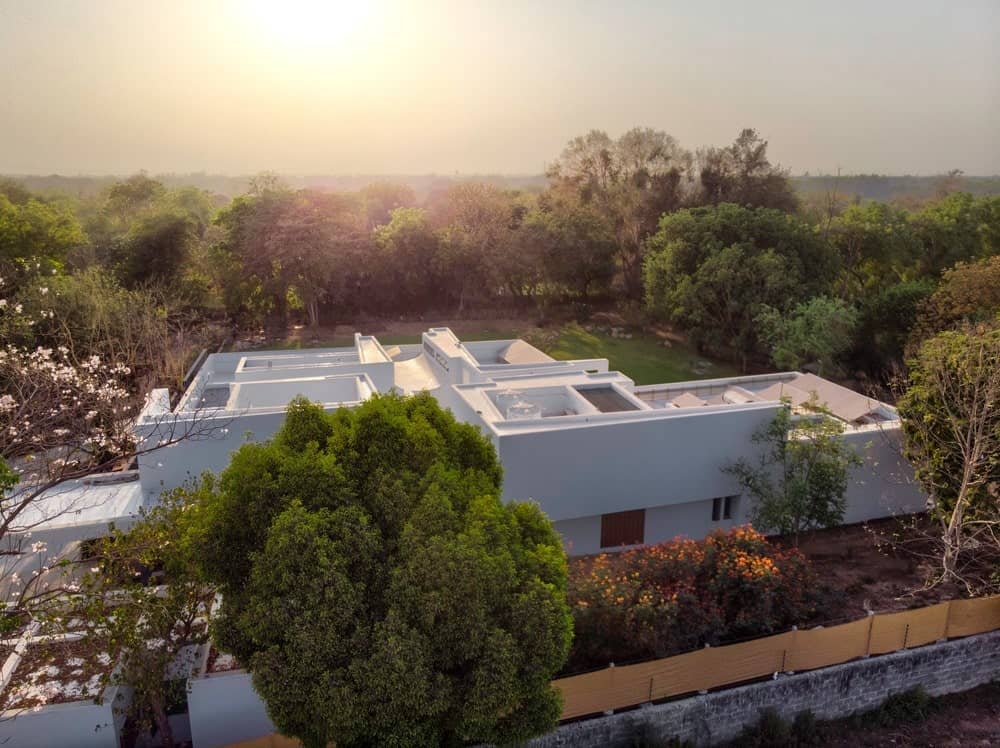 Squareworks, an Architecture and Urban Design practice focus on design and research on housing, public space/institution, and urbanism. Based in Mumbai, India and Tokyo, Japan, SquareWorks was founded by architect Katsushi Goto, who has an ongoing architectural practice in both these countries.

Squareworks aims at combining both design and research together, to open professional and academic discourse within the realms of Architecture and Urbanism; whilst keeping ‘drawing’ and ‘diagram’ as forms of knowledge as well as communicative tools. This approach not only supports design development but also questions the limits of professional practice within the current urban environment and city-planning process. Alongside this practice, Squareworks hosts a collaborative platform ‘SqW: Lab’, whereby creative professionals collectively explore the potential of drawing, as a tool to develop and disseminate multiple approaches of looking at architectural and urban space. https://sqwlab.com/

Katsushi Goto is a practicing architect/urbanist based in Mumbai and Tokyo and Director of ‘Squareworks’, a design and research firm. He studied Housing and Urbanism at the Architectural Association (AA), London. He has been participating in the BIENNALE OF PUBLIC SPACE 2017 and 2019, Rome, presenting his research on “Public Library as an Urban Public Space” and at UIA Congress, 2017 in Seoul, presenting the research paper “Duality in Drawing – the potential of discursive drawing responding to the complex city”. His current research focuses on the domesticity associated with the materiality of an ideal family home and the intersection of politics of public domain and interior urbanism. He is working as a Senior Assistant Professor at Meiji University, Tokyo, to program and coordinate international workshops with seven institutions across South-East Asia. He is also a visiting Associate Professor at CEPT University, Ahmedabad, India.