The mirror is an integral part of the home, and of our daily lives. Our reflection can dictate how we feel that day, it can transform a space, as well as our perception of ourselves. While the Greek mythological story of Narcissus reminded humans in antiquity of the dangers of seeing their own reflection, (though metaphorically speaking) this did not deter humankind from desiring and improving means of self-reflection.

The mirror has many purposes today, including in the field of science and tech, but its origins are of the utmost fundamental human trait, curiosity.

The first mirrors that we have archaeological evidence of were made in Turkey, dating as far back as 8000 BC [5]. The mirrors were made of polished black obsidian, a volcanic stone, and because of the weight of the stone, the mirrors remained small and handheld. Several of these obsidian mirrors were found at an archaeological site in Turkey, Çatalhöyük, one of the oldest sites of human settlement.

Being that Çatalhöyük is one of the earliest human settlements after a long history of a mobile lifestyle, it astounded archaeologists that mirrors would be present at such an early period of human settlement. For this reason, many believe the mirrors “were used in rituals by shamans or other religious figures” [11], or as a means of telling the future. This idea of ‘magic’ or otherworldly elements of the mirror would remain.

Later versions of the mirror made of polished copper and bronze rather than obsidian were found in Egypt, Mesopotamia, China, and India from approximately 4000 BC to 2000 BC[3]. The bronze mirrors of the Egyptians were round flat discs fixed with wooden, metal, or ivory handles often carved with the representations of different gods [6]. One of the most impressive examples of the bronze mirror is the Lighthouse of Alexandria (280 BC)[5].

The lighthouse contained “a large, curved mirror at the center that would reflect the light from a fire. This reflection appeared like a beam of light and would help guide those at sea back to safety”[5]. These early mirrors made from stone and crude metals would only reflect about 20% of light[4], and therefore the reflections created were blurry and distorted.

Mirrors became a popular luxury around the antique world and were often highly ornamental. Many early Roman mirrors were made of “speculum: a brittle, highly-tinned copper alloy”[finds], and often had a handle, and hammered ornamentation. The Romans of the First Century CE also invented early glass mirrors, but they soon fell out of fashion during the Middle Ages due to religious suspicions of dark magic.

The mirror for early Christians was viewed as a means for the devil to peer upon you from the other side of this mysterious glass. Therefore during the Dark Ages, many were fittingly in the dark of their own appearances.

How the Mirror Influenced Art

Exiting the Middle Ages, the Renaissance saw a resurgence of countless art forms that had been in a state of hibernation during the Dark Ages. One of these art forms was the resurgence of glass mirror making. The mirror, an art form itself also was heavily featured in other forms of art, like painting and drawing, either as an indication of wealth or as a means of creating an interesting perspective.

One of the most famous examples of this inclusion of the mirror in fine art is Jan Van Eyck’s 1434 painting, The Arnolfini Portrait[1]. The mirror in this painting is believed to serve several functions. The first function is possibly to display the wealth of the Arnolfini family, as mirrors during this period were extremely costly, and therefore reserved for the highest of society.

The second function is believed to act “as the record of a marriage contract in the form of a painting”[2], in other words, to visually indicate the witnesses of the union. The third function may also simply be a means by which the artist can assert themselves in the image. Like a signature, Van Eyck leaves a record of himself in the painting.

The fourth function is a flex of the artist’s strength when painting challenging perspectives. The convex mirror, popular during the Renaissance, reveals the space that would otherwise remain unseen in the painting. It plays with perspective and includes the artist within the framework of the painting. 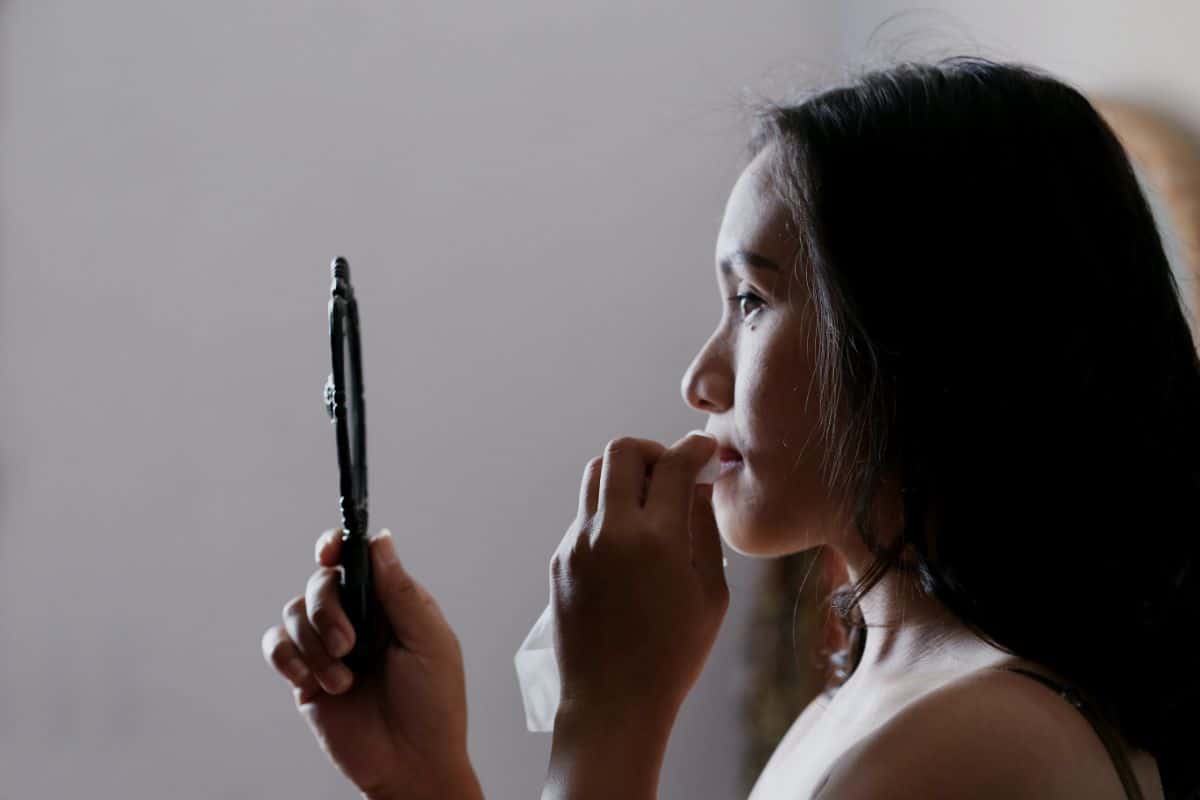 Mirrors in art from the Renaissance not only served to create interesting perspectives but also allowed for highly detailed self-portraiture, that previously would not have been possible. Parmigianino’s 1524 “Self-portrait in a Convex Mirror”[9] is perhaps the most evident example of this. The painting displays amazing skill in perspective and portraiture while the canvas takes on the physical shape of the convex mirror itself.

This painting epitomizes the significant connection between the mirror and the self in Renaissance society.

The Dawn of Glass Mirrors

While glass mirrors were invented by the Romans in the 1st century AD, It wasn’t until the 15th and 16th centuries that the Venetians began to master mirror making. The “Venetian masters invented the ‘flat mirror technique’”[7], a technique done by attaching a thin layer of tin or lead mixed with mercury to the glass. Another technique included using a blend of gold and bronze along with tin, where “objects reflecting in the mirrors looked much more beautiful than in reality”[7].

In other words; objects in mirror may be less beautiful than they appear. These Venetian mirrors incredibly could cost close to the price of a large naval ship[7]. Therefore the Venitian mirror was an item available only to the wealthiest in Renaissance society.

While the Venetians used a composite of tin, lead and mercury fixed to glass to create their mirrors, later mirror makers would use silver, thankfully as we now understand the toxic nature of mercury and lead in large quantities. This process called ‘silvering’ was invented by German scientist Justus von Liebig in 1835[8]. Silvering consisted of coating the backside of a pane of glass with liquified silver.

We still follow this silvering process in modern mirror manufacturing, however, more commonly the more affordable aluminum is used as an alternative to silver. 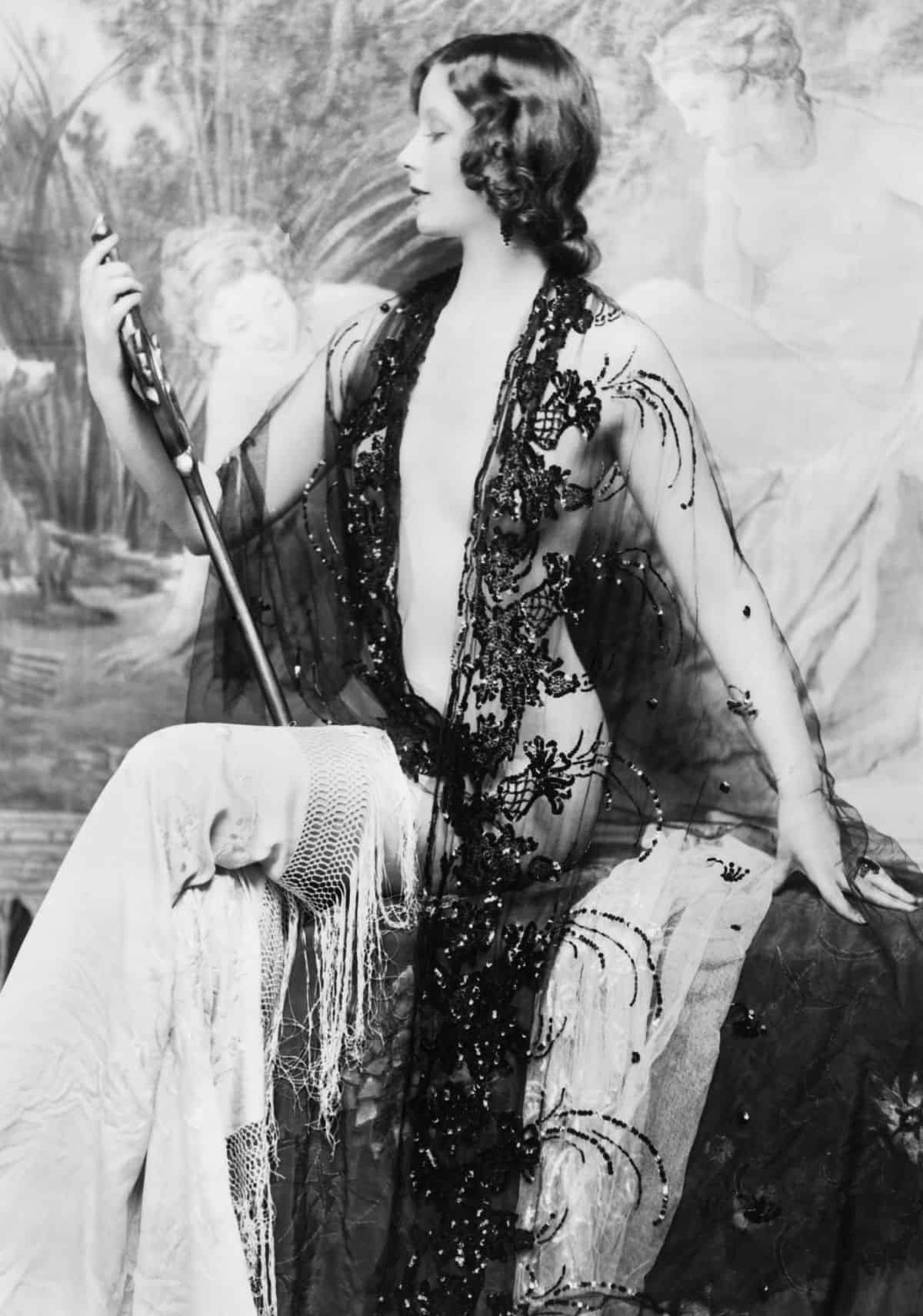 Because of the advancements provided by modern technology, extremely pure sand, or synthetic sand reduces the risk of impurities in mirrors. Earlier mirrors were often more flawed due to the impurities in the sand that could create imperfect glass.

Mass industrialization has also allowed all of this work to be completed by machines and algorithms rather than skilled artisans, therefore there is very little possibility for human error. 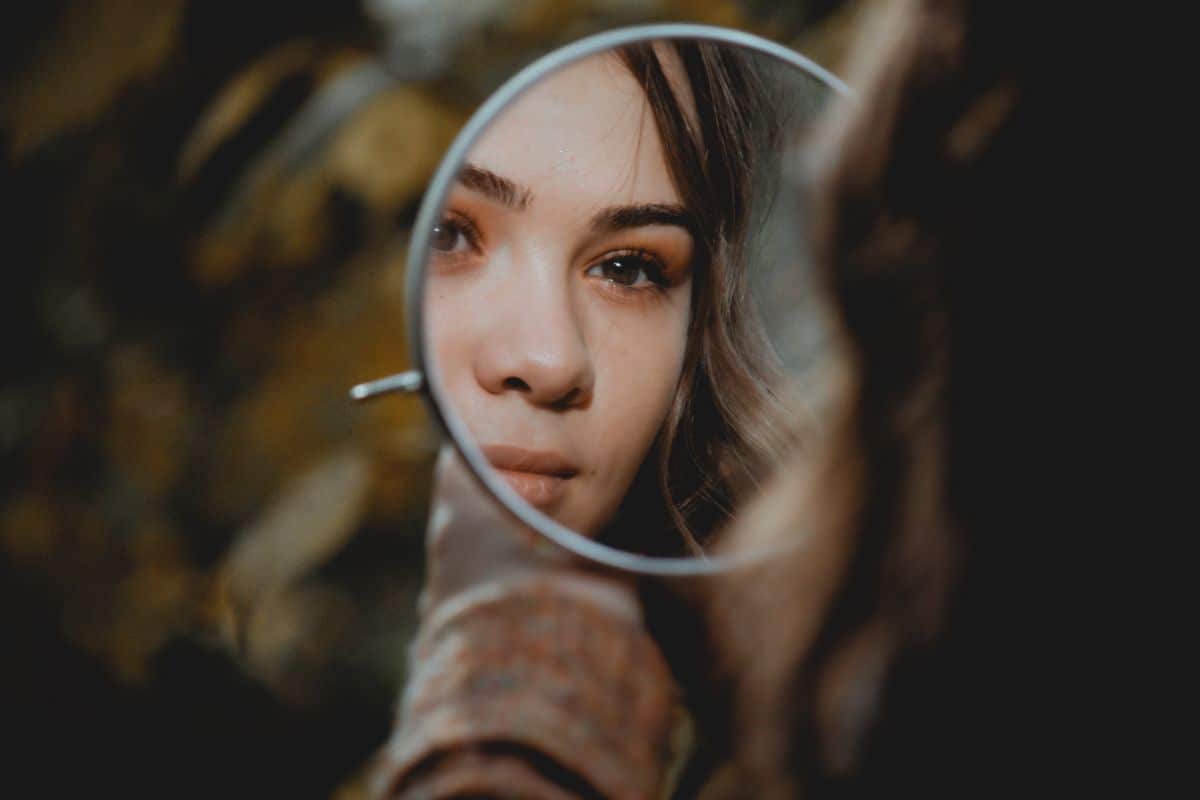 The Mirrors Influence on the Viewer

While the mirror is such a normalized almost second nature aspect of our daily lives, there was a time when we couldn’t view ourselves so clearly. Early humans before the invention of obsidian mirrors, as far as we knew would have to depend on a still pool of water to see themselves, disturbed by ripples. Even with early mirrors, our self-perception was blurred and skewed through the polished crude metals and stone.

As mirrors increased in clarity through the Classical Era into the Renaissance, so did our views of ourselves, and individualism became the forefront of modern thinking. Women as early as the 12th century would carry around early renditions of the compact mirror, fixed to chains around their necks, and worn like jewelry[7]. Our appearance had become more important than ever.

Before the invention of the mirror “we thought of ourselves as a part of a community. Our identity was tied up with the people we knew, the place we lived in”[10], but with the mirror, we saw ourselves as individuals separate from others. With the gradual availability of mirrors over time, the obsession with appearance would touch all, regardless of class and gender. 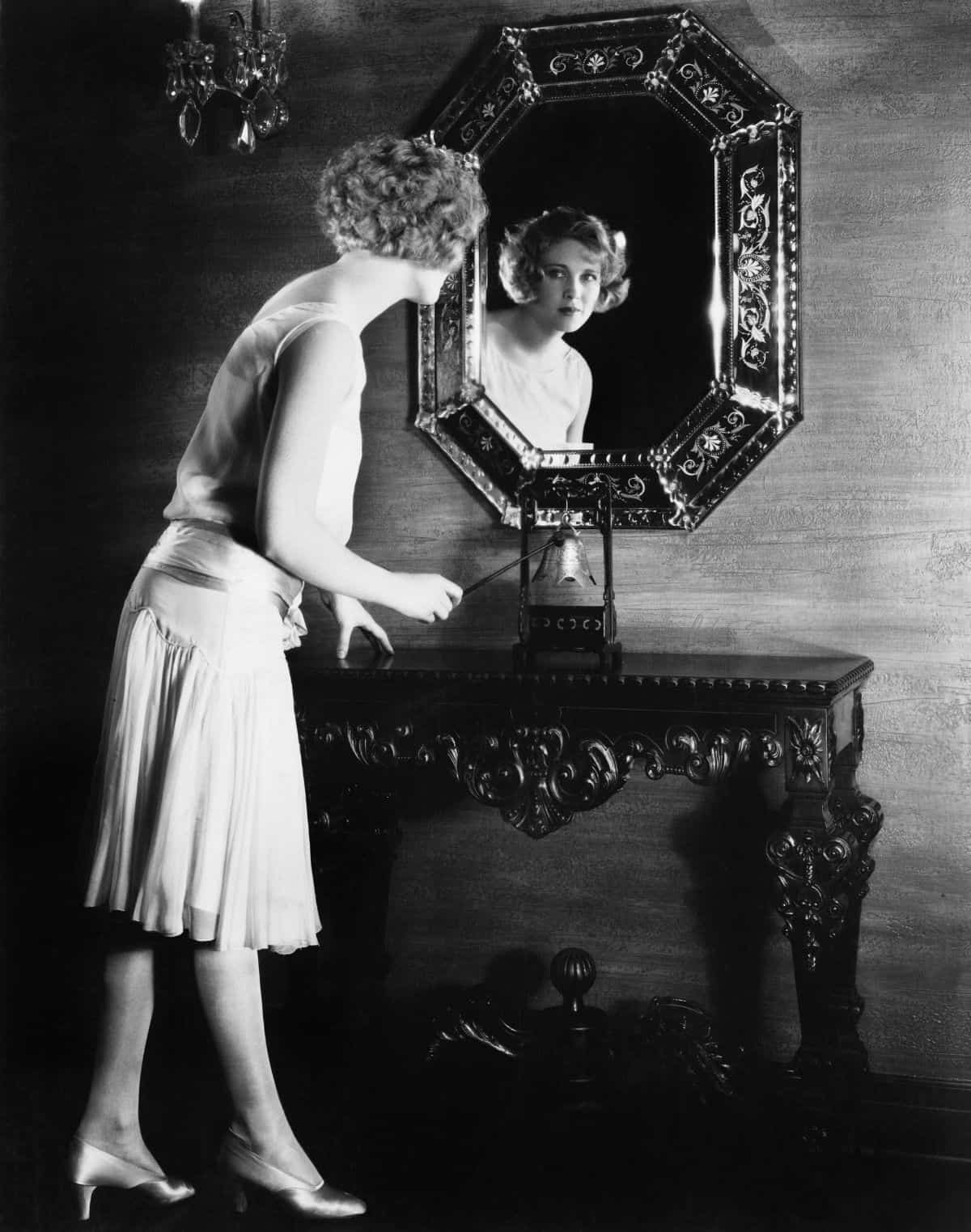 How Mirrors Are Used Today

Mirrors remained costly until mass production brought about by the Industrial Revolution made manufacturing more affordable and products more widely accessible. Therefore mirrors before this was an amazing display of wealth. The Palace of Versailles for example featured an opulent display of mirrors that would be an unassuming luxury to today’s viewers. 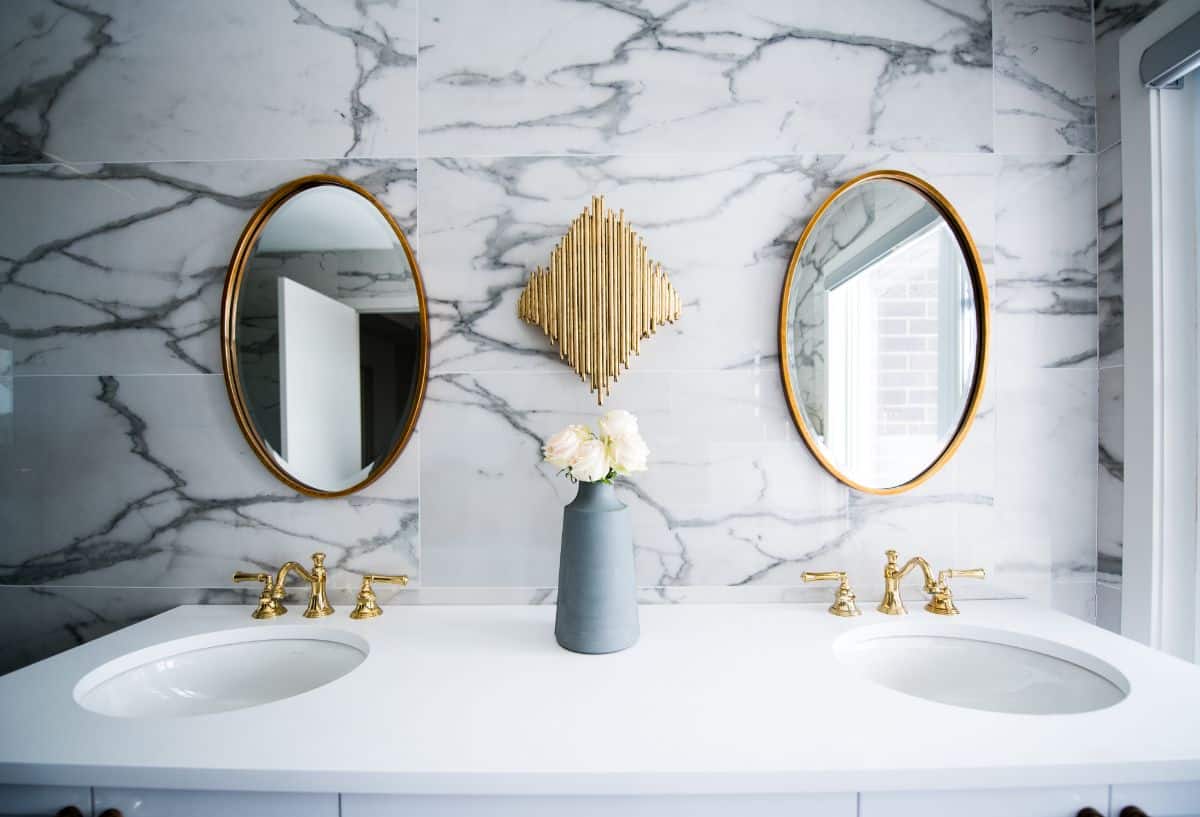 With mirrors now widely available they serve different functions. Mirrors more commonly now are used for utility, either in the closet for checking out your outfit, in the bathroom for your hygiene, or strategically placed in the living room to bounce light from a window or create an illusion of greater space. Mirrors can come in a number of different styles and designs and can be suited to fit any living space.

While mirrors have become an integral part of our daily lives, their extensive history and influence on human culture are hard to ignore.

6. Lowder, Stephanie. 2022. “The History Of Mirror: Through A Glass, Darkly – Bienenstock Furniture Library”

10. Sorrel, Charlie. 2022. “How The Invention Of The Mirror Changed Everything”.