If it’s not your air circulation causing all this dust to appear even though you’re now home all the time, it’s the sheer number of textiles that dust mites have to latch onto and/or humidity levels.

No matter what kind of home you live in, dust is the bane of your existence. And as someone who frequently traveled, and wasn’t the best housekeeper between chronic pain and executive dysfunction, I’d be loathe to come home from a long trip or while between vacuumings to find a patina of dust coating the floors and all those hard-to-reach surfaces.

Having lived in pre-war apartments with crappy ventilation my entire adult life, I found that they definitely accumulated dust and dirt SO much faster than the more modern and/or less dense housing my friends and family lived in. I chalked this up to the windows not being airtight and things from the outside just being prone to coming in, unlike the virtual airlocks seen in most suburban homes nowadays. But while I could understand the irksome cracking paint, the random bits of outside dirt wending their way indoors because you have to keep a window open since those insufferable radiators are utterly suffocating…the dust was the worst.

What’s really puzzling? I’M HOME ALL THE TIME NOW. There is nowhere to go but this dump until I get jabbed with the COVID vaccine, LOLSOB as I look at how a majority of the places the city’s health department seriously trusted with it are drugstore chains that mysteriously never have appointments and don’t do waitlists. And even with a vaccine, it isn’t safe to travel and see people often again just yet.

So if I’ve been nowhere but home for the solid past year and a half, where the hell is all this dust coming from?! How is my desk so dusty when I literally JUST wiped it down with a Lysol wipe the other day?

I had to investigate this matter further, because you may be equally puzzled as to why this is happening despite your not going anywhere either. 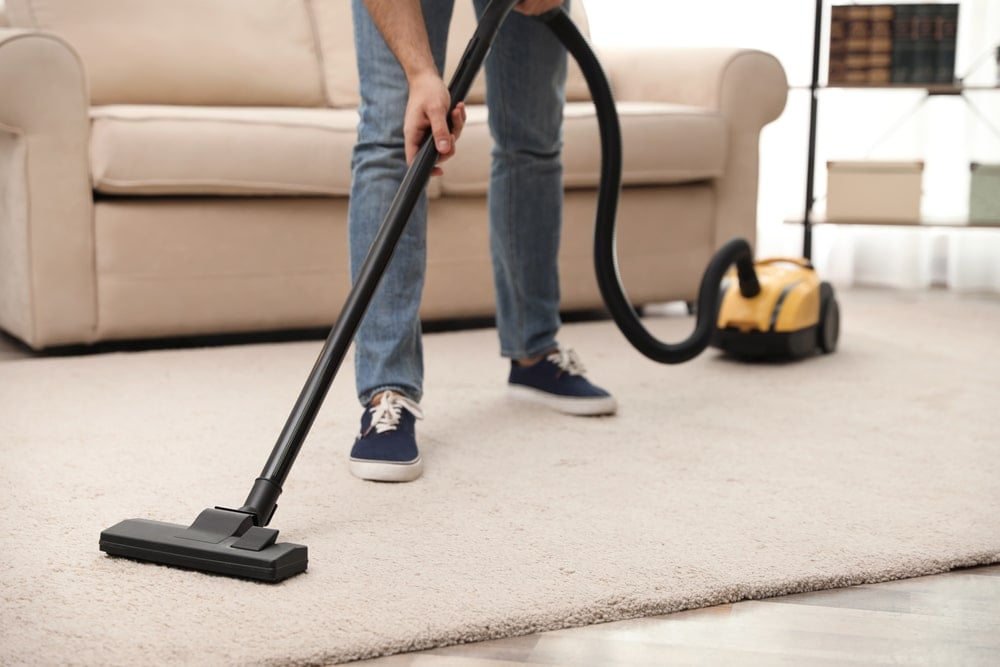 Oh, now I got ANOTHER reason to hate these annoying shits my condo board mandated.

Carpeting is annoying. It’s expensive, it’s a real pain in the ass to maintain. And it harbors dust mites, which keep producing all this dust to constantly clean.

Your home may have already come with it, whether you rent or own. If you’re looking to buy an apartment and not a house, whether you go condo or co-op you may have a mandate to carpet either the main room of your home, or a certain percentage.

My apartment came with these two giant, ugly area rugs that covered most of the floors. With no money or desire to install carpeting, and no time to swap them out for something cool-looking, I kept the rugs in place and figured I’d leave them for the next owner and they could dump or keep them.

Roughly half of the rugs are fairly simple to vacuum, but there’s this huge segment of carpet fraught with pops, snarls, loose fibers, and worn-down areas that stick to the vacuum head  because my swivel chair did a number on it over the years.

See also  The History and Rise of Pier 1 Imports

Apparently, running the vacuum over it is CAUSING more dust to appear by spreading potential new places for dust mites to go. 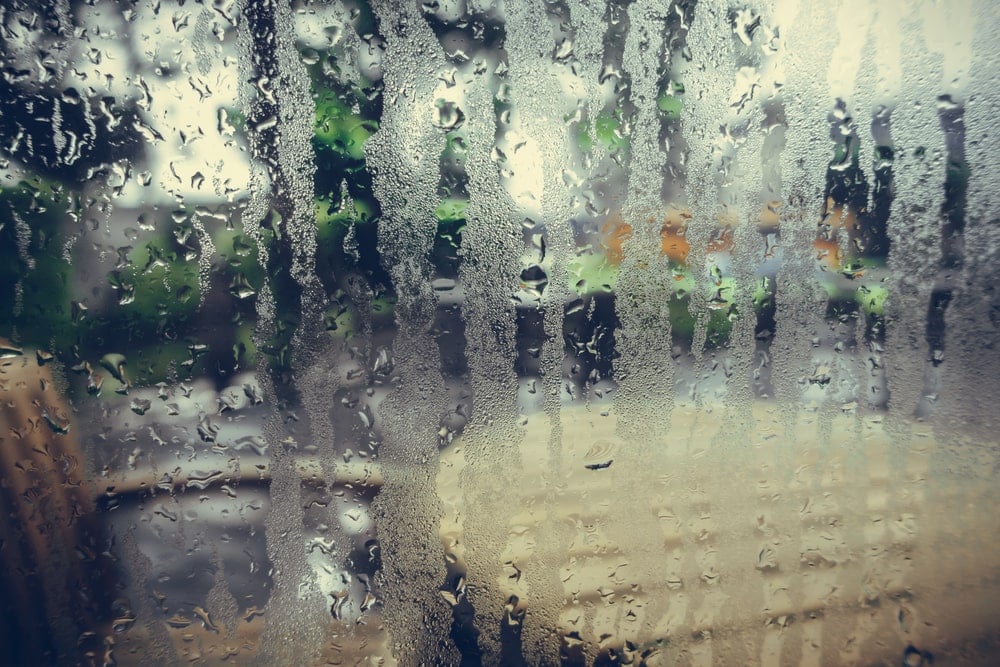 Lung.org says that humidity causes dust mites to thrive. But it is drier in here than a Trump Steak sitting on top of an actuary textbook in the middle of the frigging Sahara, and there’s as much dust in here as I’d come home to after being away on tour.

It makes no sense. My ENT has been yelling at me for years to use a humidifier in these godawful winters where the cold, dry air and suffocating radiators cause my respiratory system to dry up like a frog without water, and every time we have this conversation, I roll my eyes and say, “Are YOU going to clean it for me every day then, and prevent it from accidentally spreading mold?”

(Seriously, whoever invents a humidifier for people who cannot be fucked to clean it daily will become a billionaire, and rightfully so.)

Nonetheless, dust mites apparently thrive in high-humidity environments. The National Institute of Health says that running the air conditioner and a dehumidifier on dry days helps, as does opening the window for about an hour. SIGH, that last one is spoken by people who don’t have tons of precipitation and outside dirt coming in.

If you have exotic pets that need humidity, like toads and lizards, you’ll have to keep their needs in mind with the rest of your habitat where you’re trying to reduce overall humidity. But provided that you’ve jettisoned the carpets, hopefully it’s a good enough trade-off. 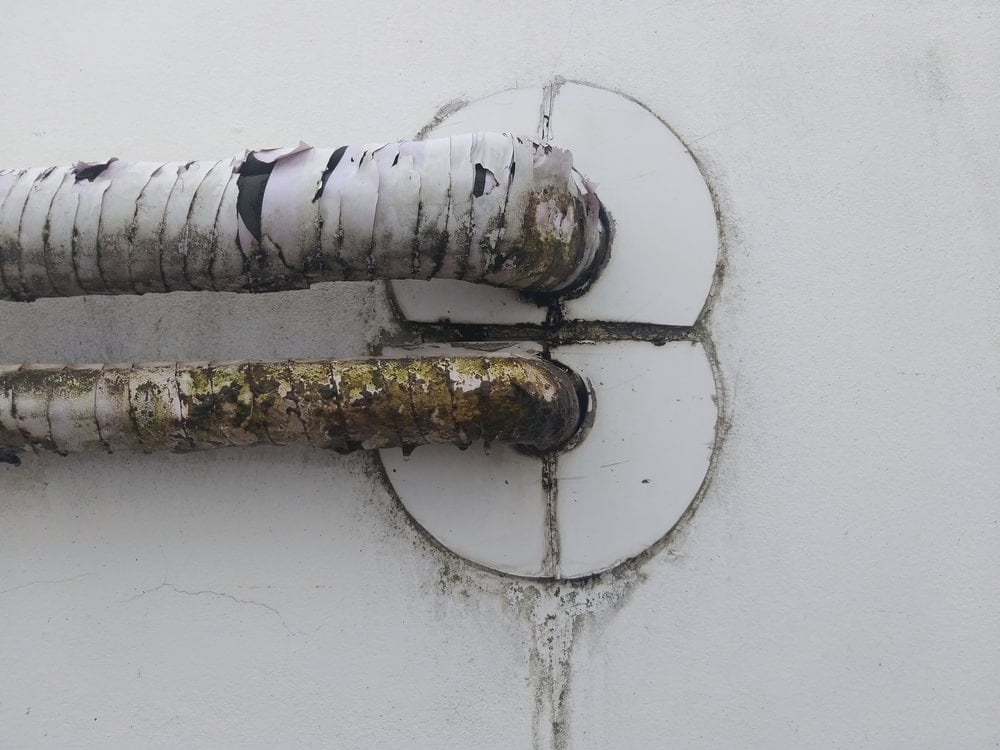 EnergyStar says that the average single family home loses about 20-30% of the airflow in a forced-air system because there’s leaks and other problems with the ductwork. Namely, unsealed joints between sections and holes and gaps around the fittings. An easy way to tell if you’ve got a leak is if there’s really hot or cool spots in your home, because the dispersion isn’t even. A sudden uptick in your energy bill can also be an indication that the system’s not running as intended, and needs to be checked out.

If you’re in an apartment building that uses a forced or central air system, you may unfortunately have less control over this. But it could be a culprit for why such a ridiculous amount of dust keeps accumulating everywhere, despite your being home all the time. Inefficient ducts are spewing it out like a college freshman at their first frat party.

Air Conditioning Filters Need to Be Cleaned, Changed, or Upgraded 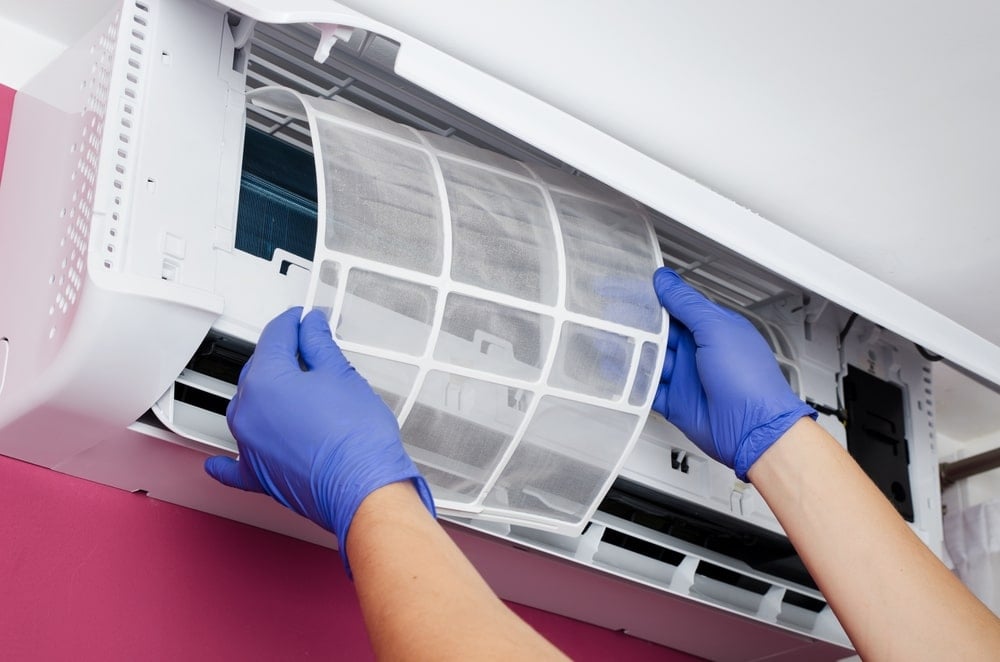 Cleaning air conditioner filters can be a pain, but it’s important to keep the coils in good shape, energy costs down, and also prevent those frigging dust mites from basically being the Duggar family. If you’ve got a standard or even large window unit, you just need to grab some microfiber towels and run the beast under the bathtub faucet, thoroughly drying it out before putting it back in the unit.

See also  Are coffee tables out of style? A close look at all sides of the issue

If you reside in radiator hell like I do, you’re probably running the unit all the time and now I think this is the culprit for why there’s just SO much dust everywhere I go. I’m running a big one all day and a little one all night in fan mode to make it more bearable in here, because these horrible devices were designed for the 1918 flu pandemic, not people living in a climate change era who now have to work at home and can’t concentrate because it’s suffocatingly hot, vacillating between sweating to death or freezing your ass like some Victorian orphan and this is why I’m selling the damn apartment–

Anyway, your AC filters could be overdue for a cleaning if dust is getting all over EVERYTHING. Plus, over time, those filters also break down and become less effective, letting more particles through than they would’ve in the past so you might need to change them entirely. Look up your air conditioner model and what kind of filters it’s compatible with. If you’ve got options for different ones you can use, go for something better than fiberglass which only has a MERV rating of 1-4. Get something with a MERV rating of at least 5-8, depending on what’s in your budget and compatible with your model.

Try to avoid pleated filters because those shits need to be changed far more often, and can damage your unit or cooling system since they get dirty so fast.

You Might Need to Change Your Bedding More Often 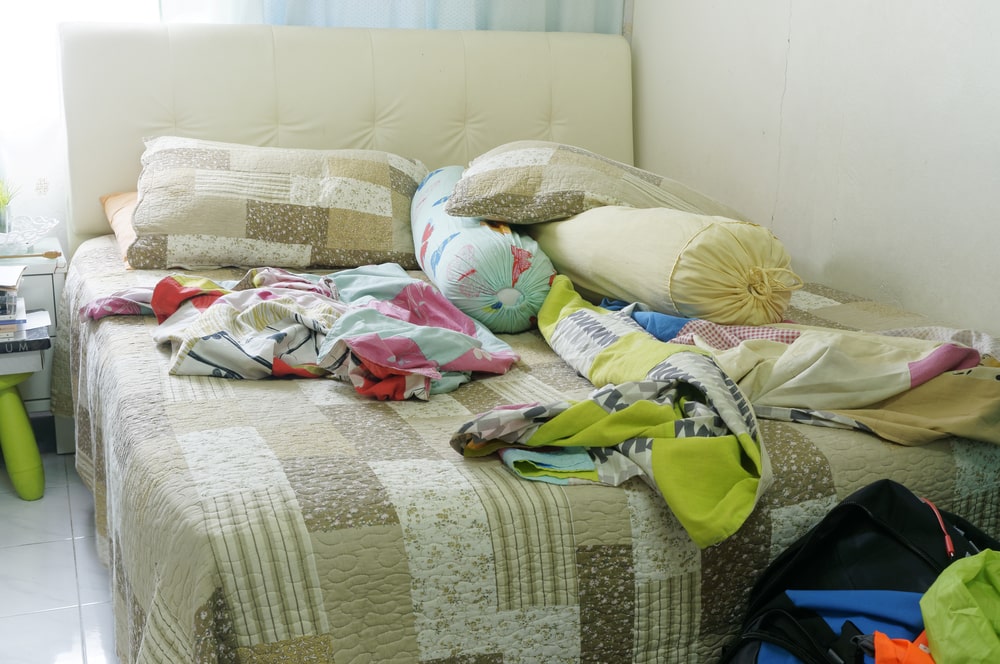 It turns out that huge amounts of fabric, particularly ones you romp and roll around in on a regular basis like your bed, are massive breeding grounds for dust mites.

They feed off of dead skin cells, which the American Academy of Dermatology says you lose about 30-40,000 of them per day. If you have seasonal eczema or contact dermatitis, it’s even more palpable and visible. But you also lose random bits of dead skin cells just in your average daily activities, like scratching itches, picking at pieces of your nails that come off, our hair comes out…

Beds harbor the brunt of it. Dust mites also love to feed on random bits of skin detritus that get trapped in couches, drapes, upholstery, and pet furniture like dog beds and scratching posts, but your bed hosts you probably more than any other furniture in your home. It sees you at your best and worst, and collects all those random pickings and fluids.

Your bed need not look like something from Dan Bell’s Another Dirty Room series before you do something about it. Just wash the sheets, blankets, pillows, and whatnot every 3-4 weeks, yes, even though it’s a major pain and you have to do the thing with throwing tennis balls in the dryer if you’re lucky enough to have laundry facilities in the house. If I get an in-unit washer and dryer, I’m SO downsizing my bedding collection. Storing an extra comforter in a 1-bedroom NYC apartment takes serious contortion, and now that I know I have to keep swapping them this often to try and keep the dust mites at bay? Pretty demoralizing.

So yes. If it’s not your air circulation causing all this dust to appear even though you’re now home all the time, it’s the sheer number of textiles that dust mites have to latch onto and/or humidity levels. I still posit that whoever makes a humidifier you never or rarely have to clean will deserve a frigging Nobel for it. Even moreso if it also kills dust mites!

See also  How Does Pet Insurance Work and is it Worth It?