Here we give a comprehensive look at mercury vapor light bulbs, their purpose, how they work, where they are used and a few frequently asked questions. 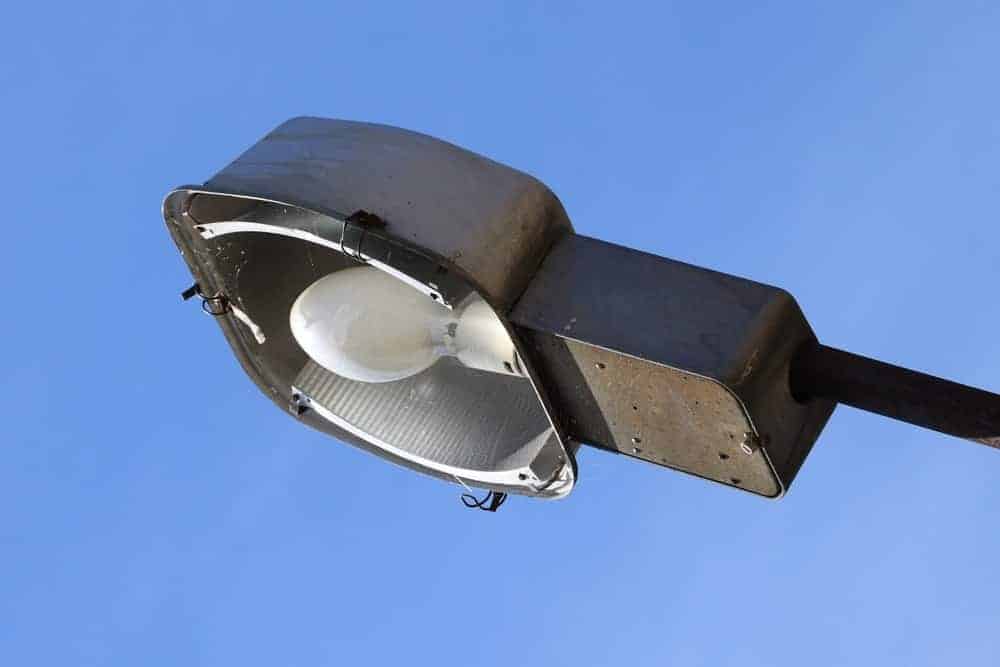 People tend to recoil when they hear the word mercury and for good enough reason. Thank goodness we finally know that radiation is bad (Rest In Power, Marie Curie), but there are safe ways to use its powers. This is proven with the mercury vapor light bulb!

This type of bulb is a crucial step in the adaptive journey of electrical lighting, and they are still in use today. More and more the mercury vapor light bulbs are being put out of use thanks to the extremely efficient LED light, but it’s still useful to know where they came from, and how they work.

Charles Wheatstone was the first to notice that mercury vapor emitted a spectrum of light in 1830, but it was John Thomas Way who put this knowledge to good use in 1860 by mixing mercury with air and added pressure to personally light his home. The mercury vapor lamp wasn’t patented until 1893 by Herbert John Dowsing. Needless to say, this bulbous beauty has been around for many many many decades.

There are two branches of mercury vapor lamp:

“T” Bulb: this kind has a self-extinguishing feature, so that if the outer bulb is every broken the light will shut off within 15 minutes to prevent any harmful UV rays from leaking for too long.

“R” Bulb: this kind does not have a self-extinguishing feature, and so its installation is restricted to fully enclosed areas where the bulb cannot be broken accidentally, and there are regulations in place so that people will not be exposed if the bulb does break.

The exposure risks are confused vision, headaches, nausea, and eye and skin burns. 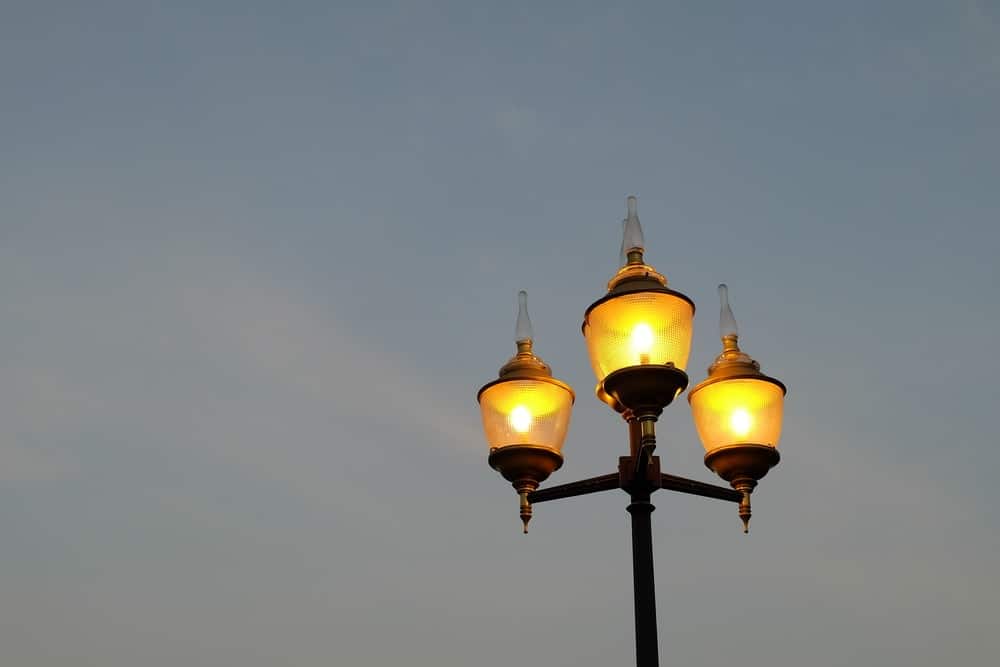 The mercury vapor lamp is in the category of the gas discharge lamp, these operate by an electric arc using vaporized whatever (in this case, mercury) to produce light. The mercury and argon is kept inside a quartz arc tube, which is surrounded by a wonderfully insulated borosilicate glass bulb. These are used for thermal insulation and UV protection.

We’ve got two main electrodes (this is an electrical conductor that allows a passageway between metallic and a non-metallic part of the circuit) a third electrode mounted nearby. Once power is applied, the voltage ionizes the argon first. Ionization is basically when a molecule or atom becomes either positively or negatively charged, by gaining or losing electrons due to a chemical change.

This happening creates an electrical charge! So once the argon is ionized, the now argon-gas will strike an arc between those two main electrodes and then the adjacent guy. The gas conducts the heat through the arc which the heats and vaporizes the liquid mercury. Electrodes are just pumping out a voltage which will then ionize the mercury gas.

Since mercury vapor bulbs are a teeny bit out of date, they are negative resistance devices — as the current increases through the quartz tube, the resistance decreases. This simply means that if the lamp is connected directly to a source that has constant voltage, the passing current will continue to increase in the bulb until it eventually destroys itself (story of my damn life).

This is why we have something called a ballast. It’s basically a voltage regulator, like how you can decide how much water you pressure you to want for a shower. Some mercury vapor lamps come equipped with a ballast, but others need to have an outer ballast installed.

Where Are They Used? 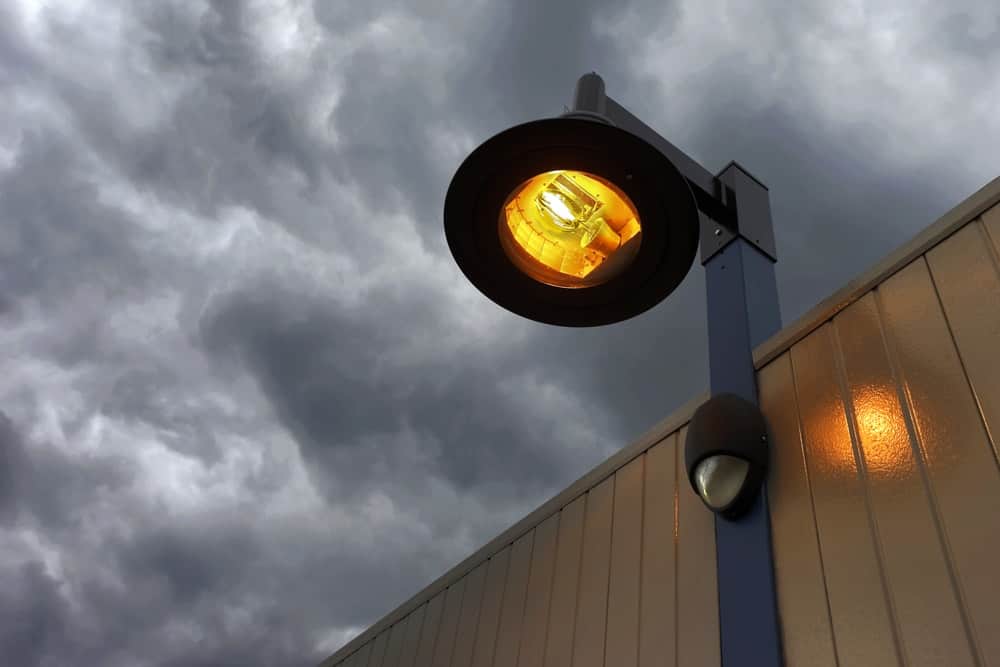 The color spectrum that mercury emits is slight if not entirely unflattering, and so these bulbs are usually restricted to factories, warehouses (poor amazon employees), streetlights, and sports arenas. They have a pretty horrendous bluish greenish swamp monster tint, something that I’m sure they use in Winners’ changing rooms just as a cruel joke.

They’ve come up with color corrected mercury bulbs to overcome this shameful hue, by adding phosphor to the inside of the borosilicate bulb, outside of the quartz arc tube. Phosphor emits a warm white light to offset the swamp monster tint.

They take about 4-7 minutes to warm up all the way but are relatively energy efficient. That being said, pretty much nothing compares to LED lights anymore. The mercury vapor bulb is becoming obsolete, which is honestly okay considering the complications that come from trying to dispose of something so hazardous.

Their lifetime is about 24,000 hours, which sounds like a lot! But it doesn’t when you do the math, because that only amounts to 2.7 years, which is almost embarrassing next to the LED’s lifespan of 25 years.

Not at all! They emit light in many areas of the spectrum, including visible and invisible to the human eye. This makes them a polychromatic light source.

Where can I buy a mercury vapor lamp?

At all kinds of home and hardware stores. Home Depot, Lowe’s,  on Amazon even.

How does a mercury lamp work?

It’s a gas discharge lamp — so by ionizing argon and mercury, this electricity source emits light.

How do you dispose of a mercury vapor lamp?

If properly recycled they can be non-hazardous. If you’re unsure, bring them to your local recycling depot and they’ll take care of it for you.