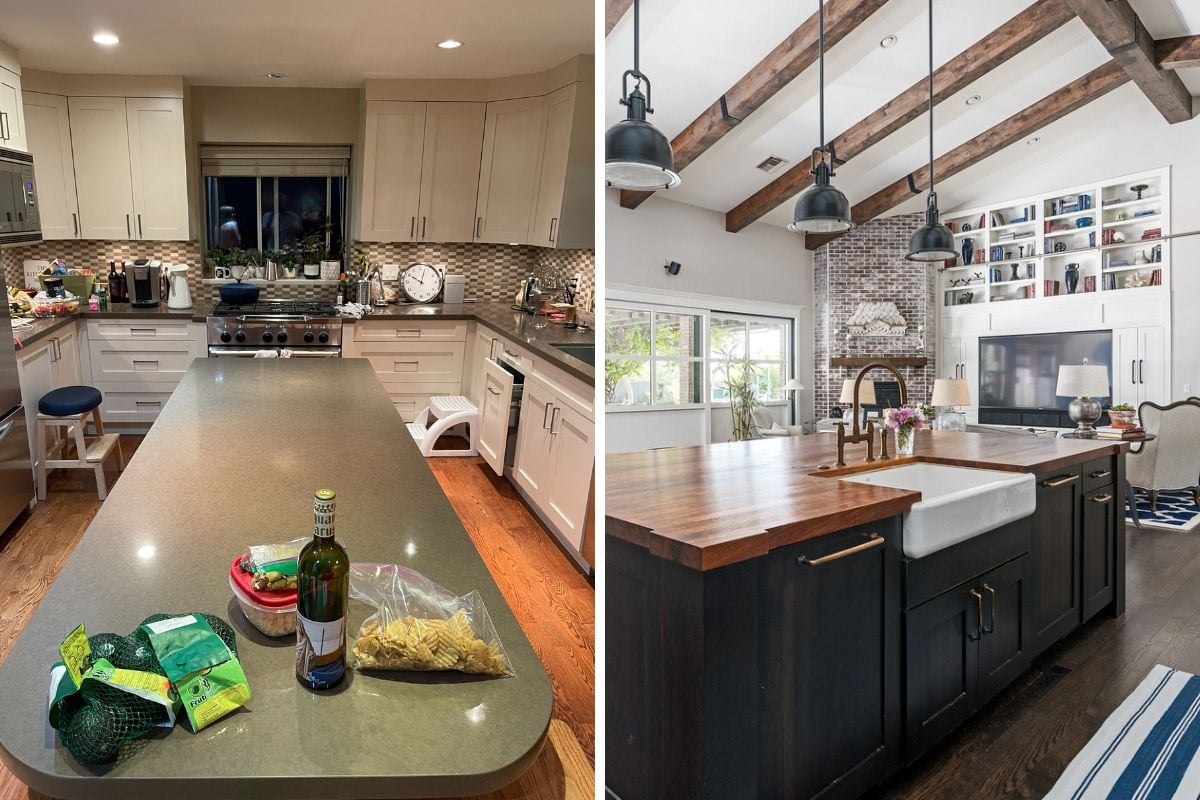 Our kitchen is the one on the left side with no sink. The right-side kitchen island is similar to what we had in the past (I don’t have any photos from back then if you can believe it). Don’t let my amateur photo dissuade you… the right side photo is better quality but believe me, when I say not having a sink on an island is the way to go.

Two houses ago we had a spectacular galley kitchen with one long, massive kitchen island with a sink.

3 weeks ago we moved into a new house with a large kitchen island with no sink.

I now know firsthand the pros and cons of having a kitchen island with a sink.

My preferred kitchen island is one WITHOUT a sink

Like I said above, I’ve now had both types of kitchen islands – one with a sink and one without. Without a doubt, I much, much prefer my kitchen islands to be sink-free.  It has nothing to do with aesthetics. It’s all about function and when it comes to kitchens, function reigns supreme.

There are several reasons I prefer sink-free island. They are:

It’s the ideal smorgasbord location: We entertain regularly.  99% of the time we put out the dishes in the kitchen so people can help themselves.  Last weekend was our first dinner party in our new house with a sink-free island. We had 11 people over.  We put all the food on the island.  It was perfect.  People could access the food on both sides of the island.  It was clutter-free.  It looked fantastic.

While some folks might think it’s good to have a second sink on a kitchen island, I don’t agree 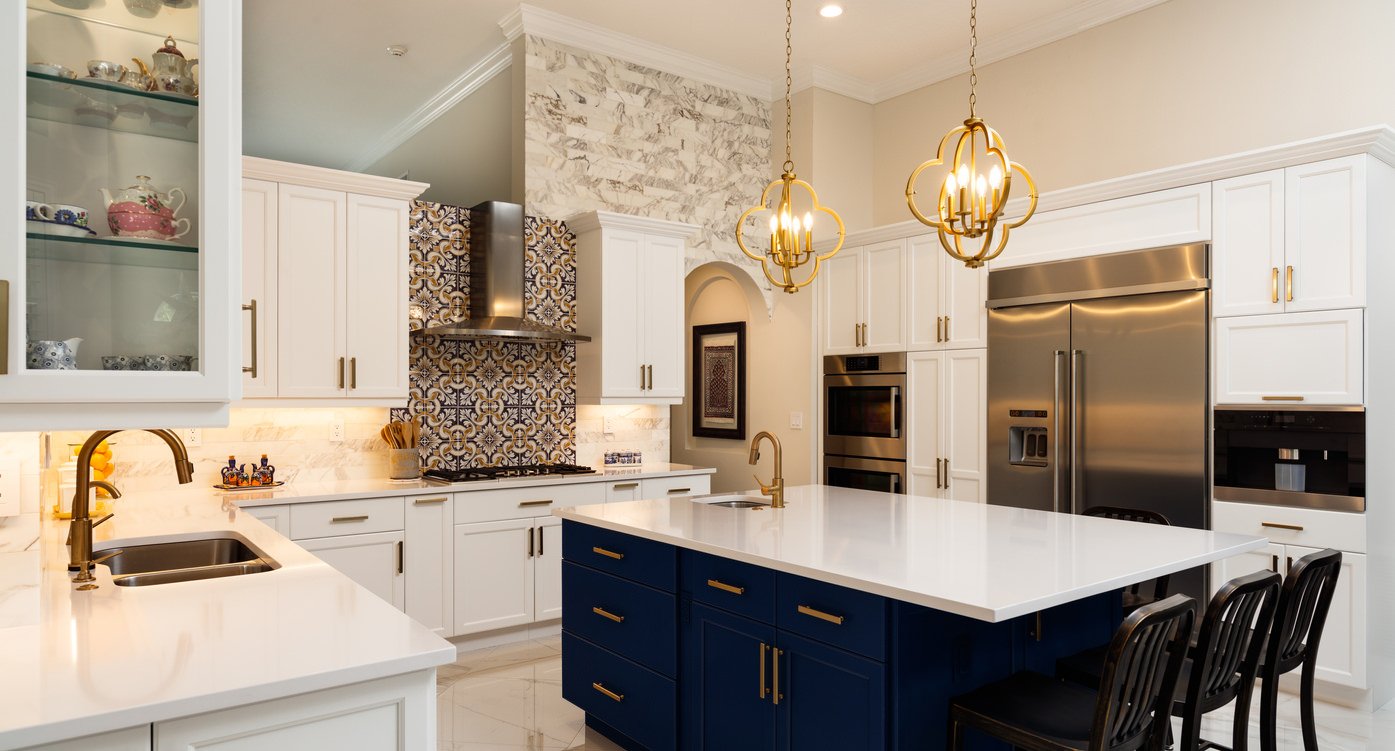 Here’s an example of a kitchen with a second sink on the island. Actually, if I were to add a second sink, this is the way to do it. It’s small and on the end leaving plenty of counter space… but still, I prefer having the extra counter space.

If one is great, two is better, right? Nope.  Not always.  Yes, one sink is a necessity in the kitchen but two isn’t going to make your kitchen all that much better.  I can tell you right now that I’d rather have clear counter space on my kitchen island than a second sink.

Our kitchen isn’t one of those massive kitchens some houses have. It’s sizeable but not even close to so big it warrants a second sink somewhere. I don’t think I’d want a kitchen that big.  Sounds like too much of a hassle just to get around.  We host plenty of parties but it’s not like we have 100 guests over for balls regularly.

In my experience, the most valuable space in a kitchen is counter space

Think about how you use your kitchen. Do you work on the counter or in the sink more often? Okay, if you don’t have a dishwasher, you might put more time in at the sink but most kitchens have a dishwasher.  I work on the counter and need counter space far more than I’m at the sink.  This means having more unobstructed counter space is more important than another sink.

IMO, nope. Not one bit. What does it matter whether a sink is on the island or on the counter.  That said, we do have a photo gallery of kitchen islands with sinks here. Check it out.

In fact, having a sink on your island can make your kitchen look uglier 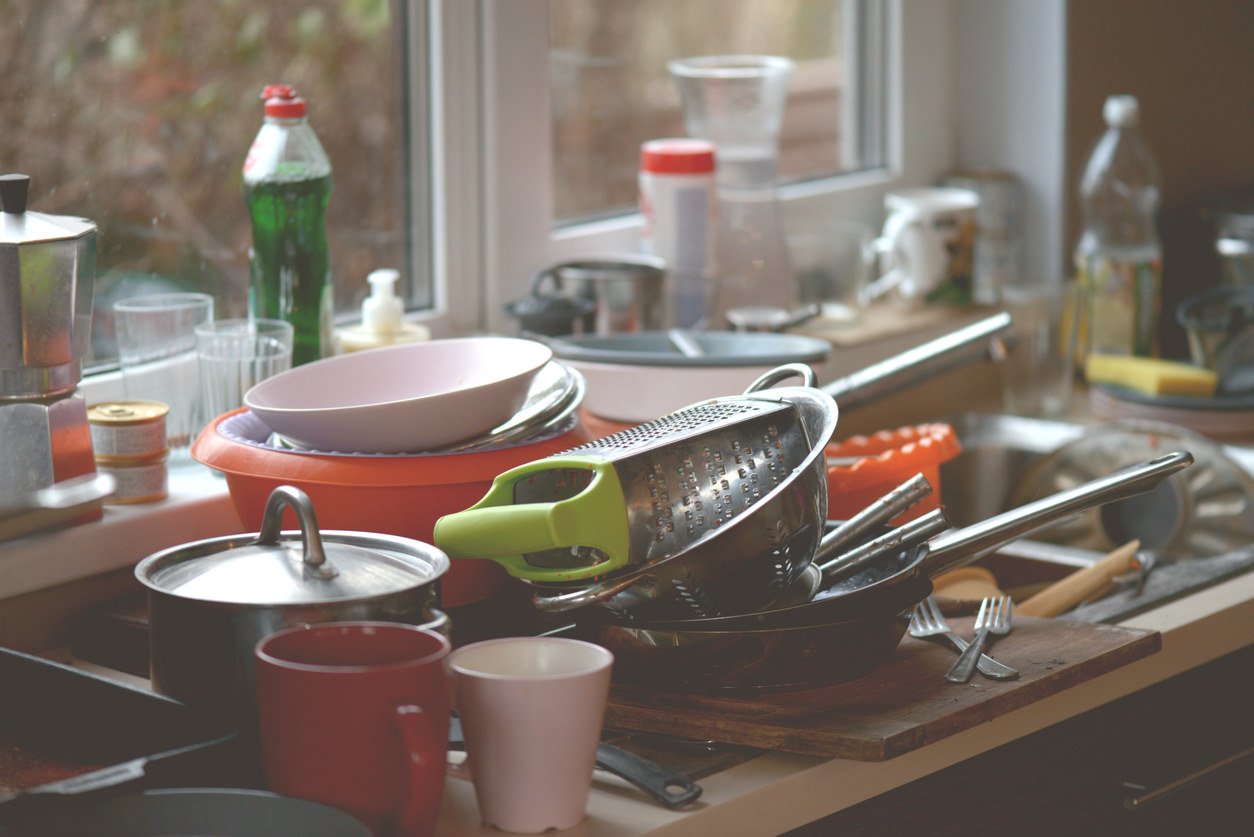 Okay, in a perfect world this would be cleaned up but sometimes that doesn’t happen. Do you want this front and center on your island or off to the side on the counter?

In fact, spaces around a sink usually get cluttered up with dishes.  Islands are often the most visible space in a kitchen.  Put those two considerations together and you end up with sink clutter being the most visible part of your kitchen. Nobody wants that.

At the end of the day, it boils down to personal preference

This is not one of those “you’ll ruin your house’s value” or make some awful mistake decisions.  It’s actually pretty minor in the big scheme of things but if you’re planning out your custom kitchen, this is a decision you’ll need to make.  I thought since I’ve had both kitchen islands I should weigh in.

My preference: no sink on the island.