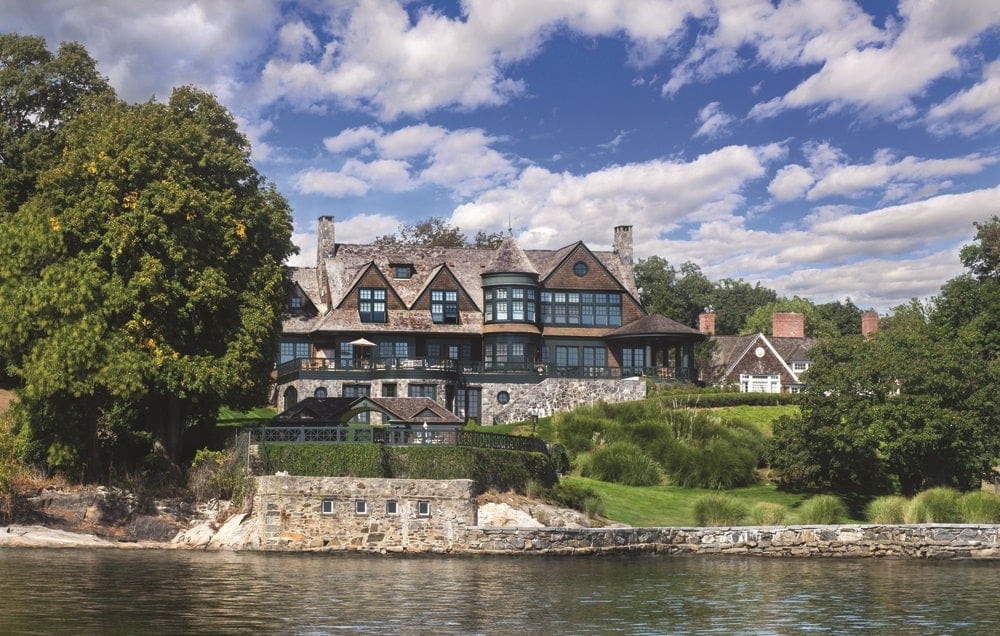 Rye Mansion is sited on a historic 4.5-acre peninsula that once served as the landing for the Oyster Bay-Rye ferry. This mansion in Rye, New York is now on the market priced at $22 million.

The mansion is measured at 10,441 square feet with six bedrooms, nine bathrooms, a family room, an open galley library, an antique French staircase, a formal dining room, a wine room, an expansive deck, and a two-sided dock with a large sunning platform. The house also boasts of a pool, an eight-person spa, tennis courts by the water’s edge, a restored 19th-century bathhouse, and a three-bay six-car garage.

The historic Rye Mansion that has direct ties to the Oyster Bay-Rye ferry is listed by Julia B. Fee of Sotheby’s International Realty.

Well located on Long Island Sound, Rye is mostly single-family homes, parks, and conservation areas with very little business or retail. About 30 percent of its working residents commute to New York City for work and buy the town’s million-dollar homes.

Located on a historic 4.5-acre peninsula that once served as the landing for the Oyster Bay-Rye ferry, this 10,441-square-foot mansion has six bedrooms, nine baths, and is sited on a high elevation with views over Long Island Sound reaching to Manursing Island. It’s a perfect spot to watch 4th of July fireworks from Rye’s historic Playland amusement park from the expansive deck that hosts parties for as many as 200 guests. For those who love being on the water, it has 1,100 feet of shoreline and a two-sided dock with a large sunning platform.

The interior has an architecture designed by renowned architects Shope Reno Wharton including rustic stonework, imposing columns, coffered and domed ceilings, cherry and mahogany millwork, barrel ceiling, and cove lighting over the central hallway and a family room with open galley library above accessed by an antique French staircase.

Grounds include the outdoor pool, an eight-person spa off the deck, tennis courts by the water’s edge, and a restored 19th-century bathhouse. There is also a three-bay six-car garage with carriage house doors. For more information.

Rye, New York waterfront mansion on a private peninsula with 1,100 feet of shoreline and formerly the site of the Oyster Bay-Rye ferry is now for sale at $22 million.