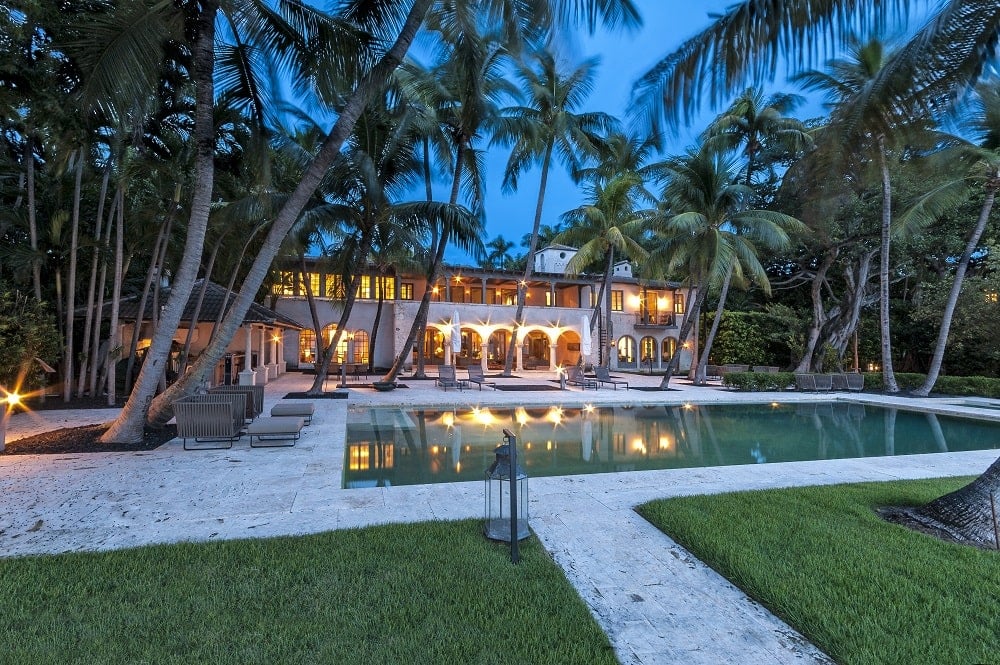 World renowned musician and singer, Phil Collins is selling his mansion in Miami Florida for $40 million. Find out about the mansion and the stories only the walls can tell from a home built in 1929. Learn more about the famous owner, Phil Collins who has entertained audiences for decades.

For decades the entertainer Phil Collins has shared his music with the world. He has his 10,769 square foot mansion in Biscayne Bay in Miami, Florida, up for sale on the market for $40 million.

This 10,769 square foot, 1929 Old World Spanish-style Mansion sits on 1.5 acres, has a gated entry, 184 feet of waterfront property from Biscayne Bay, a vast pool, spa, a 6,000-gallon koi pond, boat dock, summertime kitchen and cabana, and the most beautiful sunsets Miami has to offer from the skyline. This place is considered to be the ideal planted tropical paradise.

Inside the main house, there are six bedrooms, nine bathrooms, a chef’s kitchen, a gym, and arched arcades. When in the primary bedroom, there is a custom walk-in closet. Another feature is the two-story rotunda foyer. An elevator leads up to the second floor and a wine cellar included in the mansion.

One important notation of the many people who owned the home, Jennifer Lopez also had the mansion from 2002 to 2005. When Collins moved to Miami Beach, he purchased this iconic home, and there was some drama between him and his ex-wife. Collin’s ex-wife Orianne Cevey secretly married another and moved in the house and stated she would not leave until Collins would renegotiate their divorce settlement in 2008.

She and her new husband lived in the home until recently. They moved out and purchased another place. Collins quickly jumped on the mansion and put it on the market. It is currently under contract.

When Collins purchased the home in 2015, he paid $33 million. Everyone knew about the home and stated it was Miami Beach’s most splendid mansions to view Biscayne Bay’s skyline. The view is also spectacular of the La Gorce Country Club and Golf Course from across the entrance.

The best thing about the home comes in a list. It is impossible to pick one thing out of the tropical paradise. What makes it most tropical is the cabana with the palm trees and water. Many parties are guaranteed enjoyable, and you never have to leave home. The party will come to you. The skyline view of the multitude of sunsets is most intriguing. Knowing a famous singer like Phil Collins and actor Jennifer Lopez lived there also adds value to the mansion.

Phil Collins has an extensive background in the entertainment business. He started as an actor and model and took over the band Genesis’ lead vocals in 1975 when Peter Gabriel left the band. When he separated from his first wife, Collins went solo and recorded one of his biggest hits, “In the Air Tonight.” The song went on to air on Miami Vice in 1984 and became known worldwide. He has sold over 200 million albums and is still active in entertainment.