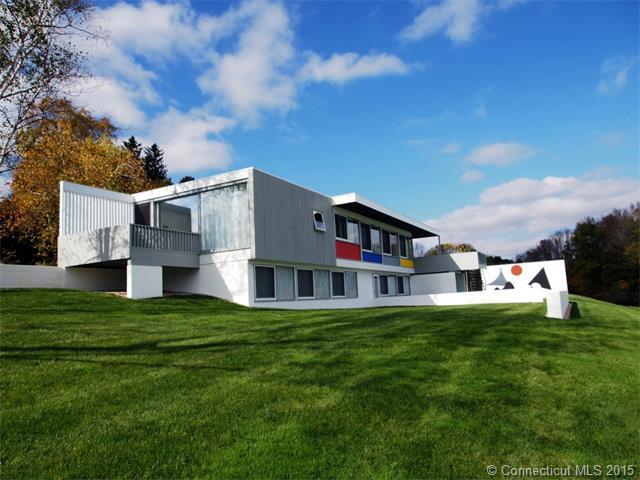 I once had a friend who said he fell in love with a chair.

My friend was otherwise a very normal guy, but the chair, I have to admit, was extraordinary. The Wassily Chair was a creation of the famous Hungarian-born twentieth-century architect Marcel Breuer when he was in residence at the Bauhaus in Germany in the 1920s.

This sturdy chair featured a frame of circular steel holding fabric of “iron steel.” giving it a look of beauty and indestructibility. It was eye-catching and practical and durable all at the same time. 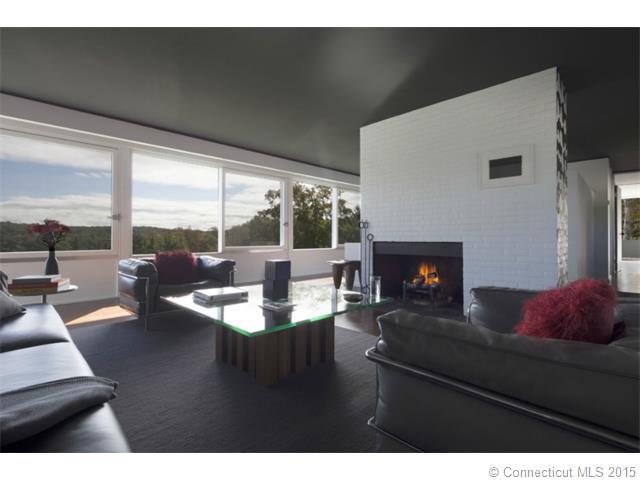 The living room has a glass-top coffee table across from the fireplace surrounded by black cushioned armchairs and a long sofa on a dark floor that matches the ceiling. Image courtesy of Toptenrealestatedeals.com. 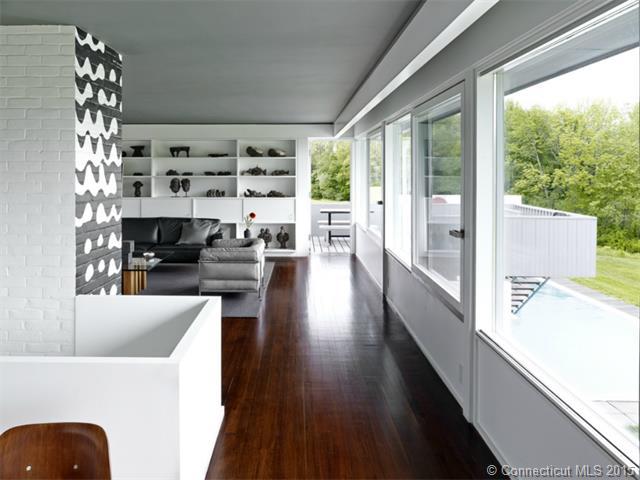 This is a look at the living room from the hallway beside the fireplace wall. Here you can see the wide glass walls on one side that brings in an abundance of natural lighting. Image courtesy of Toptenrealestatedeals.com. 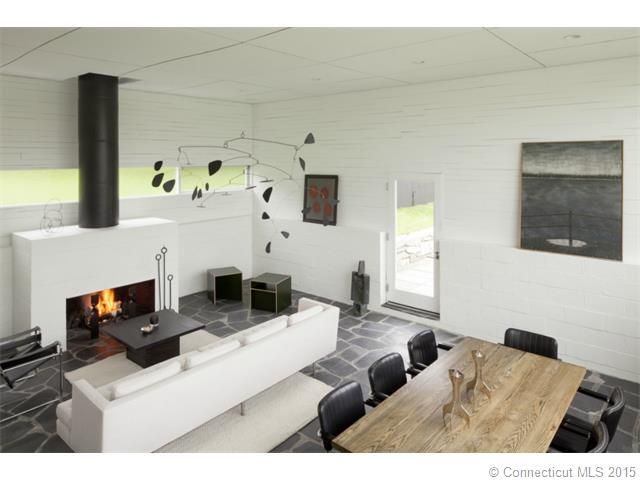 This is a look at the great room of the guest house. It has a small living room on one side with its own fireplace and a dining area behind the couch. Image courtesy of Toptenrealestatedeals.com. 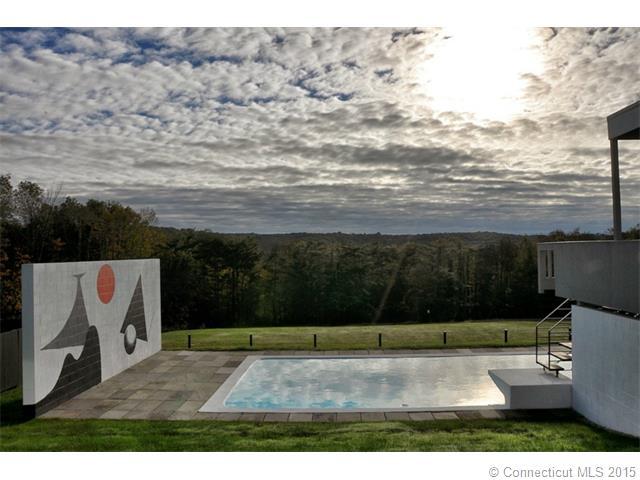 This is a look at the swimming pool from the side of the house. Here you can see the spacious landscaping that surrounds the pool with grass lawns and tall trees in the distance. Image courtesy of Toptenrealestatedeals.com. 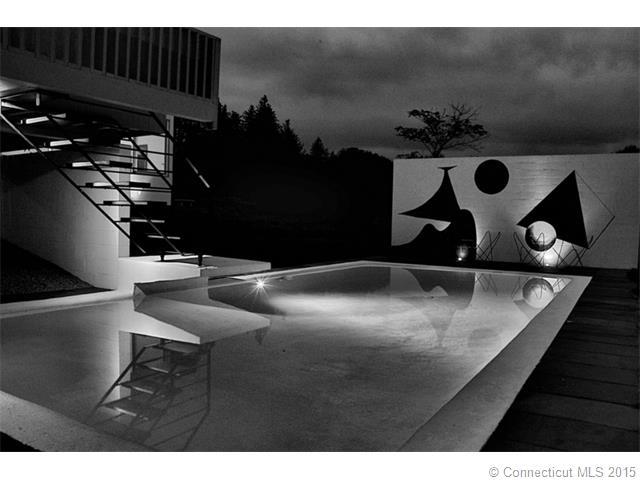 This is a closer look at the swimming pool adorned with a large mural on the side and the lighting of the pool that gives it an ethereal glow. Image courtesy of Toptenrealestatedeals.com.

Breuer was a member of the Harvard Five, a group of architects including John Johansen, Landis Gores, Philip Johnson, Eliot Noyes, and Breuer himself, who started building mid-century modern homes in New Canaan and later in Litchfield, Connecticut in the 1940s and 50s. Homes they designed are considered classics and seldom come on the market. The home Breuer built for the Stillmans came on the market in June of 2015 for a November auction.

The Stillmans gave Breuer not just one but three architectural commissions. The main house was designed and completed in 1950. The design and building of a studio and then a pool, a porch, and a mural wall took until 1953.

Breuer designed the two-story, 2360-square foot main residence in his signature long-house style. He placed the kitchen, a sunken living room, a garage, and a generator room in a separate glass-walled studio. He designed a long outdoor swimming pool that is flanked by an 18-foot abstract mural by Breuer’s and Stillman’s mutual friend Alexander Calder. Inside the main living area, there is an art by Bauhaus member Xanti Schawinsky to accent the fireplace. The pool features a floating staircase and a cantilever diving board.

The Breuer house was built in a style not quite unique for Litchfield, Connecticut, better known for its many colonial-style historical homes. The Stillmans decided to divide their six-acre lot in two so their friends the Huvelle family could build another mid-century modern house, designed by Breuer’s fellow Harvard Five architect John Johansen.

Together, the Breuer house and the Huvelle house offer a striking contrast to the rest of the architecture in Litchfield sitting just off Litchfield Green—so much so that the City of Litchfield banned the use of the style for further construction.

Rufus and Leslie Stillman lived in their Breuer house for 59 years, selling it in 2009. The next owner painstakingly restored it to its original state, using archival sources including the magazine Architectural Digest.

The value of the Breuer house had been estimated at two to three million dollars. It sold at auction for $2.495 million.