Magic erasers have become a popular option for cleaning a variety of messes including pools. But how safe are they? Let's look into this and see the pool experts' take on this. 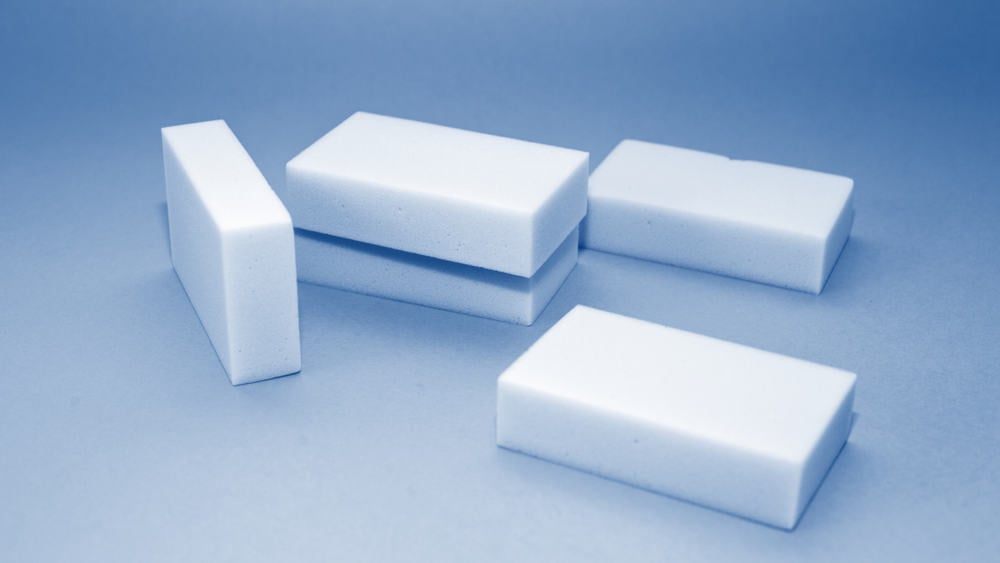 A few years ago, an Ohio pool owner made headlines with a pool hack, and it caused quite a stir in the pool service community. She said she used a Magic Eraser sponge to clean her pool.

Is this method effective for pool upkeep? Is it even safe to use a Magic Eraser to clean your pool? Let’s look into it more.

Magic Erasers contain melamine foam. Melamine is a cyclic molecule that belongs to the triazine family of chemicals. Its applications include plastic laminates, such as Formica, flame retardants, and non-protein fertilizers. Lisa Park, an Ohio pool owner, claimed that after placing the Magic Eraser in her skimmer basket, she discovered her pool was pristine, and the green had vanished after only 24 hours.

Are there reasons to believe that this is a good idea? Andrea Nannini, of Custom Pool and Spa Mechanics in Stuart, Florida, decided to put Lisa Park’s notion to the test. She filled a container with green water from a fountain and, as instructed, soaked a Magic Eraser in it for 24 hours.

She didn’t find anything spectacular. The sponge absorbed some algae, but the jar remained full of green water, and it did not restore the water balance.

So, is it likely that a Magic Eraser absorbed some of the algae floating in Lisa Park’s pool? Absolutely. But, while getting rid of some algae is a good thing, it isn’t the purpose here. There’s no reason to believe that this procedure will clean your swimming pool better than the tested ways of pool cleaning.

Is it safe to put a Magic Eraser in pool skimmers? 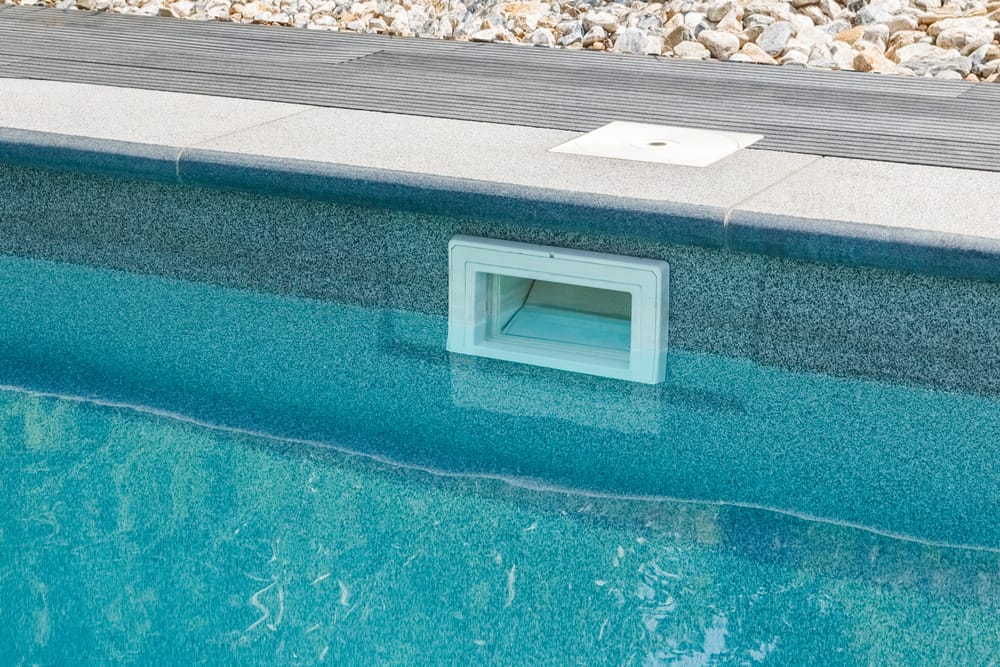 You might still be considering using the Magic Eraser trick. Even if it doesn’t meet all of your pool chemistry requirements, it might be useful, right?

Well, the problem is that while melamine is non-toxic on its own, adding it to the Cyanuric Acid (CYA) already present in your pool can result in a toxic reaction that could be dangerous.

You may recall that several news articles from China in 2007 about two food suppliers that used melamine to boost the protein content of dog and cat food. Melamine interacted with cyanuric acid present in the diet to generate sphere-shaped crystals. The spheres clogged the animals’ ureters, the tubes that transport uring, causing the kidneys to become obstructed.

The kidney illness and renal failure claimed the lives of fourteen animals in the United States. Corporations in China also added melamine to infant formula in large quantities. Six newborns died as a result of this combo, and nearly 300,000 people became ill.

Although the incidents involving pet food and infant formula are unusual, adding a Magic Eraser (and the melamine it carries) to your pool filter can be problematic due to the cyanuric acid already present. If you have kids, you know that they will swallow some pool water, no matter what you do, which could suggest that your kids are getting the same cyanuric acid-melamine interaction that has claimed lives in recent years.

By itself, cyanuric acid is entirely safe. It’s an FDA-approved pool addition that you’ve most likely used before, either on its own or as part of a conventional chlorine tablet. It is an excellent tool for maintaining the cleanliness of your pool.

UV rays can quickly degrade chlorine’s efficiency, and pools with no or minimal CYA have a higher chlorine requirement. That implies you will have to spend a lot of money on chlorine to keep your pool swimmable. Adding CYA is the ideal remedy.

However, maintaining a healthy CYA level is critical since excess CYA will hinder your chlorine from operating properly. For the reasons indicated previously, the World Health Organization (WHO) advises that levels in your swimming pool stay below 100ppm. Professional pool cleaners, on the other hand, frequently recommend 50ppm. Aside from the safety concerns, too much CYA will hinder your chlorine from effectively killing algae and bacteria.

How do I get slime out of my pool? 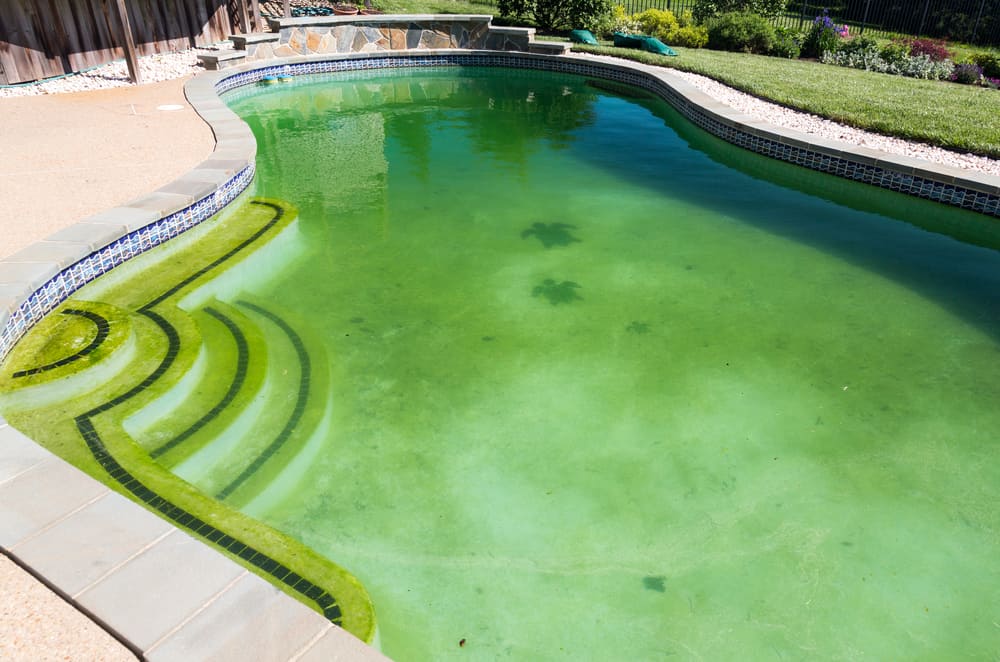 The majority of folks that look into the Magic Eraser pool hack have a pool slime issue. However, there is justification for why pool experts stay away from Magic erasers. There are many better and proven methods for eliminating algae and slime in your pool.

Slime, which is algae and bacteria, can appear for many causes. Testing your water levels periodically and after events that could disrupt your water chemistry, such as rain showers or a large pool party, is the solution to avoid it. Below is an easy to follow plan for individuals who have slime in their pool:

See also  How to Repair an Above-Ground Pool Wall

Using a Magic Eraser sponge in your pool skimmer is not a pool maintenance procedure recommended by pool professionals. It may clear some algae, but it could also generate unanticipated difficulties, such as major health concerns.

A better strategy is to address the source of the algae and slime difficulty by improving the pool chemistry.