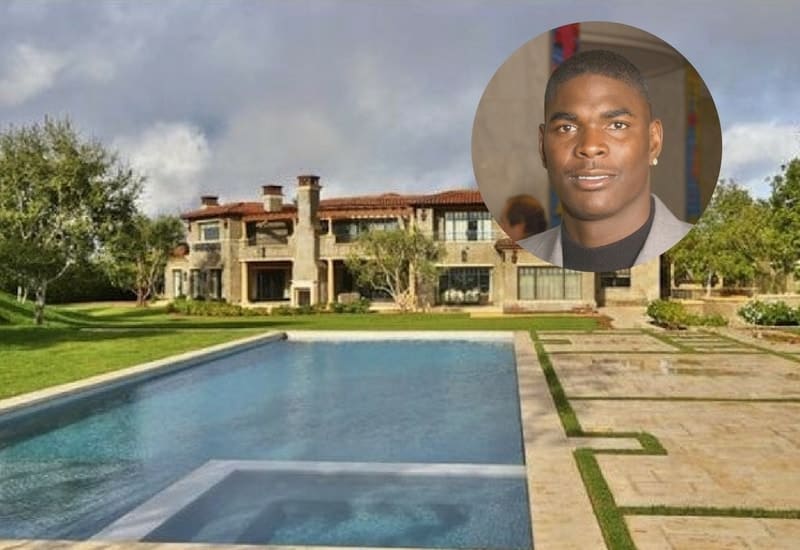 Keyshawn Johnson is a former NFL Wide Receiver Star known for his strong verbal issues. Even though he had major problems with his outspokenness, he had made a spectacular career for himself, winning a Super Bowl and many more accolades from NFL.

Back in his rookie year, Johnson co-authored the very controversial book titled “Just Give Me The Damn Ball!” personally attacking his own teammate and fellow wide receiver, #80 Wayne Chrebet. He had made many rants against Chrebet including, “Comparing Wayne Chrebet to me is like comparing a flashlight to a star, flashlights only last so long, and a star is in the sky, forever.” and “Wayne Chrebet’s a good player, I’ll give him that. But he’s not even a No. 3 receiver, and the Jets have made him All-World.”, which are the most famous of his rants.

After his retirement, Johnson signed a deal with ESPN as a football analyst and commentator and became a successful businessman.

After the beef between him and his neighbor, non other than the Pop megastar Justin Beiber escalated to greater heights, Johnson decided to list his Calabasas Mansion for $8,495,000. Boasting 6 bedrooms and 9 baths as well as a game room, spa, sauna, home theater, chef’s kitchen and even an elevator, Johnson’s home proves to be a real custom gem in the celebrity-infested Calabasas suburb.

Curb appeal:  I love the look of this mansion from the front with the tower on the left and imposing front door. While not symmetrical, it’s a balanced and interesting front facade.

Primary bath:  Like the kitchen, the primary bath is beautiful and very current design-wise. It’s large enough for a round ottoman in the center which adds a nice design and functional touch. 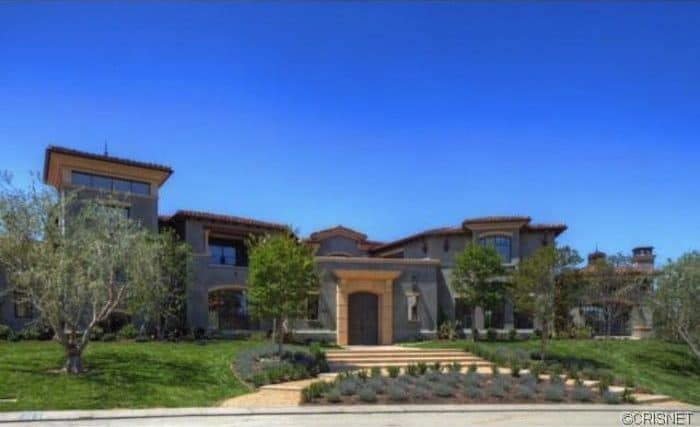 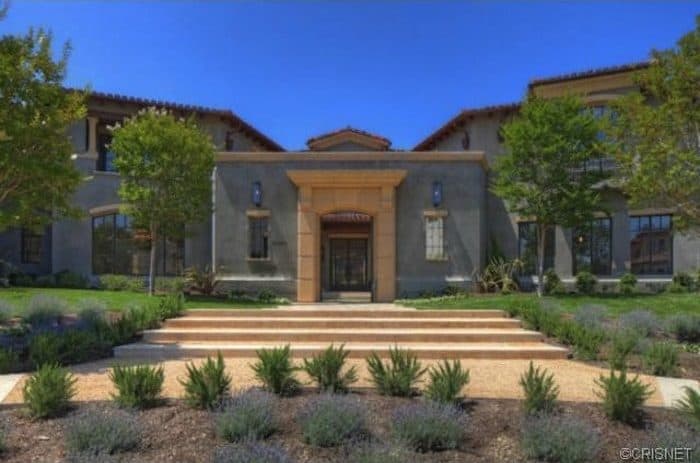 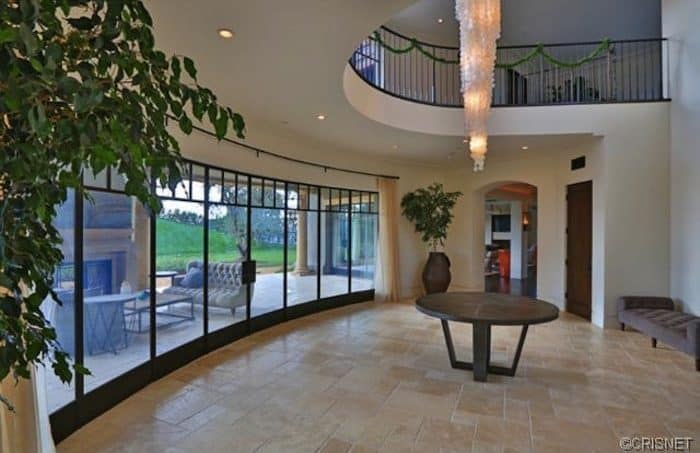 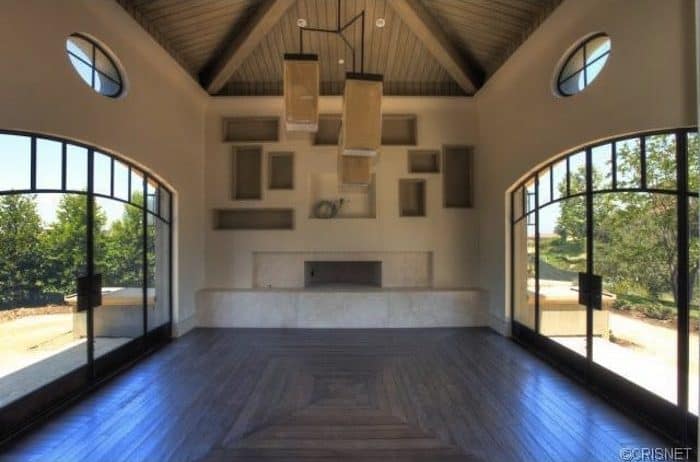 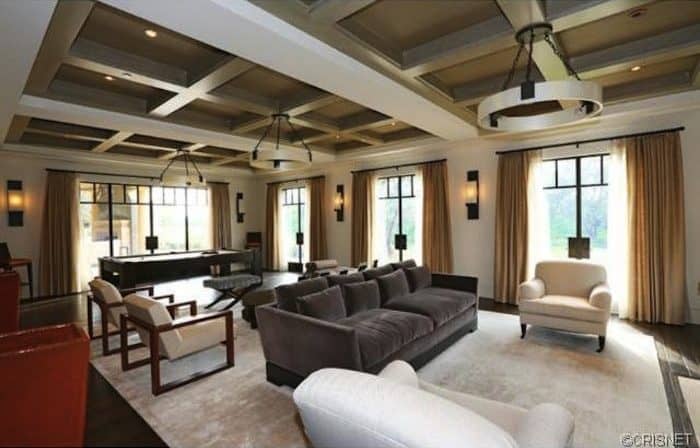 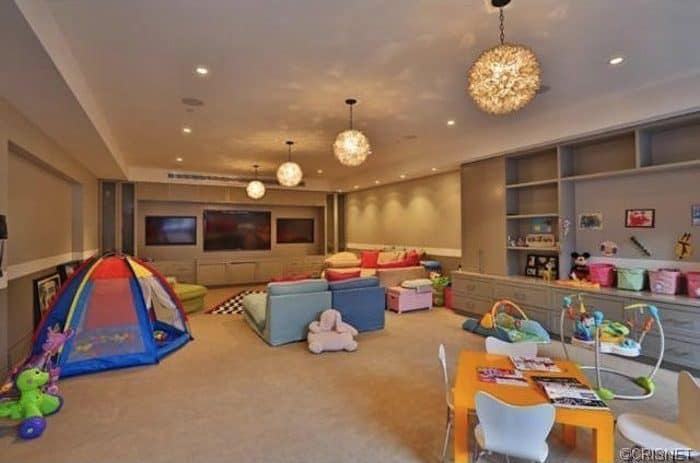 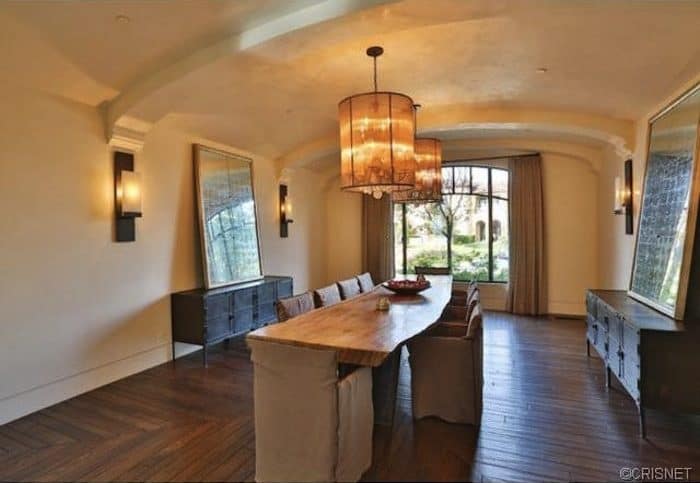 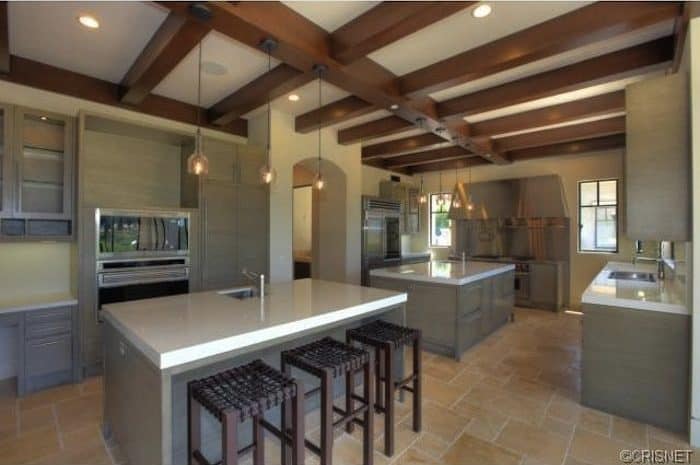 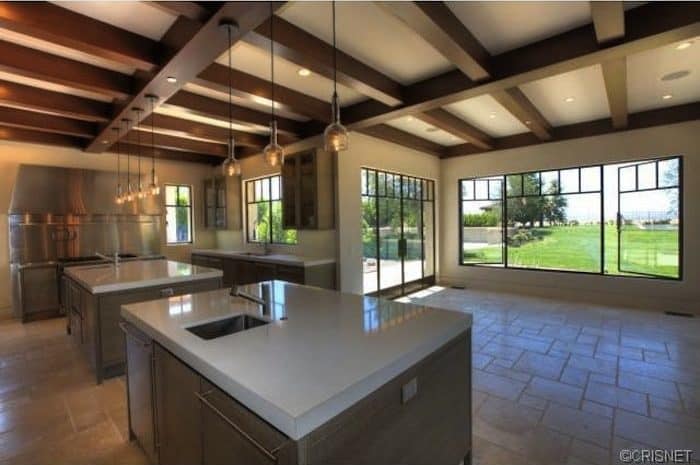 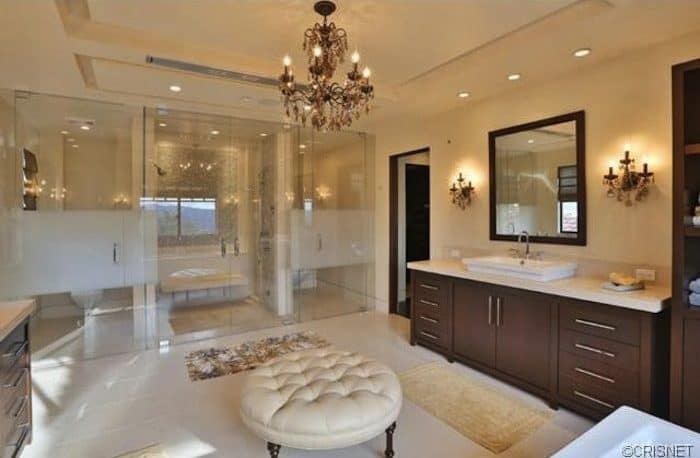 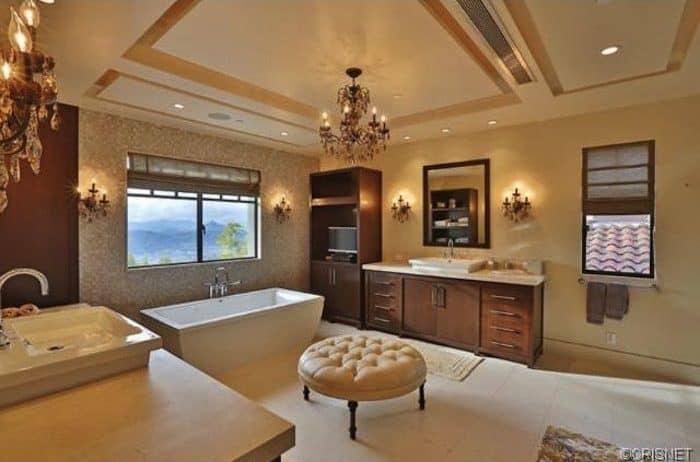 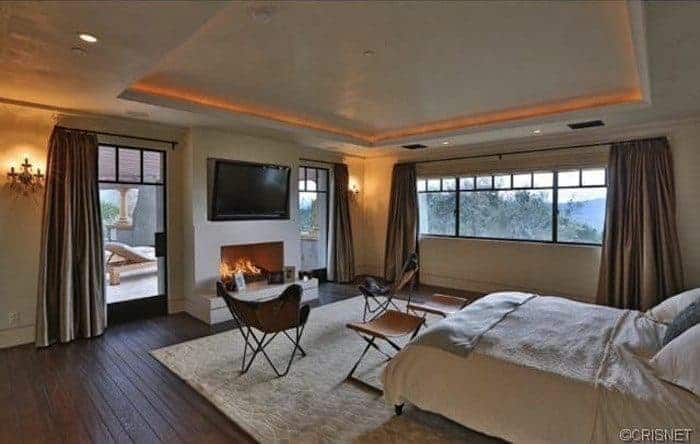 The ceiling of this charming bedroom has tray ceiling lights that give a low glimmer on the sides of its middle tray. This is supplemented by the wall almps and the natural lights of the wide window as well as the pair of glass doors flanking the fireplace and the TV. Source: Trulia 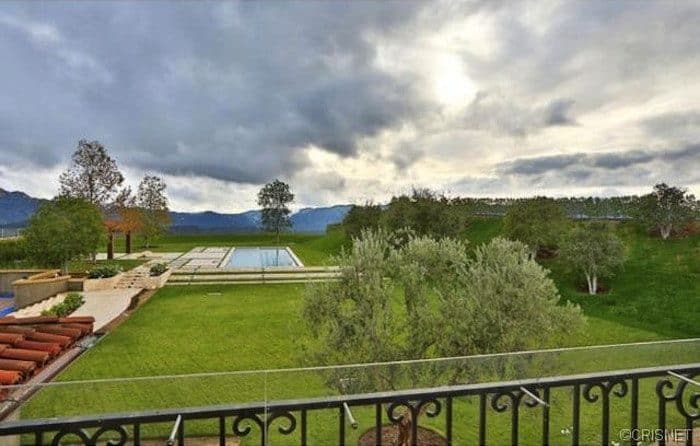 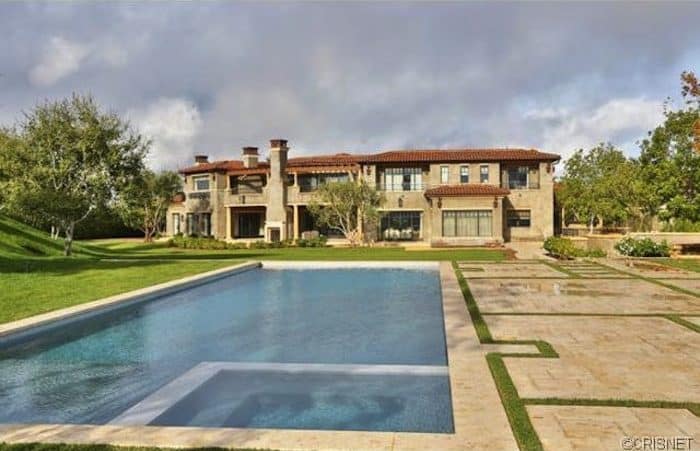 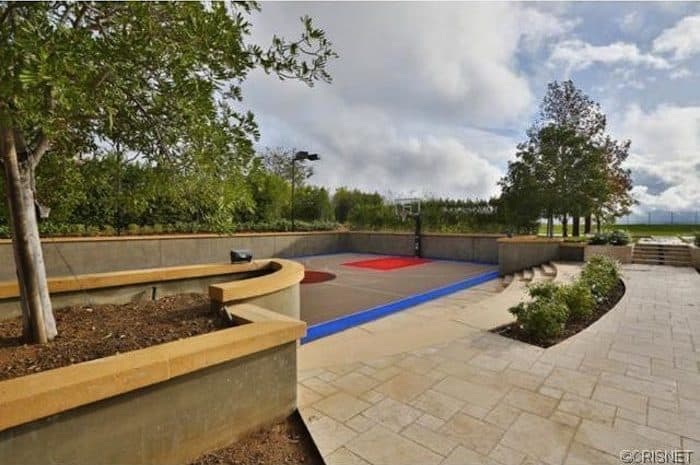 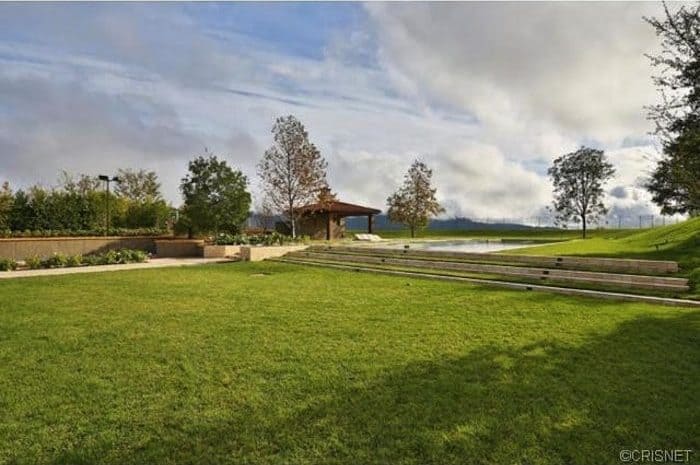 CelebrityNetWorth.com estimates his fortune at $20 million.