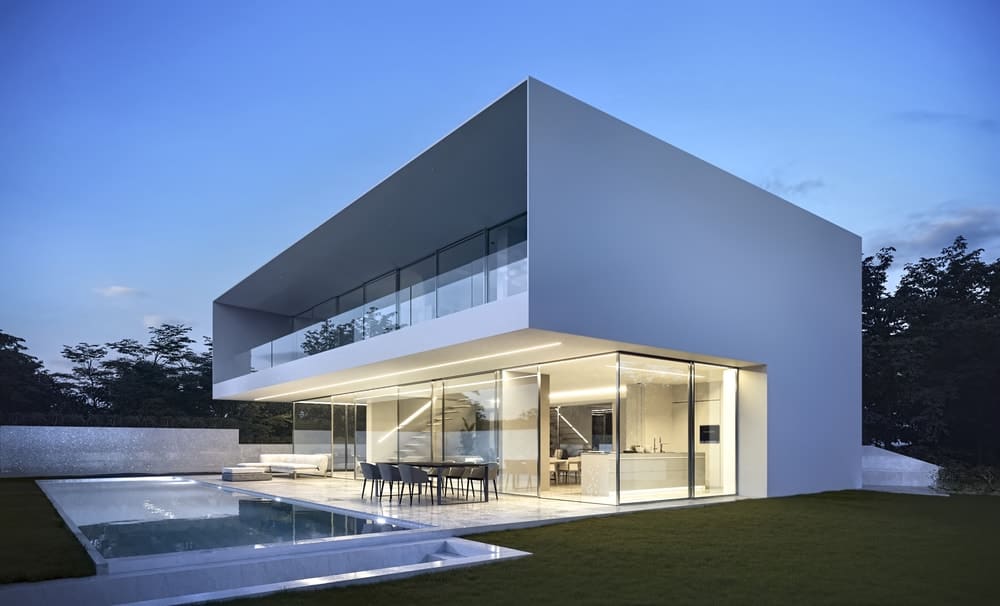 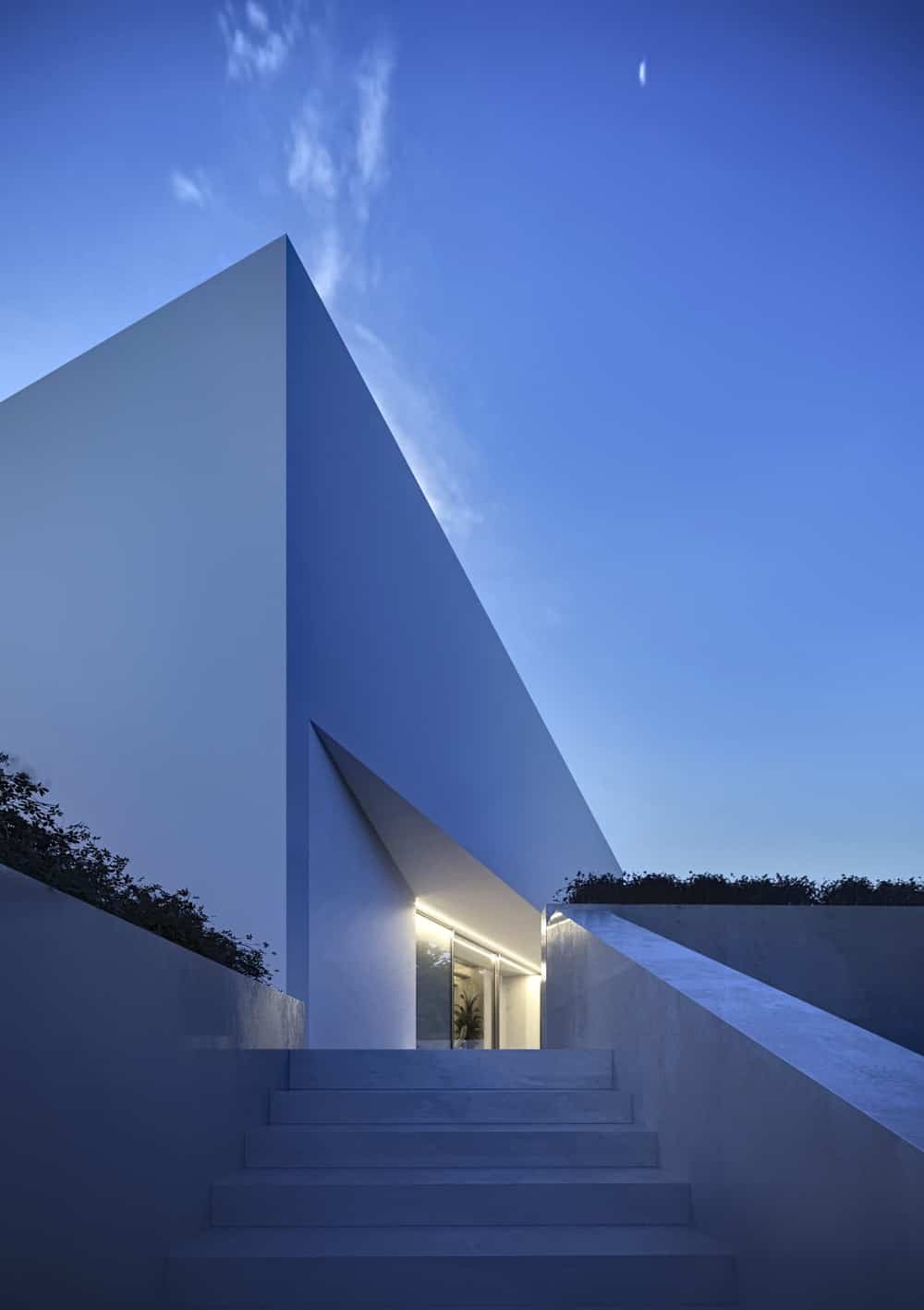 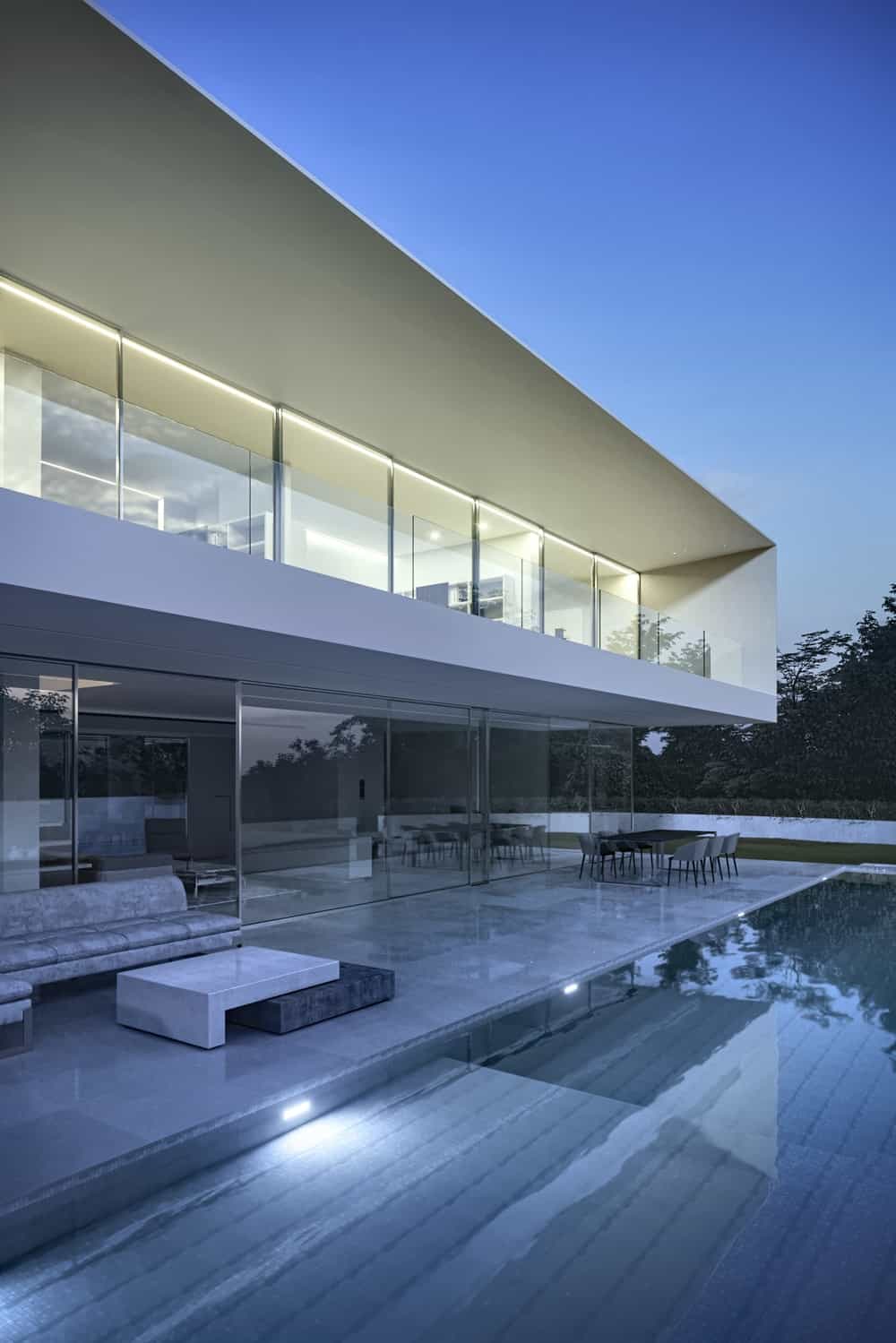 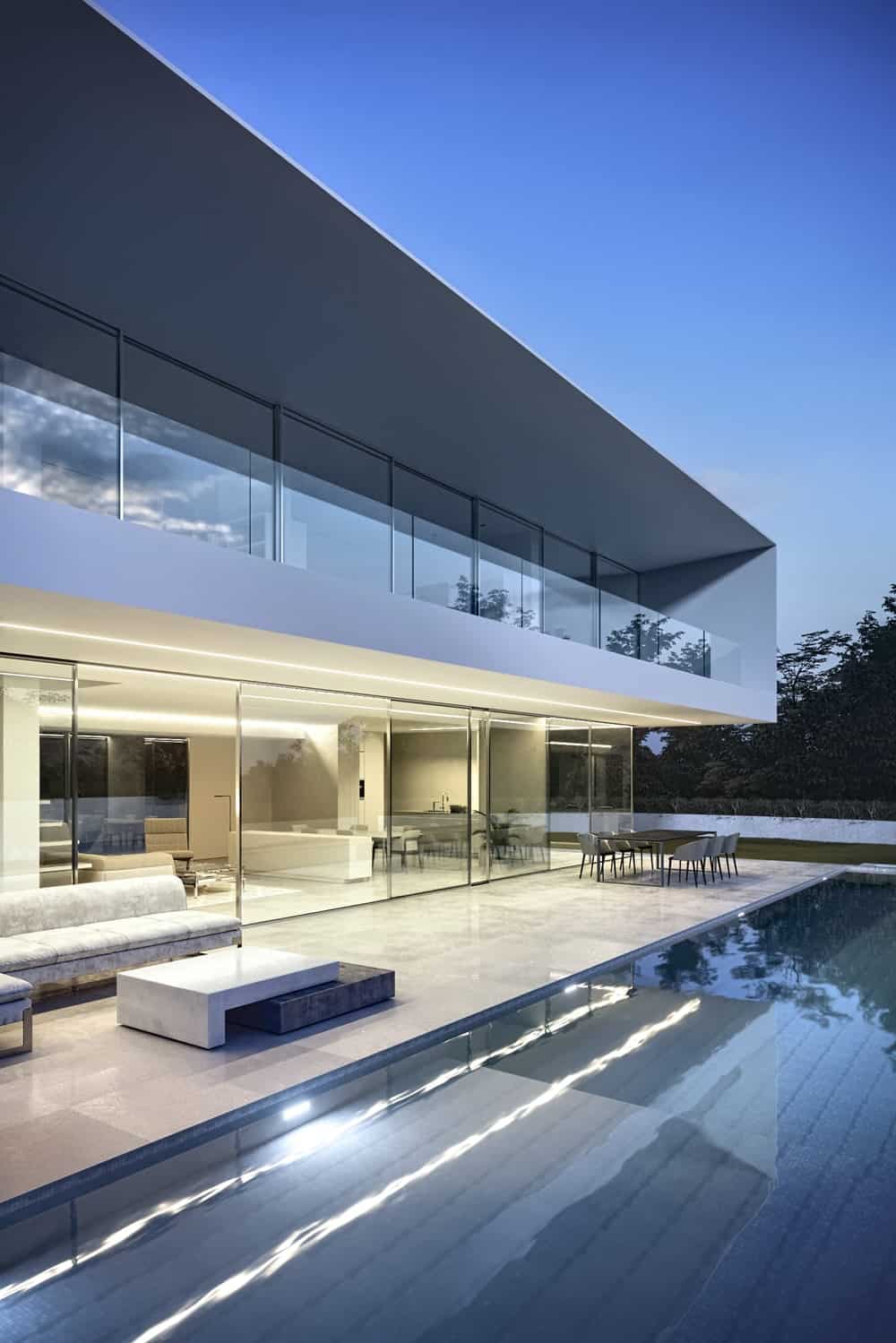 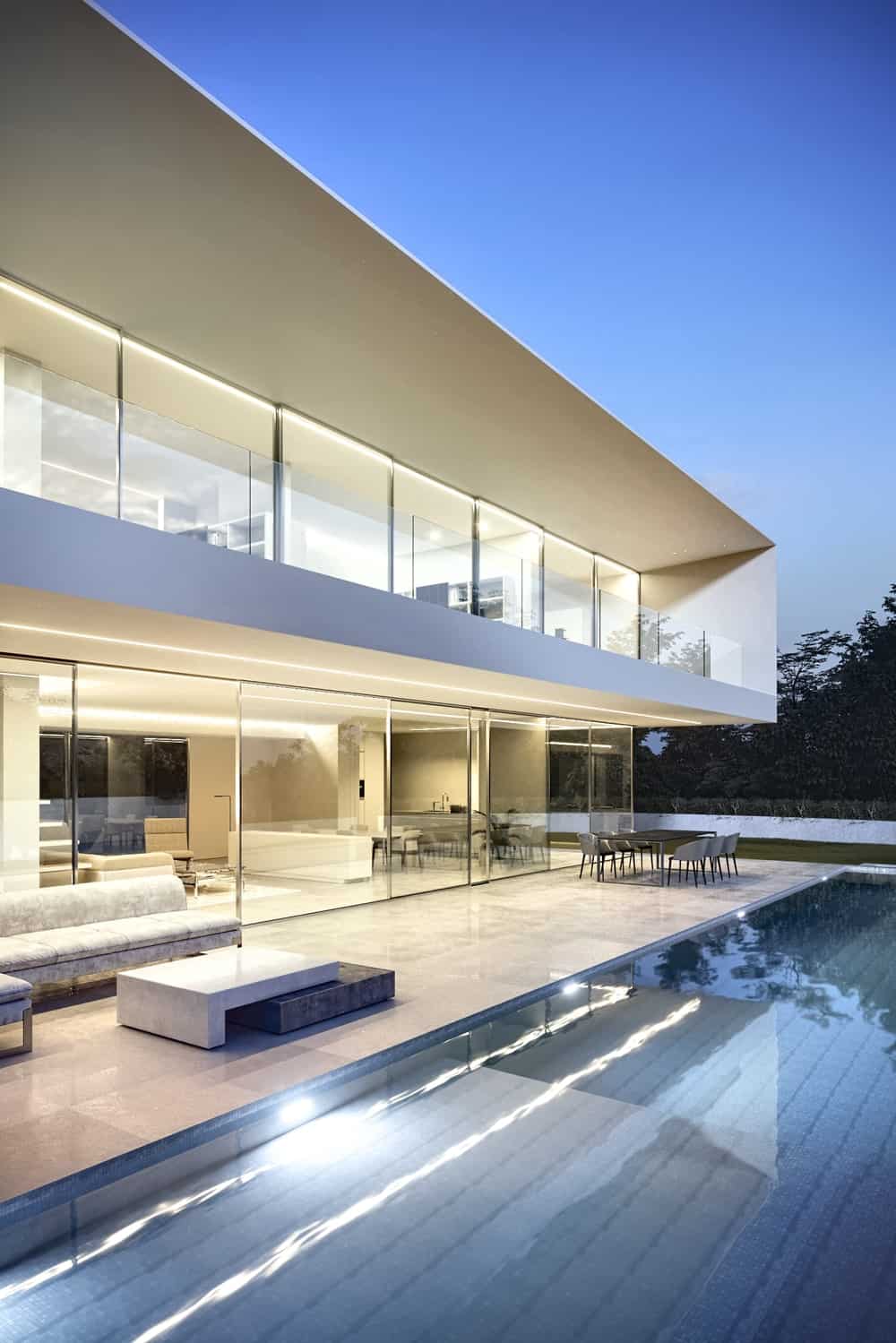 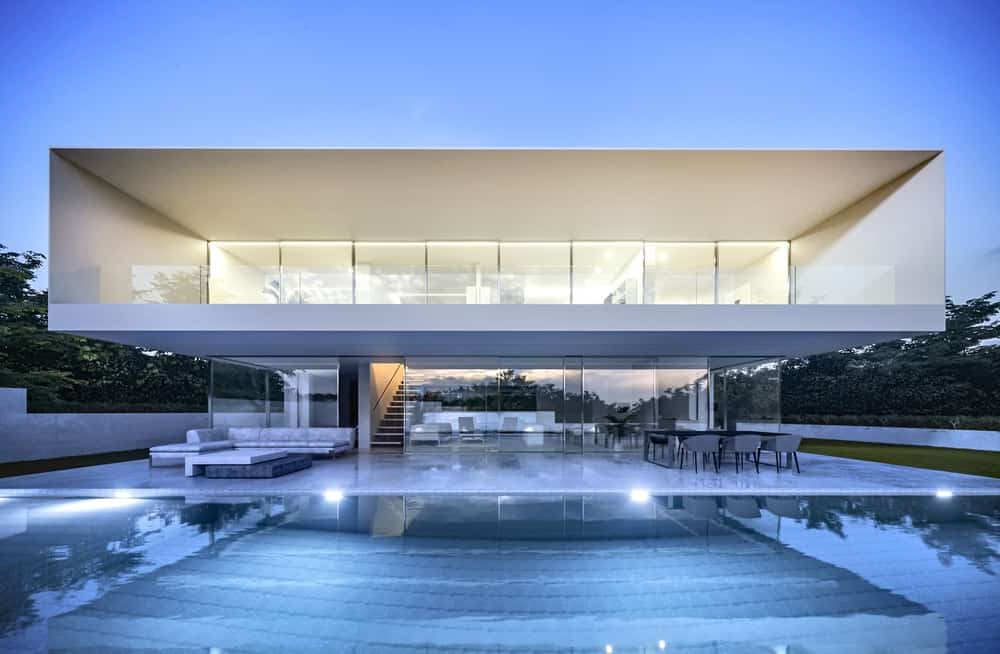 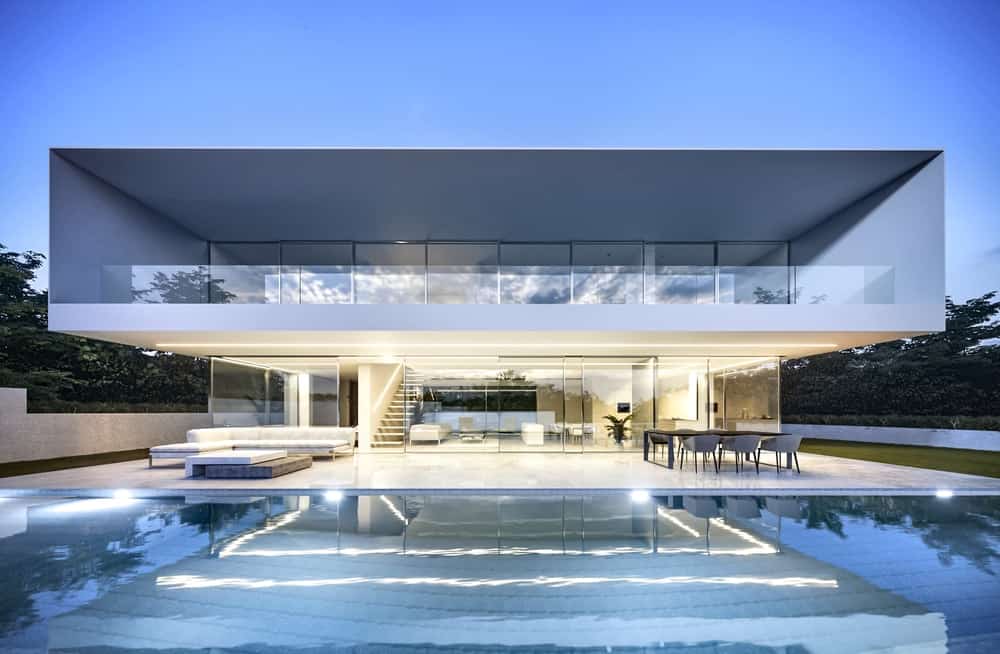 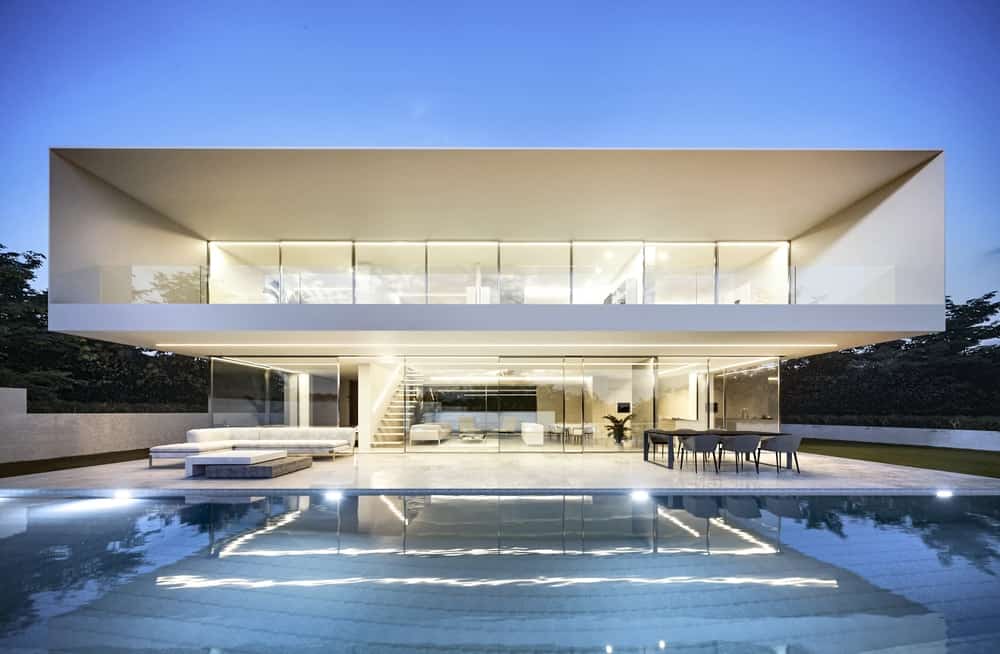 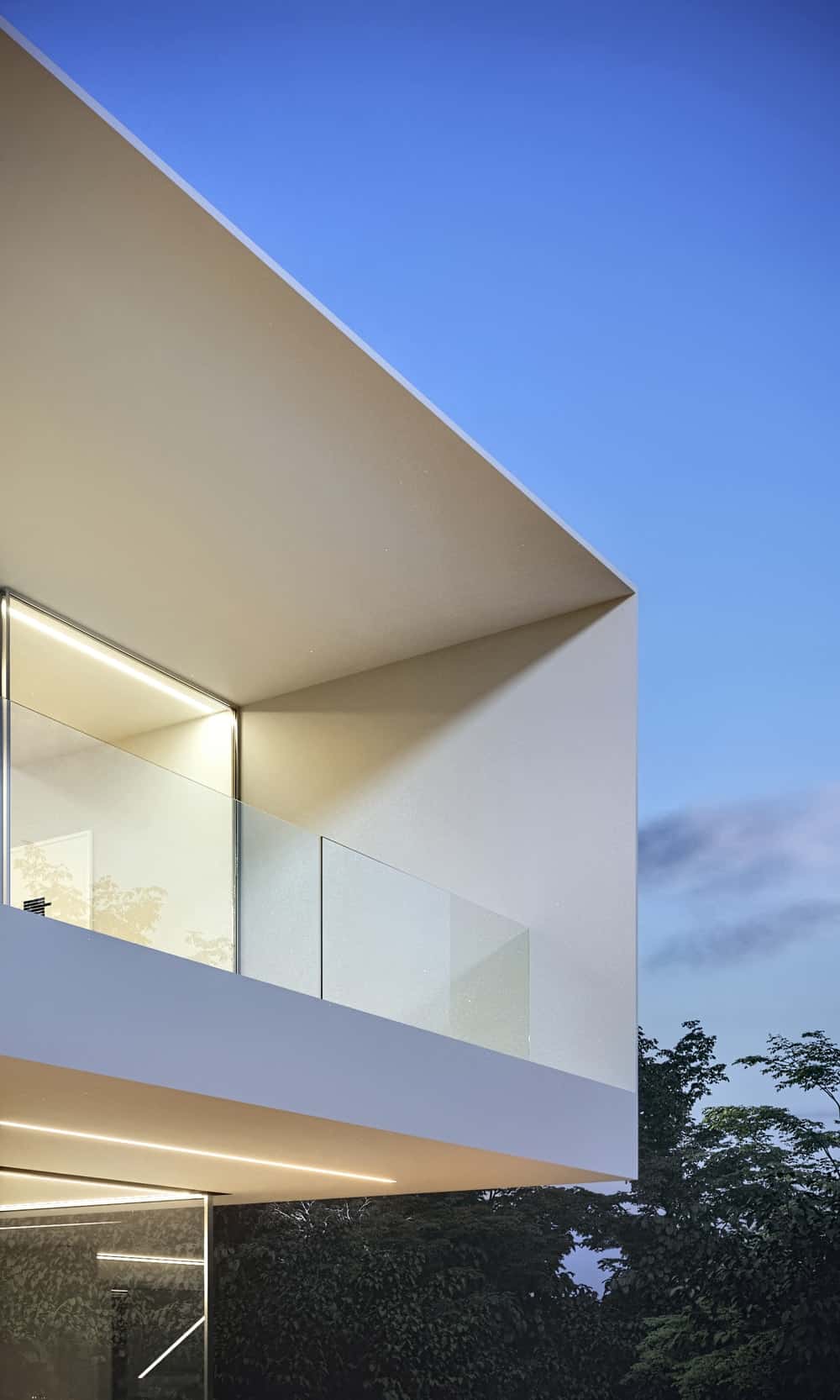 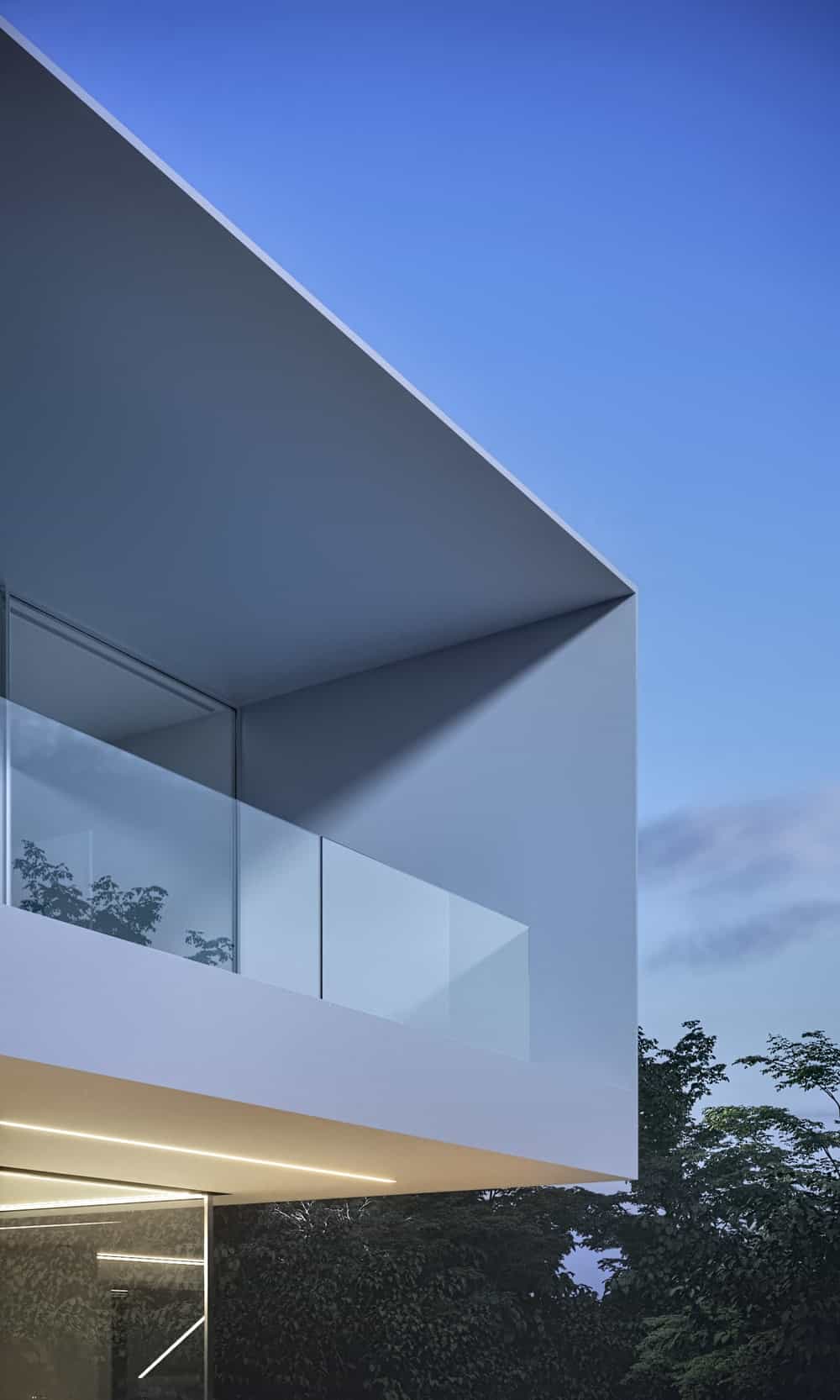 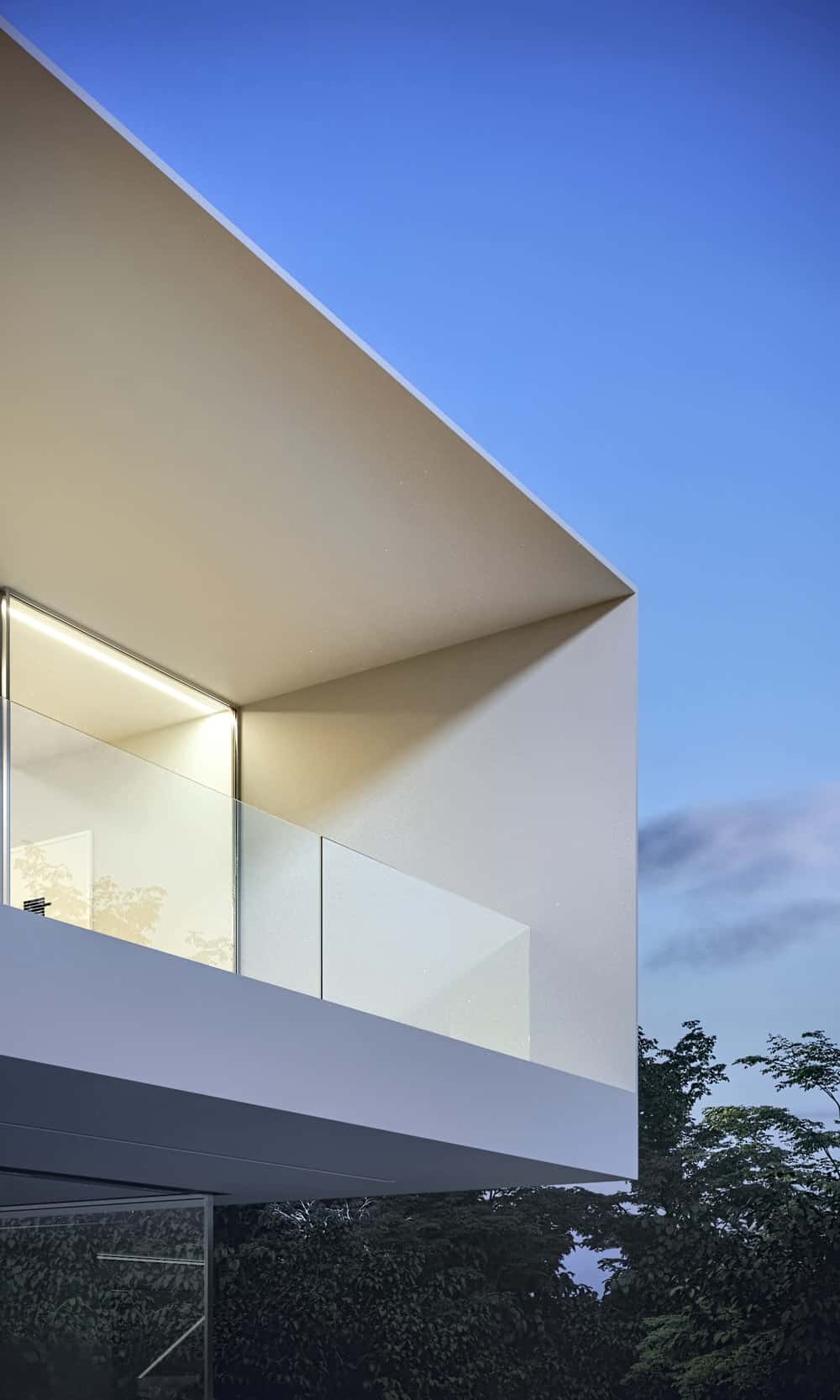 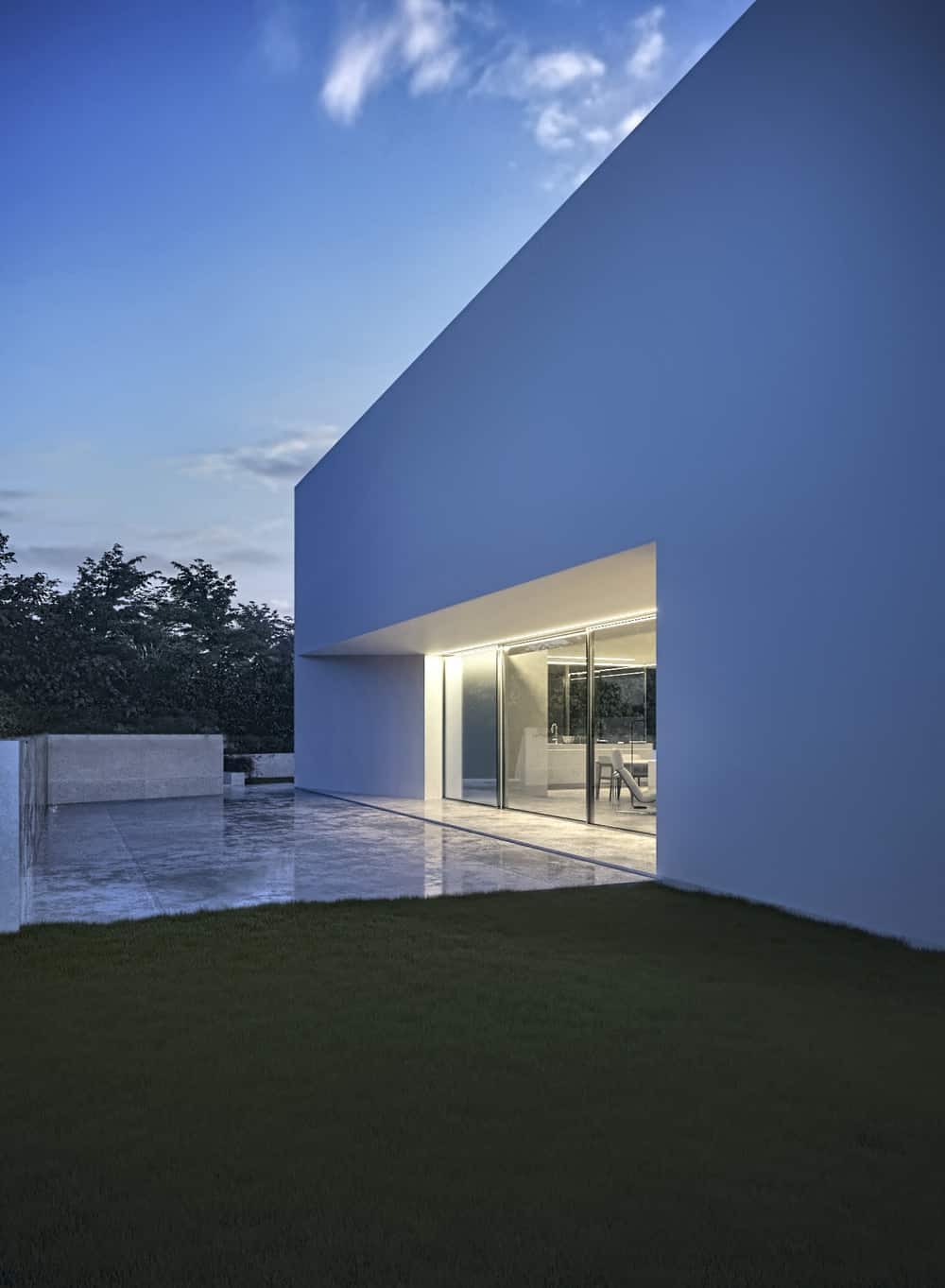 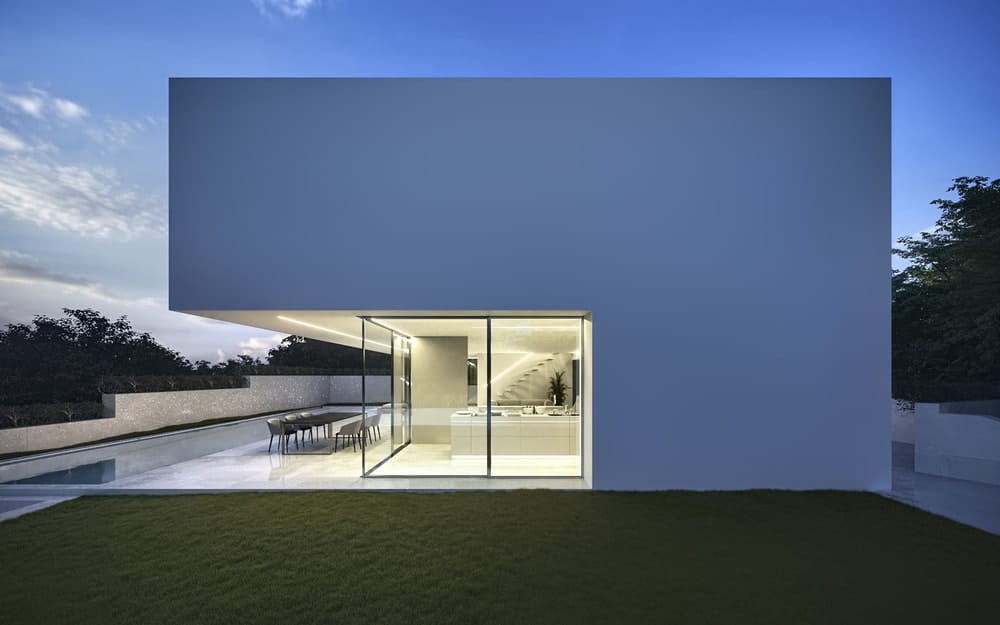 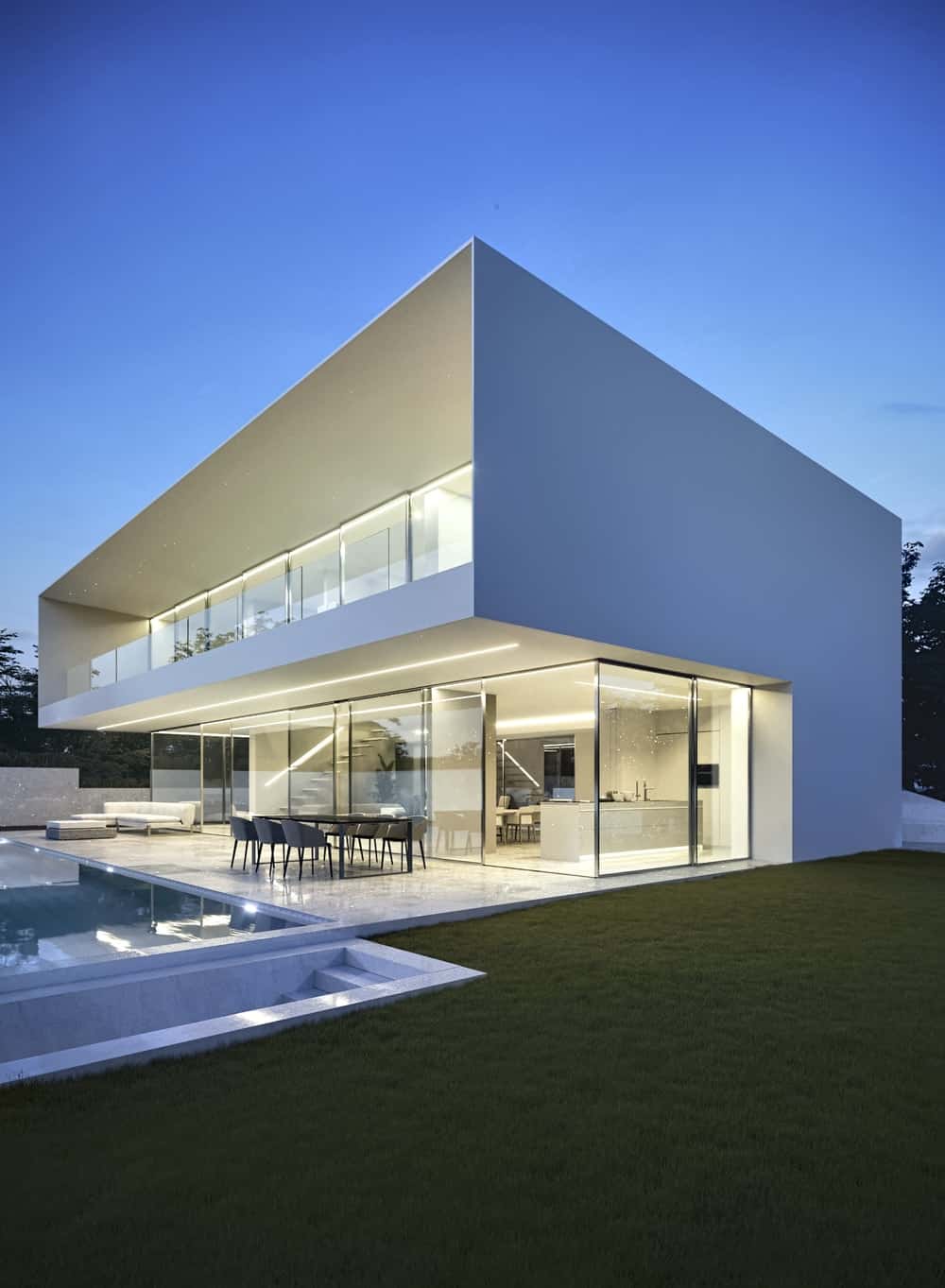 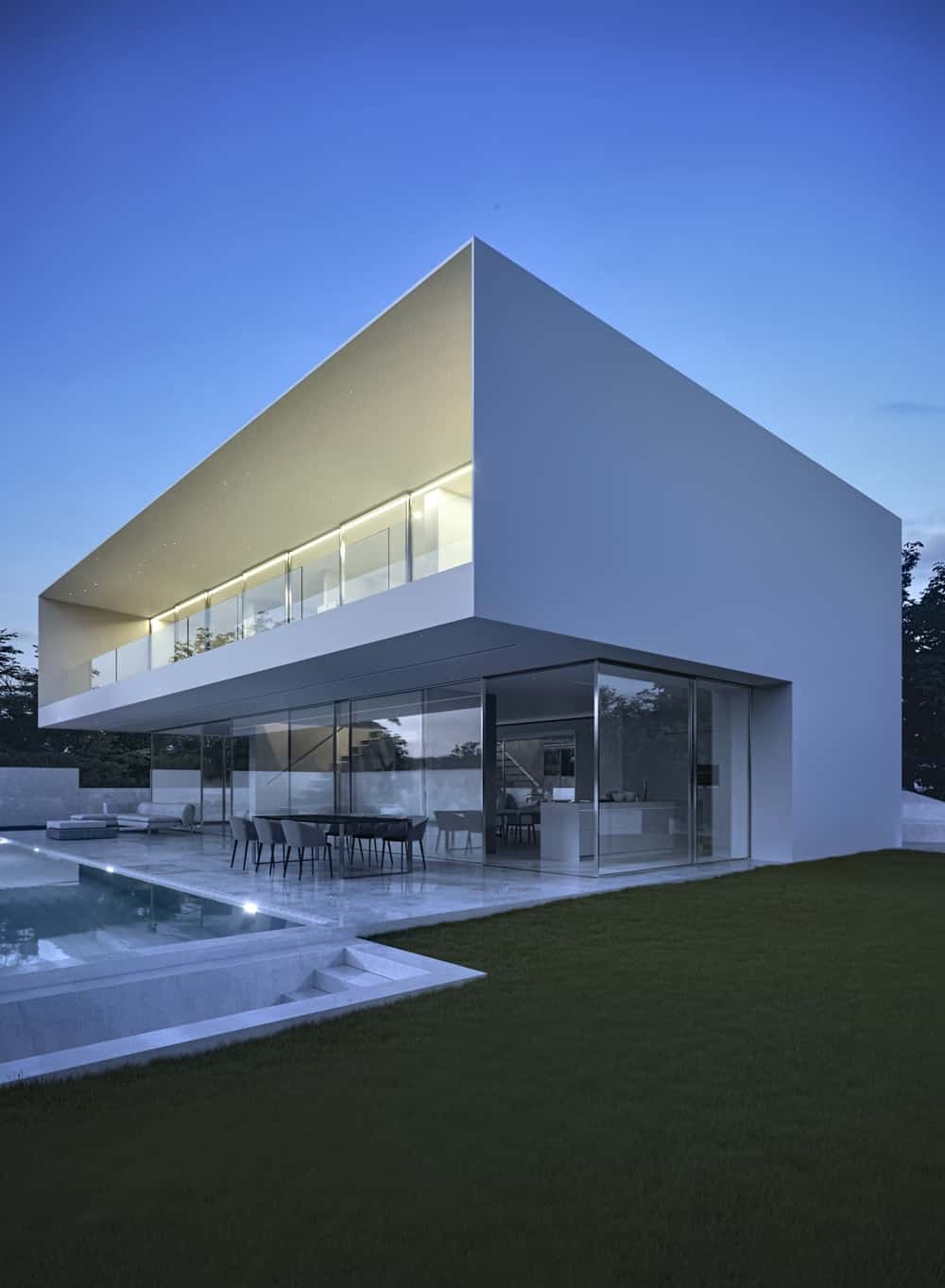 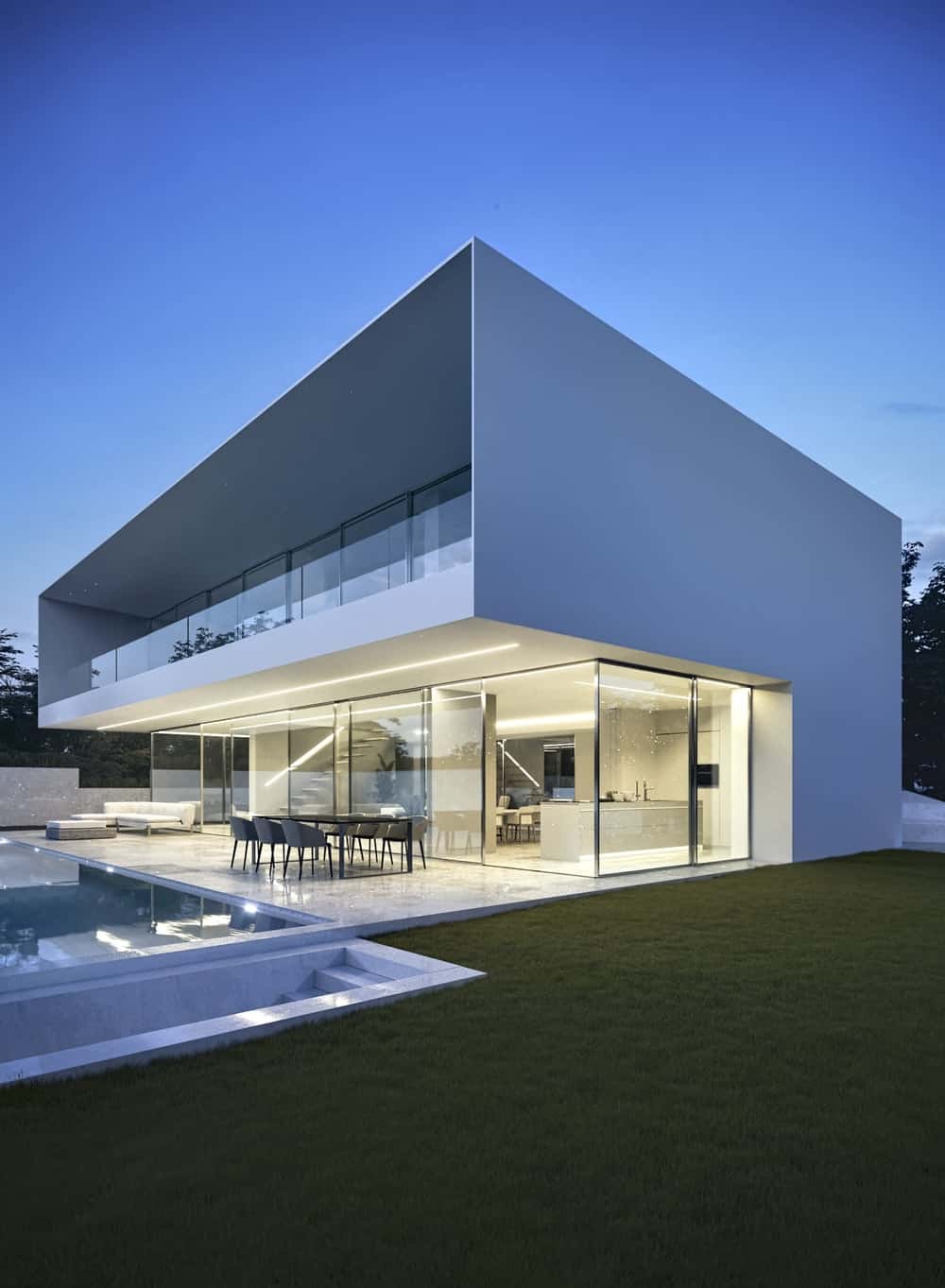 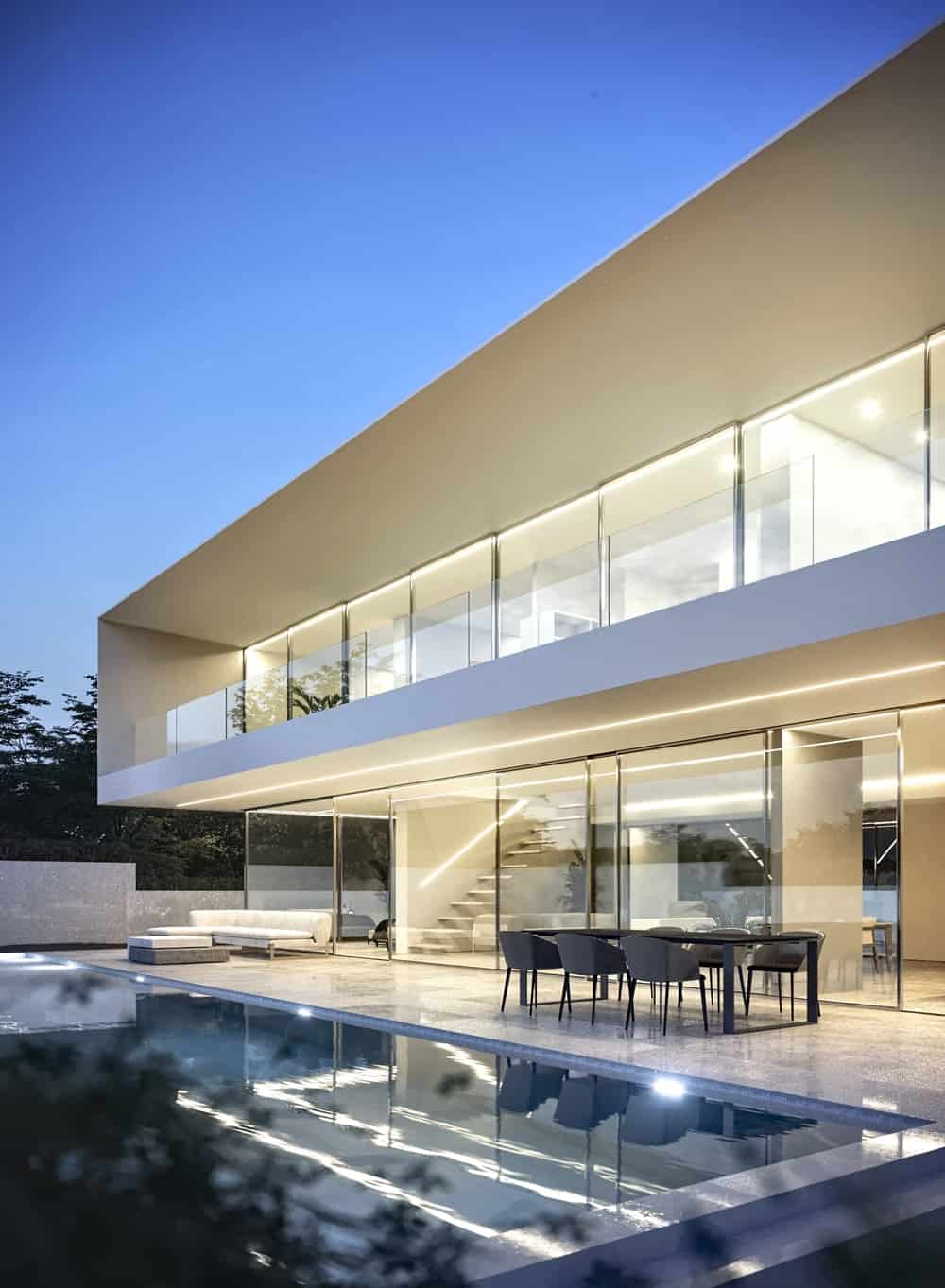 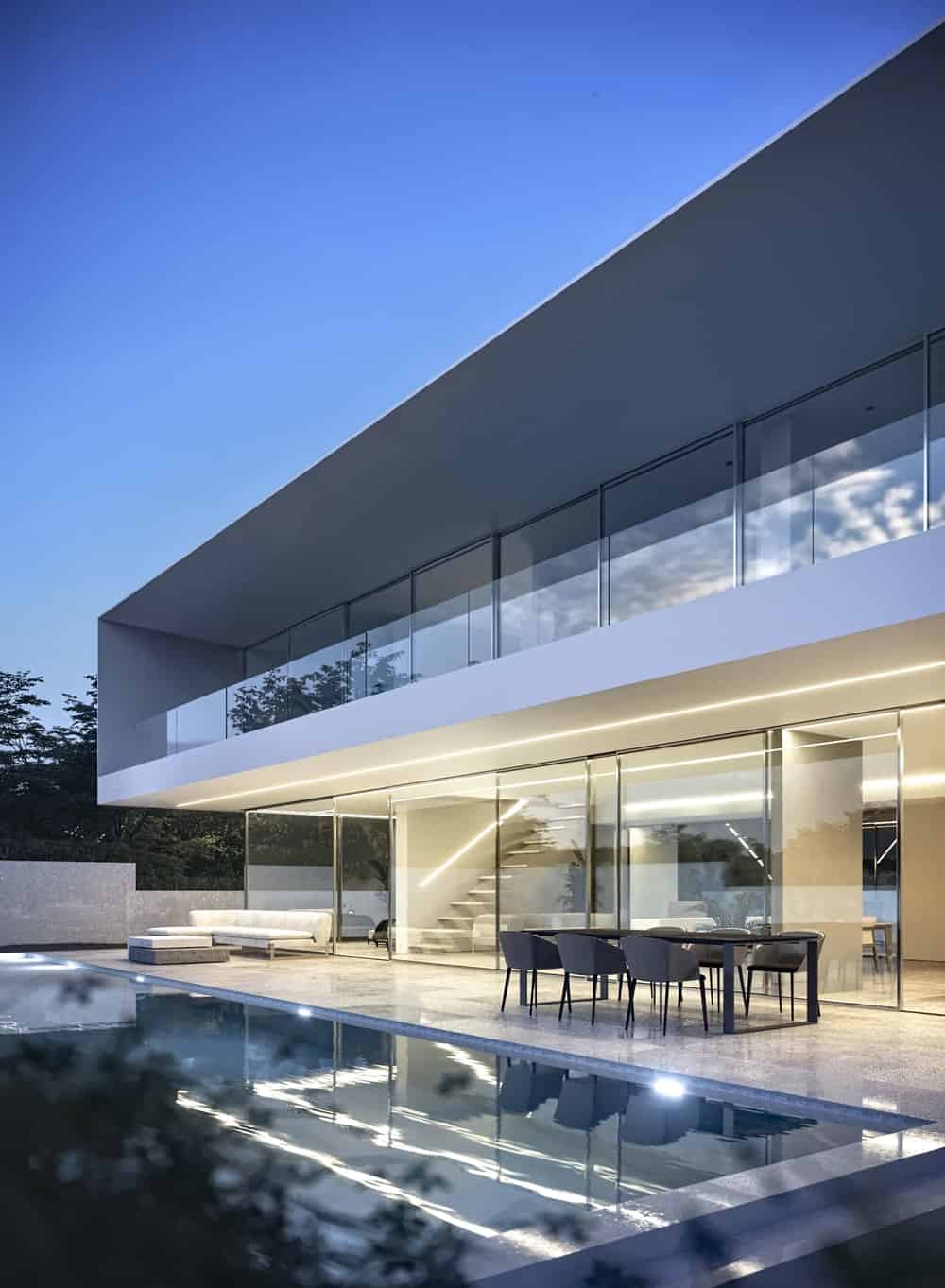 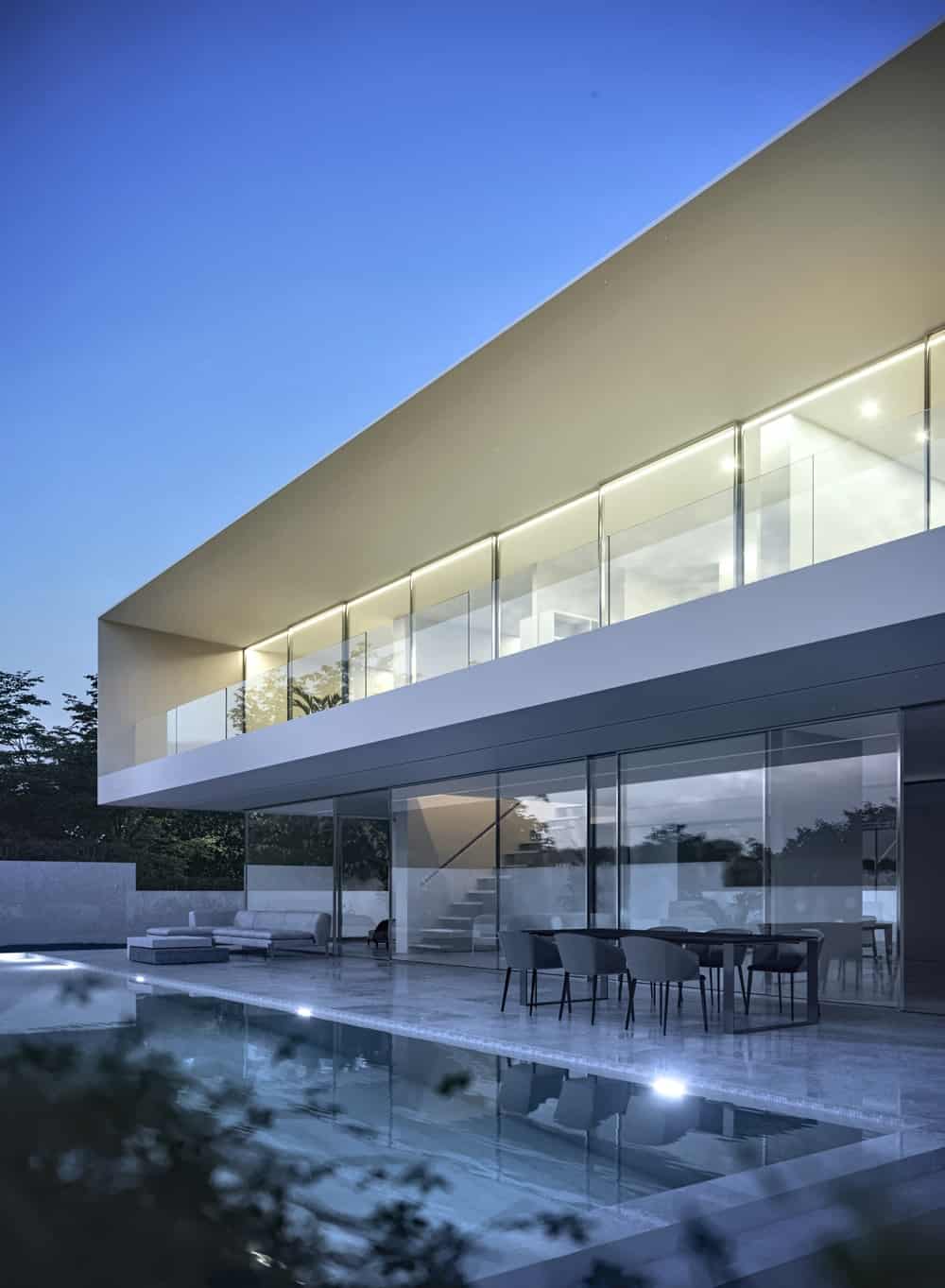 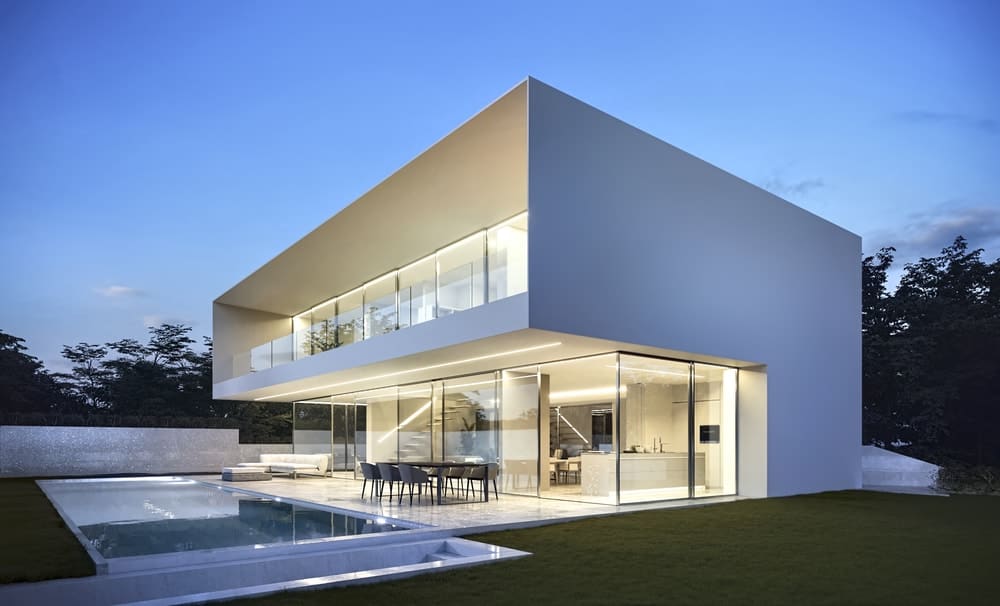 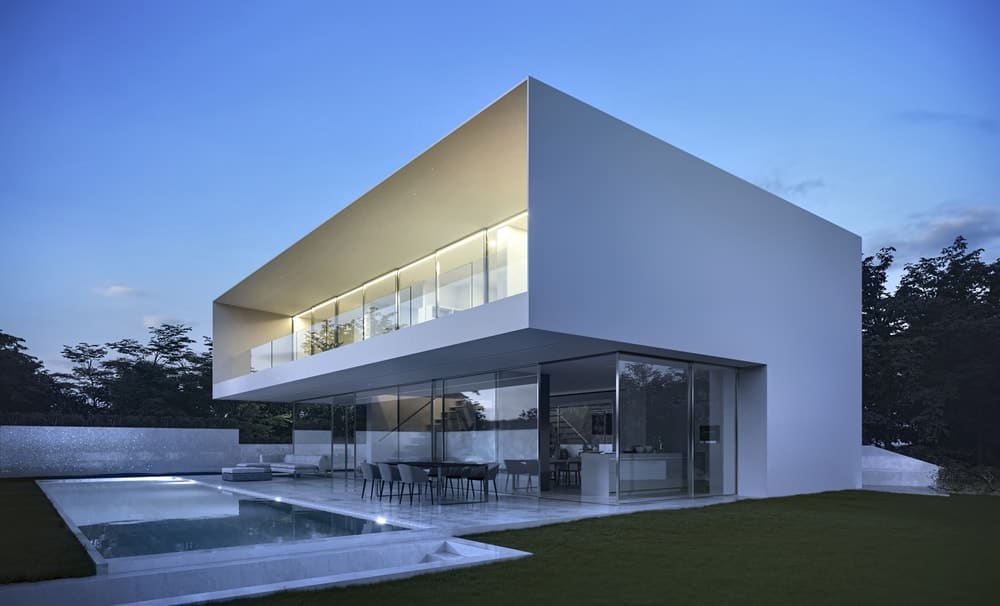 A VIEWPOINT TO TALAMANCA

The turquoise sparkles of Cala Talamanca shade the vibrant Mediterranean light that outlines, in the distance, the rocky silhouette of Dalt Vila. This landscape setting is the backdrop that can be seen from Ses Torres and that defines the project of this house in Ibiza. The house, on a plot of modest dimensions that, however, has a clear field of vision thanks to its location on the corner at the vertex of a street that descends to the sea. Enhancing these views will become the main objective of a project that, at the same time, must provide adequate privacy to the interior spaces of the house.

With a certain natural slope, the original irregular topography of the land provides the possibility of raising the building above the horizon, configuring a podium through the work of the contour lines that not only substantially improves the contemplation of the views but also considerably increases the feeling of intimacy of the plot with respect to the street level.

This game of heights accentuates the presence of the plot’s own curve, emphasizing the strength of its expressive capacity. On this modeled terrain, sits a volume of a marked mass character, with a predominance of opaque surfaces that guarantee the intimacy of the living spaces: a white block, a color with a strong presence in Ibiza, sculpted according to the program and project of the house together with the environment.

Inside, the ground floor includes the functions of a day area, with open spaces that combine the uses of the living room, dining room, and kitchen. Despite the spatial unity achieved, the design of furniture and the study of lighting facilitates the configuration of different environments that adapt the experience of space to different situations. The openness is also nuanced by the possibility of making the kitchen independent by means of a series of mobile panels integrated into the walls, resulting in the versatility of the distribution.

The layout on the ground floor is conceived in such a way that it opens up to the wide panoramic views, with the project of the Ibiza landscape house participating. It is achieved with glazed corners that can be fully opened, blurring the boundaries between the interior and the landscaped exterior.

The upper body cantilevers over the shadowed lower plane, opening across the front to turn towards the privileged views of the southwest. The roundness of the volumetric gesture contrasts with the delicacy of the front elevation, with a careful execution that achieves the physical materialization of the ethereal edges.

A north patio fills the circulation space on the upper floor with light while providing a feeling of spaciousness. In addition, this element achieves all this without causing a loss of privacy with respect to nearby homes.

Adapting to the peculiarities of urban geometry, the access folds the rear façade following the inclination of the site itself, in a slit that rips the entire elevation and outlines the strong edge that results from the intersection of the different planes.

A light flying staircase leads to the upper floor where the rest of the night area stays are developed. The first floor rooms open onto a continuous terrace that runs along the cantilever and frames the landscape of the long Ibizan sunset.

With the intention of catching not only the views of Ibiza but also the breezes, the project arranges the main spaces of the house so that they can enjoy a double orientation: on the ground floor through the confrontation of two large glass panels and on the ground floor first with the interposition of a long landscaped patio.

See also  An Apartment in Mooca by oitentaedois feat. Firma

In this way, not only is it possible to generate cross ventilation that allows the advantage of the favorable weather conditions of the island, but also a complete sensation of spatial continuity between the interior and exterior is achieved.

Thus, the diaphanous space of the day area is conceived as an uninterrupted concatenation of the exterior-interior-exterior, with its different gradients determined by the interposition of the overhangs, whose cast shadow not only regulates the solar incidence but also prolongs the sensation of inside on the outside terraced. The stone plane of the pavement finds its culmination with the water plane of the pool that, as if it were a cove in Ibiza, with its blue reflections