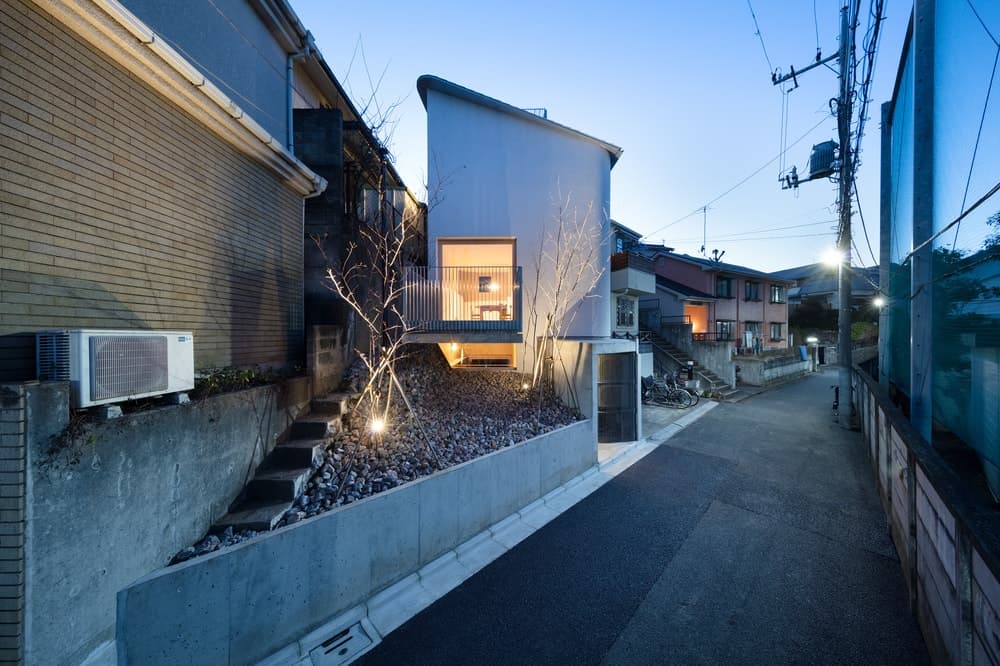 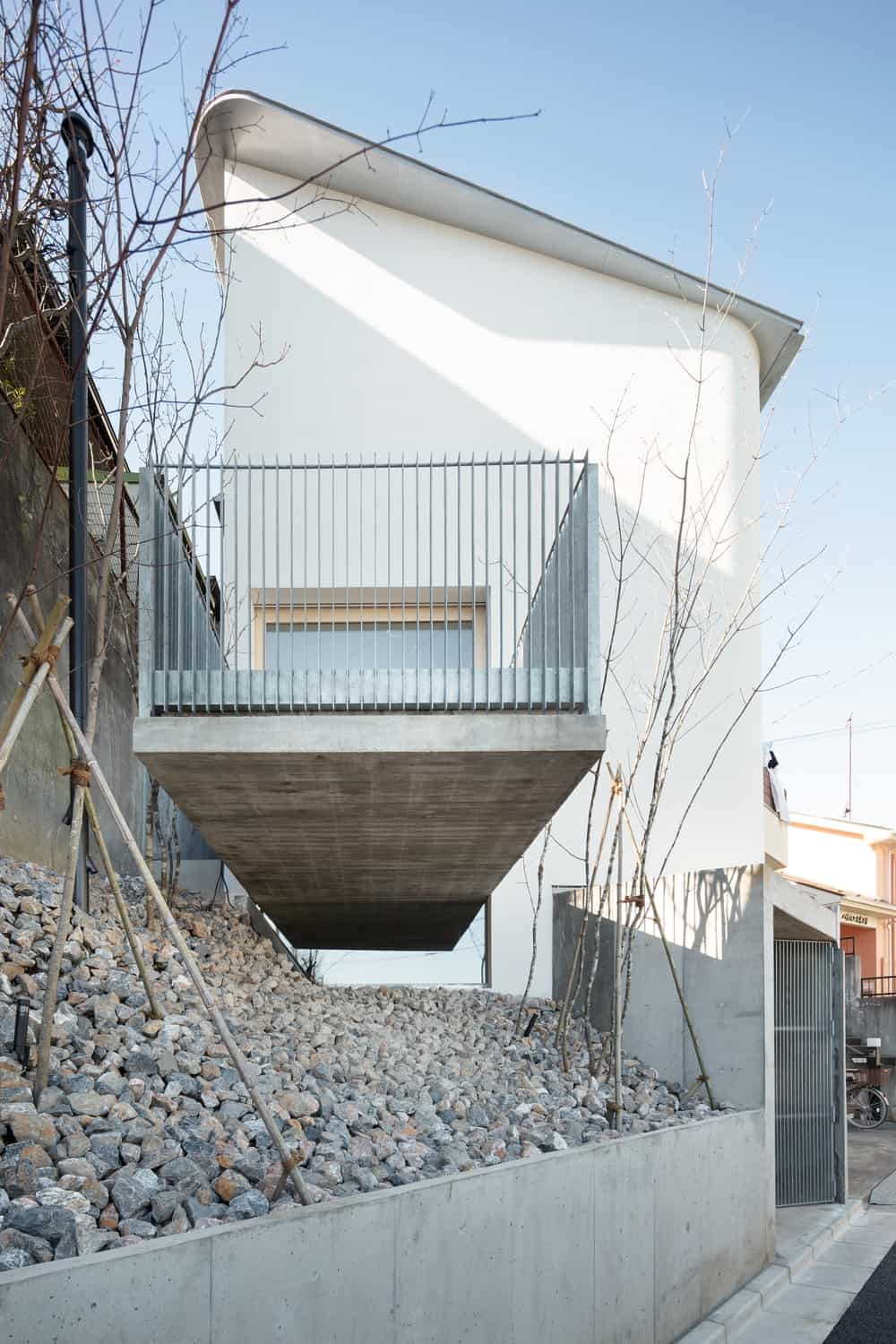 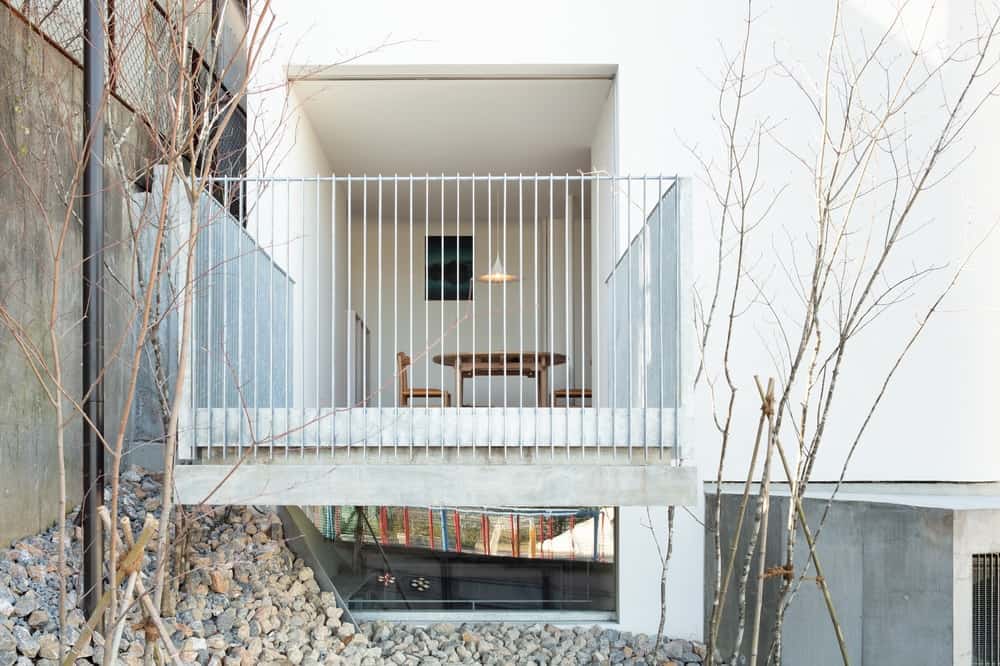 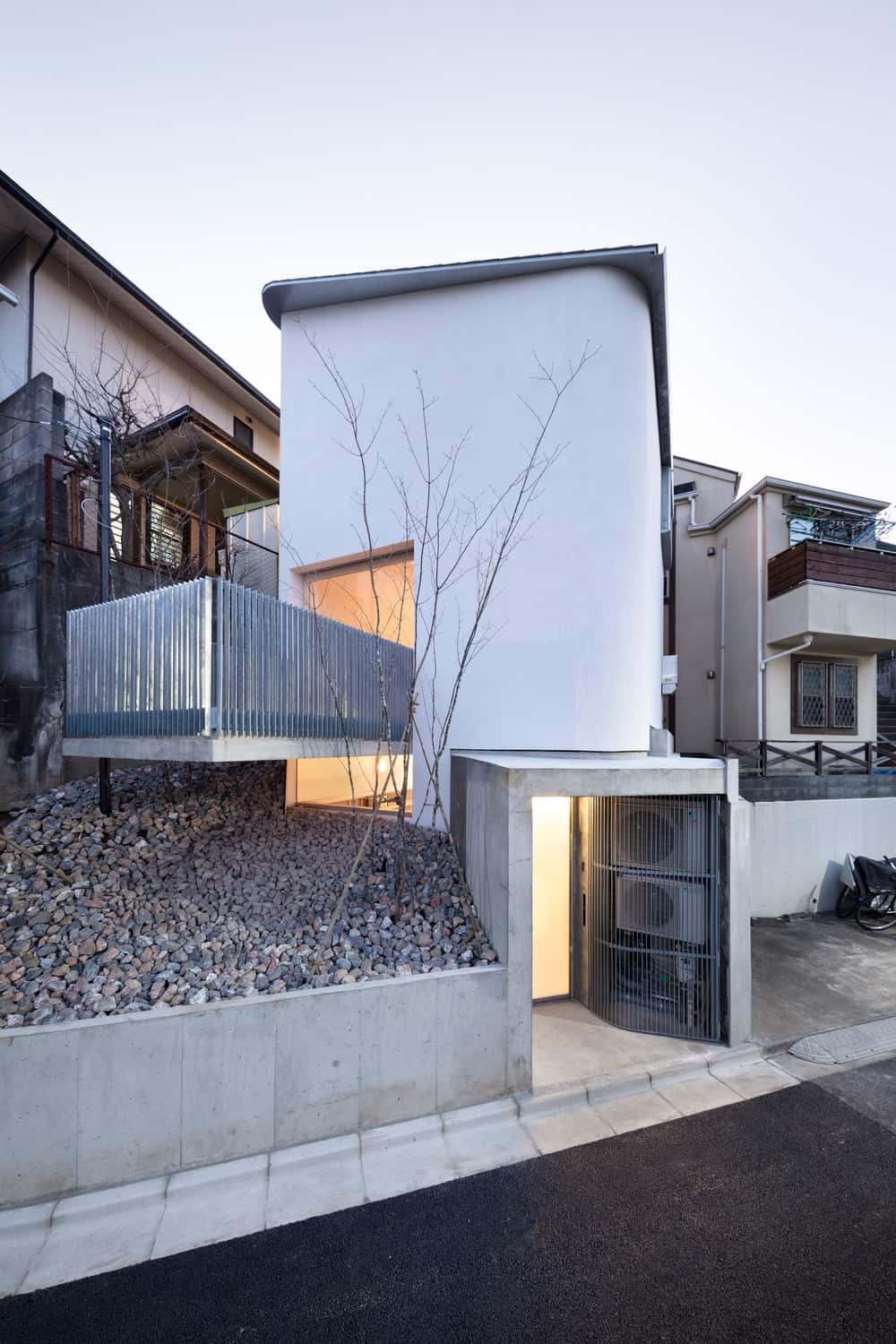 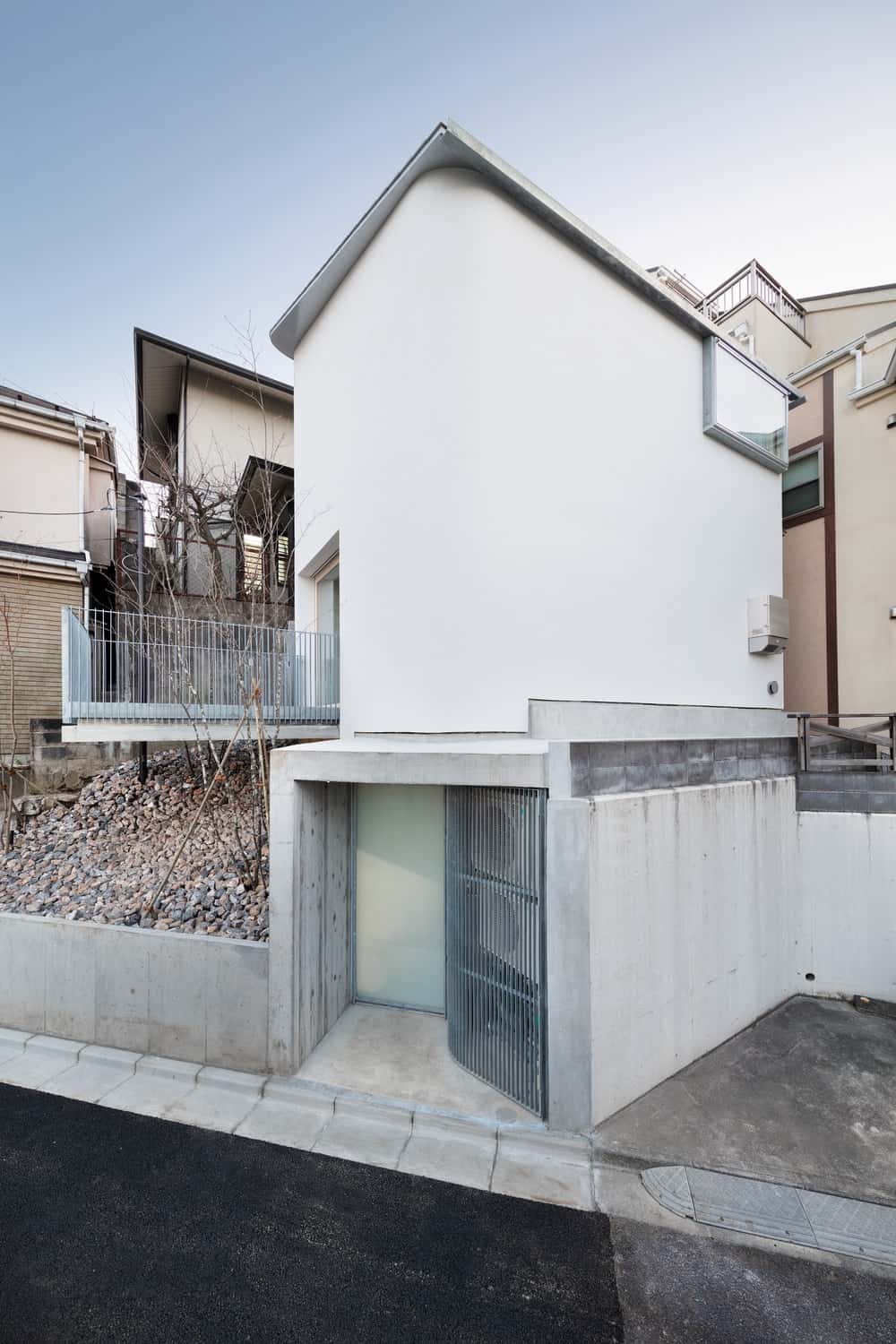 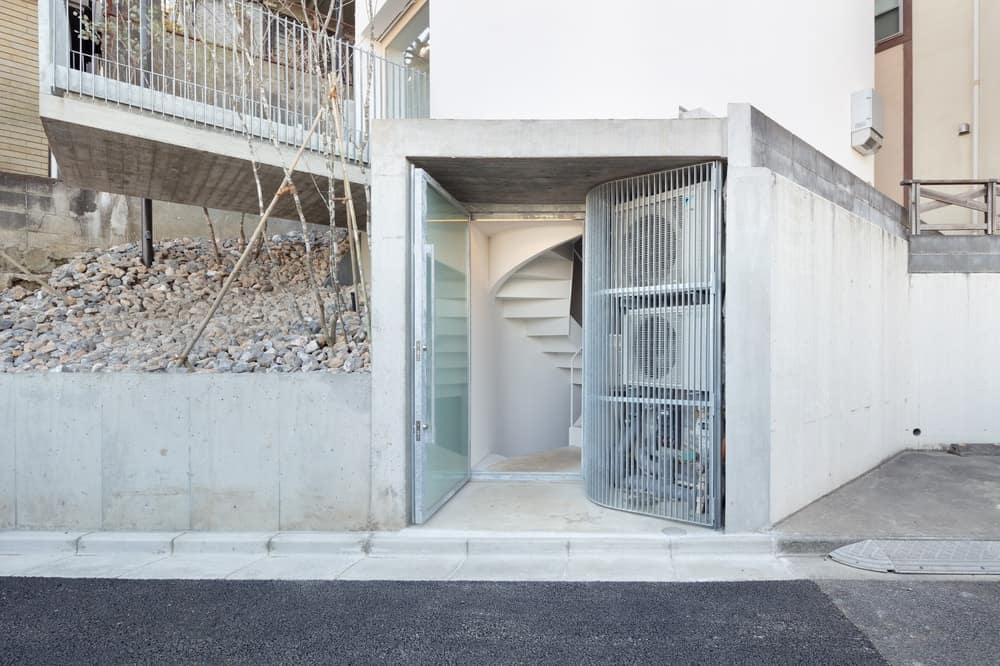 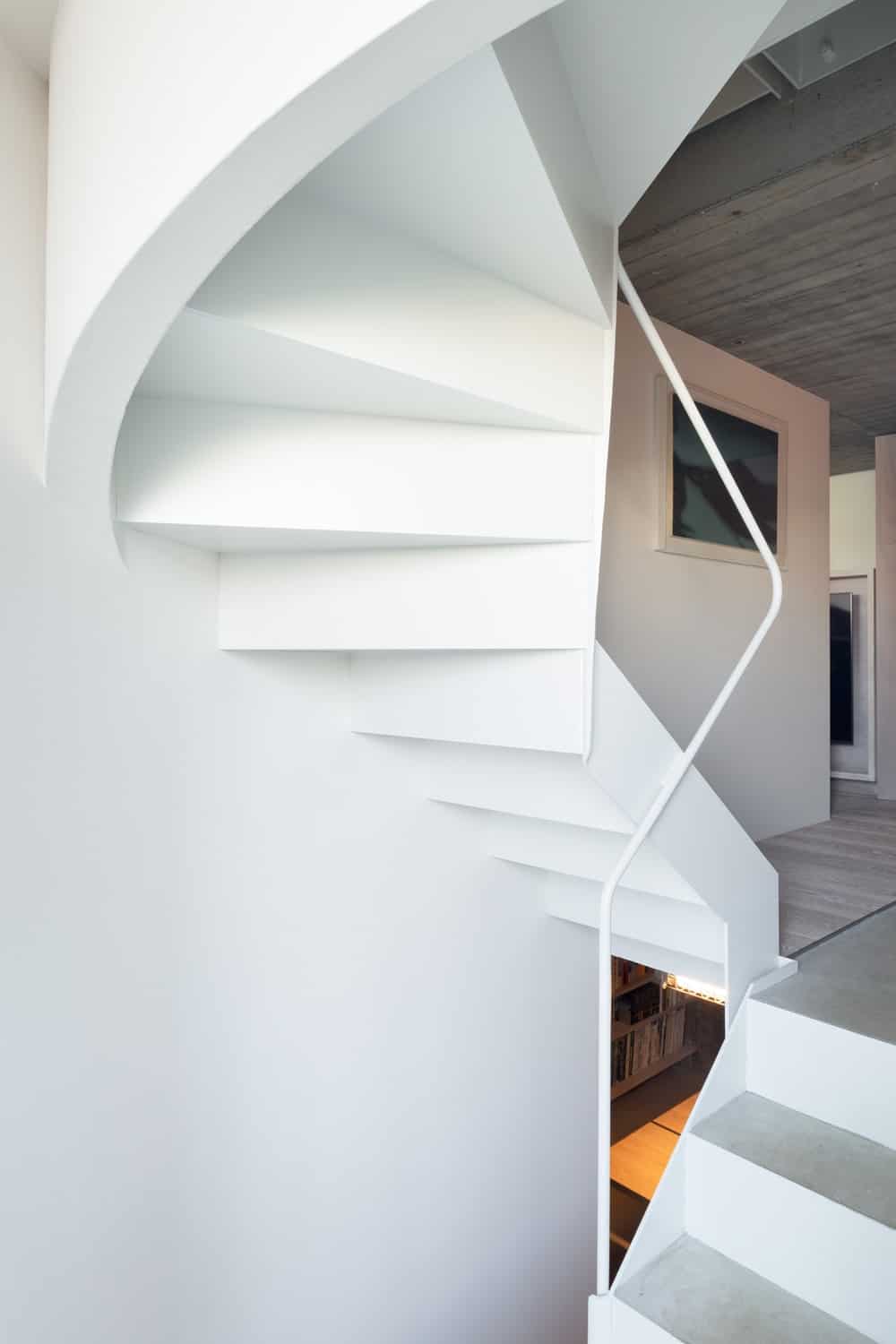 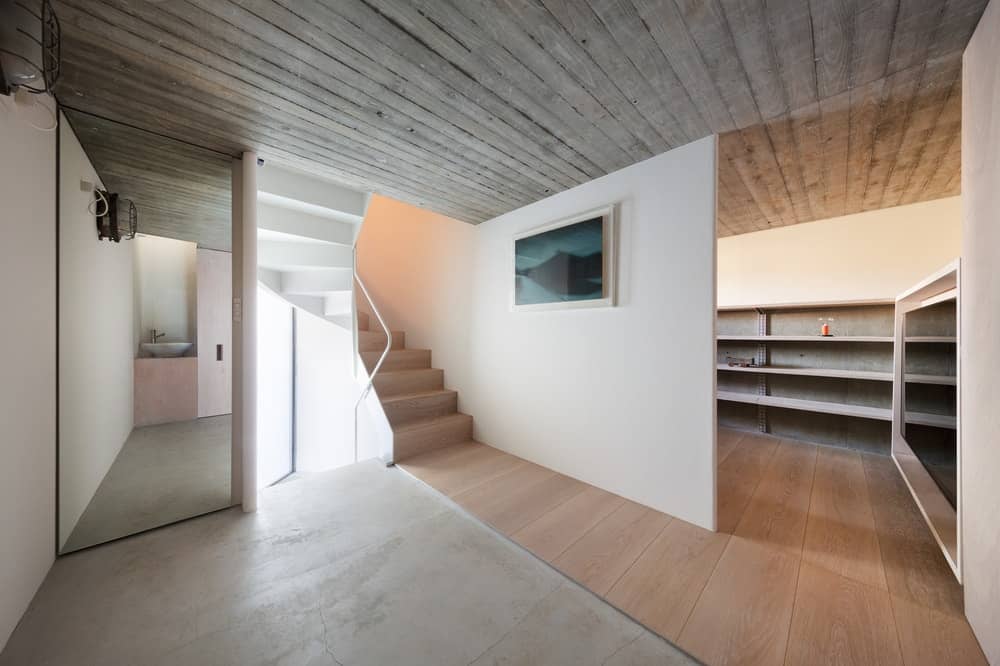 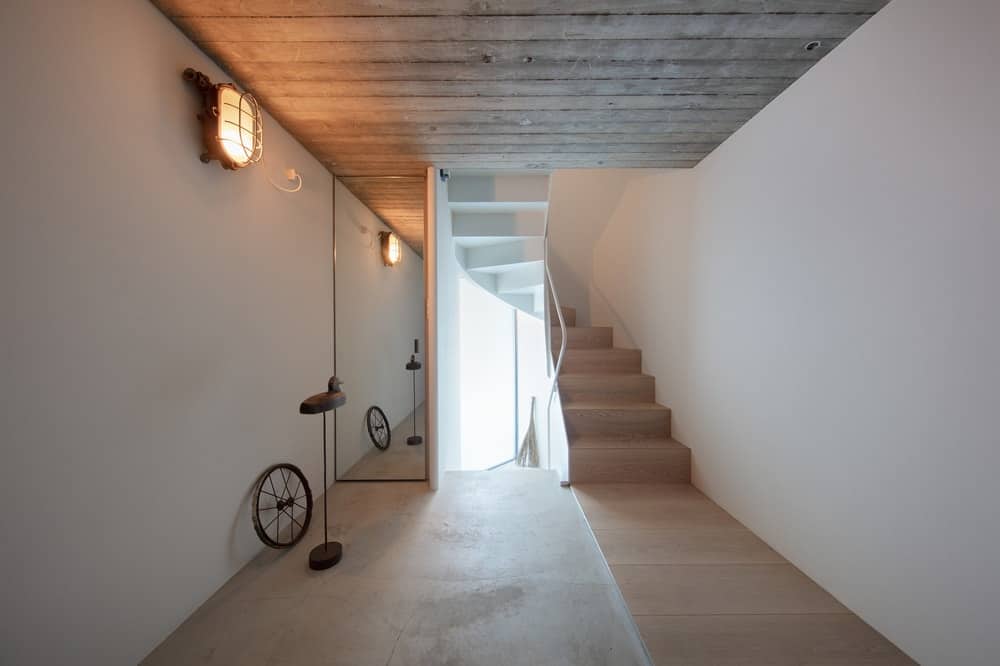 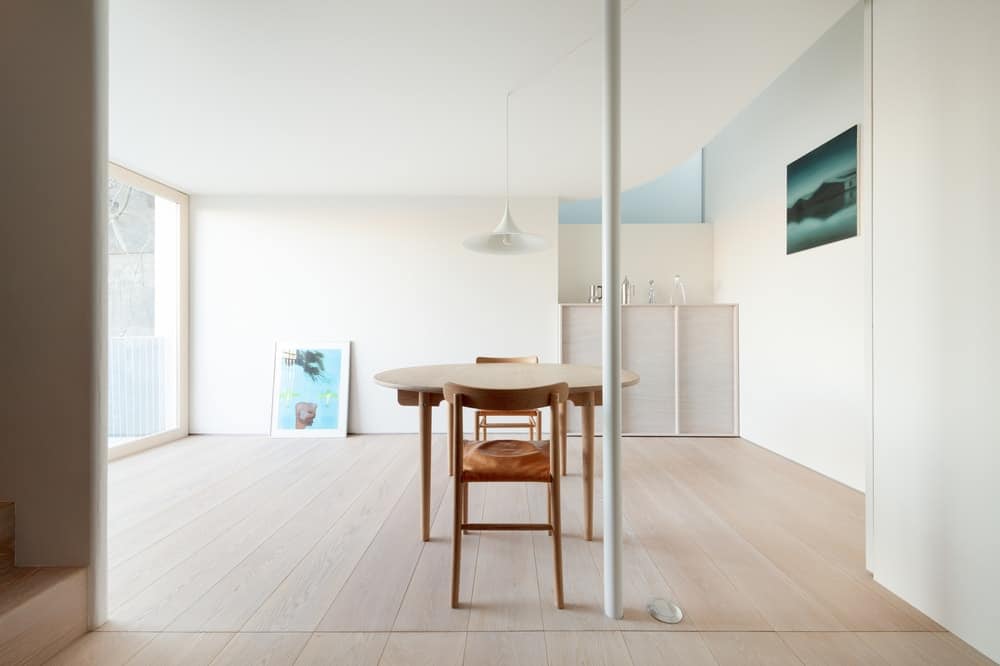 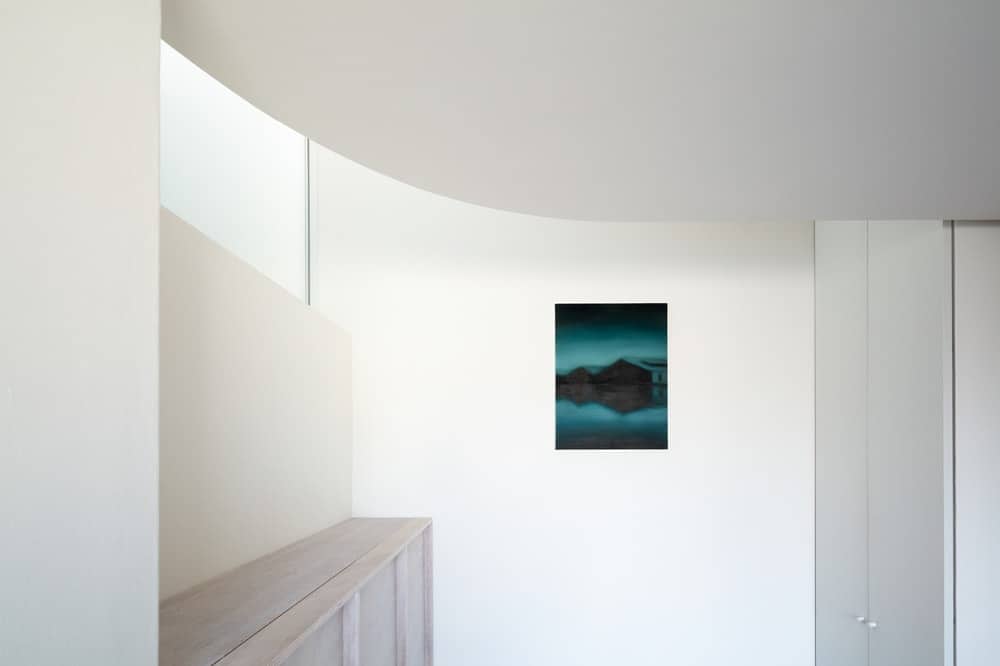 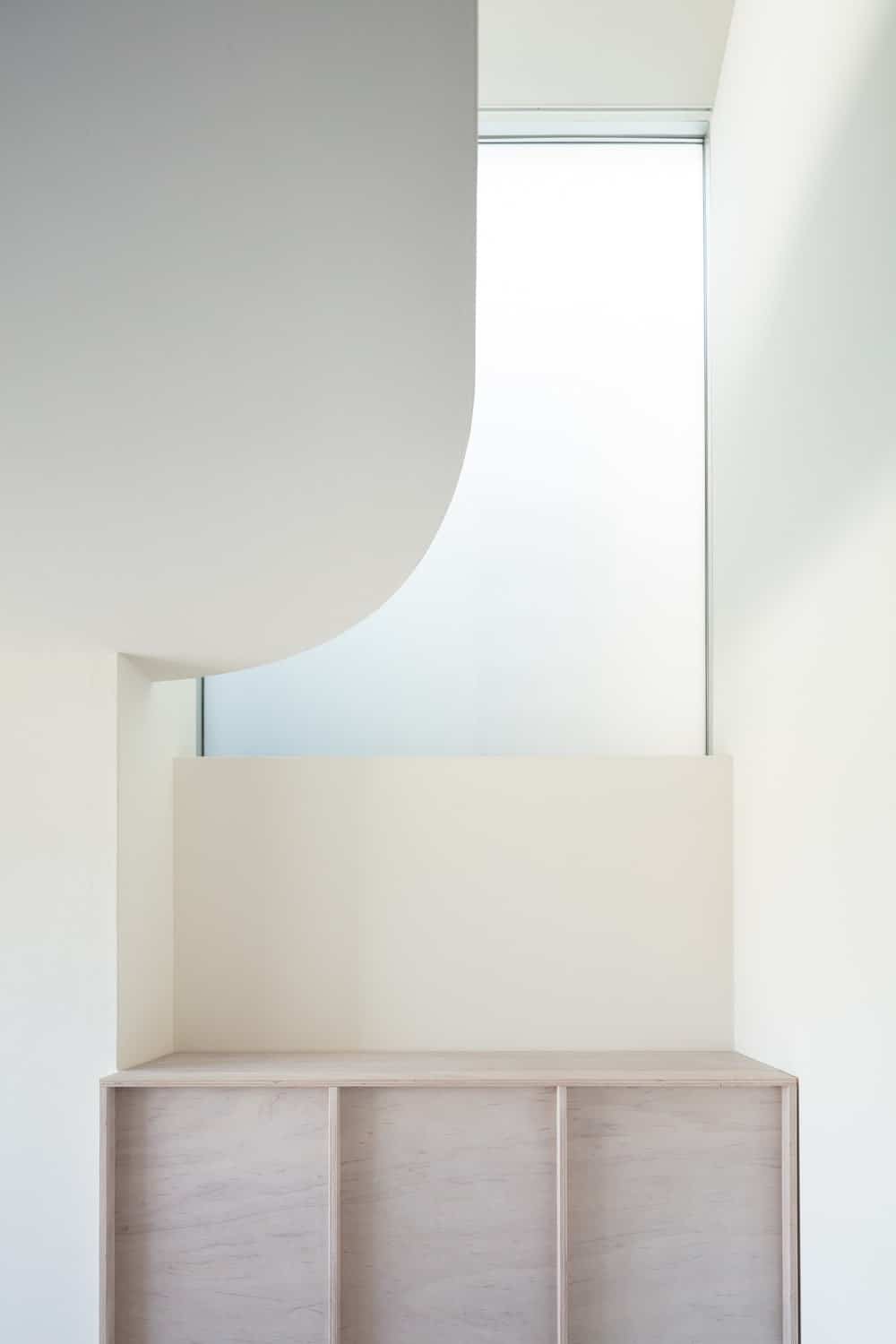 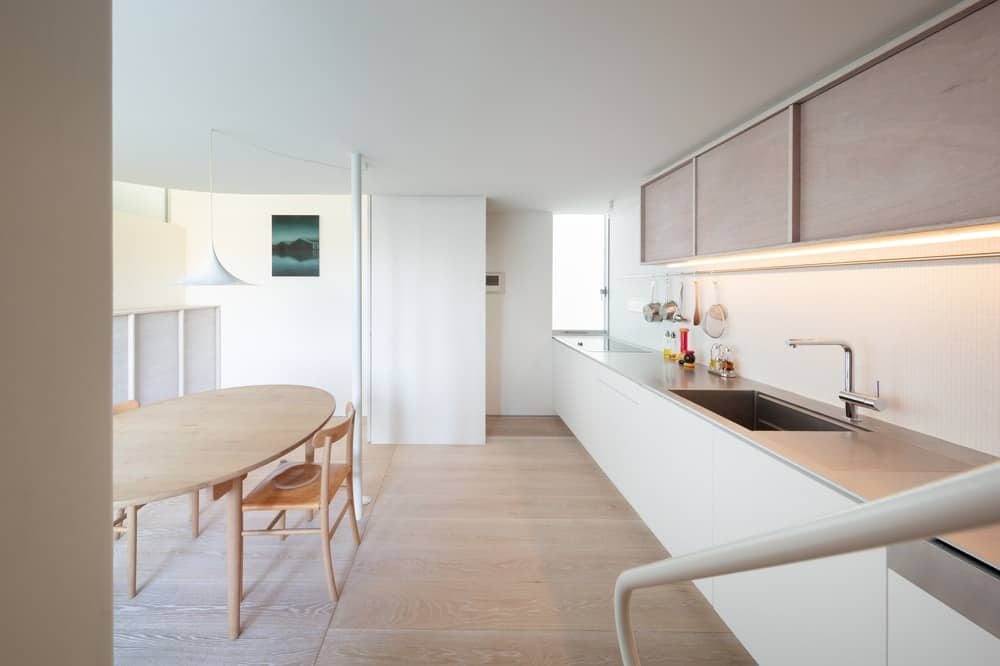 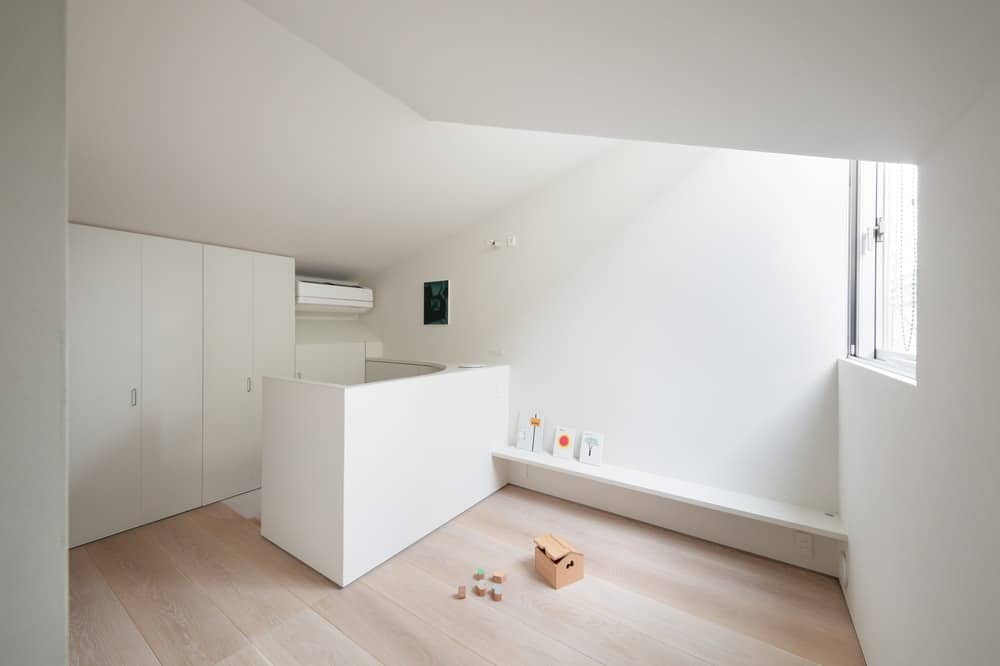 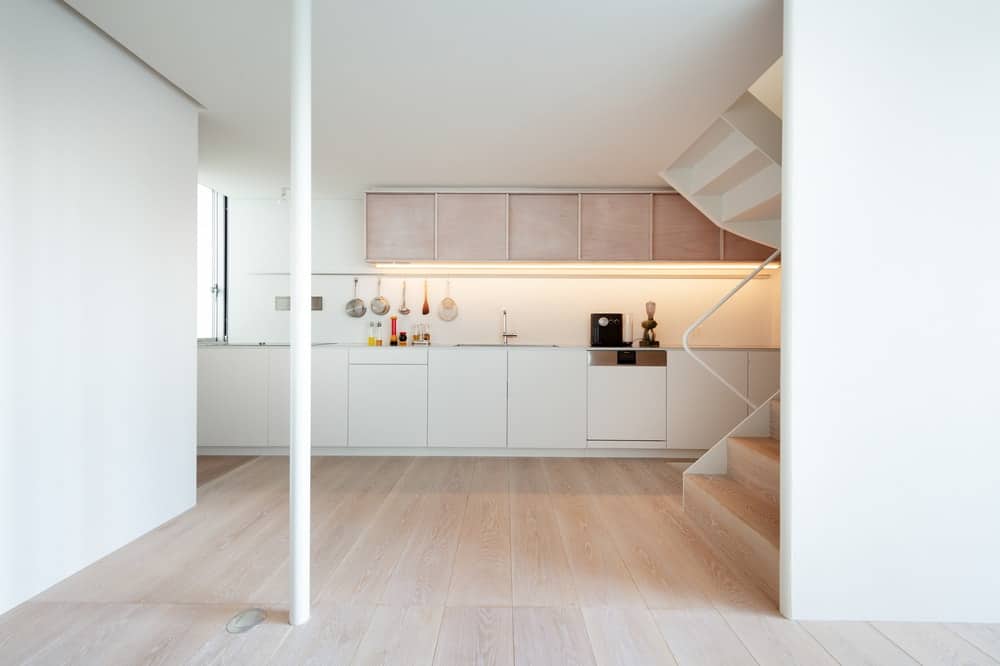 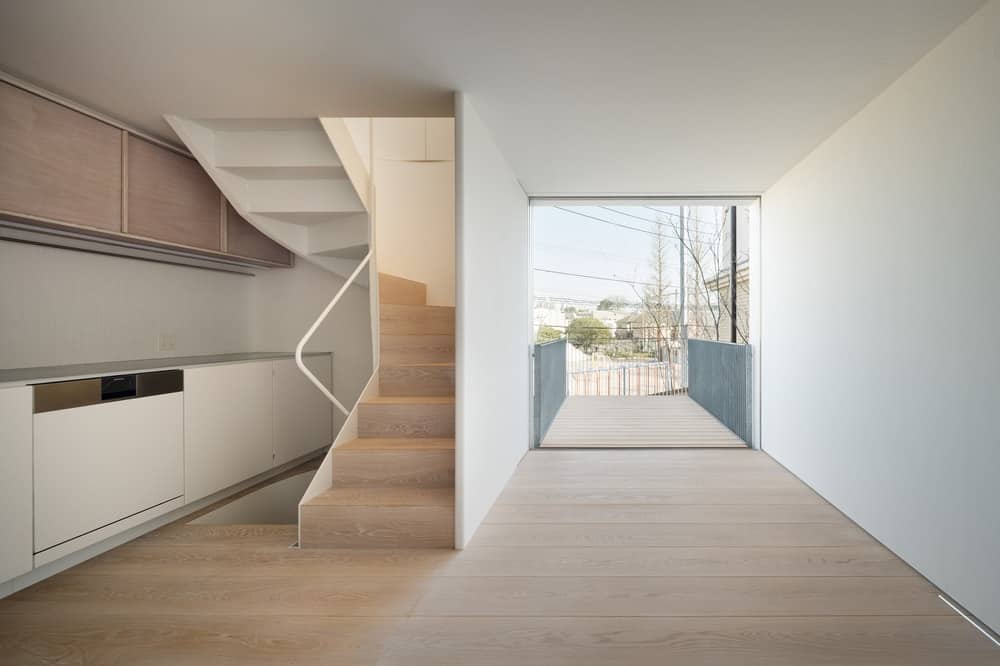 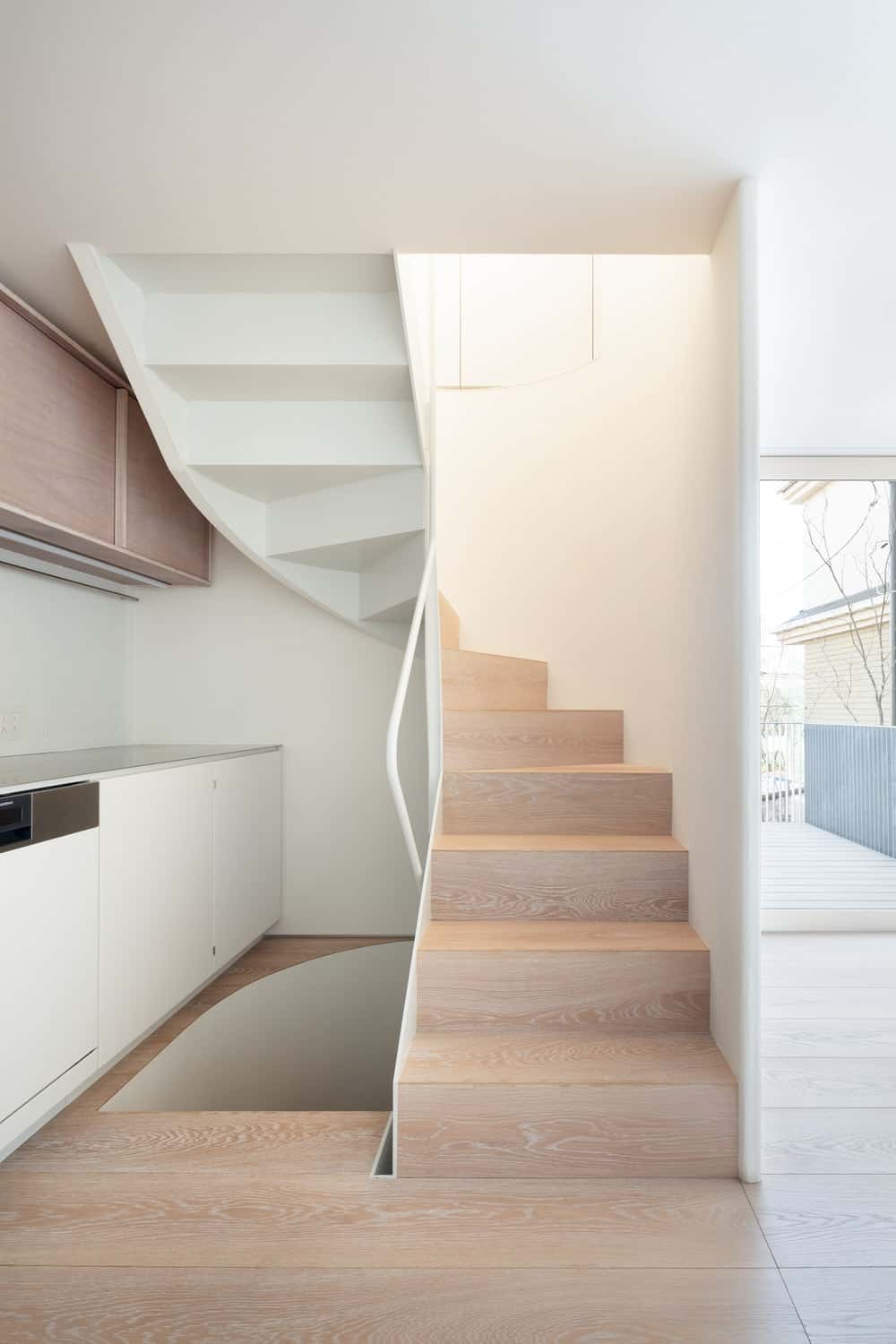 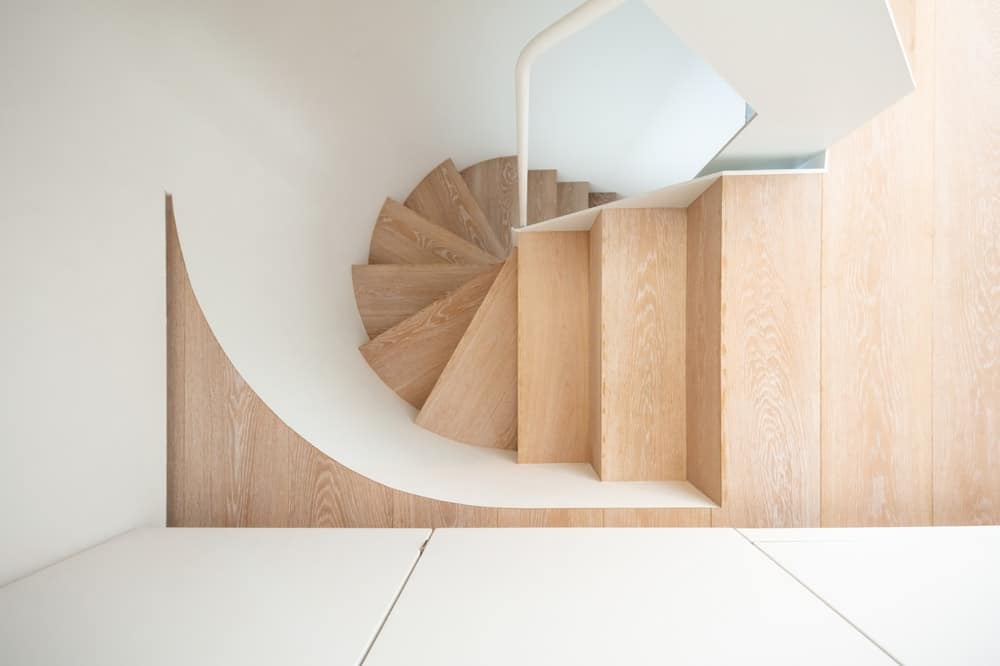 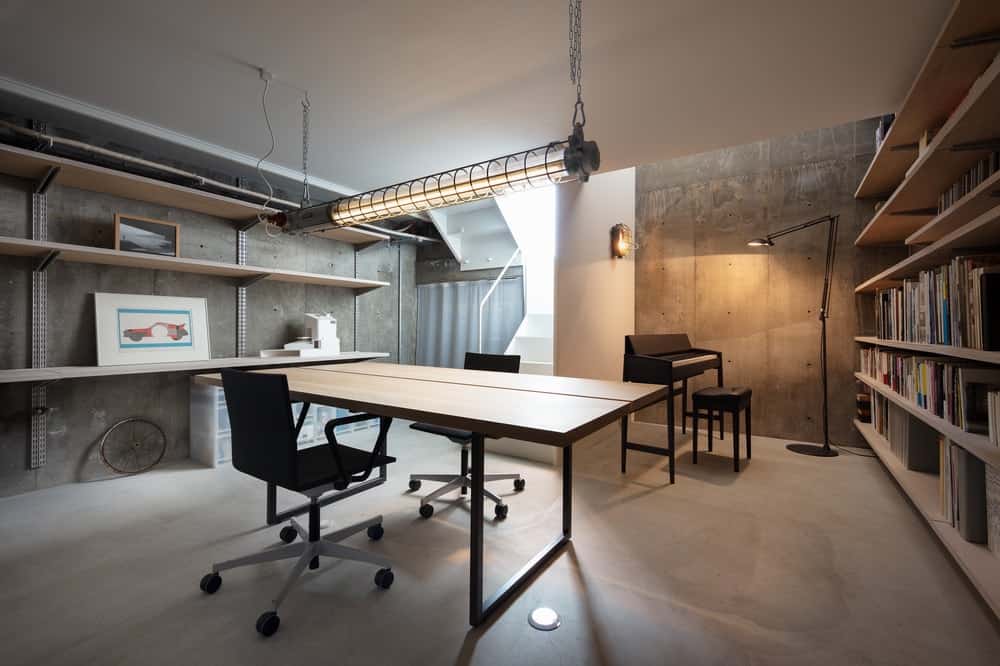 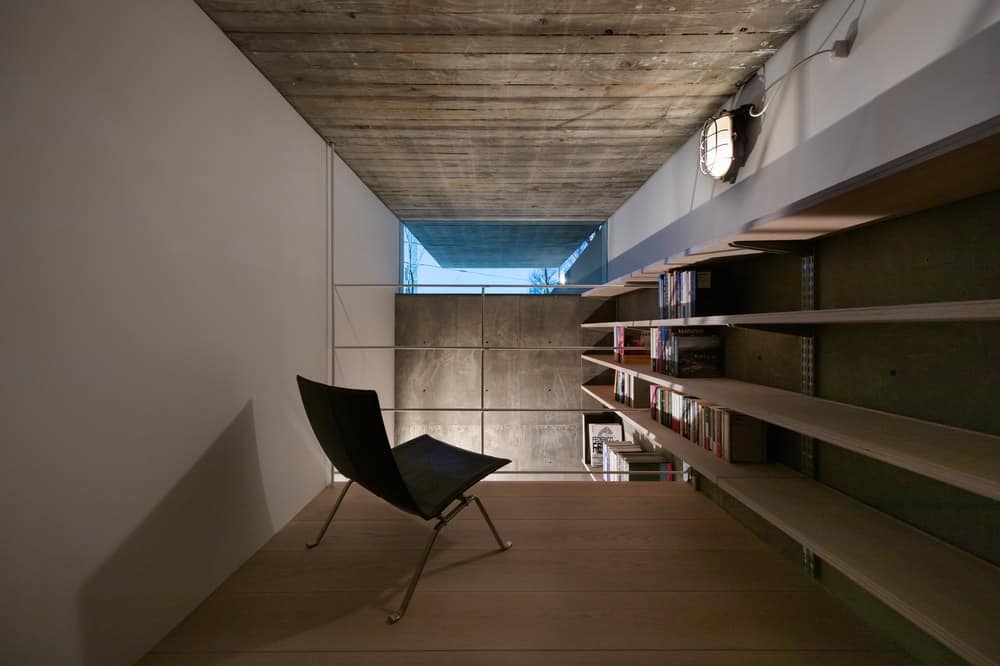 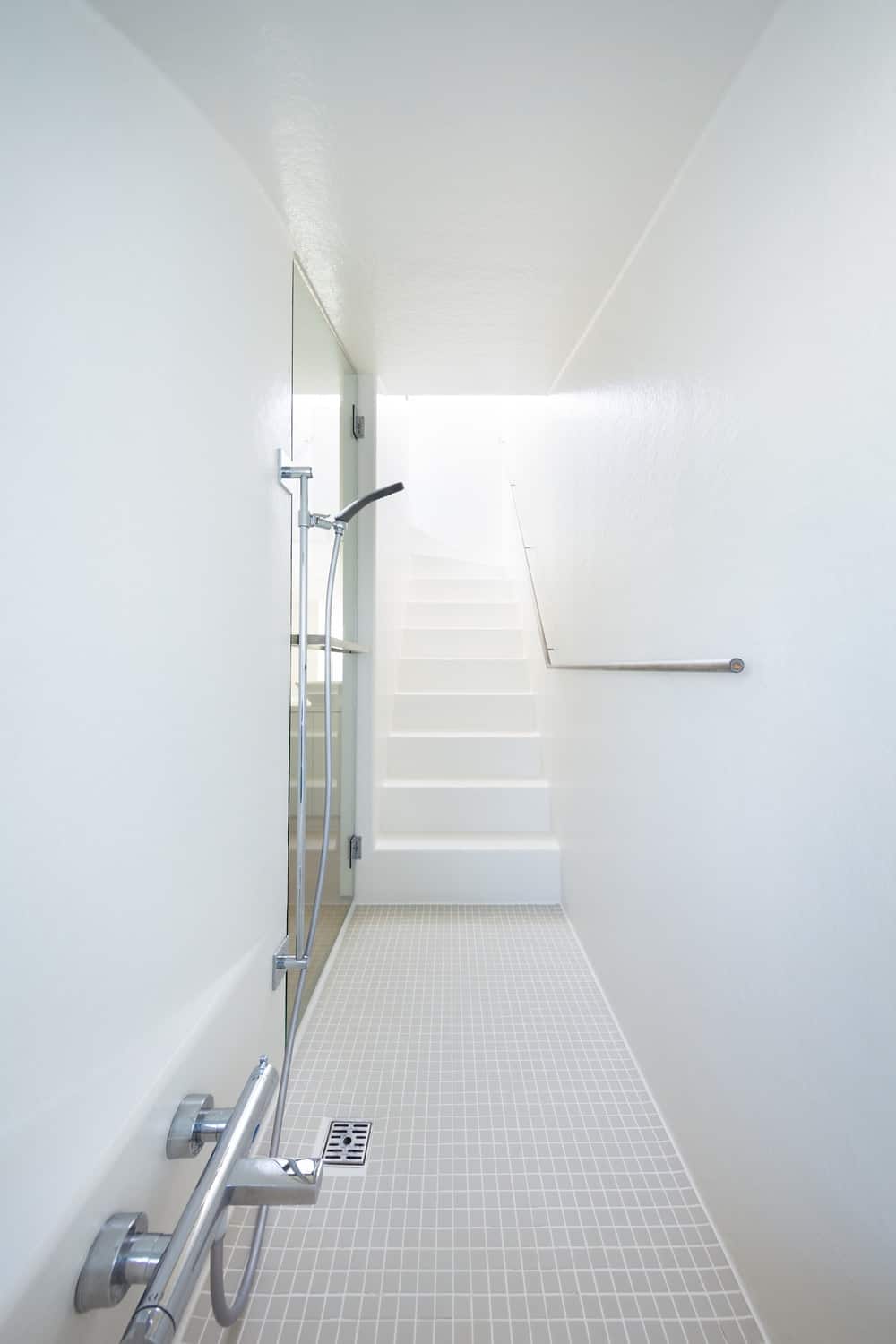 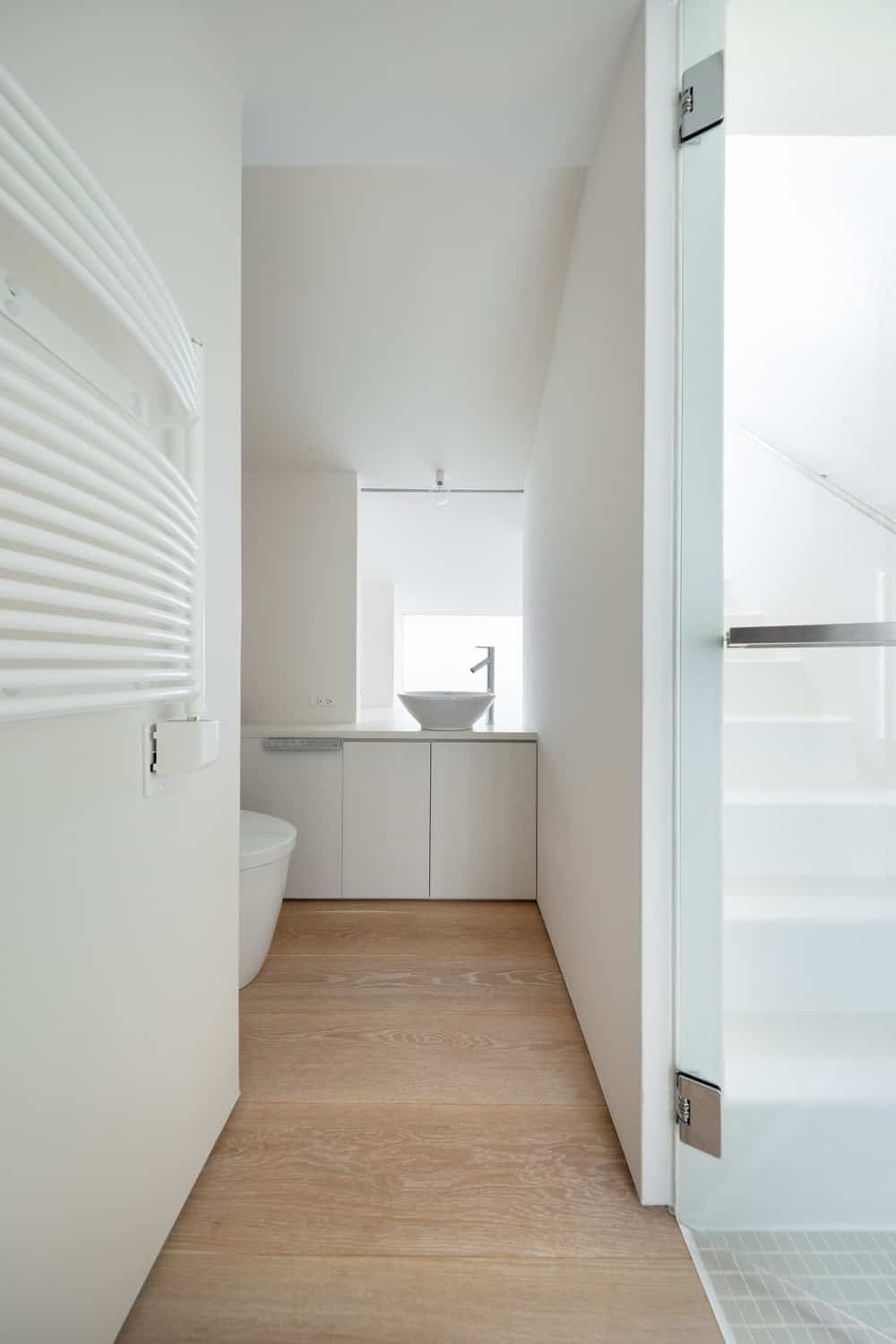 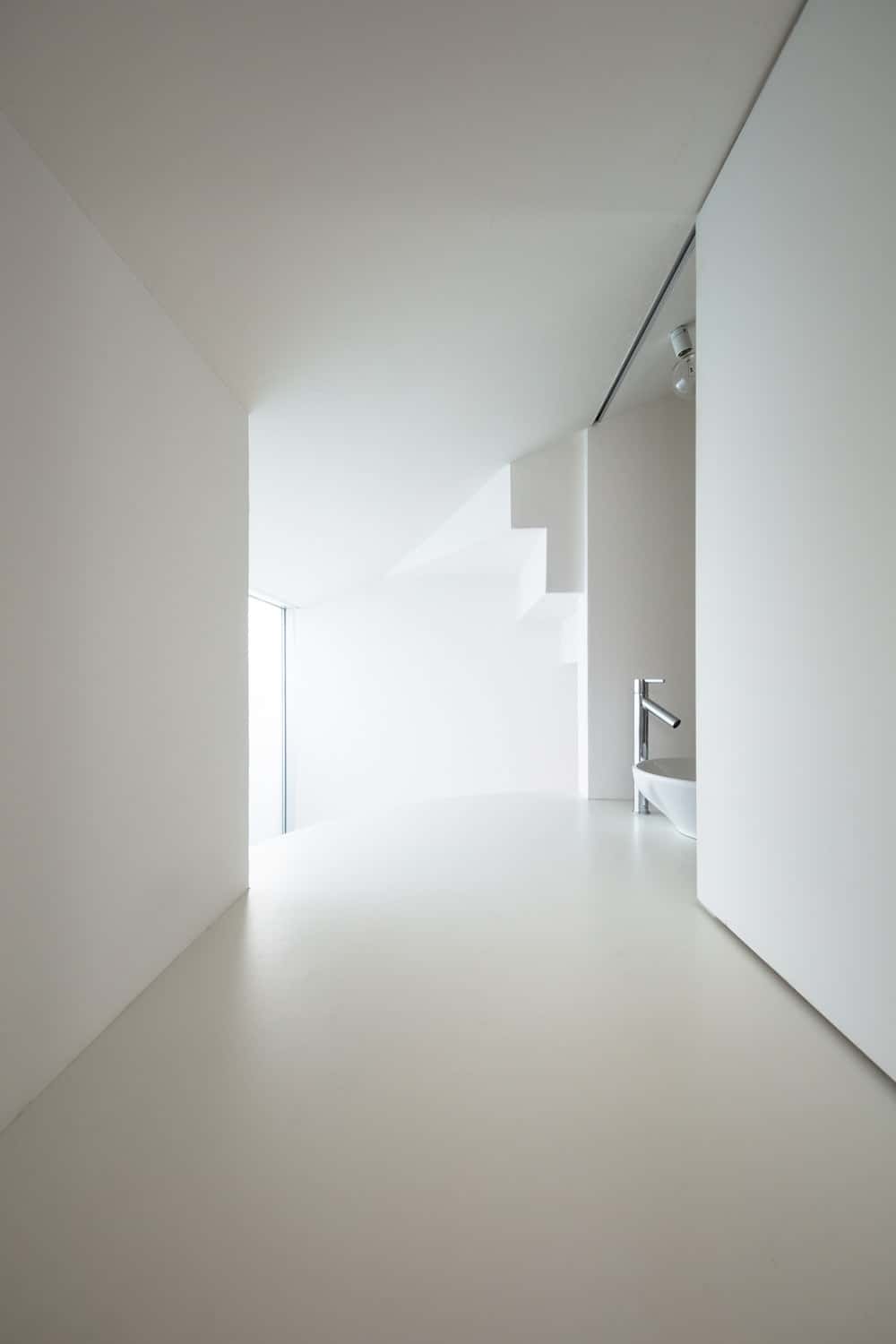 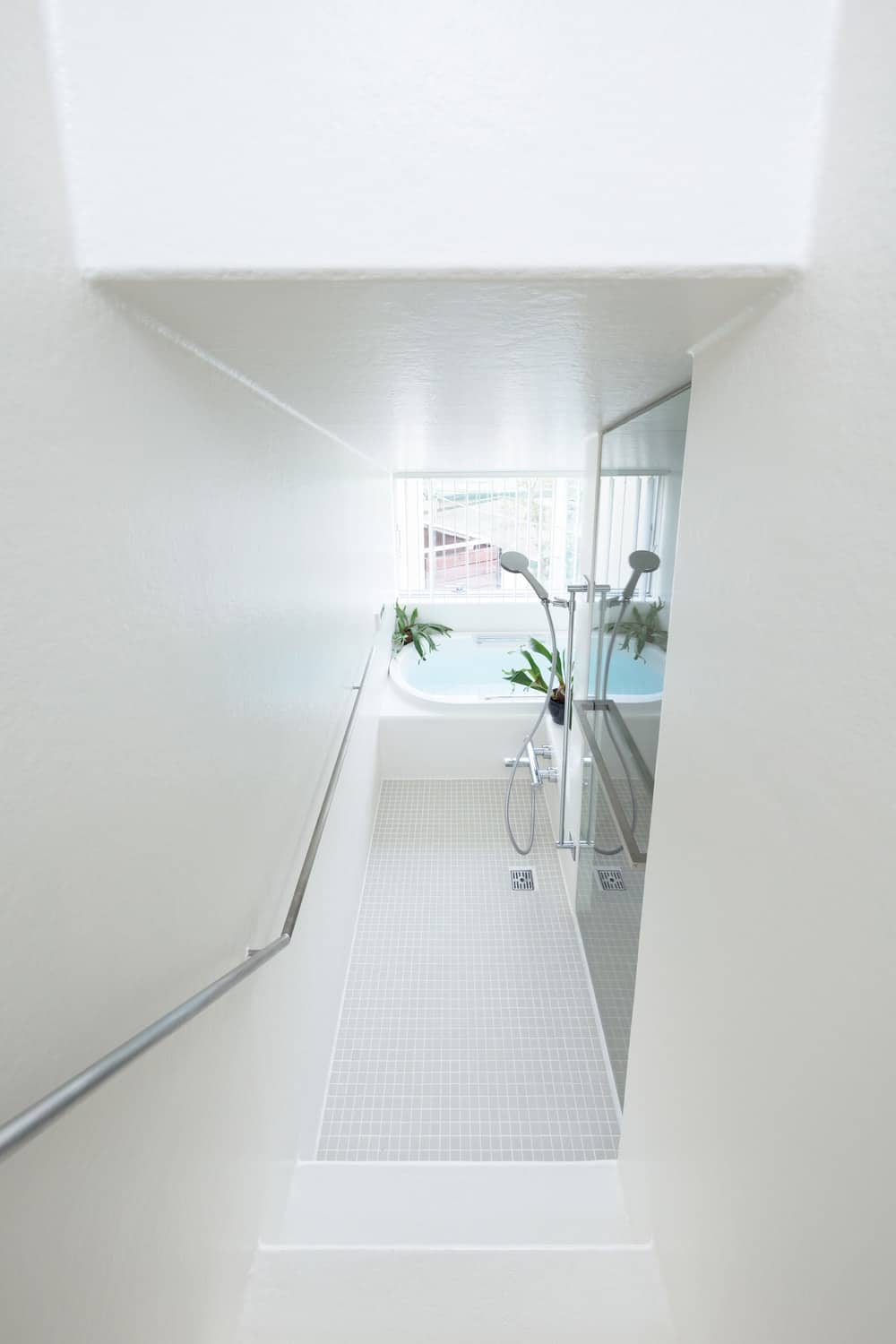 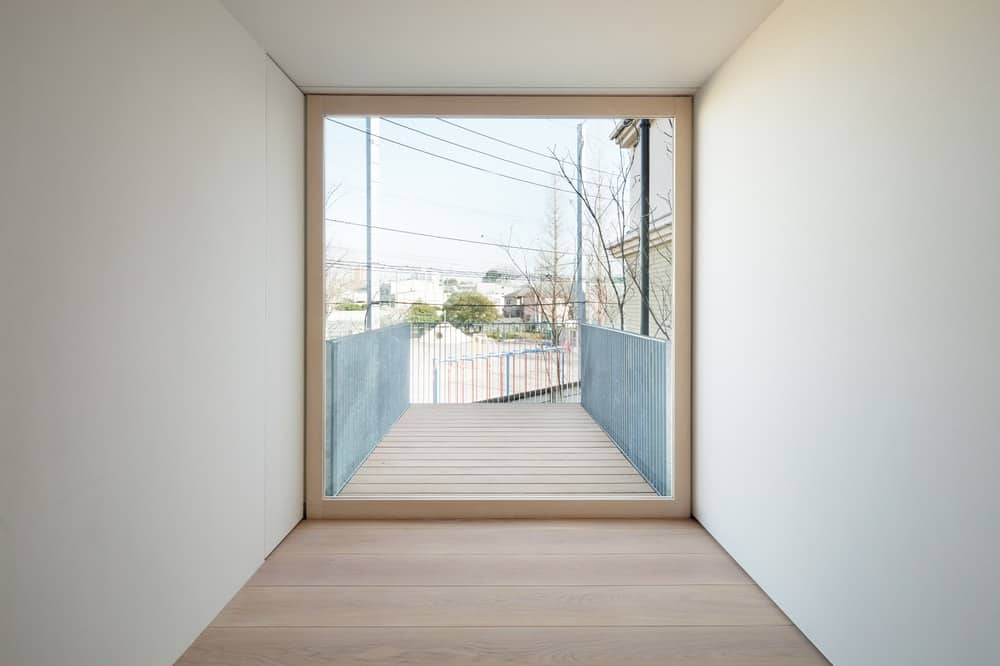 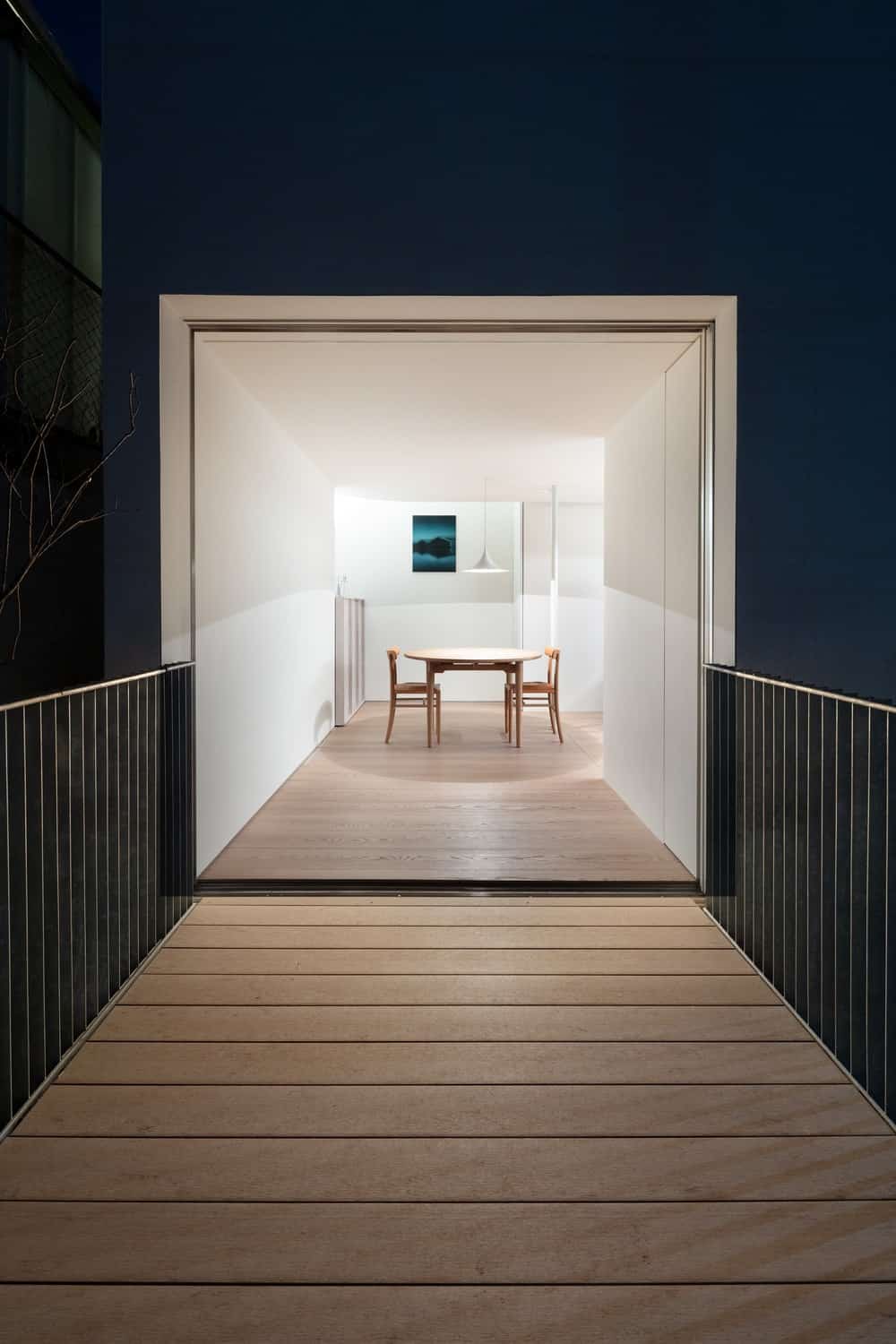 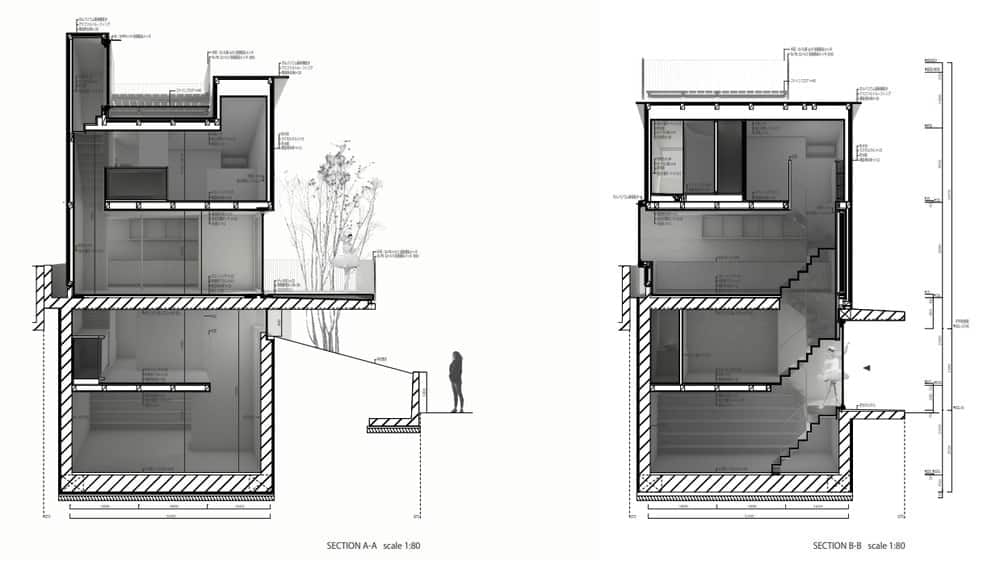 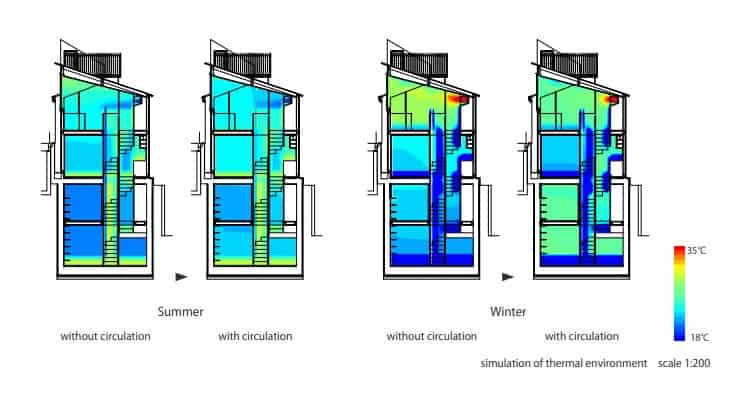 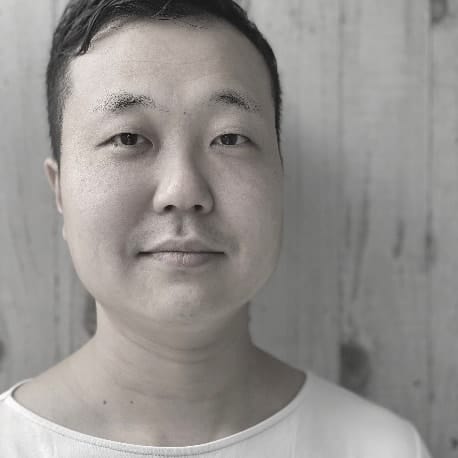 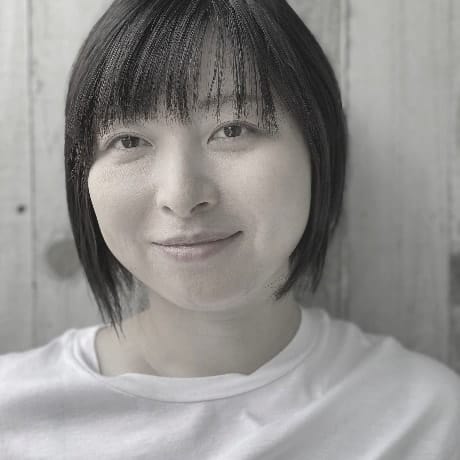 The site is a small lot of about 50 square meters located in a residential district on the outskirts of Tokyo. While the view is blocked on three sides, the ground level is 2 meters higher than the road facing the eastern side. This gives it a unique floating feel and open views toward the schoolyard on the opposite side of the road. The house is for a couple, who are also the architects of the project, and their children.

Despite severe restrictions, such as setback-line regulation and having less than 25 square meters of allowable building area, we arrived at a tower-shaped design consisting of two underground and two above-ground floors. Light, air, and the presence of the residents will travel between the floors through a circulating staircase and a small void positioned on the corner of the rooms, which culminate in a gentle “flow”.

On the cross-section, the entrance is on the middle layer. Upon entering this crack-like entrance, we are suddenly thrust into the “flow” and suspended in mid-air.

The flow has no clear beginning because, in our design method, we decided not to give the house a robust framework. Instead, we treated the different parameters—the arrangement of functions, relationship with the surrounding environment, and discrepancies caused by the long designing process—as elements that coexist inside the flow, which we assumed is like “basso continuo,” In other words, we did not have a clear overall perspective.

This process caused various disparities, creating inconsistencies between the openings and floor levels, and a relative scale difference imbalance between the rooms and residential equipment, which stay barely suspended in the flow. This stare of suspension also gives our family the redundancy to embrace not only the past and present but also the future with equal neutrality.

Check out our free 3D interior design software (desktops and laptops only).