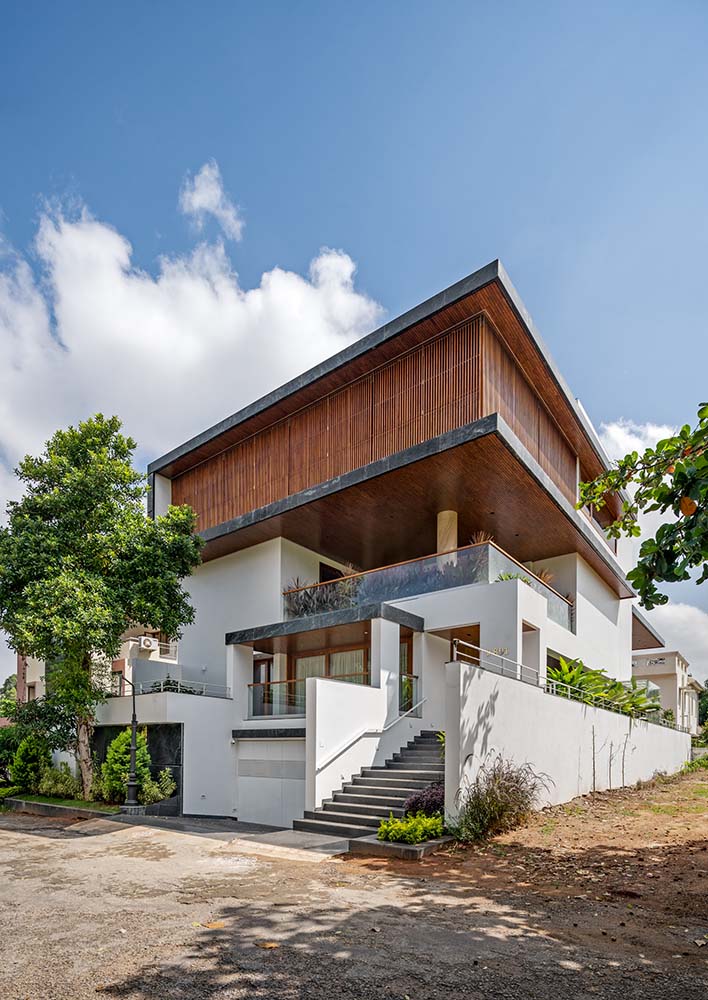 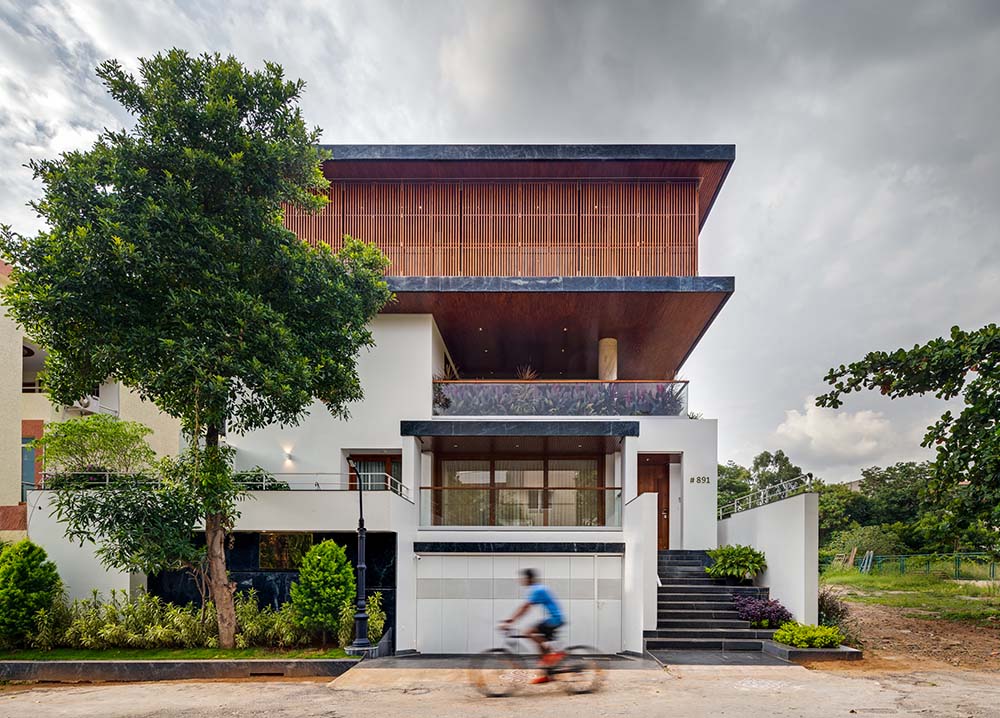 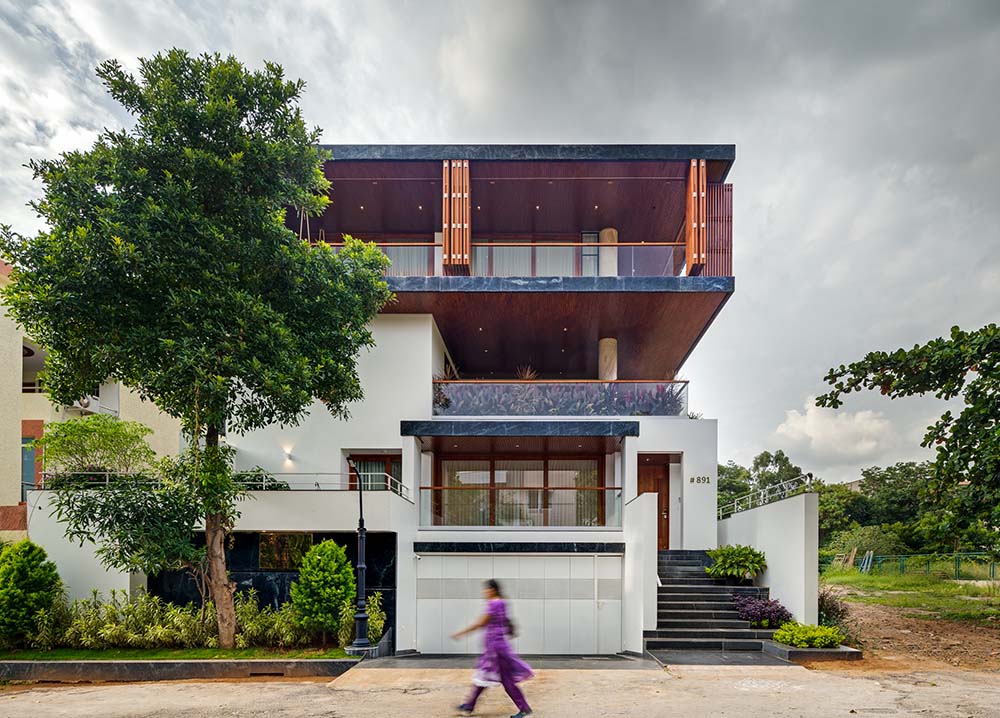 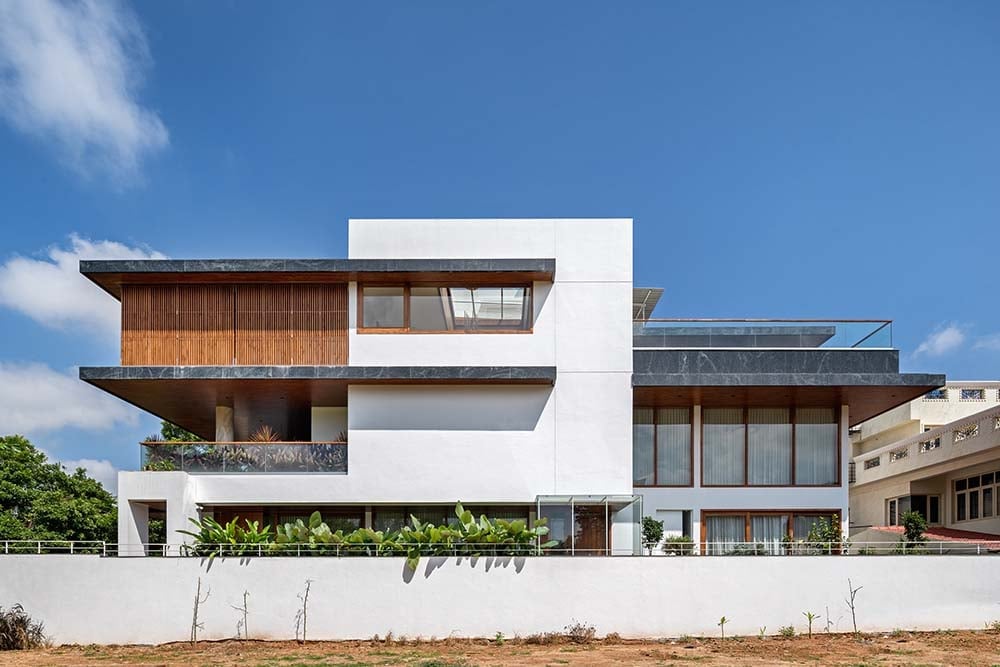 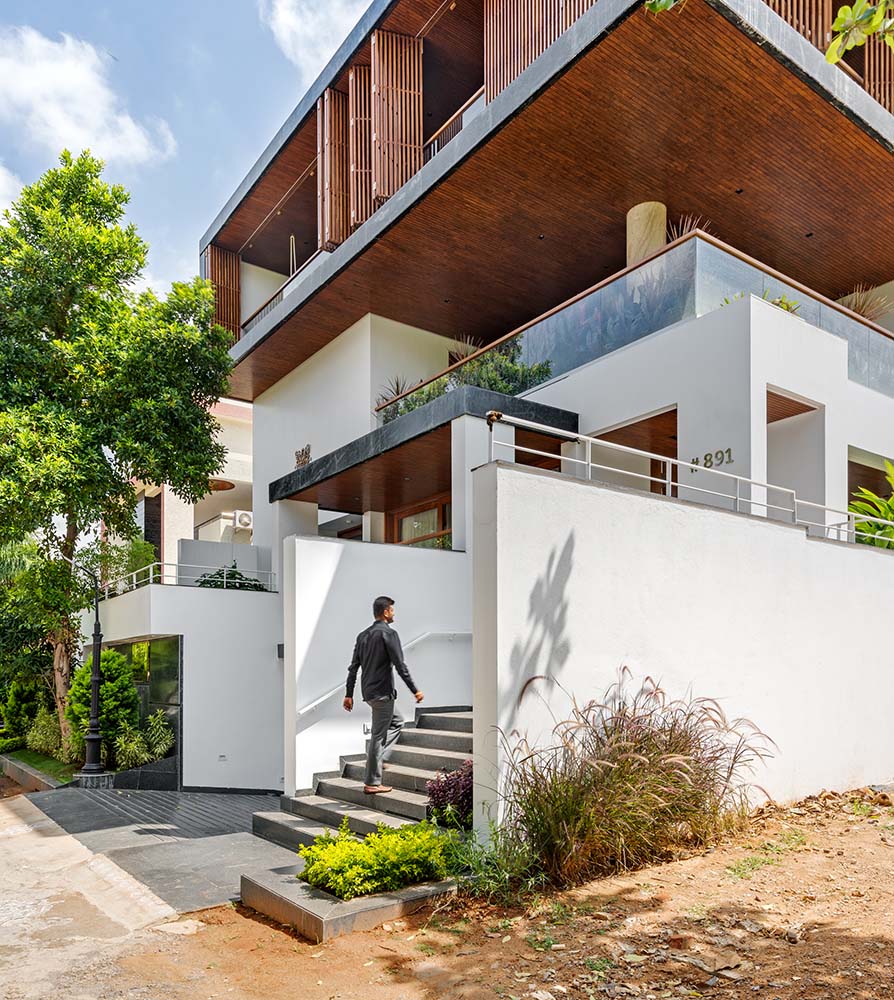 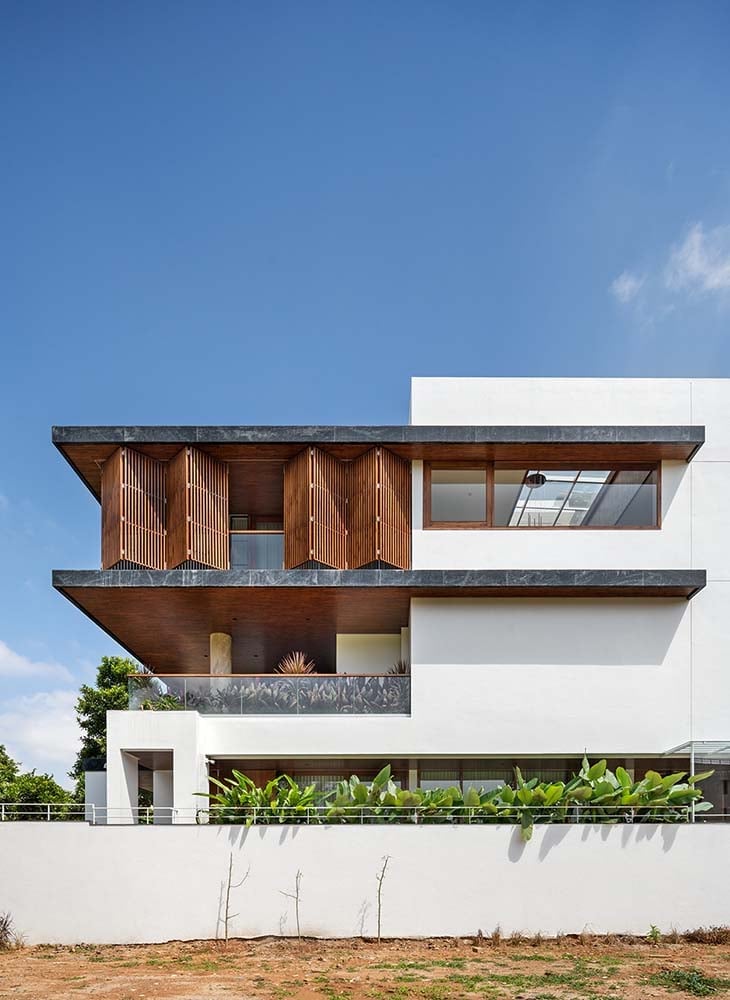 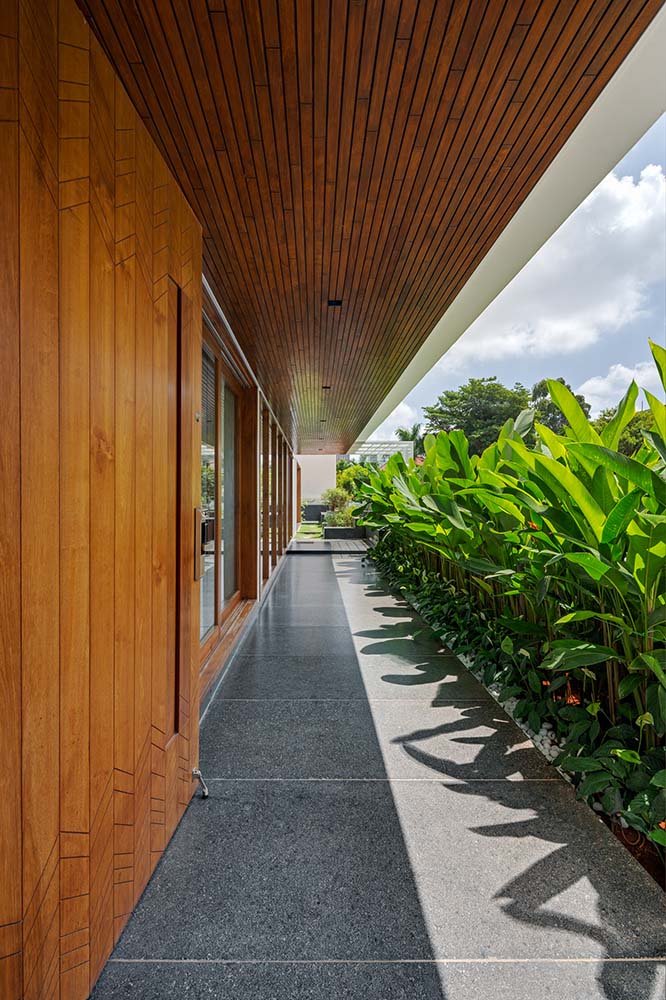 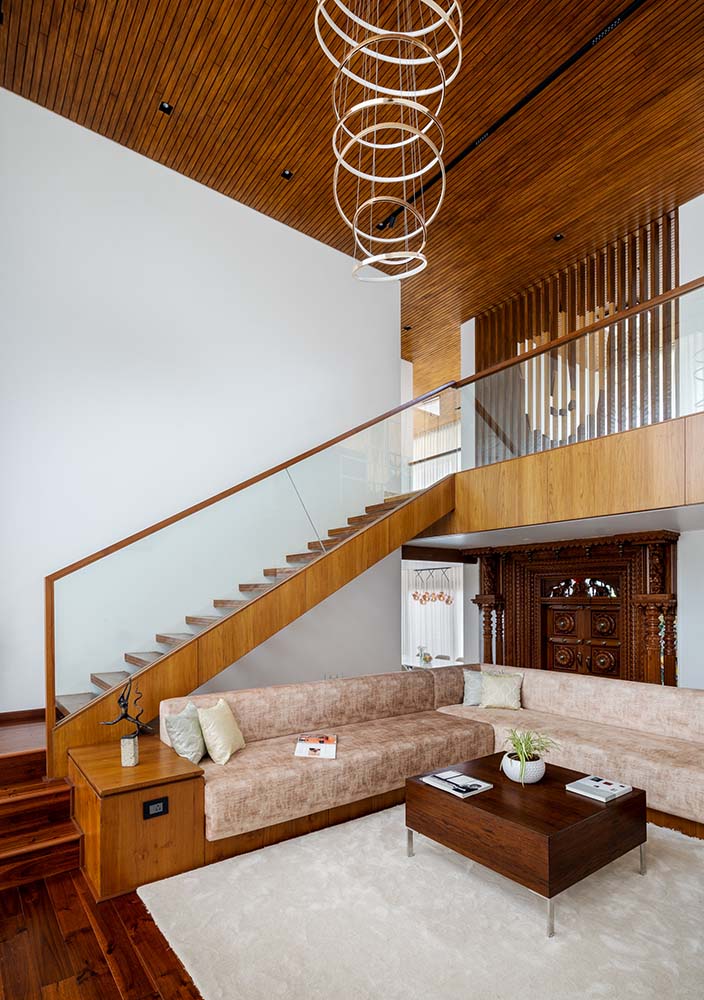 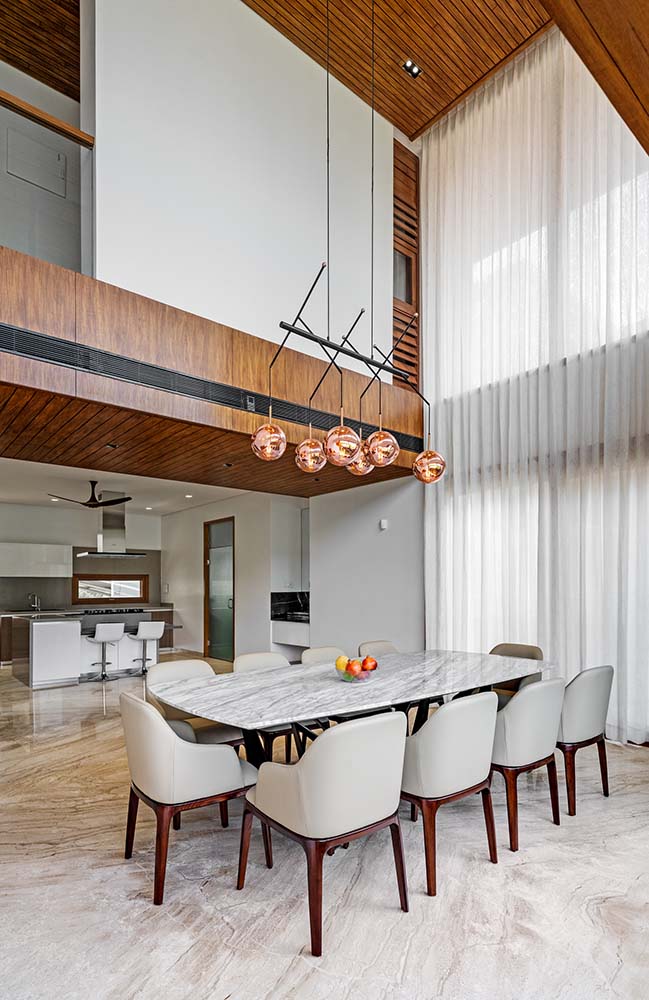 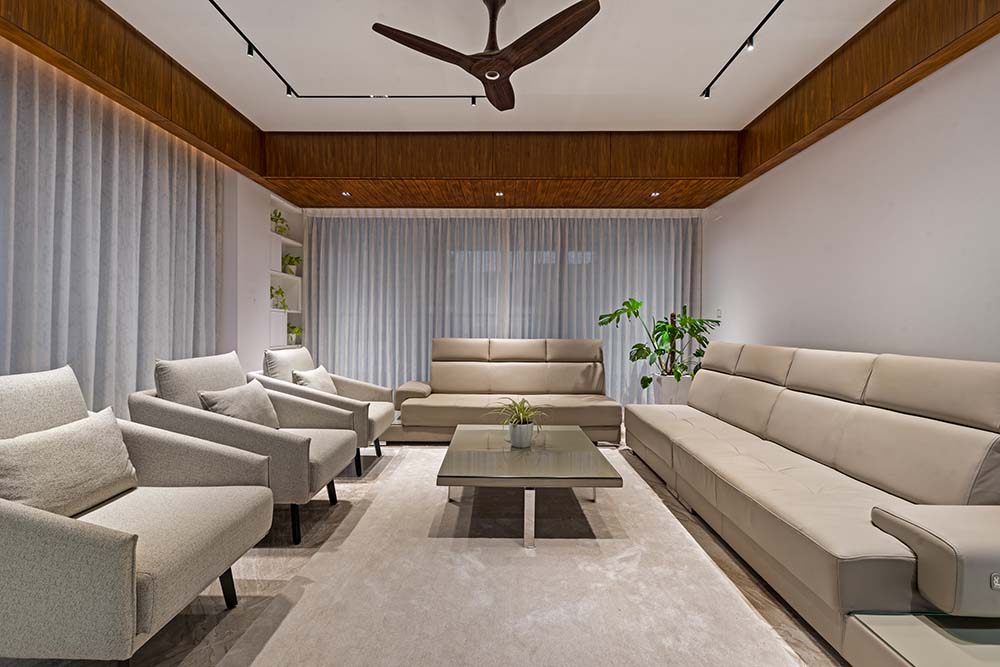 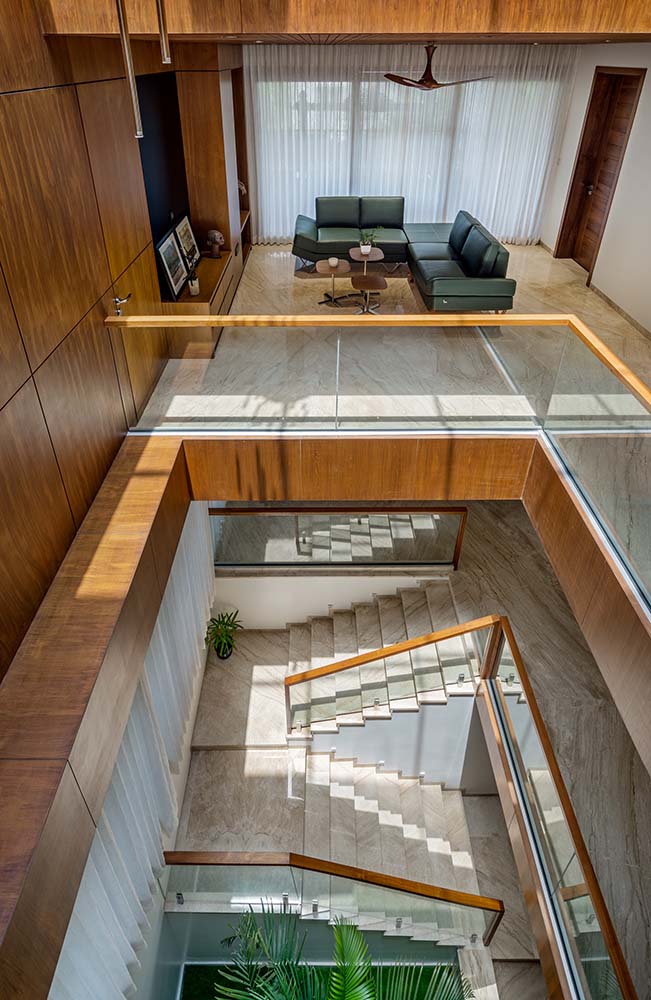 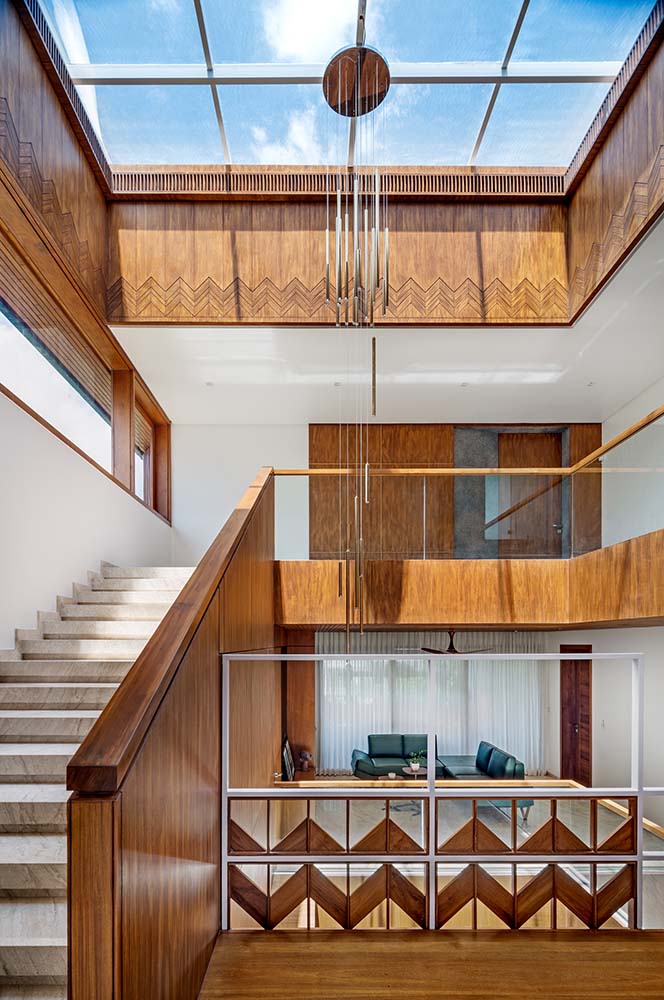 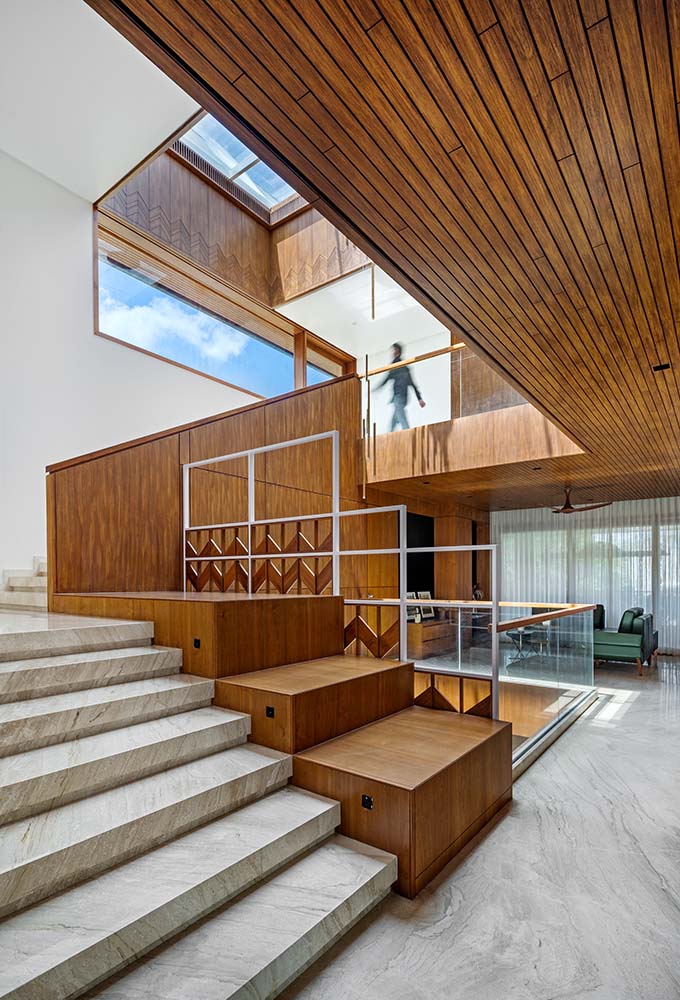 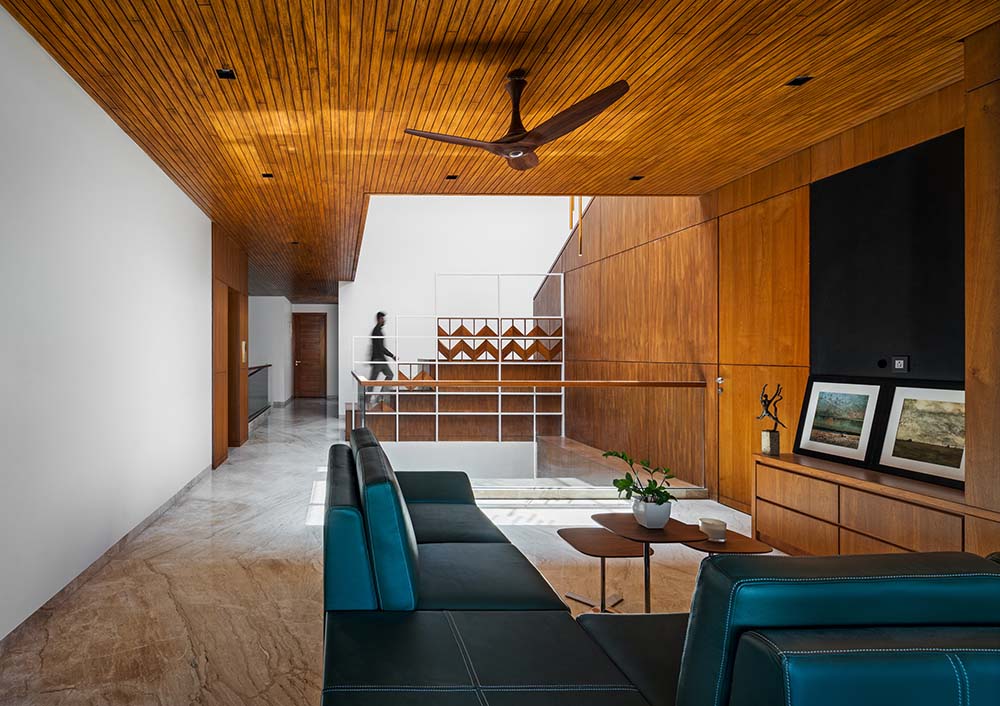 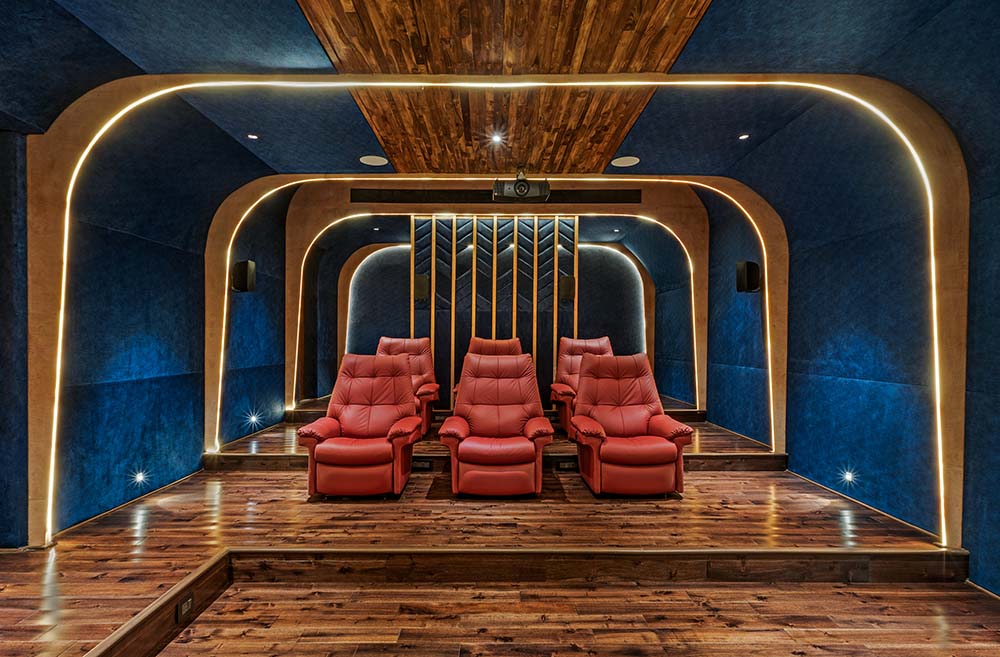 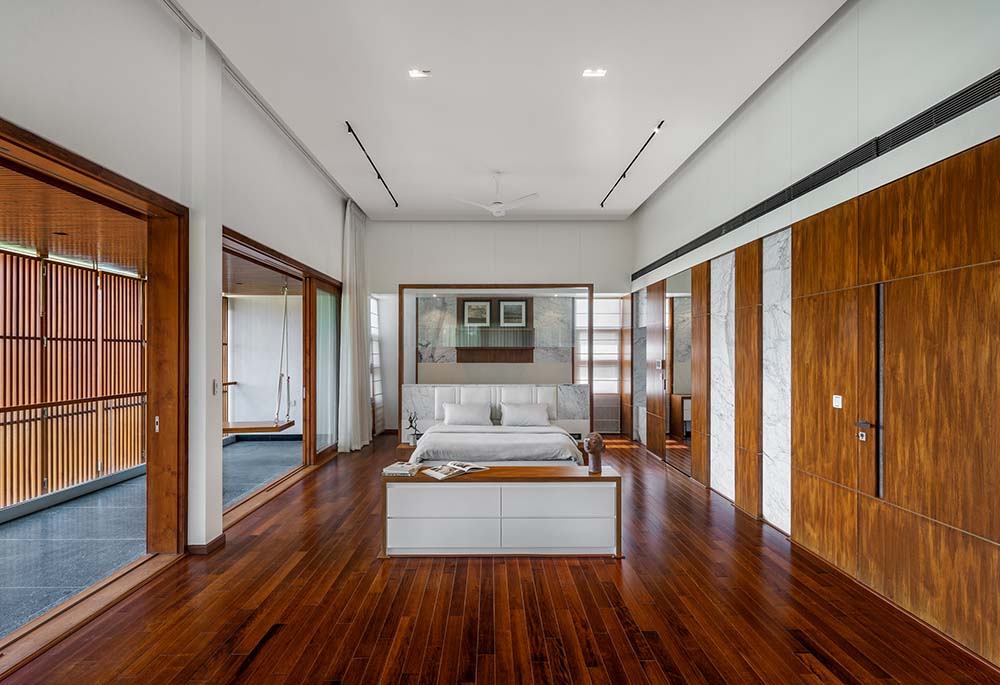 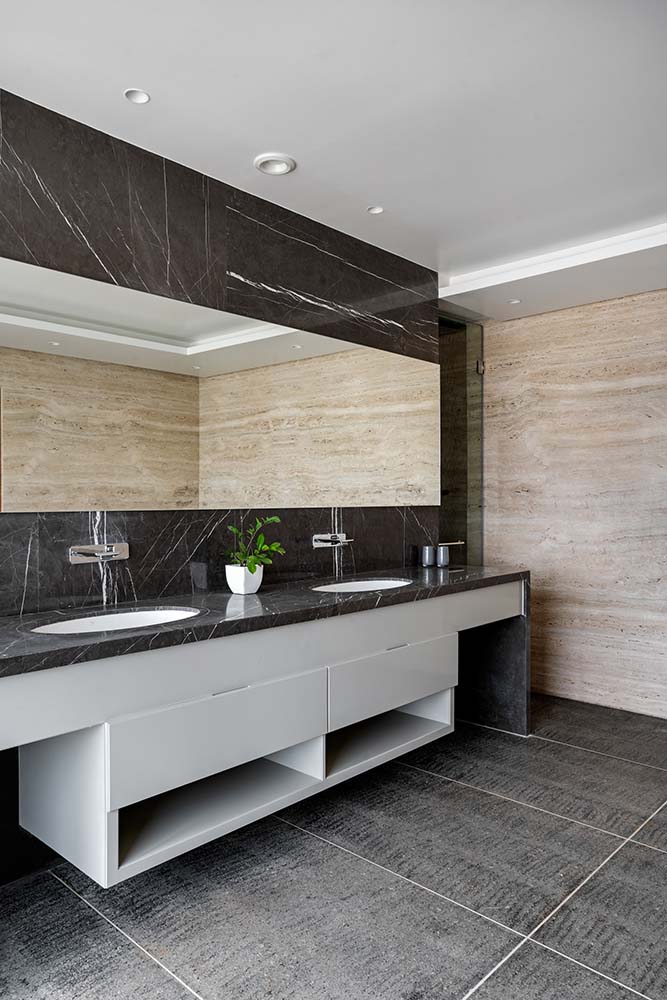 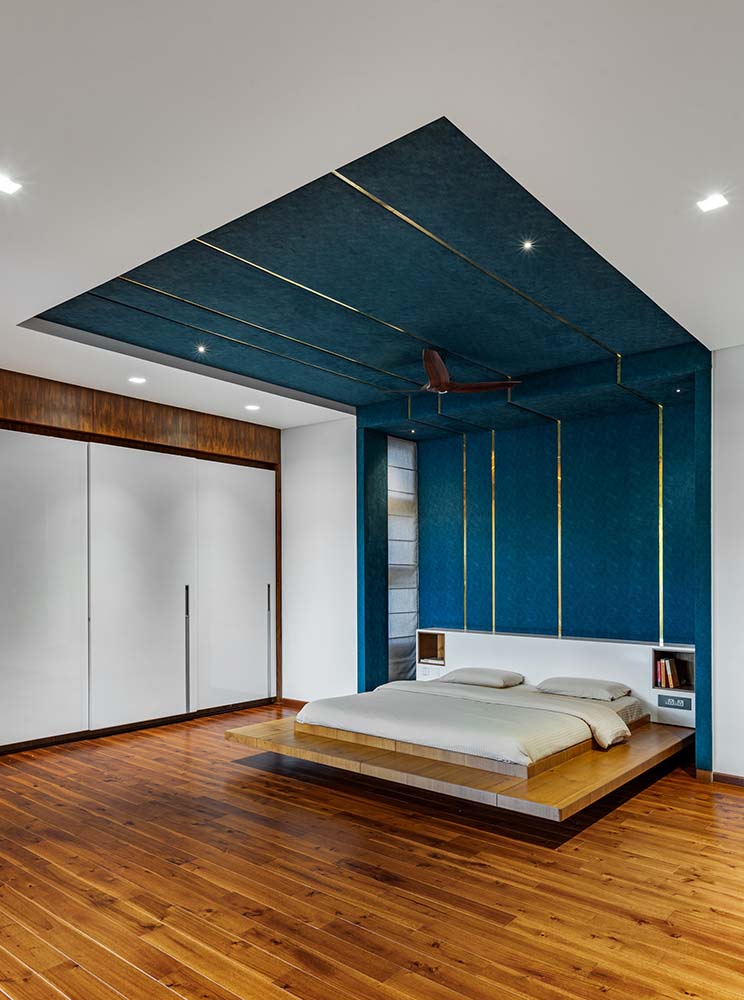 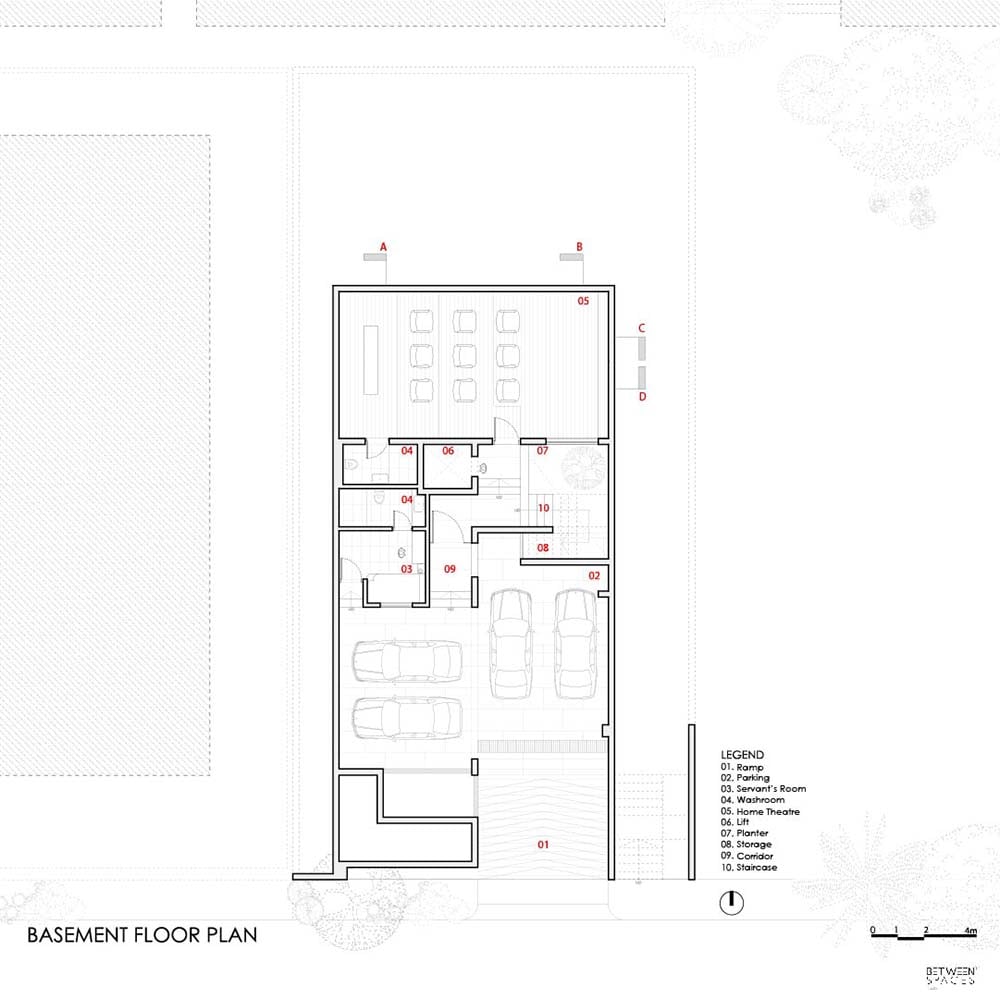 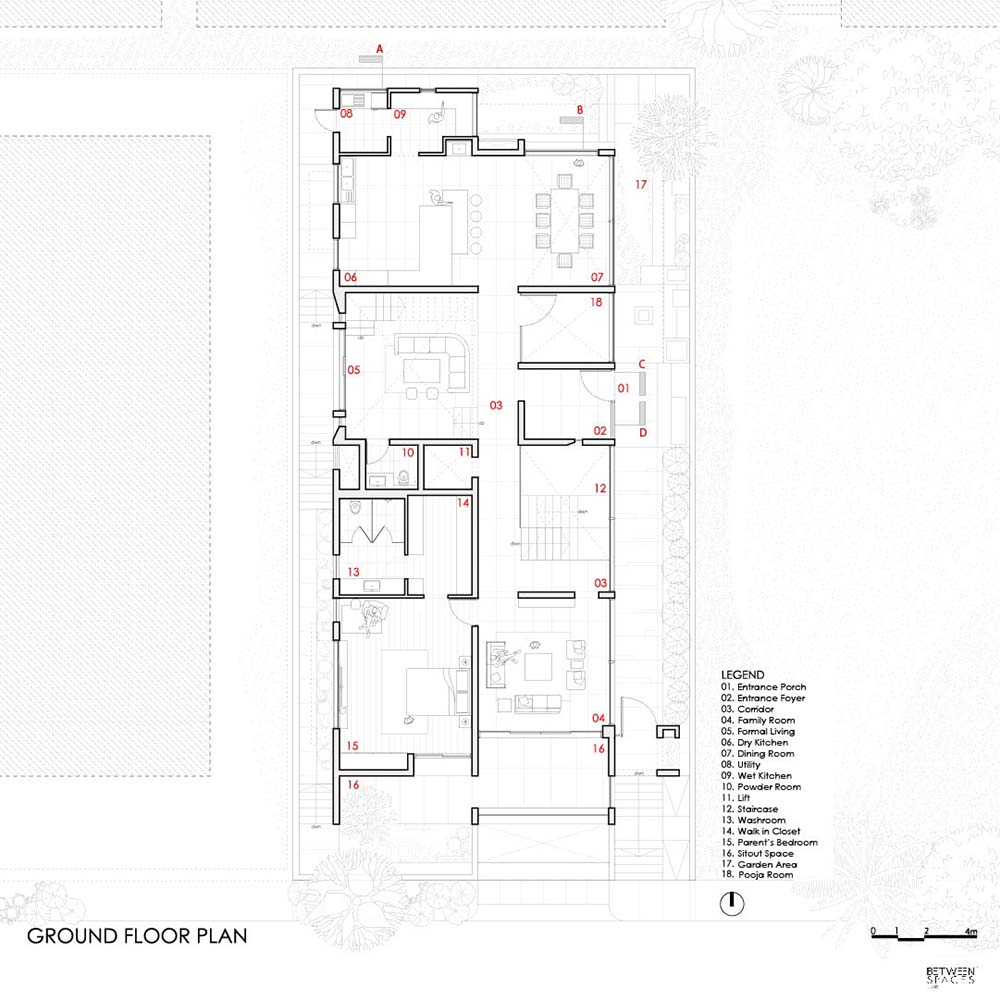 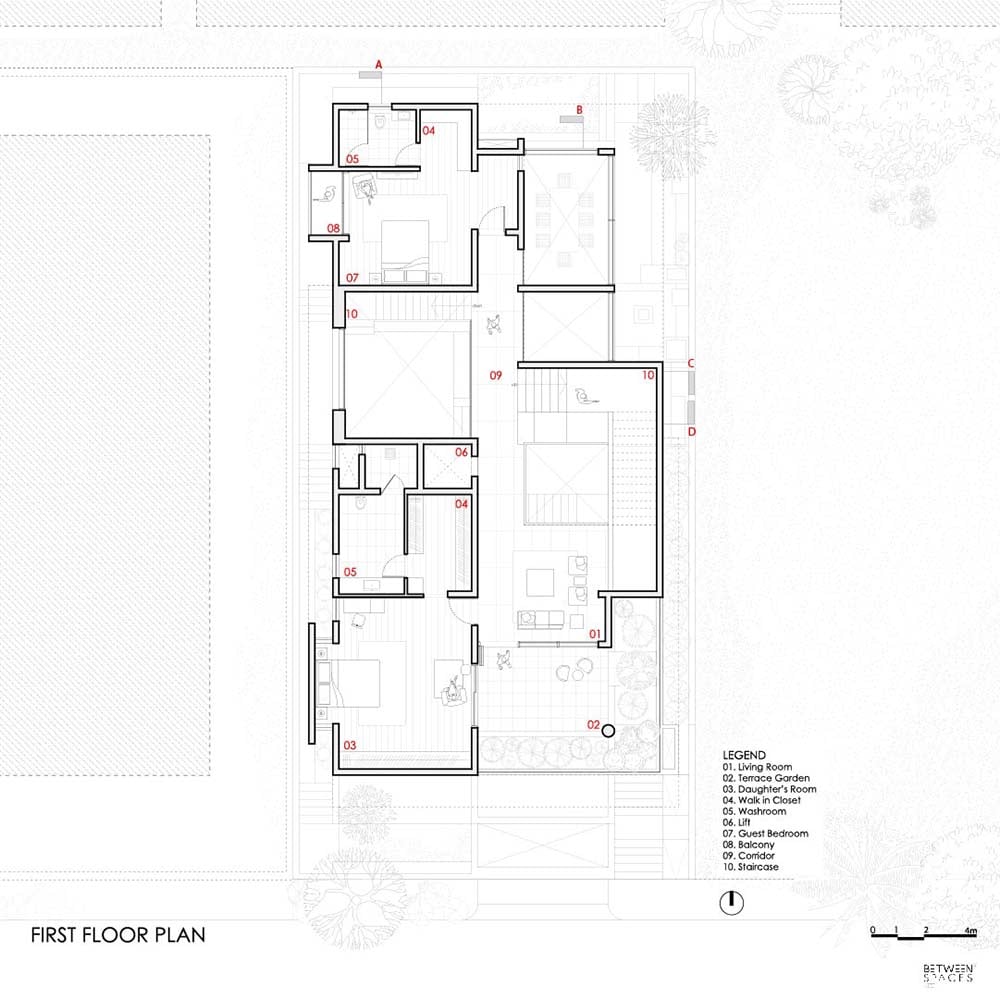 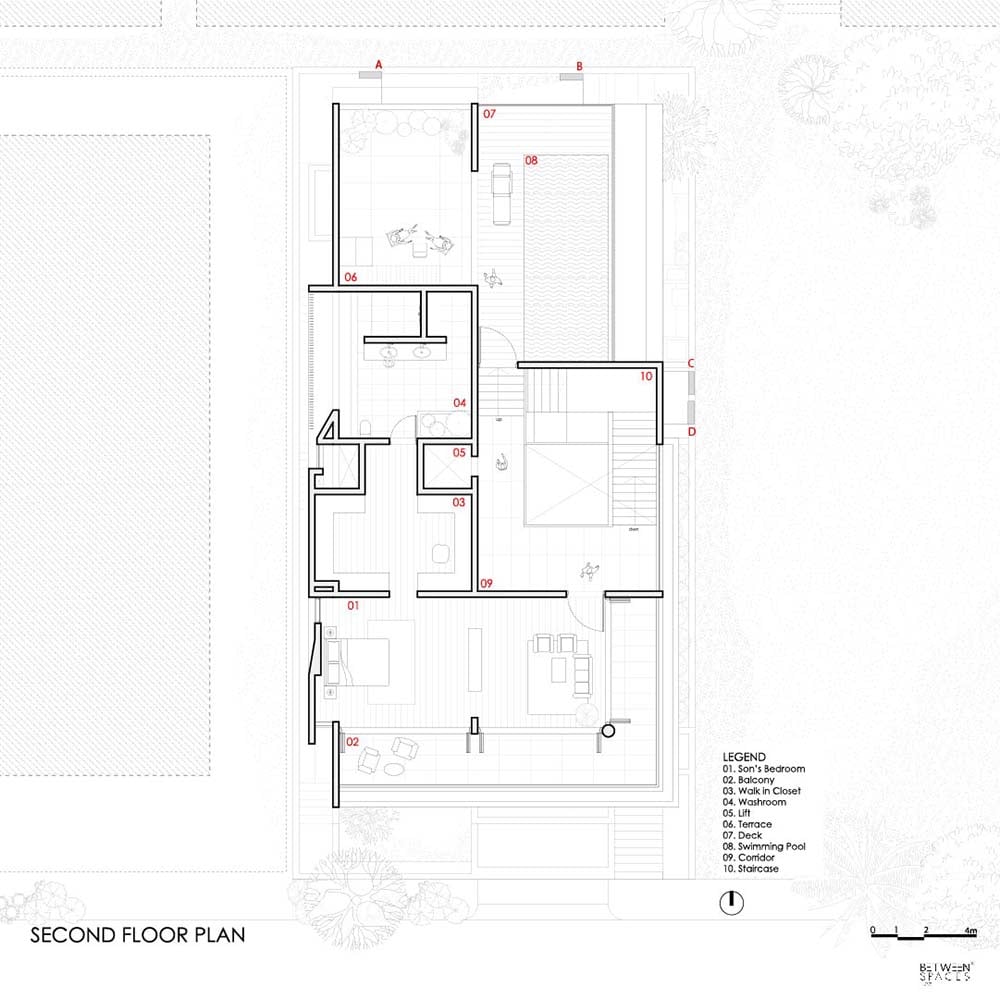 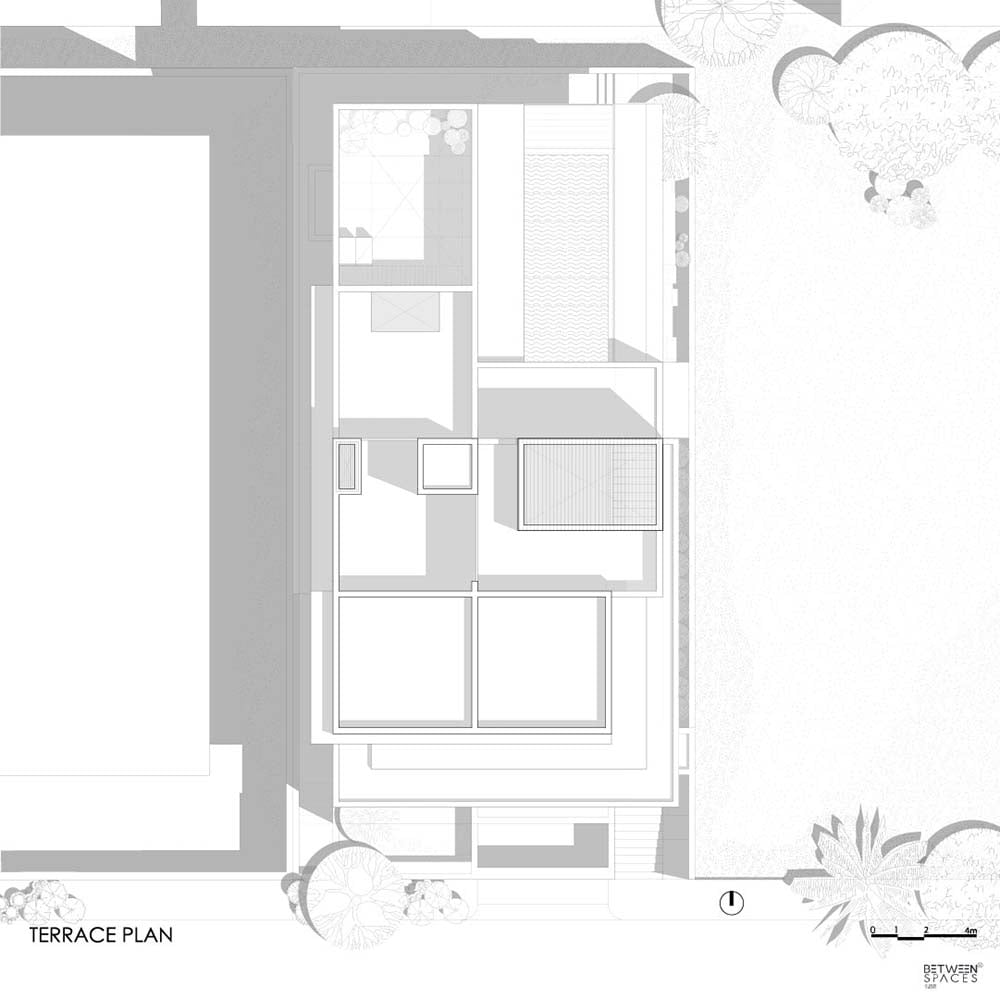 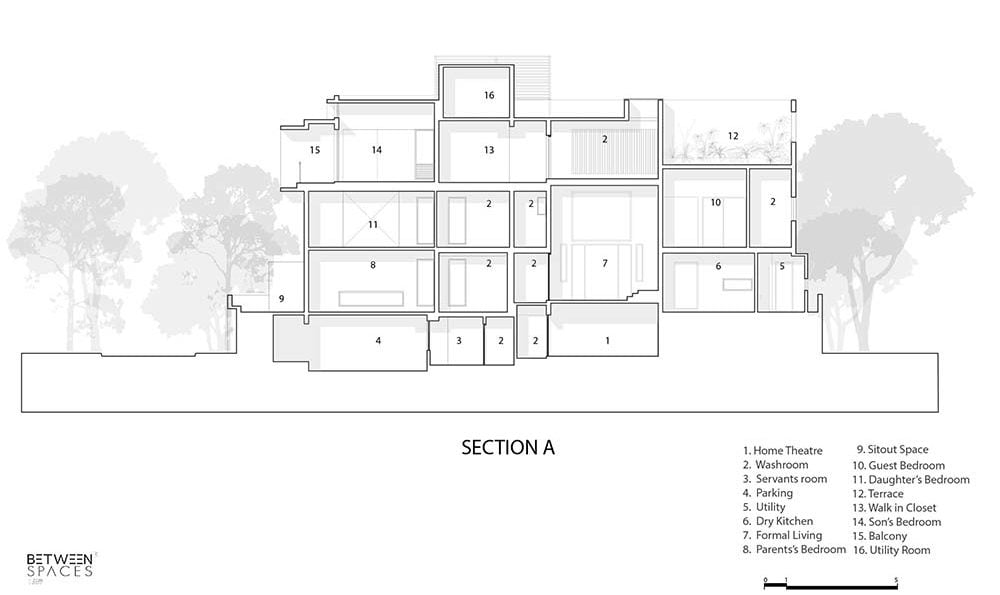 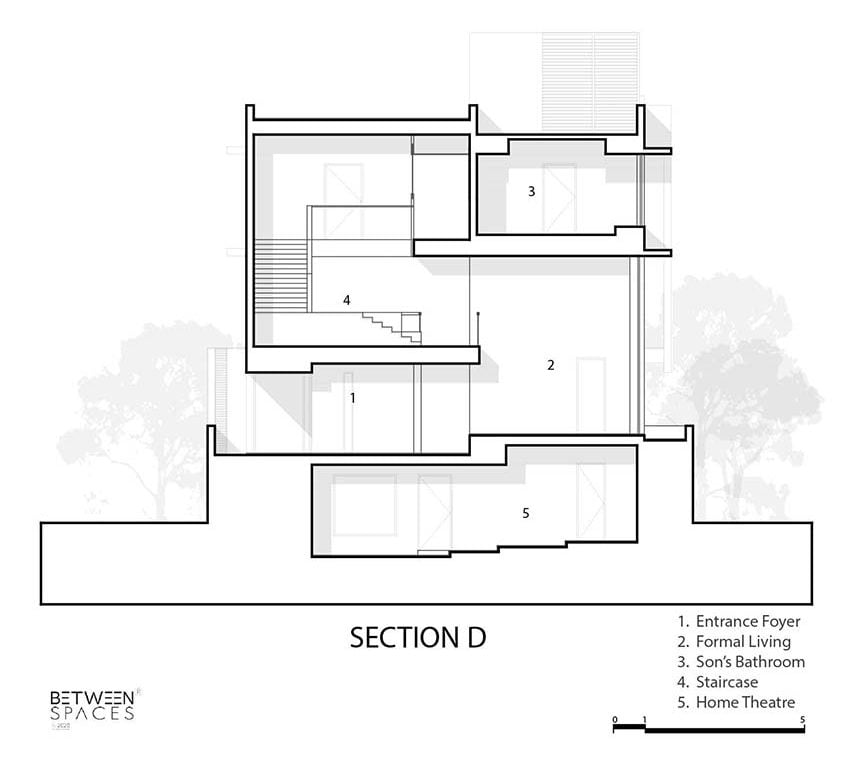 House of voids is located in a gated community in urban Bangalore. The site, 50ftX100ft with the shorter side along the road faces south. The most prominent element of the house is a 6’ deep verandah/balcony around the son’s bedroom on the south and southeastern side at the second-floor level. The deep-set balcony was a response to the harsh south sun and privacy from the road.

The client aspired to build a house that would be more than just a place to live in or a statement to make. For him, it was more of a legacy that he would leave behind for the generations to come. While keeping his aspirations in mind, the architecture narrative was built by shaping the voids both internally and externally, rather than starting with a form or geometry in mind.

We scooped out masses on the south and southeast side resulting in deep-set balconies which compositionally balanced the stoic white walls to which it was anchored to. The voids were then articulated further by cladding the cantilever balcony edges with steatite (soapstone) and a series of sliding-folding teak wood louver shutters.

These two elements also pronounced the horizontality of the verandah. The teak ceiling comes all the way to the edge of the building terminating with steatite stone cladding, further emphasizing the void under the deep cantilevered slabs.

The poise induced by the light filigree-like wooden screen across the south and southeast edge and the cantilevered slab anchored to the walls on the southwest and eastern side stood in contrast to the fragility brought in by resting the southeast corner of the balcony over a circular column. This strategy helped us in anchoring the eye to the void below the loggia and creating a sense of balance between the solid and void.

Spatial planning of the house was primarily dictated by Vastu (ancient Indian science of orientation and spatial planning in Architecture) and the linearity of the site. Vastu mandated for an entry to the house from the NE (3rd quadrant of the plot) part of the house. This prompted us to leave a good 10’ wide space on the ground floor which was landscaped with a strip of tropical plants all along the eastern side.

The House was designed from inside out, scooping out volumes intermittently, thereby creating these double-height public spaces on either side of the central corridor. The large expanse of the veneer-clad false ceiling at the first-floor level unifies these spaces under a single element.

Each member although part of a close-knit family has their own space within the house and the bedrooms opening up to their semi-open space creating a world within a world for each member.

We strived to achieve a balance between the austerity of white walls and the visually rich texture of timber and stone creating simple spaces that would always be. Devoid of embellishments, the architecture and interior express strong and clean lines.