Skip to Content
241 shares
Check out 12 Himalayan salt lamp benefits - not just a pretty lamp, it's thought to help with allergies and even seasonal affectional disorder. 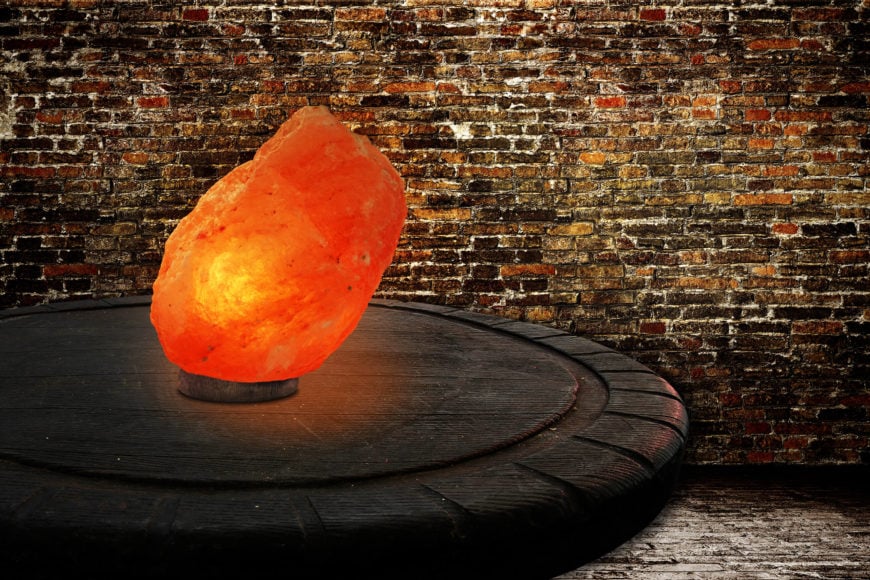 Welcome to our guide to the 12 benefits to owning a Himalayan Pink Salt Lamp!

If you’ve never owned one of these softly glowing salt lamps, you really don’t know what you’re missing.

Keep one of these lamps on your desk, in your living room, or anywhere else where you spend a lot of your time at home.

Owning a Himalayan pink salt lamp has a fair amount of benefits, most of which have to do with positive and negative ions. The Best place to buy authentic Himalayan real salt lamp (source: Fab Glass and Mirror Salt Lamps)

So why are these lamps any different than the lamps you probably already have in your home?

It’s the unique combination of salt and light that produce negative ions. Salt attracts water to its surface, and the light source causes evaporation. You’ll see that salt lamps tend to condensate and appear wet in very humid climates.

During the evaporation process, negative ions are generated, which may neutralize the positive charge of airborne mold, bacteria, and other allergens. (Source: Wellness Mama)

While using a salt lamp, you may notice improvement in your physical and mental well-being.

Let’s take a look at twelve of the best benefits of owning and using a Himalayan pink salt lamp! 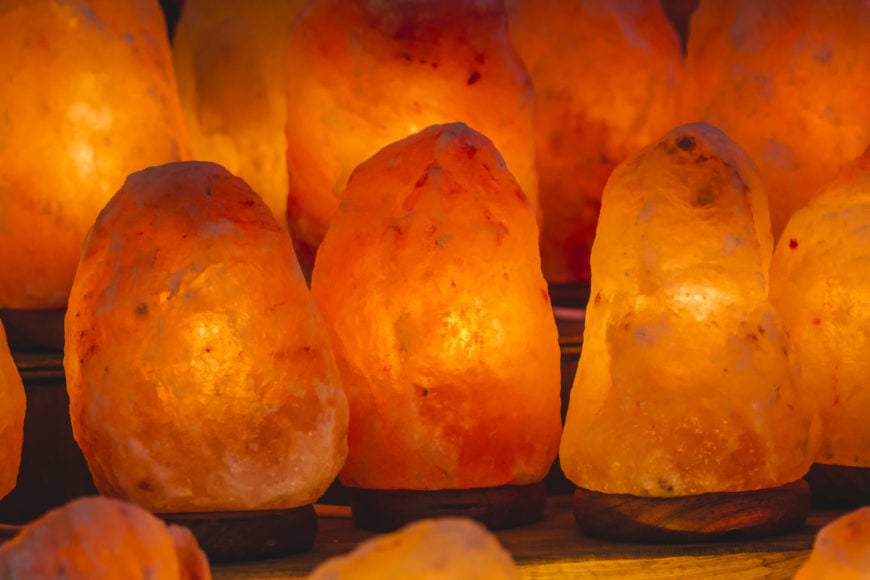 1. Cleanse and Deodorize the Air

This is the best known benefit, but sometimes it’s hard to imagine a hunk of salt purifying your air, even if it does have a light bulb in it.

Himalayan pink salt lamps are said to purify the air through hygroscopy. They attract water molecules from the surrounding environment, absorb those molecules and any allergens they may be carrying. As the water evaporates, it leaves the dust, allergens, or other particles trapped in the salt.

Some studies have suggested that negative ions can accelerate blood flow, and may improve symptoms of several circulatory diseases. (Source: JPost)

People who keep Himalayan pink salt lamps by their bedside have reported better quality sleep. Positive ions are believed to reduce blood and oxygen supply to the brain, which results in irregular sleep patterns.

Negative ions from the lamp are believed to help reduce this. Even if you can’t sleep with the light on, leaving the lamp on during the day should help.

These lamps don’t emit blue light, which has been suggested to reduce melatonin production and interfere with sleeping patterns. The soft light of a Himalayan salt lamp is a much more relaxing source of light. (Source: Negative Ionizers) 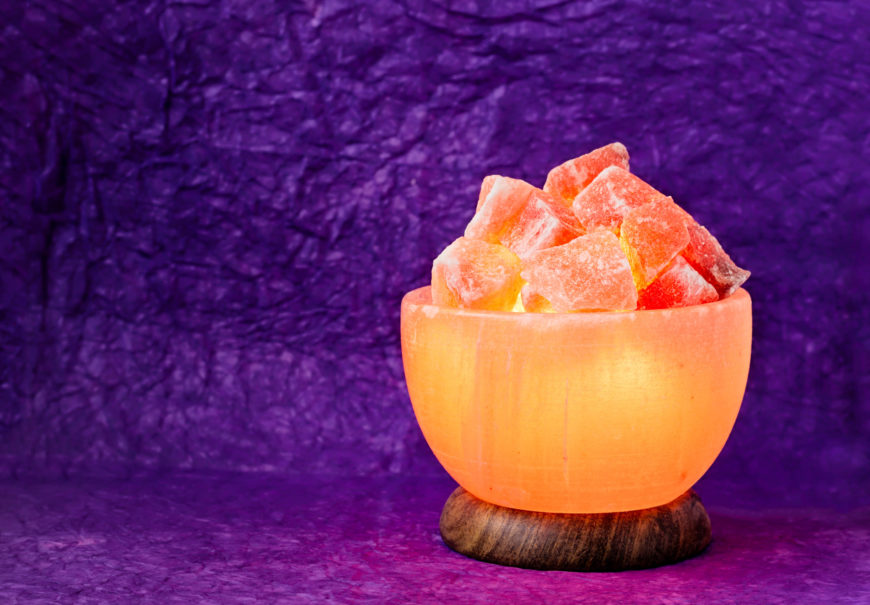 These positive ions in our environment are said to have a negative effect on our bodies, making us feel more tired. Some people find that keeping a Himalayan salt lamp in the room or rooms they spend the most time in makes them feel more energetic, after about a week or so.

Some people tout Himalayan pink salt lamps for chromotherapy, which seeks to balance a person’s “energy.” (Source: Wikipedia) Many people believe that color therapy can positively influence our mood, mental state, and even our energy level.

6. Reduce Static Electricity in the Air

Static is pretty irritating, and the negative ions given off by the lamp can help neutralize airborne ionized particles that cause static. Have better hair days and less instances of a quick zap as you open the door. 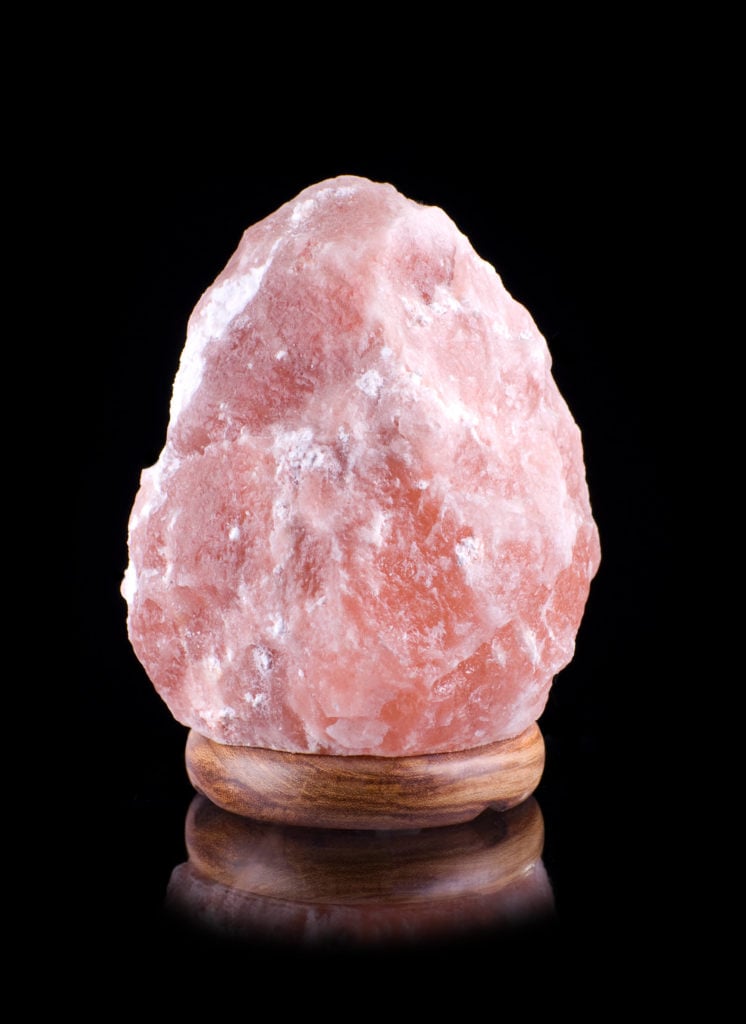 The negative ions are thought to improve blood and oxygen supply to the brain and other organs, as well as provide a boost of serotonin, which can make us feel happier and boost concentration.

Aside from trapping allergens, as the water evaporates due to heat from the light source, Himalayan pink salt lamps give off negative ions.

Positive ions in our environment are supposed to affect the cilia in the windpipe, which then don’t work as well to keep contaminants out of our lungs. The negative ions released by the lamp are supposed to counteract this, meaning you’ll cough less.

Our electronics give off a little radiation, and this electromagnetic radiation is believed to increase stress levels, chronic fatigue, and decrease the body’s immune response.

The negative ions emitted by the salt lamps supposedly neutralize some of this electromagnetic radiation. No one really knows what the long term effects of EM exposure are. Himalayan lamps may not eliminate all the radiation, (you’d need to wrap yourself in lead sheeting) but some people find them comforting. (Source: Critical Cactus)

These lamps are fairly environmentally friendly as well. There are massive reserves of the salt that are projected to last another 350 years at our current extraction rate. The base of the lamps are typically made of sustainable wood species like neem.

The lamps can also be purchased to work with low-wattage bulbs or may be powered by a candle. These lamps come in different colors including oranges, yellows, reds, and apricot. (Source: Natural Salt Lamps)

A boosted mood means you won’t feel as depressed during those long winter months. The warm light feels to some like sunlight, and some people use it to treat their Seasonal Affective Disorder.

The negative ions produced by Himalyan pink salt lamps have been suggested to increase serotonin in the brain, and therefore help treat SAD. (Source: JPost)

Since those particles get trapped in the salt, there’s fewer allergens in your environment to trigger your allergies. Placing a lamp or two in the spaces you use most may have you noticing a change in your allergy and asthma symptoms.