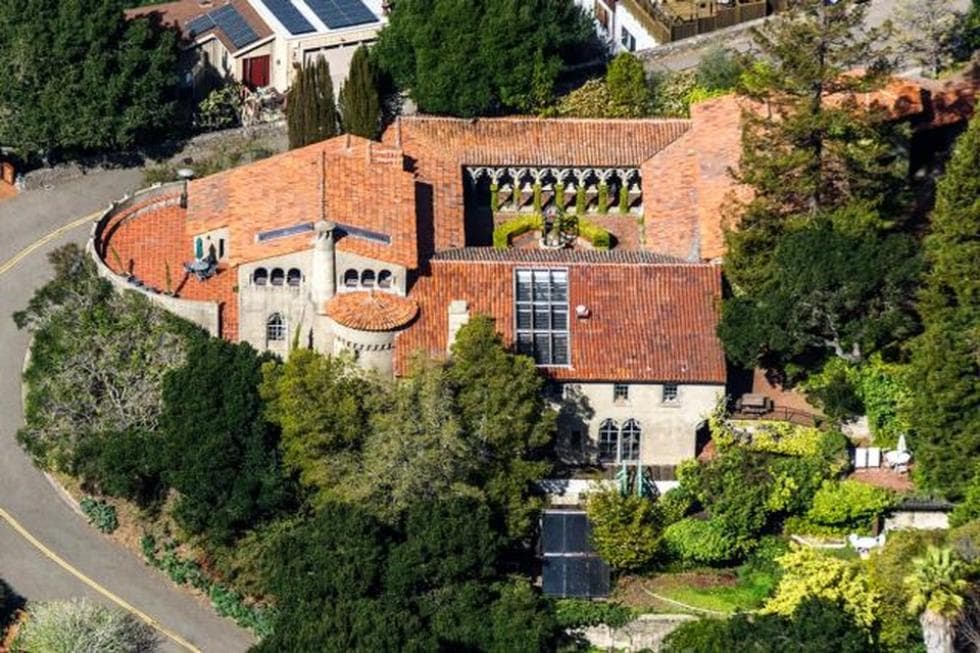 A castle in Berkeley Hills, California that was inspired by a 13th-century medieval cloister in Toulouse, France is now on the market. The official landmark since 1985 is priced at $5 million.

The house is measured at 5,746 square feet with five bedrooms, eight bathrooms, massive fireplaces, and a living room ceiling that opens to a second-level library with iron railings circling the room as an indoor balcony that leads to an upper level overlooking study.

The California Castle is listed by Bebe Mcrae of The Grubb Co. Inc. and Coldwell Banker Realty in California. 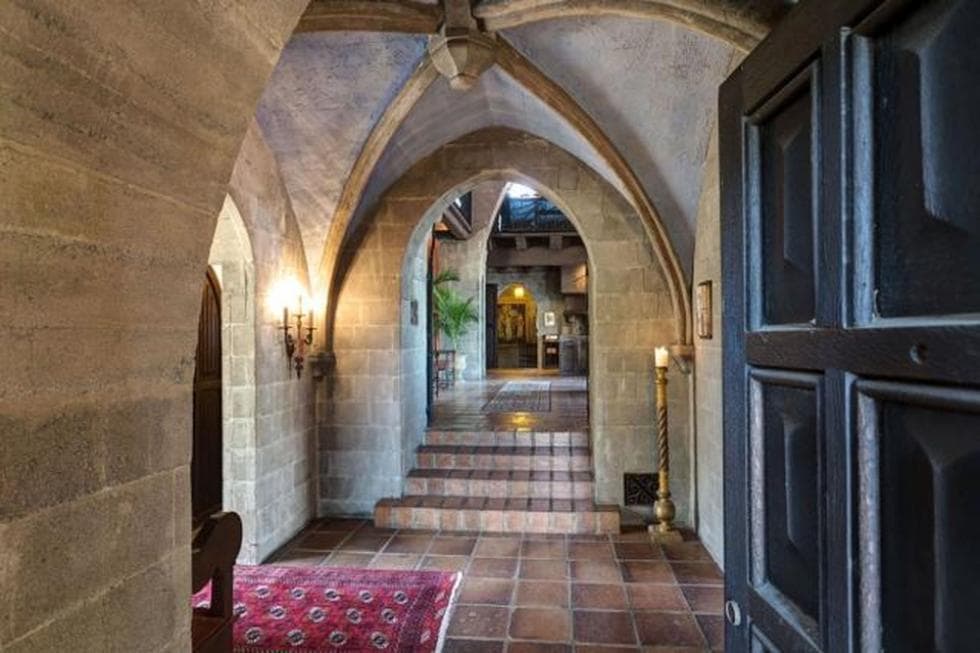 The foyer has a groin-vault ceiling that matches well with the arched entryways adorned by wall-mounted sconces. Image courtesy of Toptenrealestatedeals.com. 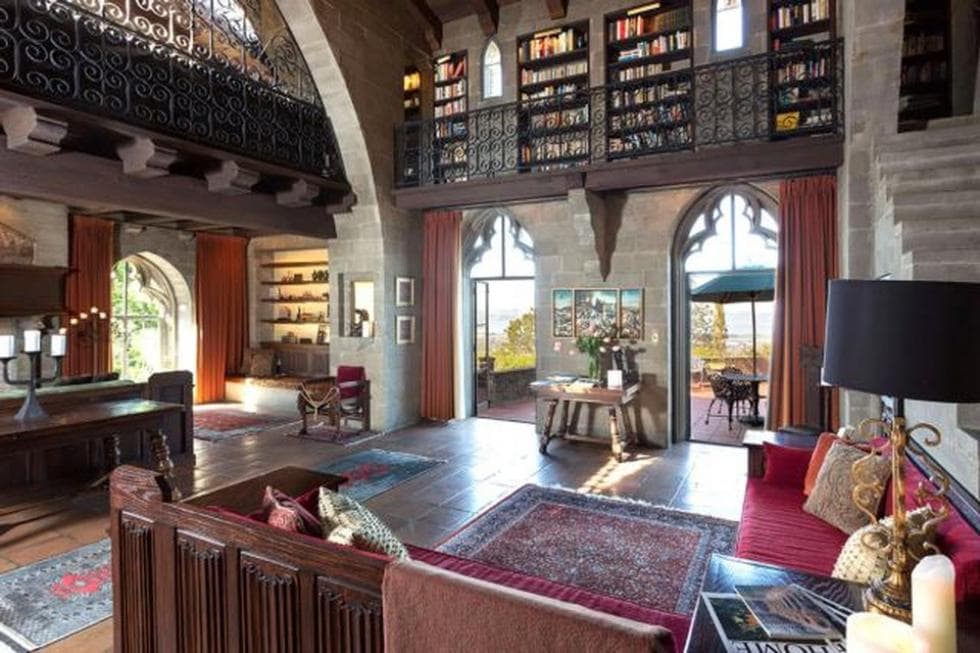 The living room has a tall ceiling with a second-level library filled with bookshelves. This is circled with railings to serve as an indoor balcony looking over the living room. Image courtesy of Toptenrealestatedeals.com. 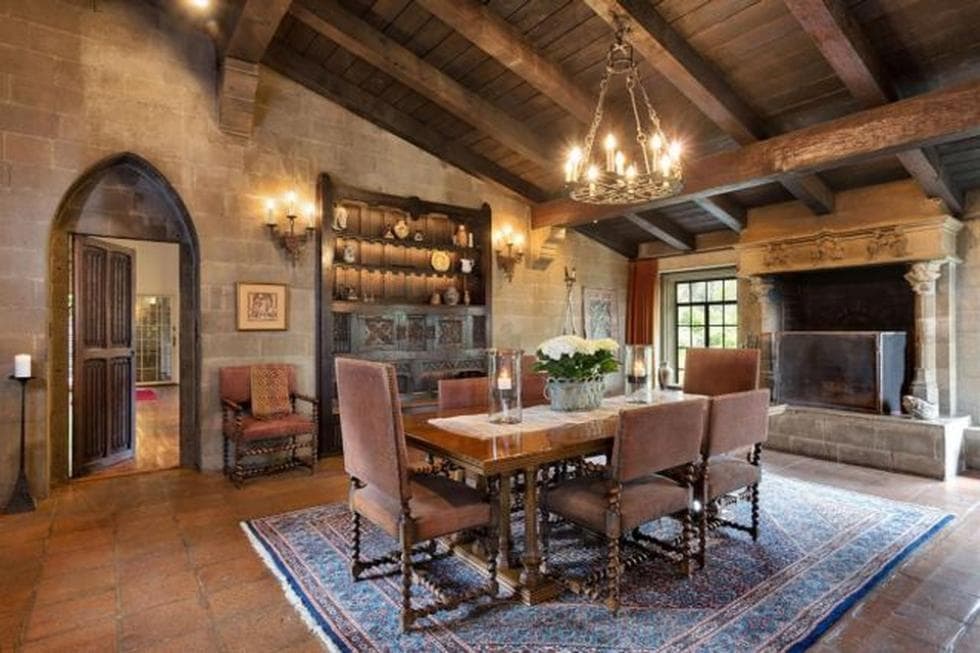 The dining room has a wooden shed ceiling with exposed beams and a round chandelier hanging over the rectangular dining table surrounded by cushioned chairs. Image courtesy of Toptenrealestatedeals.com. 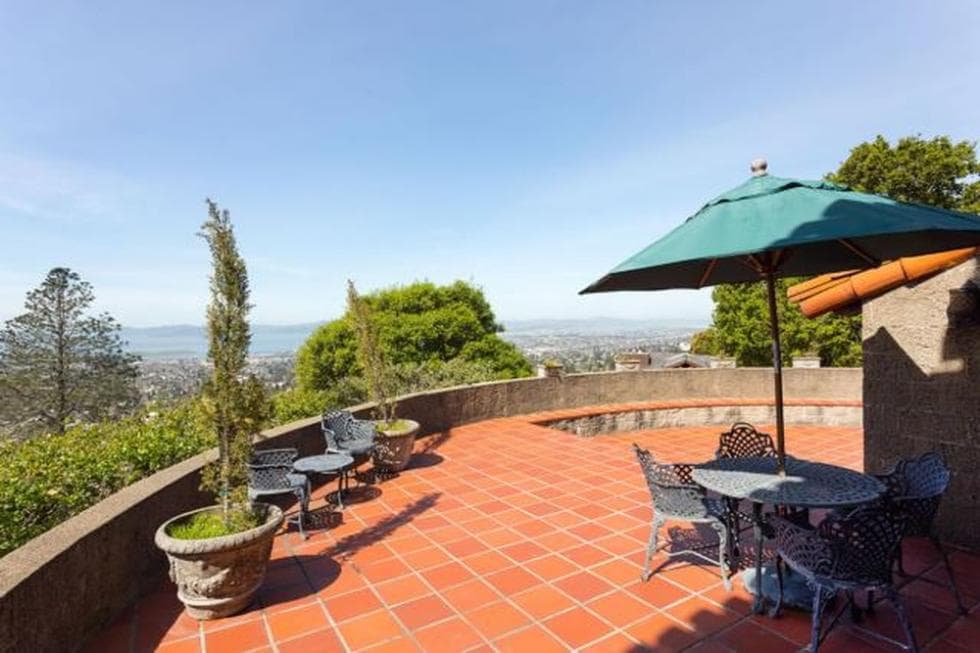 This is the patio with a sweeping view that complements the terracotta flooring tiles fitted with small outdoor dining set under a large umbrella. Image courtesy of Toptenrealestatedeals.com. 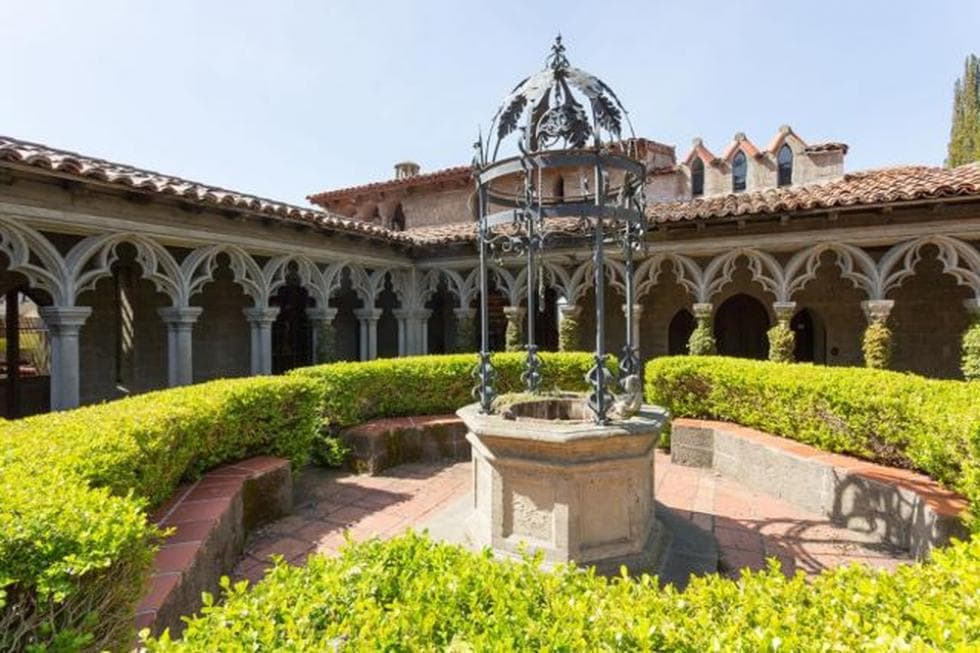 The grounds of the property have landscaping filled with well-maintained shrub hedges, built-in concrete benches and surrounded by arches with intricate designs. Image courtesy of Toptenrealestatedeals.com.

Many Americans have regretted that their young country doesn’t have the castles that abound in Europe and some have made attempts to rectify the problem by designing their own replicas. A few were pretty nice and some absolutely horrid. But in 1928 when Samuel Hume, then the head of the University of California Berkeley’s Greek Theater Department, decided he wanted his own castle, he knew how to do it right.

Hume engaged architect John Hudson Thomas asking him to use a 13th-century medieval cloister in Toulouse, France as his inspiration. With just under an acre in the Berkeley Hills overlooking San Francisco Bay, Thomas designed a castle that fit the slope of the land and maximized the views while allowing for a stunning central courtyard with mature plantings and Gothic stone arches and outdoor terraces for viewing the bay.

The Gothic theme runs throughout the structure, so authentic in detail it looks as though it was antiquity imported from Europe. At 5,746 square feet, the stone castle has five bedrooms, eight baths, massive fireplaces, and a living room ceiling that opens to a picturesque library level with iron railings circling the room that leads to an upper level overlooking study. The estate, which became an official landmark in 1985, is now for sale priced at $5 million.