Thinking of moving to the suburbs? It's not an easy decision. There are definitely many pros but also some significant cons. I used to live in the city and now live in the burbs with young kids. Here's my perspective. 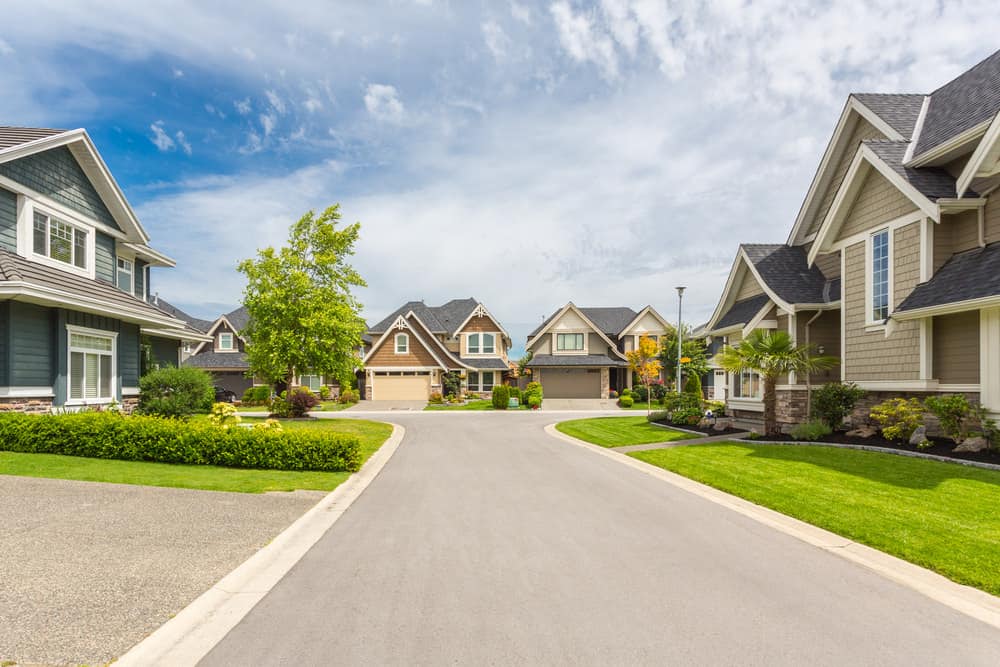 Many people don’t aspire to live in the suburbs. Many of us grew up in the burbs and look forward to escaping to the exciting city or far away in some remote area surrounded by nature like some secluded beach house, cabin or country house. The burbs are not on most people’s radar when the flee the nest.

And yet, so many of us return to the burbs in due course.

Before the burbs, we lived in a cozy beach community. Before that we lived in heart of the city.

Then son number one arrived. We hung in there in our tiny beach house. It worked. Actually, it worked great.

Then we got news of baby number two coming.

I knew right away we needed more space.

We had no yard. Only two bedrooms both of which were tiny. It was no place for a family with two young kids.

Our preferences took a backseat. We now viewed living options through the eyes of children.

The burbs all of a sudden looked good.

Months before baby #2 arrived, we migrated to the heart of the suburbs in a quiet community 20 minutes outside of the city. For suburbs, it’s outstanding given its situated on a mountain with forest above and views of the city below.

Our 1980s home is a textbook suburban house with 3,000 sq. ft., two-car garage, backyard, three floors (split level) located 4 blocks from an elementary school. For many, it sounds dreadful. For us, it’s perfect. Here’s why.

See also  All About Silicone Bakeware - Revolutionary or Overrated?

A. Benefits of living in the suburbs

1. Easy to get around

This is huge and seldom discussed.

It’s not easy trudging around in a city with two young kids. It’s one thing to stroll to the grocery store when single, it’s another doing it when feeding a family of 4. Have you ever carried 3 gallons of milk? It’s not fun and that’s just the tip of the iceberg.

Walking to the market every day isn’t reality. Doing a monster shop once a week is. You almost need a pickup truck to get the groceries home. You aren’t going to carry it.

And that’s just the grocery store.

All week it’s errands, school drop-offs, the library, swimming lessons, extra-curricular activities – all of which is so much easier to get to and park in the burbs than in a city. While public transportation is great and I happily take it when I can, being dependent on it with young kids is difficult and takes up a lot of time.

The suburbs make getting around and parking easy. Moreover, we’re within a 10-minute drive from pretty much everything we need.

We moved to the burbs primarily for a larger house, bigger rooms and a yard. Could we make do in an apartment? Sure, we could and there would no doubt be advantages, but having some breathing room and a yard for kids is fantastic.

Our living room is clean and clutter-free because we’re fortunate to have a recreation room which is a toy haven. It’s messy almost always, but that’s what it’s there for.

See also  What is a Mansion? How Much Square Footage to be a Mansion?

Our backyard has a huge dirt area where our two boys dig. Yes, they literally dig holes for fun. What could be better? We can always seed it or make it pretty when their penchant for digging expires.

We have several families on our street with kids. They come over and our kids go to their houses. There’s always someone around to play with. It’s a quiet street so they can roam to one another’s house on their own. Not only do they develop some independence, they have buddies to play with throughout the week without having to structure or schedule them.

Our oldest love biking and can bike on his own on the street. This isn’t possible in a city or on a busy road.

We have 3 parks within walking distance. Yes, three of them and they’re all great. I’ve spent many, many evenings and afternoons in them all. Because the surrounding roads are generally quiet, they’re easy to walk to or cycle to with young kids. It’s a great outing from start to finish.

While not all suburbs are situated like ours, we enjoy multiple trailheads steps from our house into massive forests with hiking and biking trails. We do not take them for granted. We ride and hike them regularly 6 months a year.

Arguably, because there’s less traffic and parks are nearby parents are more likely to let their kids roam a bit in the suburbs than in city centers. Our oldest son is now biking to friends’ houses down the street and to his grandparents’ house on his own. I doubt we’d do that if we lived in a buy city center. This not only helps kids gain more independence sooner, but they love it – he loves it when we give him the nod that he can ride on over to so-and-so’s house.

While we don’t walk to school always, the point is it’s close and easy to get to. There’s no risk of traffic jams or delays. We can get there in minutes like clockwork. In a year or two our oldest can easily walk on his own.

But there’s more to a close-by school than merely convenience getting to and from. There’s the community aspect. We’ve met many, many great parents who have become friends and form our social circle over the course of three years. We all live in the area and so it’s a true community. I realize this is not unique to the suburbs, but it’s sure been a relatively easy community to plug into withing the suburb environment.

Suburbs are often situated outside of cities which means it’s merely a car ride, train ride or public transportation lift to the city center for some city fun. For us, it’s a short car ride followed by a pedestrian ferry boat to the heart of downtown. The journey itself is fun and from there we can take the sky train to many other parts of the city. We go regularly but when done, we retreat to our quiet home on a friendly street.

Unless you live in some swanky condo apartment that amazingly comes with two parking spots, it’s not easy parking vehicles in a city center. In the suburbs, many houses have two-car garages and plenty of space on the street for parking vehicles. It’s not an issue.

That said, there is something nice about probably not needing two cars when living in the city… but you still need to find parking for one car (unless you’re a progressive family with no cars).

B. What’s bad about living in the burbs?

It’s certainly not perfect living in the burbs.

Commuting is a big problem for anyone that works in the city. Rush hour is brutal in many cities. I work in the city and spend an hour each day in the car (which could be worse). However, I don’t mind the commute (although I wouldn’t want it longer).

Yards don’t take care of themselves. They require upkeep and effort. I don’t mind some gardening and landscaping, but I don’t wish to dedicate every weekend to it. Fortunately, landscaping services abound and aren’t terribly expensive. While an unnecessary expense, it frees up our time to hang out with our kids.

Suburbs aren’t the prettiest places on earth. A radiant city skyline can be beautiful. The country setting is nice to look at. Street after street with houses only a few feet apart is not exactly picturesque. There’s a lot of concrete, asphalt and not everyone has the same taste in curb appeal and landscaping as you.

However, if you can overlook that or have the bucks for a nicer hood, that helps. Our neighborhood isn’t beautiful but neither is it hideous.

Growing up, I played basketball at the nearby school, road hockey and all kinds of sports in the neighborhood. It seems there is less of that these days. More and more kids are in structured programs for two reasons. First, there is a lot more options for such programs than there were 30 years ago. Second, more households have both parents working so that more kids are in organized programs than years ago. I’m sure there are more reasons this is the case, but the above two come to mind.

My point is that kids don’t necessarily need the space offered by suburbs in order to enjoy various activities including sports.

City living is fantastic because public transportation is better and you can walk to more places. This is a huge benefit of city living and it gets more and more appealing as kids get older. The burbs can be boring for teenagers whereas the city offers more for them to do without having to drive.

We live in a suburb and we must drive pretty much everywhere we go. Fortunately, it’s set up for driving – wide roads, plenty of parking, but driving we must to do pretty much anything other than heading off to one of three nearby parks.

I’m not suggesting the burbs are the best place to raise kids or the only place to raise kids. All I’m saying is it’s a good option and offers many benefits we enjoy. We’re clearly not the only ones – given more space is dedicated to suburbs than anything else.

At the end of the day, it boils down to many factors as to where the best place to live is for you and your family.