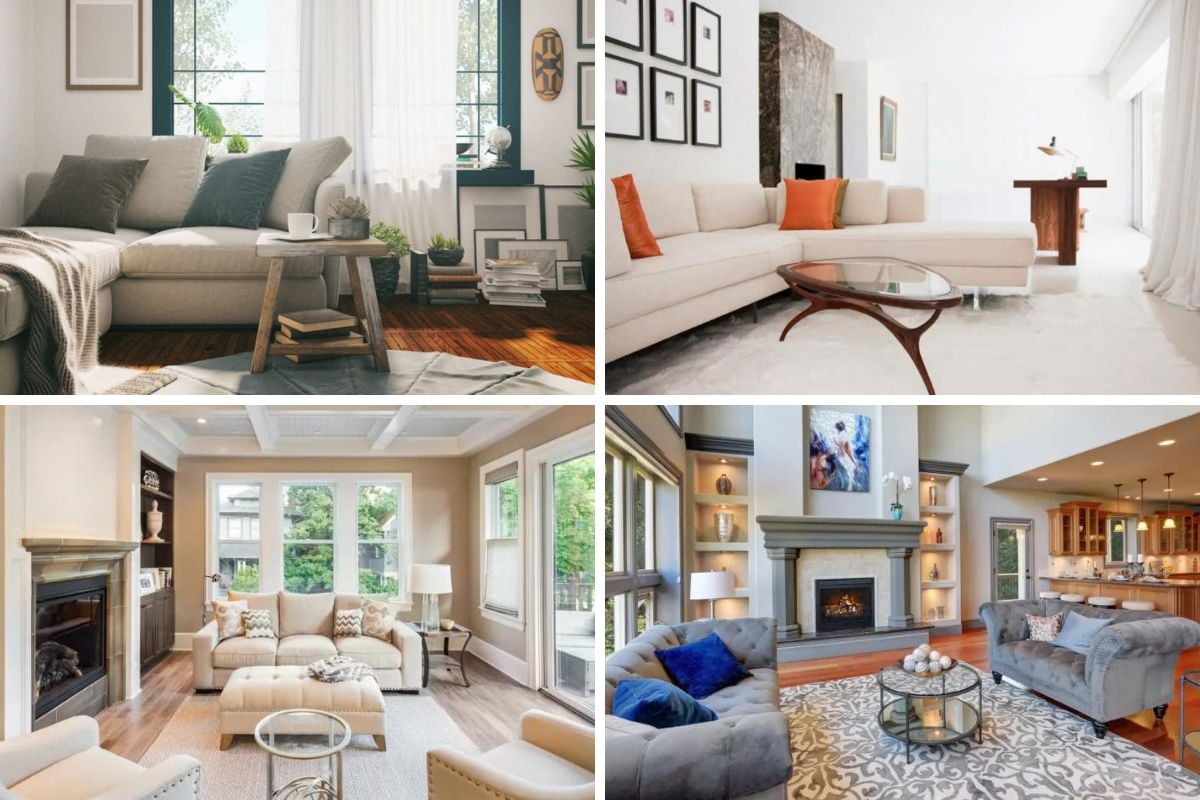 The world of interior design abounds in tables… console tables, end tables, side tables and of course coffee tables.

With such abundance, are coffee tables out of style? Obsolete? A waste of space and money?

One could easily argue that the answer is yes. Below I address every question you might have about the necessity or non-necessity of coffee tables.

Related: End Tables with USB Ports | Does Your Living Room Need to Have a Coffee Table? 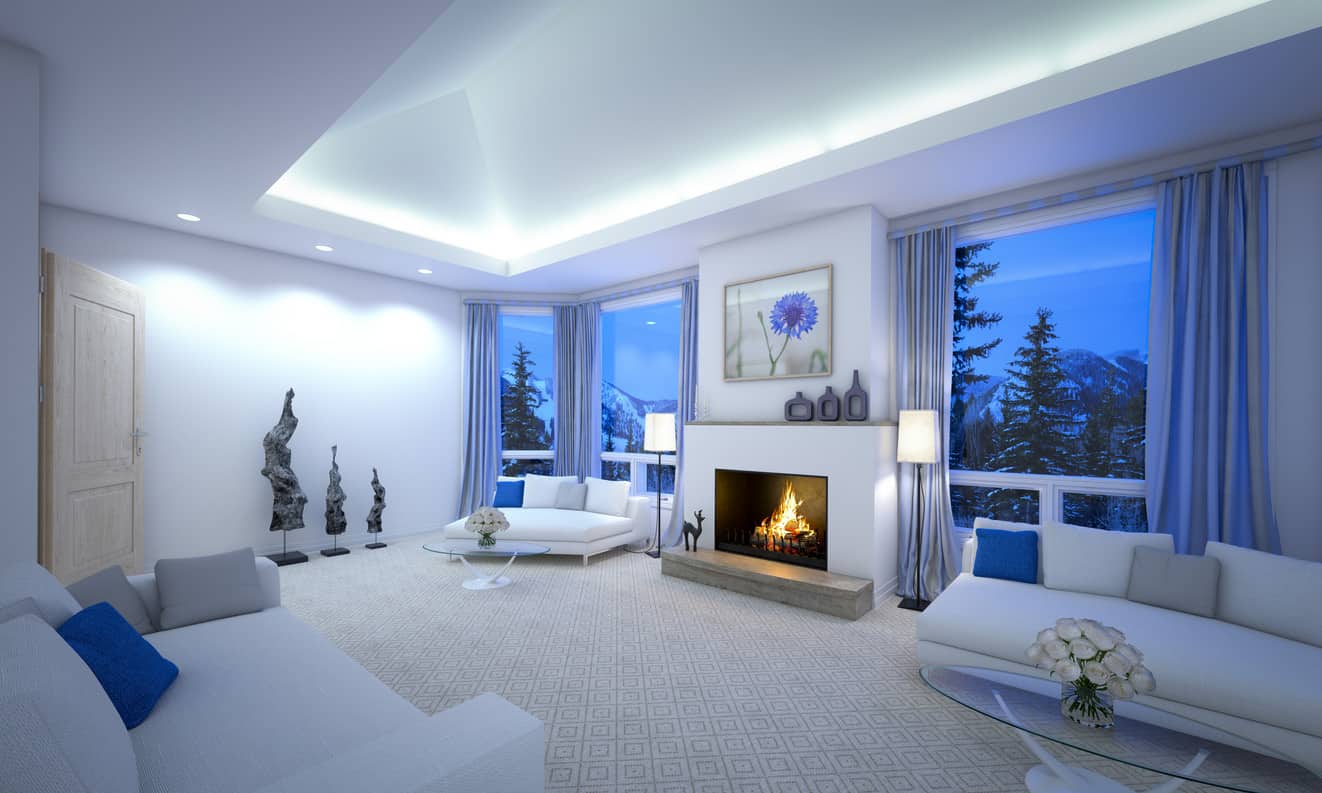 Here’s a living room that at first glance appears to have no coffee table because there isn’t one in the center – instead there are smaller ones off to the side. IMO, this example goes to show that living rooms can look bare without aa central coffee table or an alternative to a coffee table.

However, IMO, coffee tables are still in style big time!!!

I’ve reviewed thousands of living room designs and my opinion is that coffee tables, in all its shapes, types and forms, are IN STYLE and probably will be for some time.

Table of Contents Show
Let’s Get on the Same Page
Reasons the Coffee Table Concept Is in Style
Shifting Gears to the More Specific
Are There Any Strong Arguments for No Coffee Table at All?
Is Too Small Worse Than None at All?
What About Too Big? Is This Even Possible?
Best of Both Worlds – A Coffee Table That Blends In
For the Coffee Table Lover – Is 2 Better Than 1?
Where Does That Leave Us – Are Coffee Tables in Style?

Let’s Get on the Same Page

Alternatives are not what I’m talking about when discussing whether coffee tables are in or out of style.

What I’m discussing is whether there should be no central raised surface for the center of a living room (or family room) for the usual coffee table fodder such as magazines, drinks, flowers, etc.

After all, a tufted ottoman with a tray is in effect a coffee table, right? I think so. It serves the same purpose. Check out the following example: 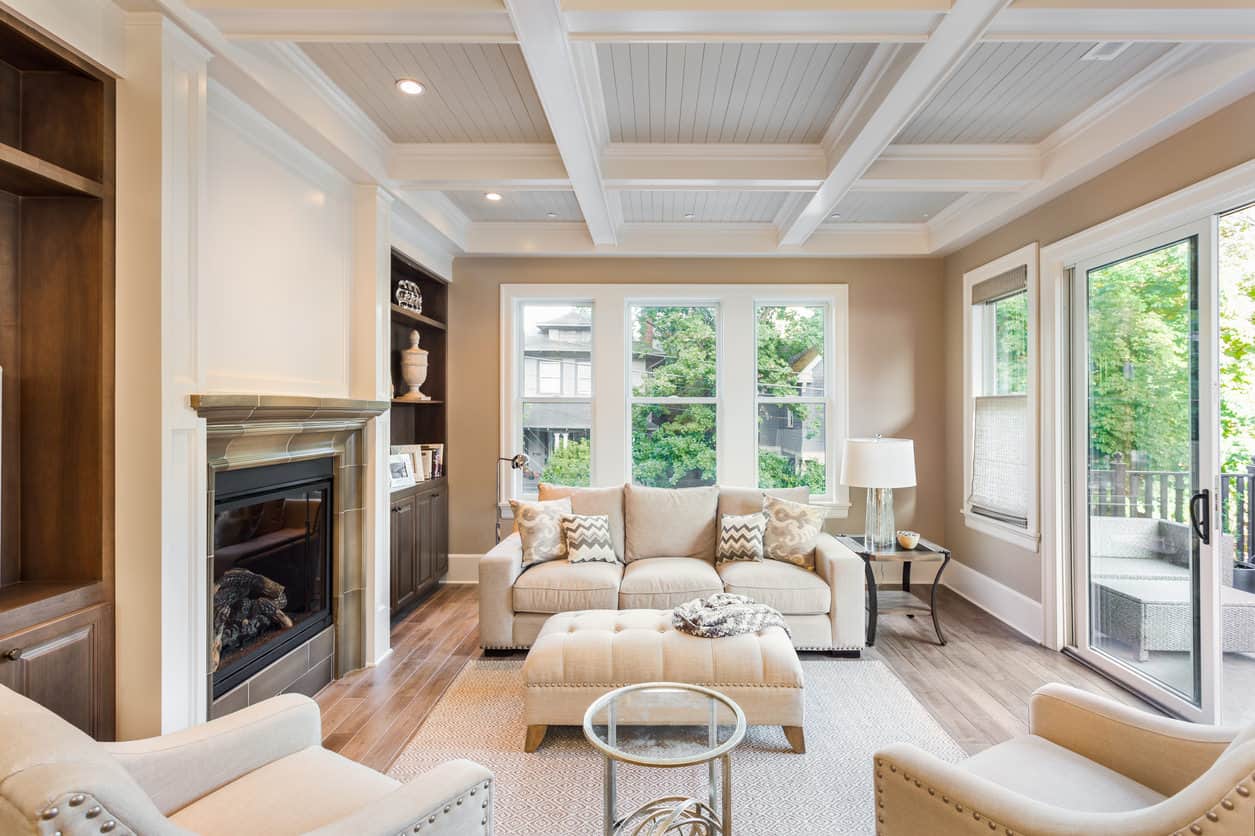 We showcase many more living rooms with an ottoman coffee table here.

Reasons the Coffee Table Concept Is in Style

Fills a void: a living room with nothing in the center of a couple of sofas looks like it’s missing something. However, I’m aware that I’ve probably been programmed to expect something to be there. Likely you have as well since almost all such rooms have some form of surface-based furniture in the center.

Serves a purpose: Literally, raised surfaces of any time in a living room serves a purpose – a place to put things on to relieve you from holding them. I’m thinking of drinks principally. Unless you constantly tilt back your beverages, it’s nice to put them down somewhere.

Art in itself: While coffee tables serve a function, they can also be a thing a beauty – a showstopper in the room kinda like large red upholstered stools in a white kitchen (a striking contrast IMO). Check the following coffee table example out: 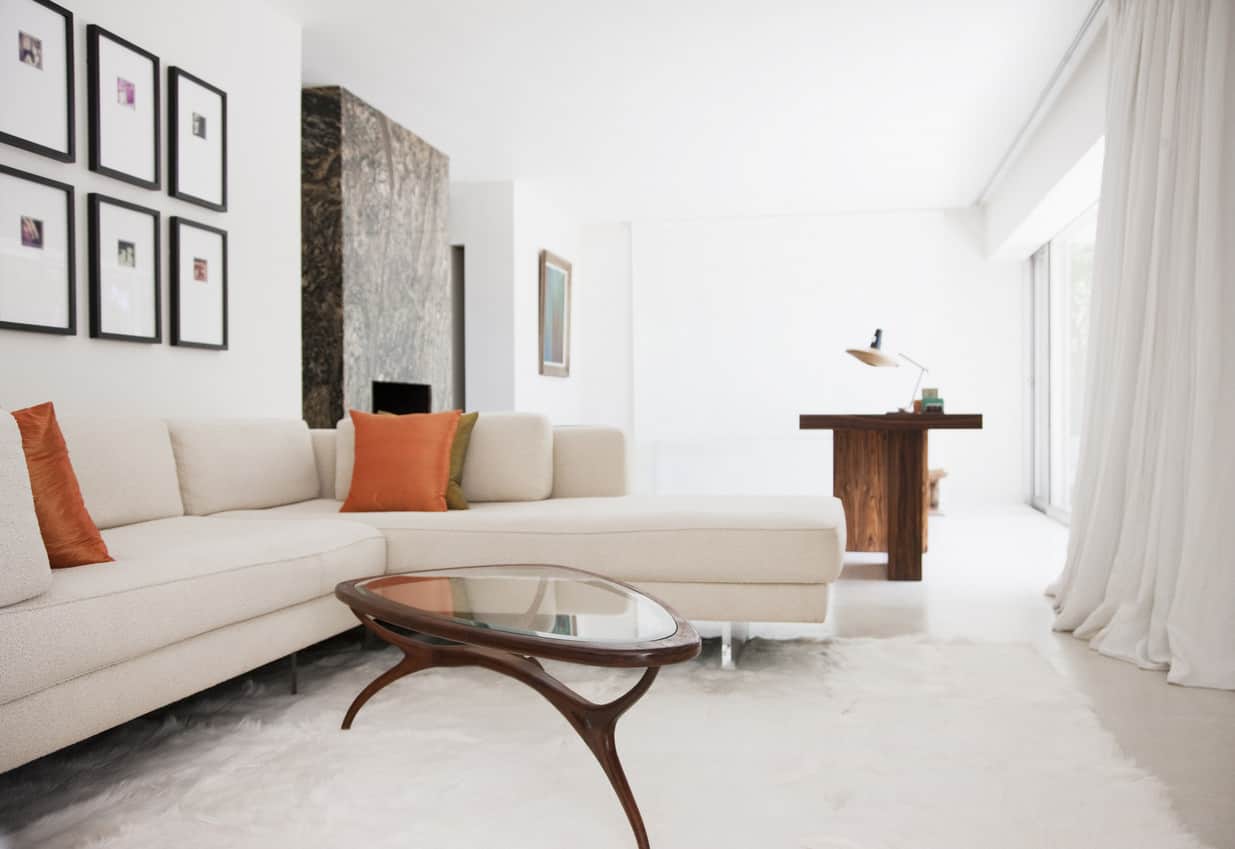 Shifting Gears to the More Specific

For those of you who are wondering whether the traditional table concept in the stricter sense is out of style, you may be right.

What do I mean by the “stricter sense”?

I mean literally a table, as in 4 legs and a tabletop that’s shorter to serve as a coffee table.

While they come in many sizes, shapes and styles, some people might prefer to eschew the table all together for something else.

There are many options other than a table such as an ottoman, platform and other surface options for a living room. Check out this cool low platform style option: 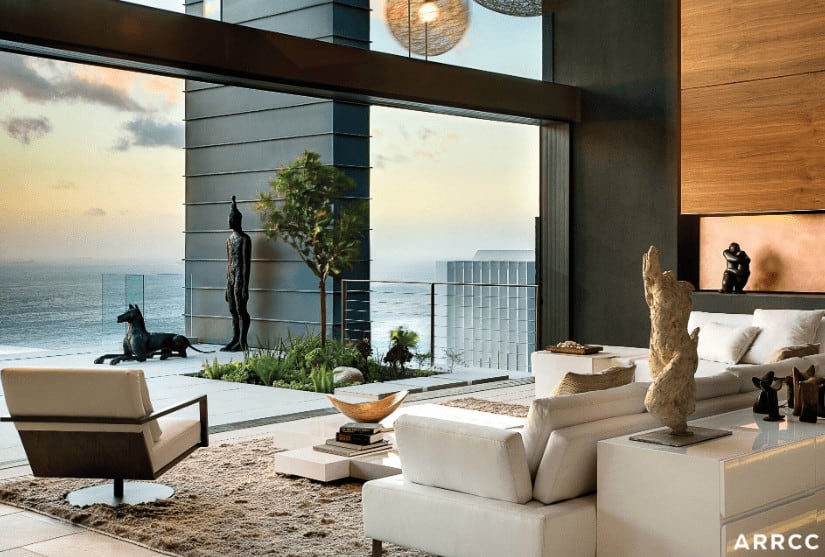 In other words, your only option is not some 4-legged table.

While there are indeed alternatives to a table, given the incredible variety of coffee tables out there, I find it hard to believe that it’s a non-table or bust. I do like the ottoman concept for a coffee table, but it’s not a dealbreaker for me and I don’t think it should be for you.

Are There Any Strong Arguments for No Coffee Table at All?

Of course there are.

One may be the design of your living room. There just may be such a design that works best without a coffee table. Perhaps it’s built for intimate conversion incorporating side/end tables instead of a central “room buster” table.

A good example is a large sectional sofa, specifically u-shaped. These tend to work well without a coffee table. See the example at the top of this article.

And then there’s my favorite argument for no coffee table and that is young kids. You kids have an uncanny ability for crashing into anything with drinks and food.

Coffee tables are mere hurdles to crash into for kids. I know having two young sons at home who use our living room and kitchen circle as a race track.

Is Too Small Worse Than None at All? 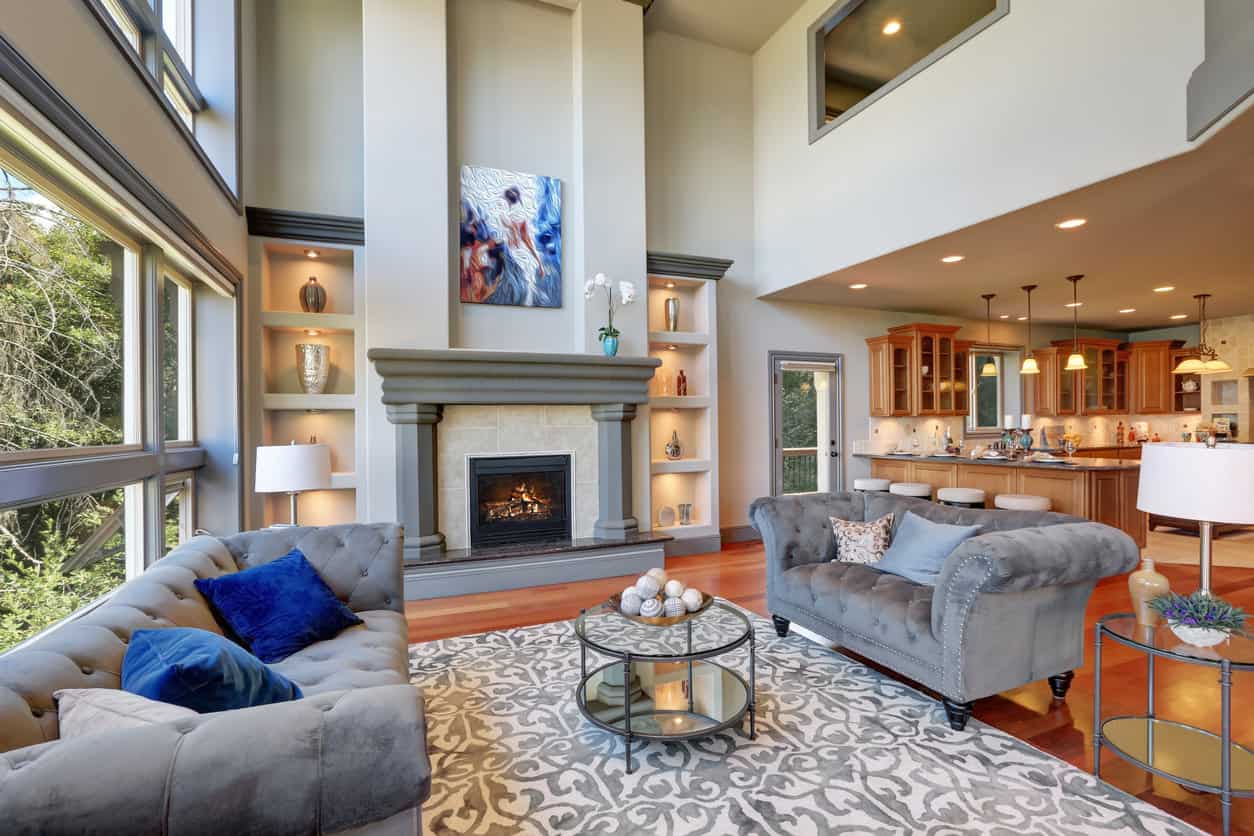 The above example is too small for the size of the room and furniture. The space, if there’s going to be a table, requires something larger.

But small is not necessarily bad in the right space. Check out the following itty bitty coffee table. It works beautifully. 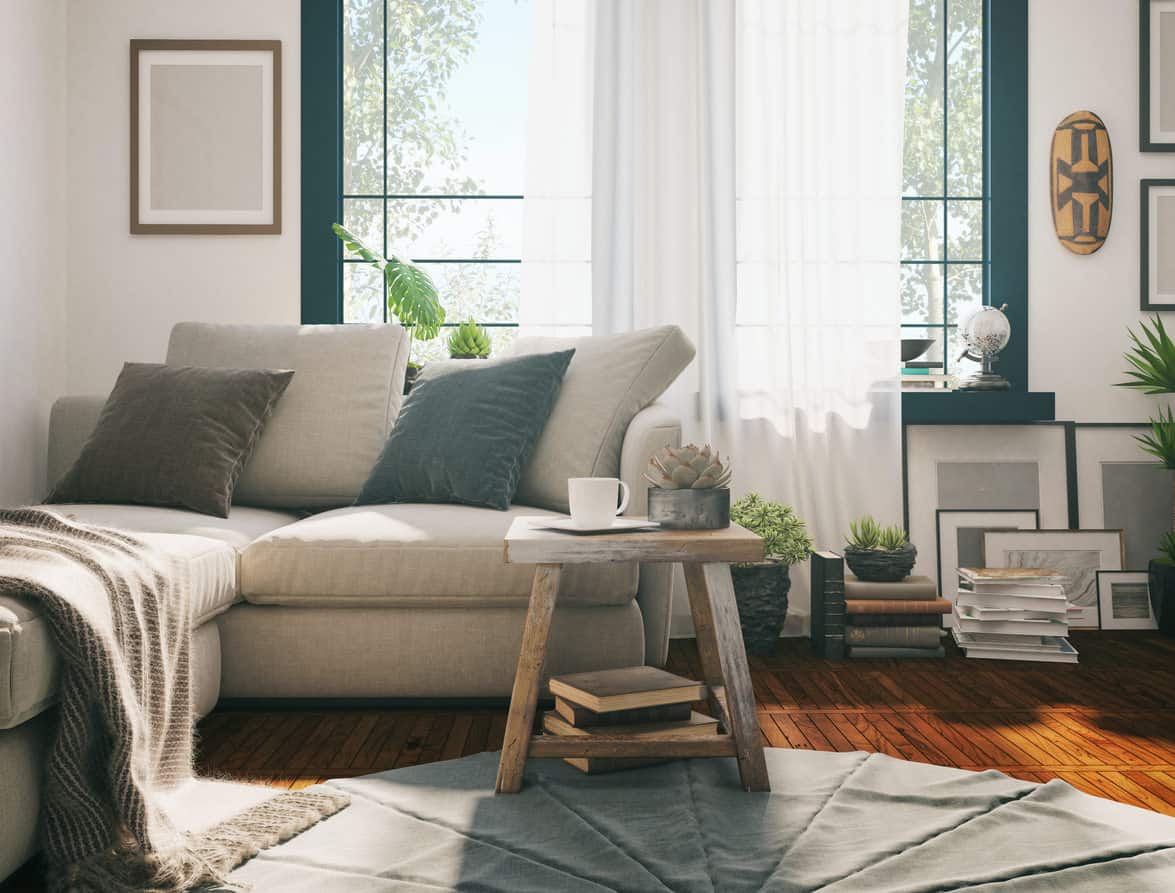 What About Too Big? Is This Even Possible?

Can you go too large?

Of course, you can. Even if you love coffee tables, too big is too big. There’s always a limit. Just like having 8 coffee tables is not a good idea either no matter how much you love them.

The following is an example of a living room with a coffee table that seems too large. 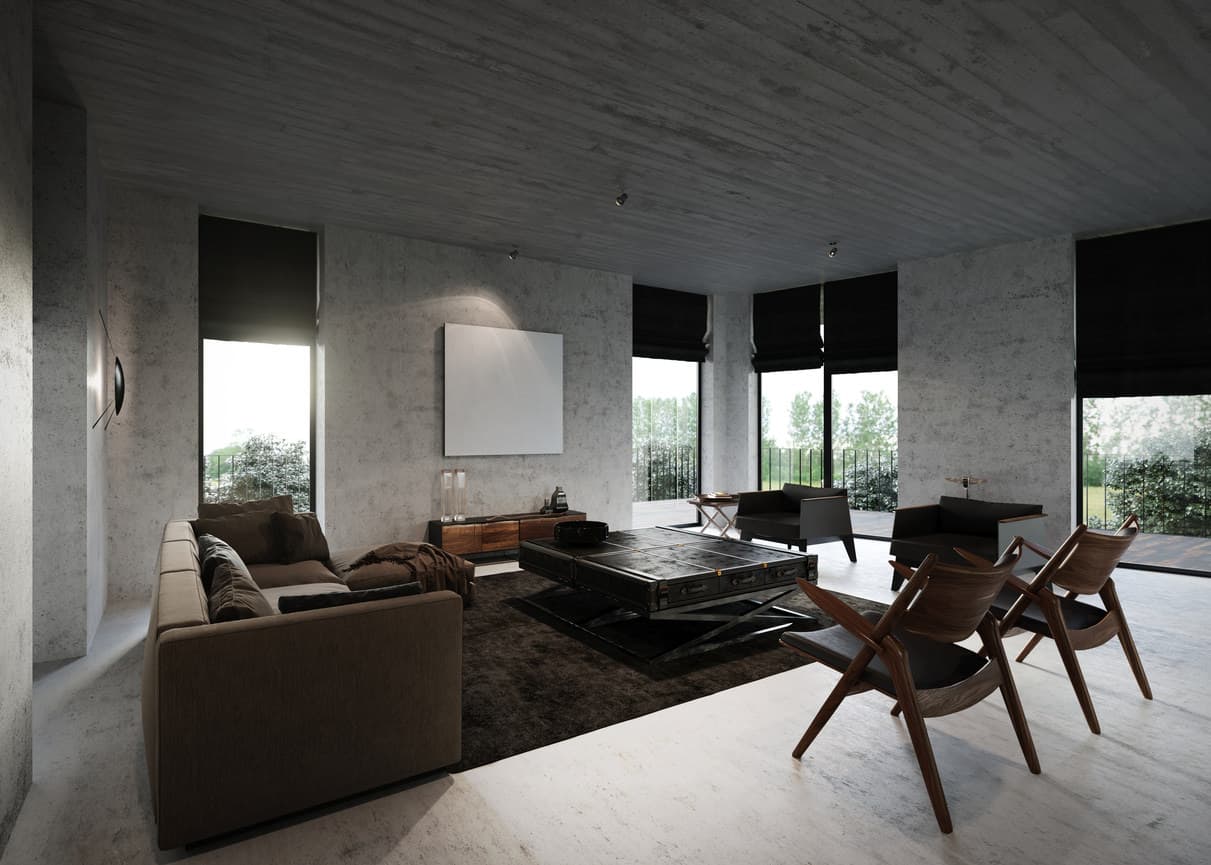 Here’s an example of a living room with a coffee table so large it’s verging on being the size of a ping pong table.

Best of Both Worlds – A Coffee Table That Blends In

Maybe you’re the type that loves the functionality coffee tables offer but you don’t like how they break up the space or look. Consider a coffee table that blends into the floor. Here are two examples.

Modern living room with a low coffee table that blends into the floor by ARRCC. 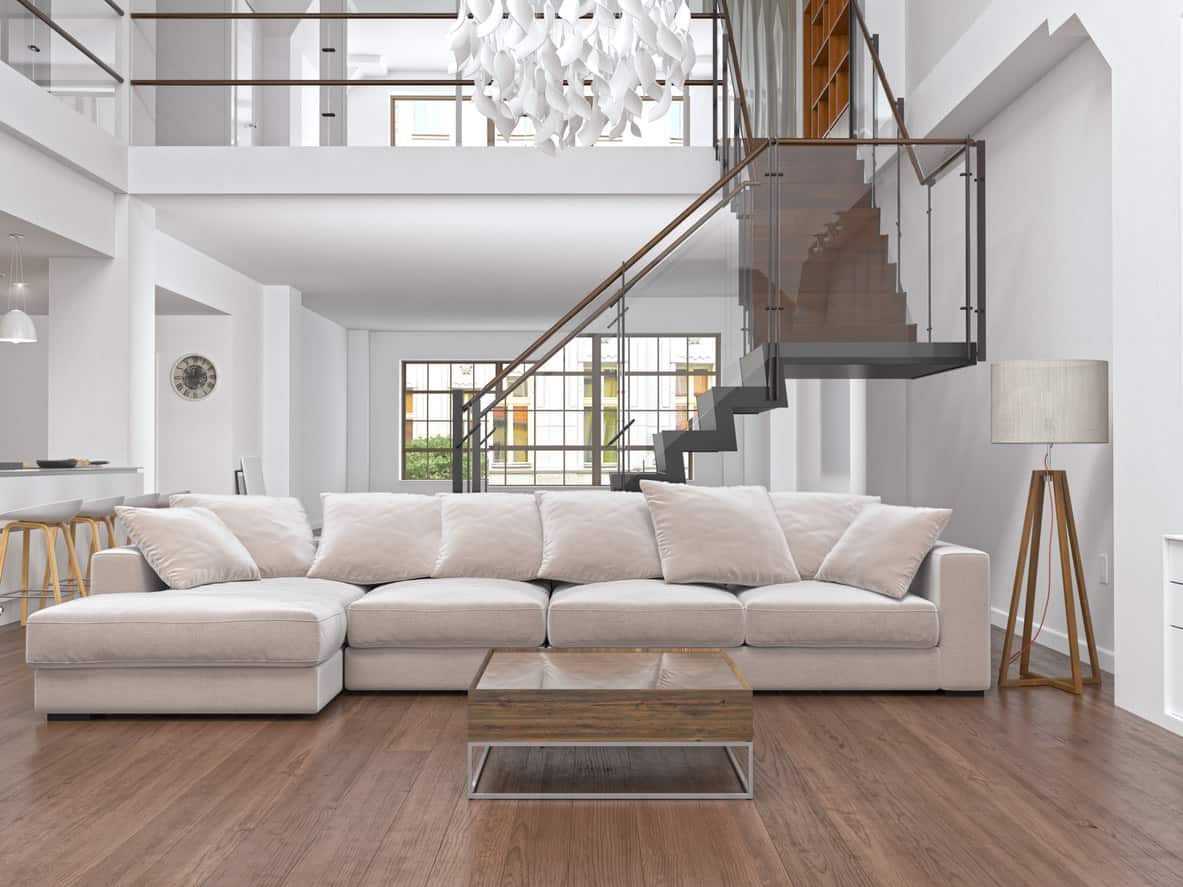 I actually had to look at this living room twice to spot the coffee table. If the grain on the side of the table were vertical, it would be almost invisible. As it is, it blends well into the floor.

For the Coffee Table Lover – Is 2 Better Than 1?

The idea of two equally important (or identical) coffee tables in a living room is as interesting as kitchens with two islands. While it may seem redundant or overkill in writing, don’t jump to such conclusions so quickly. 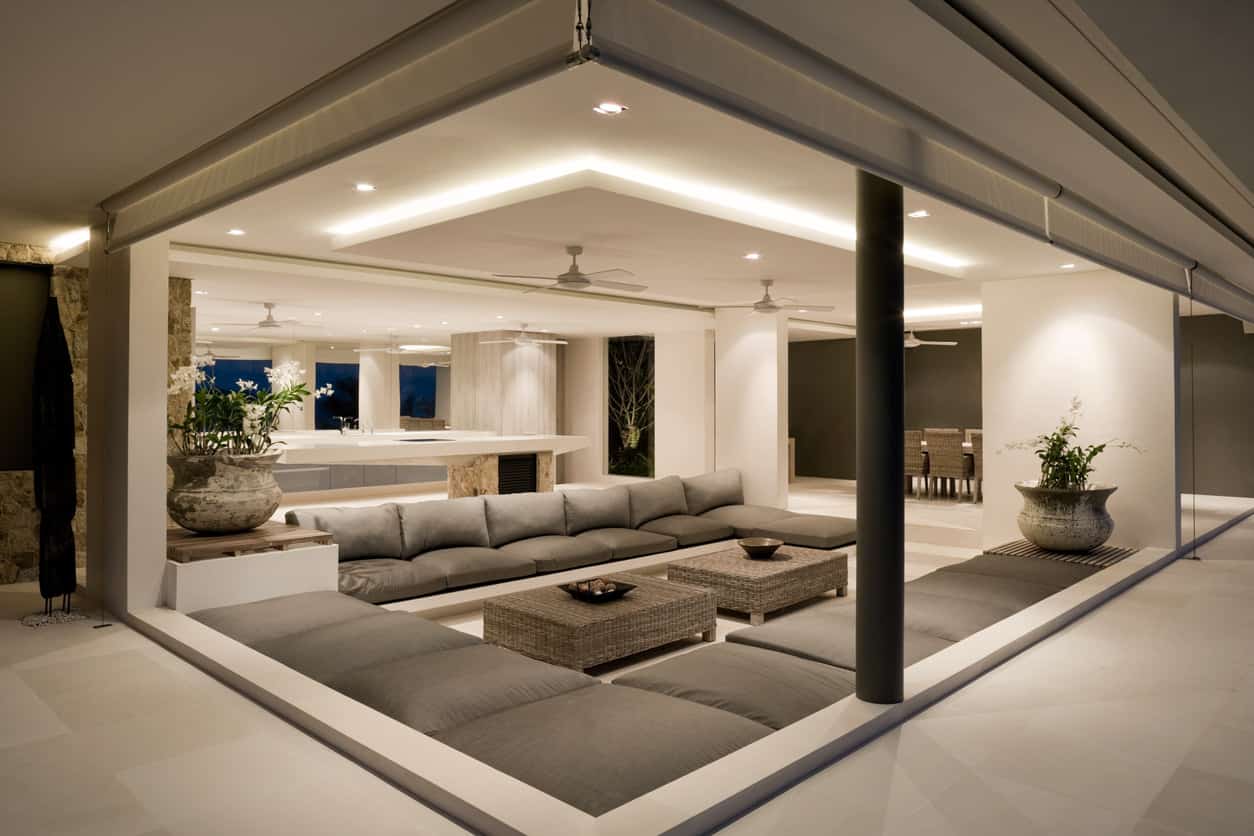 If I suggested that you should use two identical, relatively large coffee tables side-by-side in your living room, you might scoff until you see the example above. I understand the above living room style isn’t for everyone (I happen to like it). But it’s undeniable that in that space, the two identical coffee tables work well.

Where Does That Leave Us – Are Coffee Tables in Style?

Yes, they are in style. An overwhelming YES.

Even if you happen to buy into arguments or believe a particular design is better without a coffee table, that doesn’t mean coffee tables are out of style.

The greatest and latest designers incorporate them in living rooms to this day and I do not see or envision a time when they won’t. While our world is becoming more and more digital, our drinks and food will remain ensconced in the real world and need a real surface for putting down.

That said, maybe we’ll end up with drone-style cups and plates that float at our side … in which case such tech may render the coffee table obsolete. Until then, I like coffee tables in my living spaces.