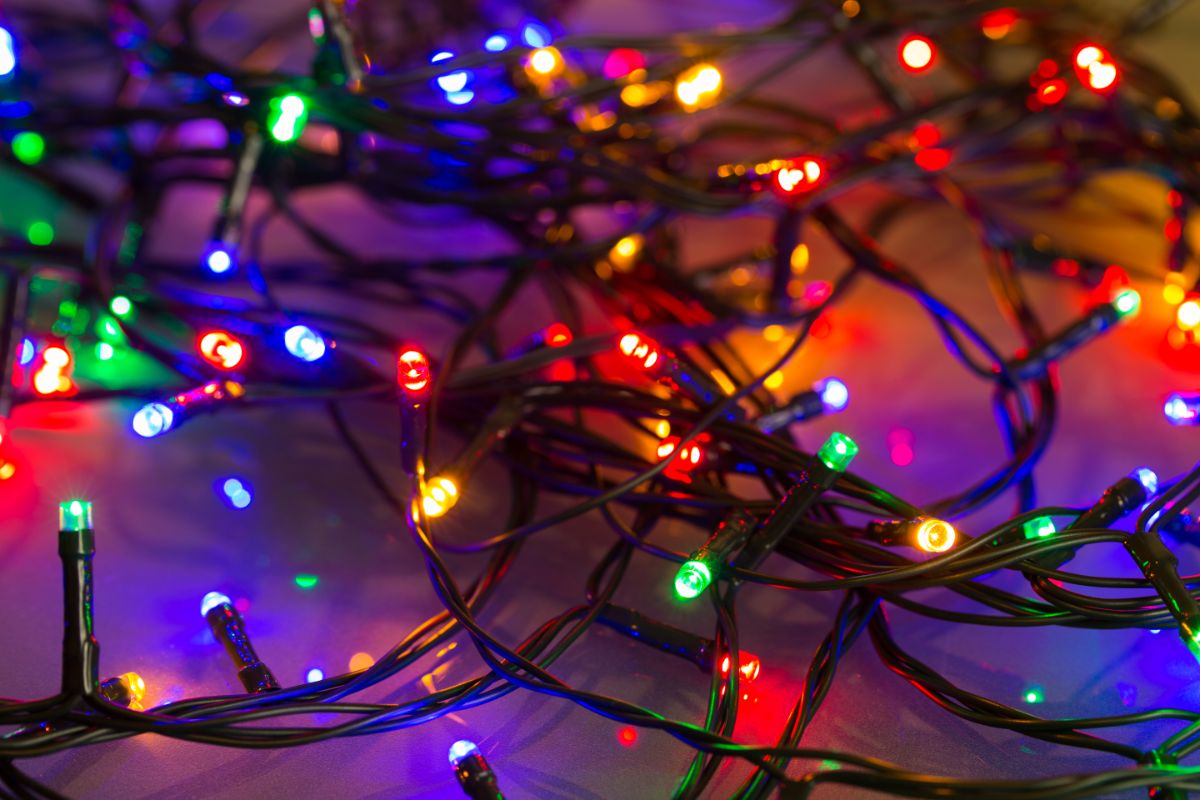 LED lighting, used worldwide every second, has many applications. Light-emitting diodes (LEDs) are used for industrial, commercial, and private uses. There are several types of LED lighting, some of which may flicker or blink or have a strobe light effect at times. Why do LED lights flicker? How can I avoid it or stop the flickering of my LED lights?

Blinking or flickering lights looks great on my Christmas tree, on outdoor lighting, or at a concert, but not in my home. You likely prefer to have your LED lights working how they are supposed to, and for a long time. Learning a little about light-emitting diodes and why they flicker helps to discover ways to stop flickering or avoid it in the first place.

Table of Contents Show
What are LED Lights?
Why is LED Lighting So Popular?
Why Do LED Lights Flicker?
Loose Bulb Connection
Did You Try to DIY?
That Flickering and Buzzing is Not All in Your Head
Dimmer Switch Not Compatible
The Older Home Bad Circuit Breaker
LED Light Glows After Turning It Off
FAQs
Do LED lights flicker when burning out like incandescent light bulbs?
Is it safe for me to touch a flickering LED light?
What are some benefits of purchasing Smart LED lighting?

What are LED Lights?

GE explains that LEDs are “small light sources or thin chips” that illuminate via the movement of electrons through a semiconductor material.

The light-emitting diode in the non-visible range soon gave way to visible LEDs, invented by General Electric (GE) engineer Nick Holonyak, Jr. in 1962. His colleagues referred to the invention as “the magic one” because it was visible to the human eye. 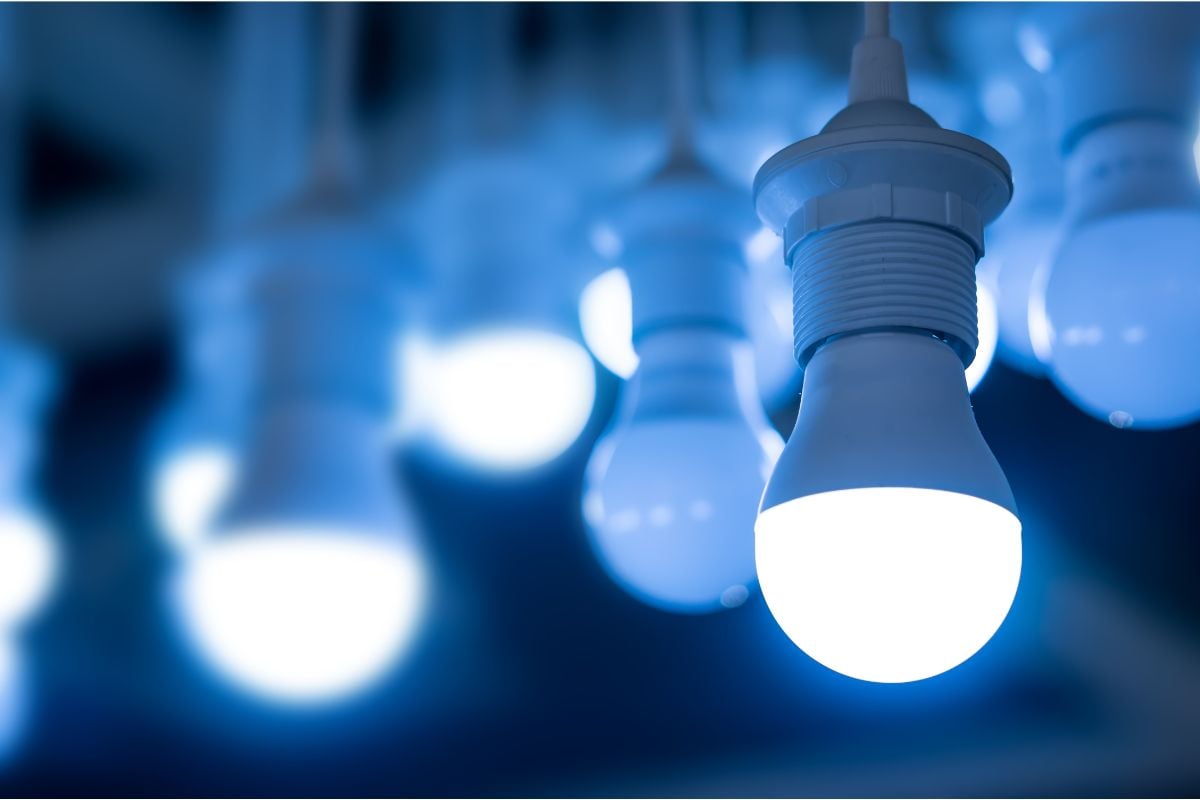 Fifty years later, an 83-year-old Holonyak reflected on his efforts to create visible LED lighting. He thought that if “they” could make a laser, he could create a visible one.

You likely do not realize that LED lighting has applications in everything from elevator buttons to roadway and parking lots, airport taxiway lights, commercial signs, and microscopic surgical equipment.

Why is LED Lighting So Popular?

The U.S. Department of Energy indicates that LEDs are the most energy-efficient lighting and the most rapidly developing lighting technology. Residential LED technology uses a minimum of 75 percent less energy, emits very little heat, and lasts up to 25 times longer, compared to incandescent lighting.

The cost of LED lighting continues to decline with improved manufacturing efficiency and increased availability. Costs have dropped by 90 percent since 2008, with a certified LED 60-watt LED lightbulb costing less than $2.00 today. 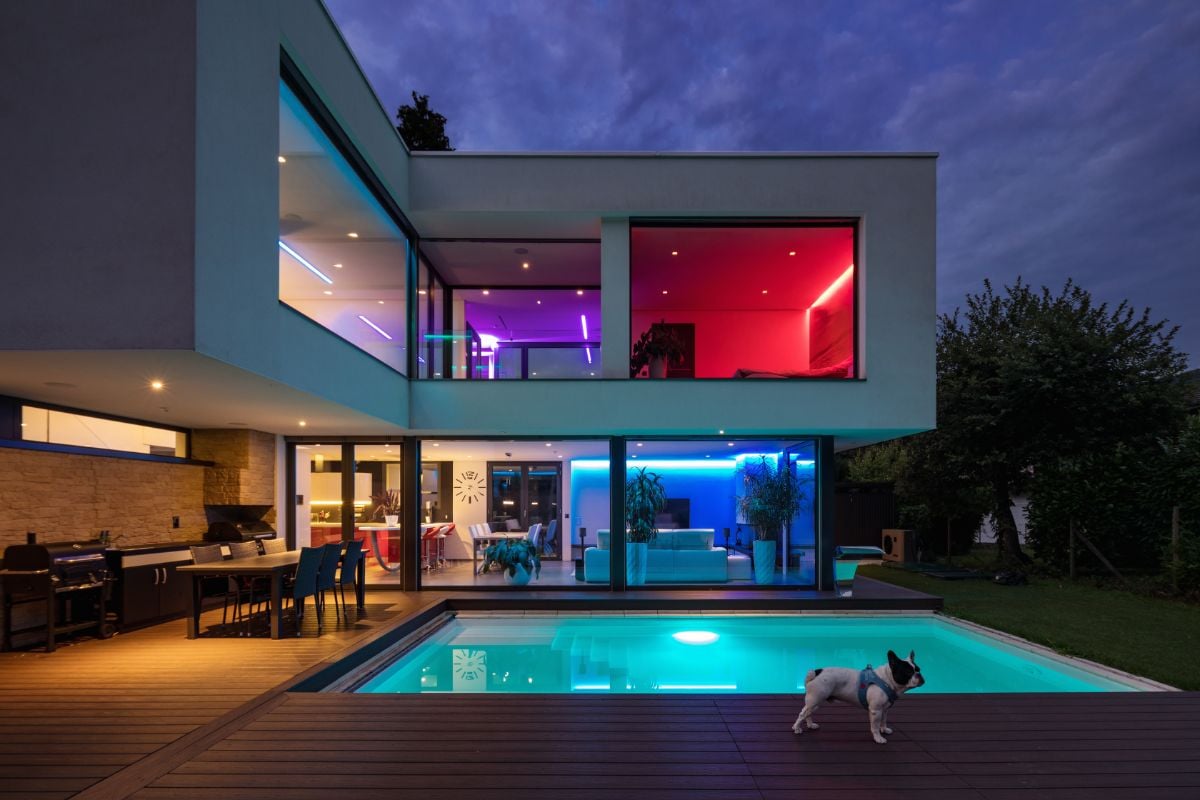 The savings and efficiency resulted in the U.S. Government announcing a phaseout and intended ban on the manufacture of most incandescent light bulbs that produce less than 45 lumens per watt. The expected results of the action are that American consumers will save $3 billion each year, and a substantial reduction in carbon emissions.

LEDs outlast any other light source. The long-lasting abilities are one reason that consumers choose LED lights for their homes. Homeowners and renters realize considerable savings on utility bills and other costs when they choose LED lighting solutions.

Roadway and area lighting provides energy-efficient, targeted lighting in communities across the globe. Major retailers and restaurant owners save on both energy and maintenance costs.

The fact that LEDs do not contain mercury is another reason for people and business owners to choose LED lights.

Why Do LED Lights Flicker?

Do your old lights flicker, causing you to feel annoyed, and to worry about safety? LED lights sometimes flicker while on, or seem to glow even after the light is turned off.

What causes LED lights to flicker? How can I avoid the flickering of my LED lights? These are common questions that have easy answers. 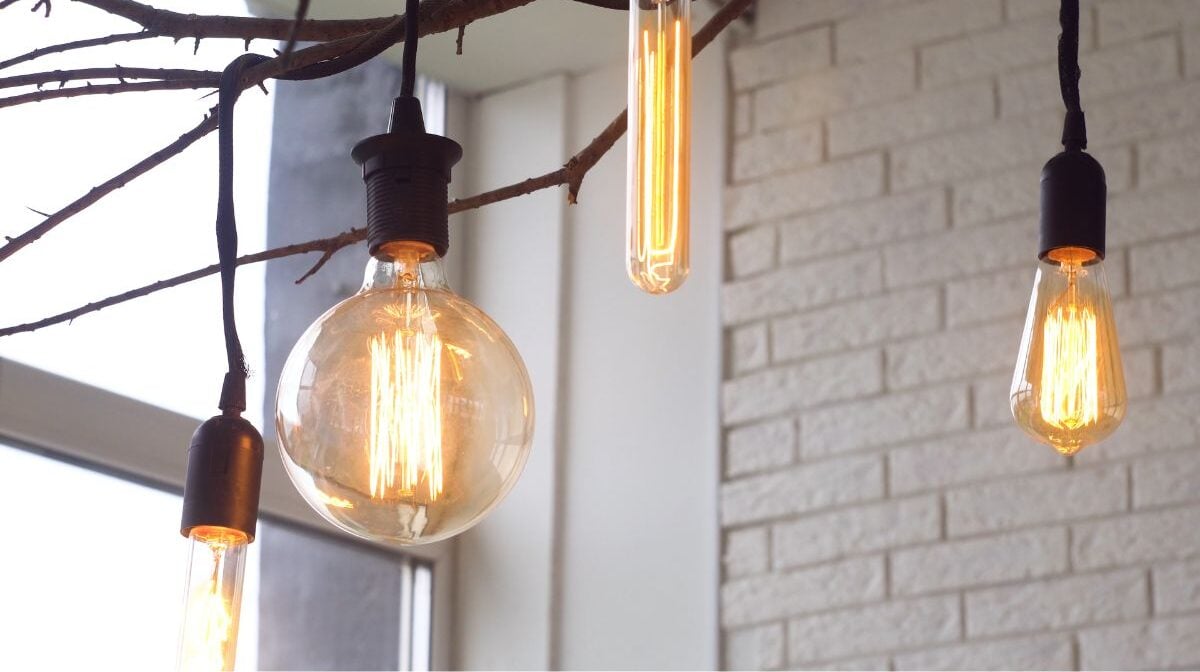 A loose bulb connection is a common reason why LED lights flicker at times. The bulb loosens over time. A broken wire inside the light and the presence of corrosion, dust, or dirt in the socket of the LED light is a potential reason for the flickering of your LED light.

Check the bulb and connection to eliminate the flickering of the light.

Did You Try to DIY?

Do not install LED lighting in your home if you are not an experienced electrician. Although the DIY option sounds exciting, installing the lighting yourself risks causing the light to flicker and may result in a fire.

Does taking on the task of installing the LED lighting in your home sound easy after reading the DIY instructions, even though you have no experience with LED lighting installation? It is not worth the risk.

Did you install the LED lighting anyway, and now wonder why the light flickers? Call the electrician, who knows how to install the lighting properly, which will likely take care of the flickering LED lights.

That Flickering and Buzzing is Not All in Your Head 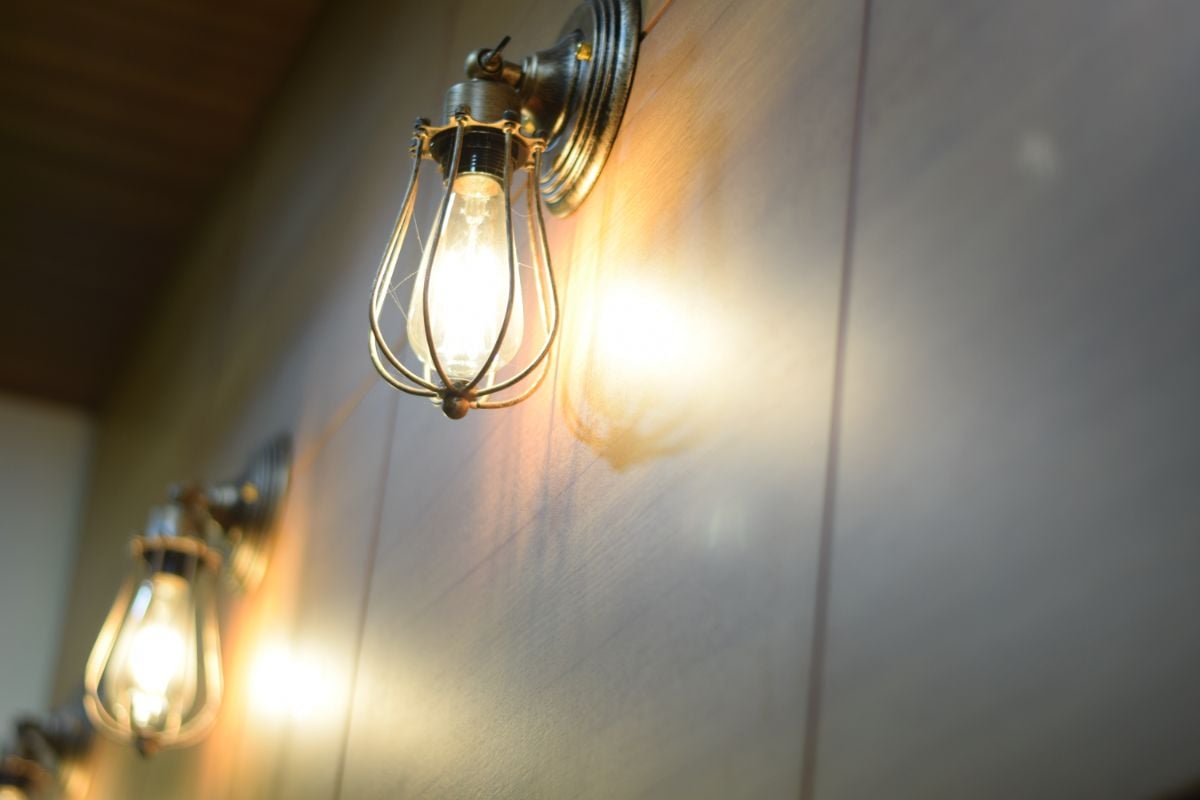 Do you hear buzzing or humming sounds along with the flickering LED lights? The cause is likely because of loose wiring.

Turn off the electricity. Check all the wires to make sure that there are no loose connections. You will likely need an electrician if you find loose wiring that you are not qualified to repair yourself. Normal wear and tear sometimes cause flickering or buzzing when you have LED lighting.

Do you want to stop the intermittent LED flashing and flickering? You need an LED dimmer controller so that the LED light and dimmer work properly. You also want to make sure that you check the LED lamp at the time of purchase. LampHQ indicates that this information “must be stated” on the packaging or the product description.

Do you still have flickering? Replace the inappropriate dimmer with an LED dimmer. 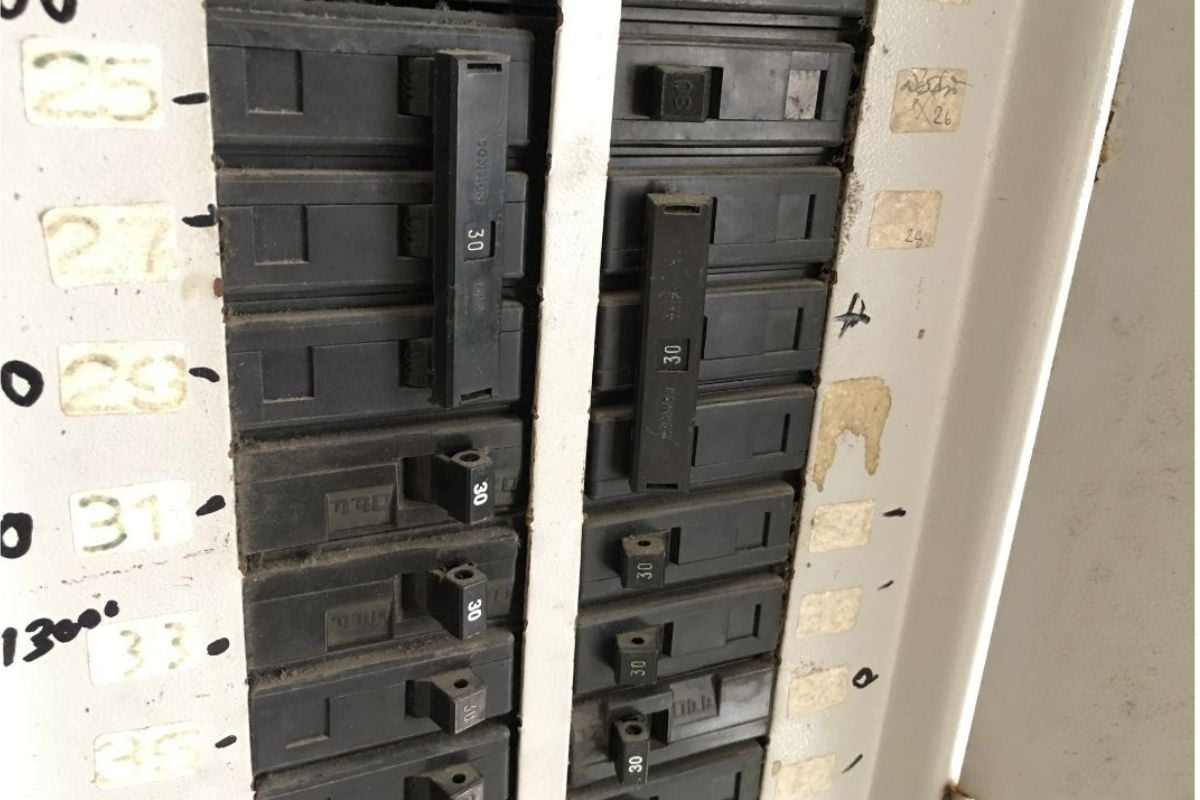 You love the old home that you restored to perfection. Okay, maybe you just moved into grandma and grandpa’s old home after they passed away. You decide that LED lighting is an ideal and affordable update. You wanted fine quality, energy-efficient lighting. Instead, you have flickering LED light issues.

The older home that has circuit breakers is likely not designed to work with LED lights. Do you have appliances on the same circuit? You will likely experience the LED lights or electricity on that circuit blowing out. Moving the appliance to another area often results in the same flickering or electrical blowouts. Call an electrician to discuss your options.

Do not try the DIY option here.

LED Light Glows After Turning It Off

My LED light glowed dimly after turning it off, which was merely an annoyance. Several reasons for LEDs glowing after switching them off include the fact that the LED light stores energy in the form of visible light for a short period. The glowing usually disappears within a couple of minutes.

The LED driver components may serve as storage for electrical energy. The glow that you see likely goes out after a few minutes, after the discharge of the energy stores.

Contact an electrician if the LED lights continue to glow after turning off the light switch.

Do LED lights flicker when burning out like incandescent light bulbs?

Some LED lights flicker as they burn out, but not all of them. LED lights sometimes flicker even during regular use, not because they are close to burning out.

Is it safe for me to touch a flickering LED light?

What are some benefits of purchasing Smart LED lighting? 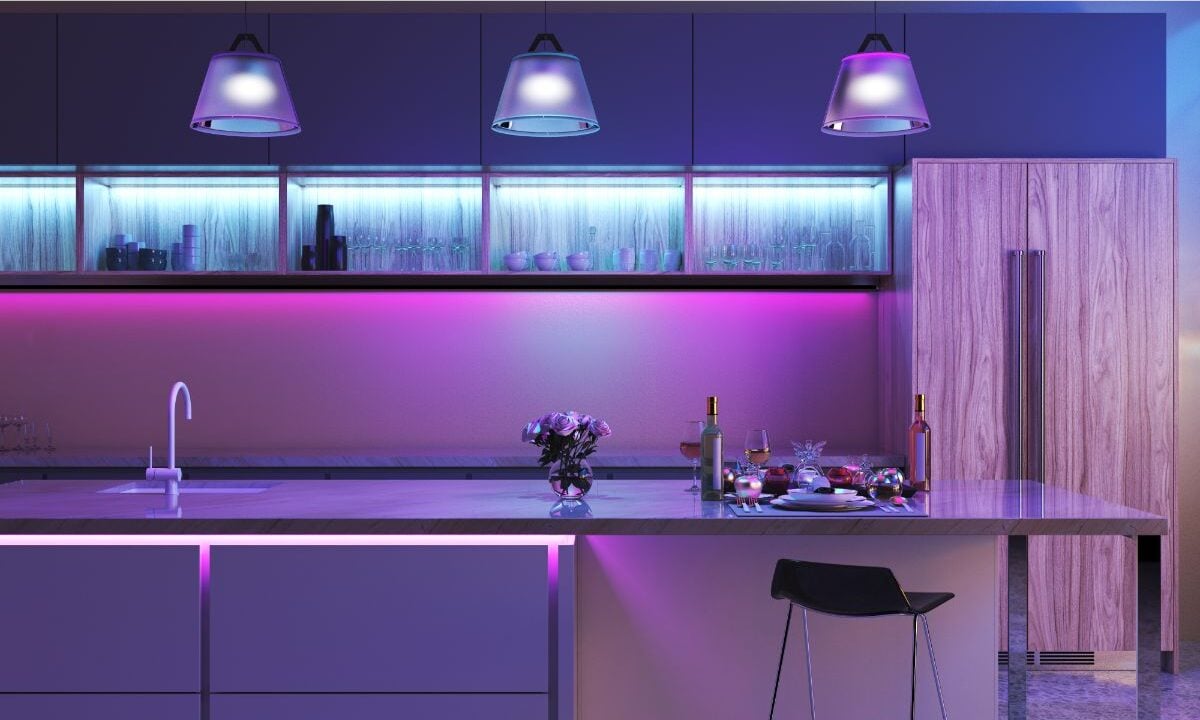 Smart LED lighting gives you more control and cool options. Look for smart technology that allows you to have brighter lighting or white lighting for all your tasks or to create the right mood. Choose LED smart bulbs that provide color options, or that have other added effects.

Today’s smart LED light bulbs connect via your home Wi-Fi. Use the smartphone app for set up. Most Smart LED bulbs are compatible with Amazon Alexa, Google Assistant, Apple HomeKit, and IFTTT platforms.