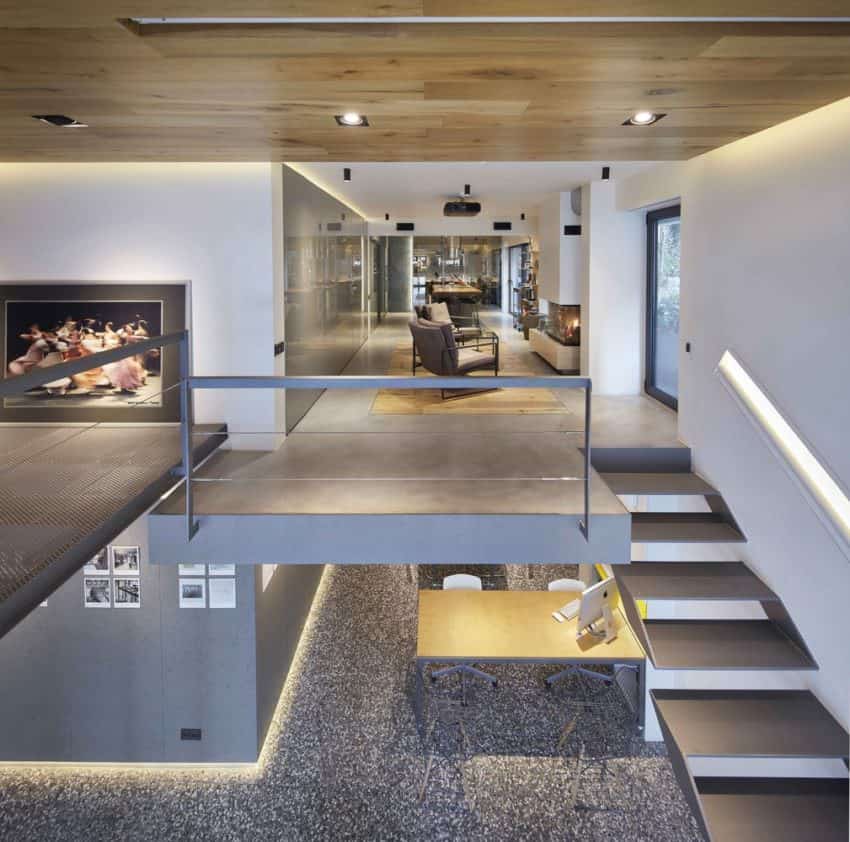 Text provided by architects: This is the story of the conversion of a regular, standard flat into an art gallery, photography studio and a private house. The apartment is located on a quiet street parallel to a busy boulevard in Alsancak, one of the most densely populated neighbourhoods in Izmir. The brief was to design the ground floor and the upper floor of this apartment which was part of a five storey housing block on this calm and green street, to be used as a photographic studio. During the design process, together with the client it was agreed upon that this place could go beyond being just a photographic studio. Besides meeting the demands of the client who is a well-known photographer in İzmir, who wanted to have a place for his own where he could live and work, the idea of integrating an exhibition area to this space was quickly embraced. While enabling his studio to exhibit and share the photographic work that it produces, this space would also host other photography exhibitions and thus become an alternative art exhibition spot in the city.

While the ground floor was planned to fulfill the necessities of a photographic studio and an exhibition space, the upper floor was designed to have the office space, kitchen area, sleeping and private resting zones. However, one of the important targets of the project was to maximize the creative space for the photographic studio, therefore in the design process upper floor and mezzanine is planned to serve as spaces for photo shooting if wanted. In this way, the project turned into a ‘loft’ space where working, living & exhibiting functions intertwined with each other under the roof of a photographic studio.

Answers were sought to questions such as how could a space which was constructed and used initially as a typical, standard apartment could transform into a multifunctional area where different functions and forms of living can go along together; how could permeability within these functions be established and how could the flow of life and space be in such a place. Project got the chance to open more to public thanks to the exhibition space that it had gained. Integration with the wide sidewalk in front of the apartment was essential. The surrounding space around the apartment until the street, was decided to be included in the design. Sidewalk level and the material was to continue until the inner space. The sliding folding glass doors forming the facade, could open completely by being collected on the sides and thus would contribute to the fusion of the inner space with the urban space on an exhibition event. Street flowing into the inner space and viceversa, would enable a potential exhibition visitor passing by there to have a look into the exhibition without a filter. This wide sidewalk that belongs to the city and the apartment could become a social area and platform on an exhibition opening night where people could communicate with the comfort of being on the street rather than in an enclosed gallery space. As a result a cozy, fun, wise layout, set up and transformation was aimed which would balance well the separation and incorporation of the abovementioned functions and be open to public and be private to the necessary extent while contributing to the surrounding built environment. 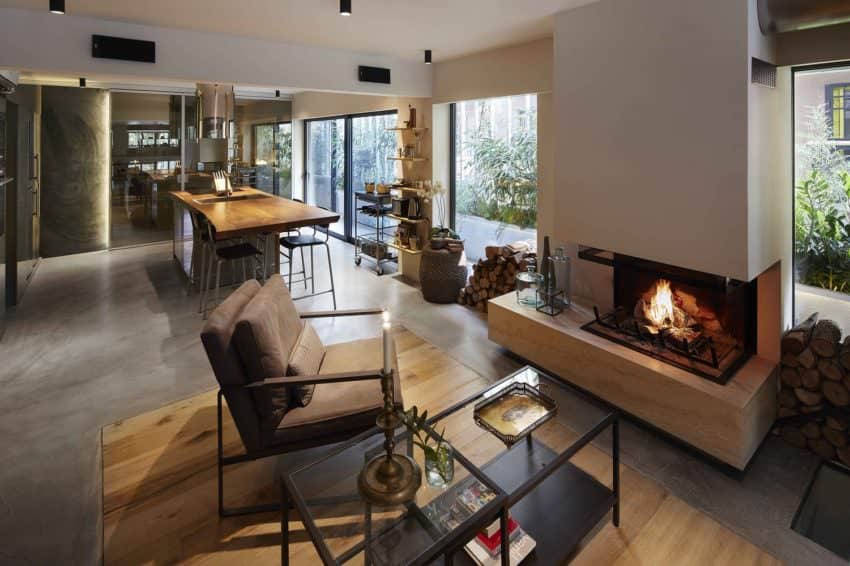 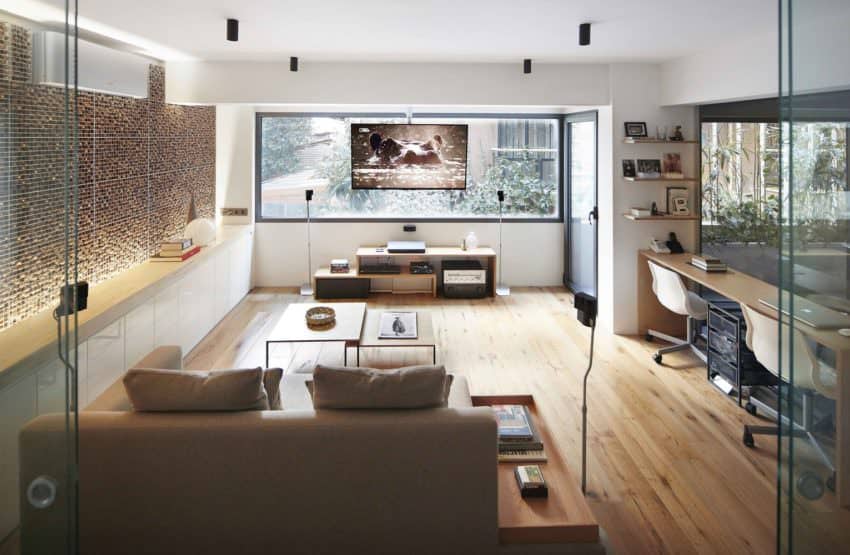 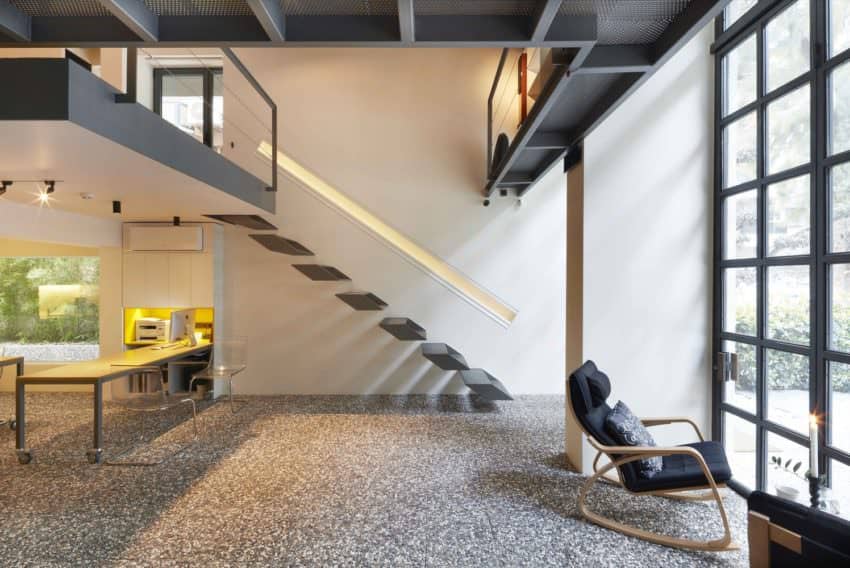 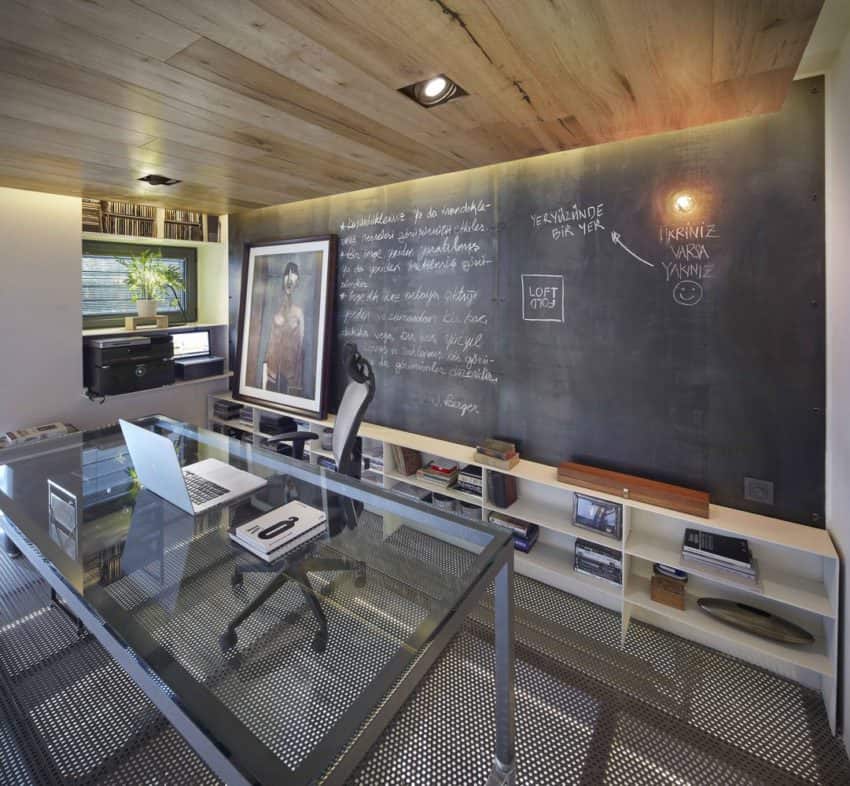 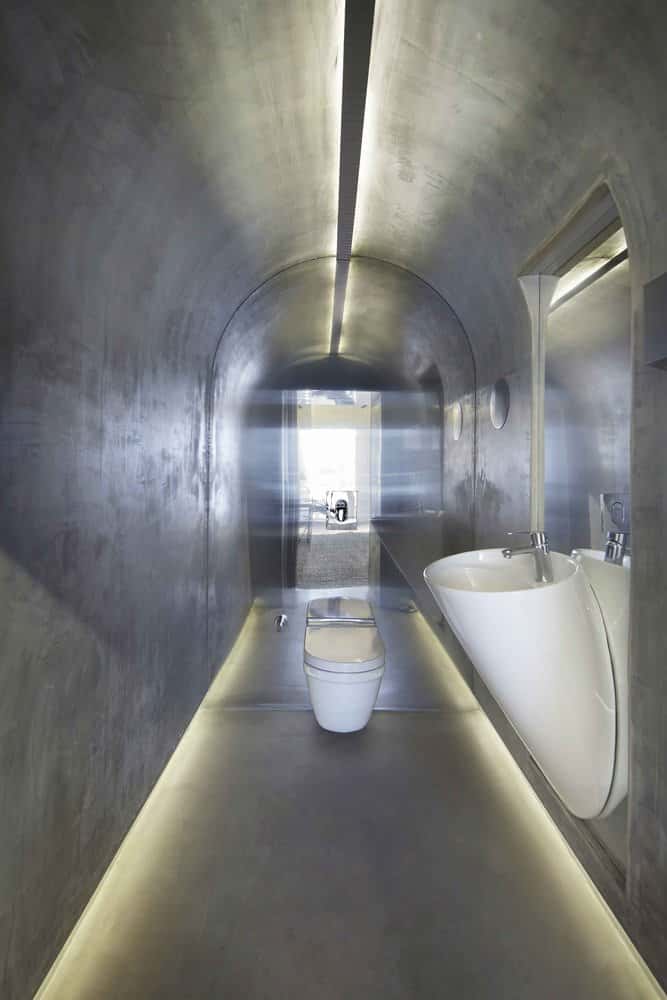 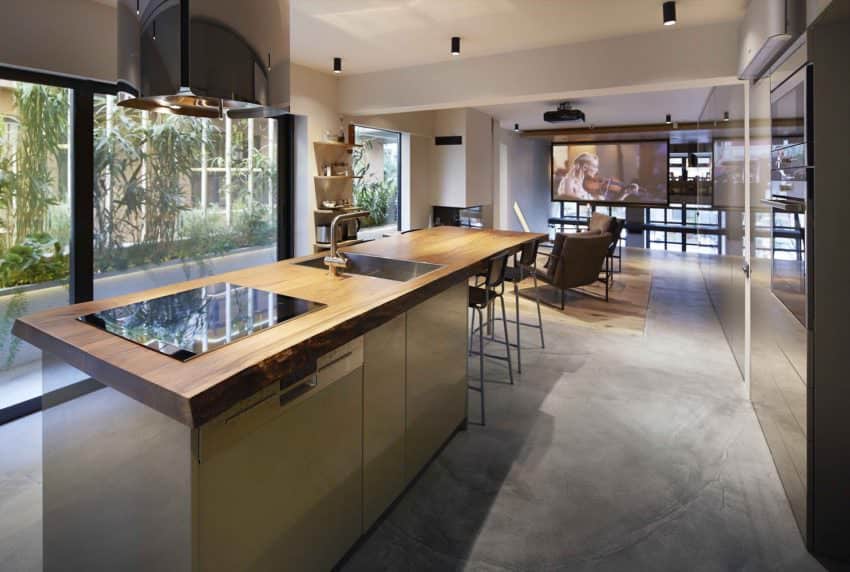 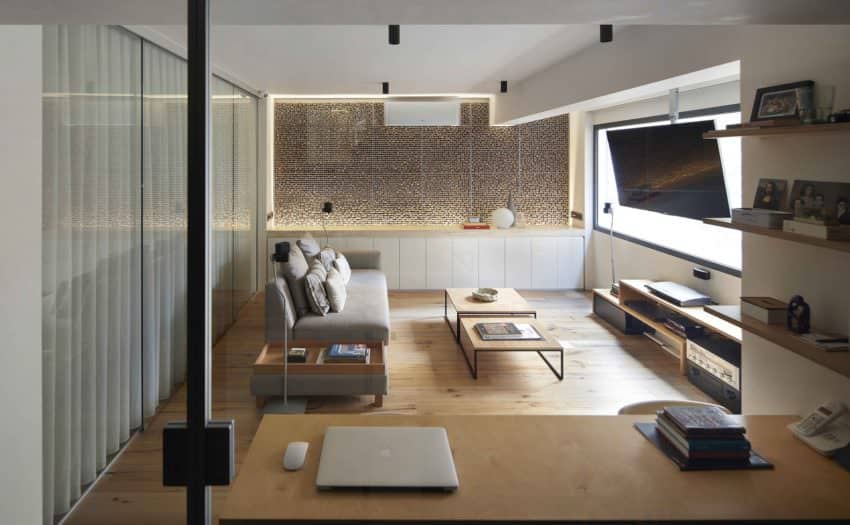 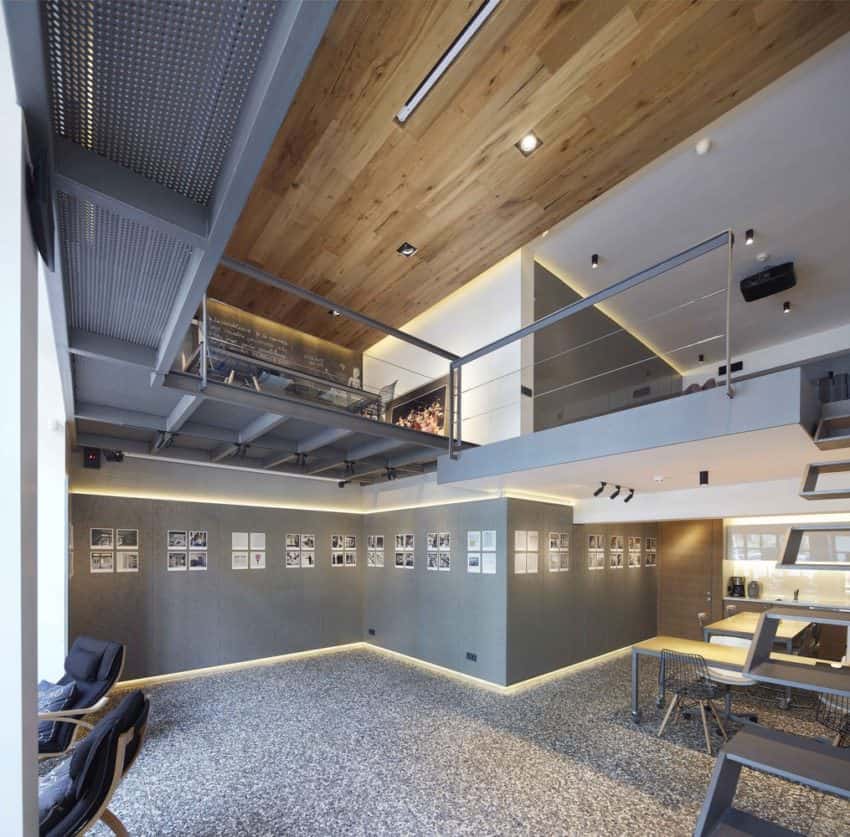 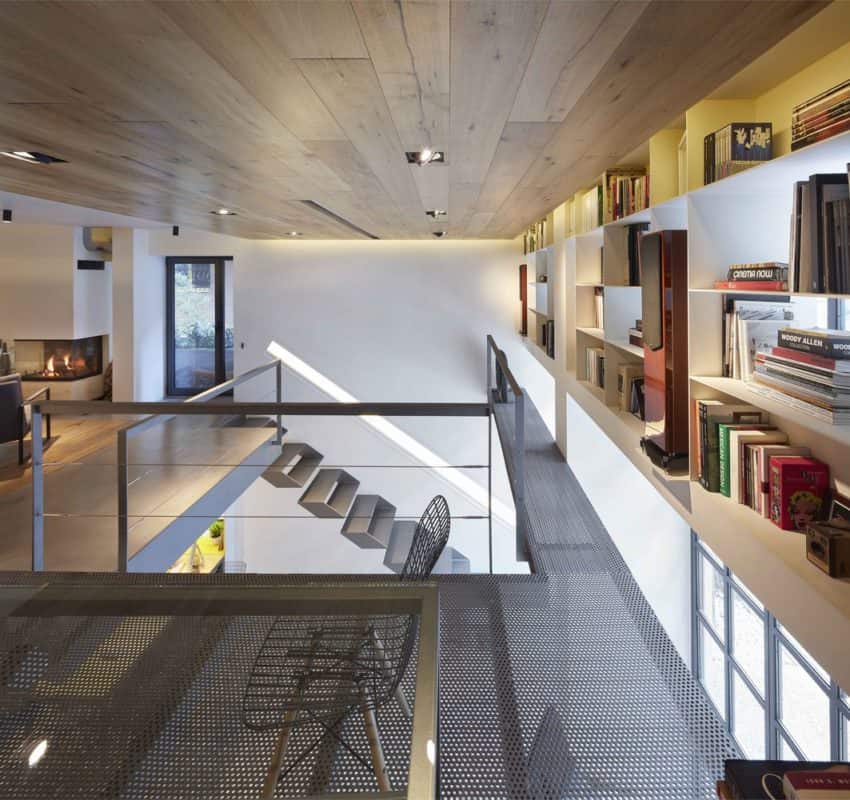 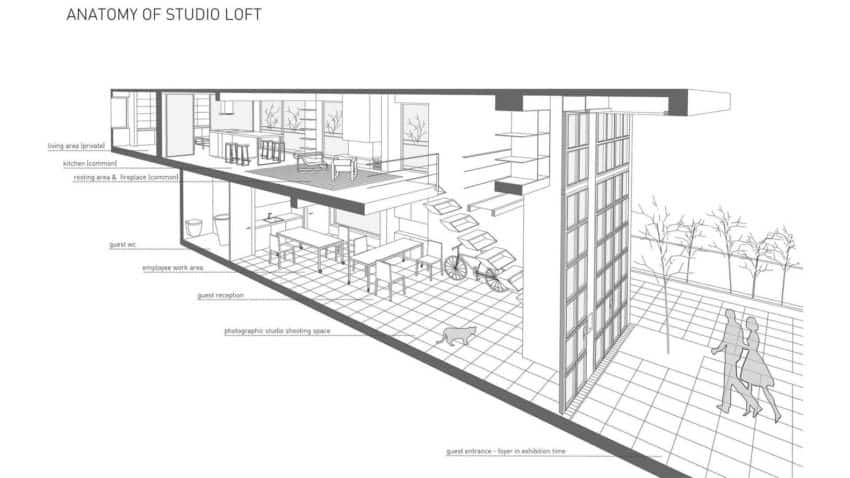