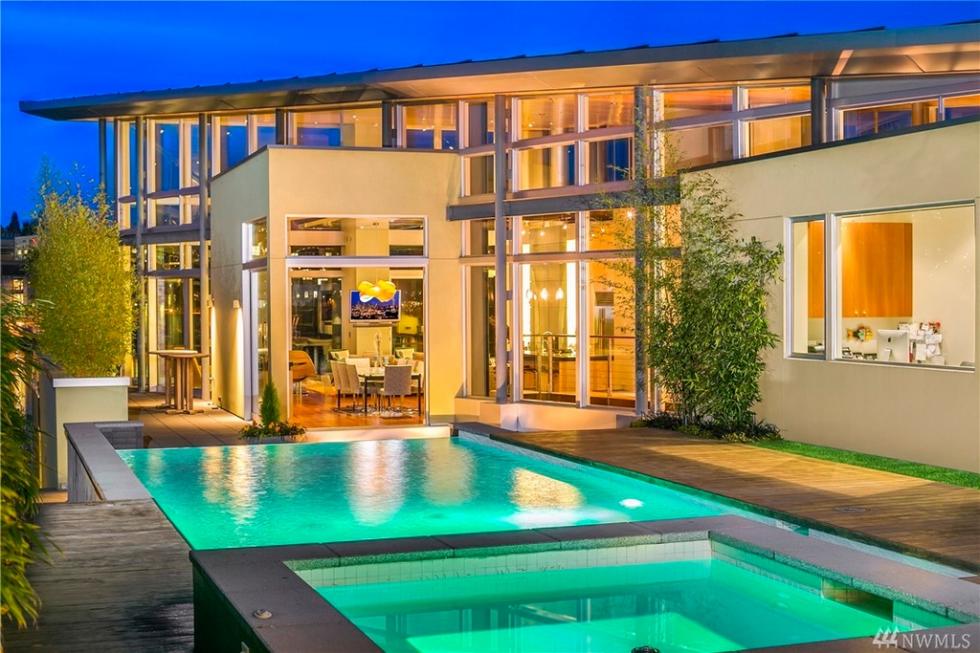 One of the luxury waterfront estates of Seattle’s Capitol Hill is now on the market. This is a part of Seattle’s wealthiest neighborhoods with an asking price of $7.368 million.

The house is measured at 4,468 square feet with multiple levels facing the lake, sweeping Seattle city views, three bedrooms, four bathrooms, and lots of glass walls to maximize the view. The house also boasts of a great room that opens to the kitchen with bar island and dining, a den/library/office, all topped with a metal roof, and a modern pool. 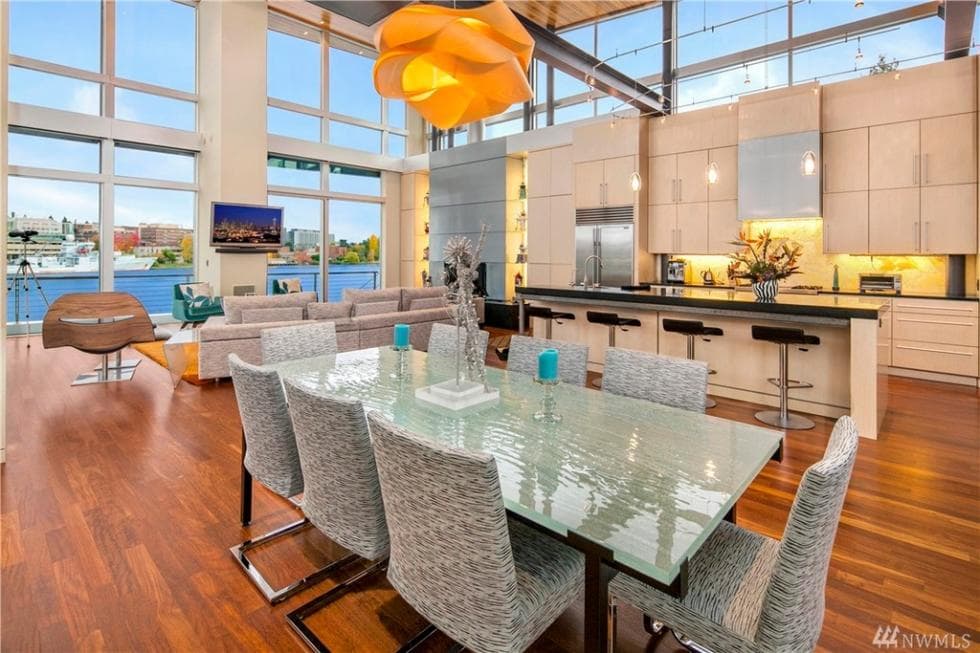 The dining area is part of the large room that also houses the kitchen and living room on the far side by the glass walls. The dining area has a glass-top dining table topped with a decorative pendant light hanging from the tall ceiling. Image courtesy of Toptenrealestatedeals.com. 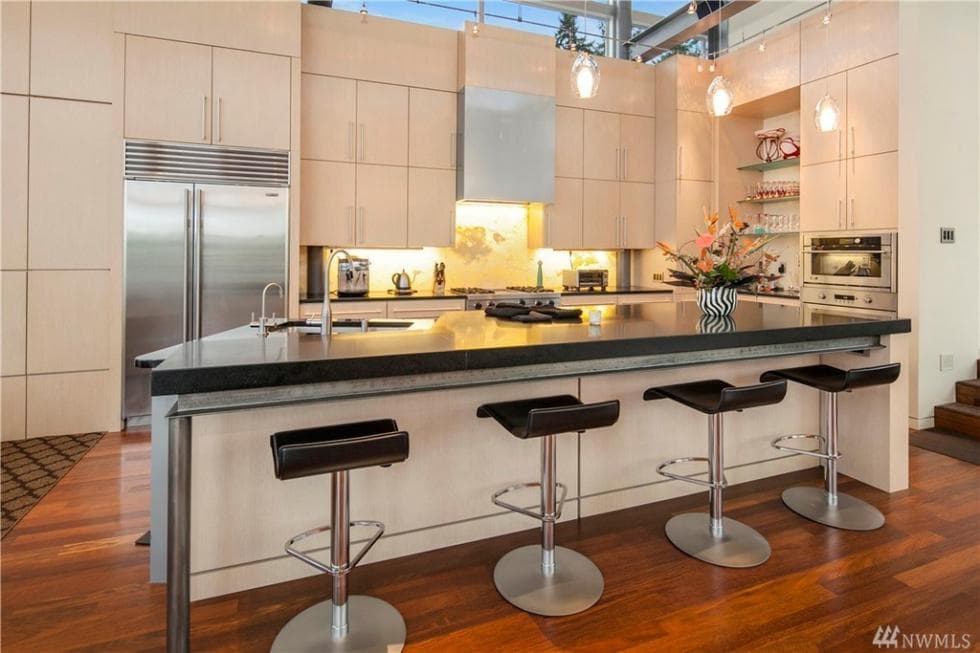 The kitchen has a large island with black countertops and white cabinetry. This stands out against the dark hardwood flooring that also complements the surrounding cabinetry lining the walls along with the stainless steel appliances. Image courtesy of Toptenrealestatedeals.com. 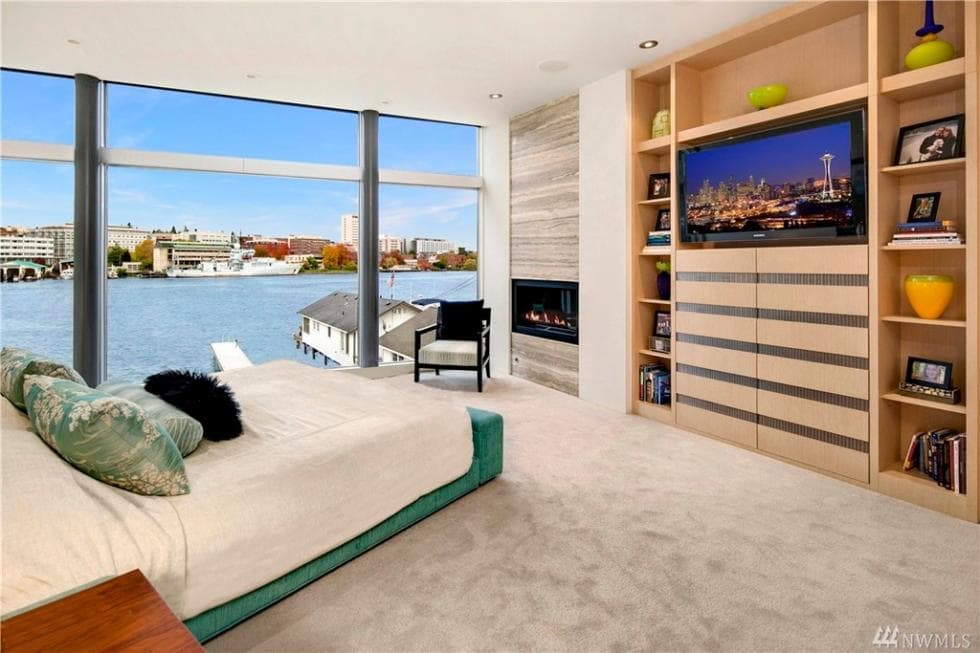 The bedroom has neutral tones to its carpeting, platform bed and built-in cabinets. These are all complemented by the views afforded by the glass walls. Image courtesy of Toptenrealestatedeals.com. 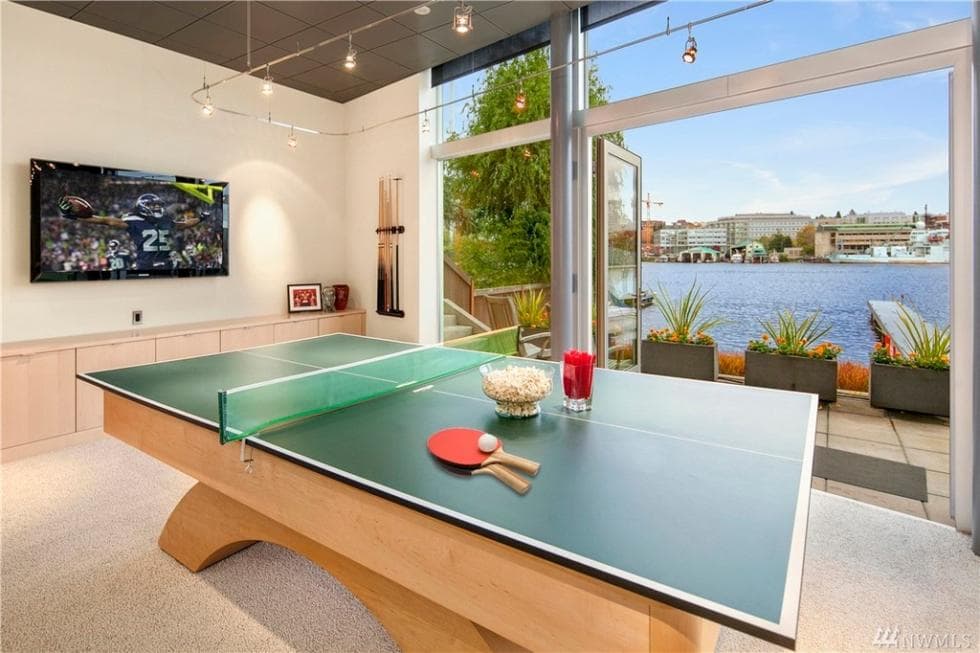 The game room has a large ping pong table illuminated by the modern lighting of the tall ceiling along with the natural lights coming in from the glass walls and doors that have great views of the lake. Image courtesy of Toptenrealestatedeals.com. 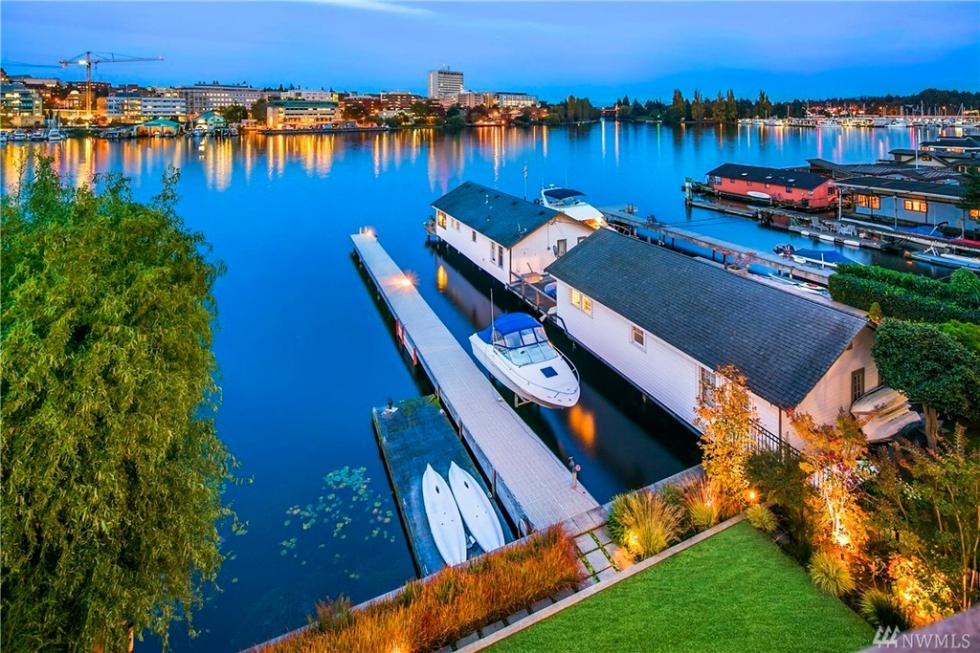 This is an aerial view of the house. Here you can see that it is mostly built on the lake itself giving it a private area from the street. Image courtesy of Toptenrealestatedeals.com.

Seattle’s Capitol Hill is a neighborhood of contrasts. It is one of Seattle’s wealthiest neighborhoods with many waterfront luxury estates, but also the place where the grunge music scene originated in the 1990s. The statue of Seattle native Jimi Hendrix in Capitol Hill’s Cal Anderson Park is a testament to the area’s hard rock vibe while its nearby Millionaire’s Row of early 20th Century mansions is at the opposite end of the demographic spectrum.

There are plenty of quiet and reserved parts of the neighborhood where everyone gets out and walks in parks and along the streets for shopping, looking or settling in at a local coffee shop for a latte, but also the annual three-day Capitol Hill Block Party of indie, rock and urban music that attracts thousands of fans every July.

Currently for sale is this 4,468-square-foot, multi-level lakefront contemporary with city views across the water and a 110’ dock to house a yacht with room for visitors to tie up their seaplane. Built in 2009, the home has an open floor plan with three bedrooms, four baths, and spectacular views across Portage Bay through glass walls.

Also included is the great room open to the kitchen with bar island and dining, a den/library/office, all topped with a lifetime metal roof, and completely private from the street side. Located in the active Capitol Hill neighborhood, asking price is $7.368 million.