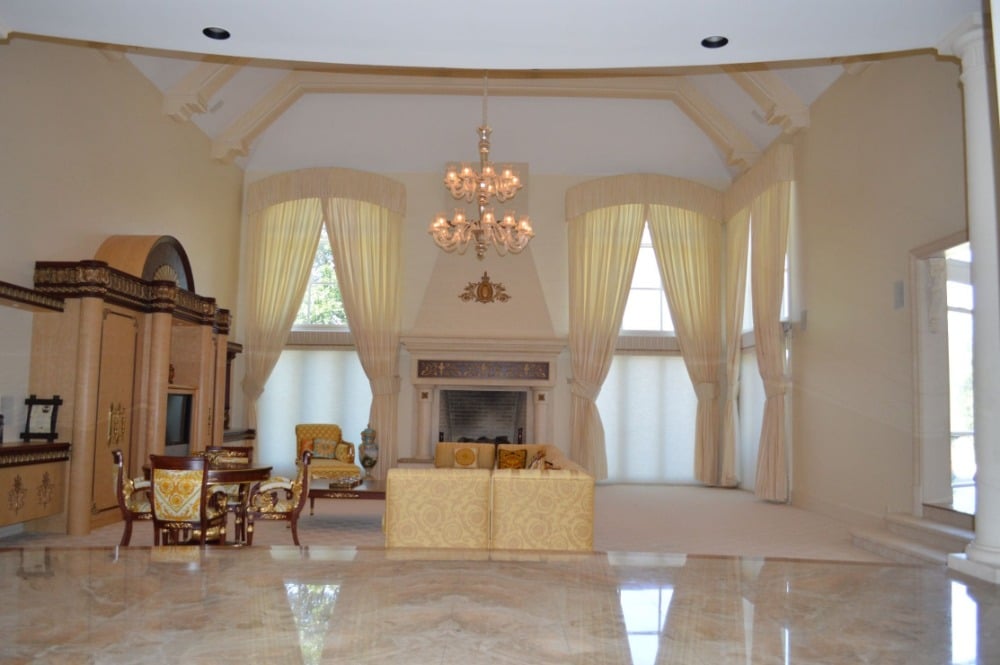 The stunning 16,130-square-foot mansion located in stunning Huntingdon, Pennsylvania where Creed was filmed is now going to auction!

The stunning Huntingdon, Pennsylvania estate where Creed was filmed is now going to auction!

The 16,130-square-foot mansion is secured inside a gated and forested 5.33 acres and offers six bedrooms and eleven bathrooms. The grand foyer boasts a soaring double staircase with a massive great room, bar, arcade gaming, and home theater. There’s a swimming pool outside as well.

This mansion who made an appearance in the Rocky sequel, Creed is going to auction.

Sylvester Stallone is one of Hollywood’s best stories – a real-life homeless, wannabe actor who was so broke that he was sleeping in a New York City bus terminal in the early 1970s, but rose to multiple Academy Awards for 1976’s Rocky that he wrote and starred. A series of Rocky sequels and Rambo hits, themed in rags to riches much like his own life, have been huge box office draws.

In 2015, the sixth in the Rocky series was released. The first that Stallone hasn’t written and directed, though his ongoing character Rocky Balboa was still very much present, Creed is the story of Adonis “Donnie” Johnson Creed, played by Michael B. Jordan, the illegitimate son of Rocky’s friend and rival Apollo Creed. Apollo was killed in the ring in a fight 30 years earlier against Ivan Drago. When Apollo’s widow found out about Adonis, she took him in, educated him, and distressingly watched as he eventually followed in his father’s footsteps – trained by Rocky Balboa. Scenes from that film were shot on location at a stunning Huntingdon, Pennsylvania estate that will be going to auction on November 2nd.

Boxing fans and Rocky followers will also appreciate the mansion’s rags-to-riches story, so important to Stallone’s life and film themes. Built by a self-made auto parts magnate, a coal miner’s son, and former mechanic, the property fell on hard times and after nine years was sold back to the bank that has now placed it on the auction block.

Sited on 5.33 landscaped, gated, and forested acres, privacy is the word for this 16,130-square-foot mansion. With six bedrooms and eleven baths with the guest suite on the lower level separated from the family, the home was built using the finest materials with large fireplaces and impressive chandeliers. The grand foyer features the soaring double staircase featured in the film and also included are a massive great room, cherry paneled library with secret nooks and crannies, a game room with bar, arcade games and an indoor putting green and home theater. Outside the pool and spa terrace overlook the pastoral acreage.

The mansion appearing in the Rocky sequel, Creed, will be going up for bank auction on November 2nd, determining whether it will be sold for rags or riches. 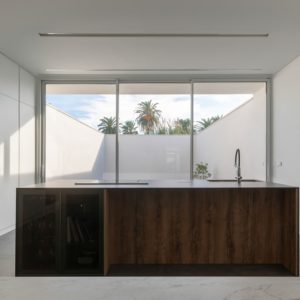 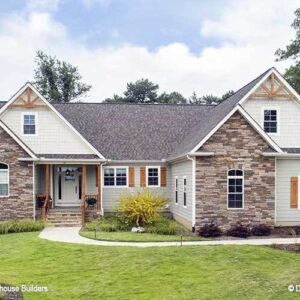