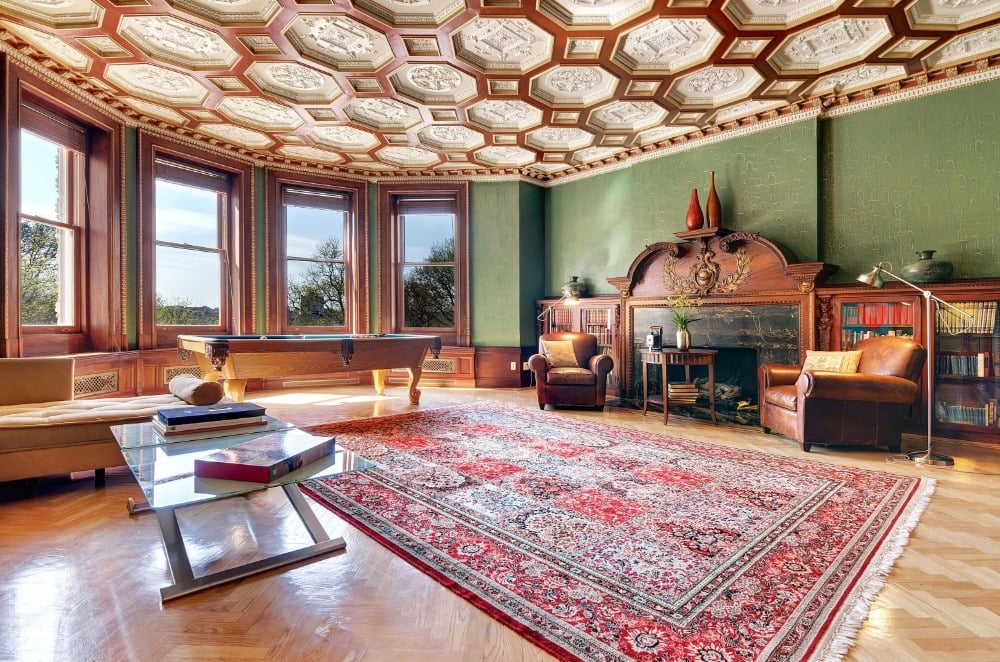 The French Renaissance Revival mansion built by Philip and Maria Kleeburg is going to auction!

The 19th-century Kleeburg Mansion is a 10,897 square feet home boasting eight bedrooms and 10 bathrooms. Elegant formal living rooms, a chef’s kitchen, formal dining, a terrace, an elevator, and a gym, along with a swimming pool are also included.

The owners who bought the property back in 1995 $10 million restored the property to its original glamour and now decided to put it on auction.

New York mansions still intact from the 19th century are usually brimming over in history and historical gossip and the Kleeburg Mansion has some of the most fascinating. The unhappy marriage of the original owners, Maria and Philip Kleeburg was a legend.

Philip was a lace merchant and oil broker, however, his true claim to success was his invention of a calculator that, in time, brought him the president’s position of National Calculator Company. But as successful as he was in business, his personal life was a shambles. He and his wife were known to live separate lives as well as residing in separate residences.

Apparently still getting along in 1896, he and wife Maria engaged society architect Charles Pierrepont Henry Gilbert to design an intricately detailed French Renaissance Revival mansion on Riverside Drive which was constructed by builder Harvey Murdock between 1896 and 1898. Two months before completion of the structure, Philip signed over the property to Maria and moved to a residence on the Upper West Side. Maria committed suicide in the mansion in 1903. Their son Gordon inherited the house but soon sold it.

One of the Kleeburg Mansion’s later more colorful owners was mining heir William Guggenheim, who merrily rented out its rooms to a collection of showgirls. Gordon Kleeberg bought back the house in 1943 and turned it into full-floor apartments. The current owners, who bought it in 1995 for $10 million, have been restoring it to its original glamor for the last 18 years. Although they have put it on the market a couple of times in the past, the restoration has never slowed. Most recently they offered it as a rental at $60,000 per month and had two very interested potential tenants, but then decided to go ahead and sell it instead.