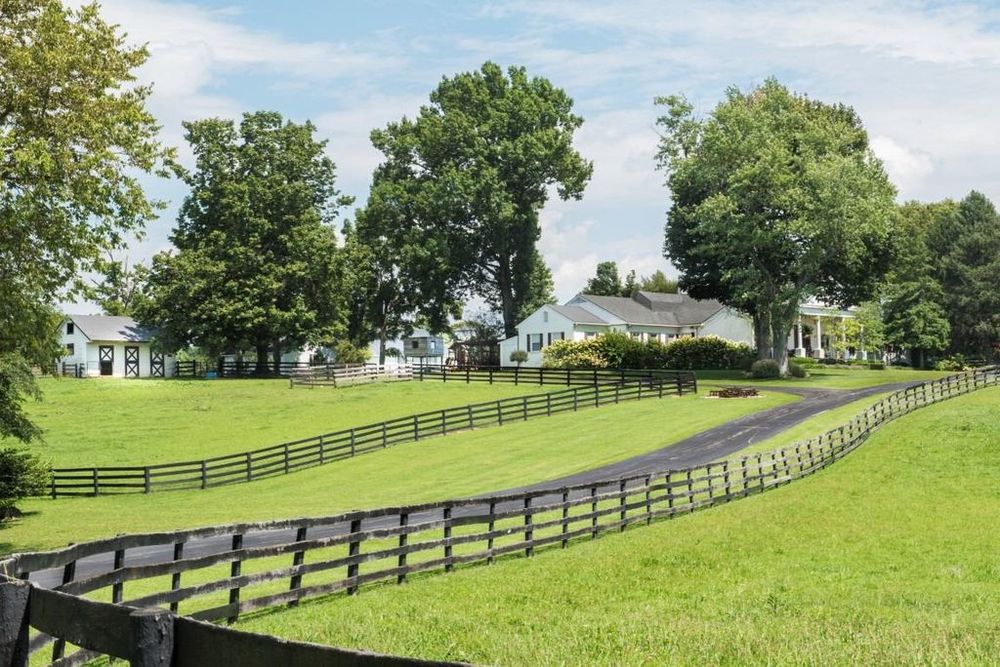 Those within the Venn diagram of people who love Johnny Depp and horses will love this property for sale. A 41-acre horse farm, owned by the actor (twice, no less) is up for sale. It's the perfect getaway from the hustle and bustle of Hollywood, where nature roams free.

When it comes to versatile actors, none can really compare to Johnny Depp. Depp is well-known for portraying a vast array of characters, from quiet recluses like Edward Scissorhands to the inimitable Captain Jack Sparrow. Now, one of his multiple properties is for sale – a horse farm in Kentucky.

What We Liked Most About This Property

Living in an area surrounded by nature always sounds appealing, particularly when you have over 40 acres of land on which to ride and explore. While you will have to supply your own horses, this farm is the perfect getaway for someone tired of the hustle and bustle of city life.

The house itself isn’t grand or opulent but has a quaint, almost cottage-like feel to it. Even though it’s more than spacious at 6,000 square feet, the rooms are relatively small, giving the property a warm and cozy vibe. We can imagine what life was like on the farm decades ago. Apparently, Depp bought the property back in 1995 for his mother, Betty Sue Palmer.

The actor grew up in Kentucky, so the farm was a way for him to recapture part of his childhood. Interestingly, he sold it in 2001 but repurchased it in 2005. It’s unclear why the back and forth, but perhaps his star turn in Pirates of the Caribbean in 2003 had something to do with it.

Overall, those who love horses and farm life will appreciate all that this property has to offer. The primary bedroom and kitchen are newly renovated, giving them a more updated and modern look. Fortunately, the old-school charm is still there, even if the appliances and countertops are new. There is also a guest house on the grounds for friends or family who come to visit.

Johnny Depp is an A-list celebrity today, but that wasn’t always the case. Part of Depp’s appeal is that he doesn’t go for the “leading man” roles – opting instead for the “weirdos and creeps.” The actor got his first big break on the TV series 21 Jump Street in 1987, although his experience on that show is part of what made him resist going too mainstream. In his words, he felt more like a “product” than an actor and vowed only to take roles that felt right to him.

After Street, Depp gained critical acclaim for his turn as Edward Scissorhands in the 1990 film. Although his character spoke very little, Depp was able to portray Edward’s loneliness and pathos through facial expressions and mannerisms.

Most of Depp’s career is littered with these kinds of roles, including Benny and Joon, Ed Wood, and Fear and Loathing in Las Vegas. Until Pirates of the Caribbean came out, he was seen mostly as an auteur than a Hollywood star. Since Pirates, however, Depp has enjoyed much more mainstream success, although many of his roles are still more eccentric than most. Films like Rango, Charlie and the Chocolate Factory, and Alice in Wonderland are a testament to his skills and craft.